20 Of The Most Hilarious Cat Shaming Signs

You’ve heard that kids do the darnedest things, right? Well, cats do the darnedest things too. These 20 cats went all out and because of their craziness, shocking behavior, and rude behavior, they were shamed by their owners. Some of them clearly show their shame in these photos and some flat out look like they are ready to cause trouble again. If you have a cat, it’s pretty likely you’ve been through one or more of the following circumstances. 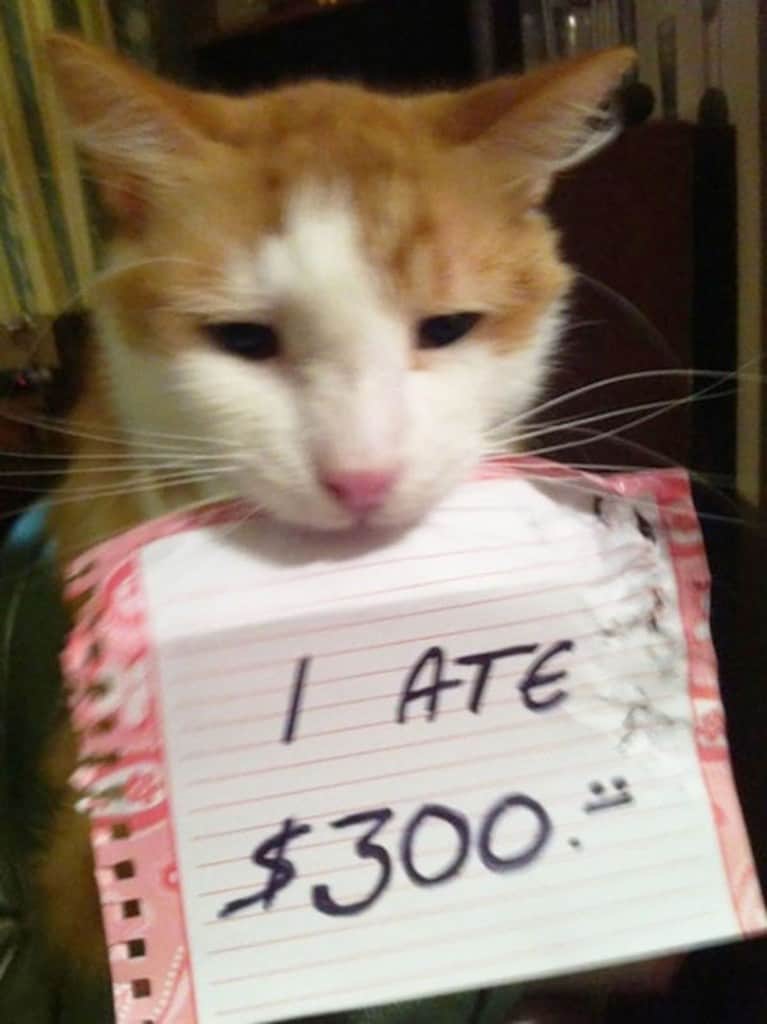 It’s bad enough when you have a pet that eats a few dollars, but this bad kitty ate half the rent! 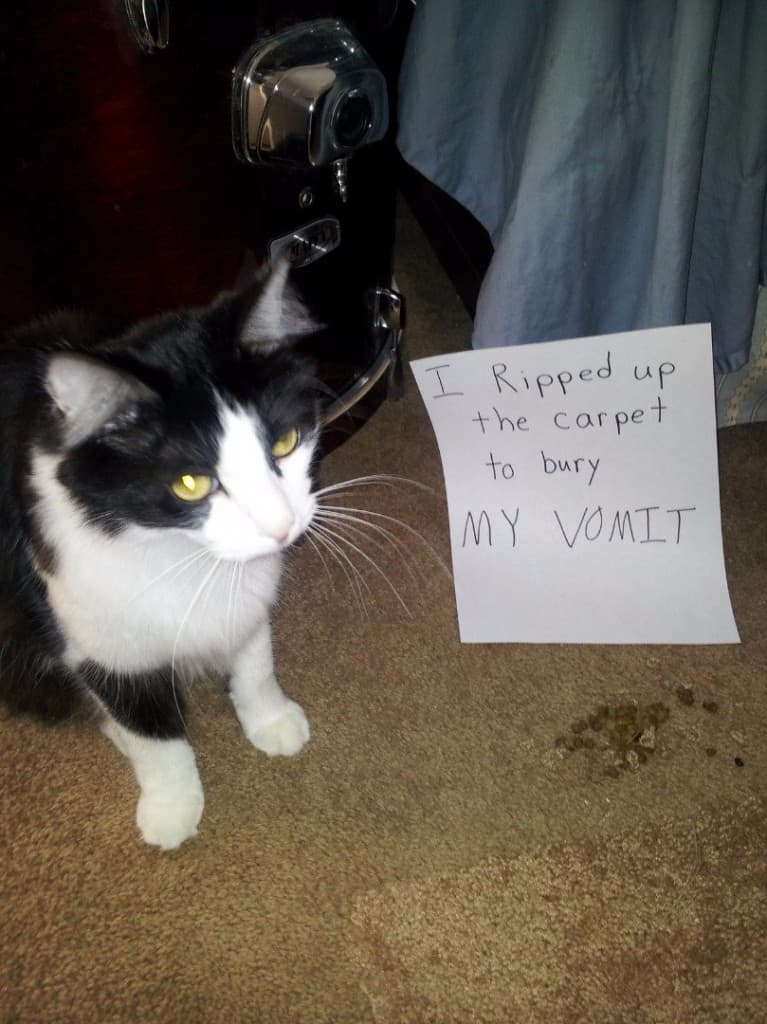 This cat has so much shame that he tried to hide part of it. Poor kitty was just sick.

Did He Learn His Lesson? 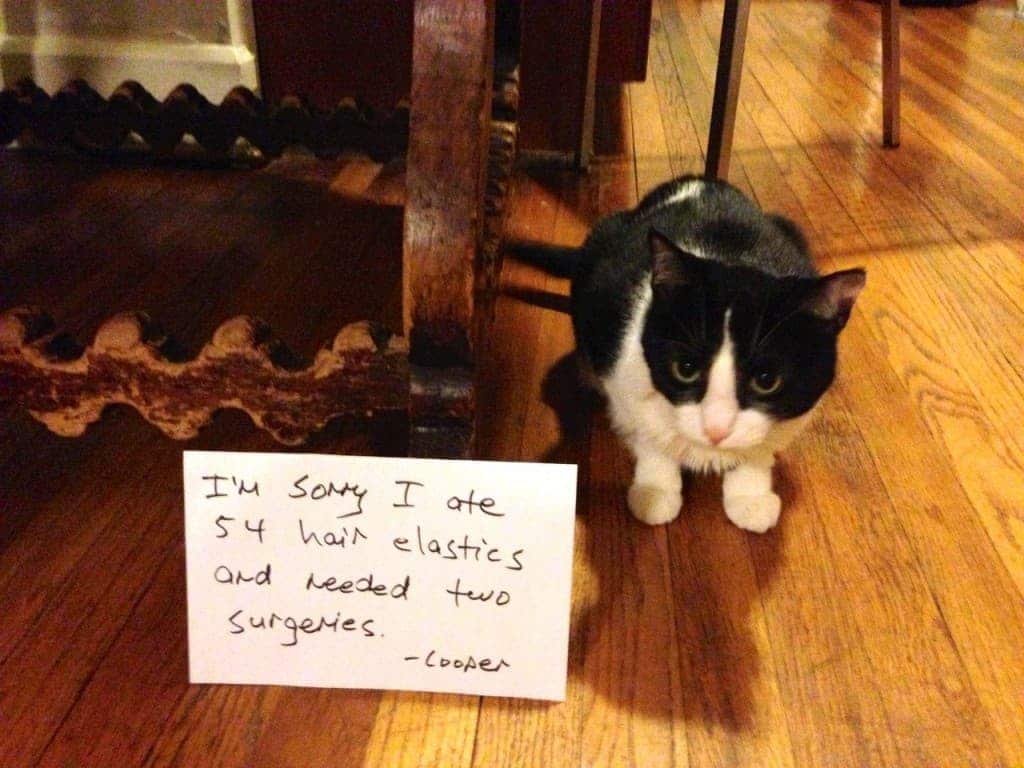 Cats and dogs both eat crazy things sometimes. This cat should be glad it had pet parents with enough money for that vet bill! 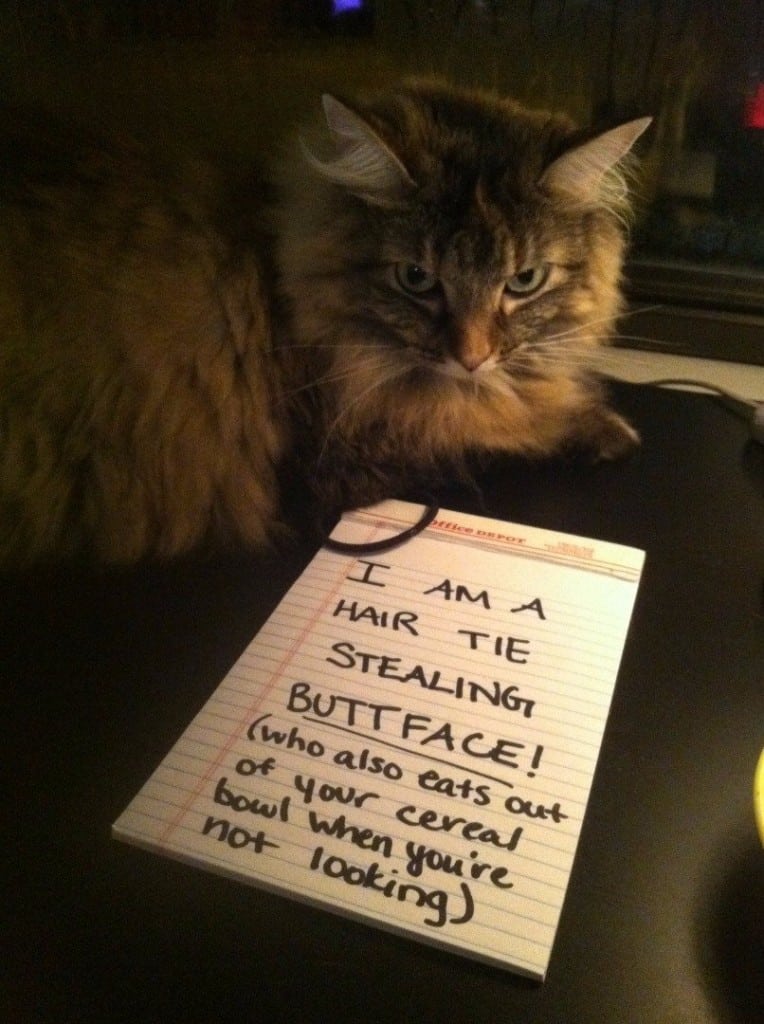 At least this one doesn’t eat them. Although he does like cereal.

The Worst Mouser Ever 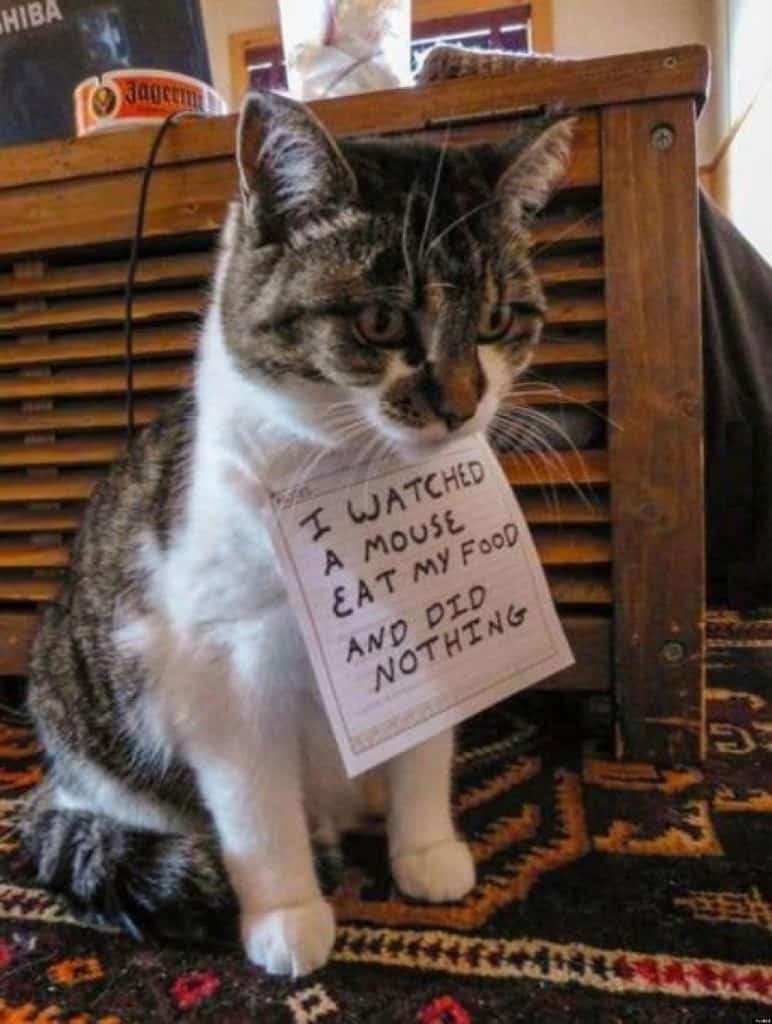 Yep. This cat should be ashamed. What’s the point in having a cat if they aren’t going to get rid of the mice? 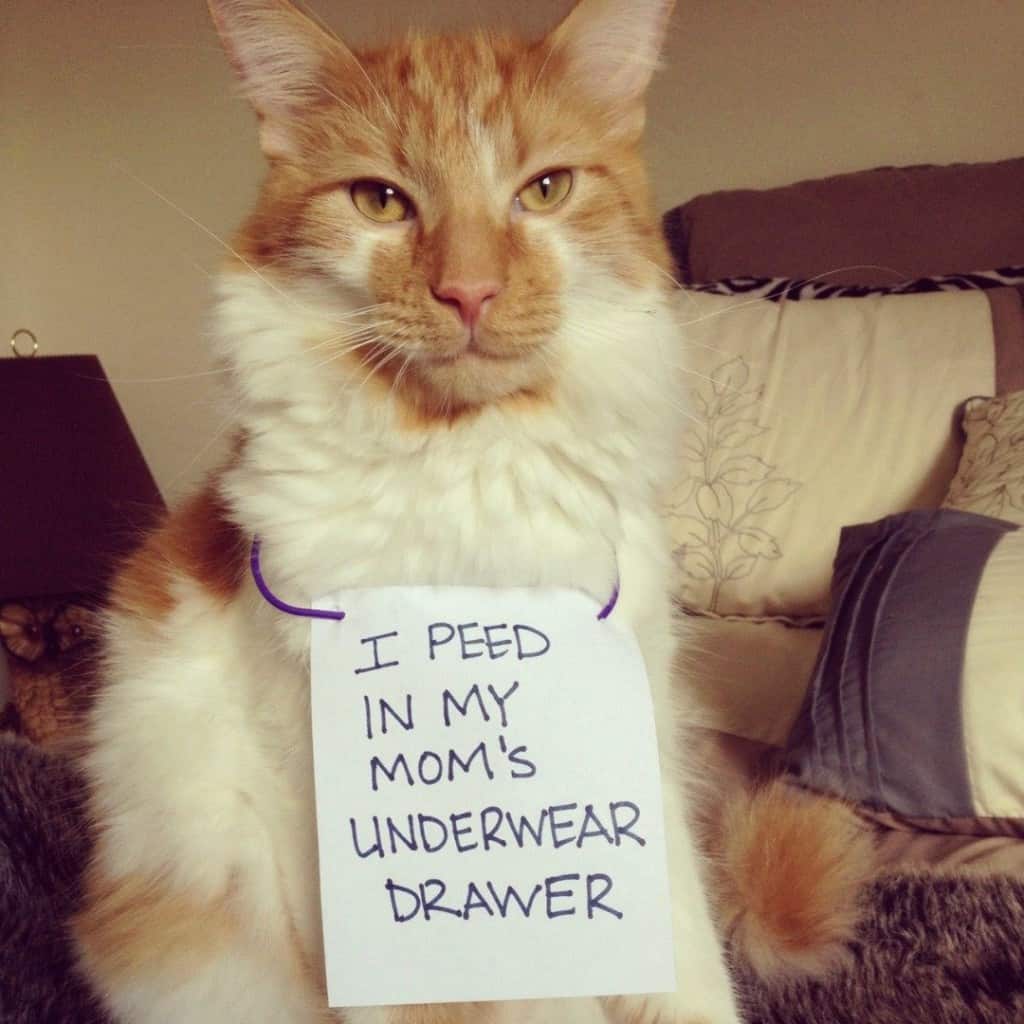 I guess the lesson here would be to keep your underwear drawer closed. 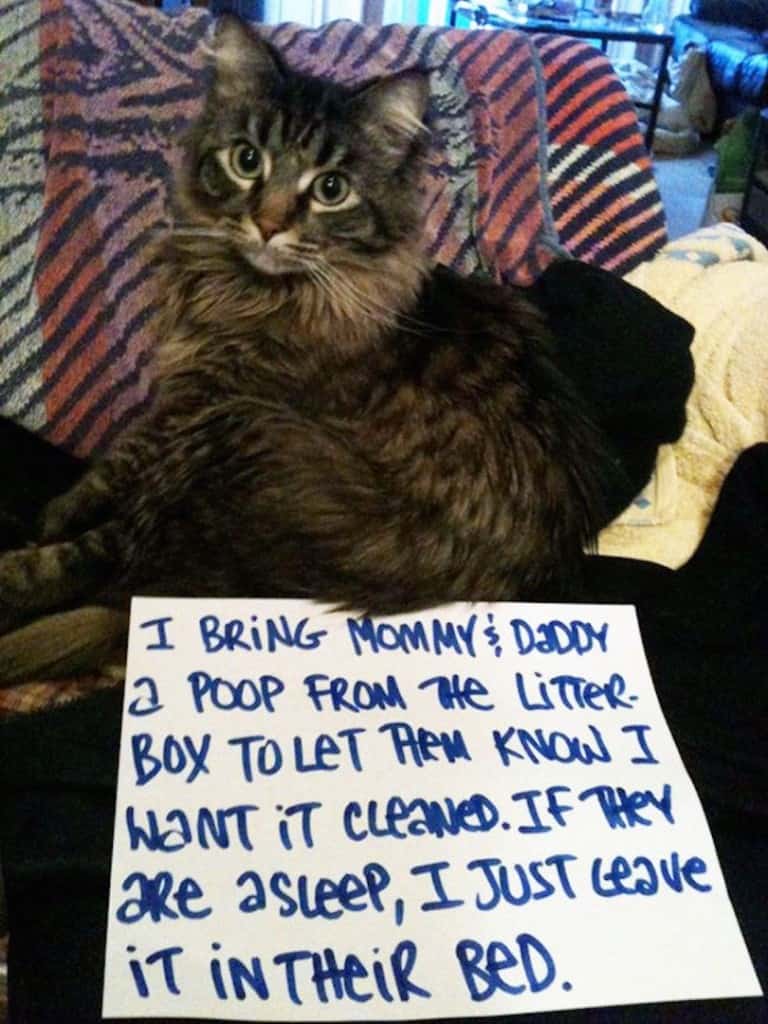 Well, isn’t that a poopy thing for a cat to do? 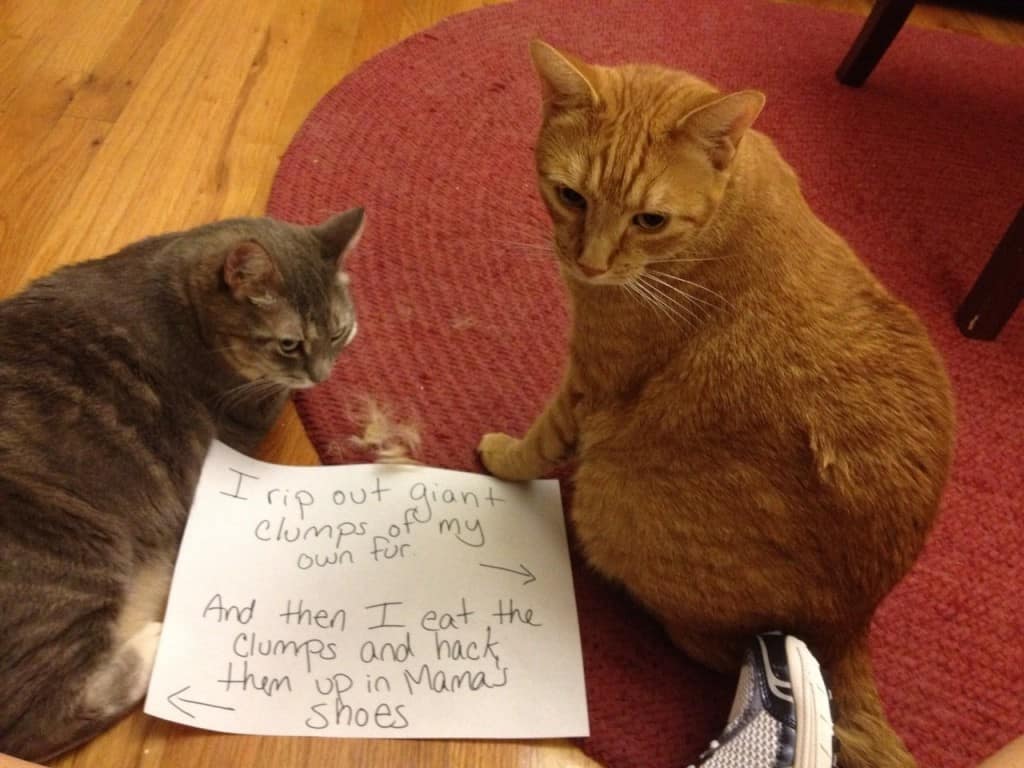 These two cats are both naughty. One of them is definitely enabling the other, but it’s hard to tell who is worse! 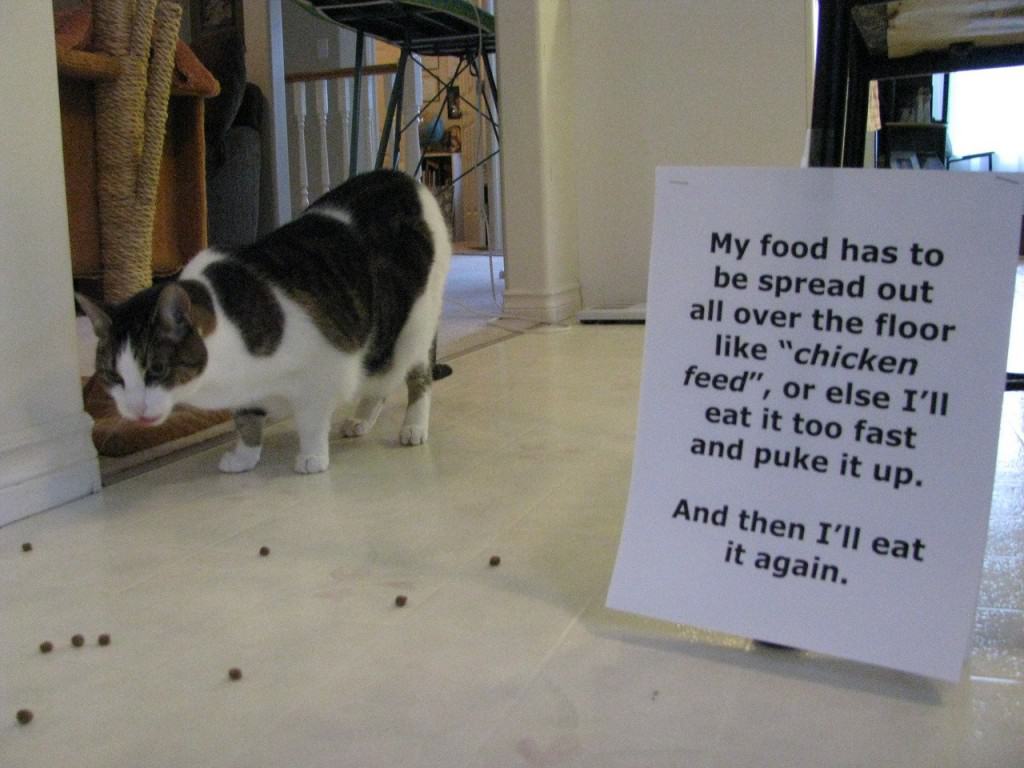 When it solves the issue of a fast eater, a floor full of cat food is the least of your problems. 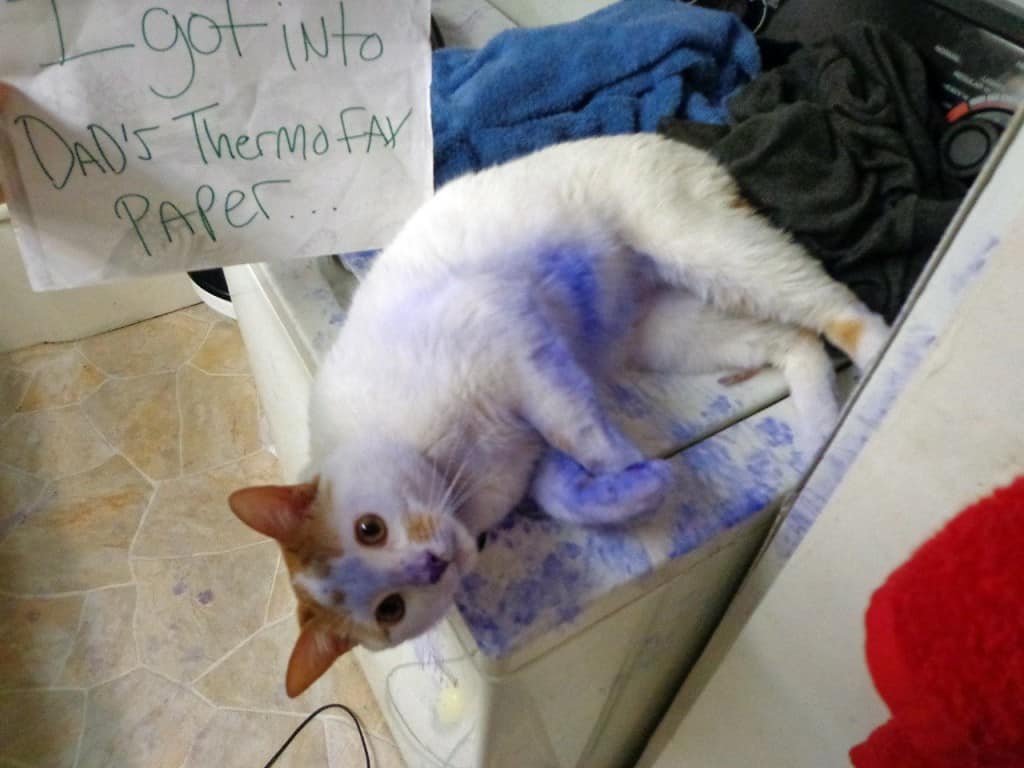 Cats are curious and sometimes their curiosity can make them blue, literally. 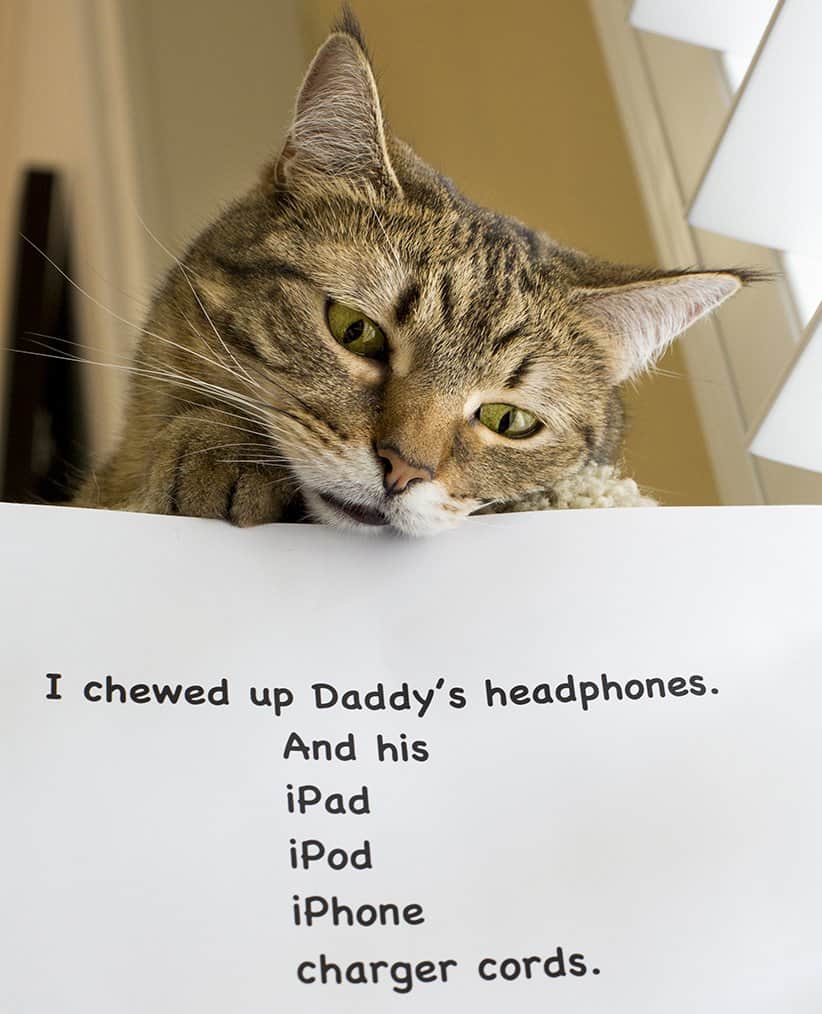 Maybe you’re not feeding them enough? Or, maybe this cat just needs some fun toys of his own so he quits eating yours. 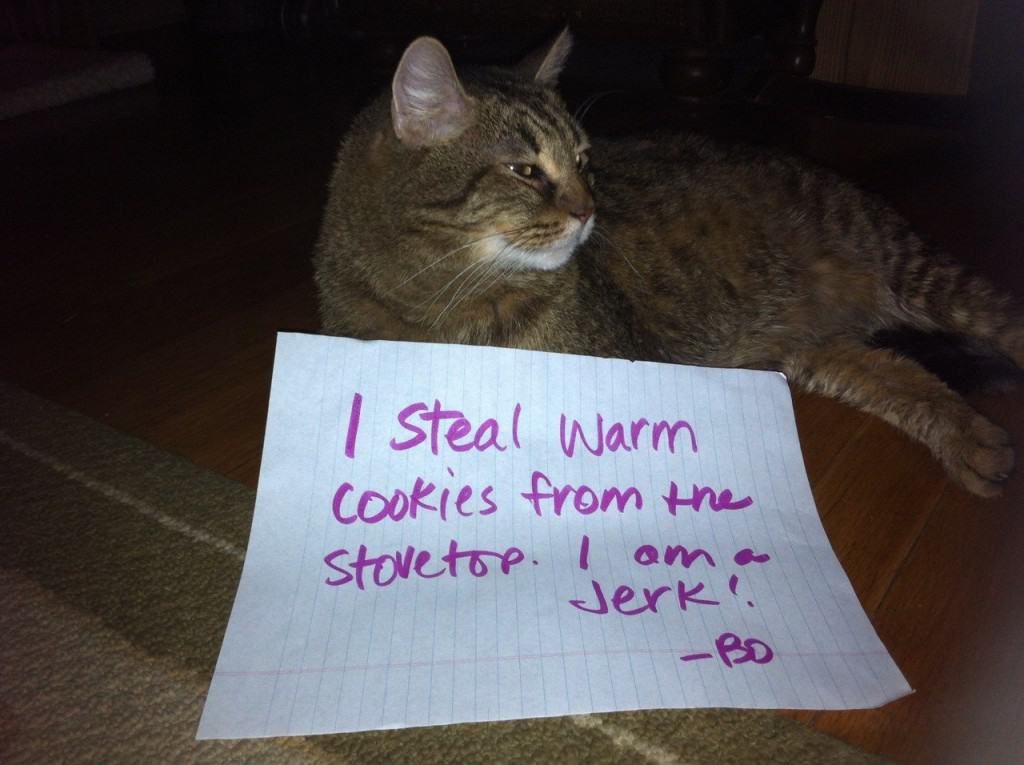 The way to solve this is to keep those warm cookies up higher, or in a sealed container until it’s time to eat them. 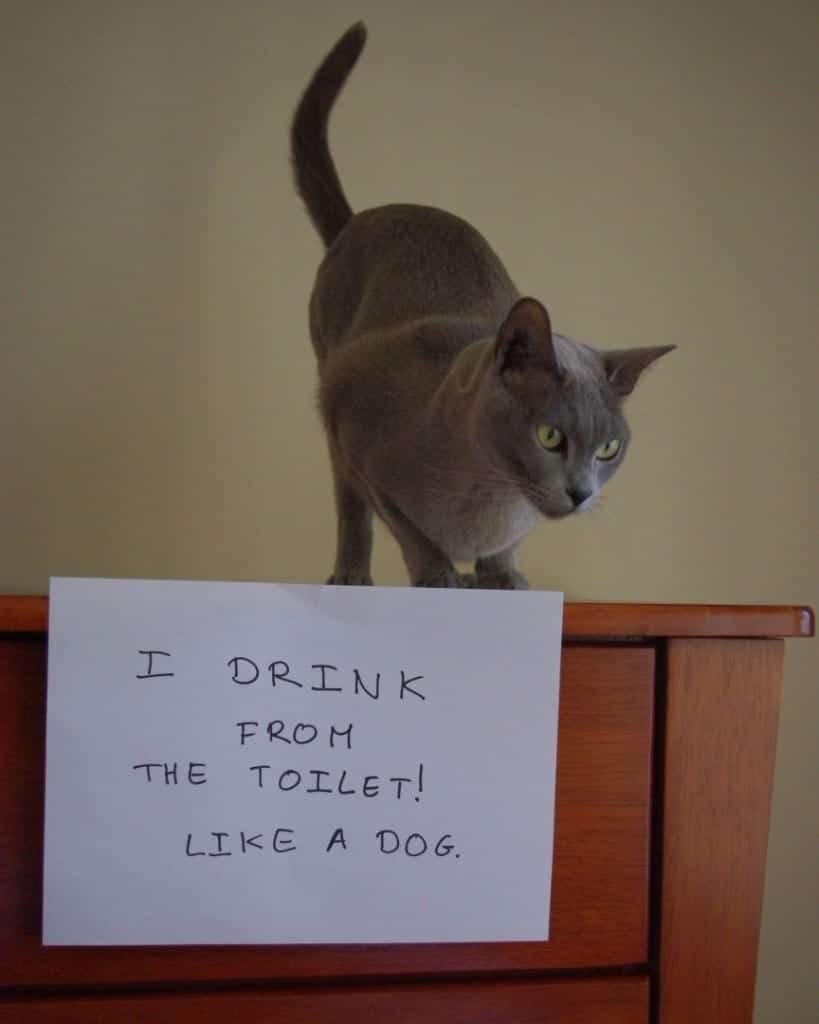 In his defense, toilet water is nice and cold. 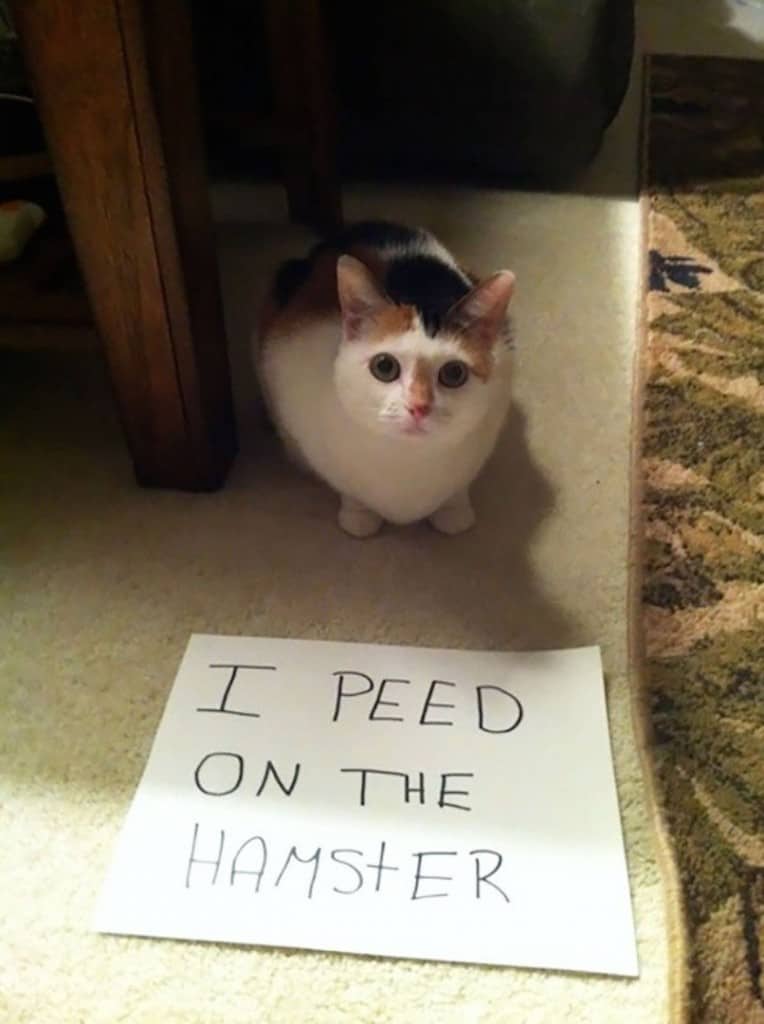 This cat just loves the hamster so much he had to mark him as his territory. 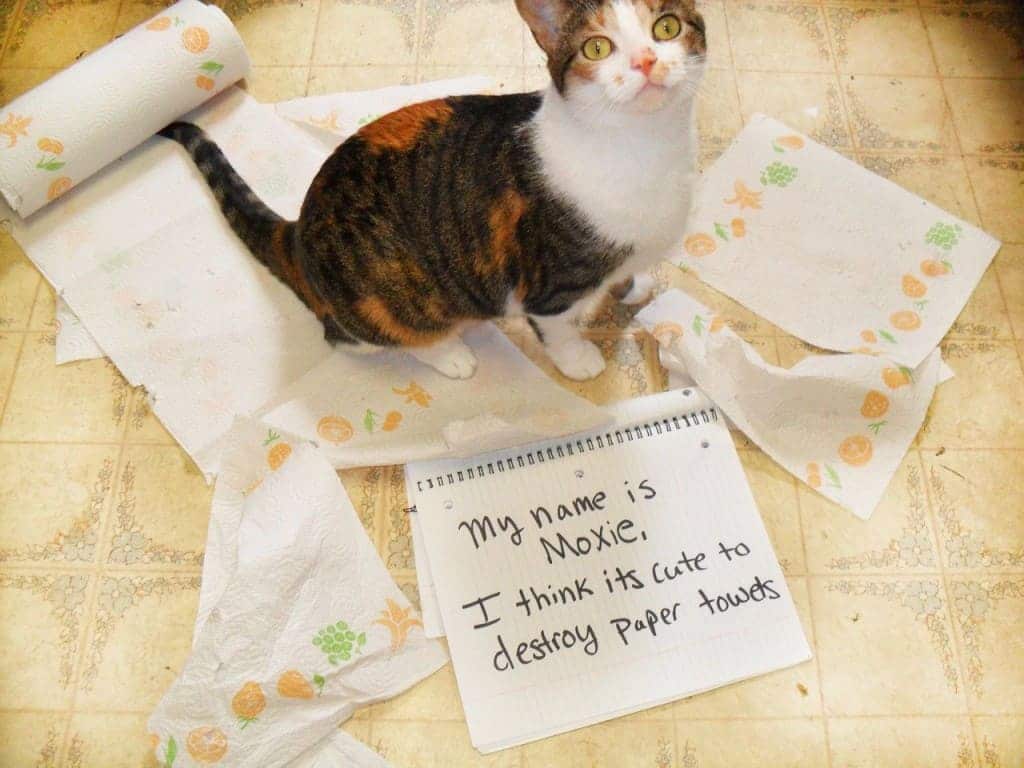 The next step up from this will be a toilet paper roll addiction. Make sure you keep the toilet lid shut! 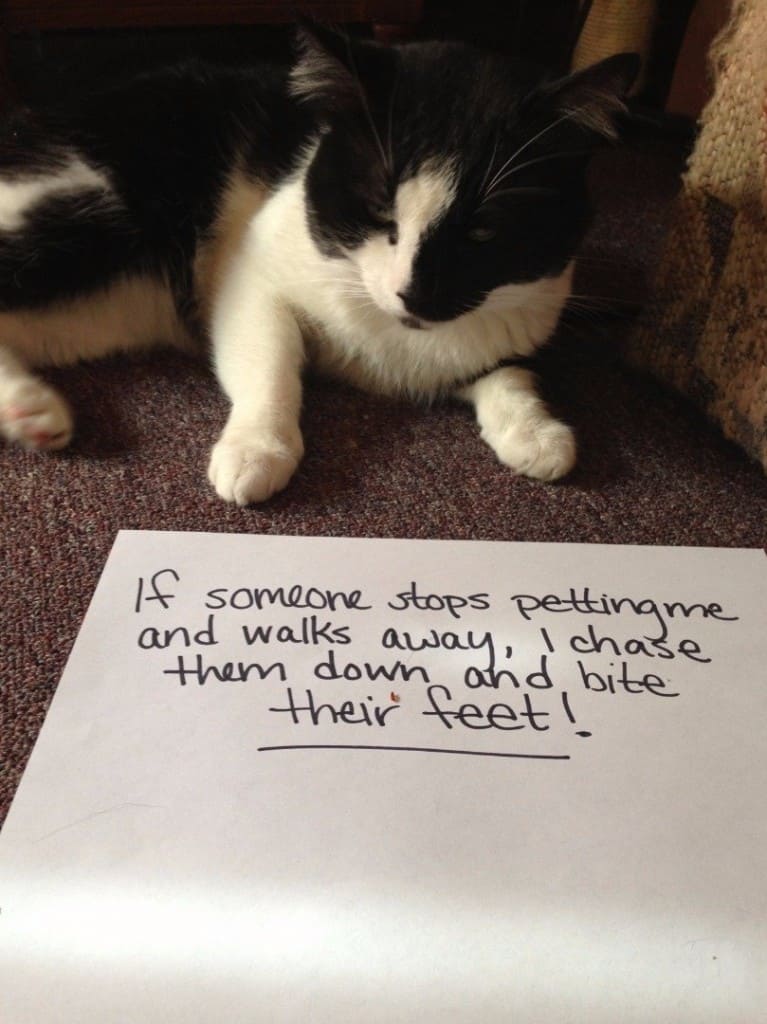 In other words, don’t stop petting this cat until he chooses to walk away. 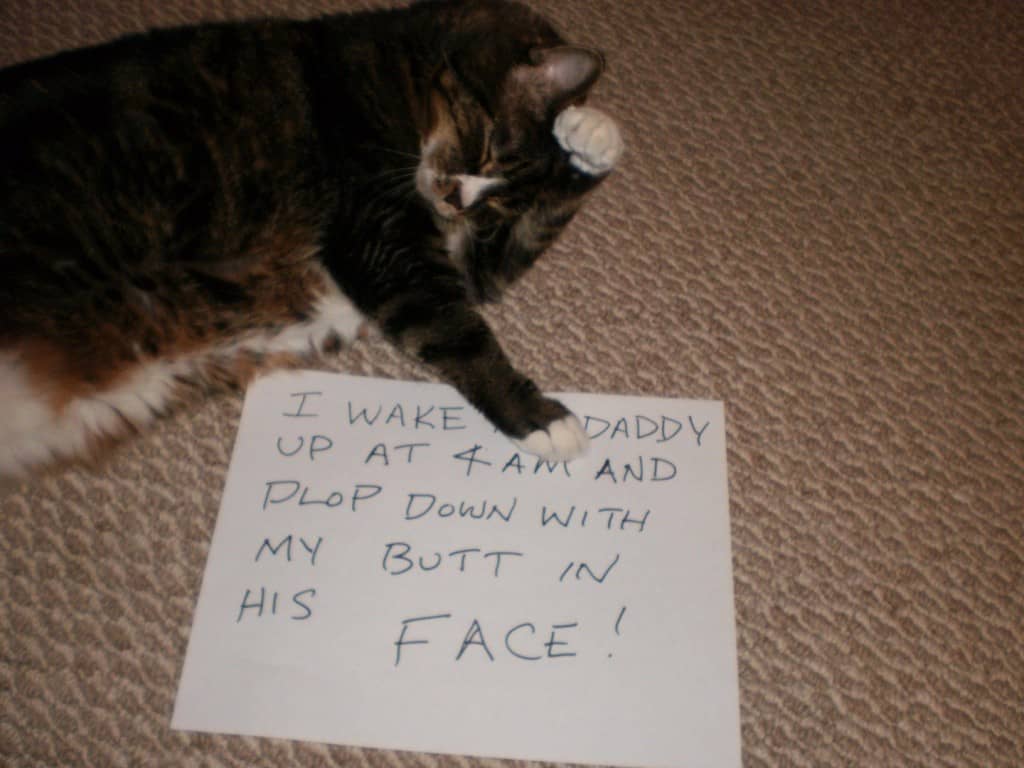 This cat is definitely a jerk.

The Cat Who Cried Wolf 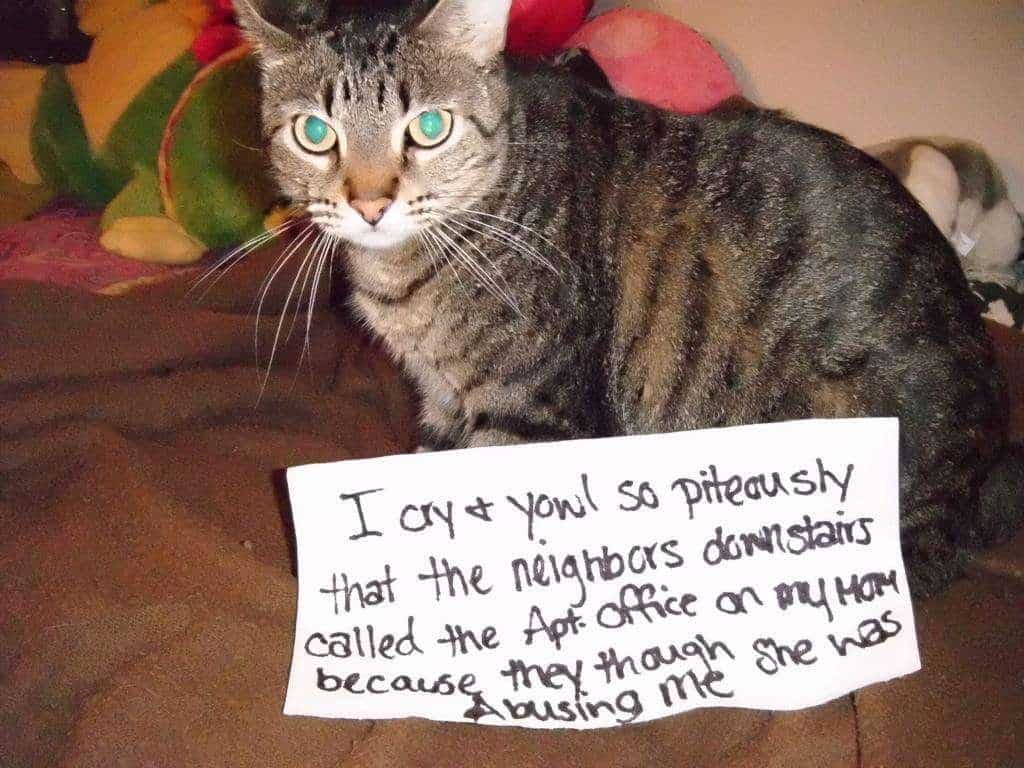 Some cats just want more attention than you have time to give. And, in turn for your busy lifestyle they pay you back with warning from the office. 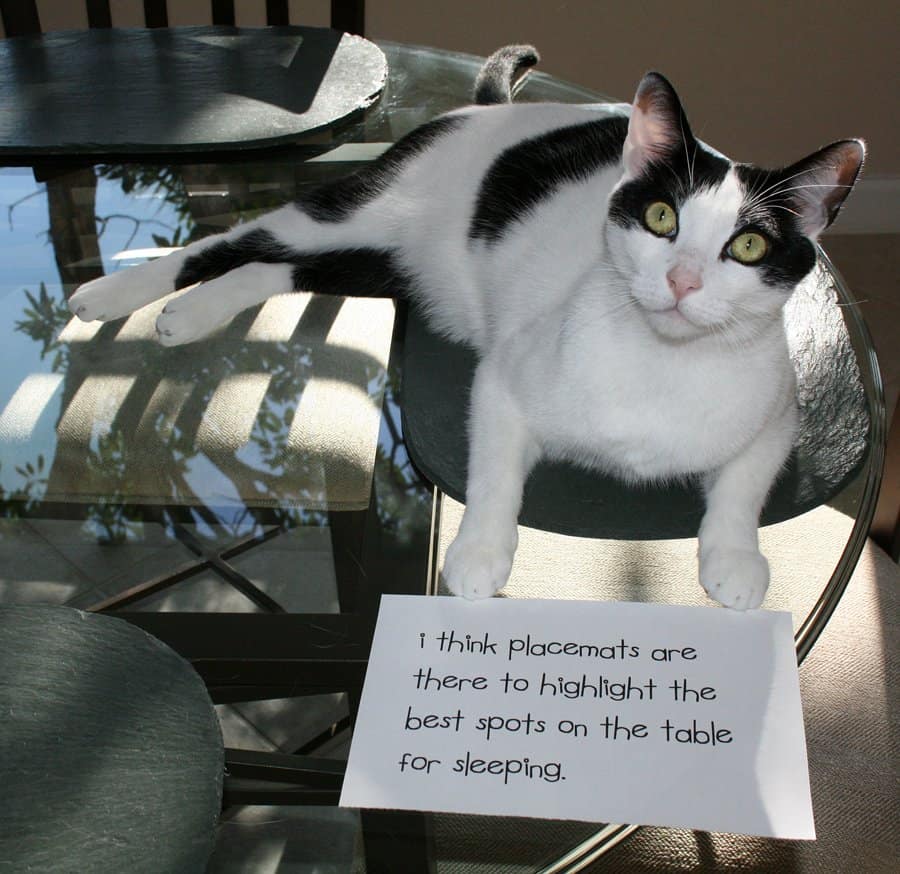 He probably just wants to be used as a plate so he can eat your dinner for you. 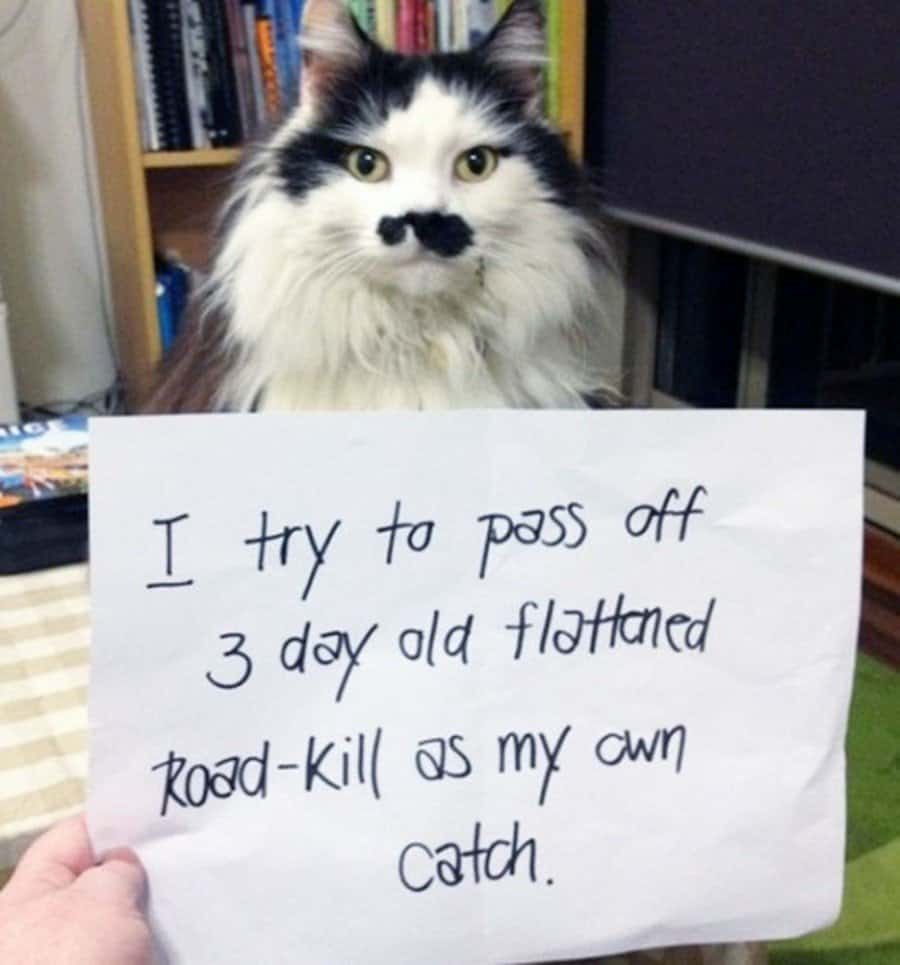 Every cat needs to bring it’s owner a dead surprise sometime or another. This one just cheats at it.