When Twitter first launched in 2006, it was hard to imagine it becoming the social media giant it is today. According to Twitter’s website, they currently have over 288 million monthly active users, and 500 million tweets are sent per day. Among these 288 million users are many celebrities who use the platform to connect with their adoring fans – or their haters. Like anyone else, celebrities make mistakes too. Some of these mistakes happen to be sending out embarrassing and regretful tweets, and here is a collection of twenty of the worst of them. 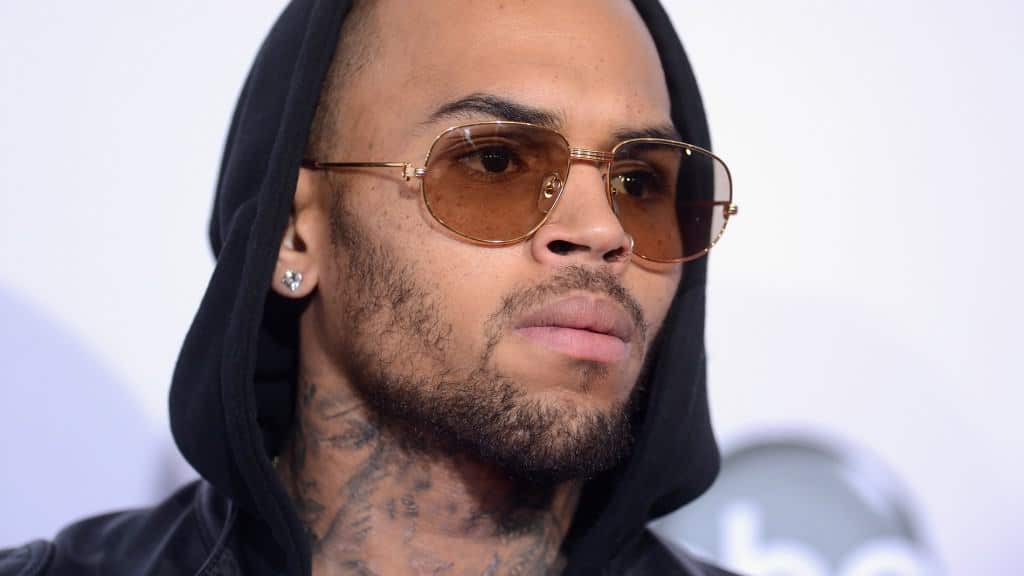 Singer Chris Brown definitely isn’t known for being well-behaved, or for making very good decisions. When he tweeted, “I know a lot of you wack ass (OLD) celebrities probably wanna f— my ex, but talking sh-t on me wont get you far! and to be REALLY HONEST, ya’ll wonder why ni— spazzes all the time,” he still managed to surprise his followers with how low he could go. In the tweet, Brown was referencing his ex, Rihanna, who he beat up in 2009, and the tweet was deleted shortly after posting it. 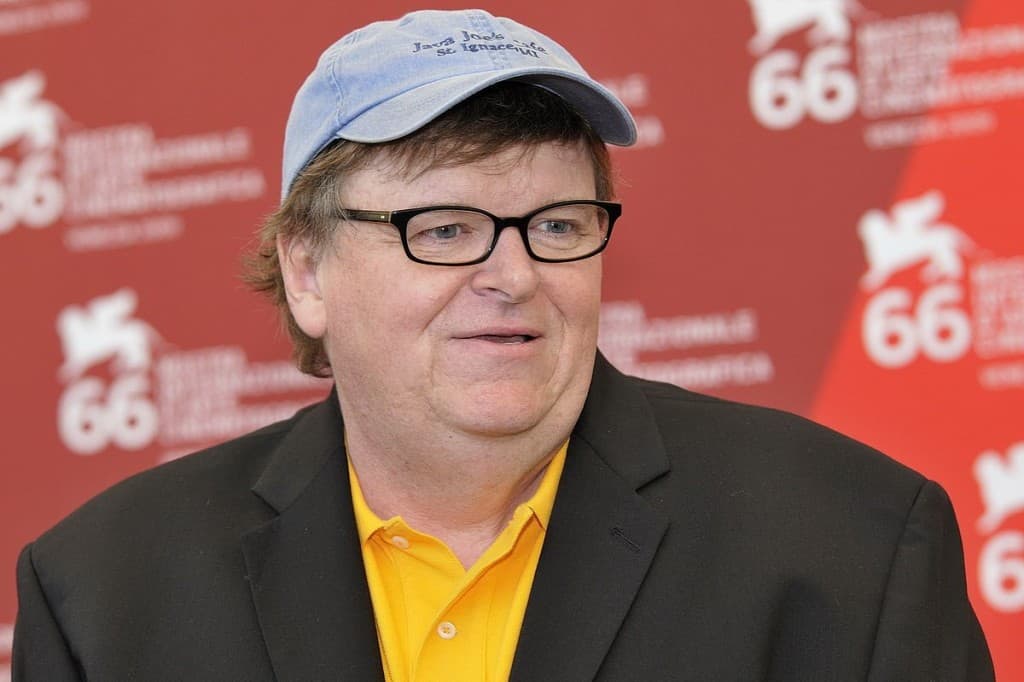 Filmmaker Michael Moore has always been outspoken. When he tweeted about Clint Eastwood’s latest film, American Sniper, he sparked a lot of controversy. The film is based on real-life American Sniper, Chris Kyle, who is credited with being the most deadly sniper in US Military history, and was killed by a fellow veteran in 2013. Moore tweeted, “My uncle killed by sniper in WW2. We were taught snipers were cowards. Will shoot u in the back. Snipers aren’t heroes. And invaders r worse.” Although many liberals took Moore’s side, many right wingers were outraged. 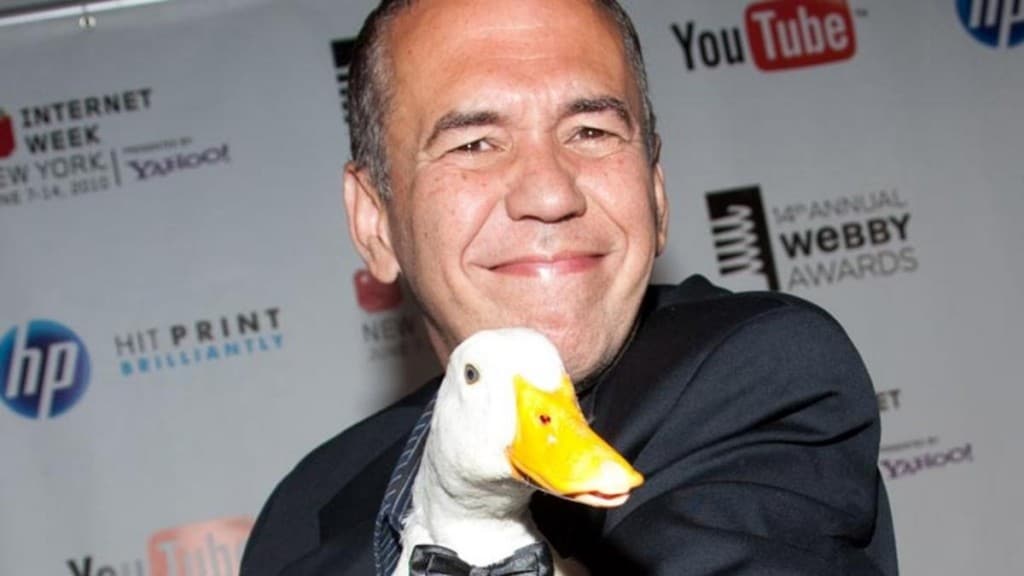 Most comedians aren’t known for being able to keep their mouths shut about sensitive topics, and Gilbert Gottfried contributed to this stereotype in 2011 with some regretful tweets. When Japan was hit with a massive and devastating tsunami, Gottfried tweeted, “Japan is really advanced. They don’t go to the beach. The beach comes to them.” Not only was the public horrified, the tweet cost Gottfried his job as the voice of the Aflac duck. 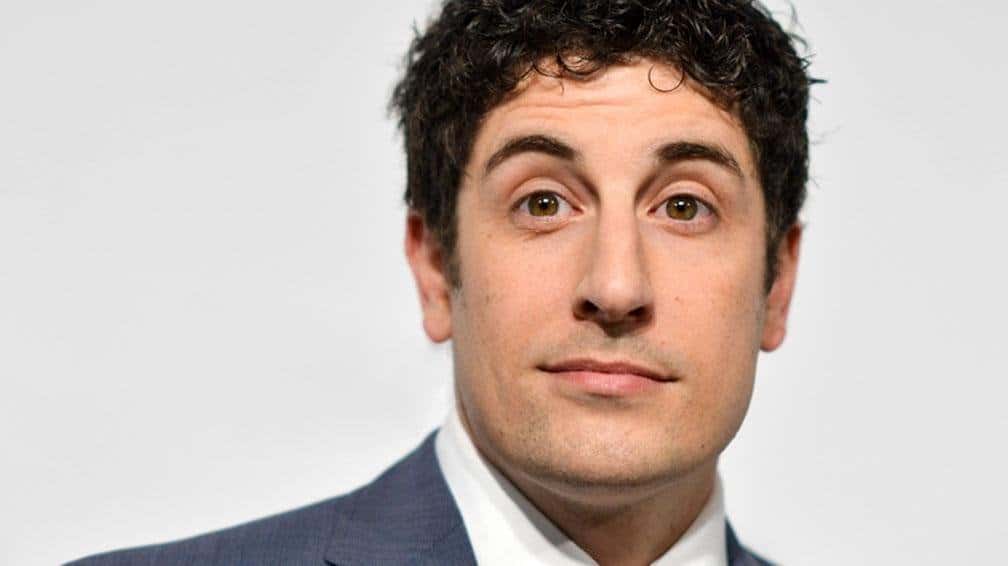 Only an hour after it was announced that Malaysian Airlines Flight 370 crashed, actor Jason Biggs took to twitter and asked, “Anyone wanna buy my Malaysian Airlines frequent flier miles?” His tweet was definitely not well-received, and he tweeted a four-part apology shortly after. 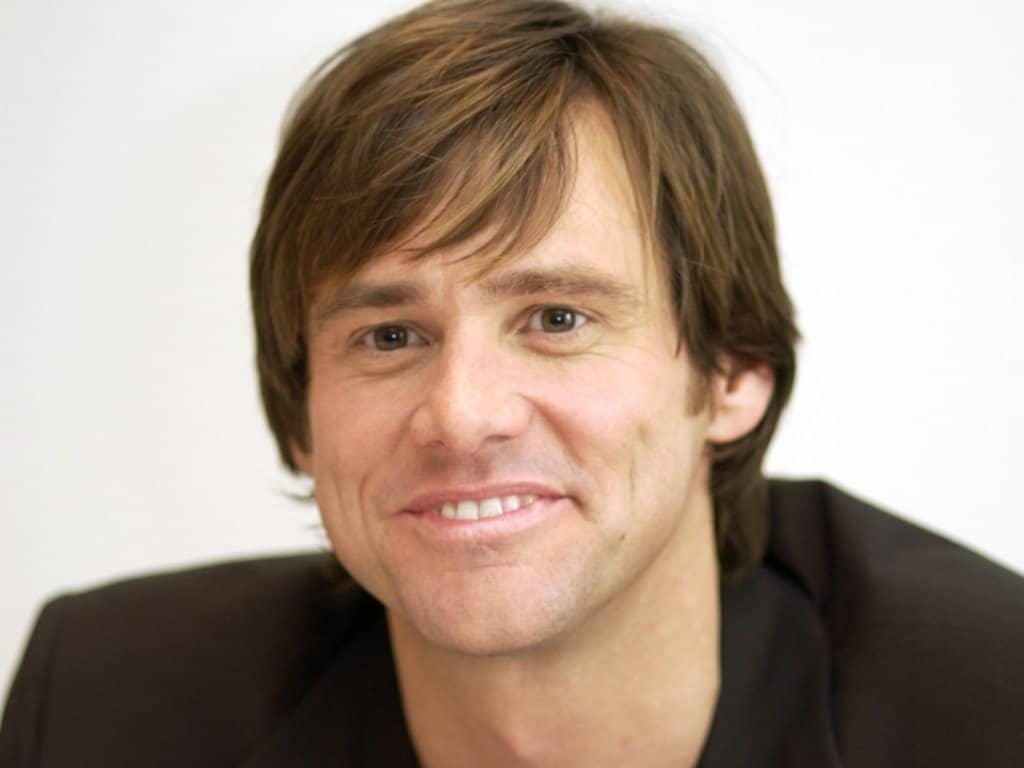 When a Hollywood scandal breaks, everyone has to tweet their two cents about it. So, in 2009 when golfer Tiger Woods was found to have been unfaithful to his wife on several occasions, Carrey offered up his point of view via Twitter: “No wife is blind enough to miss that much infidelity. Elin had 2 b a willing participant on the ride 4 whatever reason. kids/lifestyle ;^)”. Elin was Wood’s wife, and those who read Carrey’s tweets were understandably upset that he focused on Elin’s role in Wood’s infidelity, rather than Tiger’s. 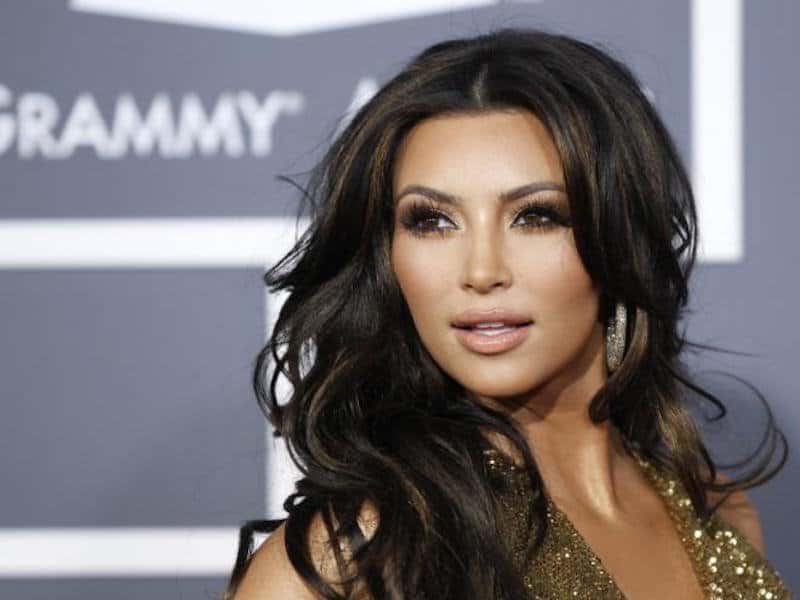 A collection of mortifying tweets wouldn’t be complete without one from one of the most controversial public figures ever. Kim Kardashian tweeted a photo of her holding a kitten by the scruff of its neck in 2010, and the public was none too pleased: she was immediately bombarded with accusations of animal cruelty. Kardashian did not apologize, rather she explained, “Rest assured, the owner and vet were on set and showed me how to pick him up. The cat was not harmed in any way and is perfectly fine! I love animals and would never do anything to harm animals.” 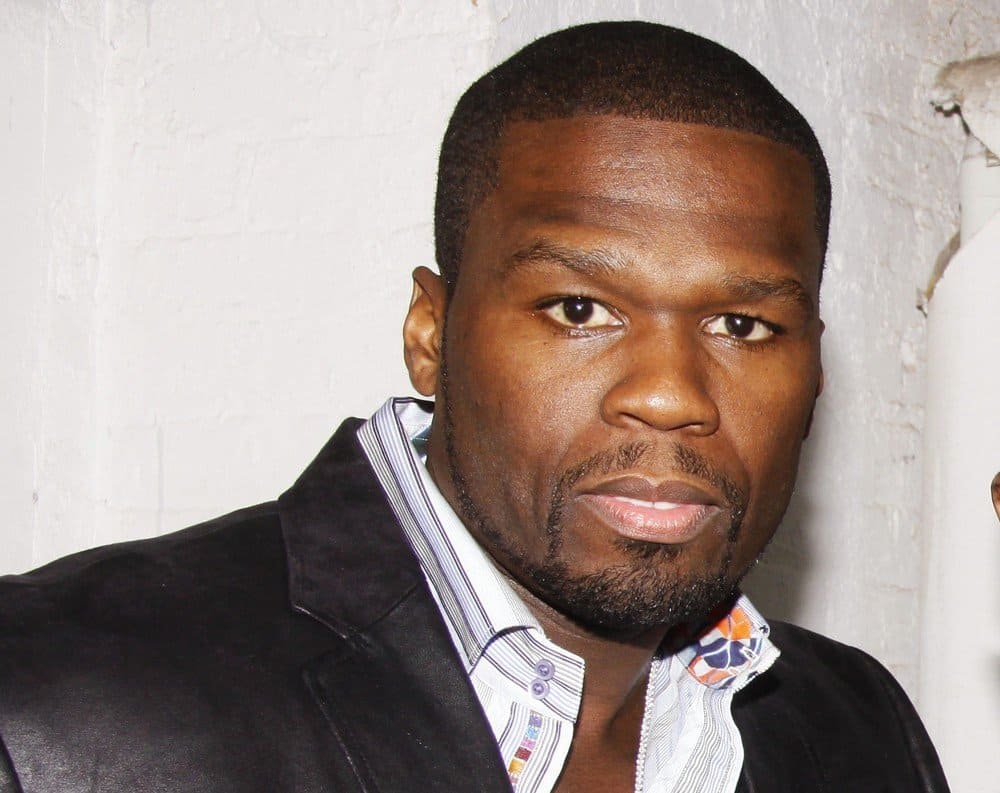 Rapper 50 Cent may not have much in common with Gilbert Gottfried, but he too tweeted something majorly offensive after the 2011 tsunami in Japan. He wrote, “Wave will hit 8am them crazy white boys gonna try to go surfing” / “Its all good Till b*tches see there [sic] christian louboutins floating down da street sh*t gone get crazy,” and refuses to apologize to this day. 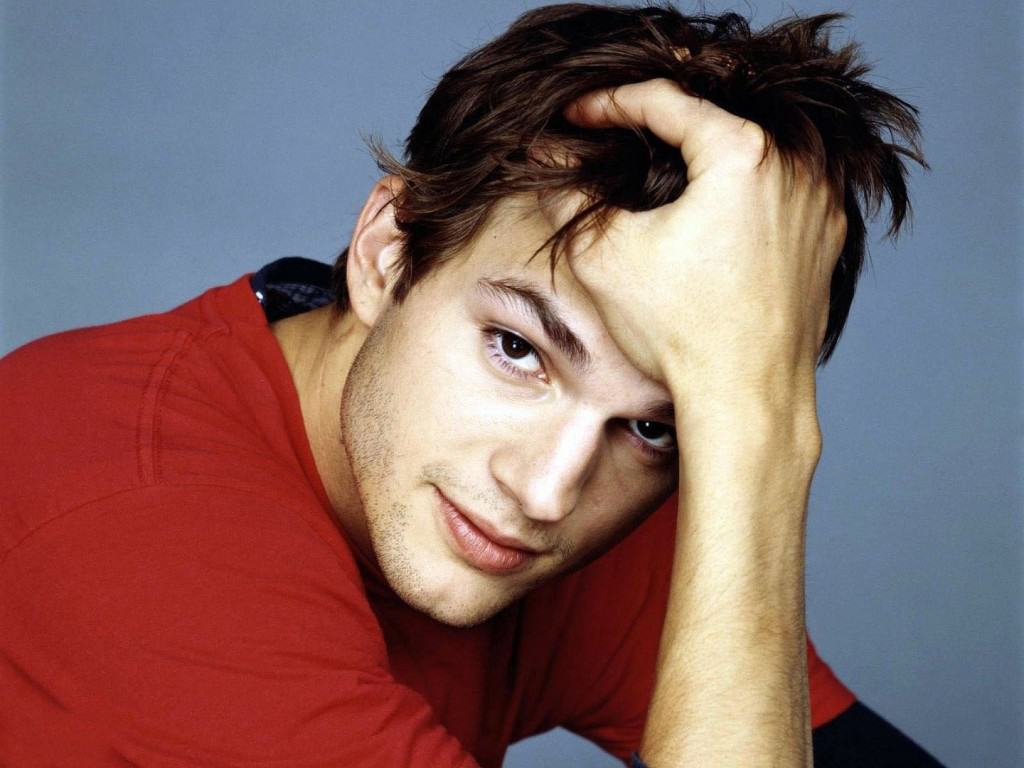 Former Penn State football coach Joe Paterno was fired in 2011, amid allegations that he sexually abused children. Shortly after Paterno was fired, actor Ashton Kutcher tweeted, “How do you fire Jo Pa? #insult #noclass as a hawkeye fan I find it in poor taste,” to the horror of basically everyone. Not long after, Kutcher explained he had no idea about the sexual abuse allegations, and expressed his remorse several times. 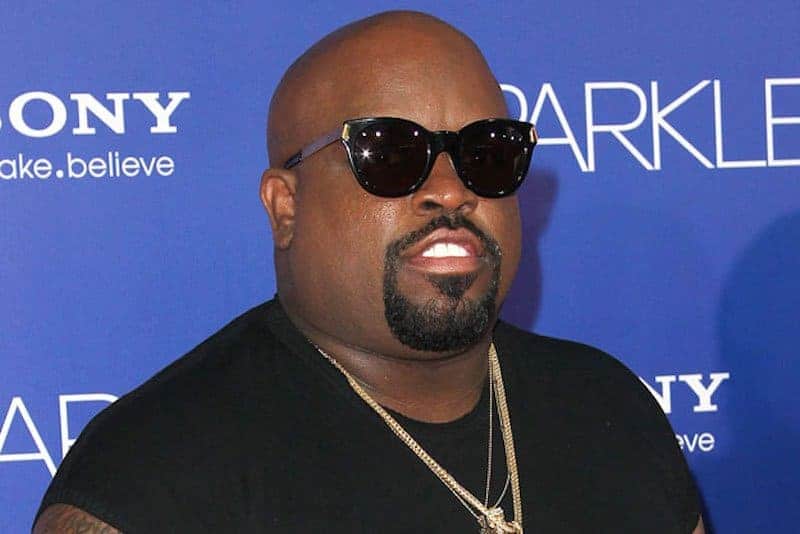 Singer Cee Lo Green found himself in some very hot water over a tweet in September of 2014. Green tweeted, “if someone is passed out they’re not even WITH you consciously! so WITH Implies consent.” His tweet was interpreted as him saying sexual assault is only sexual assault if the other person is conscious. Not long after the backlash began, Green apologized and also deleted his Twitter account. 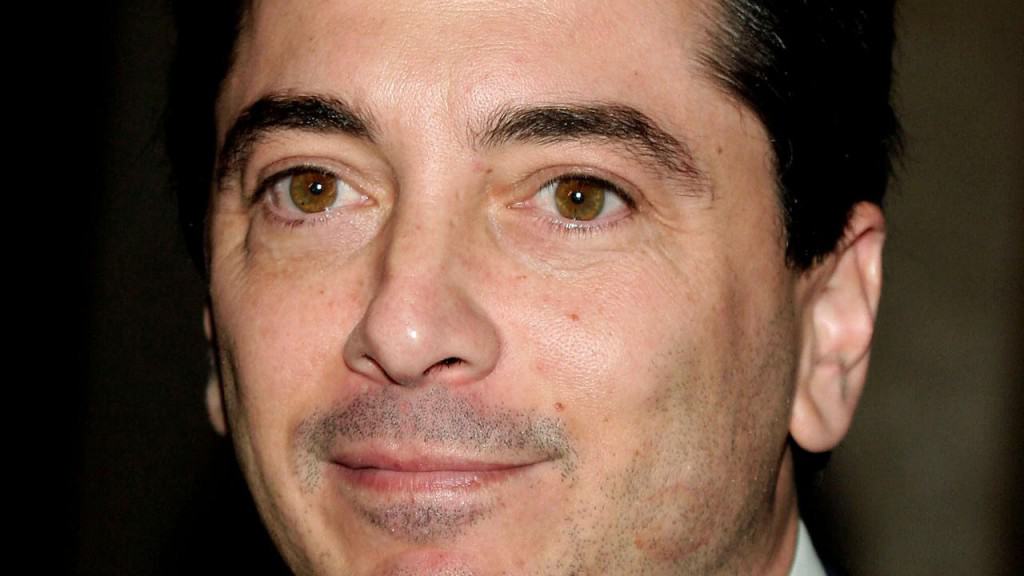 Actor Scott Baio, best known for his roles on Charles in Charge and Happy Days, became another celeb guilty of a cringeworthy tweet when he posted, “Taxes are DONE…That should feed, house & provide medical for a few lazy non working people at my expense. Have a great Monday!” This offensive tweet made news and sparked several heated discussions, including arguments between himself, his wife, and popular blog, Gawker. 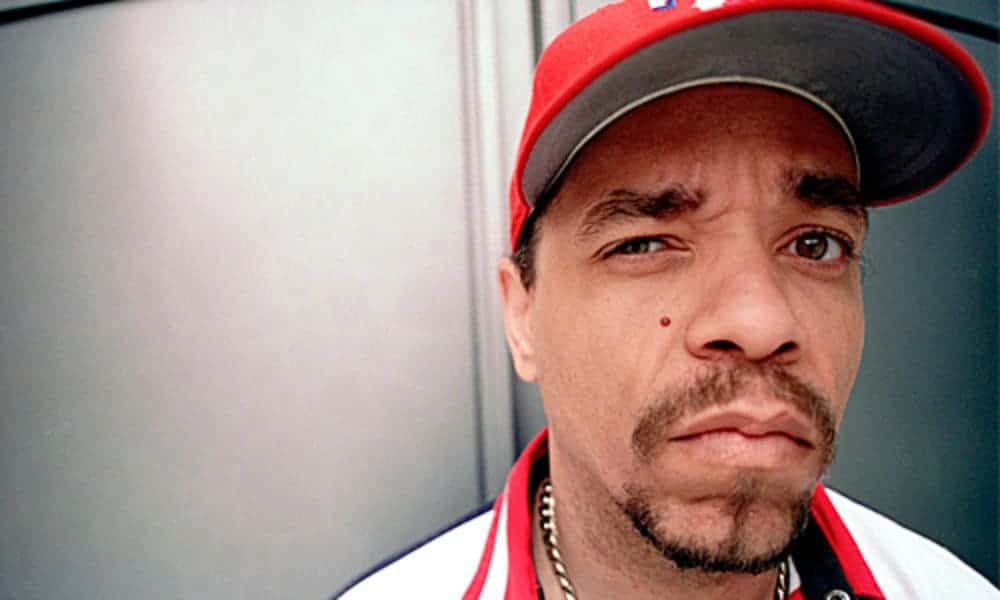 Real Housewives of Beverly Hills‘ Taylor Armstrong’s husband, Russell, tragically committed suicide, and it didn’t take long for rapper Ice-T to tweet something offensive about it. He wrote, “Bad Joke… But alotta those wives would make me consider it,” and he certainly wasn’t wrong about it being a bad joke and the backlash he received proved it. 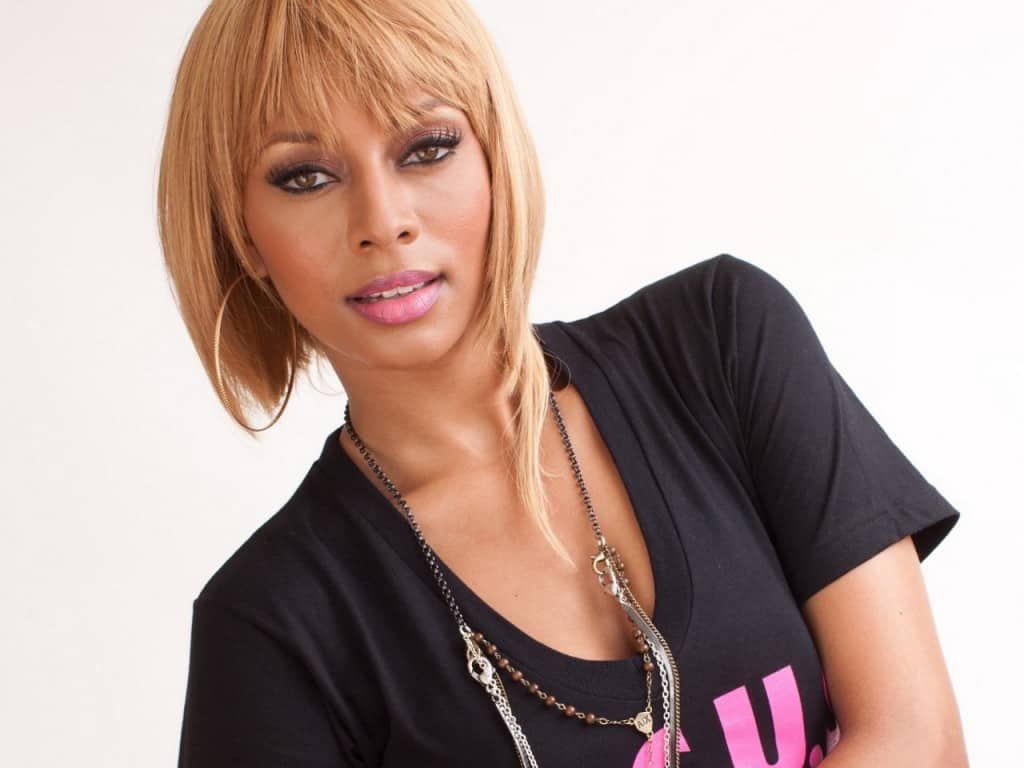 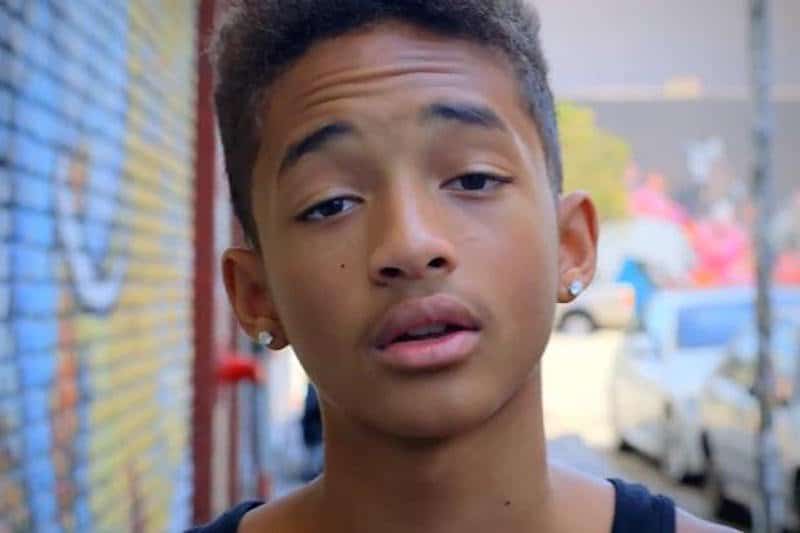 Thanks to being only 16 years old, Jaden Smith, son of actor Will Smith, may be forgiven more easily than other celebrities for their misguided tweets. However, Jaden was still the butt of all sorts of jokes when he tweeted, “If Everybody In The World Dropped Out Of School We Would Have A Much More Intelligent Society,” much to the horror of educational advocates everywhere. 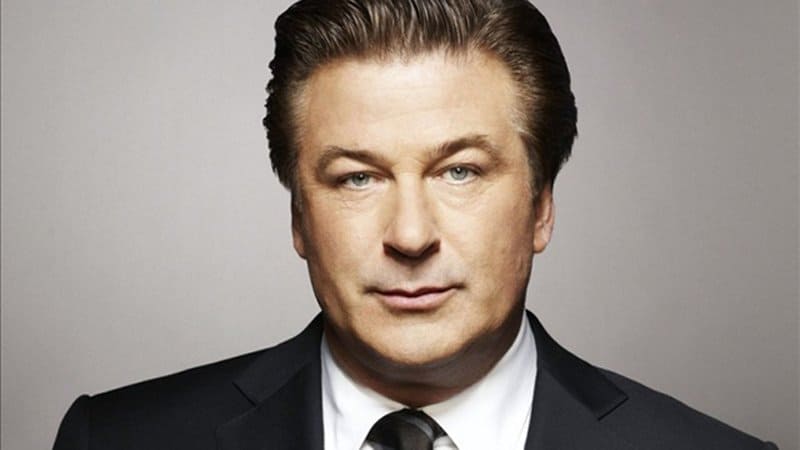 Actor Alec Baldwin is known for being hot-headed, and in 2011, he solidified his reputation with an angry tweet that was so ridiculous, it soon became funny. He wrote, “Flight attendant on American reamed me out 4 playing WORDS W FRIENDS while we sat at the gate, not moving, #nowonder-americaairisbankrupt.” Baldwin hasn’t apologized for the tweet, but he did apologize to other passengers who were inconvenienced. 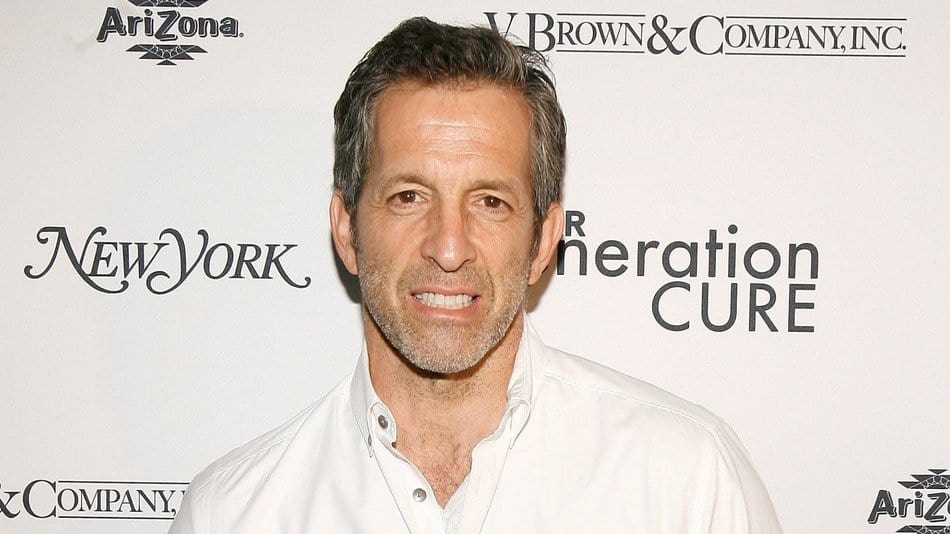 While his marketing team was responsible for posting it to his account, fashion designer Kenneth Cole had to do some major damage control after an offensive tweet was sent out with his name attached to it. The tweet read, “Millions are in uproar in #Cairo. Rumor is they heard our new spring collection is now available online,” referencing the Arab Spring revolutions. It didn’t take long for the tweet to be removed and Cole posted a sincere apology shortly after. 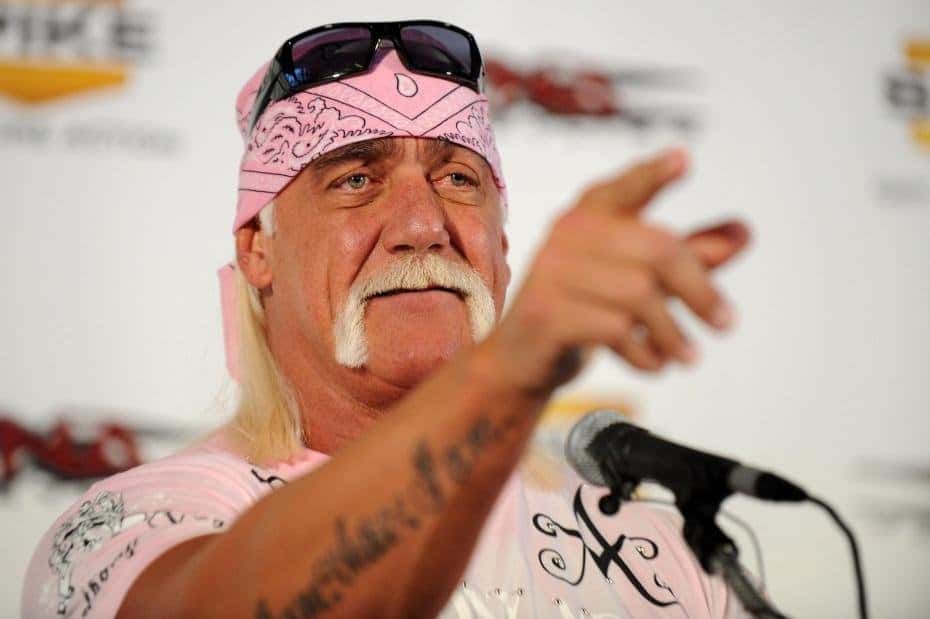 After his sex tape was leaked, you’d think wrestler Hulk Hogan would be a little more careful about what he shared, but that doesn’t appear to be true. In 2013, he tweeted a photo of his then 24-year-old daughter Brooke in a short dress, with the caption, “Brooke’s legs.” This tweet was not only creepy and awkward, it soon went viral. 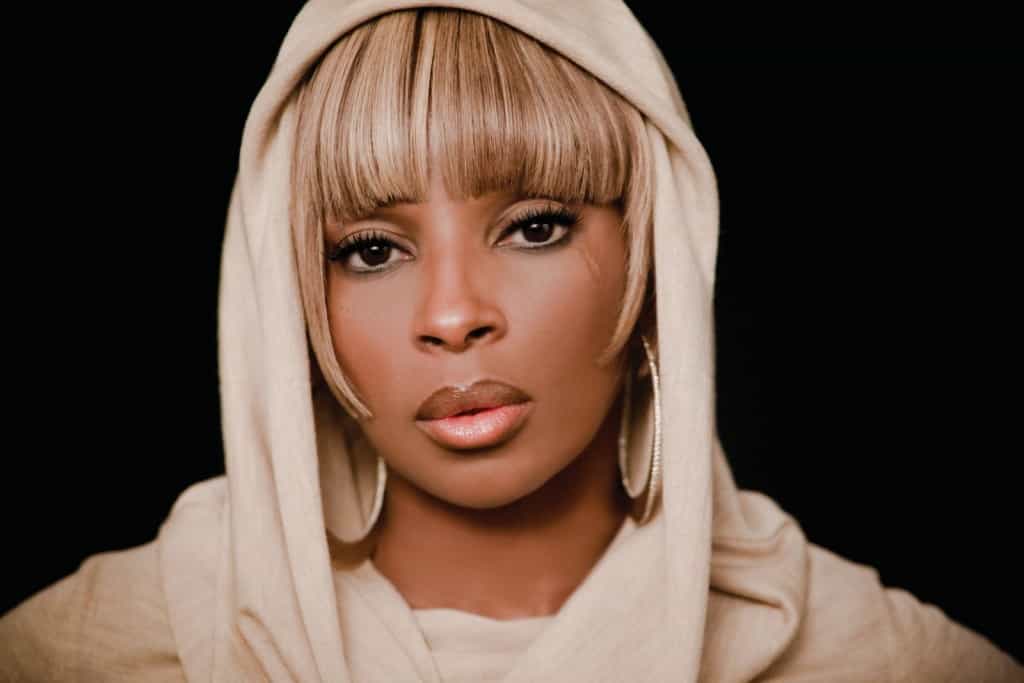 Rapper Mary J. Blige tweeted something that wasn’t necessarily offensive, but it certainly was embarrassing and ironic. She wrote, “Why is that people always try to understand estimate my intelligents?! They should never do that” in 2009, and the Twittererverse couldn’t help but laugh. 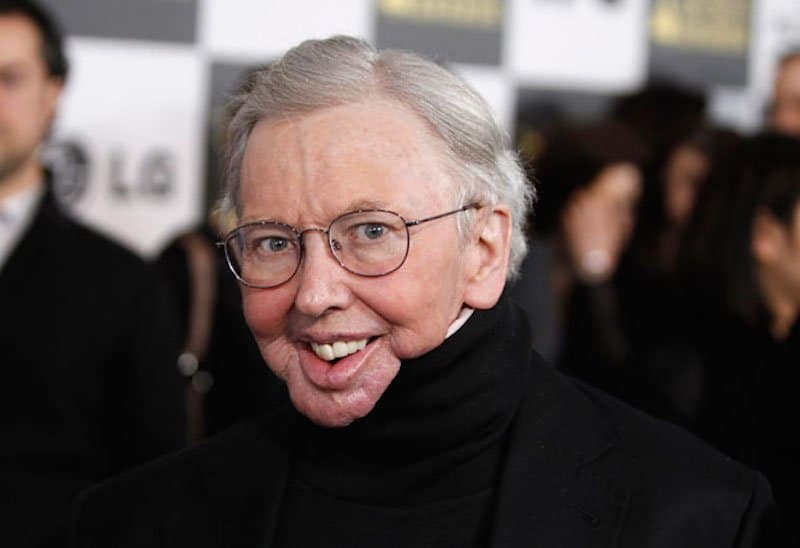 Ryan Dunn was an important part of the Jackass franchise, and his death from a horrific car accident in 2011 resulted in an outpour of love and support all over the world, including on Twitter. Film critic Roger Ebert tweeted about it as well, but it didn’t come across as loving to readers: “Friends don’t let jackasses drink and drive,” and this tweet was posted before it was announced that Dunn’s death involved alcohol. Ebert apologized for being offensive but stood by his notion that friends should not let friends drink and drive. 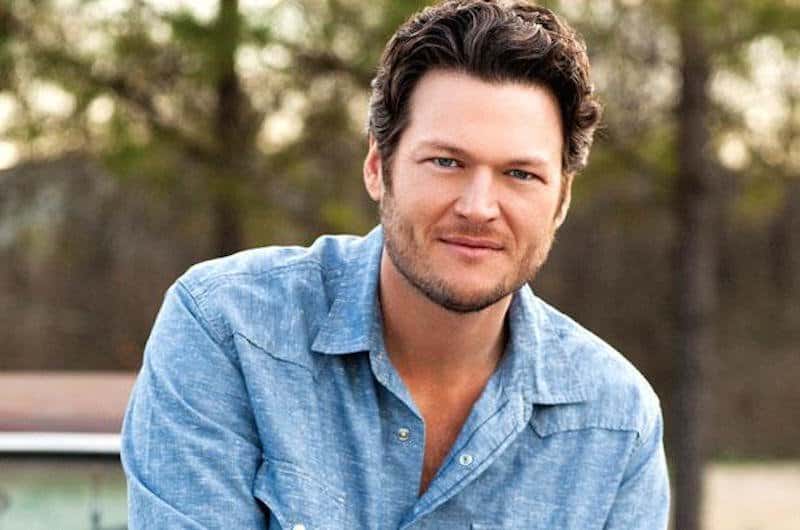 Country singer Blake Shelton reworded one of Shania Twain’s classic hits, “Any Man of Mine” via Twitter, and it did not go over well. Shelton’s version went as follows, “Rewriting my fav Shania Twain song.. Any man that tries Touching my behind He’s gonna be a beaten, bleedin’, heaving kind of guy …” When Shelton was accused of being homophobic, he explained he meant for the song to be interpreted from a female perspective, and that he apologized for being offensive. 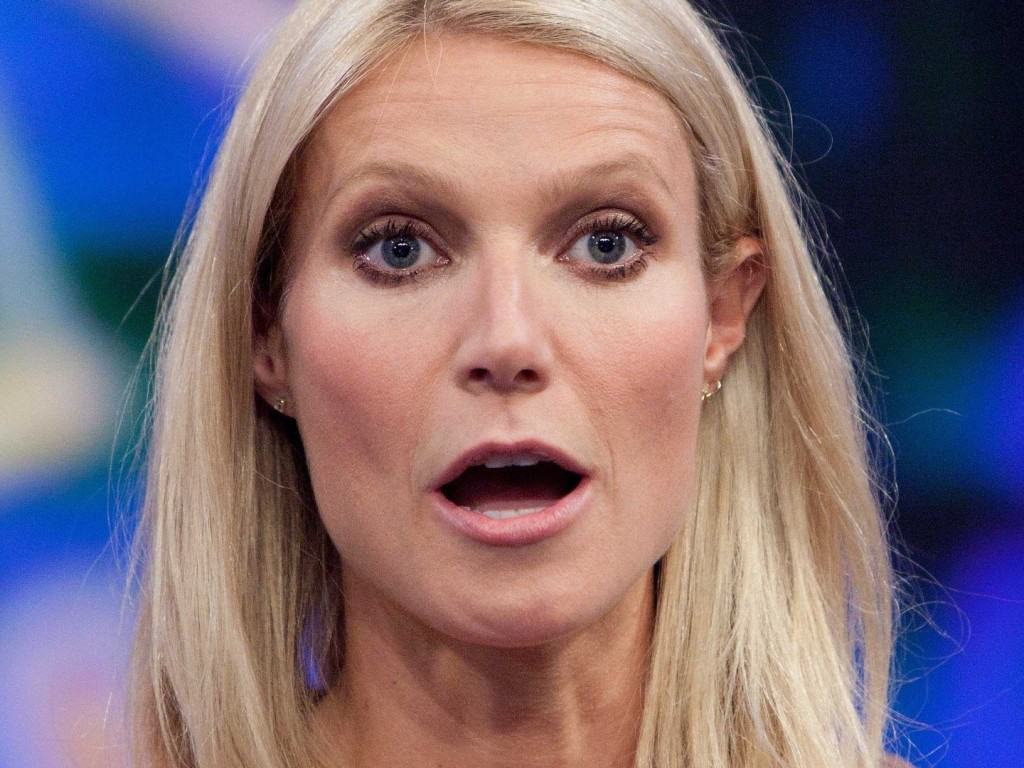 Actress Gwyneth Paltrow is often criticized for her lifestyle tips that seem completely unreasonable for “regular” folks, but she received major criticism for something else in 2012. While Paltrow was in Paris watching rappers Jay-Z and Kanye West perform, she tweeted a photo of them with the caption, “N****s in Paris for real.” Paltrow insists she was just referencing one of the rappers’ song titles of the same name, but many people were outraged by her use of the word.