20 Of The Most Bizarre Looking Churches In The World

You’ve probably been inside of a church at some point in your life and maybe even one that was extraordinary. Many European cathedrals house artworks that would make the finest museums envious and others took hundreds of years to build. But we’re not just talking about extraordinary here. This is another category entirely. Yes, these churches and cathedrals are extraordinary but, they’re also some of the most bizarre you’ll ever see. From churches that that resemble buildings out of Disney World to others that you’d think would be at a kid’s birthday party, these strange churches from around the world will intrigue you! 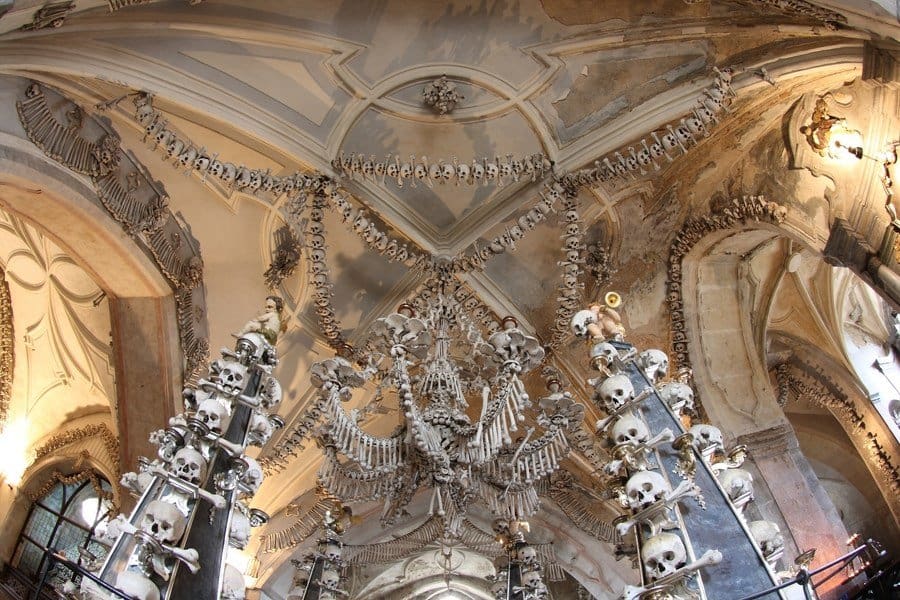 Apparently it’s small, but the Sedlec Chapel just outside of Prague is surely one of the most peculiar. The decor, which is made up of human bones and skulls, takes the prize for making the most use of the deceased. And there are a lot — it’s estimated that the bones of 40,000-70,000 people make up the interior of the small Roman Catholic Chapel. 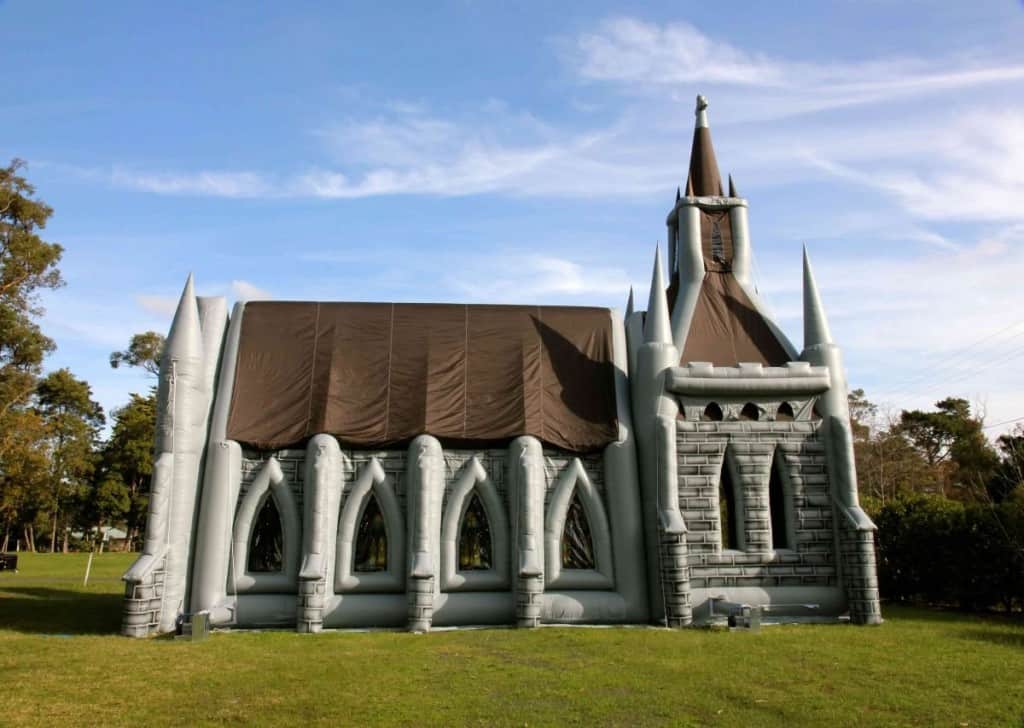 No, it’s not a bouncy house. This was the first inflatable church, erected in 2003. It stands at 47 feet tall and holds up to 60 people. Yes, there’s an organ. And candles. And stained glass windows. And they are all inflatable! 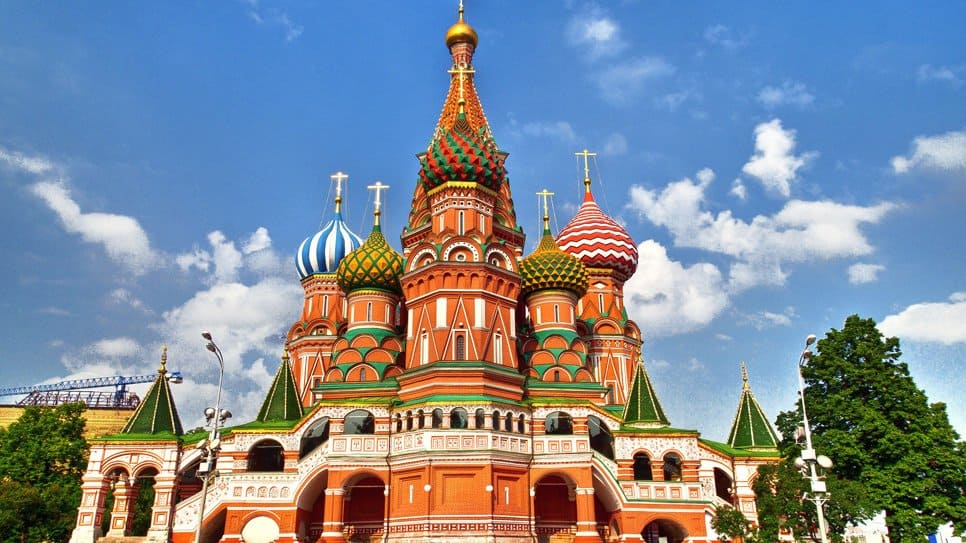 This is one of the most famous and recognizable cathedrals in the world. It’s located in the Red Square of Moscow and was completed in 1561 on orders from Ivan the Terrible. It looks like something out of Alice and Wonderland and today it functions as a museum. 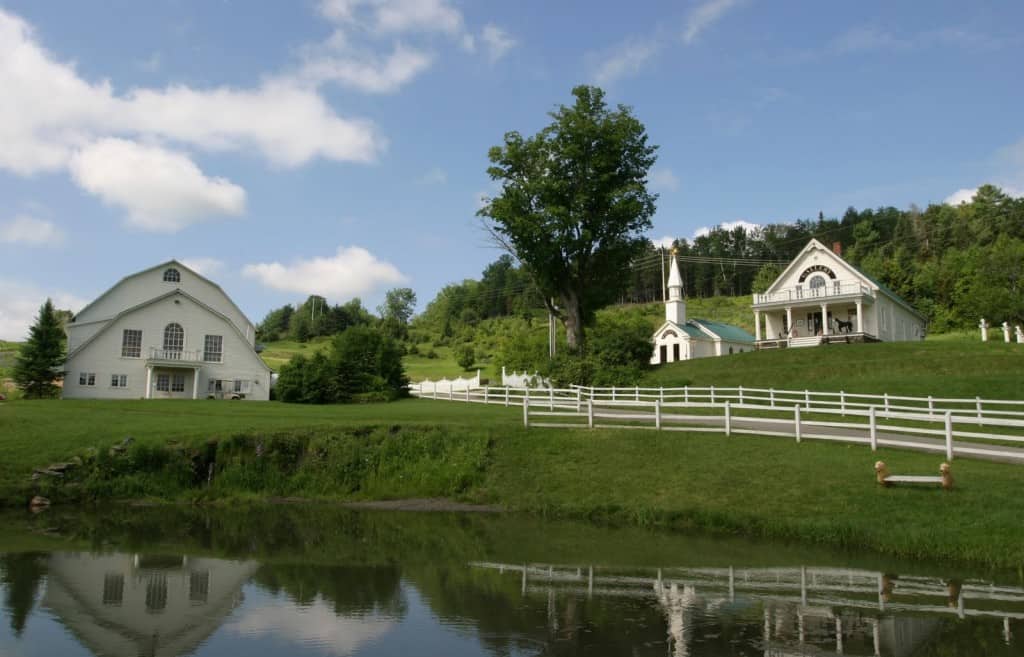 After a near-death experience, the builder of the Dog Chapel went to work on this very special place that was made for dogs. It has human-sized doors and doggie doors, carved wooden dogs that line the pews, and dog-themed stained glass windows. 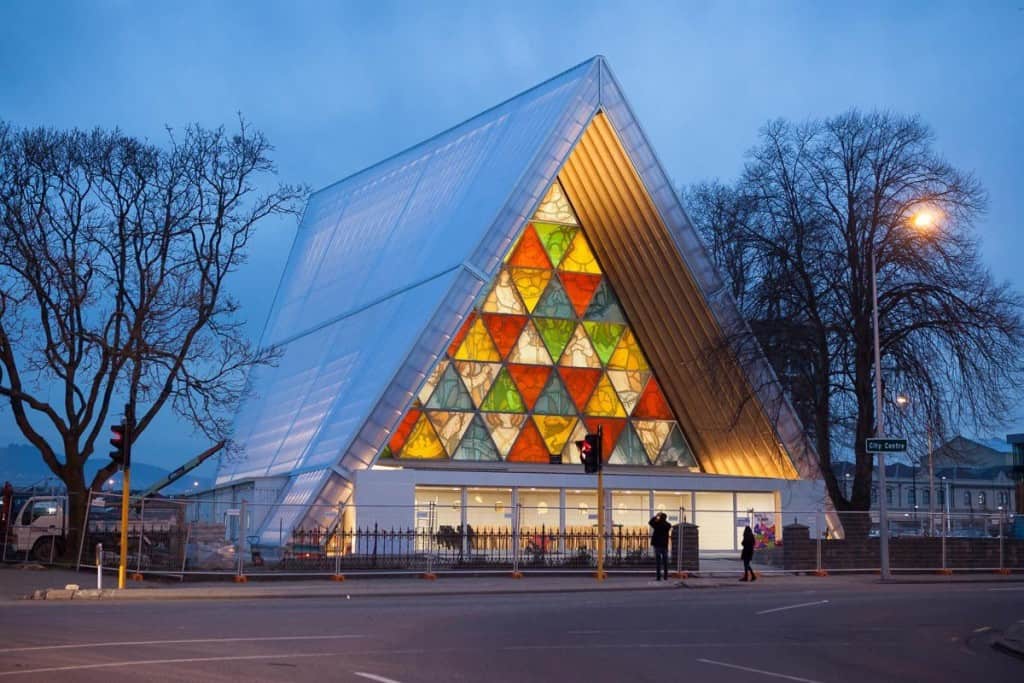 You can’t tell, but this New Zealand church did not get its name from nowhere. The Cardboard cathedral is made of wood, steel, and yes, cardboard tubes. It’s a big tourist attraction and serves as a cathedral and a meeting venue. 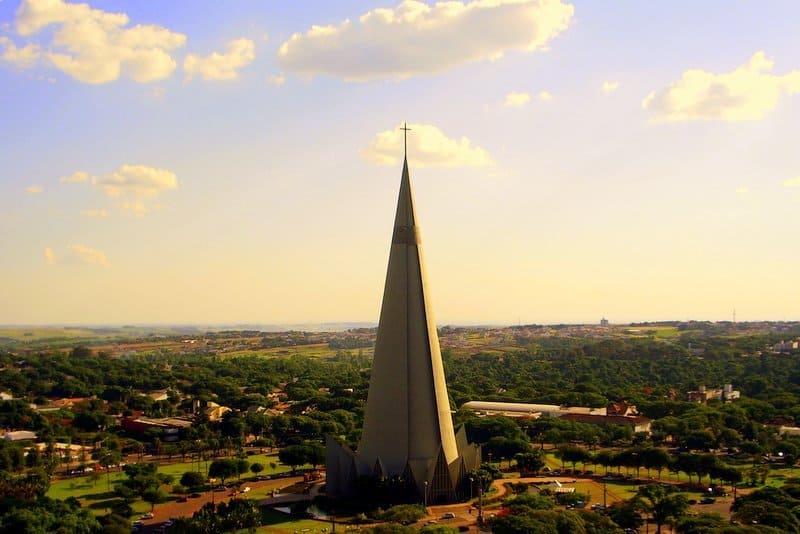 It’s not a cone. It’s not a hennin. Yep, it’s a cathedral. Funnily enough, when building the Roman Catholic church, the architect was inspired by the Soviet sputnick satellites. Because nothing goes better with Roman Catholicism than space gadgets. 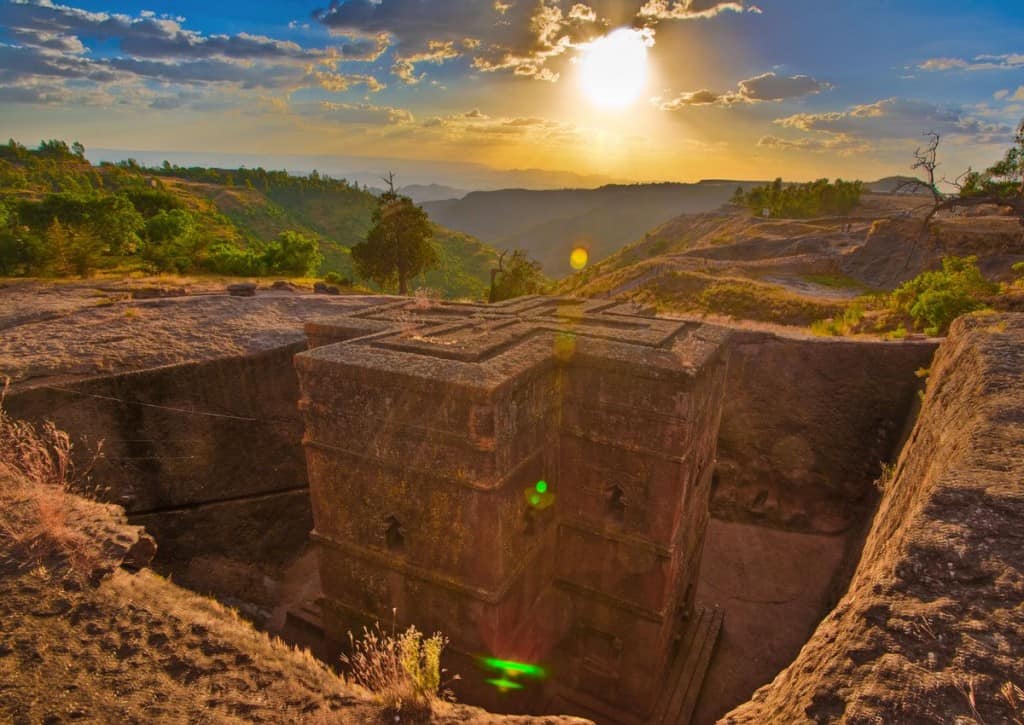 This church sits in a holy area of Ethiopia and was literally carved out of a variation of limestone. It dates back to the late 12th century or early 13th century and has been called the “eighth wonder of the world”. 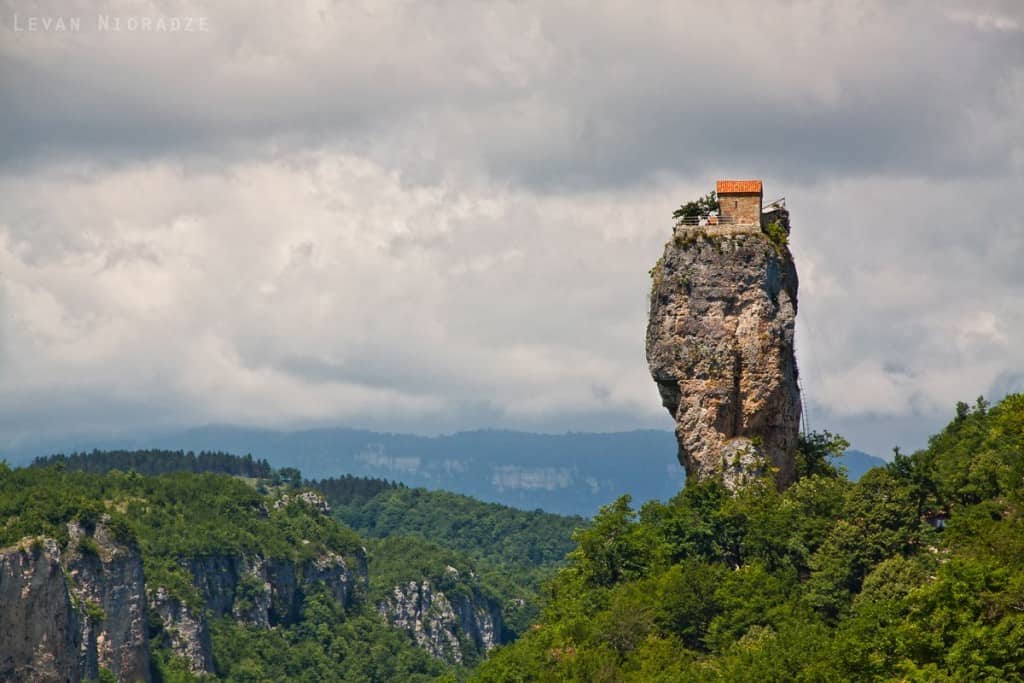 If you can make it here, you just might get to see some of heaven in this church. It sits on top of a 130 foot high rock formation and has been home to a monk for the last 20 years. Most interesting part? He uses a rusty old ladder to get up and down from the church and calls it the stairway to heaven. 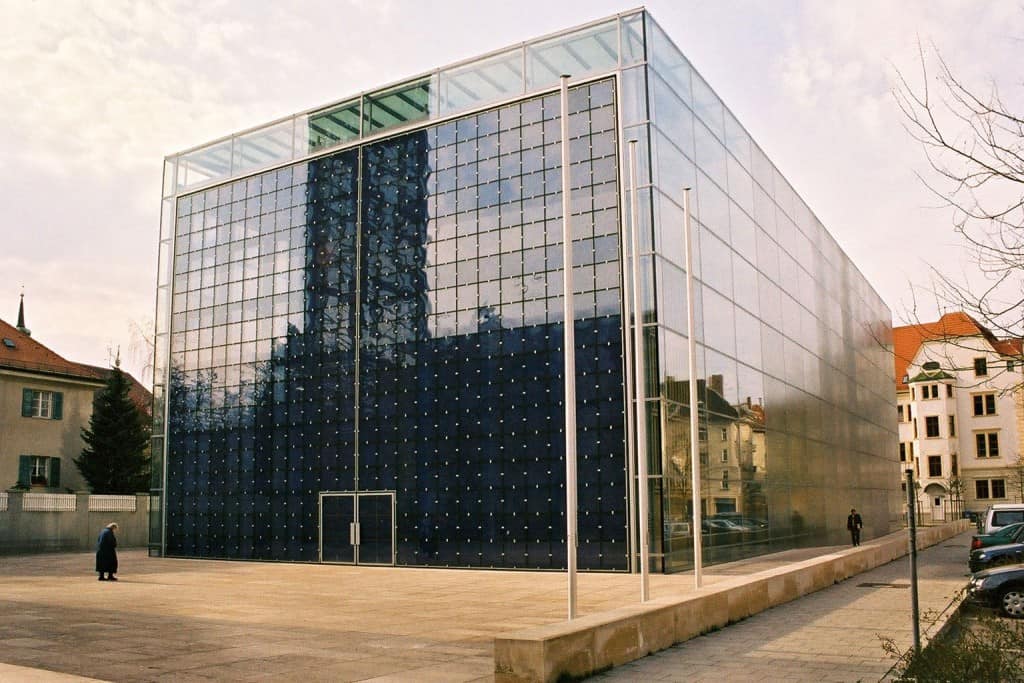 This church resembles the Apple “cube” store in New York City more closely than a church. But it is in fact, a church. The one that sat in this spot was burned in a fire back in the 90’s and this current one is actually a timber church encased in this glass cube. Nothing’s getting to this one. 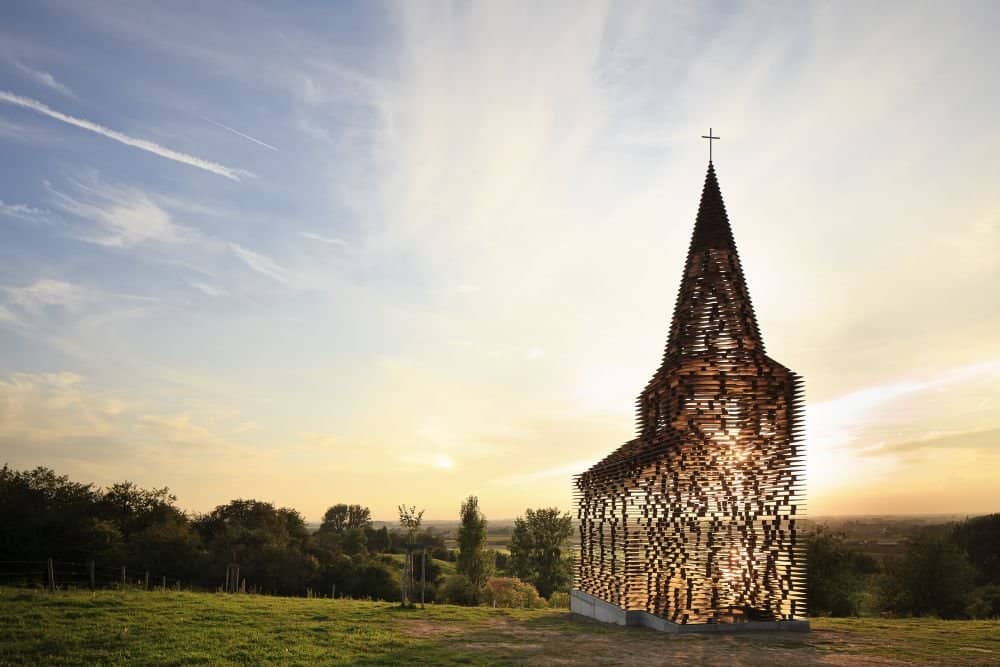 This magnificent church is made of steel and glass. With over 100 layers and 2000 columns of steel, the church changes depending on where you stand and how the sun hits it. It may appear to be dissolving at some angles and at others, appear to be see-through. 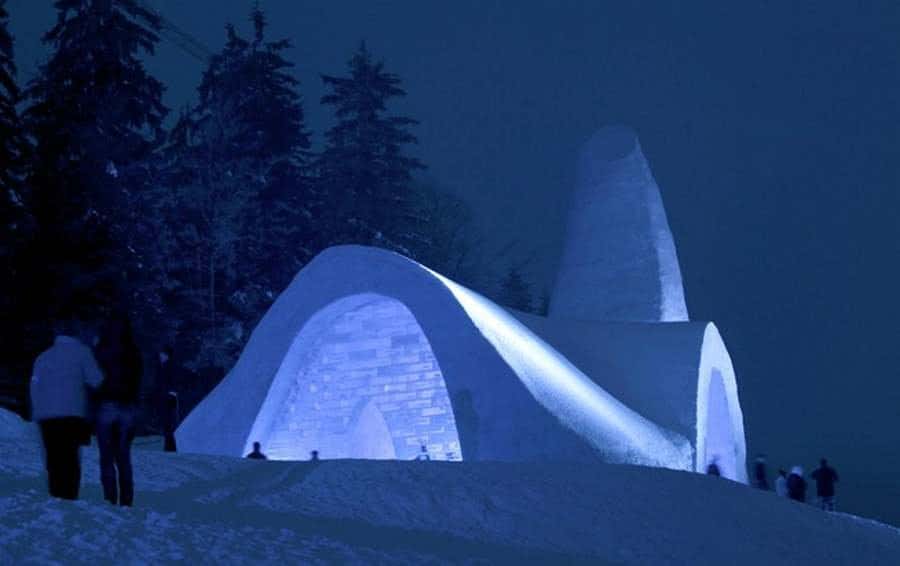 If you’re looking for God and sub-zero temperatures, there’s a church for you. The Snow Church, nicknamed ‘God’s igloo’ is located in Germany and holds up to 200 people. And yes, it’s made entirely of snow. 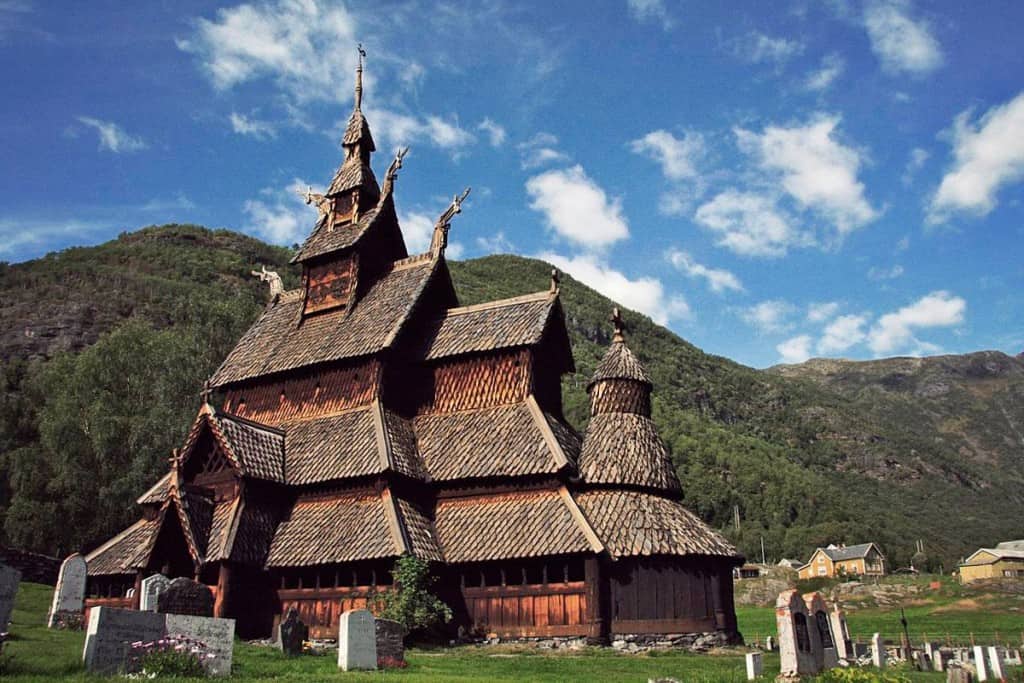 This stave church was built sometime between 1180 and 1250 AD. There are four carved dragon heads on the roof. And it must be admired since there is a replica of the unusual church in Rapid City, South Dakota and a similar one that it inspired in Germany. 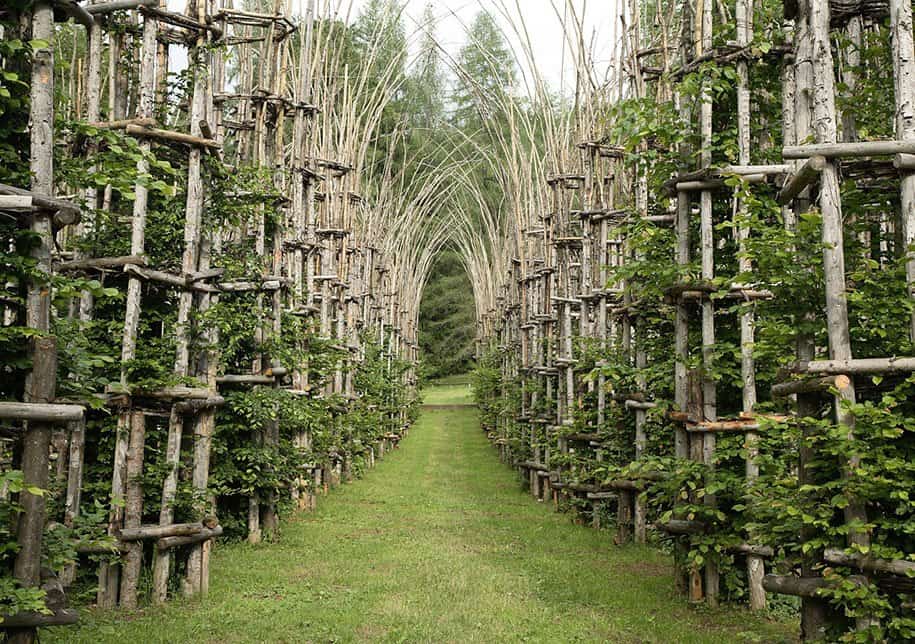 This living cathedral rests in the Alps in northern Italy. The architect plants and places trees in such a way to create the walls and ceiling, which forms the structure of a cathedral. 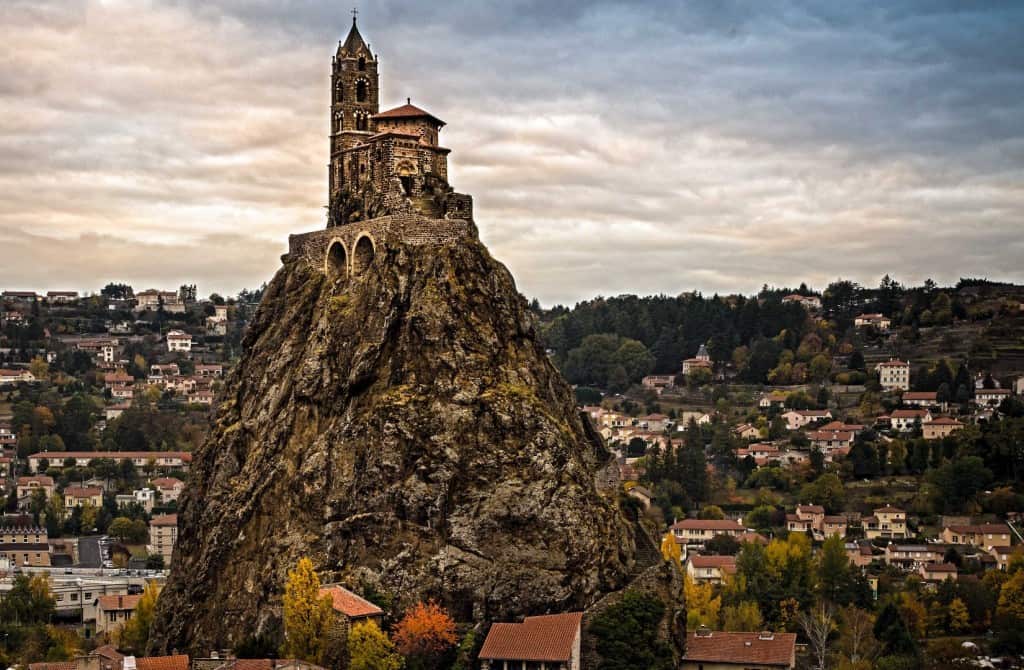 This chapel was built in 962 and supposedly Joan of Arc’s mom came here to pray in 1429. Start climbing stairs now if you’re planning to visit — you’ll be taking 268 steps on the hand-carved rock to get there. 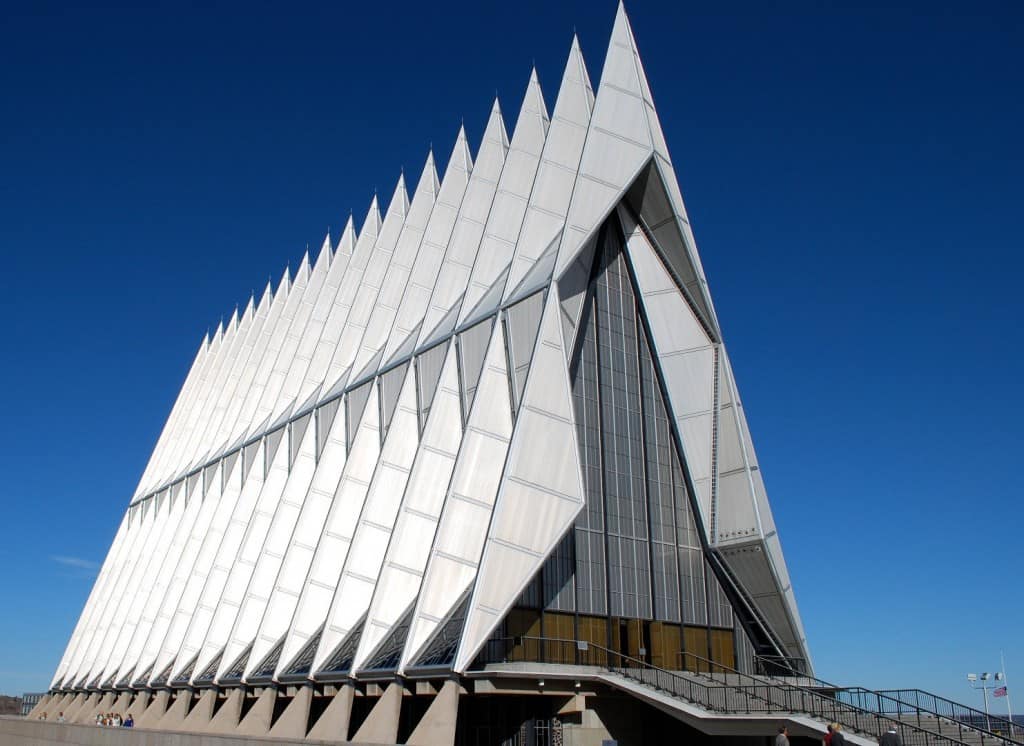 This modern church has 17 spires set apart by colored glass. It looks like the nose of a jet ready for take off and the inside might be even cooler. It houses different chapels for many different faiths. 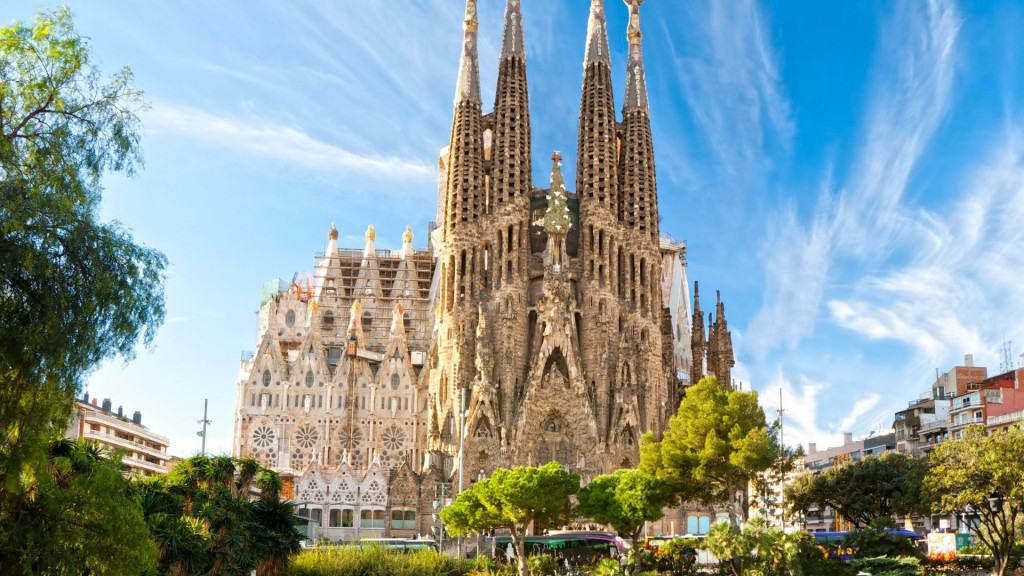 This brilliant cathedral was inspired by a bookseller after he visited the Vatican in 1872. Construction began in 1883 and today it still stands incomplete. The estimated completion date in 2026, but who knows… 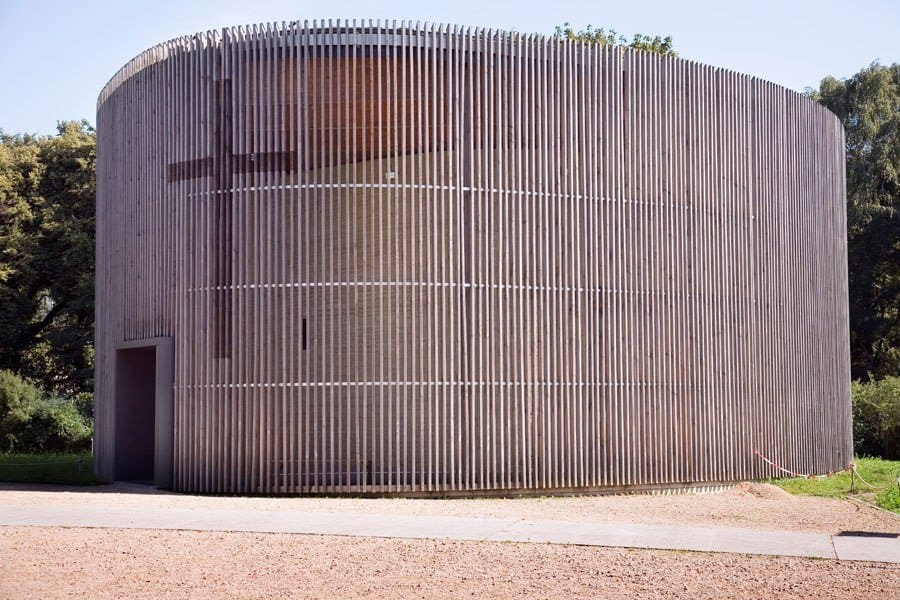 Built on the grounds of the former border strip, this church sits on top of the ruins of the original Church of Reconciliation. Today, the peculiar church serves as a place of worship and and as part of the Berlin Wall Memorial, 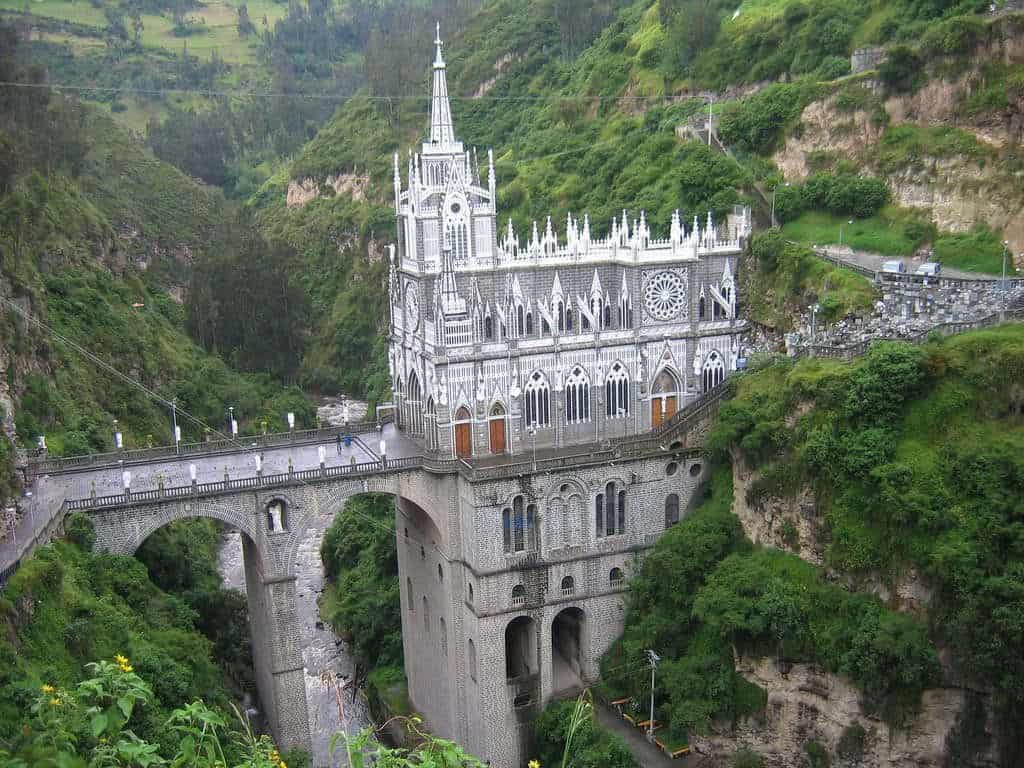 You shouldn’t visit this magnificent basilica if you’re afraid of heights. The Gothic Revival style church was built in a canyon between 1916-1949 and is connected to a bridge. And not to worry — if the sermon doesn’t do it for you, the views will more than make up for it. 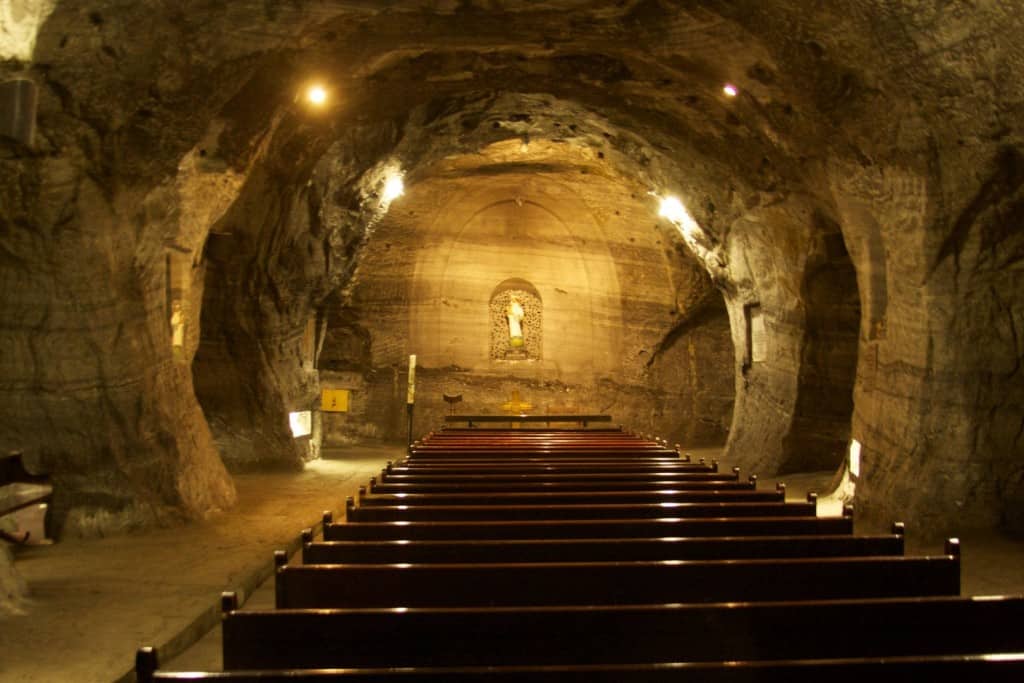 This church didn’t get its name for no reason. It was literally carved out of the tunnels of a salt mine outside of Bogota, Columbia. It mostly serves as a tourist attraction and is also an important place of pilgrimage.

The Church of Hallgrimur (Reykjavik, Iceland) 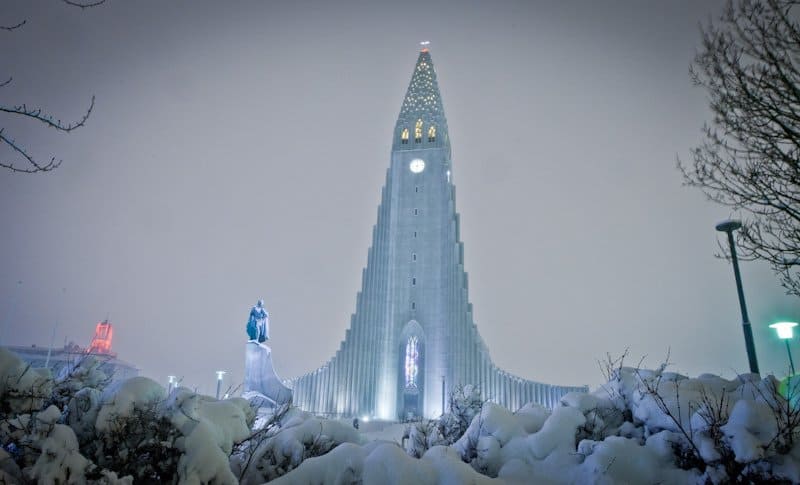 The Church of Hallgrimur has a fantastical quality and looks like something that’s been built a couple of hundred years ahead of its time. The most majestic of them all, maybe this is where Cinderella really lives — or prays.