20 Of The Most Bizarre Experiments Of All Time

There have been a lot of really bizarre experiments that have taken place throughout the course of humanity. These are mind twisting and will even make your jaw drop when you hear how strange they are. In fact, once you read about some of them you’ll find yourself wondering what made these people think of such experiments. You may even find yourself wondering who cares about these experiments now. Nevertheless, they’re quite entertaining to read about. 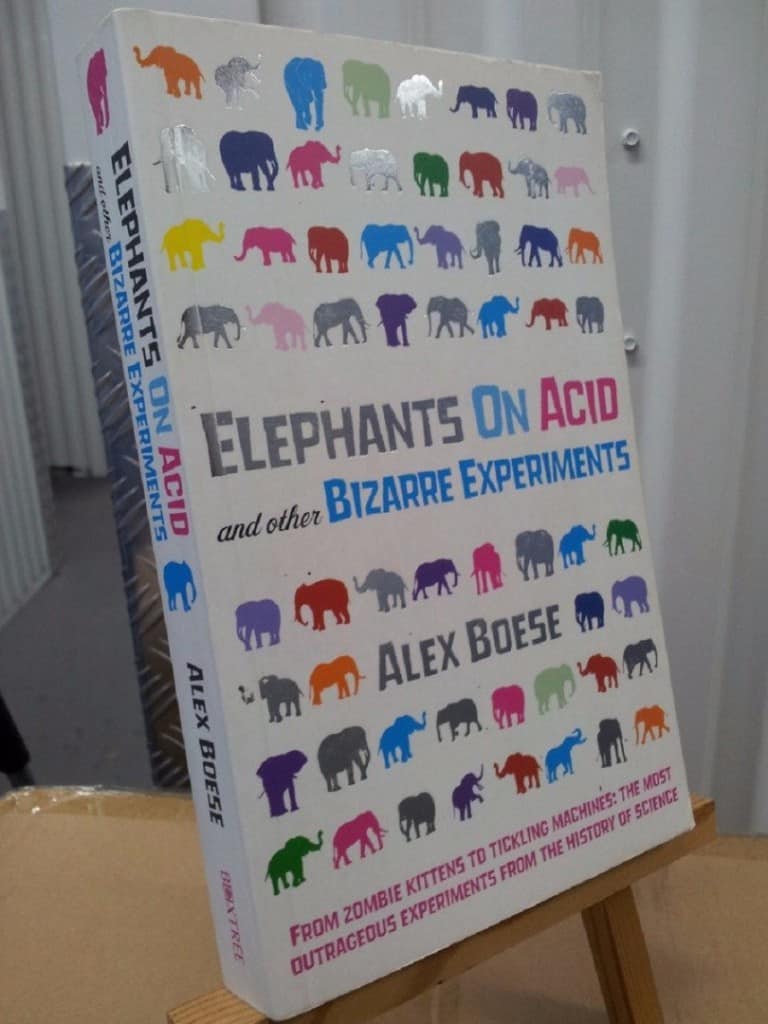 In 1962, a group of researchers from Oklahoma City decided to find out what elephants are like when on LSD. Warren Thomas, Director of the City Zoo, led two of his colleagues in this study (Louis Jolyon West and Chester M. Pierce) where they shot 297mg of LSD into the rump of an elephant to discover if this would make it temporarily mad. Unfortunately, this led the elephant to stampede around his cage before keeling over and dying. 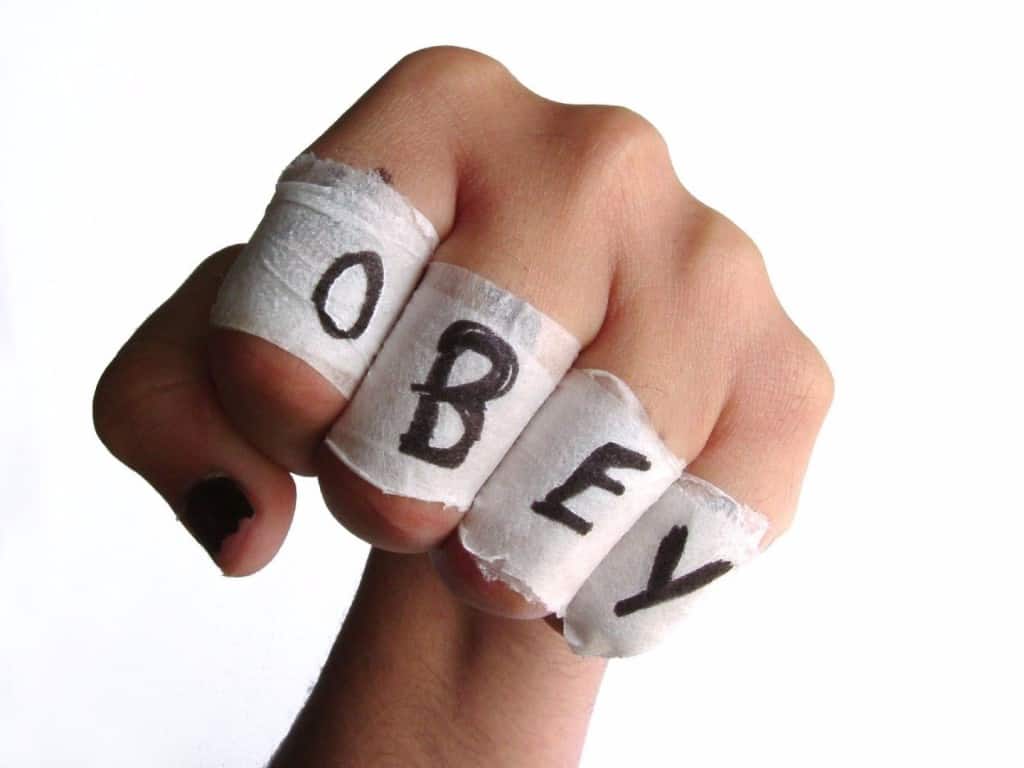 Stanley Milgram had a group of volunteers arrive at his lab where he told them that the experiment required them to kill an innocent person. While you’d imagine that these people would refuse to commit murder, you’d be surprised to learn that you’re wrong. When he put forth the request in the “right way,” almost everyone in this 1960’s experiment at Yale agreed to obey. 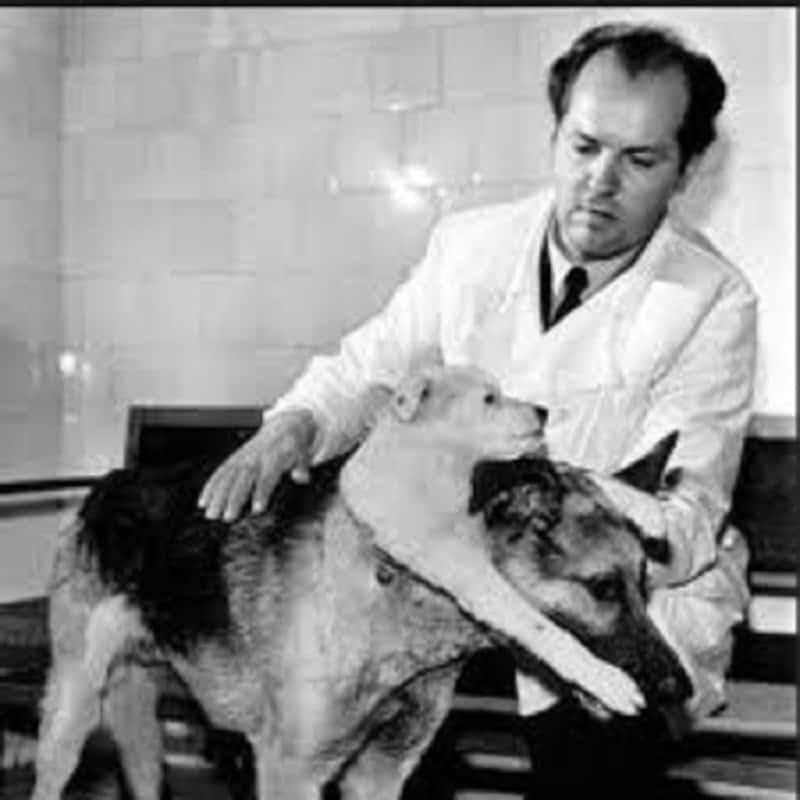 Vladimir Demikhov shocked the world in 1954 with a two-headed dog that he’d surgically created in his Moscow lab. He did this by grafting the head, shoulders, and front legs of a puppy onto the neck of a mature German shepherd. Once done, he paraded the dog around in front of reporters who gasped as both of the heads lapped at bowls of milk at the same time, before cringing as they watched the puppy’s milk dribble out of its esophageal tube.

The Initiation of Heterosexual Behavior in a Homosexual Male 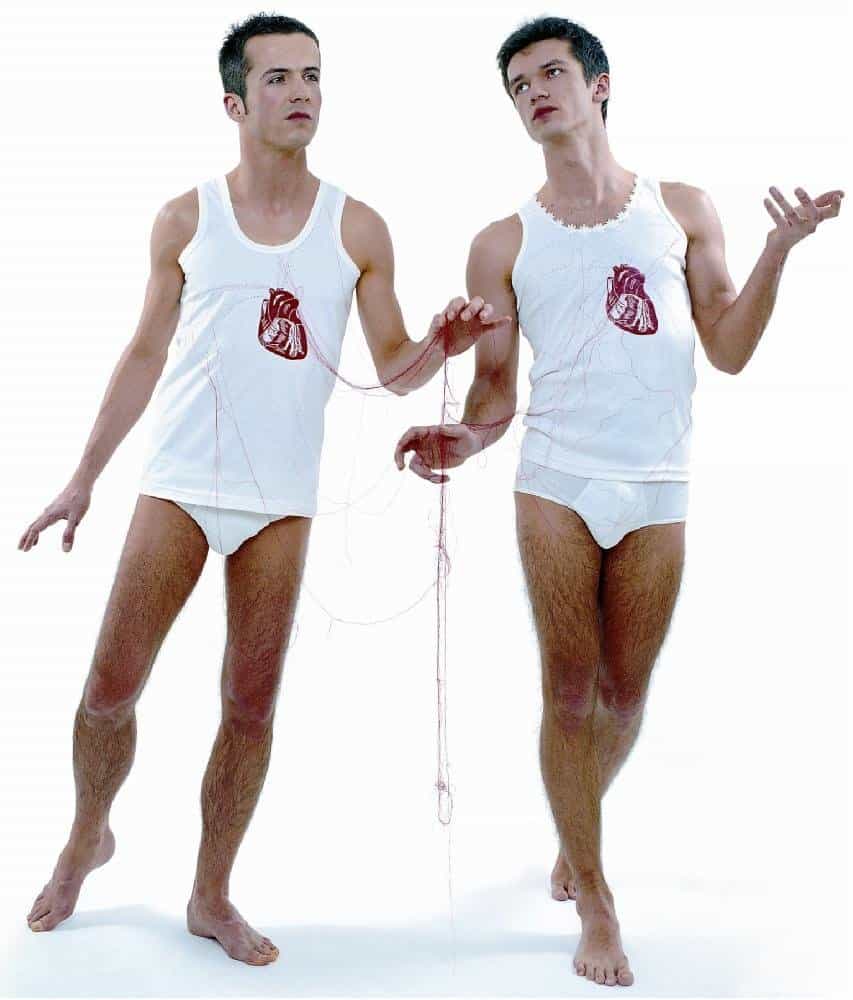 James Olds and Peter Milner from McGill University discovered the brain’s septal region (the feel-good center) in 1954. They demonstrated how it produces sensations of intense pleasure and sexual arousal. In 1970, Robert Heath of Tulane University took things even further when he discovered that repeatedly stimulating this same region can transform a homosexual man into a heterosexual.

The Isolated Head of a Dog 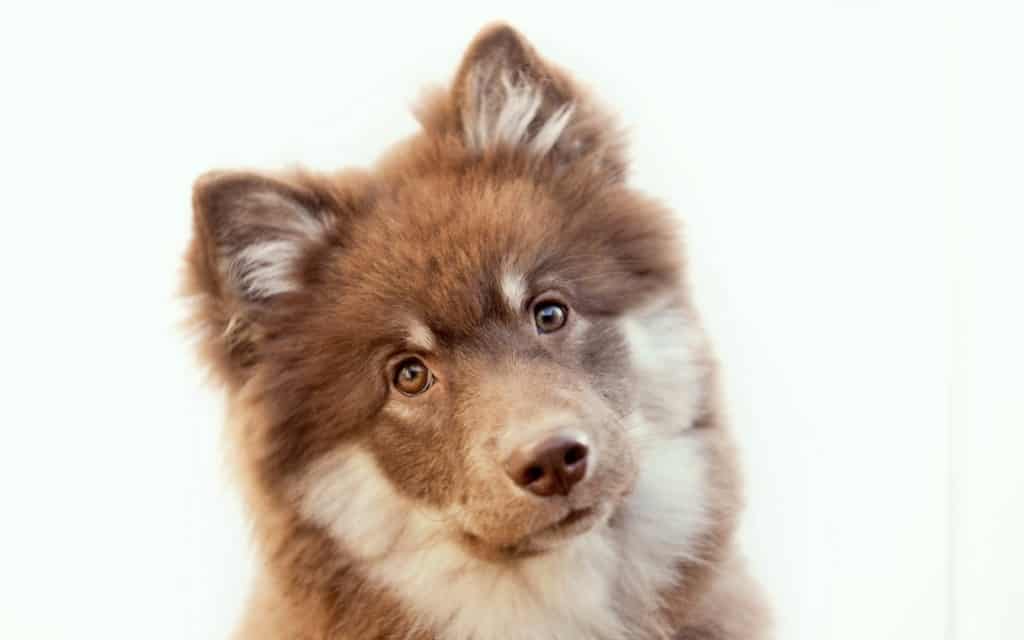 Even more horrific than the two-headed dog is this experiment in which the severed head of a dog was kept alive apart from its body. This stemmed from scientific curiosity about those who went to the guillotine during the French Revolution. They wondered if these heads were still alive, so Soviet physician Sergei Brukhonenko set out to investigate it in the late 1920’s. With the use of a primitive heart-lung machine, he managed to keep the severed head of a dog alive. 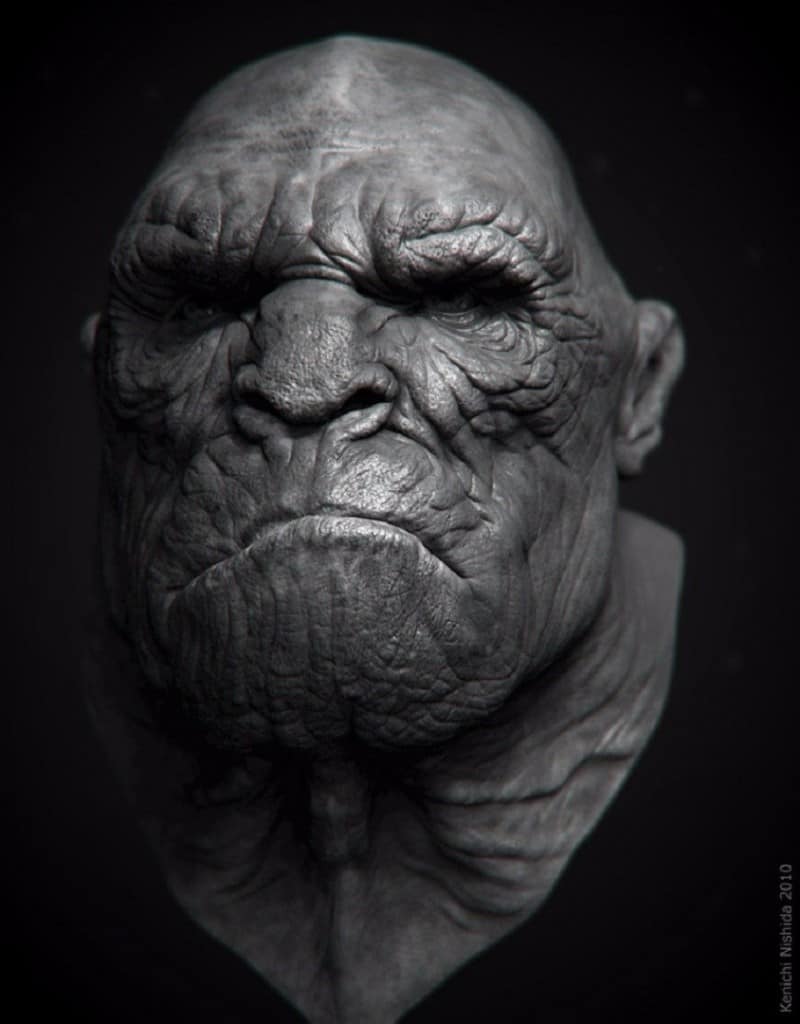 There was once a rumor circulating that the Soviets conducted experiments to try to create a human-ape hybrid by breeding chimpanzees with humans. At the collapse of the Soviet Union, the rumors were confirmed. Dr. Il’ya Ivanov, a world-renowned expert on veterinary reproductive biology conducted these experiments in 1927. Thankfully, his efforts weren’t successful. 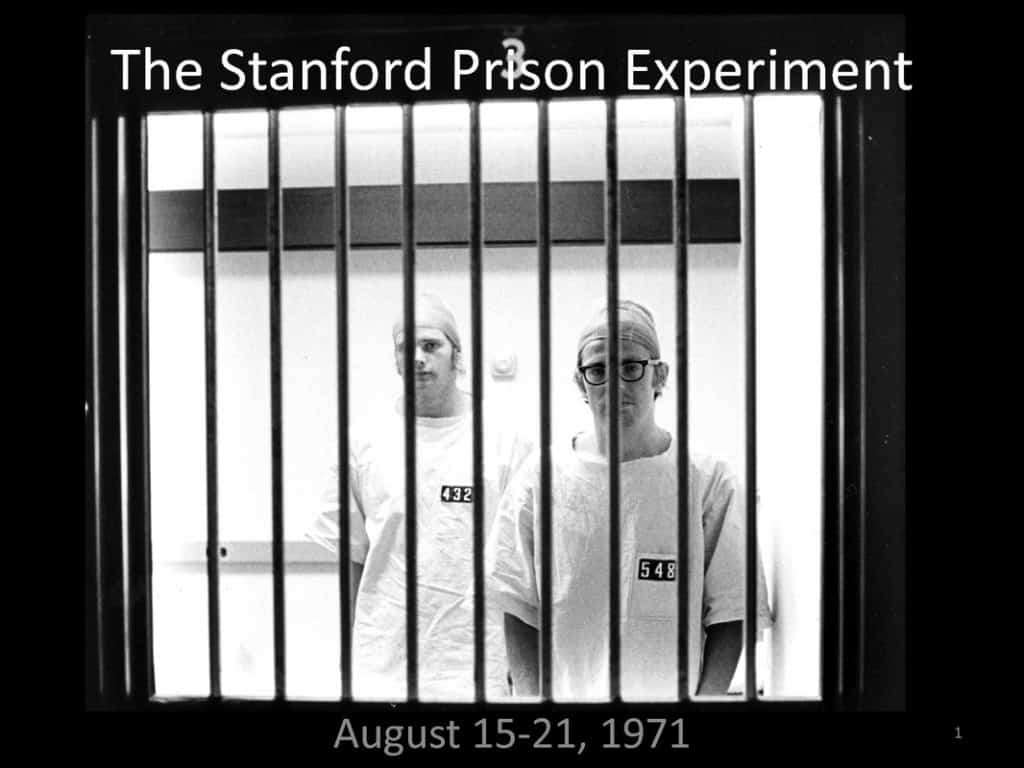 Philip Zimbardo wondered why prisons are so violent and so he set off to learn why. He created a mock prison in Stanford psychology department’s basement. He then proceeded to recruit male volunteers who didn’t have criminal records. He assigned half of them the role of prisoners while the other half were the guards. Afterward he sat back and watched.

Facial Expressions While Decapitating a Rat 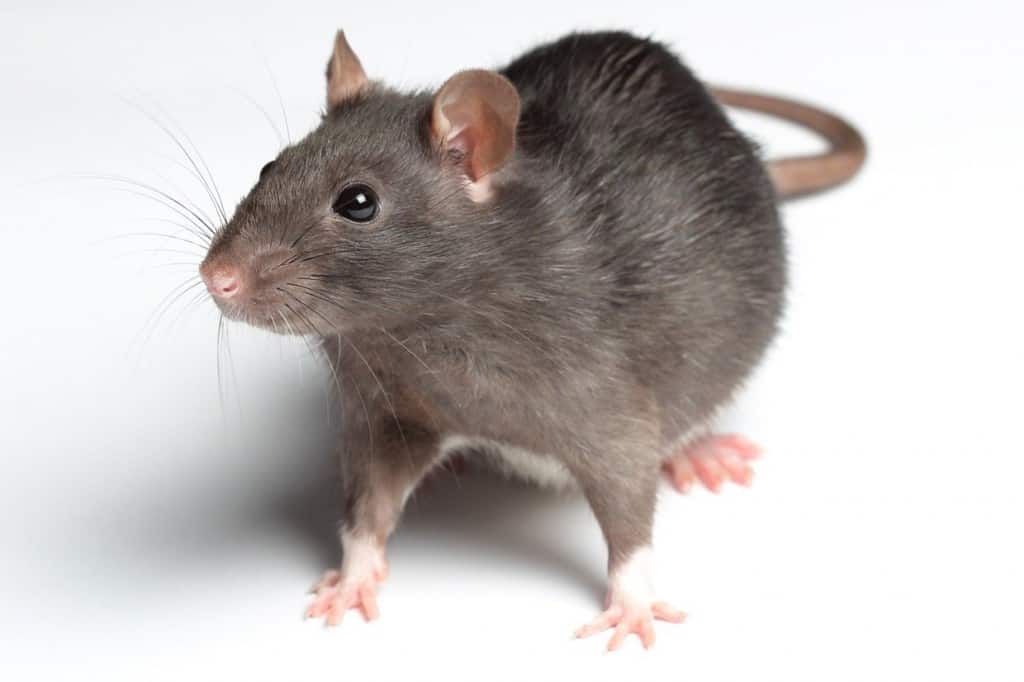 Carney Landis, a psychology graduate from the University of Minnesota designed an experiment in 1924 to study whether emotions evoke characteristic facial expressions. He did this by painting lines on their faces before exposing them to various stimuli designed to provoke a strong psychological reaction. He took pictures of their reactions as they viewed pornographic pictures, touched slimy frogs and decapitated a live rat. 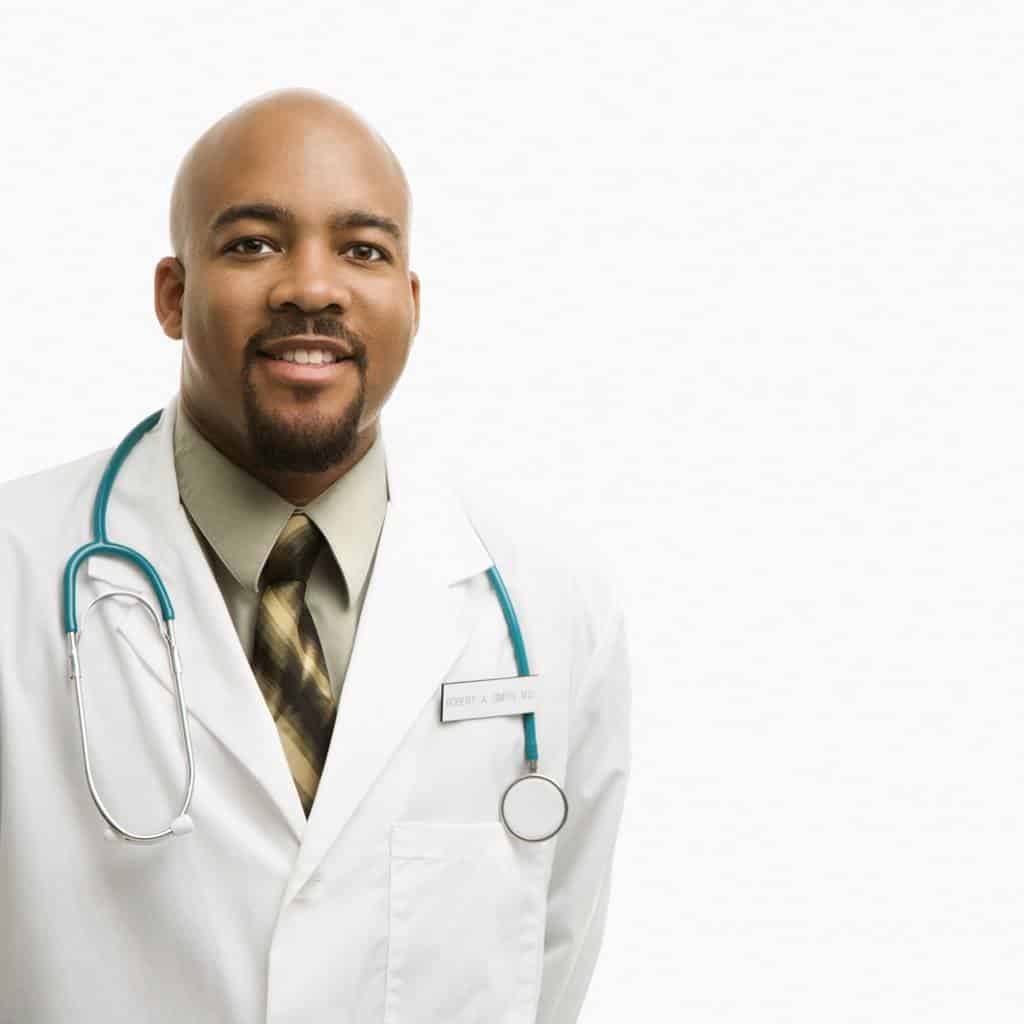 Stubbins Ffirth, a doctor-in-training from Philadelphia observed that yellow fever ran riot during the summer but disappeared during the winter. He concluded that this was not a contagious disease, but an excess of stimulants such as heat, food, and noise caused it. In order to prove his theory, he made small incisions on his arms and poured “fresh black vomit” from a yellow-fever patient into the cuts. He eventually went so far as to drink it to prove his theory. 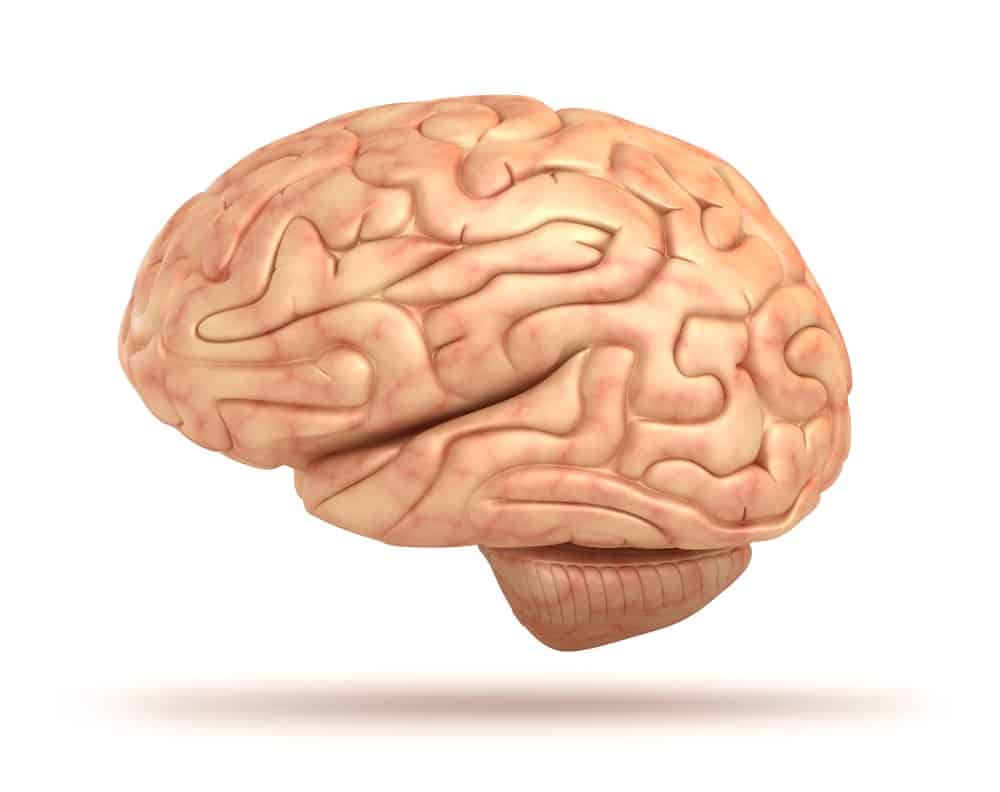 Dr. Ewen Cameron thought he’d created a cure for schizophrenia. His theory was that you can reprogram the brain to think in healthy ways by forcibly imposing new thought patterns on it. He did this by making his patients wear headphones and listen to looped audio messages for as long as several weeks. Cameron tested this on hundreds of unwitting test subjects (a.k.a. Patients) throughout the 1950s and early 1960s. 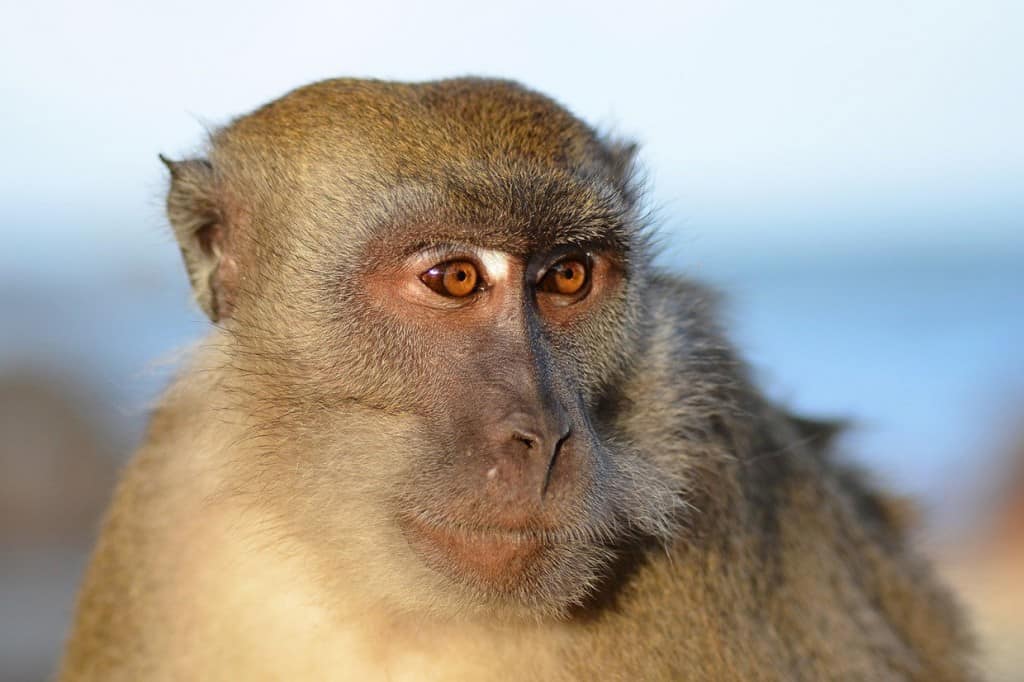 Vladimir Demikhov’s two-headed dogs inspired a strange kind of surgical head race between America and Russia. Herein the American government-funded Robert White’s work as he embarked on a series of experimental surgeries. This eventually resulted in the world’s first successful monkey head transplant. It was done on March 14, 1970, in Cleveland, Ohio. 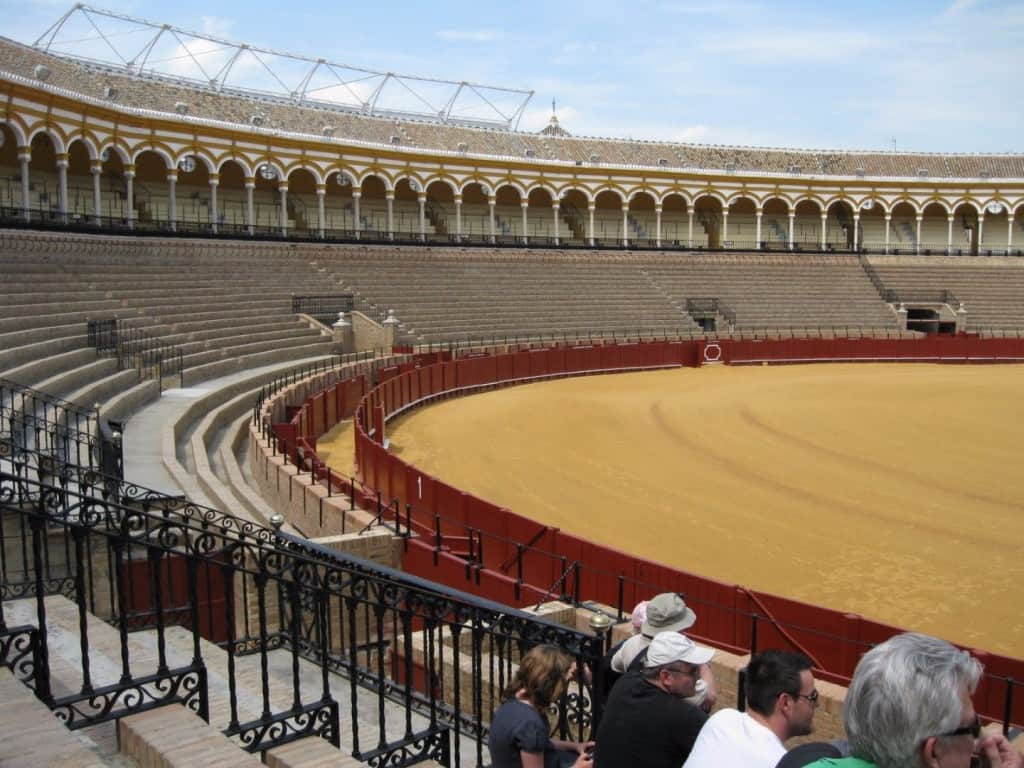 Jose Delgado, a researcher from Yale, entered a bullring in Cordova, Spain. While he looked defenseless, as the bull charged at him Delgado pressed a button on a remote control unit, sending a signal to a chip that they’d implanted in the bull’s brain. This caused it to abruptly stop in its tracks, huffing and puffing a bit before walking quietly away.

The Ape and the Child 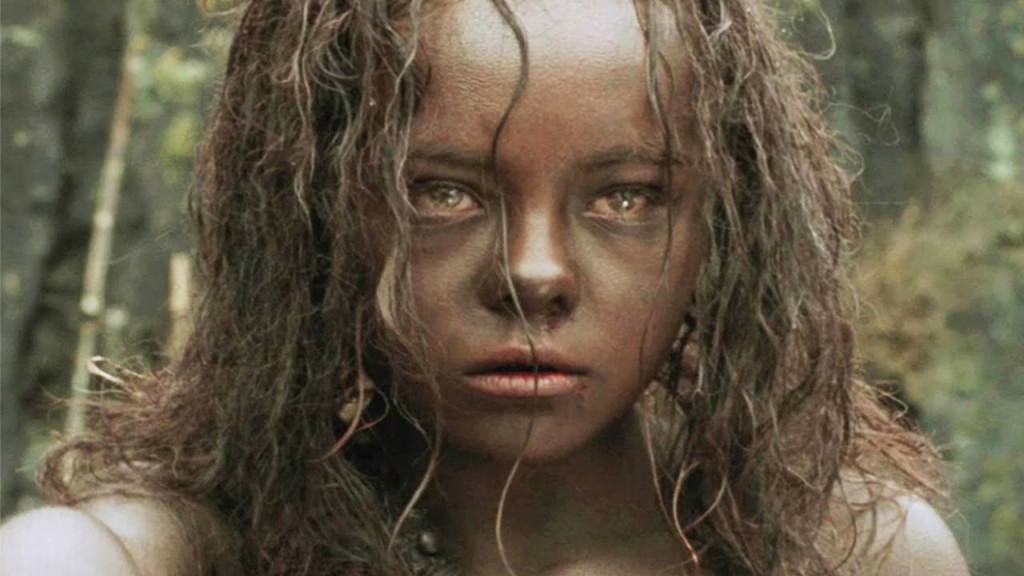 There are many accounts throughout history in which animals raised children. Oftentimes, these children continue acting more animal than human, even after they’re returned to human society. Psychologist Winthrop Kellogg wondered what would happen if humans raised an animal as a human. Therefore, he brought a seven-month-old female chimpanzee into his home to raise as a human before returning her to the wild, and never hearing from her again. 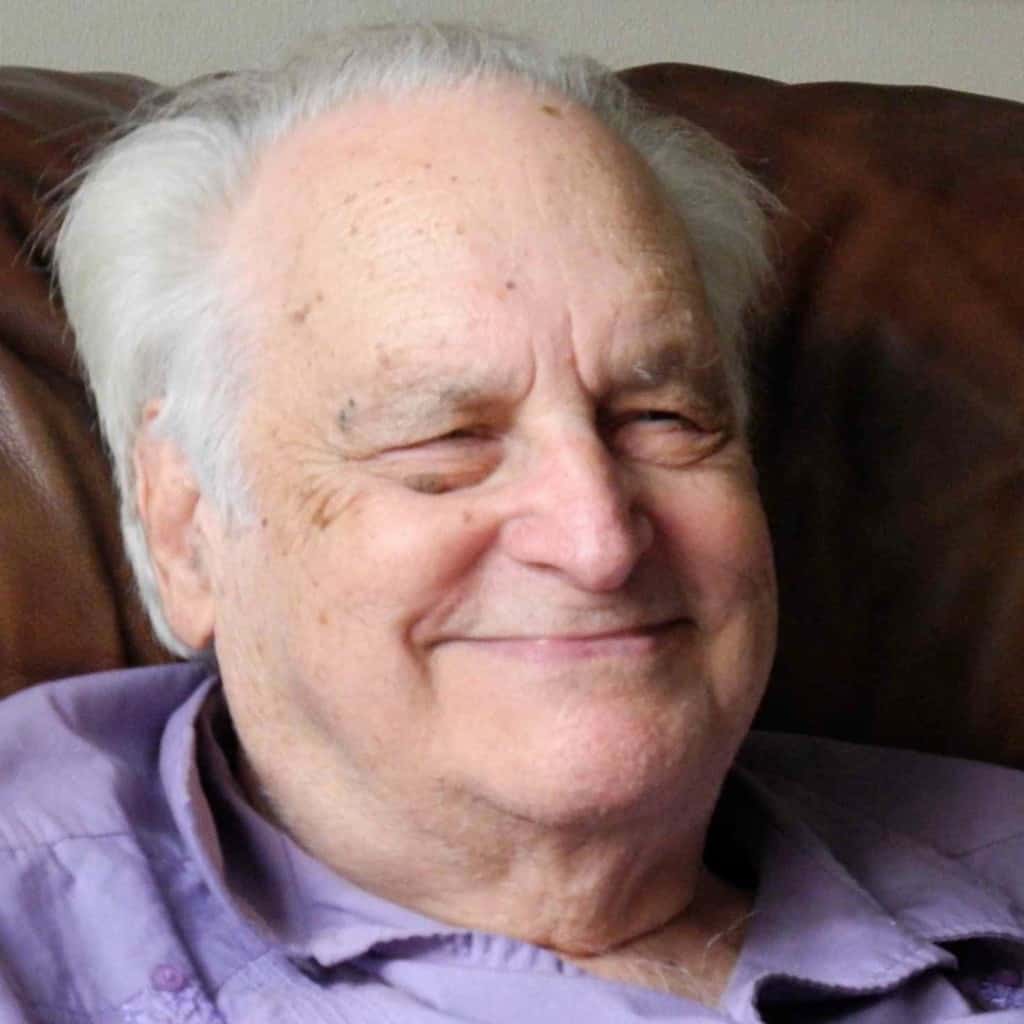 Professor Lawrence Leshan entered a dark cabin where a group of young boys were sleeping. He repeatedly spoke a single phrase, “My fingernails taste terribly bitter.” This was his attempt to conduct a sleep-learning experiment on a group of chronic nail-biters. By the end of the summer 40% of the kids had kicked the habit.

The Electrification of Human Corpses 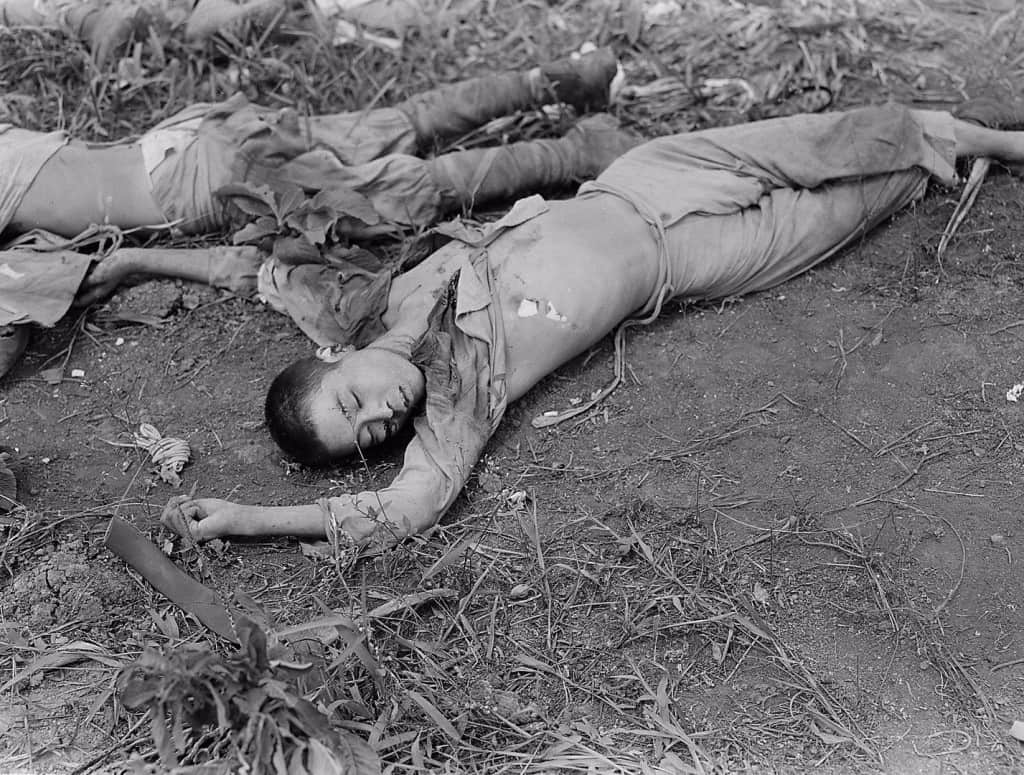 Italian anatomy professor Luigi Galvani discovered that a spark of electricity could make a dead frog’s limbs twitch. Eventually this grew boring and experimenters took things a bit further by electrifying human corpses. The best demonstration occurred on January 17, 1803 in Europe when he applied the poles of a 120-volt battery to the body of the executed murderer George Forster. His muscles quivered, his features twisted in pain, and his left eye opened. 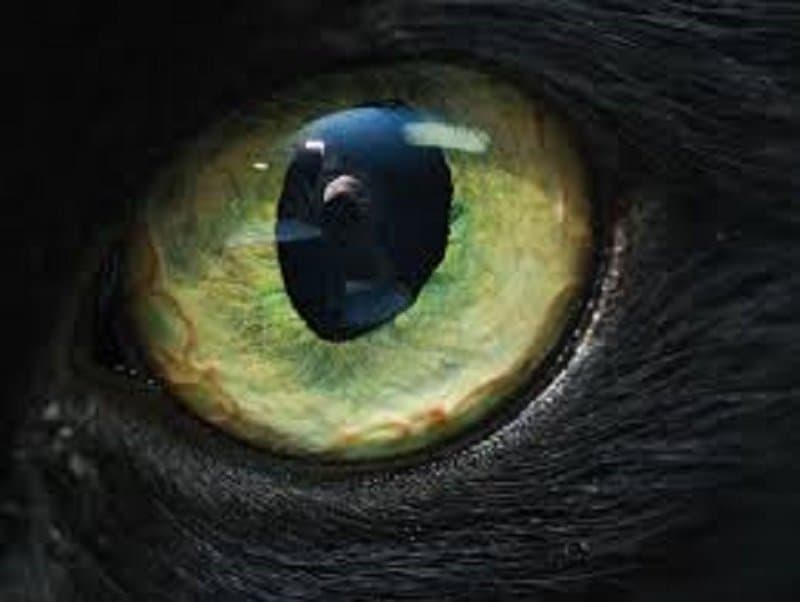 Dr. Yang Dan, assistant professor of neurobiology at the University of California, Berkeley, led a group of researchers in the attempt to study a cat’s brain. They anesthetized the cat before chemically paralyzing it and securing it within a surgical frame where they glued its eyes open, forcing it to watch scene after scene of swaying trees and turtleneck-wearing men. Through fiber electrodes in the vision-processing center of the cat’s brain they measured the brain’s electrical activity. 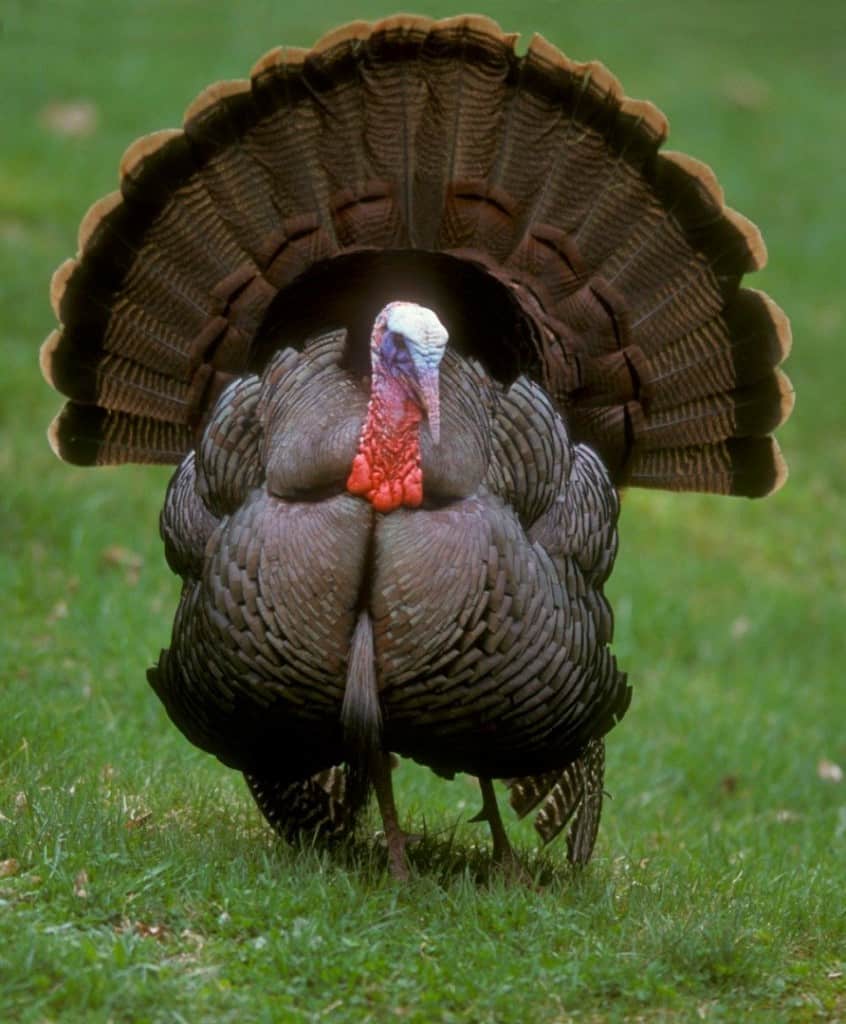 Male turkeys love to mate. With this observation in mind, Martin Schein and Edgar Hale from the University of Pennsylvania decided to study how little stimulus was required to excite a turkey. They did this by removing the bird’s extremities to the point that all they had left was its head and the other birds still tried to mate with it.

“Would You Go To Bed With Me Tonight?” 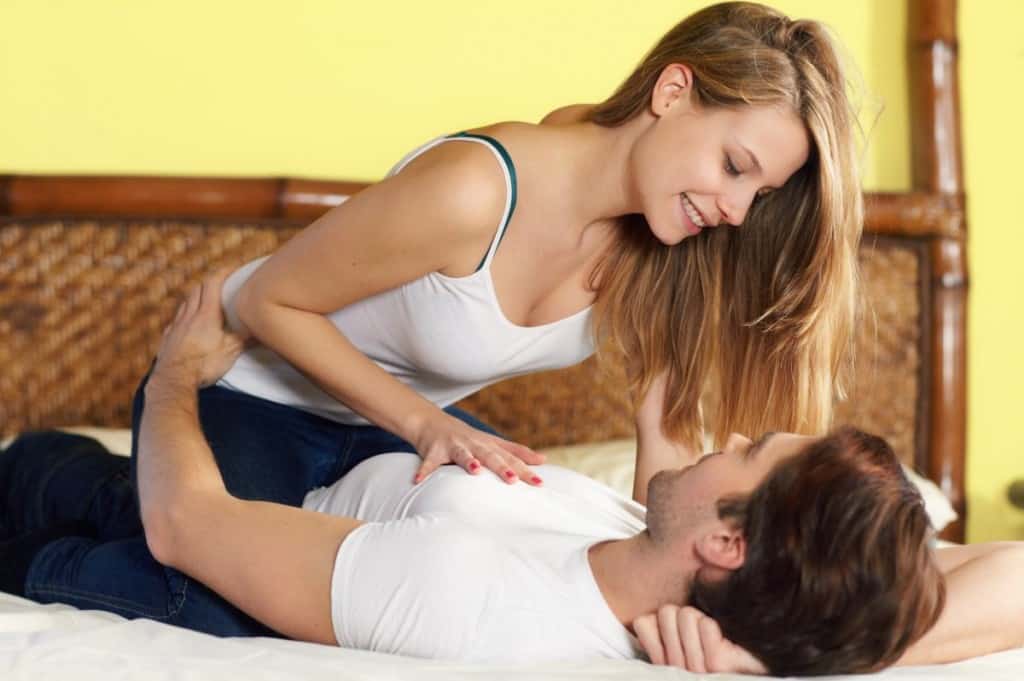 Young women approached attractive, young men on the campus of Florida State University in 1978 saying, “I have been noticing you around campus. I find you to be attractive. Would you go to bed with me tonight?” These men were the unwitting subjects of psychologist Russell Clark’s experiment in which he was trying to decide which gender, in a real-life situation, is more receptive to a sexual offer from a stranger. 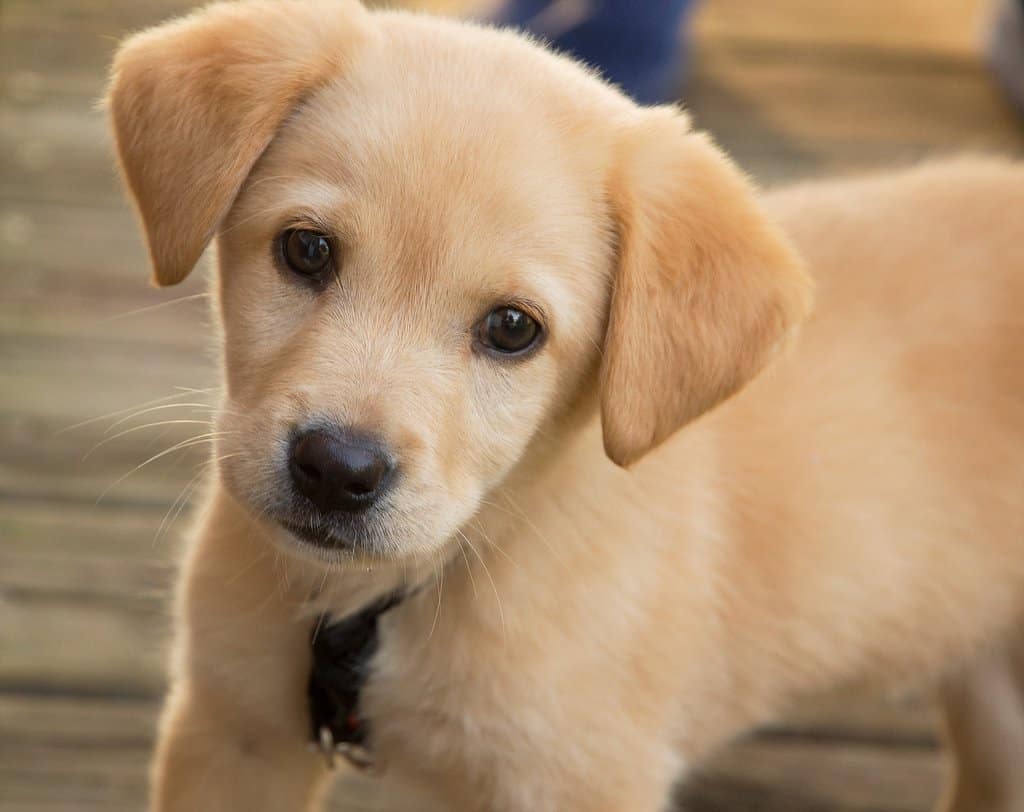 Intrigued by Stanley Milgram’s study that said people are very easily manipulated, Charles Sheridan and Richard King decided to repeat his experiment, but with one major difference. Instead of using an actor, they used a real victim who they really shocked. Since they couldn’t use a human, they used a puppy. Although the puppy was clearly in pain, twenty out of twenty-six volunteers continued pushing the shock button on up to its maximum voltage. 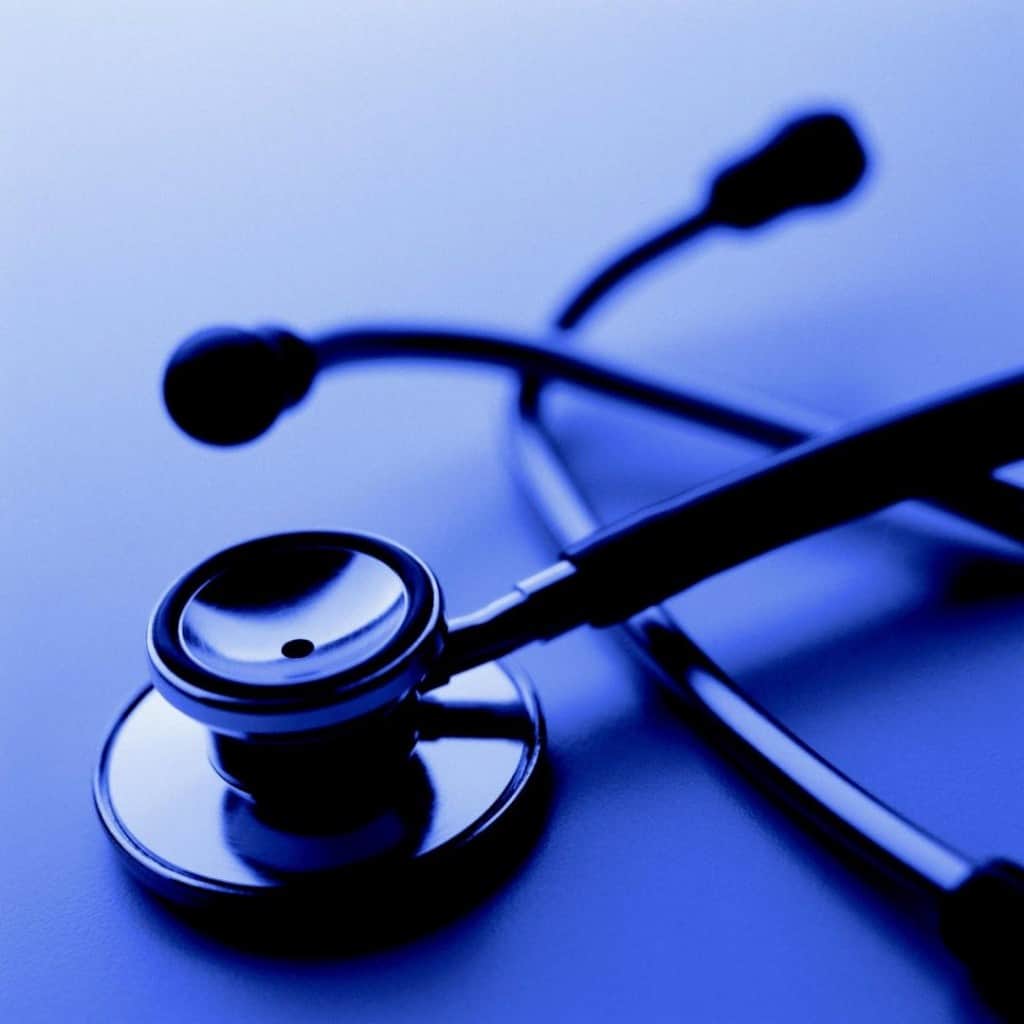 On October 31, 1938, John Deering participated in an experiment that was the first of its kind. He volunteered to have his heartbeat recorded as a firing squad shot him through his chest. While Deering was calm on the outside, his heart was beating at 120 beats per minute. When the sheriff gave the order to fire, his heartbeat raced up to 180 beats per minute. Once shot, it took 15.4 seconds for it to stop.