20 Of The Most Amazing Garage Sale Signs

Have you ever seen a garage sale sign that reminds you of a song or something that says Batman is the owner of the house the sale is being held at? Maybe there’s a way to get back at your cheating partner by selling their stuff and not burning it, or maybe you’re having a garage sale and want to try a different sign to see if you will get more “customers”. Have a look at these 20 amazing signs and get a better idea as to what you can write on the garage sale sign. 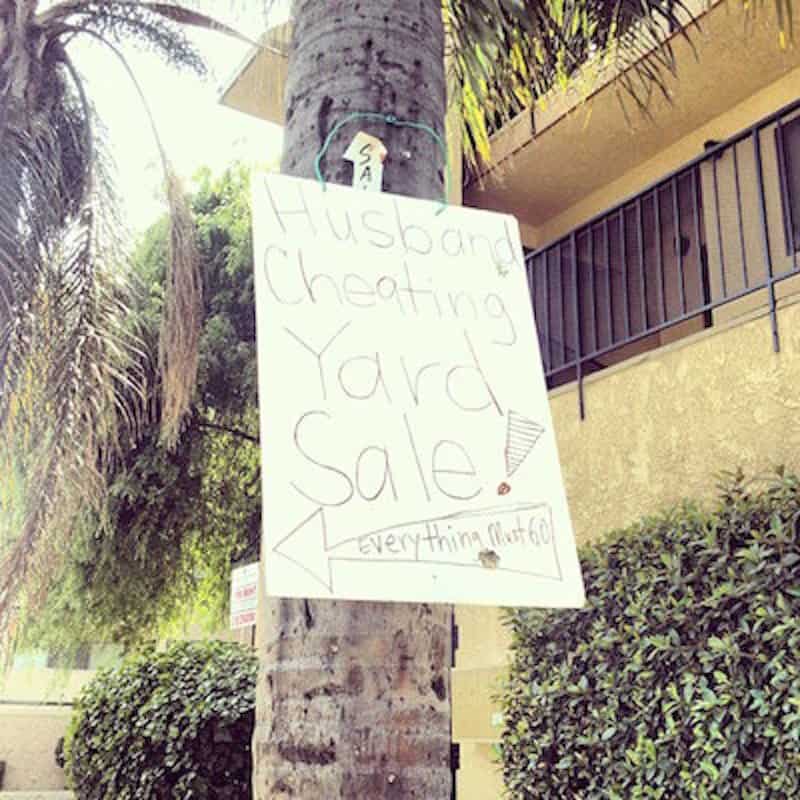 The best way to get back at your cheating partner is to just sell all of their belongings in a garage sale.

Will There Be Big Butts There Too? 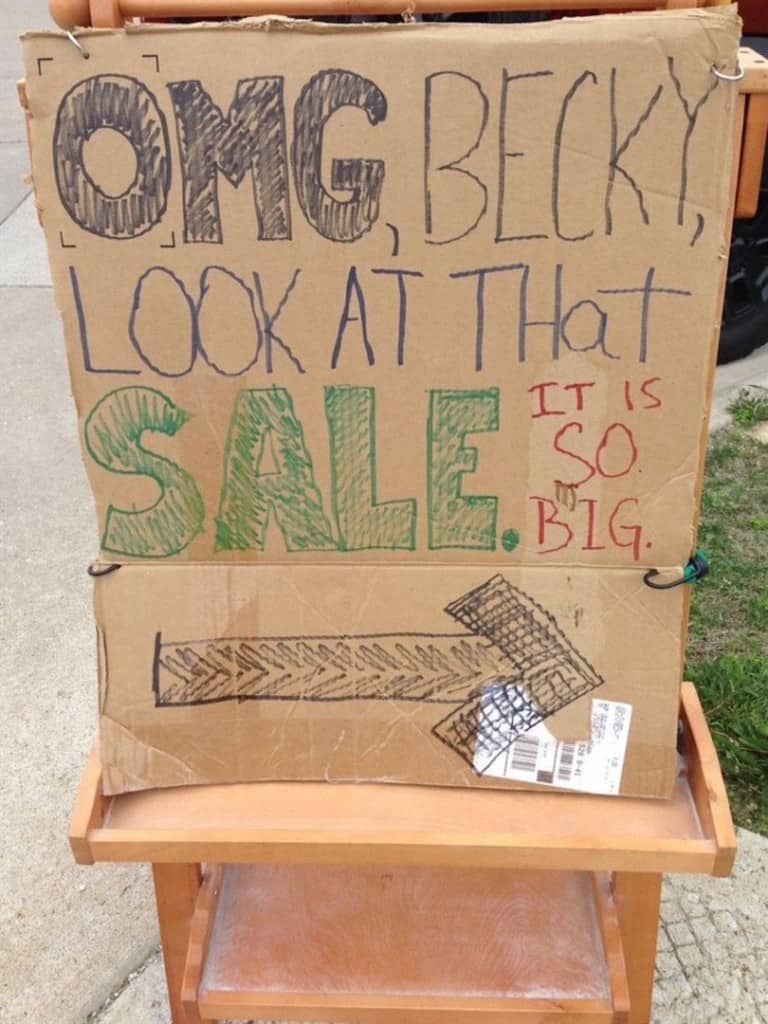 Her butt may have been massive but it looks like the sale maybe a little bigger. 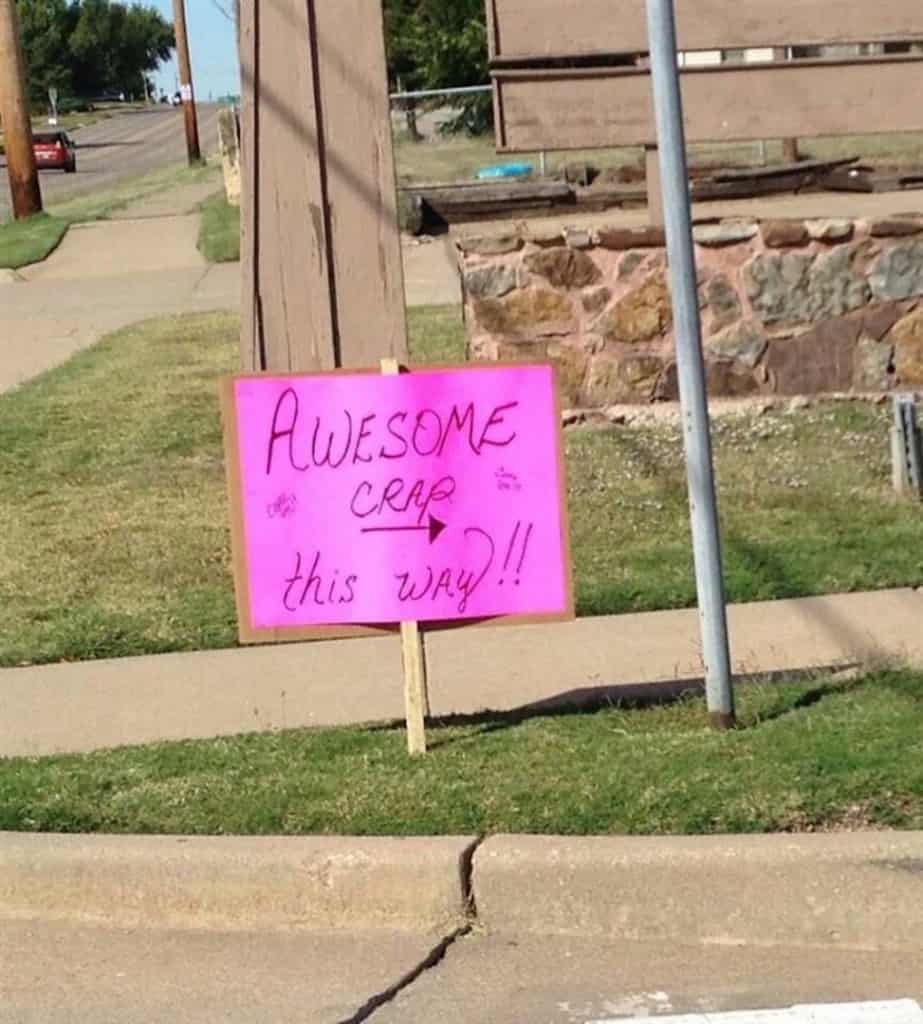 Is it just the sign that’s fancy or will there be fancy, expensive things at the sale as well? 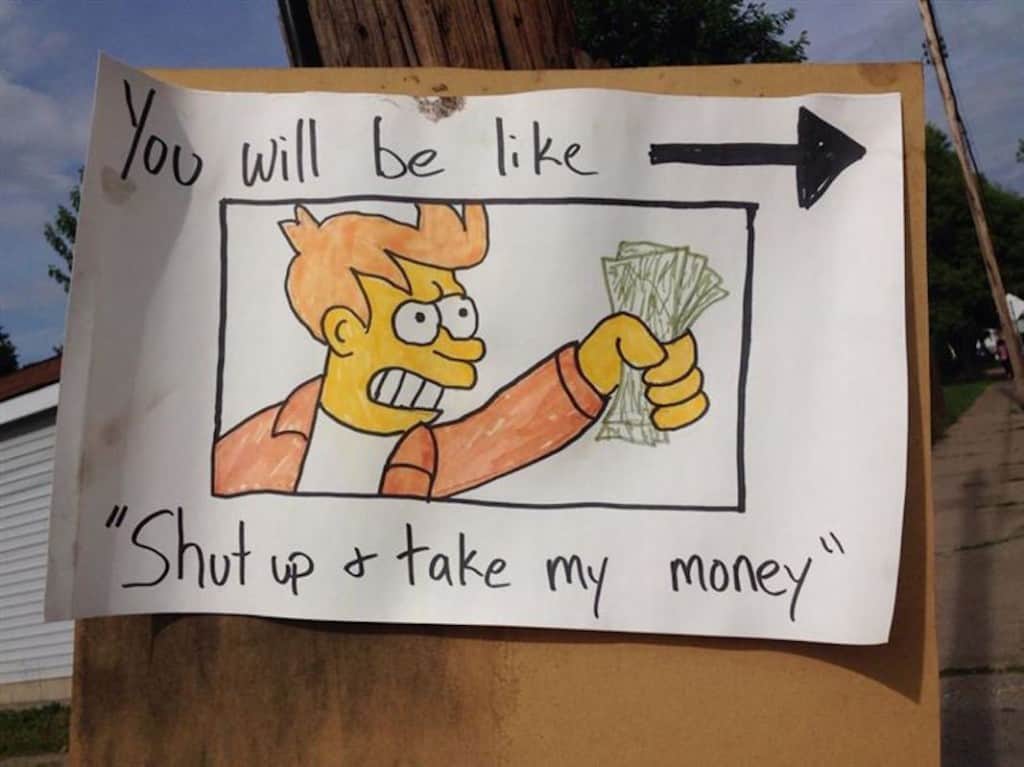 Let’s hope that the stuff at the sale is as good as they say it is, then maybe you’ll be saying “Shut up and take my money”. At least they used the right meme. 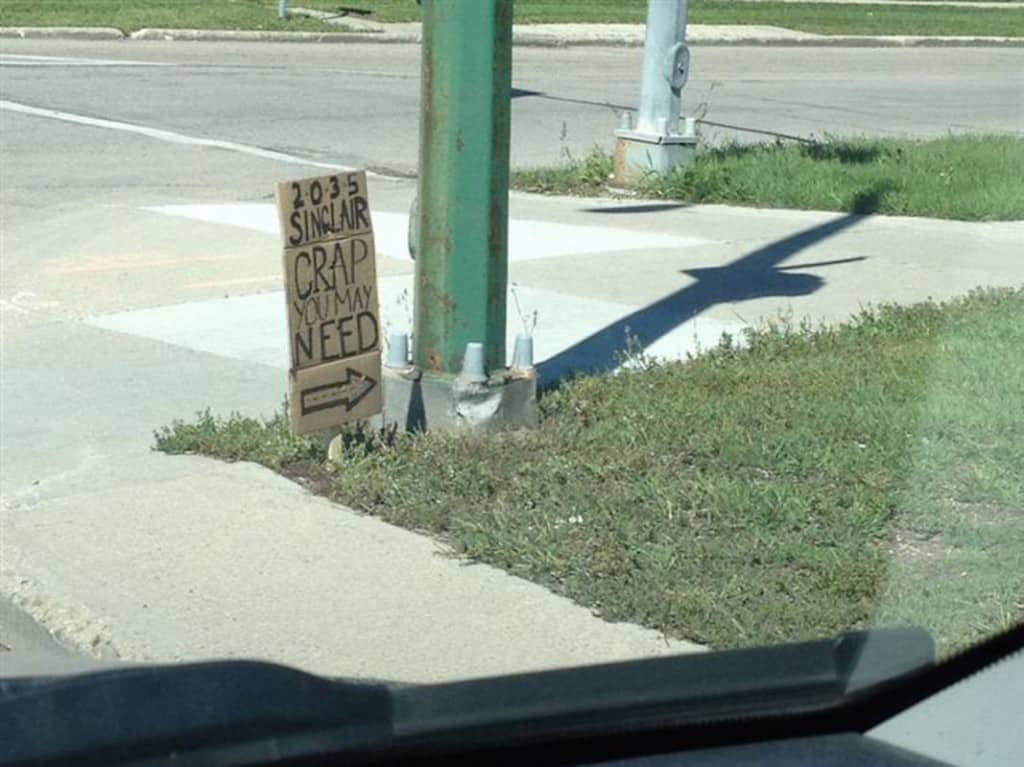 So apparently we need the stuff at this sale, but what if everybody already has everything that they’re selling? 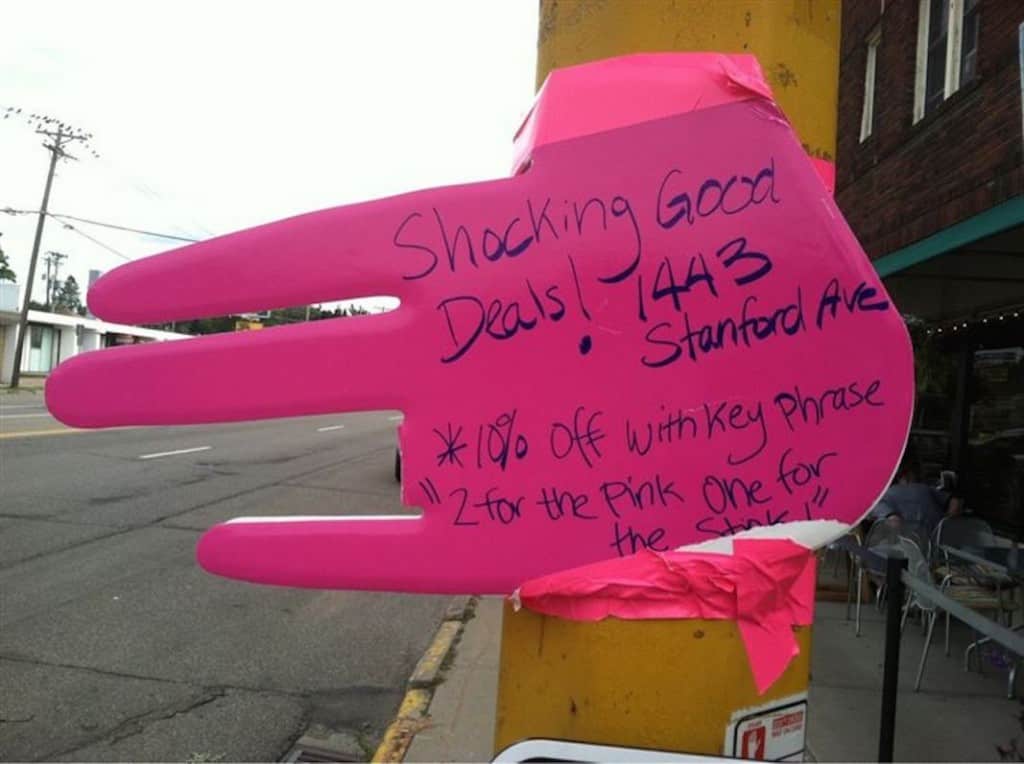 So if someone were to say the key phrase, they would get 10% off of their purchase, that’s actually not such a bad idea. 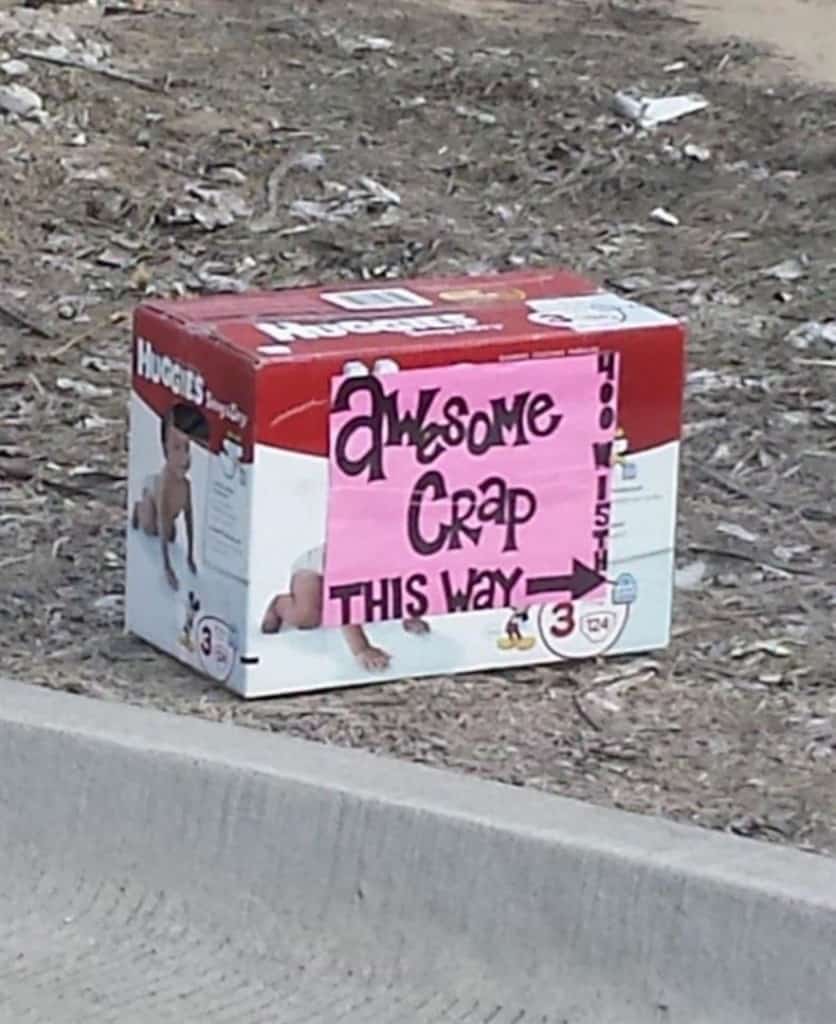 There’s awesome stuff over there, but what if we needed the nappies, could we just run away with the sign, but then no one would know where the awesome stuff is. There must be pretty awesome stuff at this sale if the seller has to use foul language to get people’s attention.

Just For The Ladies 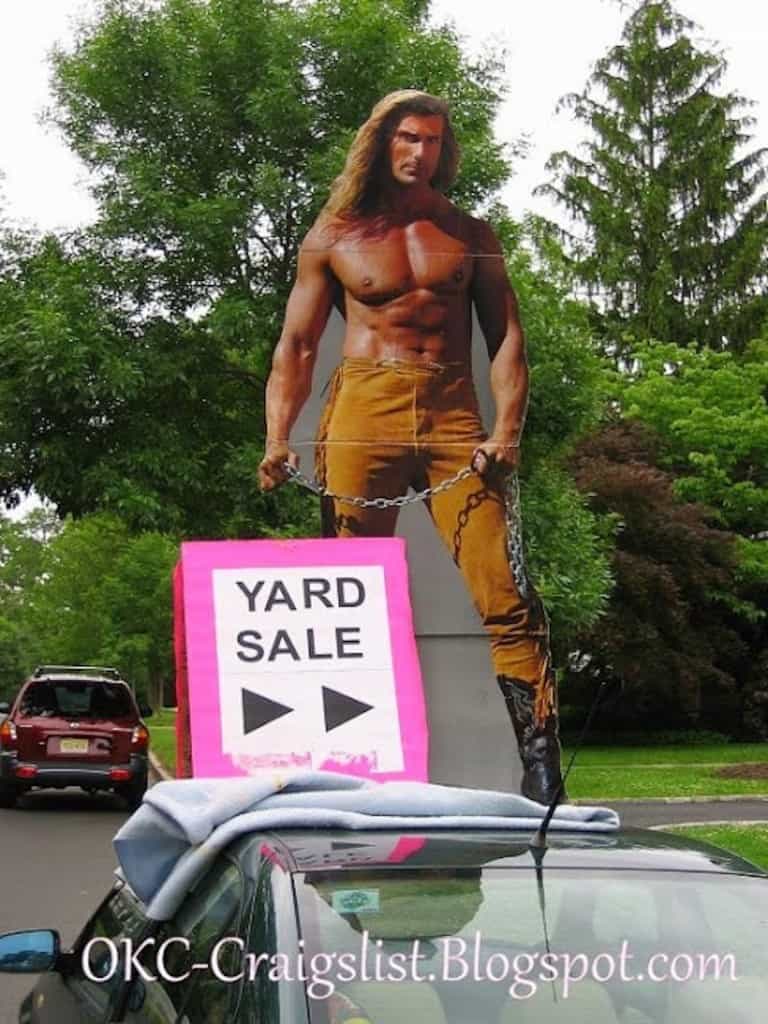 With a half naked male and a pink sign, it seems as if this sale is just for the ladies. 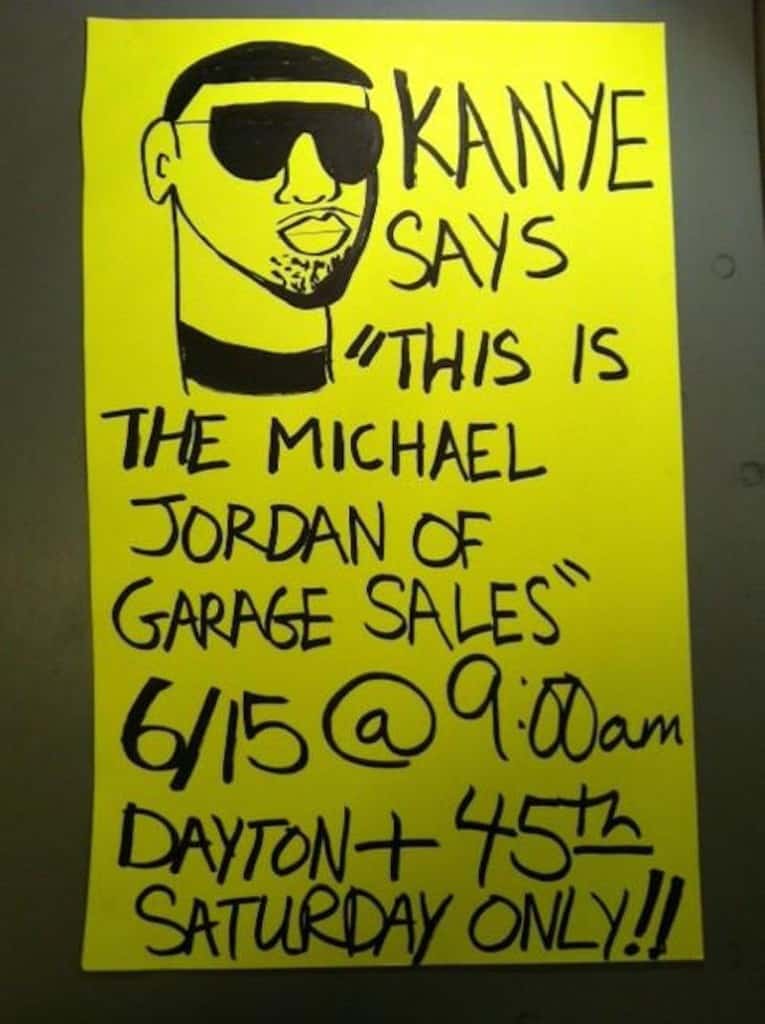 Apparently this is the Michael Jordan of garage sales, but will there actually be celebrities there? Let’s find out.

Another Garage Sale For The Ladies 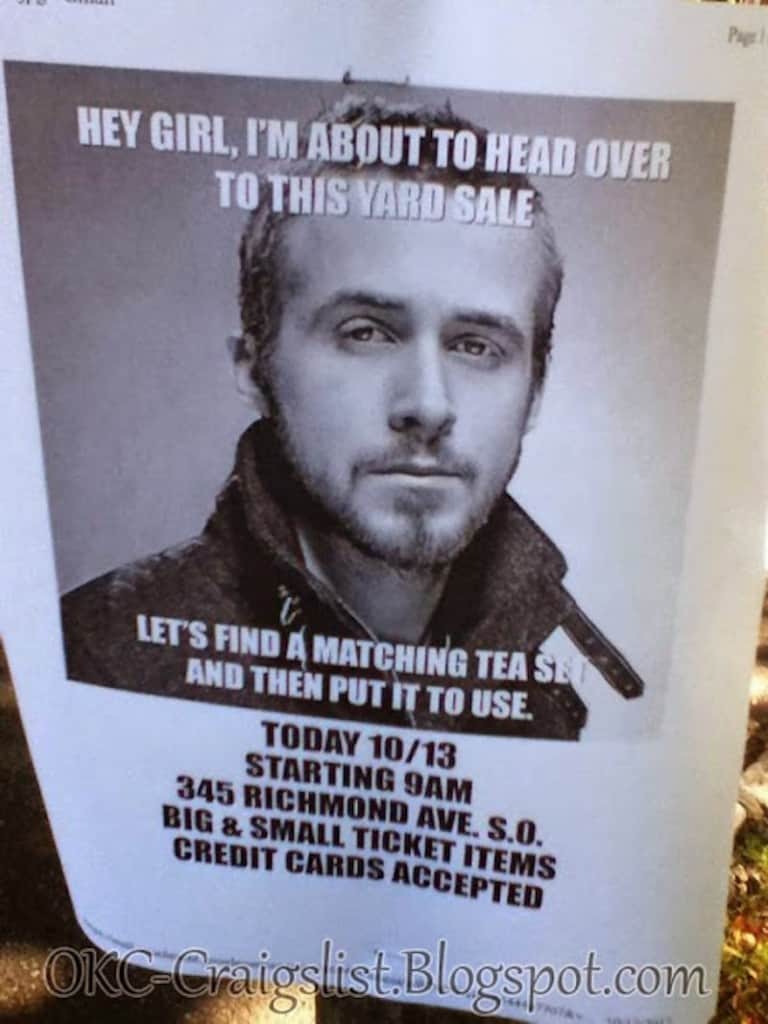 Hey girls, let’s all go down to the garage sale and hope to see Ryan Gosling there.

Back To The Yard Sale? 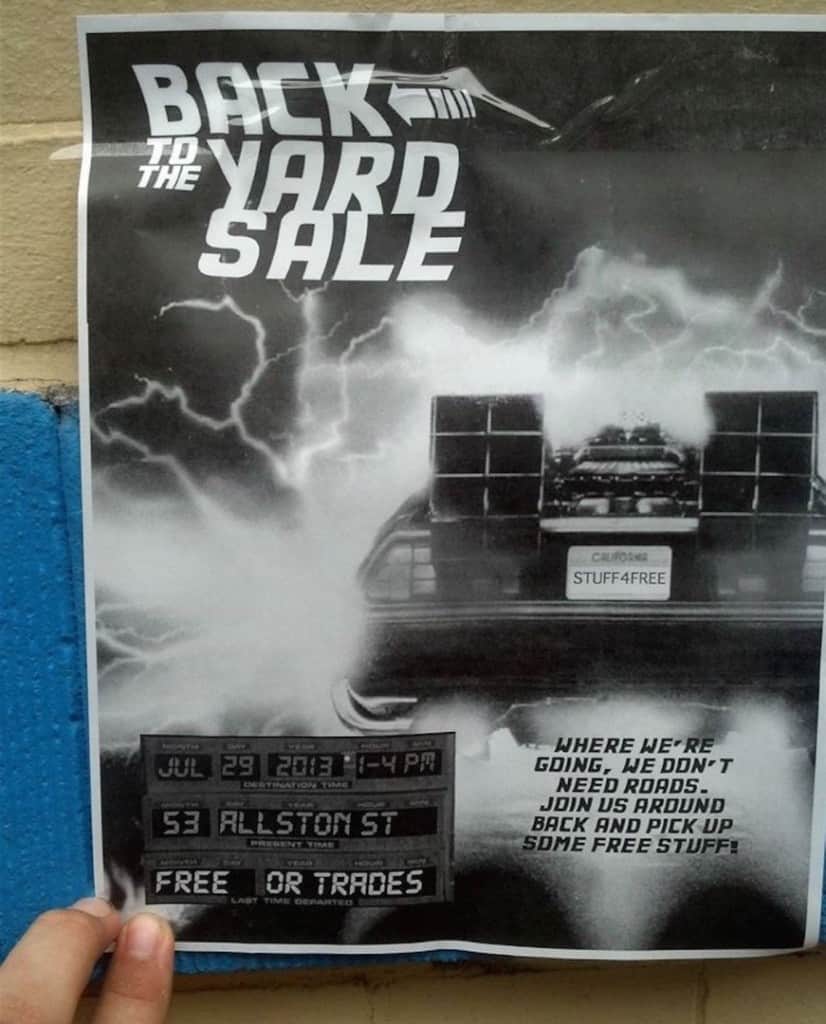 Why in the world would anyone go back to the sale? Unless they’ve actually found something they like and don’t have enough money at the time to get it.

This Is Just Sad 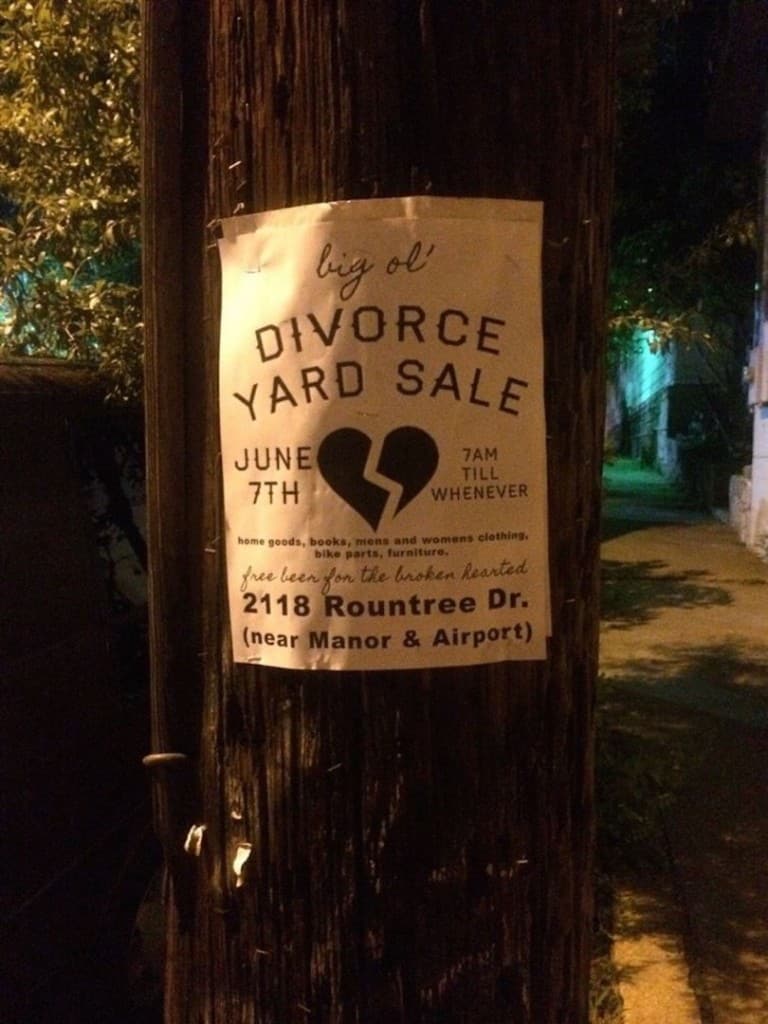 Has anyone ever been to a divorce yard sale? This one has free beer for the broken hearted.

Y U No Buy Everything? 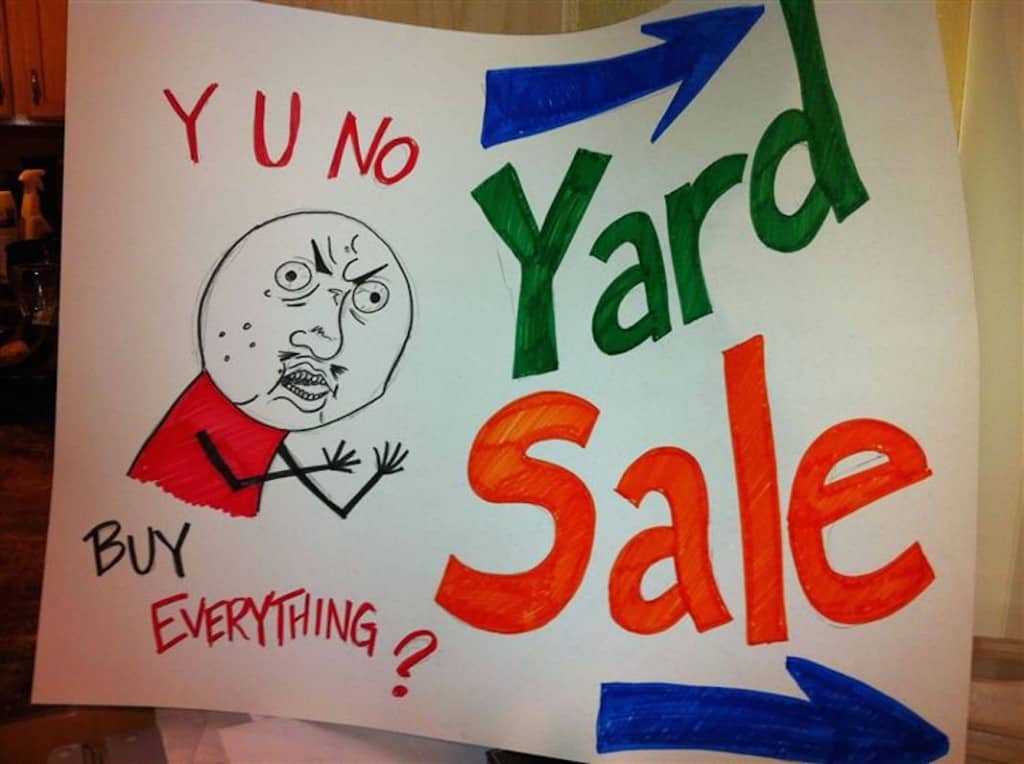 Yes, we’re going to go to your yard sale and buy everything, that way no one else will be able to buy anything. 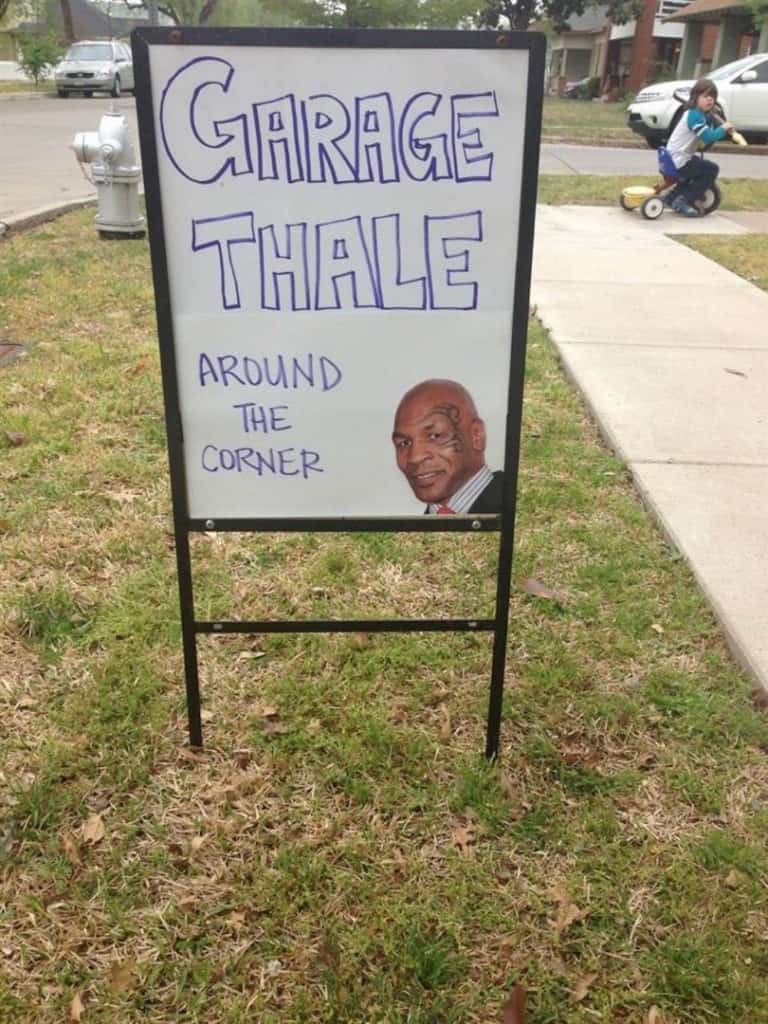 Does anybody know what a garage thale is? Apparently Mike Tython does. 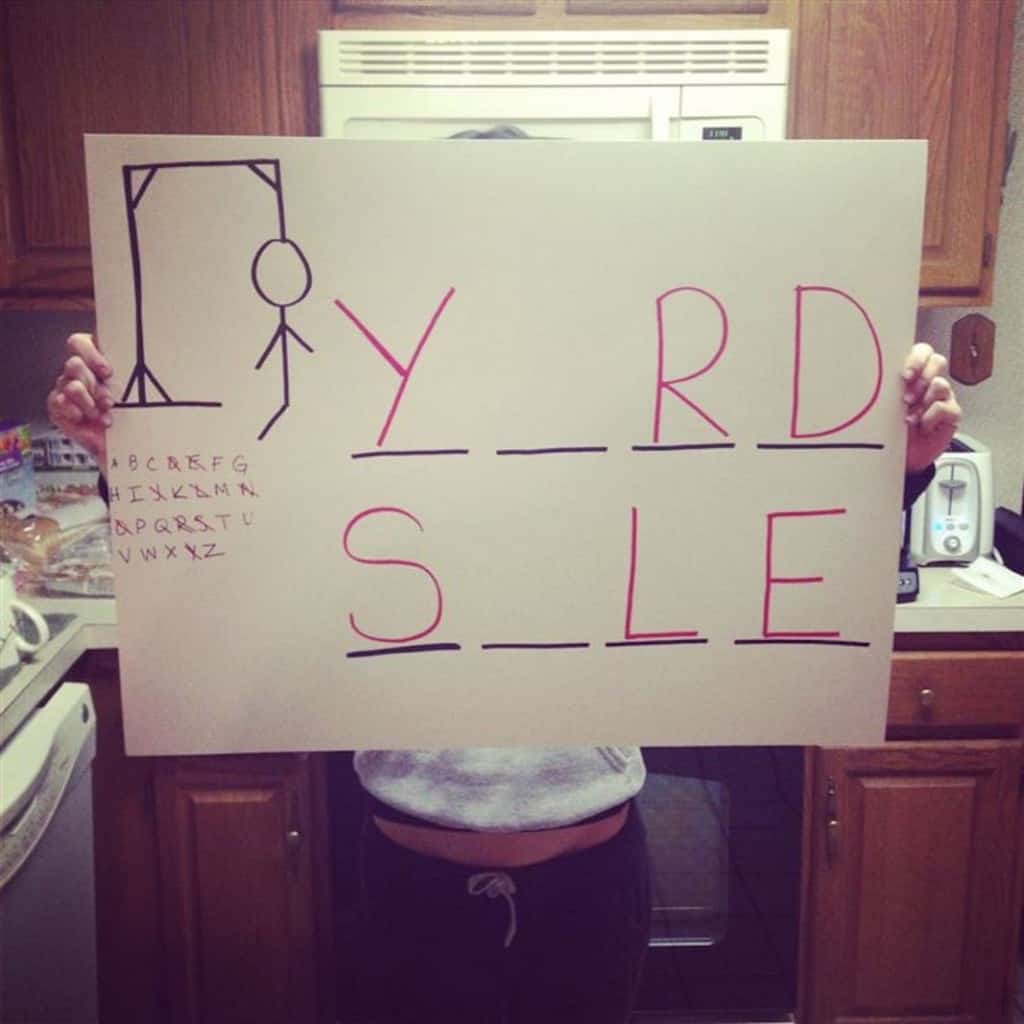 This sign has two missing letters, can anyone guess what it is and where the s_le is actually taking place?

But Are You Sure? 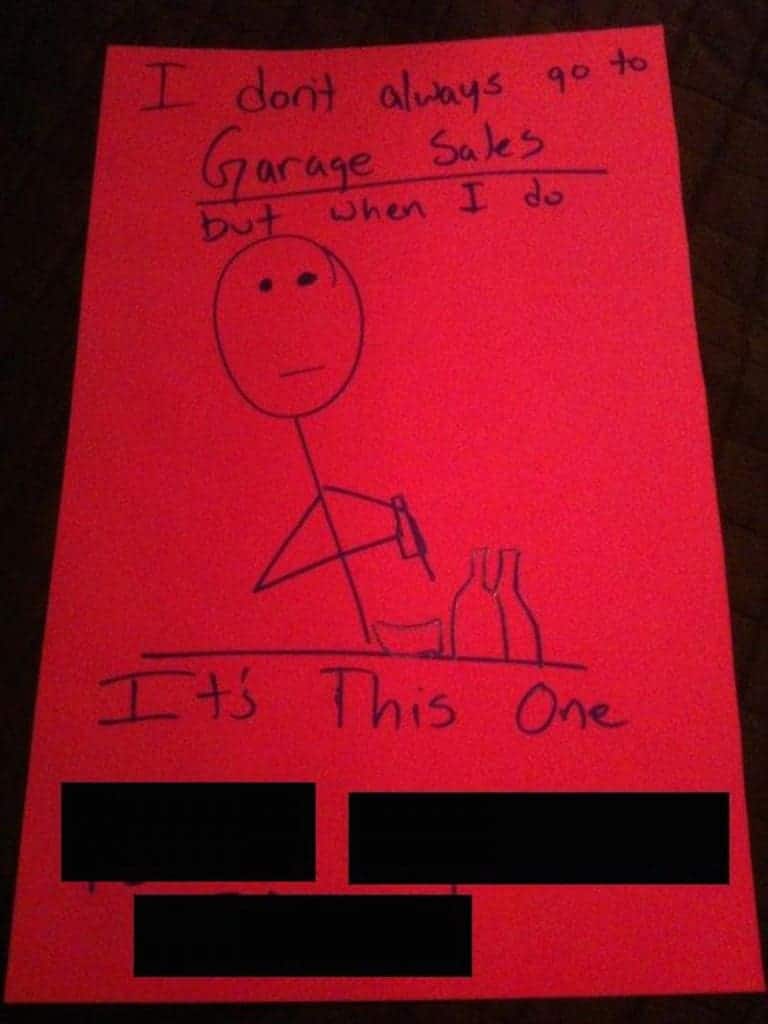 Another use of a meme for a garage sale sign, it seems they’re becoming popular. Maybe something like this will help bring in more people, who knows? 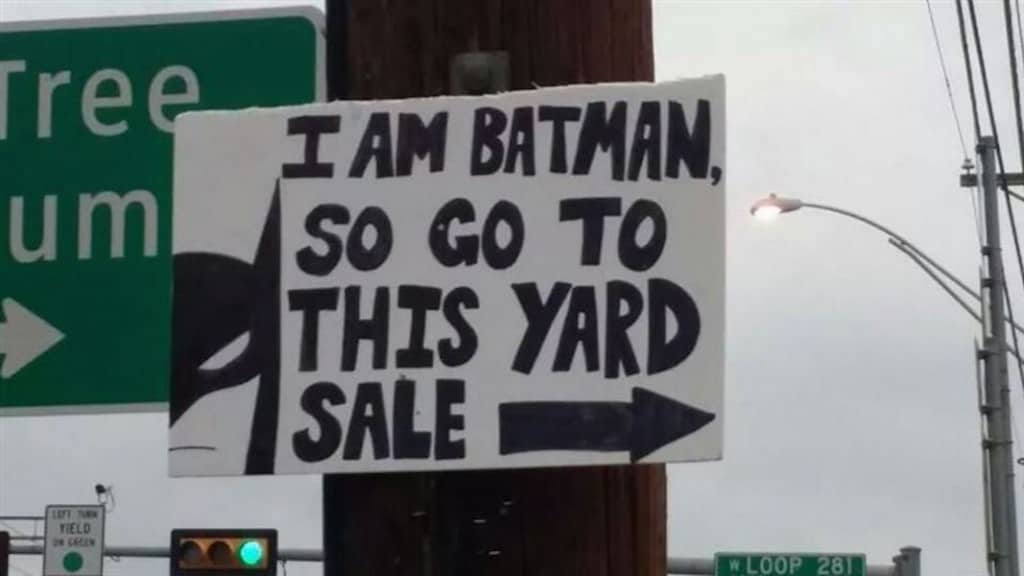 Does it matter if he’s batman? What if we don’t really want to go? The only thing we’re wondering is whether we’ll see Bruce Wayne and Batman there at the same time. 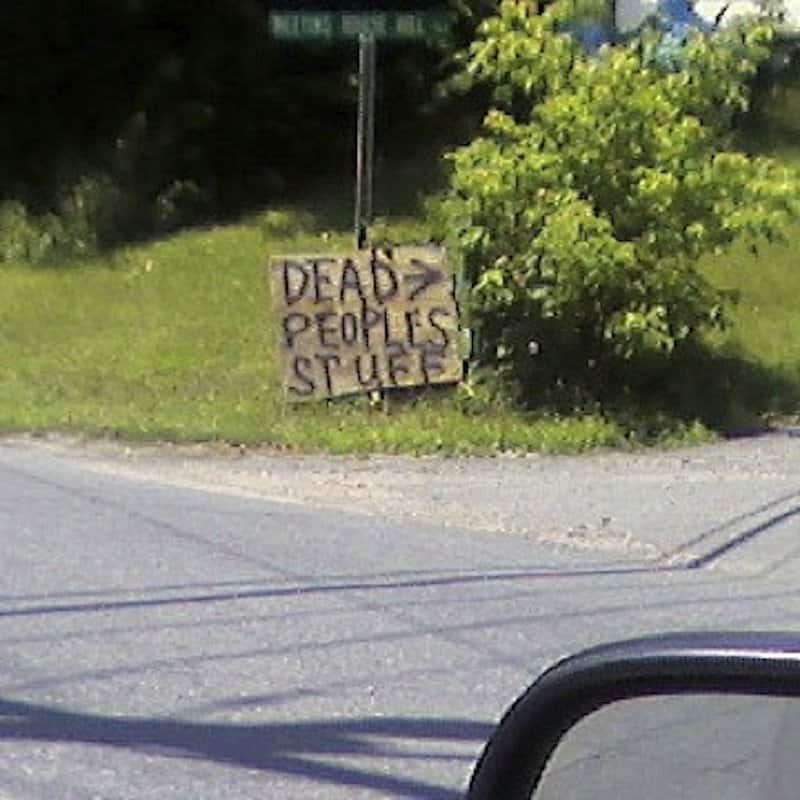 Let’s just buy and use dead peoples stuff, and get the creeps when we feel as if there’s a ghost hovering around our house. 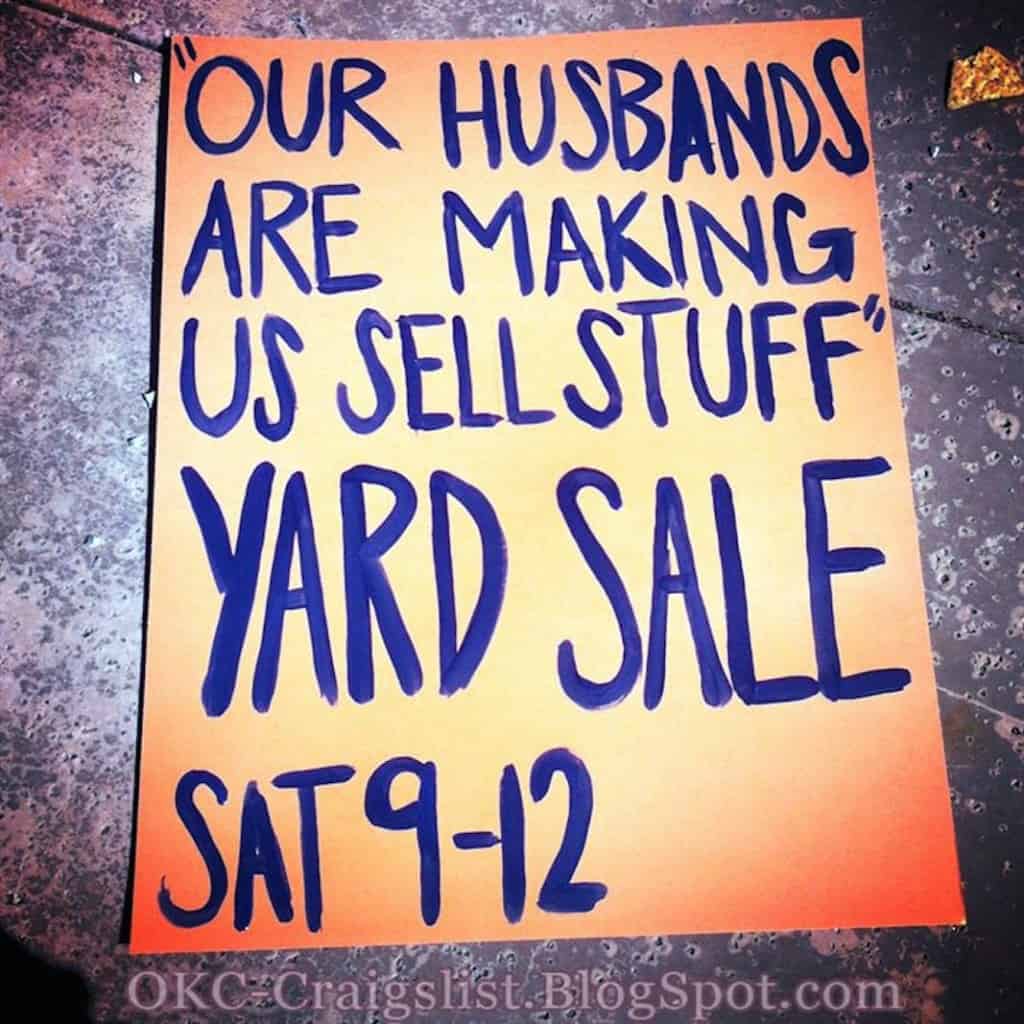 Aren’t the wives supposed to be the bossy ones — telling their husbands that they don’t want to sell any of their belongings?