20 Most Haunted Places Around The Globe

Each country, city, or community has a ghost story to tell. Even the most civilized non-believers can often point to a haunted place nearby and oddly enough, they never go out of style. While these terror stories are part of history, what’s printed in books only reveal half of the horror. Through personal accounts of those who managed to escape, artifacts and other forms of documentation, these stories are often a bit more chilling. If you’re into the creepy and mysterious, this top 20 list is for you. Read at your own risk! 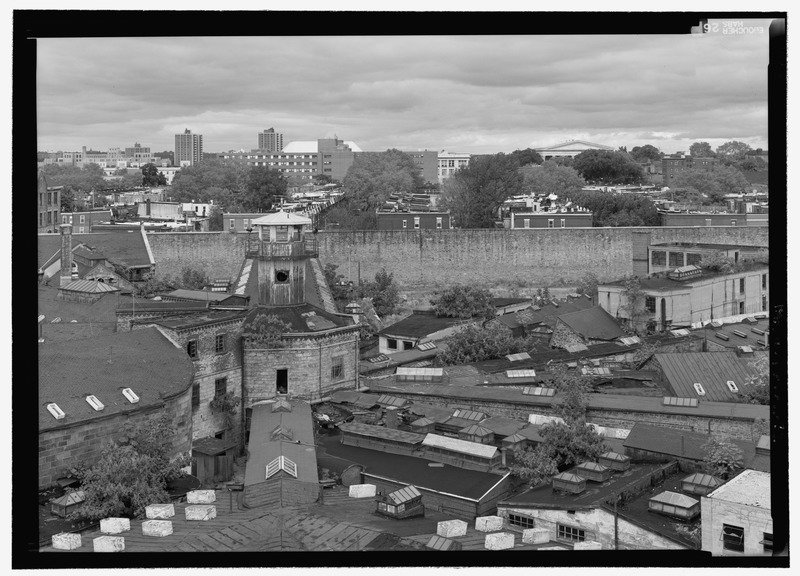 Built in 1829, prisoners in this institution were kept in solitary confinement. This drove some prisoners insane and most of them died either of natural causes or suicide. Minor ghost sightings started in 1940 but became intense when the prison was abandoned in 1971. Reports of shadowy figures, strange sounds heard from cell blocks, and violent noises spread. 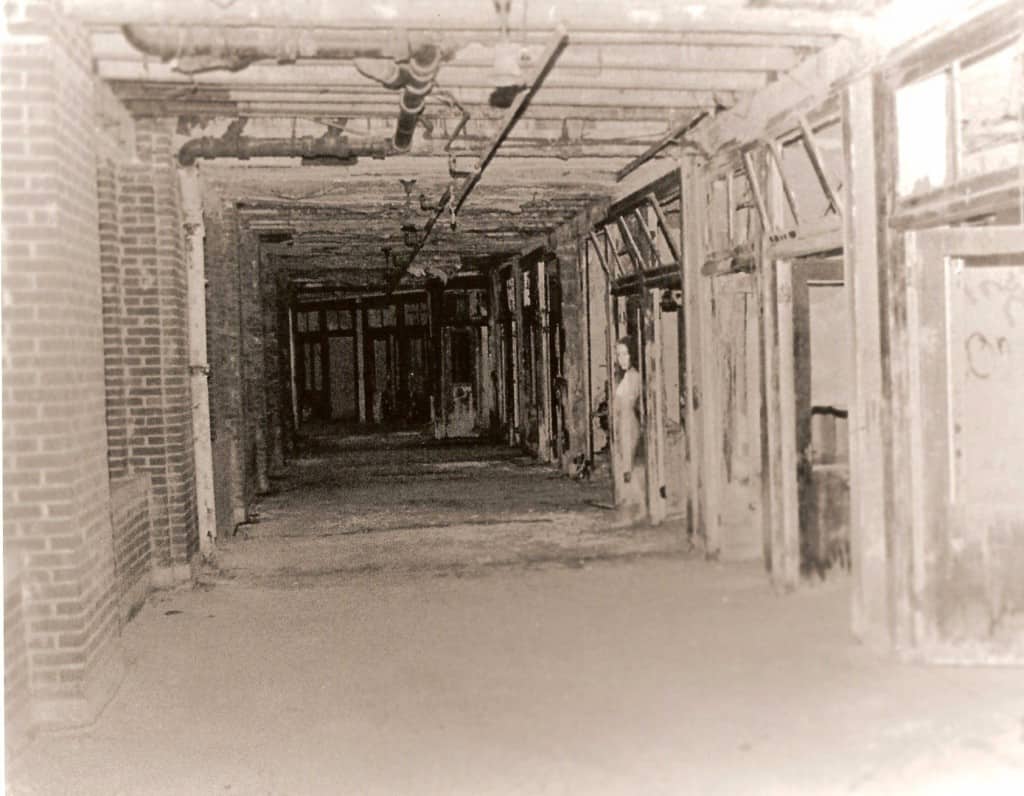 Considered one of the most haunted places in America, the Waverly Hills Sanotorium was built originally for tuberculosis patients back in 1910. As a last resort, surgeons would operate on the patient, remove the lungs or insert balloons to test for breathing. While others made it, there were few that left Waverly Hospital. But years after the hospital was abandoned, ghost sighting have been reported. Some heard whispers, footsteps, a man in white coat, and experienced other hair-raising paranormal activities. 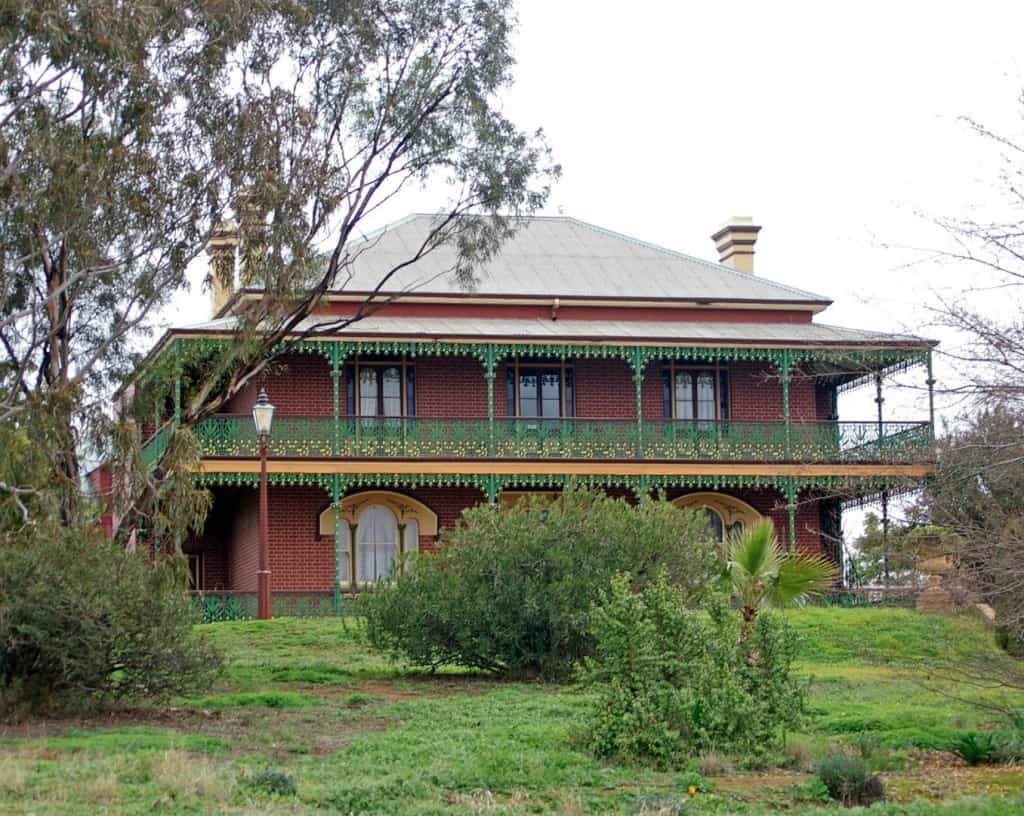 Located in the town of Junee in New South Wales, Australia, Monte Cristo Homestead is also known for ghost sightings. The property had seen a number of tragedies after its original owner, Christopher William Crawley, and his family died. Sightings of Mrs. Crawley have been reported. There were also apparitions of a woman in the balcony and a young boy loitering around. 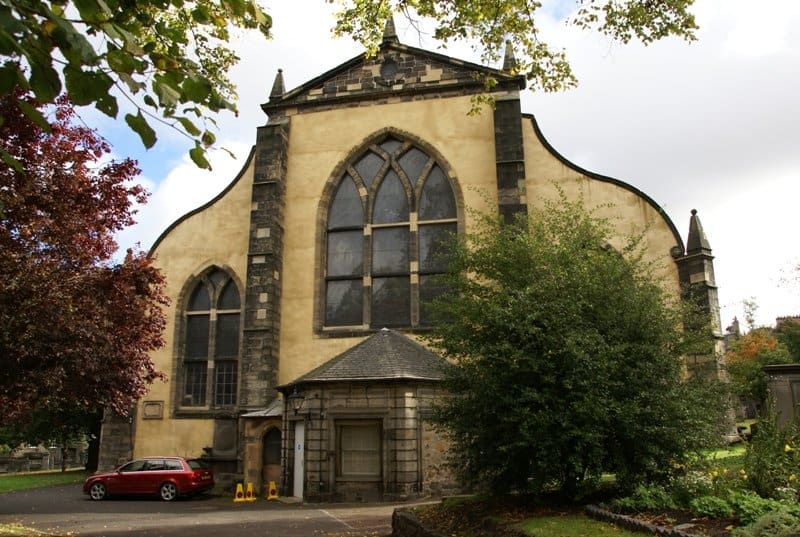 If you have heard of the Mackenzie Poltergeist, this is where it all started when a homeless man broke into Sir George Mackenzie’s mausoleum. Visitors reported ghost sightings and violent occurrences taking place inside. Often, the visitors would black out and leave the location with bruises or scratches. 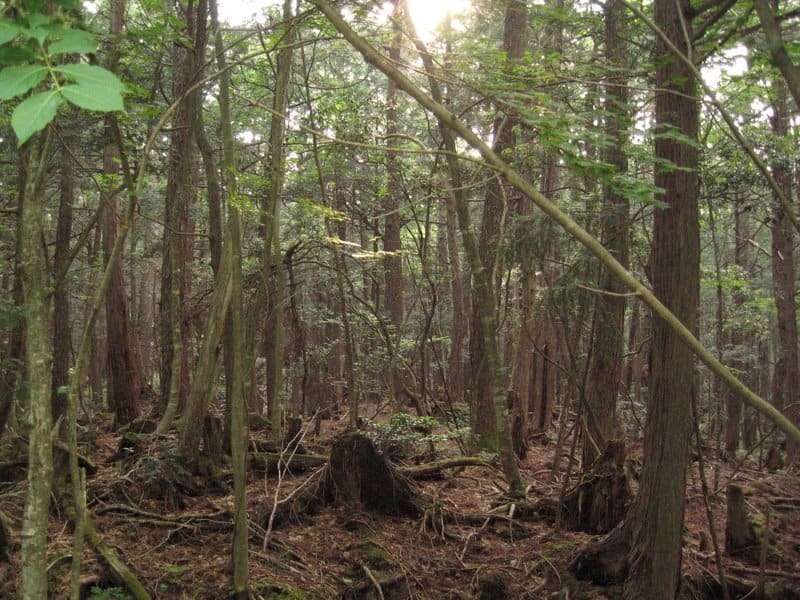 The famous Mt. Fuji site earned its reputation as the ‘Suicide Mountain of Japan.’ Stories of suicides are certainly enough to make the forest one of the most haunted places on Earth. 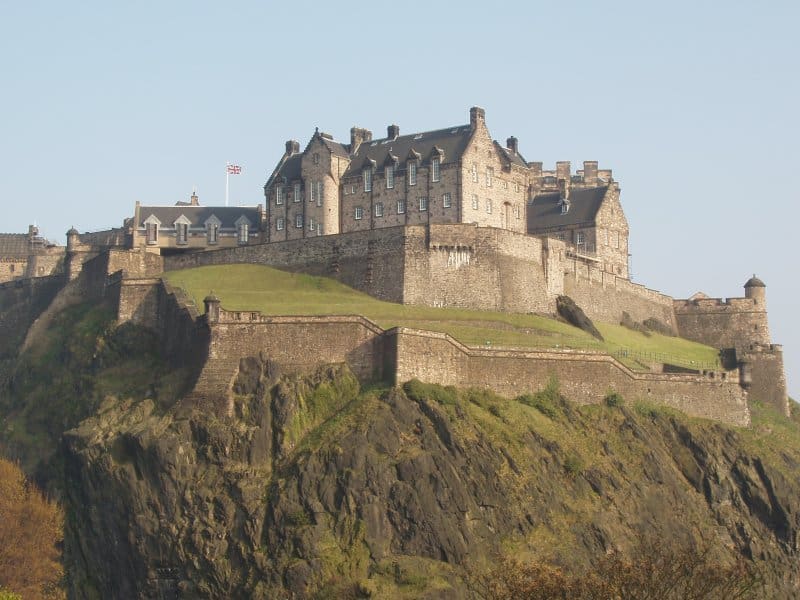 Within the most haunted places in Europe, Edinburgh, lies one of the most haunted places in Scotland. The Edinburgh Castle rests atop Castle Rock. The place is enveloped by cliffs and terror starting from the Castle’s dungeons down to the tunnels. Ghost sightings and other paranormal activities have been reported, and many assume that these are apparitions of prisoners tortured in the Castle back in the 17th century onwards. 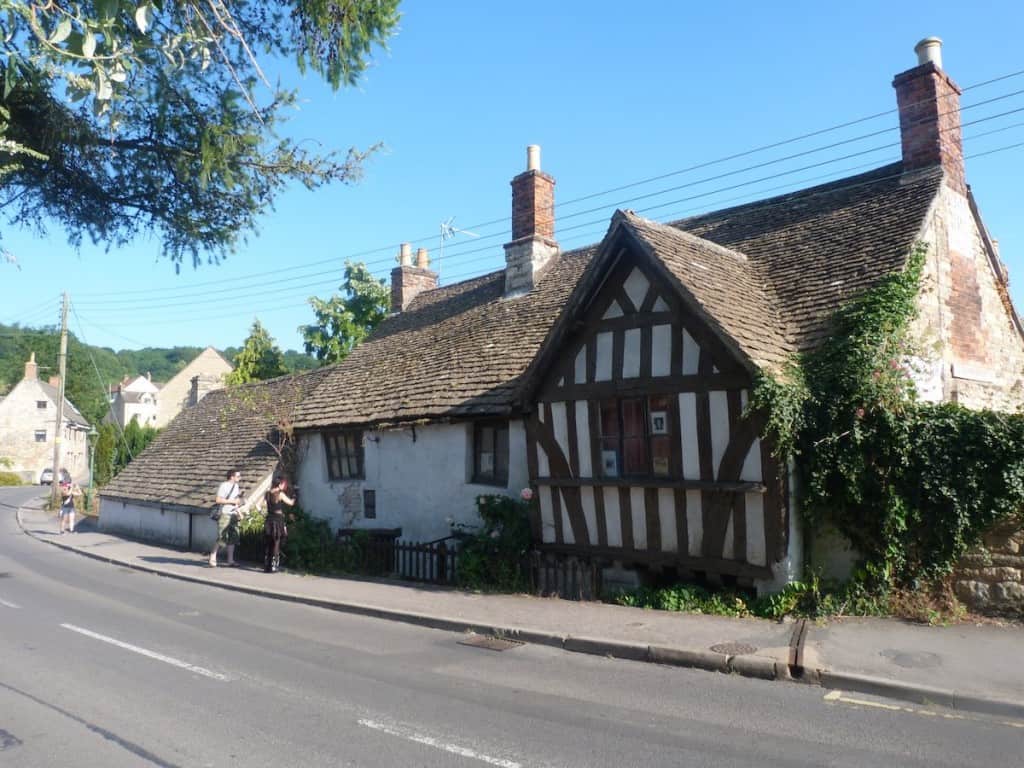 The Ancient Ram Inn is said to be the most haunted B&B in England that some guests would jump out of the window or run away in the middle of the night to escape its terror. The place was built on a pagan cemetery. The ghosts of these dead ancestors manifests as unseen forces that unsettles guests. 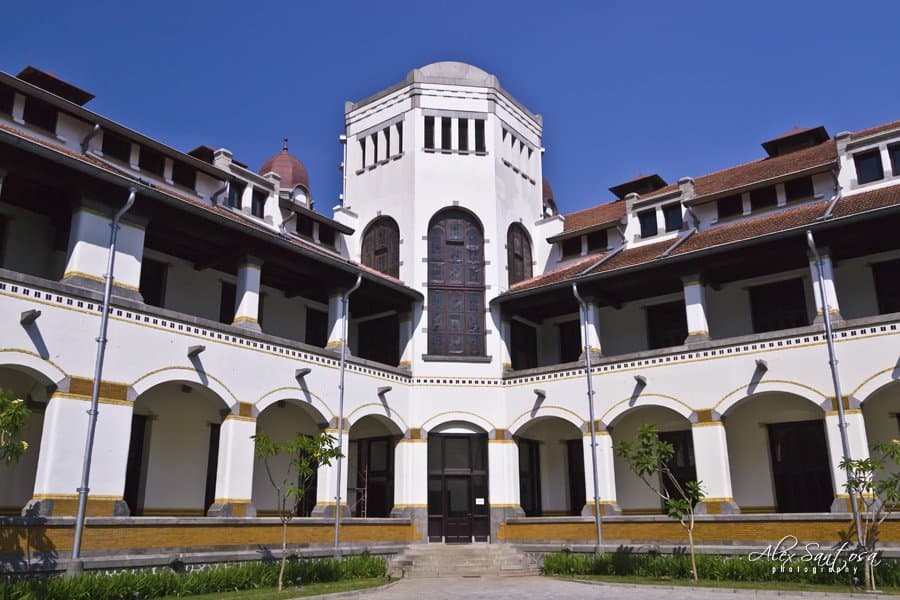 This old building in Indonesia is believed to be haunted. One of the guests reported a ghost sighting of a woman with bloody face. During the early 1900’s in the time of Japanese occupation, this building became a camp where prisoners were tortured and killed. 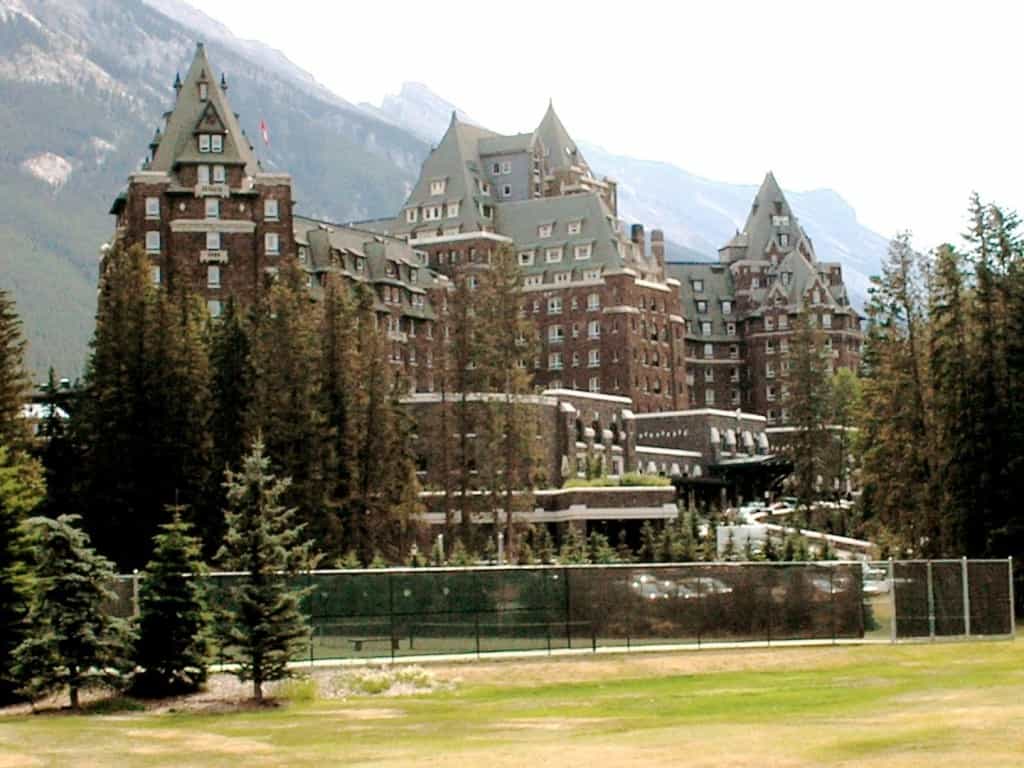 Banff Springs Hotel is a 109-year old building where ghosts found a place to settle. Eerie occurrences such as things moving on their own, shadowy figures roaming around the building, and voices have become common stories among people who have been to this place. 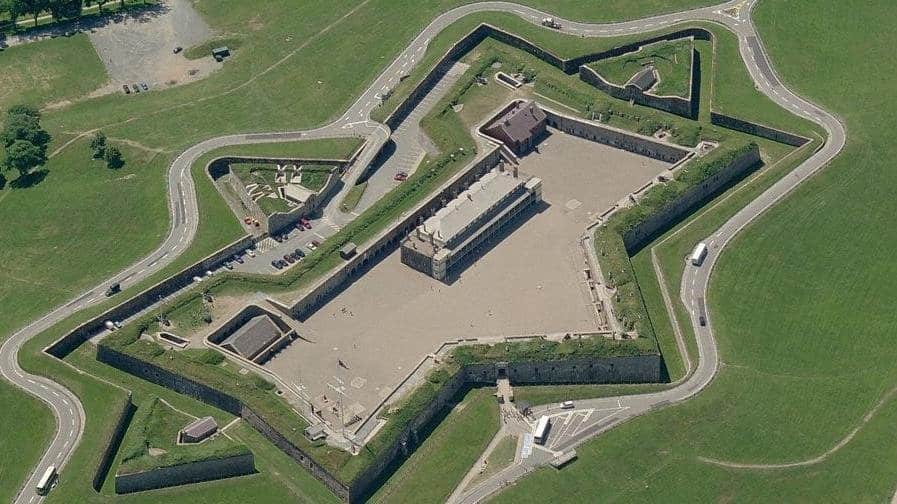 The Citadel may look like an abandoned building but it actually is not. The moment people shied away from this place, ghosts began to crowd the empty halls. There have been a number of reports that prove the existence of paranormal beings in The Citadel, and the number continues to grow. The caretakers in fact hold haunted tours in The Citadel not just for profit but for the curious people to judge whether the stories are true or just an imagination. 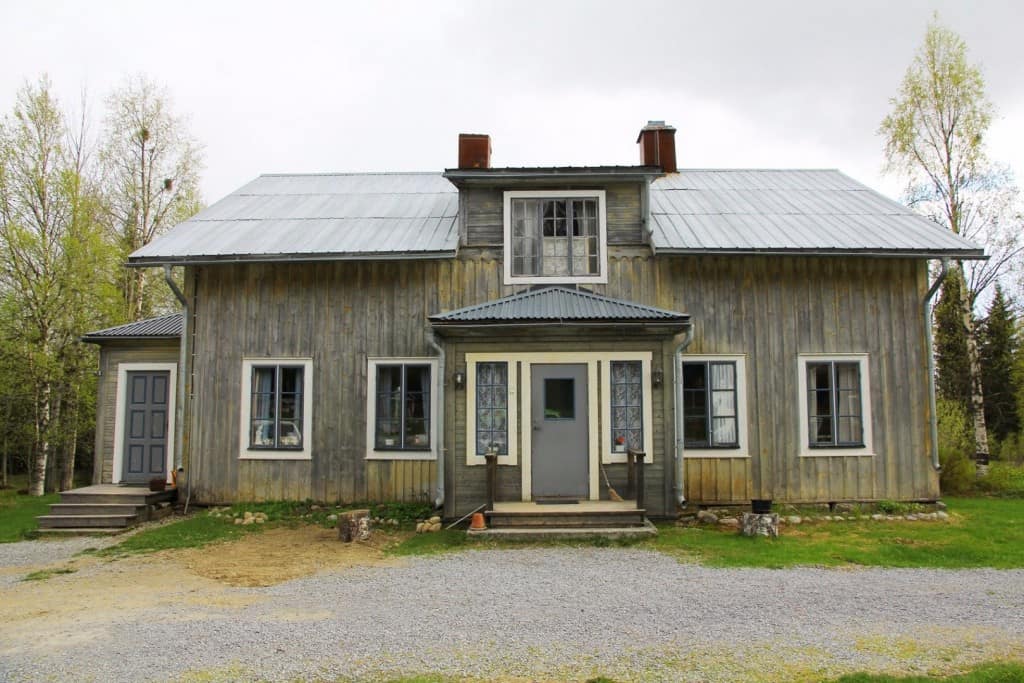 Built in 1876, the Old Vicarage is known to be the most haunted old house in a small village called Borgvattnet in Jämtland County, Northern Sweden. People who lived here experienced chilling paranormal activities which included old women staring at you in your sleep, moving objects, and strong unseen forces to mess with your mind. Though haunted, the place has been turned into a café and guest house. 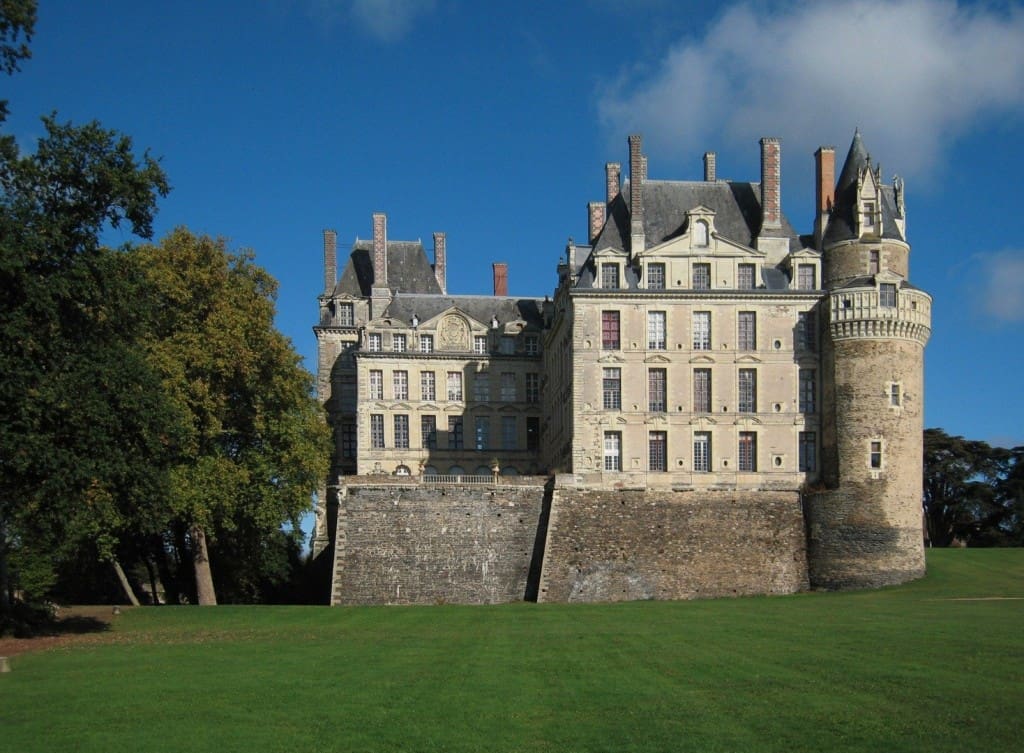 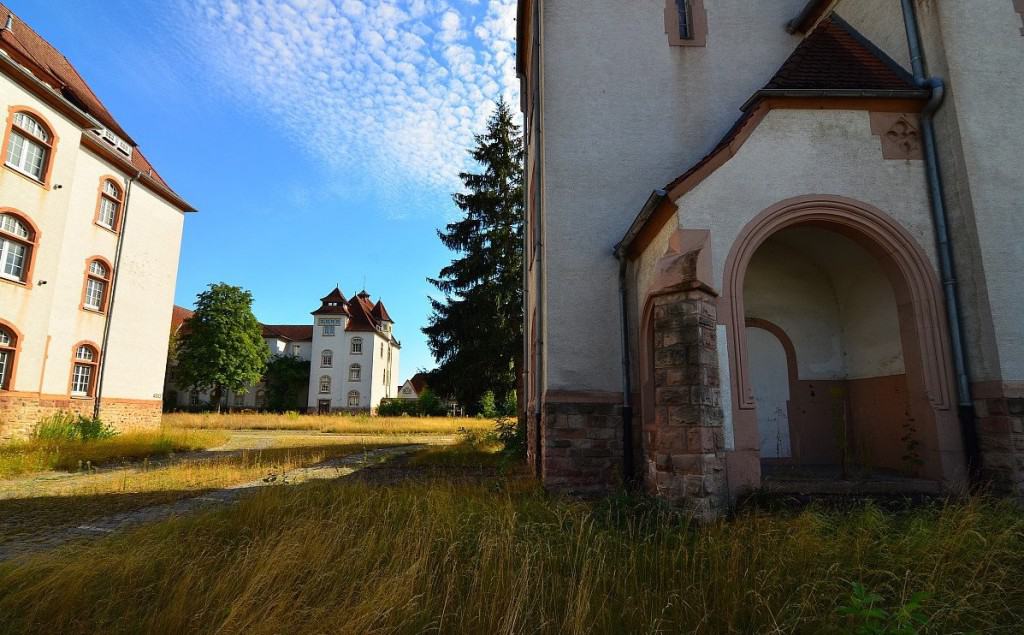 Many sightings have been reported by the locals about ghosts of uniformed soldiers that used to inhabit the barracks. They were spotted wandering the area along with screams and strange noises. In some instances, soldiers who occupied the place would receiver phone calls from a woman that speaks backwards.

Island of the Dolls 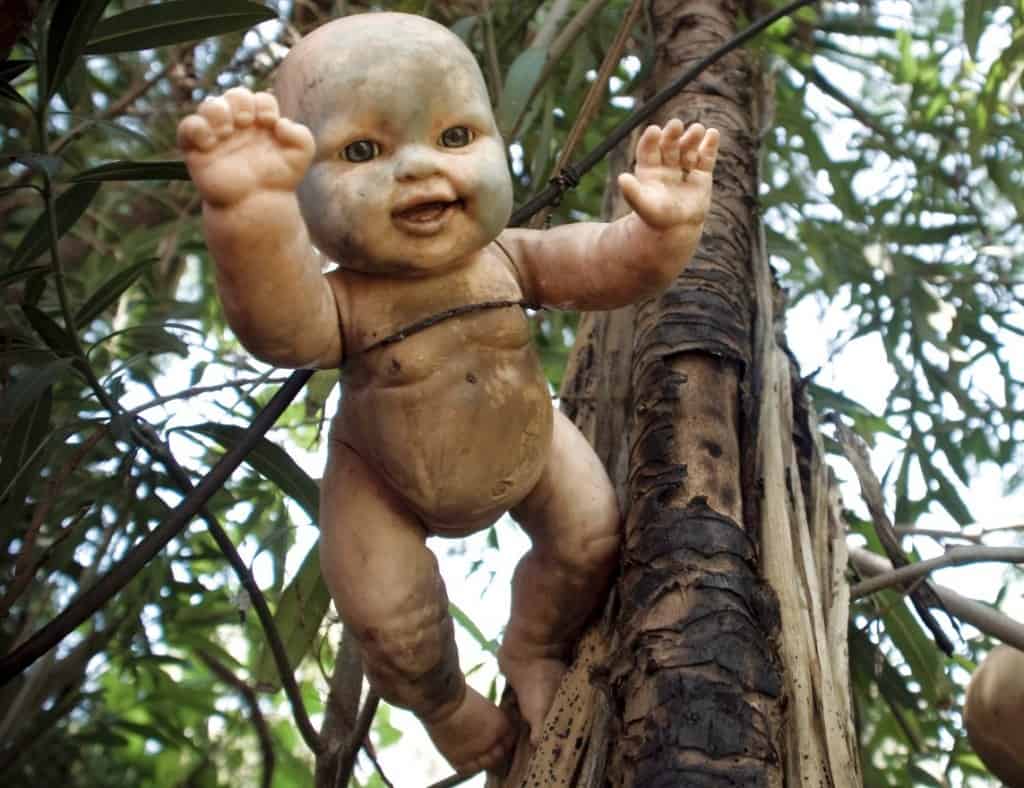 Located in the South of Mexico is a small island called Isla de las Munecas or Island of the Dolls. Along with thousands of people are hundreds of creepy looking dolls decorating the trees. This is intended to be a dedication to a girl who met her unfortunate demise through drowning. Legends say that the dolls were possessed by the girl’s spirit. 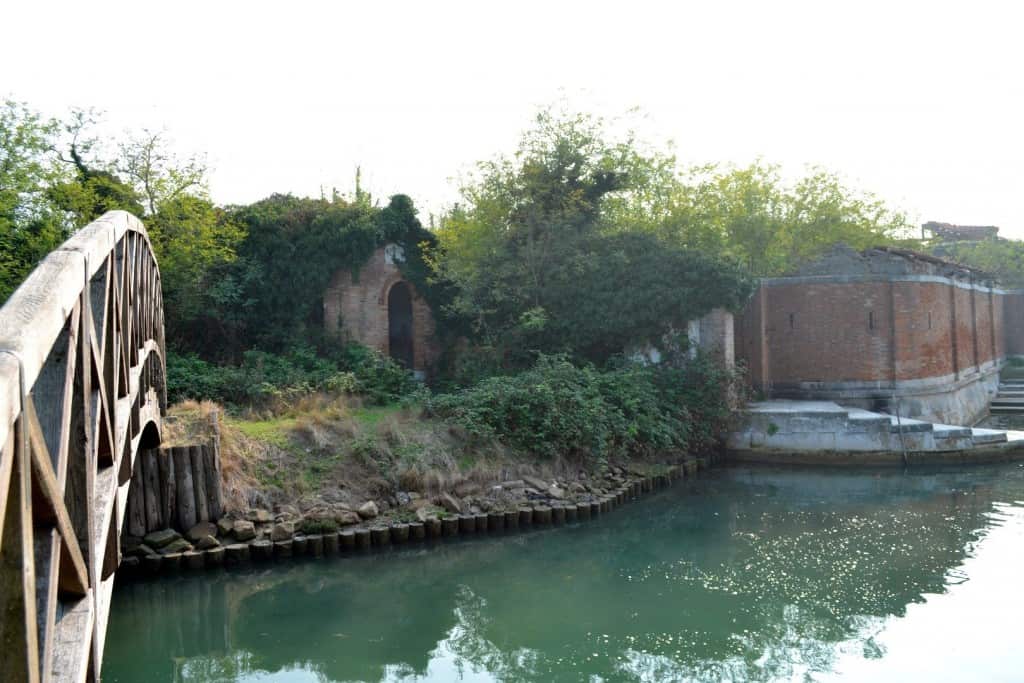 Poveglia Island in Italy made it to the list of the most haunted places on Earth because of its terrifyingly rich history. From a quarantine station, it became a dumping ground for victims of the plague, and then home to an asylum. The island has been vacated but not completely as ghost sightings in this place keep rising. 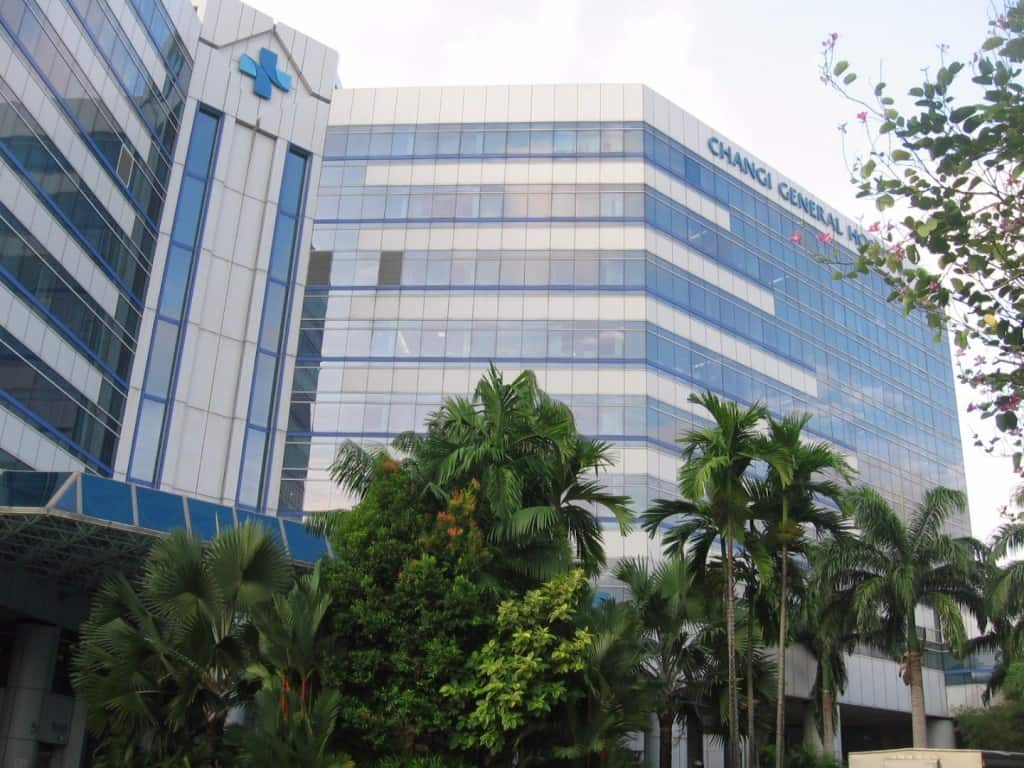 In Singapore lies the old Changi Hospital, abandoned and haunted by lost souls. It was built in 1935 as barracks for the British RAF. During World War II when the Japanese invaded the country, Changi Hospital became a prison where British soldiers and enemies were tortured and killed. 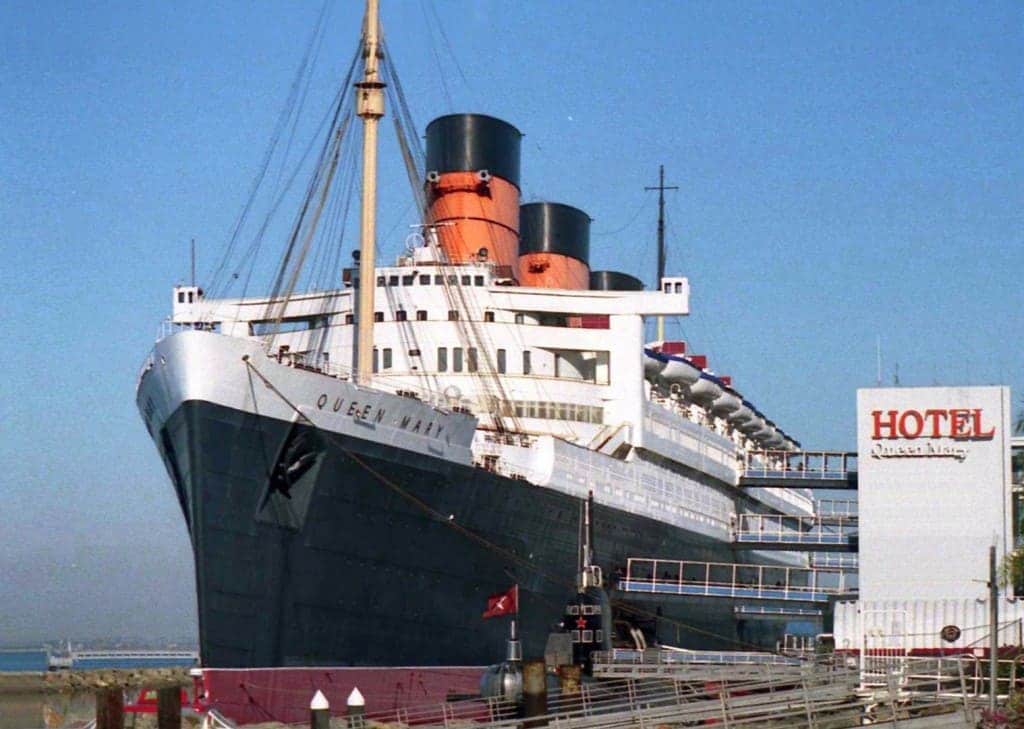 No one would have thought that the glamorous Queen Mary Hotel resting in the Long Beach Harbor is a haunted ship. From a luxury ship, it became a troopship in 1939 when WWII broke. It was also used to transport war brides and their children. Almost all areas of Queen Mary has its own share of ghost sightings especially the pool area where women were seen clamoring in their 1930’s bathing suits. 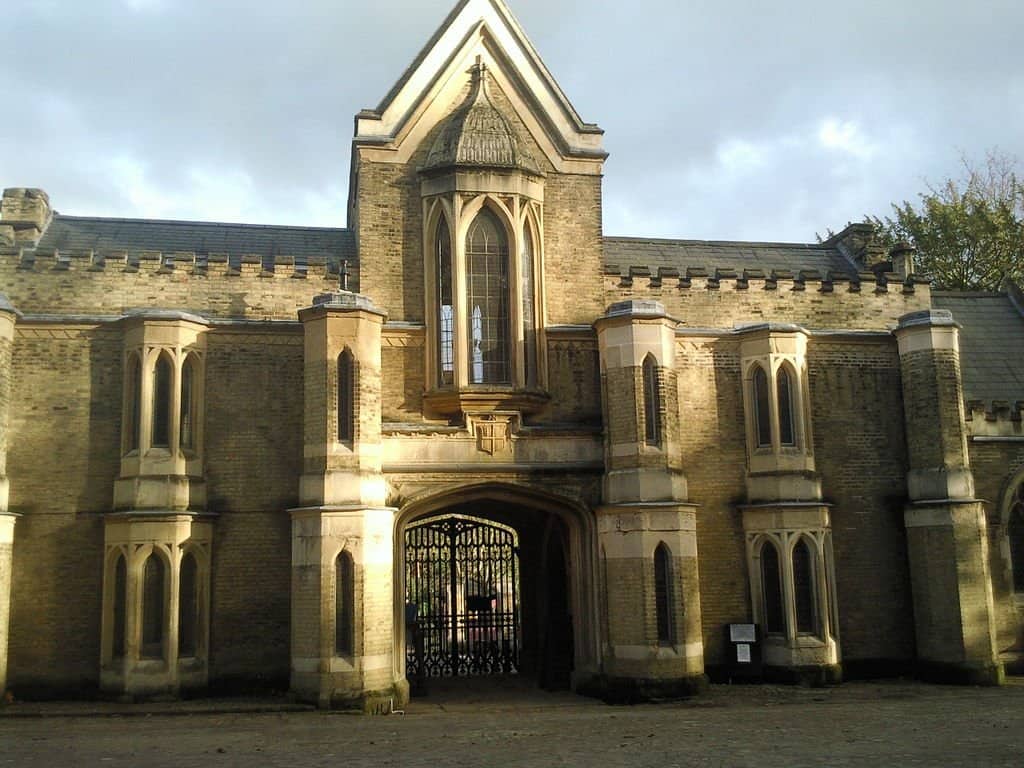 The Highgate Cemetery is not only known as the burial site of prominent figures such as Karl Marx and Charles Dickens, but also as one of the most haunted places in England. There were reports of ghost sightings that include an old woman, a 7-foot tall phantom, and a floating nun, among other devilish entities. 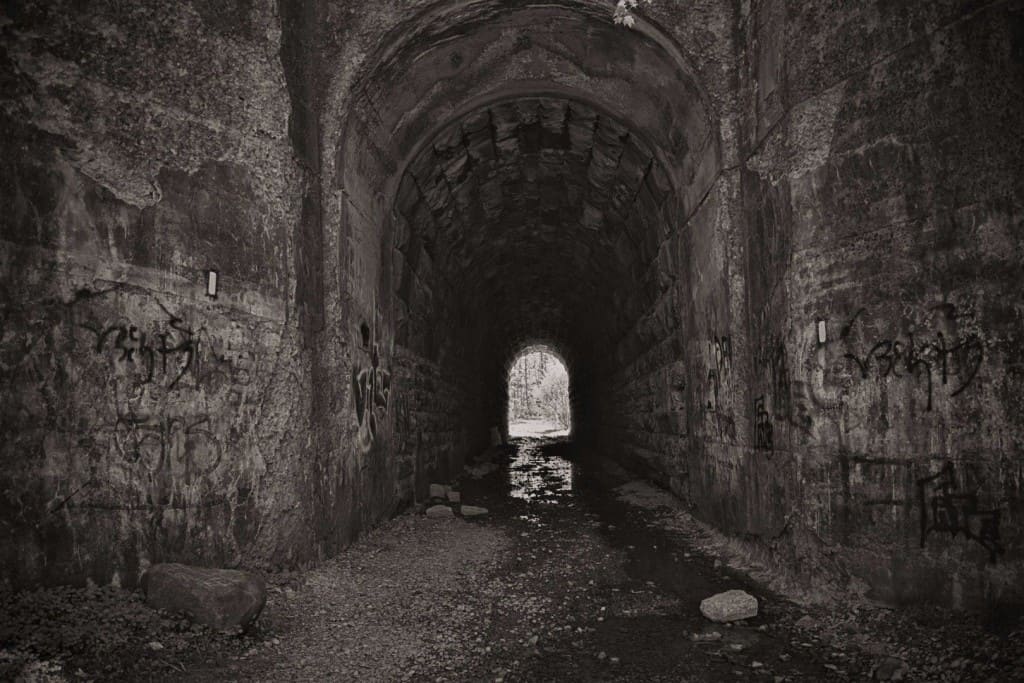 Legend says that a screaming child can be heard in this tunnel if you pass through it at night and light a match. The story goes that a little girl ran from her angry father and hid in the tunnel. When the father caught the little girl, he lit a match and burned his daughter alive. 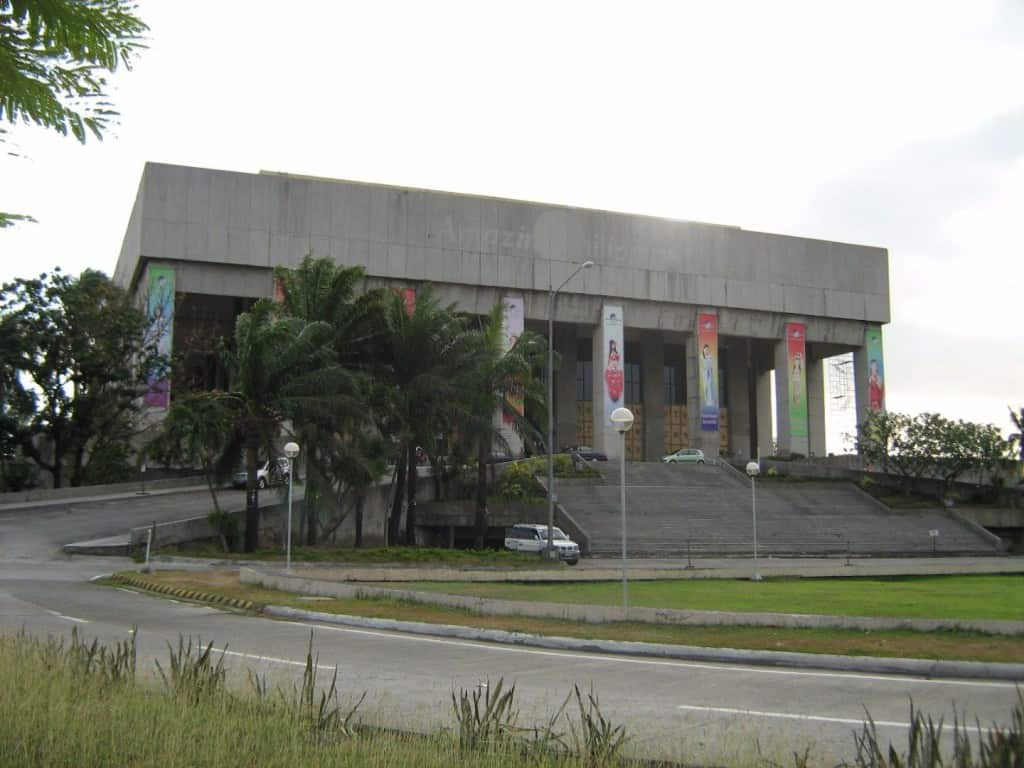 What used to be a posh auditorium during the Marcos era became an abandoned figment of the regime. During its construction, an accident took place killing 168 construction workers. Because the opening date was coming to a close, some of the bodies were buried in the cement, even those who were were suspected alive.