Pun intended! Speaking of JAWS, it’s a shame the movie has given sharks such a bad reputation. Sure, there have been numerous shark attacks in recorded history, but none of them involved a giant great white shark hunting down a fishing boat with the intent of killing everyone on board. Sharks are really awesome creatures, and they aren’t hell-bent on destroying mankind. I bet you didn’t know that sharks might be the key to curing cancer. There is more to sharks than meets the eye, and the purpose of this list is to show you that. So, for the sake of this article, try to forget all of the preconceived notions you may have about sharks. Hopefully, when you’ve finished reading this list you’ll have a greater appreciation of these amazing animals.

What Came First, The Shark Or The Egg? 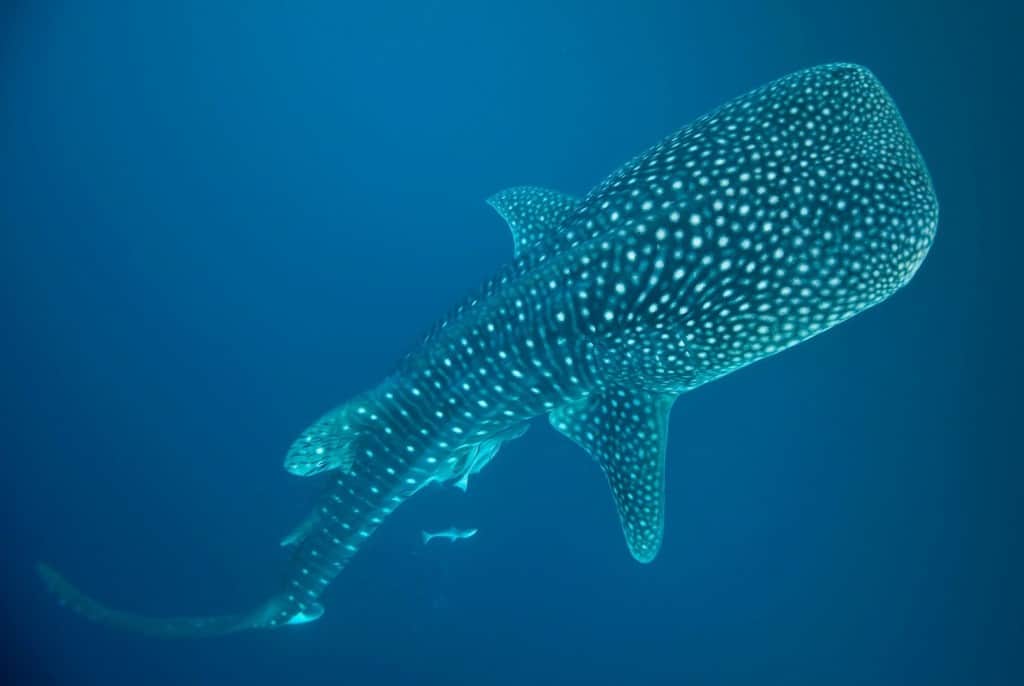 We’ll save that question for another day. Instead, let’s focus on the fact that a whale shark can lay eggs that get up to 14 inches in diameter! That’s the size of most large pizza orders. Because of this, it has been established that whale sharks lay the largest eggs out of any creature on earth.

Garbage Can Of The Sea 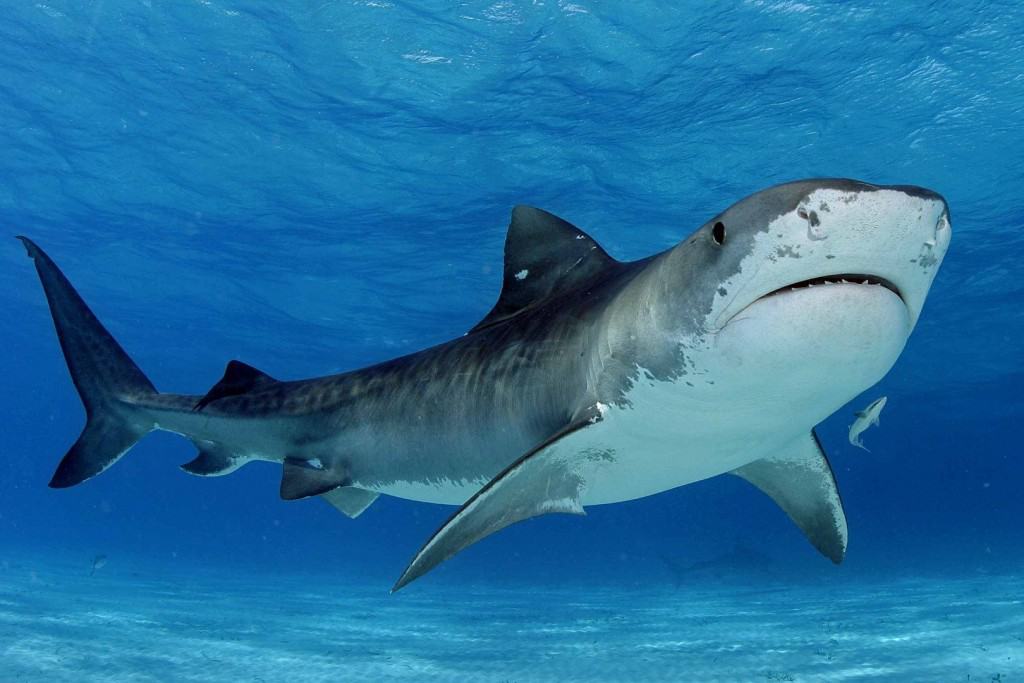 The tiger shark is known to be the second most dangerous shark in the world, primarily because it will eat just about anything! Nicknamed the “garbage can of the sea”, this underwater carnivore will eat almost anything that it comes across.

The Stuff Of Legends 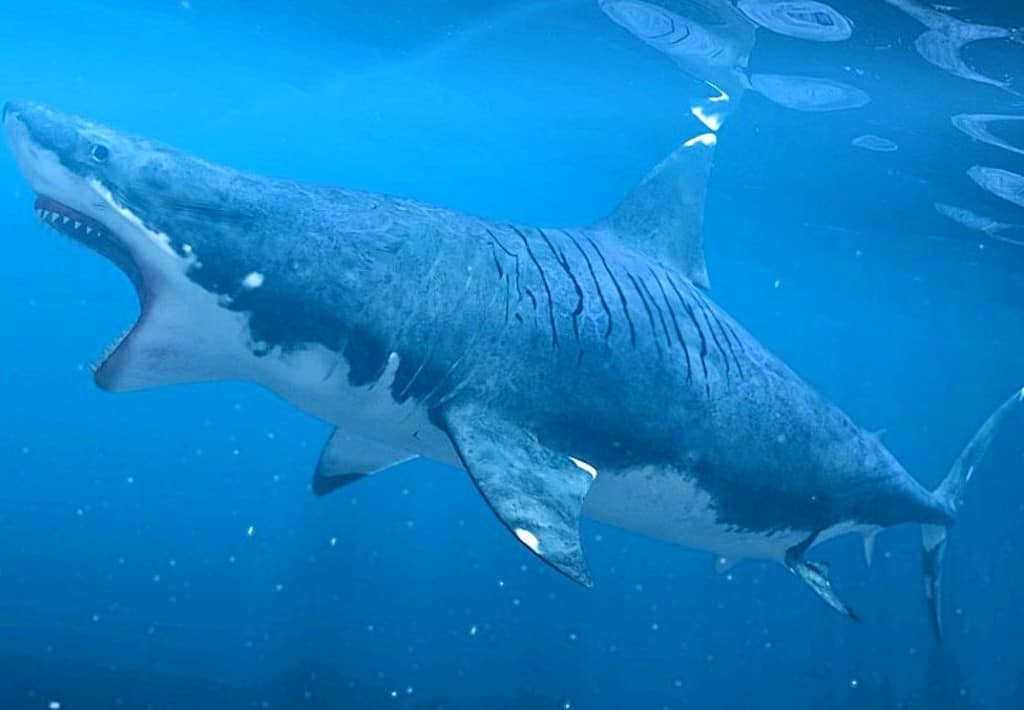 Thanks to low-budget Sci-Fi films, the Megalodon has become a household name. This extinct beast is believed to have been larger than a T-Rex with a mouth big enough to swallow a car. Scientists believe that it resembled the modern day great white but stockier. Concrete evidence has yet to confirm it, but many people claim that the great beast still exists.

That’s Why They Call It A Sacrifice 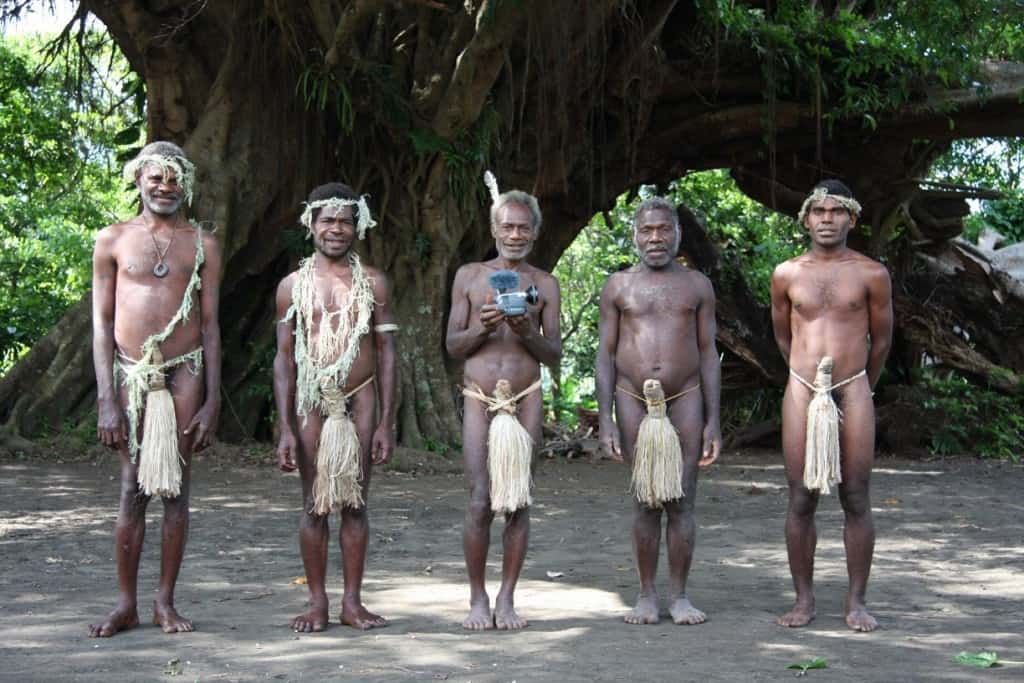 Sharks are truly awesome creatures, and to some, they were considered godlike. In fact, some ancient Pacific Island tribes thought they were gods and would offer up members of their tribes as sacrifice to the great beasts. This tradition continued up until the nineteenth century. 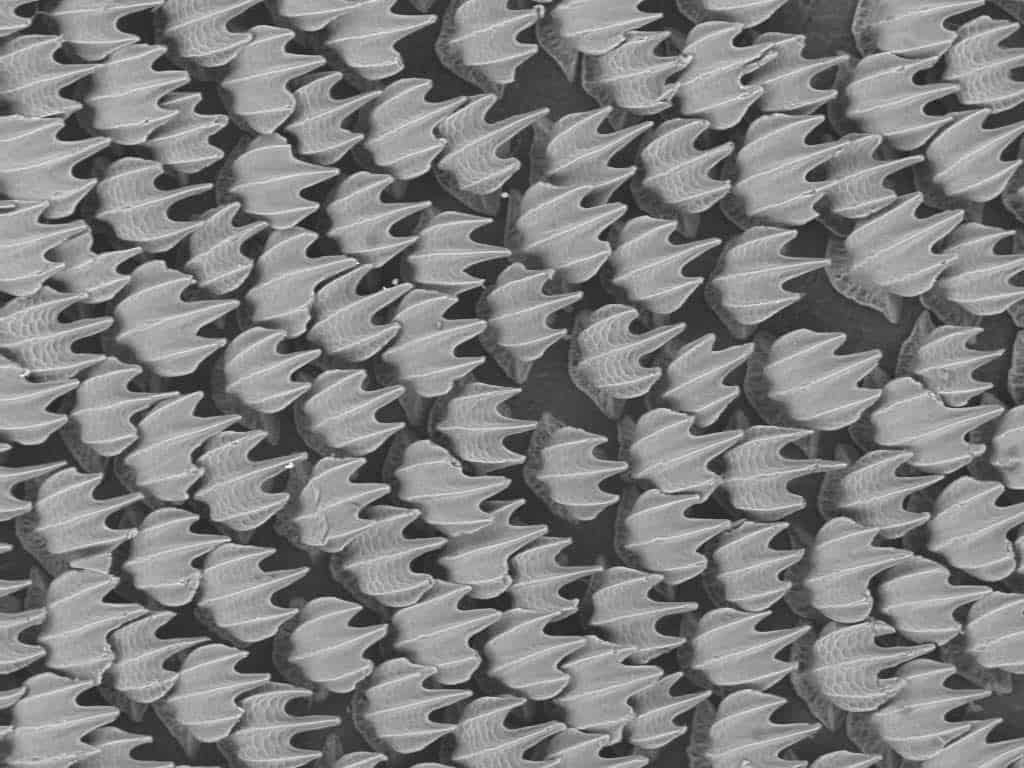 Unfortunately, due to the durability and toughness of their skin, some sharks are hunted down and killed. A shark’s skin can be used to make leather that is said to last four times as long as regular leather. Using a dead shark’s skin is one thing, but it doesn’t make it right to hunt down a shark for their skin. Unfortunately, we live in a world where this kind of thing is okay for some people. 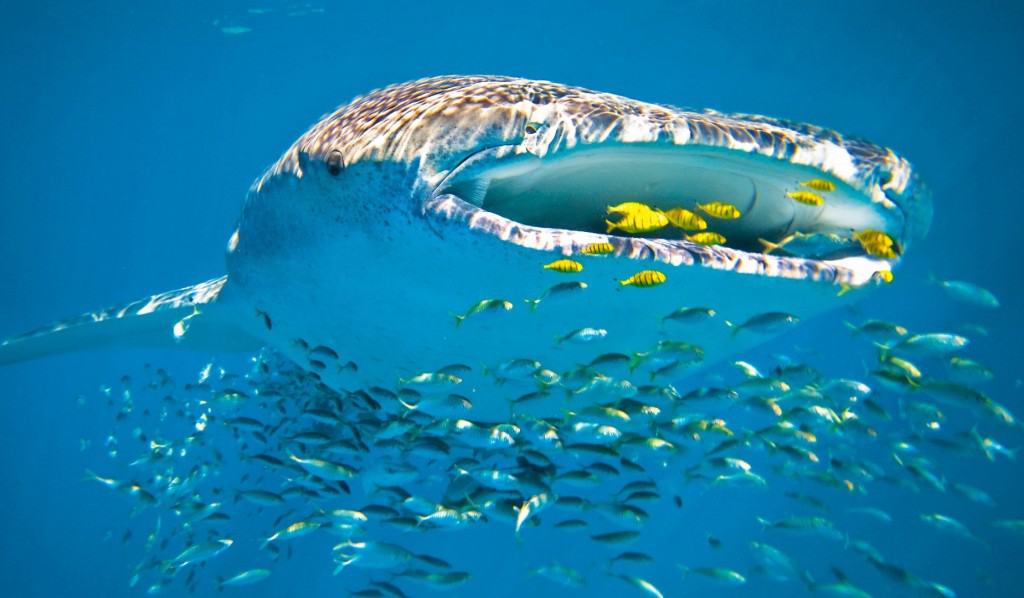 Another amazing fact about sharks is how varied they are in size. You have the whale shark on one end of the spectrum which can get up to 50 feet long, and then you have the dwarf lantern shark which taps out at only seven inches long. And they say size doesn’t matter! 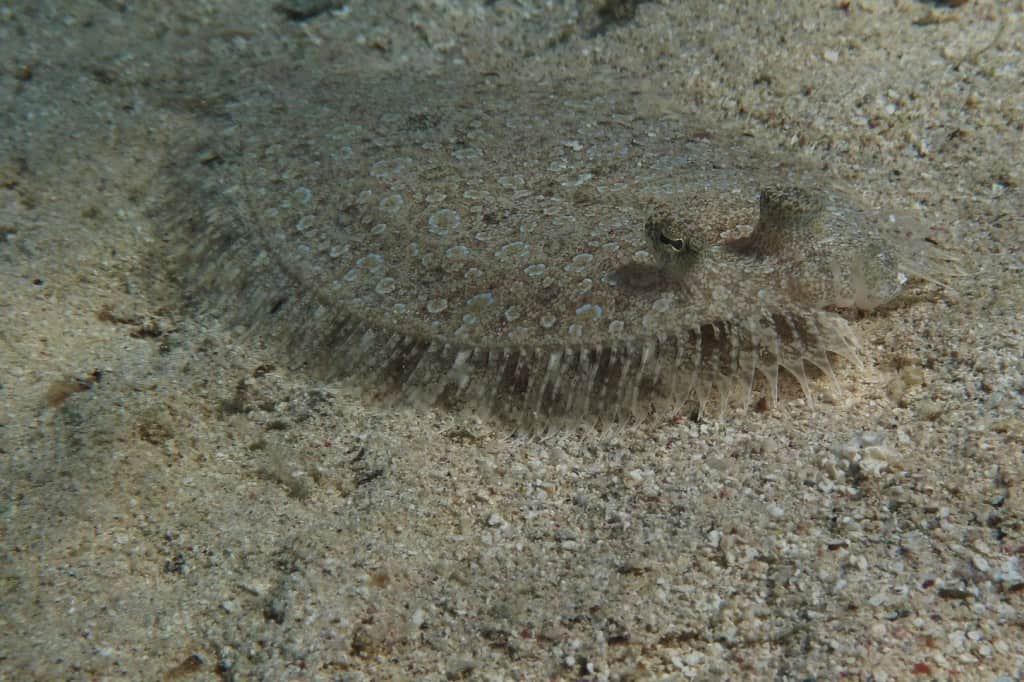 Imagine yourself stranded in the middle of the ocean, and from the corner of your eye you see a grey fin floating towards you in the water. What would you do? Did you bring your shark repellent? Probably not, but right now scientists are working on something that might work in that situation. The Moses sole fish releases a chemical that appears to ward off sharks, and scientists are hoping to utilize this chemical to make what is essentially shark repellent. 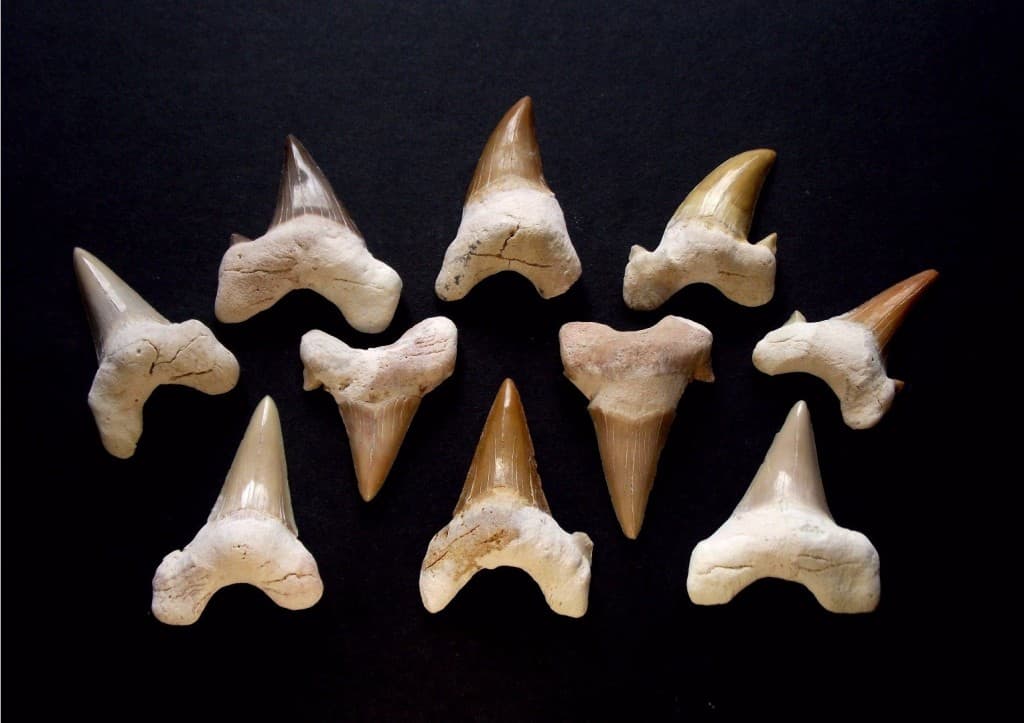 At one point in your life, you probably owned a shark tooth necklace. Sure, it looked cool and your friends probably wanted it, but all you did was wear it around your neck. Native Americans from Florida found a better use for them and used them as arrow heads for their bows. They primarily used the teeth of great whites due to the serrated edges.

Did You Hear That? 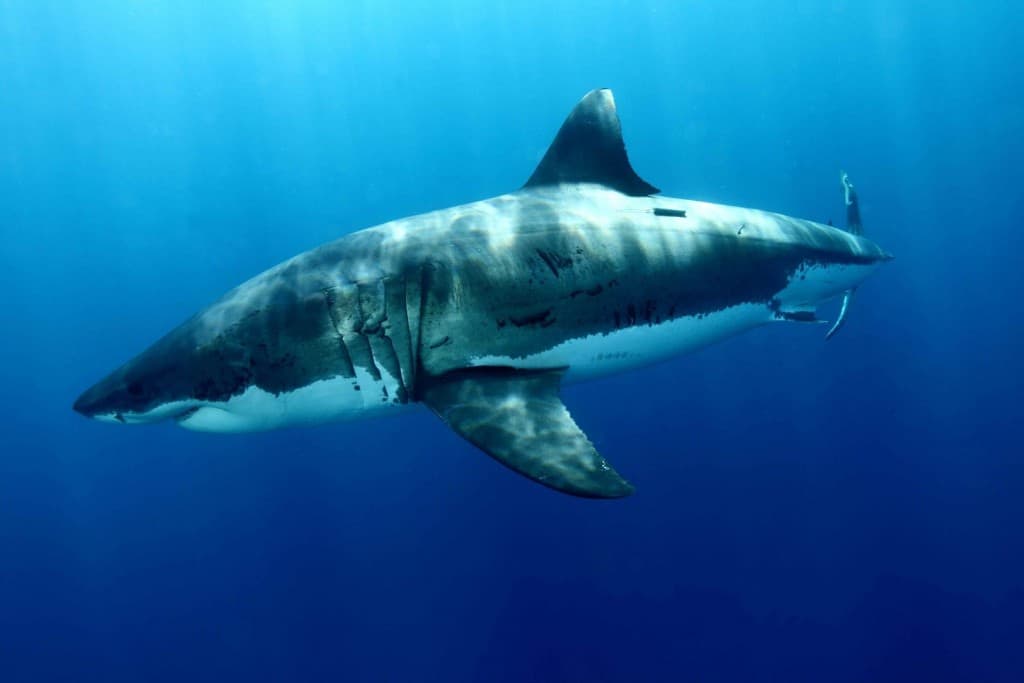 Sharks are always depicted in films as primarily tracking their prey by traces of blood in the water. While this stereotype may be true, most people don’t know that sharks actually have an acute sense of hearing and can hear prey from up to 3,000 feet away. This is another trait that makes sharks one the ocean’s most well-rounded predators.

Can You Hear Me In There? 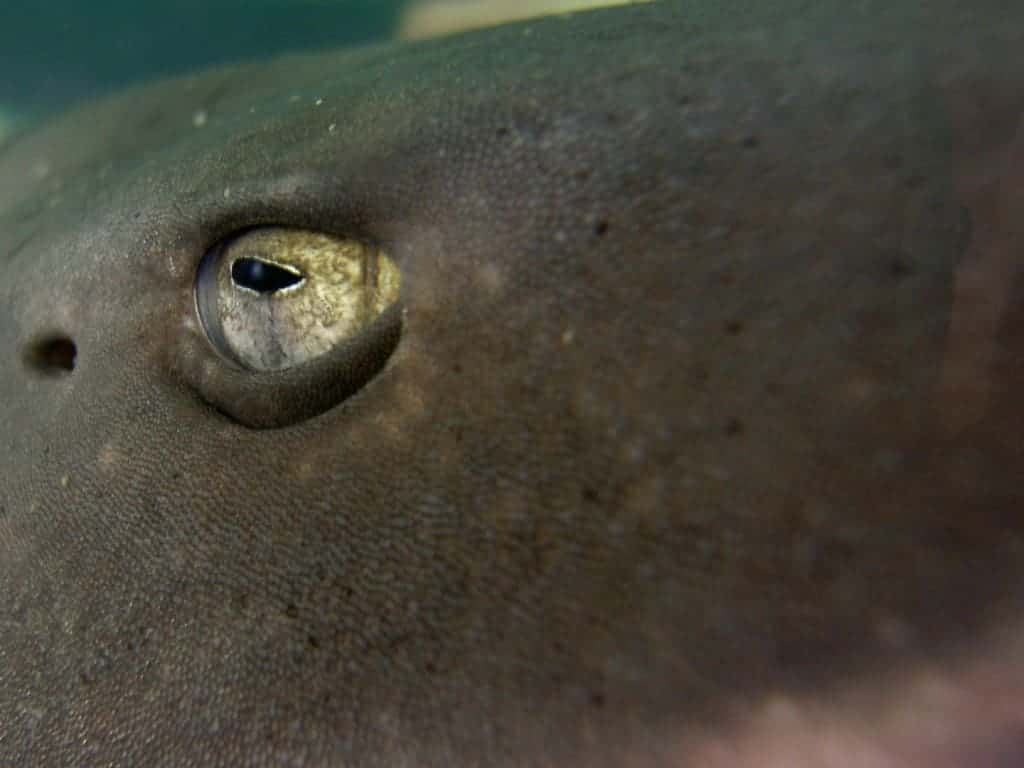 Now that you know how powerful a shark’s sense of hearing can be, try to guess where their ears are? Believe it or not, but a shark’s ears are not on the outside of their body, they’re inside their head! Inside the small holes located behind their eyes, a lot of interesting sensory work is taking place. Sharks can actually hear some sounds that humans can’t. 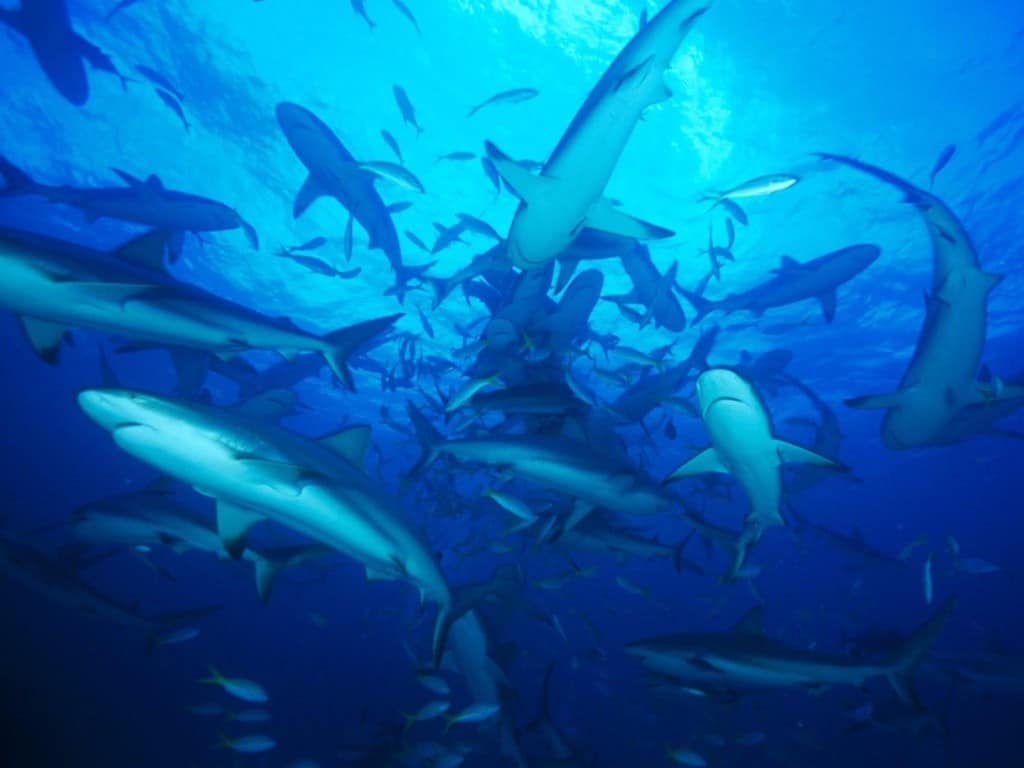 Hollywood and news outlets have glorified sharks as man-eating killing machines. Though sharks haven been known to attack humans, this depiction is far from the truth. In fact, for every human that is killed by a shark. two million sharks die from humans. This is an important statistics that more people should learn and raises the question, who is the real predator?

One Shark To Cure Them All 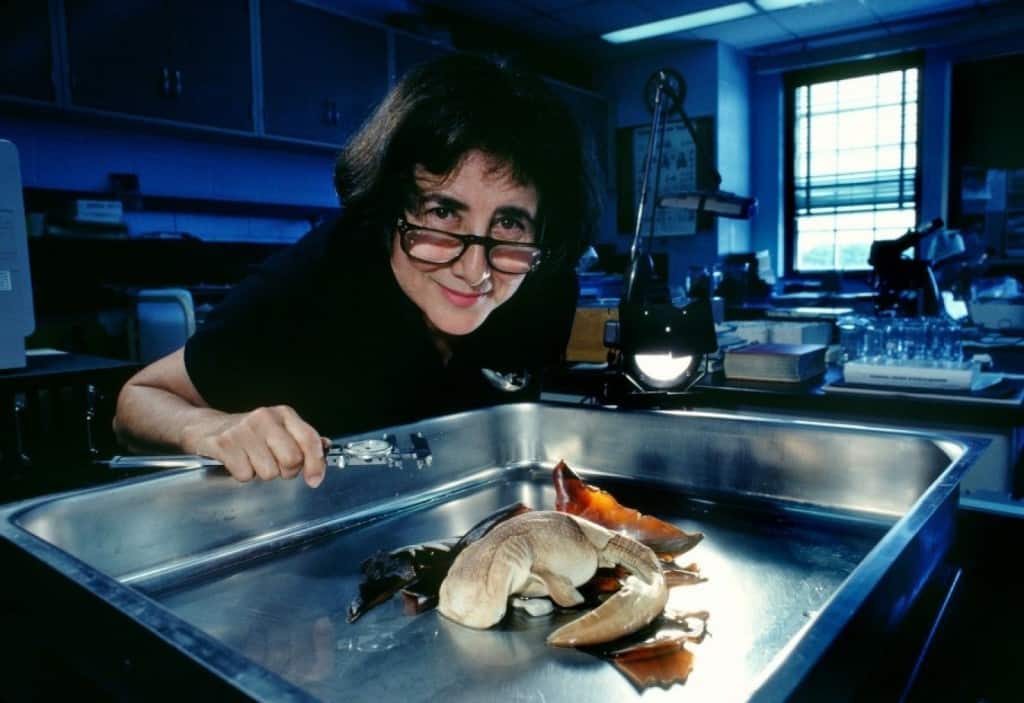 Cancer sucks, nobody can argue that fact. It takes too many lives each year. However, there might be a white light at the end of the tunnel, and that light is a great white. Right now, scientists are looking to sharks for help, due to the fact that sharks rarely develop any form of cancer. They believe the secret lies in the shark’s cartilage. Fingers crossed that a major discovery is made!

Frank Mundus: The Man, The Myth, The Legend 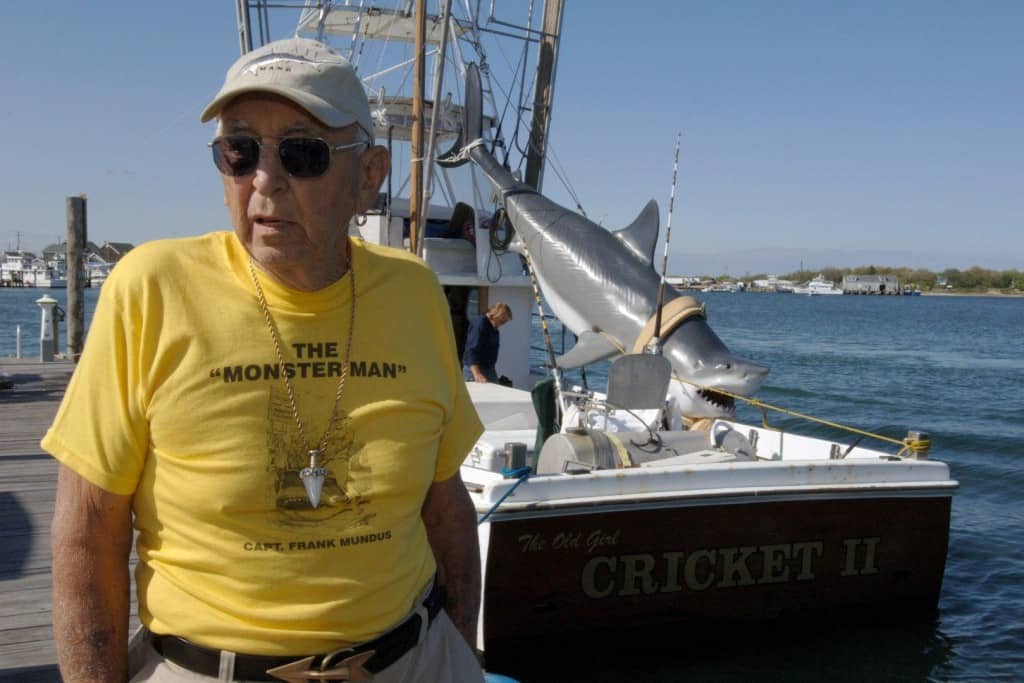 Currently, the largest shark ever caught with rod and reel was a 3,427-pound great white shark near Block Island. The man responsible for catching this giant fish was none other than Frank Mundus. It is believed that Mundus was the inspiration for the character Quint in the film JAWS. The author of the novel denied any connection, but Mundus and other locals claim that it is true.

Is It Safe To Go Back In The Water? 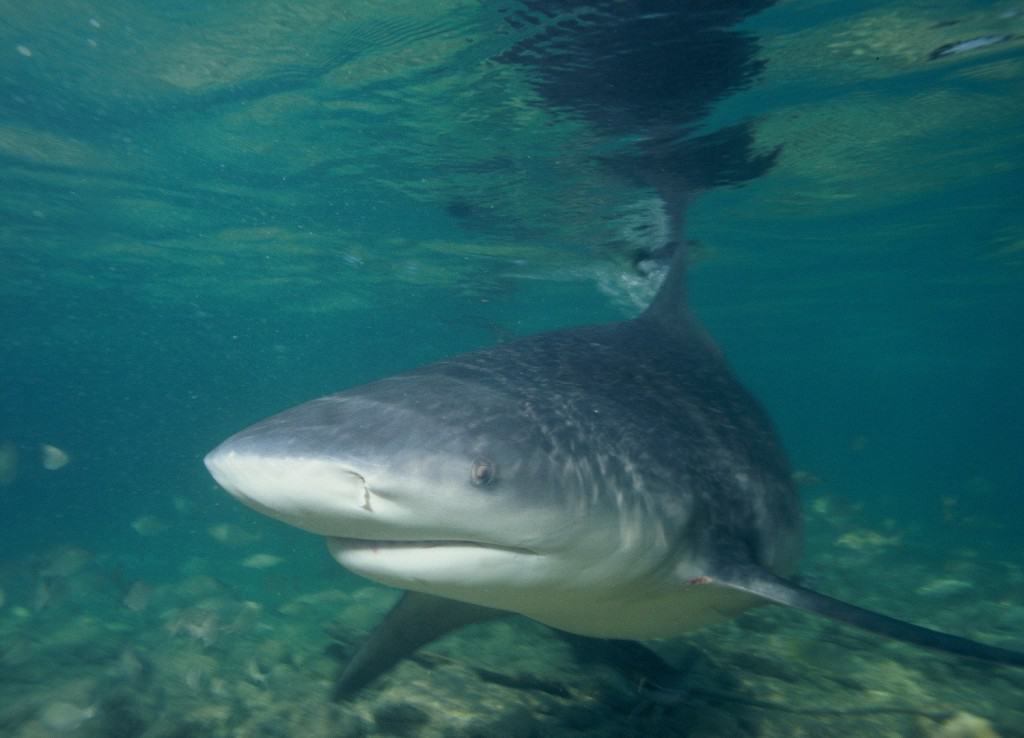 You’ve probably heard stories about sharks that can survive in fresh water, and, unfortunately, those stories are true. Bull sharks are able to adapt to fresh water through blood stream regulation. Don’t worry, even though it is possible for them to live their entire life in freshwater, young bull sharks tend to abandon fresh water and migrate into salt water to reproduce. 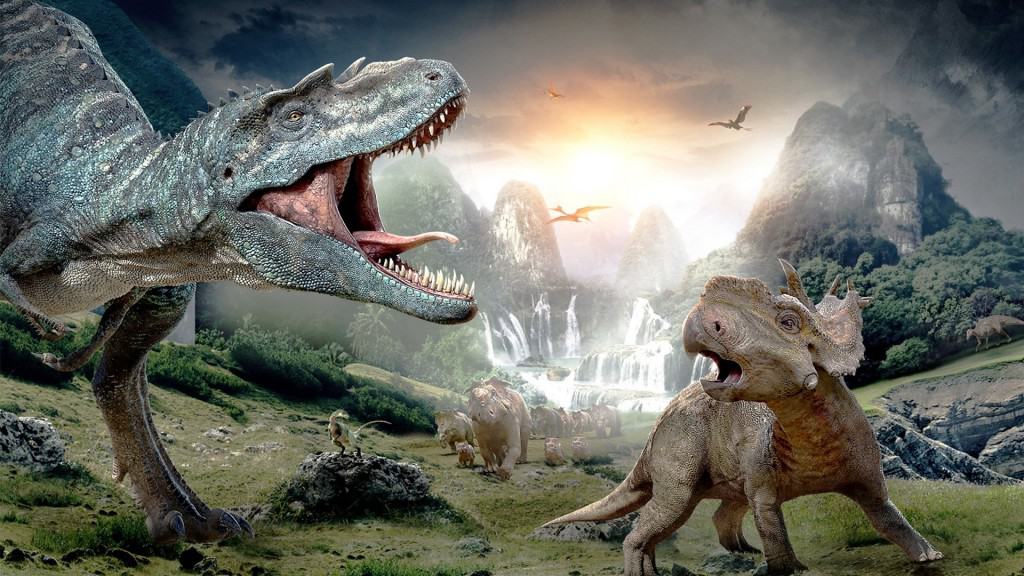 Long before dinosaurs walked the earth, sharks were roaming the great seas of the world. In fact, sharks were around almost 200 million years before the first dinosaur. Over the millions of years that they’ve been in existent, sharks have not evolved that much, and the sharks today closely resemble the sharks that exisisted before the dinosaurs.

Even though sharks don’t attack humans as much as people think, it still happens on occasion. Australian scientists have determined that 84% of reported shark attacks involve men. Considering the fact that the ratio of men and women swimming in the ocean is about equal, this statistic is bizarre. It’s believed that men spend more time in the water, which may contribute to this phenomona.

I’ll Have What He’s Having 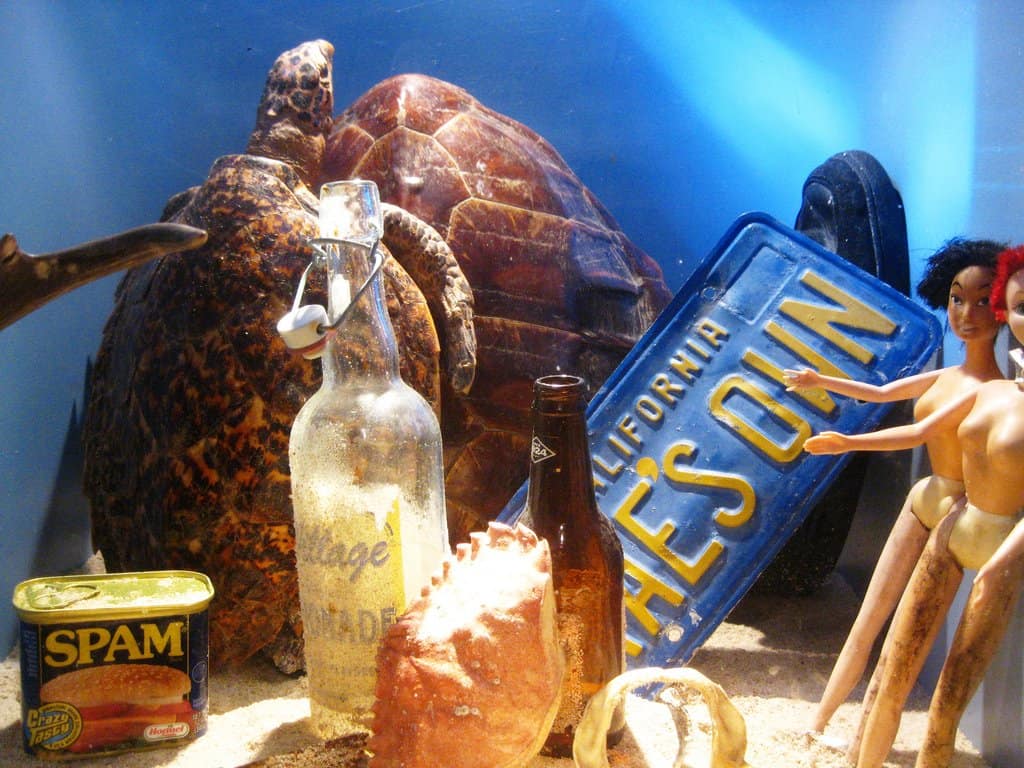 Sharks love to eat. In some cases, it doesn’t matter what it is. If they can swallow it, they’ll eat it. Some crazy items have been retrieved from the stomach of sharks include, but are not limited to, the things featured in this picture. Nails, drums, and even a horse were discovered in the stomach of a shark. 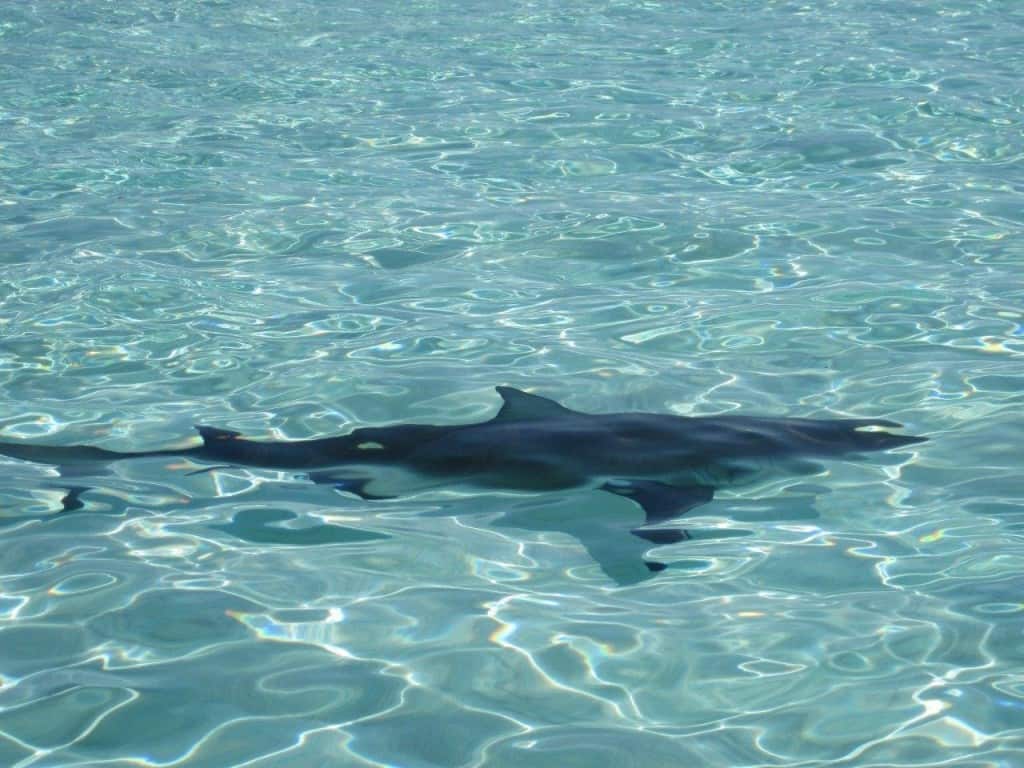 Again, shark attacks don’t happen as often as people think, but when they do, they usually happen in less than six feet of water. Next time your wading in shallow water, keep your eyes out for any curious sharks that are looking for a snack. More than likely they’re just scoping the area out, but you can never be too safe! 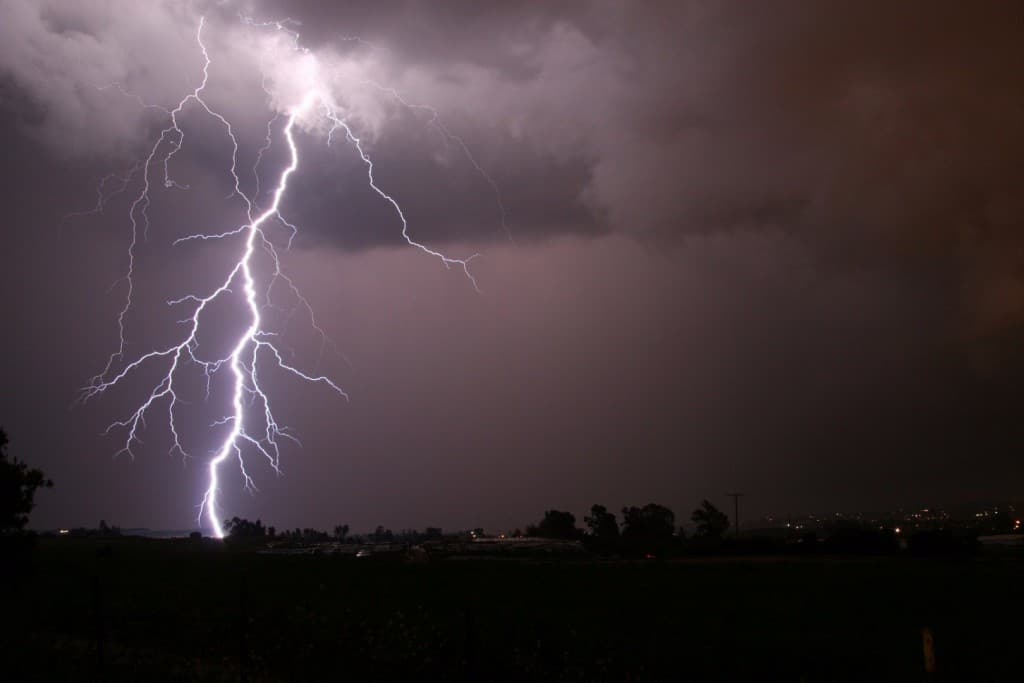 You might go your whole life without encountering a shark. Each year, on average, only 30 people die due to shark attacks. Considering the countless ways to die in our world, that number isn’t that bad. In fact, you have a much larger chance of getting struck by lighting or getting stung to death by bees. 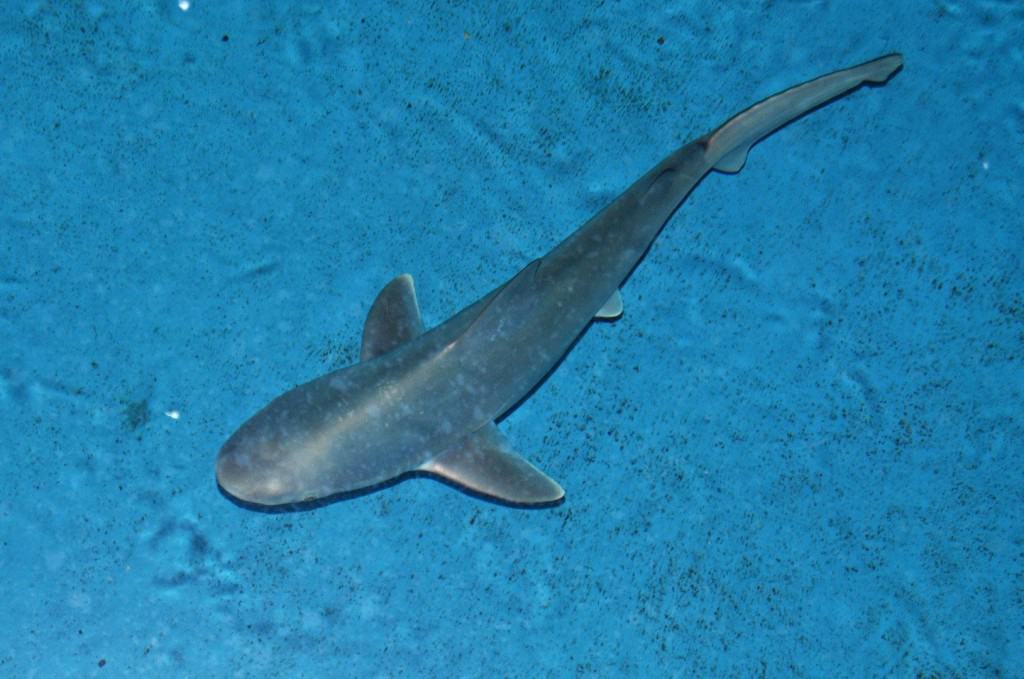 It’s tough to be a bug, but things are even tougher for baby sharks. For example, when a mother tiger shark is given birth, the first tiger shark that’s born will eat the remaining eggs that have yet to hatch. This happens on both sides of the womb, resulting in only two shark pups remaining.