Instagram is the type of place where everyone is posting their latest selfie or a shot of them just finishing up at the gym. A lot of these people actually look pretty good, and you can really tell they are working on perfecting their bodies. It almost makes regular people shy away from their computers in shame. However, it should boost you a bit as you check out what is completely achievable through a little hard work. These 20 gorgeous women show off their bodies via Instagram after working out hard. 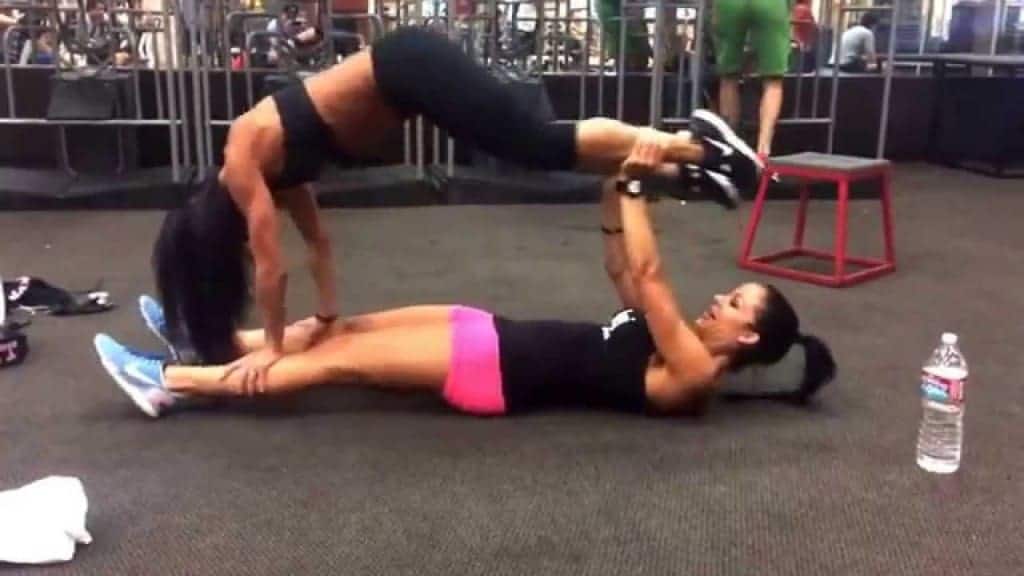 Abbie Burrows should be known by more people than just those who frequent Instagram. Burrows once partook in LFL – Lingerie Football League. After learning about a new division known as Bikini, Burrows began training her body to the toned look you see above. 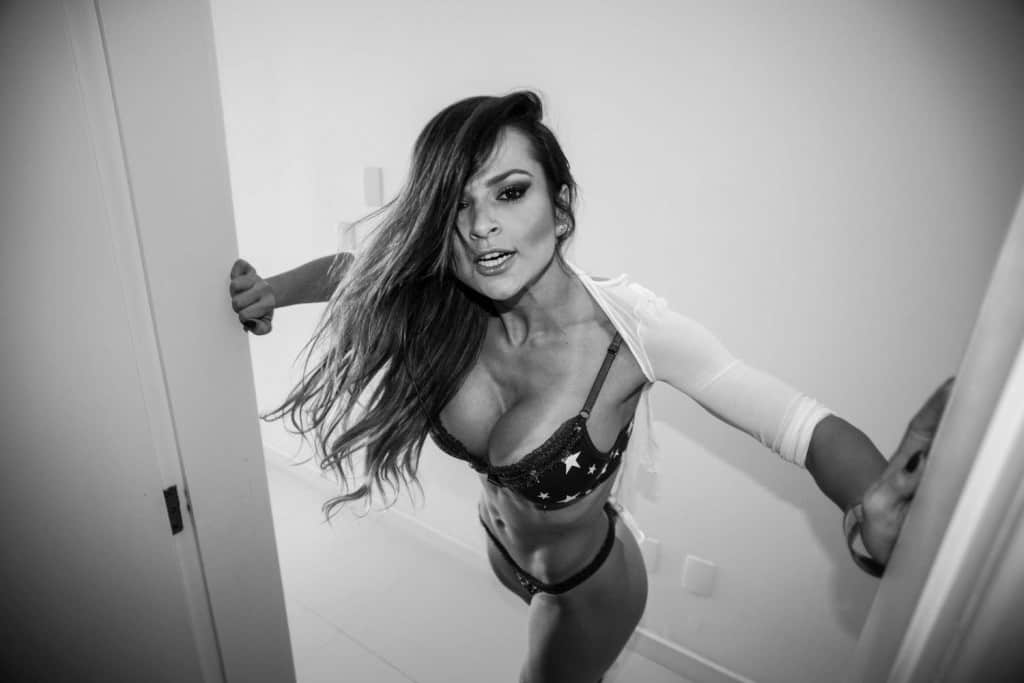 Alice Matos, from Brazil, is quite into the fitness industry already. Her Instagram account currently has 225,000 followers due to the toned, flawless body she has perfected through Ab training. She even has her own line of Ab training videos they interested people can work along to. 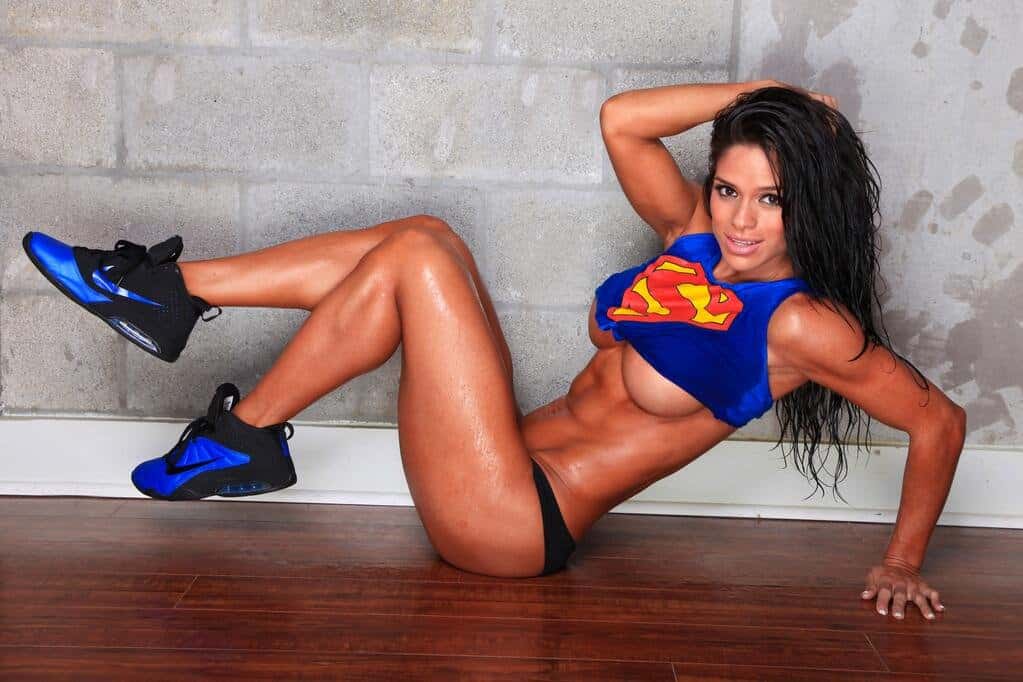 Ms. Lewin has been modeling for quite a few years now, and there is a reason for that, too. Being a model, Lewin wanted to stay in shape, so she began keeping herself at the gym for longer periods of time. Intense training focusing on her abs have begun to reveal the hard work. 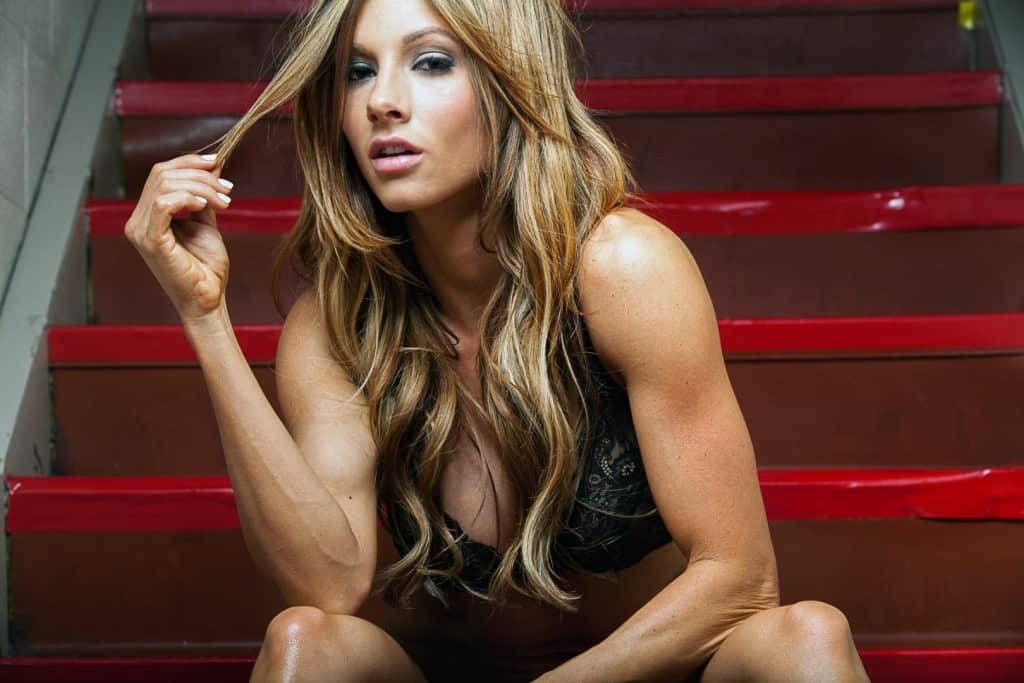 Paige Hathway now has a whopping 697,000 followers on her Instagram page. Her selfies show off the type of regular exercises she performs while working in the gym. Her workout consists of a lot of dumbbell chest presses -where she actually uses 40 pounds worth of weight. Her thought on being healthy is that it is sexy and gives you confidence. 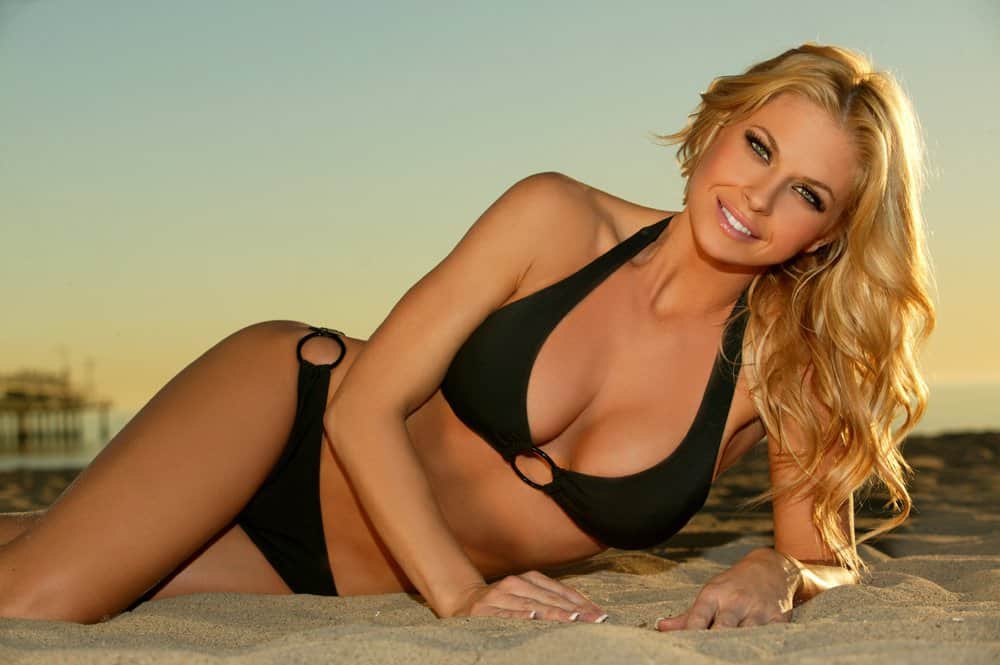 Born in Michigan, Jennifer England is now a fitness coach and actress who took a strong interest in sports early on. She was one of eight contestants in the WWE Diva Search. She lost the competition, though, but that didn’t stop her from posting images to her Instagram following a workout. 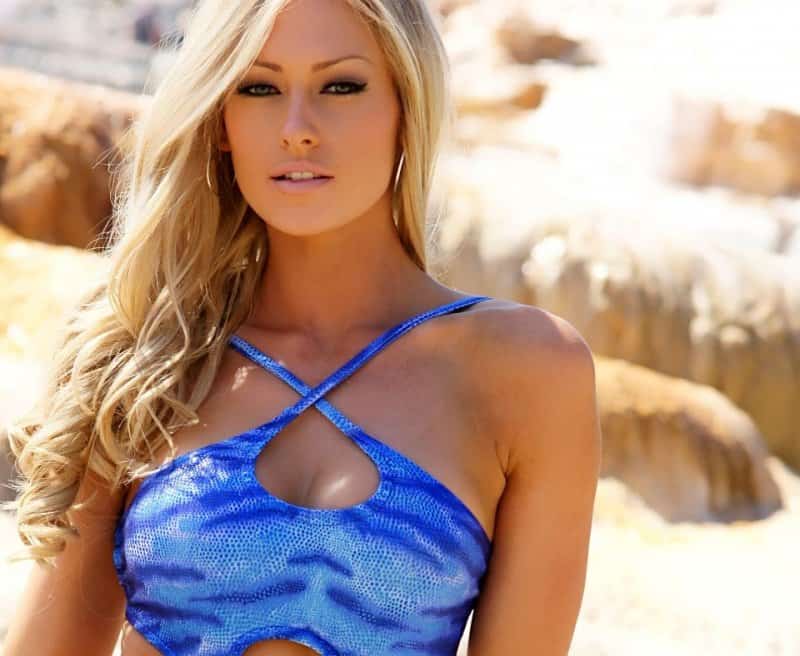 Upon lifting weights and eating healthy, Jenna Webb saw a massive change in her body. She realized she loved the lifestyle, so she continued going to the gym and exercising as often as possible. When not in the gym, Webb is usually taking photographs of the body she has worked so hard to perfect. 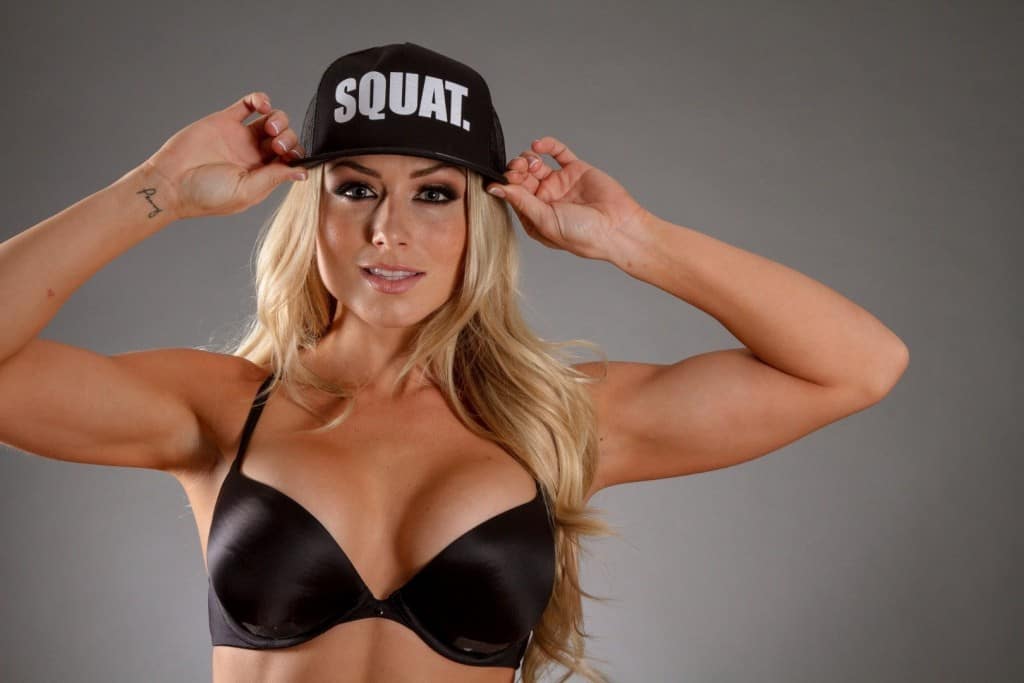 Dianna Dahlgren began modeling at the tender age of 13. Shortly after, this Instagram hottie began with her first major modeling contract, keeping her busy until she was 18 years old. Her modeling career has had her as the face for Budweiser, Monster Energy, Toyo Tires, and plenty of others. Her Instagram, however, is full of pictures she has taken herself. 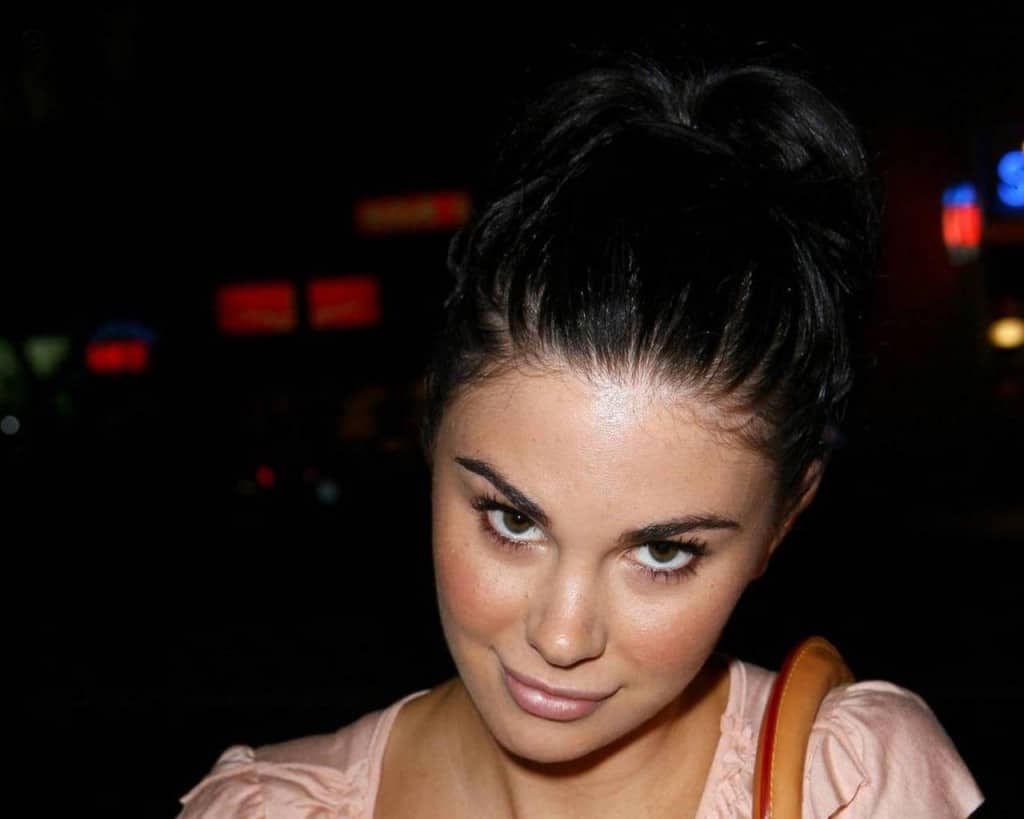 Jayde Nicole, besides taking a lot of pictures for Instagram of her fabulous body, has also become a personal trainer. At one point in time, Nicole was also Playboy’s Playmate of the Month for January 2007. Her Instagram is full of wonderful pictures of her wearing very skimp bikinis. 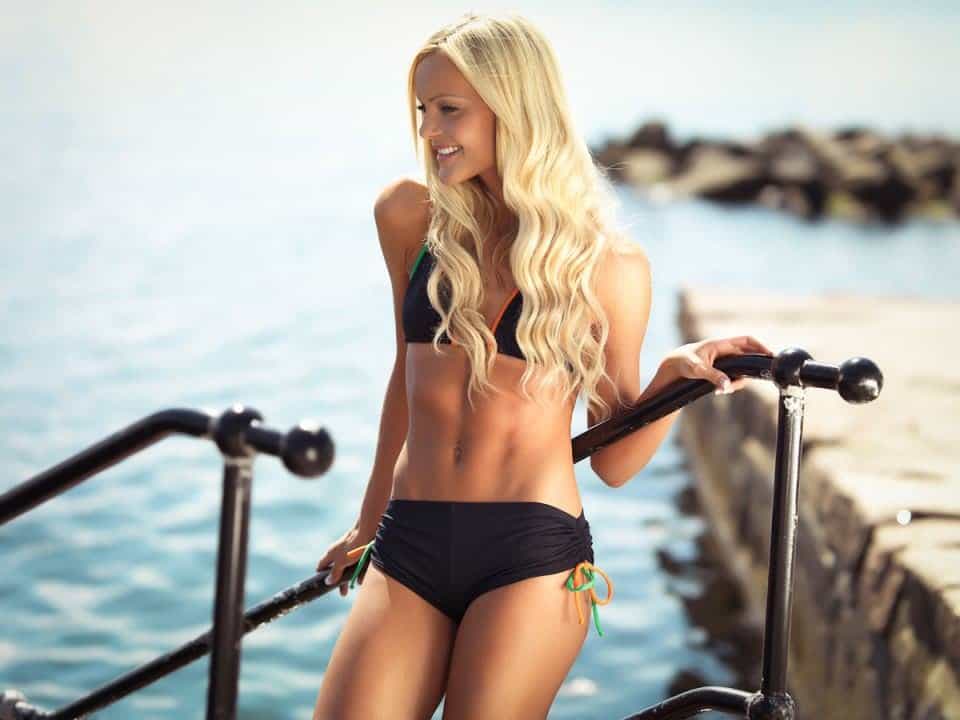 As a fitness journalist, Caroline Berg Eriksen has spent a lot of time showing off her toned, flat stomach for the good folks of Instagram. She has been criticized for having said flat stomach just four days after giving birth. There are plenty of photos of her skinny body and probably more than a few criticisms. 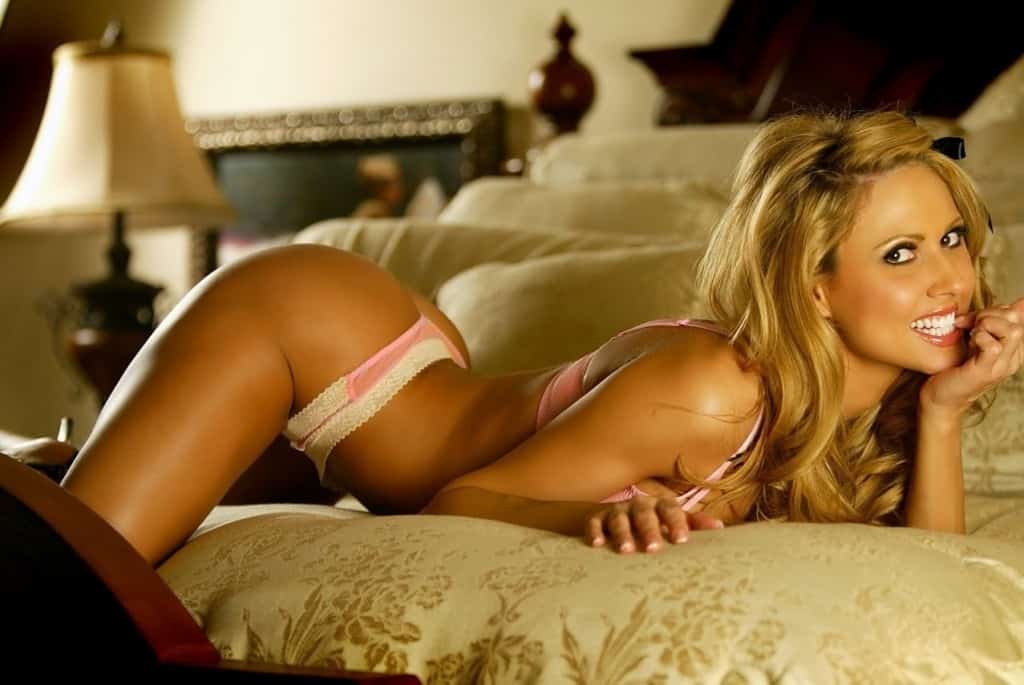 Marzia Prince has taken on many roles, including celebrity fitness expert, life coach, IFBB Bikini Pro, celebrity trainer, Gaspari Athlete, and a fitness supermodel. On top of all that, Prince is also an Instagram star for the photos she has posted of her epic body in lingerie and swimsuits. 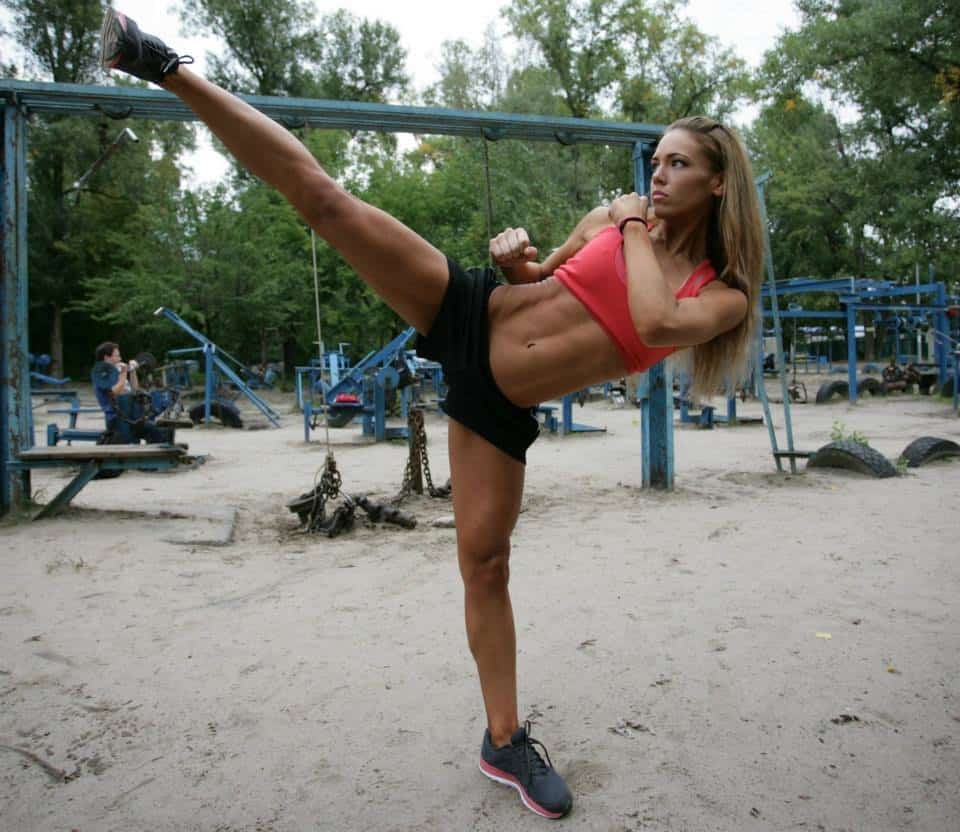 As a 25-year-old, Margret Gnarr has been training since as long as she can remember. At the age of 6, Gnarr began figure skating, then moved on to Taekwondo. She has been training in the latter for over 10 years, and has even fallen in love with lifting weights. 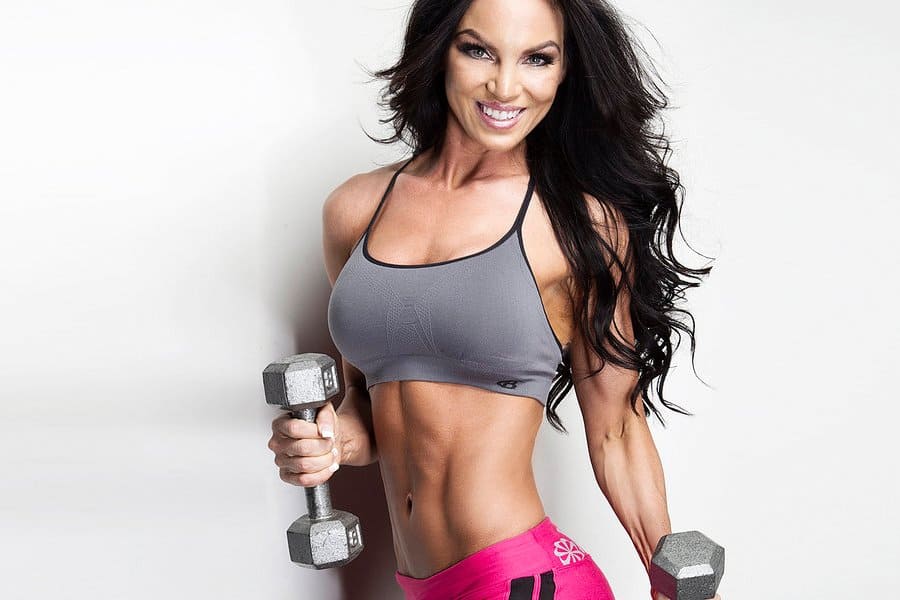 Amber Dawn Orton has spent a lot of time in the gym, which is a past-time that has run in her family. Her mother competed as a bodybuilder when she was a young girl. Her brother is also now a bodybuilder. Orton now has the body of an active female with a great body. 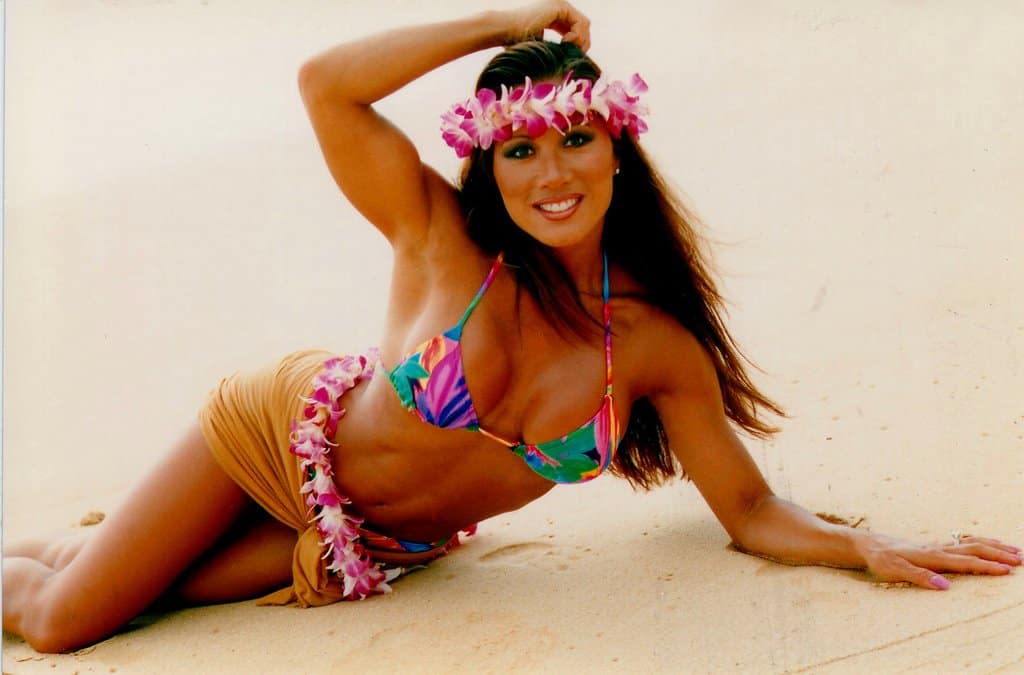 Kiana Tom is a multi-faceted woman. She is a television host, an actress, an author, a fitness expert, plus a businesswoman. You have to admire a woman with that much going for her. On Instagram, though, she has a lot of pictures of herself in her bikini. 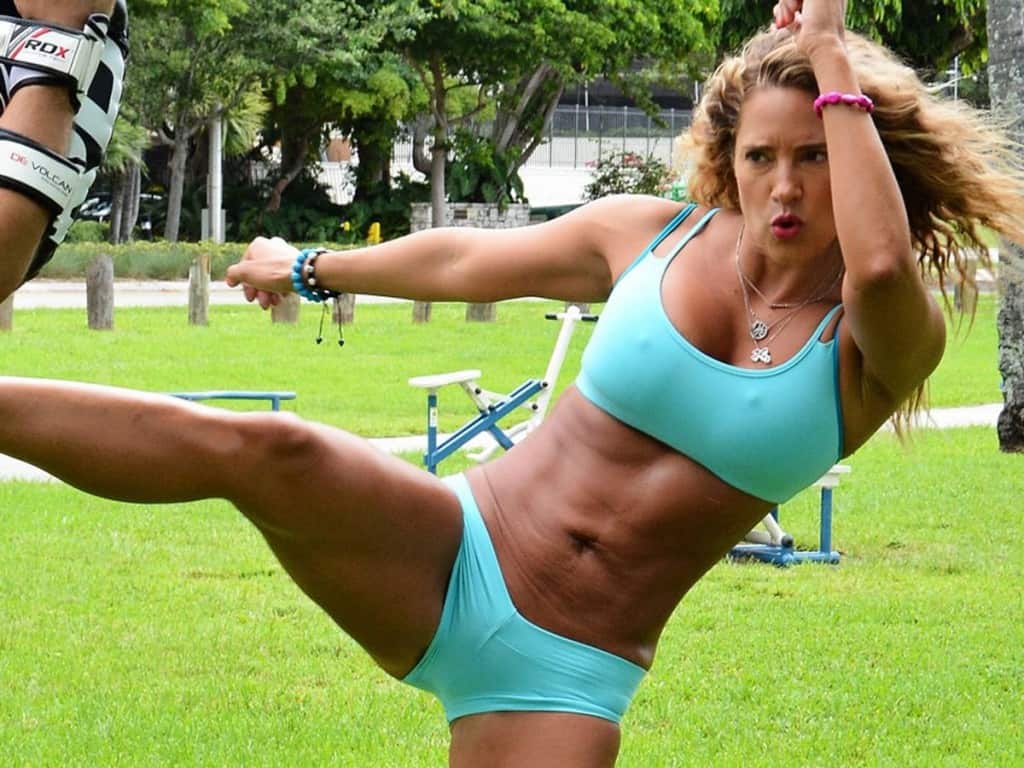 Jennifer Nicole Lee is a fitness model, actress, author, and motivational speaker. She is famous for losing around 70 pounds and taking on the role of fitness guru after having two children of her own. She was crowned Miss Bikini America, which there is plenty of proof of on her Instagram. 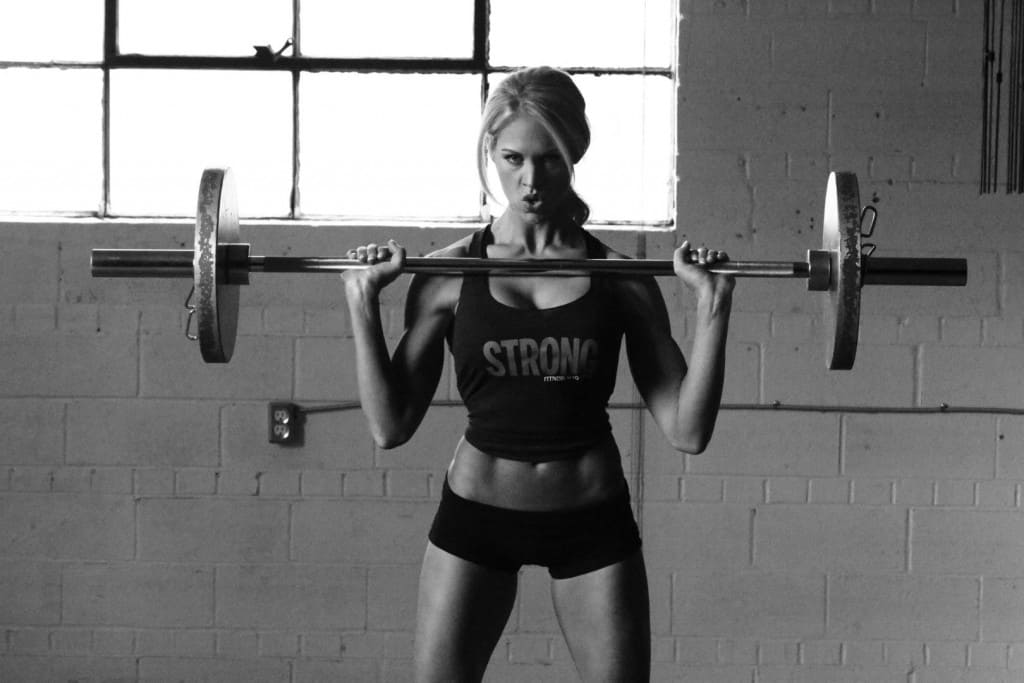 Meredith Mack is the type of woman who has been exercising for almost her entire life, but she doesn’t even remember when she started. Her days begins at four in the morning with a run on the treadmill while listening to Beastie Boys and Led Zeppelin. Her photographs on Instagram are along the lines of her perfect body in skimpy clothing. 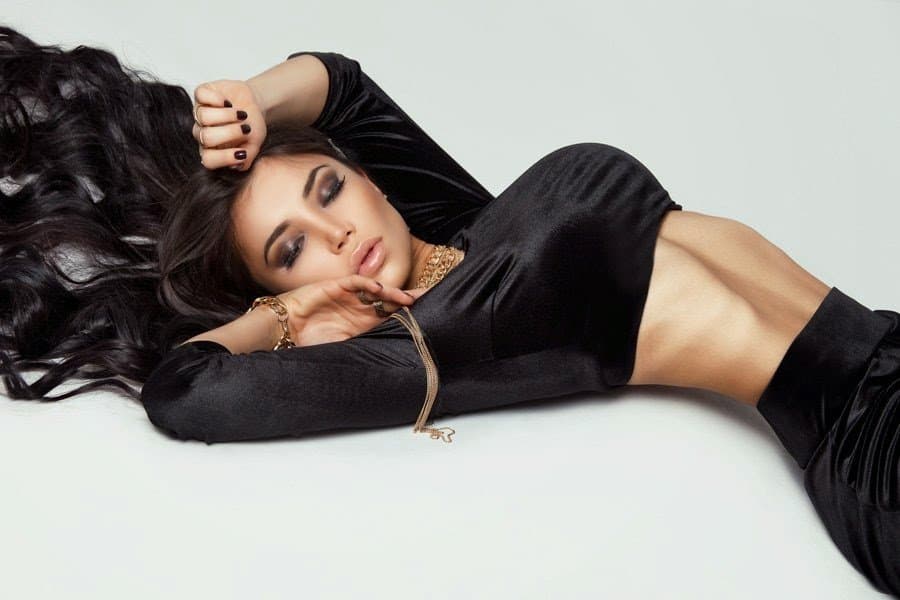 Born in Moscow, Svetlana Bilyalova is obsessed with the world of fitness. She has a habit of taking pictures before, during, and after her daily workouts. She currently has over 1.5 million followers on her Instagram thanks to the near-perfect body she has toned to the extreme. 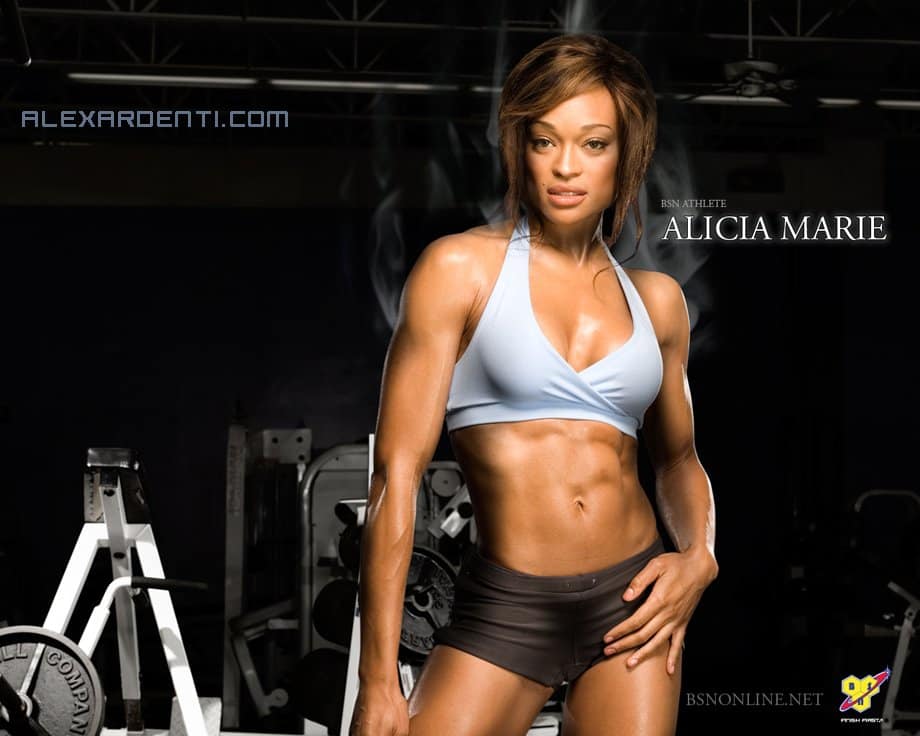 Alicia Marie spends a lot of time researching and performing in the gym for her fitness e-book series. She posts regular excerpts on social networks. Her love of boxing is also well known on her profiles and Instagram. Marie has stated she feels like a superhero. 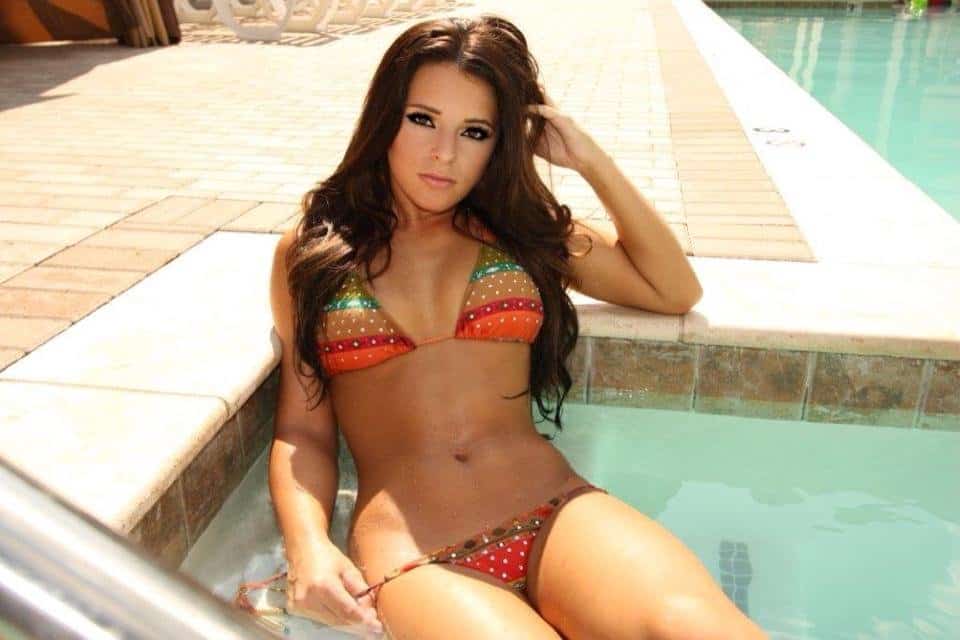 As a relative newbie to the world of Instagram, Cally Clarice Breaux currently only has a little over 100,000 followers. Her selfies and pictures of favorite foods are combined alongside fitness tips. She is young and motivated. 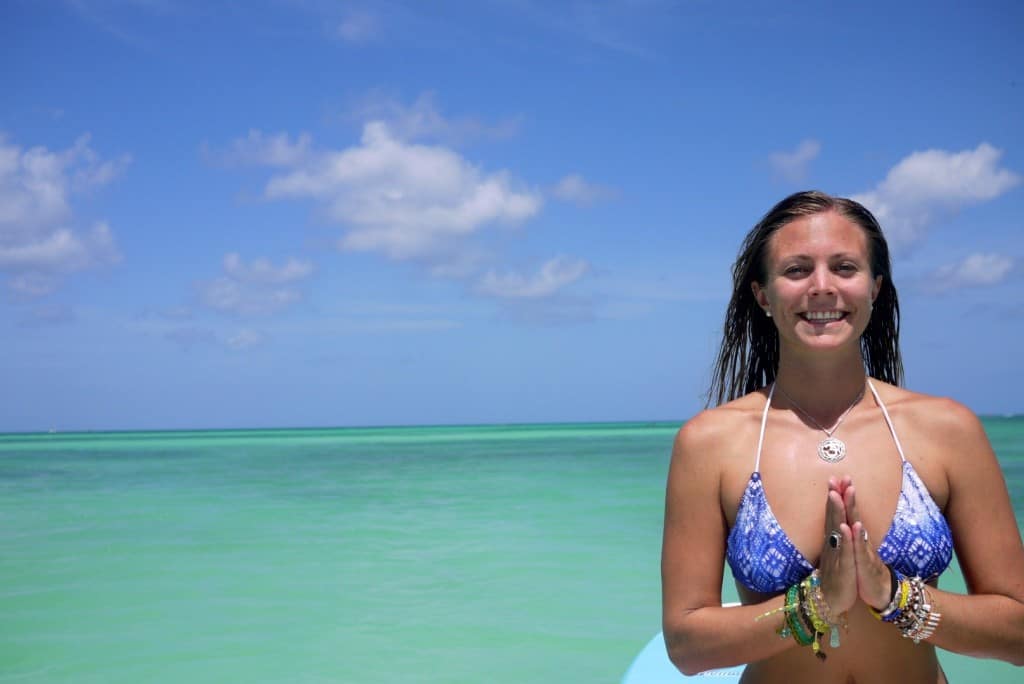 Rachel Brathen spends a lot of time performing yoga for her Instagram followers. Not only is she obsessed with fitness and perfecting her own body, but she is also a bit of a hippie. She spends a lot of time on islands and in the water, which are reflected on her profile. 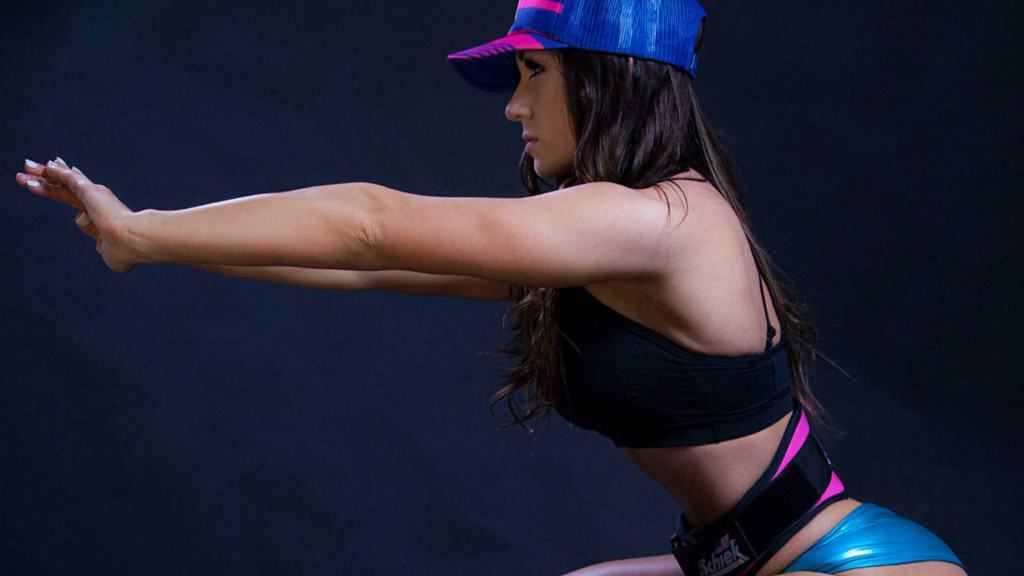 Caitlin Rice has spent plenty of time honing the perfection that is her young body. She is sexy and incredibly fit, and her Instagram photos show that in spades. She is the co-owner of FitNut Training, and offers plenty of tips to exercise on a regular basis in the most successful manner possible.