As parents, you never want to leave your kids home alone, even when they are 16 years old. However, sometimes you can get distracted with making dinner or a phone call and you take your eyes off your child for one minute. It is not bad parenting, but it can result in some hilarious disasters around the house. From the looks of it, no kids should ever be allowed to have markers! Check out these 20 photos of kids that had a little too much unsupervised time to make a huge mess! 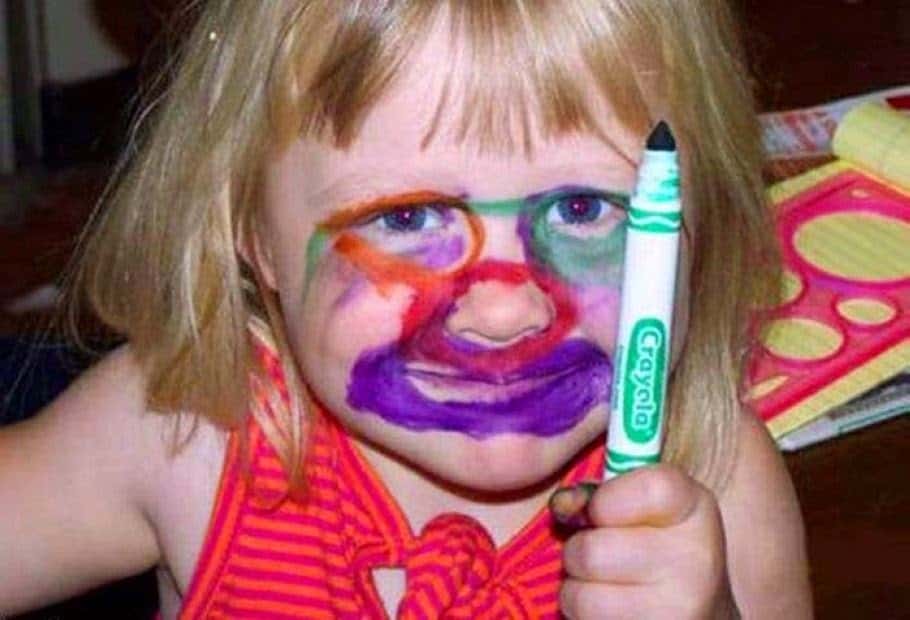 It looks like this little girl was going for the clown look and did a pretty good job with it, but that is going to take a lot of work to clean off. However, look how proud she is of her work! 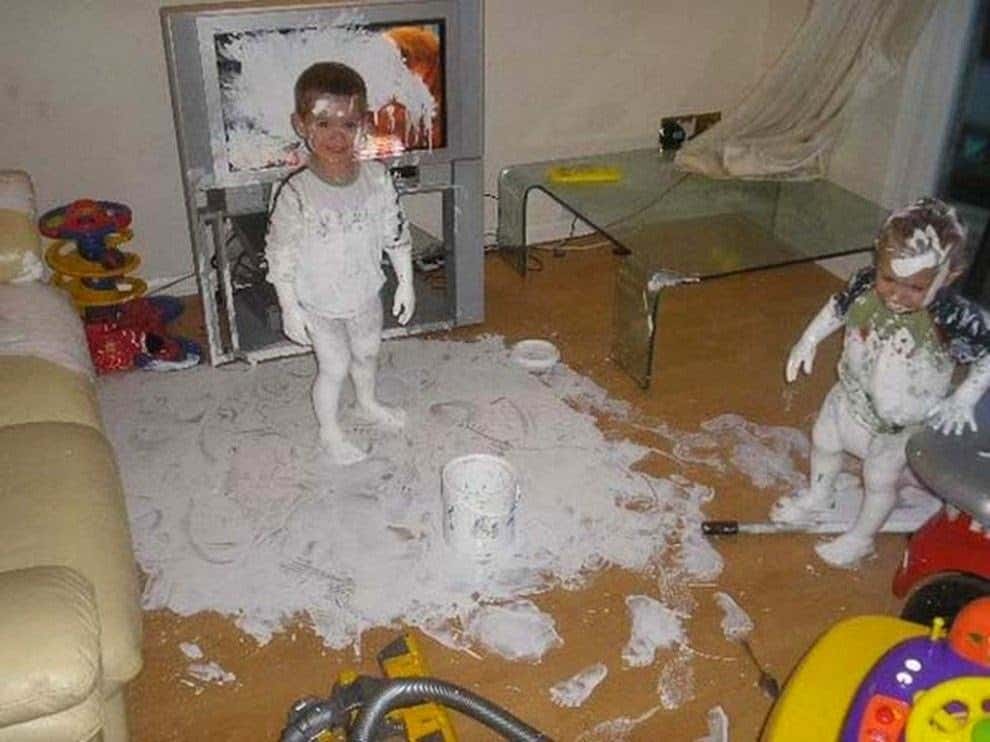 This family must have been doing some renovations in the house and these boys were just trying to help. The boys were left unattended for a while, as they did some pretty hardcore damage to that living room! 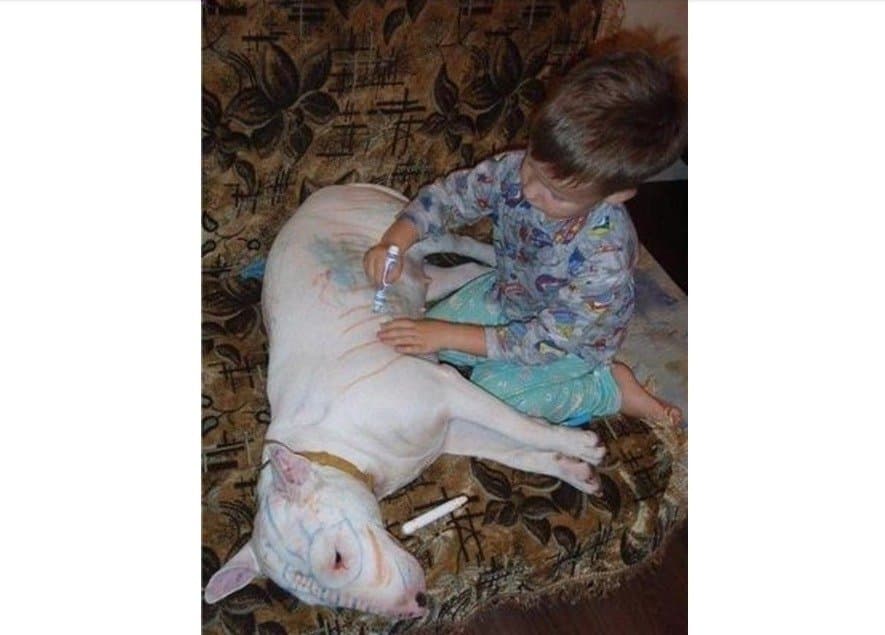 No one is safe in the house! This dog nicely sits there and lets the kid draw on him. While it is a bad thing, how great of a dog is that? 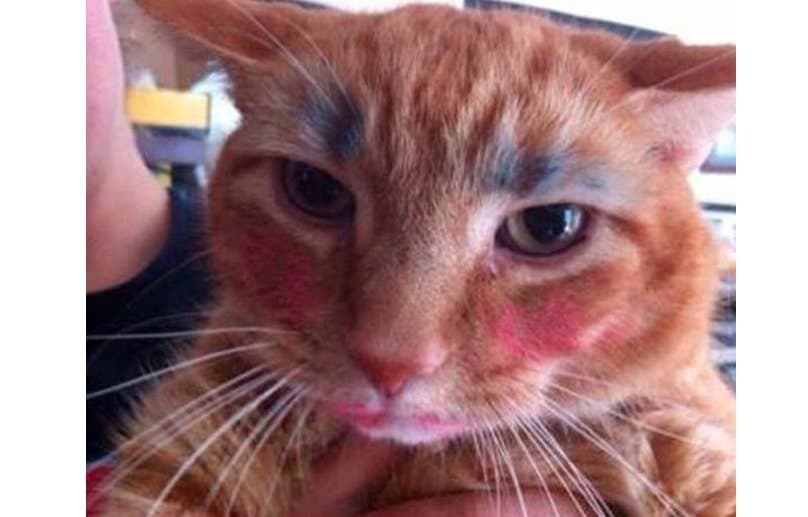 The cats aren’t even safe! The kid was trying to give this cat a makeover, but they do not seem to like it. They did sit there and let the kid do it, but are definitely not amused. 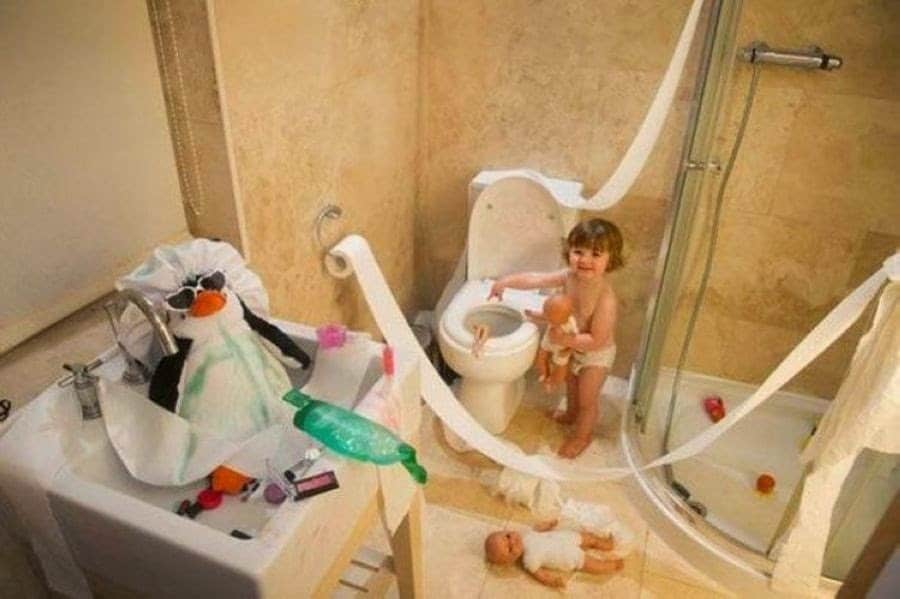 Have you ever been teepeed in your own bathroom? This kid is definitely getting an early start to pranking some people the night before Halloween.

Drawing On The Couch 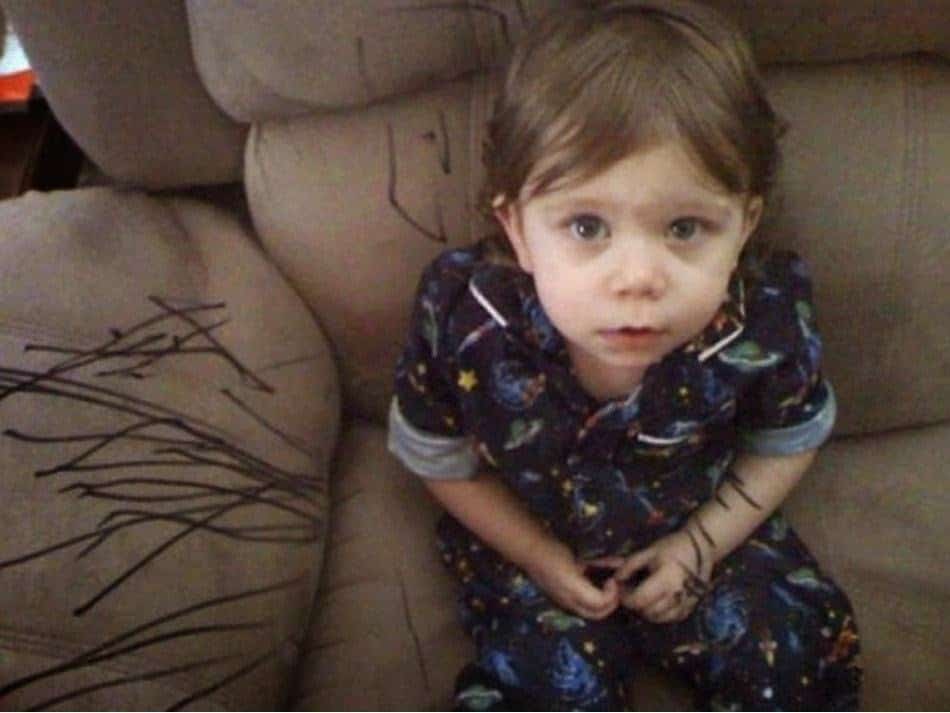 Parents often encourage their kids to draw and show their creative side with their artwork. However, I don’t think they want them to show that creative side on the couch! 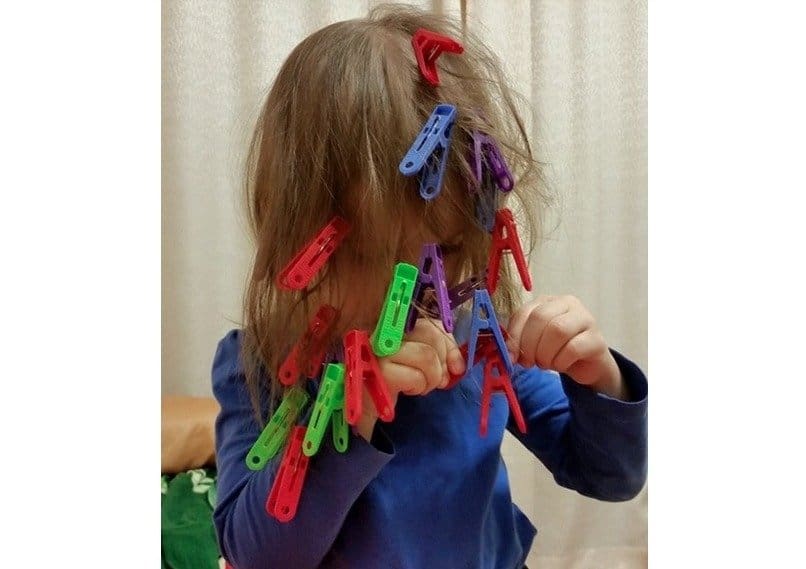 This little girl decided to change the chip clips into some hair clips. She was busy at work too, but who owns that many chip clips? 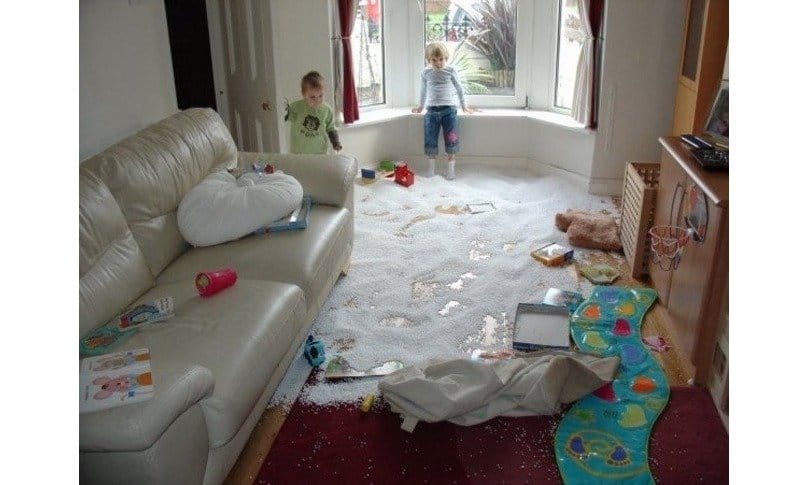 Something definitely exploded in this living room and it looks like the culprits can be seen at the other end of the room. This family is going to be finding those little balls for years! 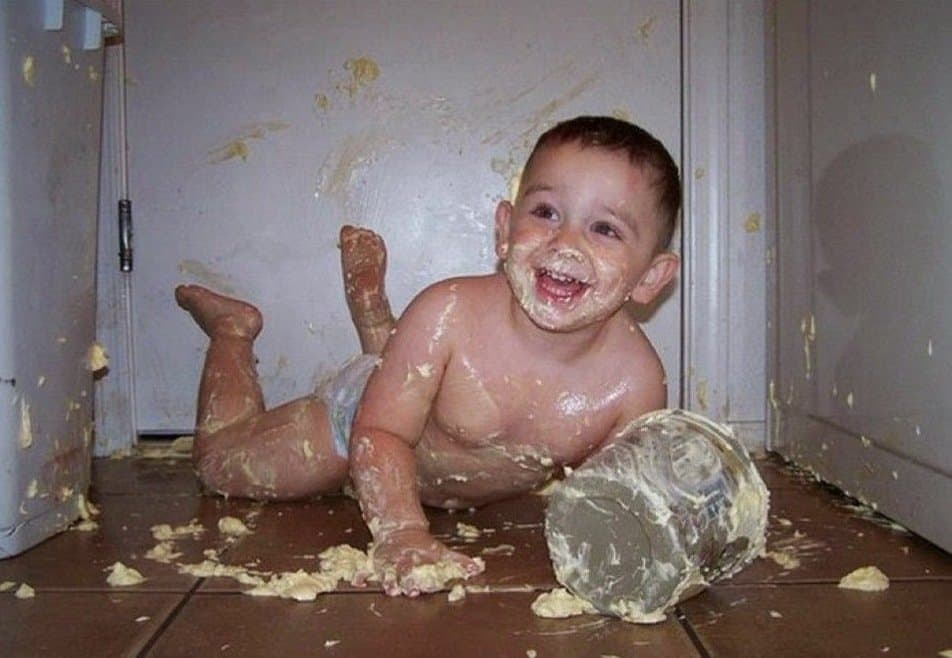 As dirty and slick as that kitchen is going to be, how cute is that child? They love butter and love spreading it everywhere, so you can’t be mad at this one. 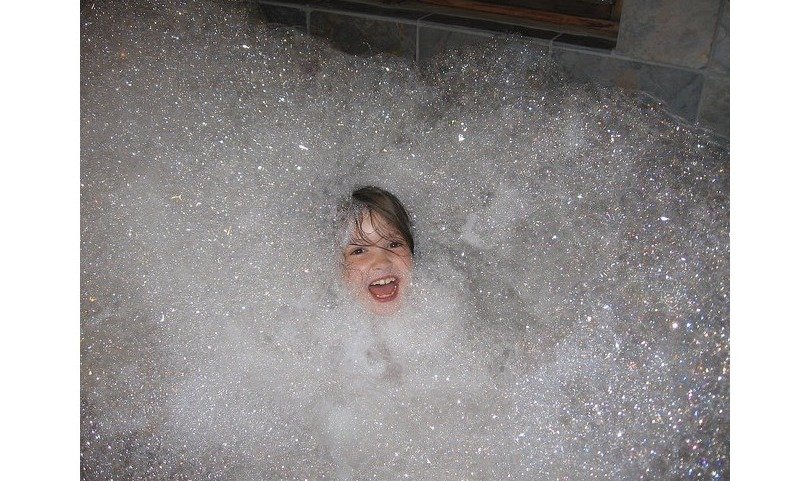 Hey, at least she was taking a bath, right? You told her to take a bath and she decided a bubble bath would be a better idea, but overestimated on the amount of bubbles to use.

Drawing On The Wall 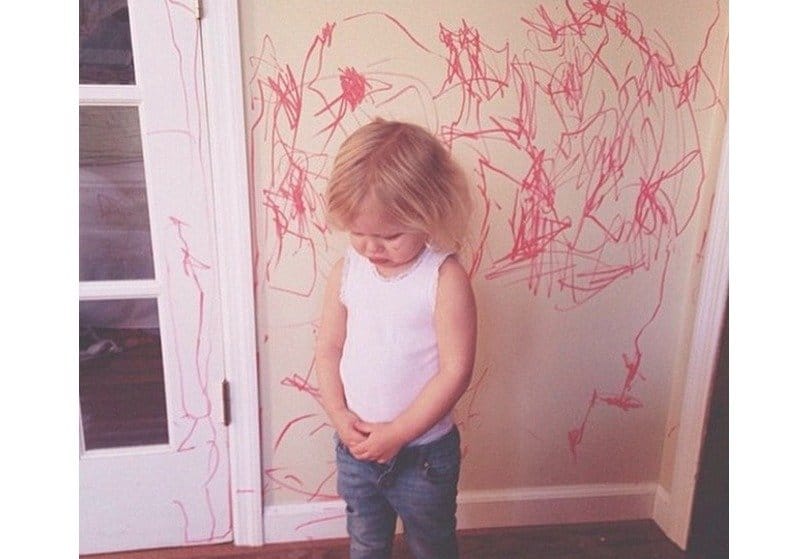 While some kids draw on couches, this little girl decided to hit up the wall with her artwork. She did go to town on that wall, but she is feeling guilty about it and you can’t be mad at a sad little girl. 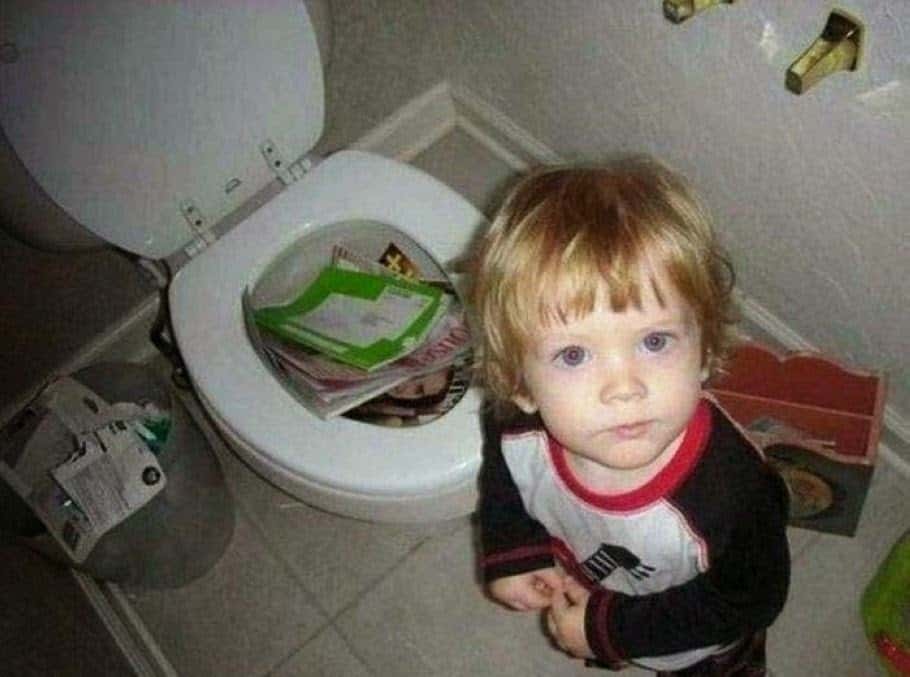 Some people read while on the toilet, but this kid wanted the toilet to read on its own! Not sure if that is possible, but this kid thought the reading material was no good! 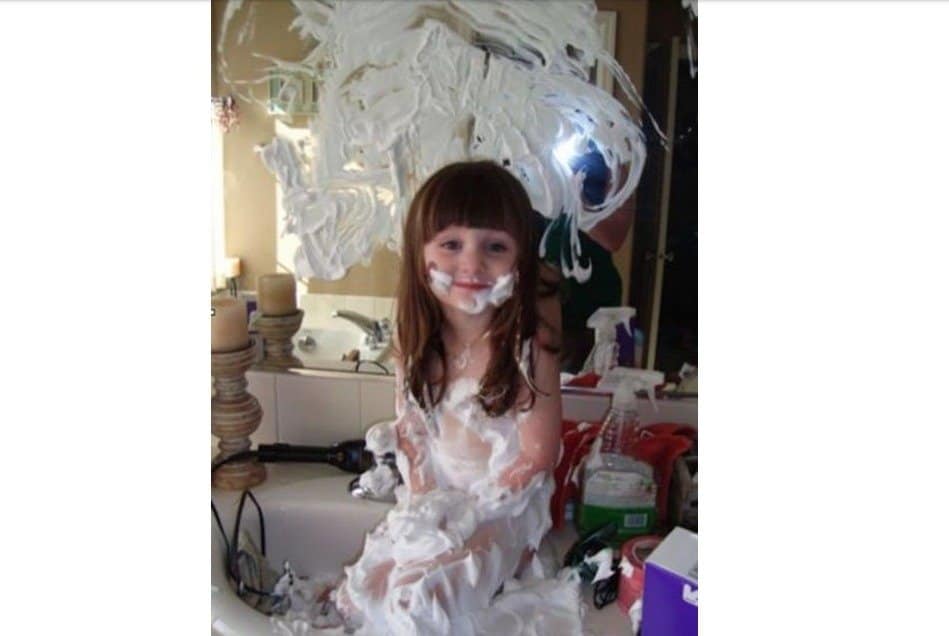 This little girl will need shaving cream some day, but not as much as she used this time around. And she definitely won’t be needing it on her face until she has passed menopause and the whiskers start growing!

Drawing On The Baby 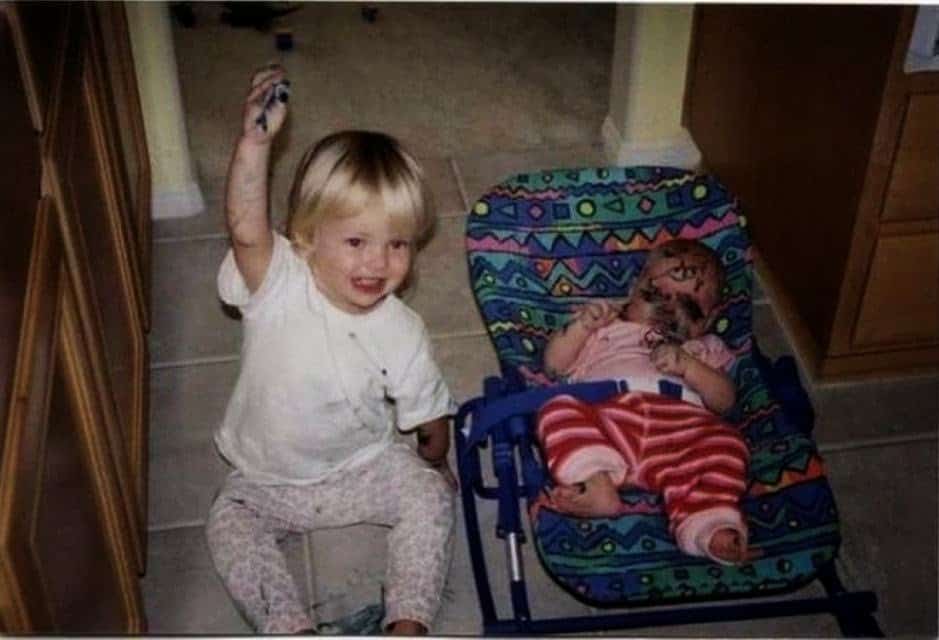 We have seen walls and couches used as the canvas for kids to draw on, but how about their little brother or sister? This little girl thought her baby sister would be perfect for doodling on. These parents have a lot of cleaning up to do. 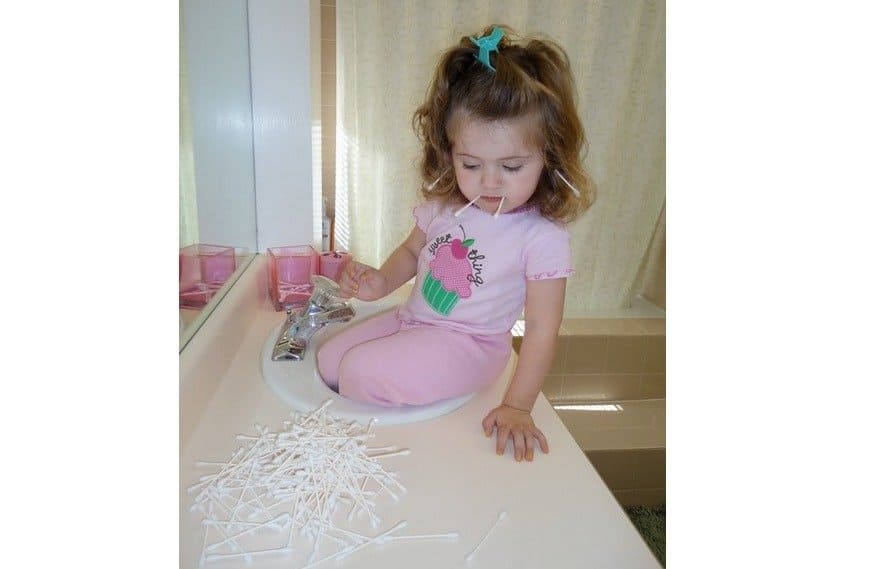 This girl made a mess with those Q-Tips, but how cute is she? She is beyond adorable and we would let her make an even bigger mess if she looked that cute while doing it! 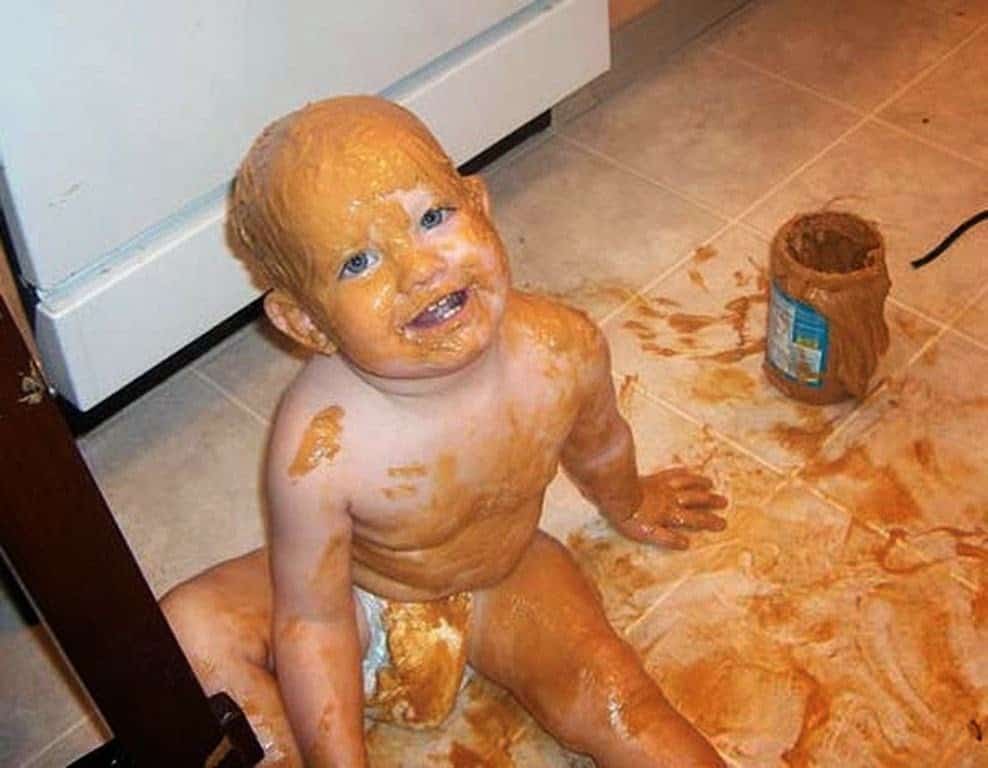 Kids love peanut butter, but they usually like to eat it and not use it as paint. This kid went to town on the peanut butter and that is one sticky situation we do not want to be a part of. 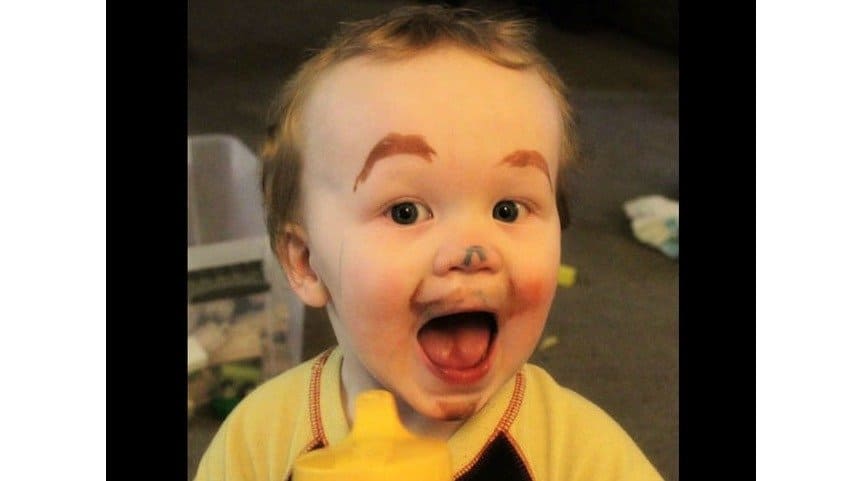 This kid went simple with the markers on his face, but it almost looks like a baby Charlie Chaplin! Maybe we have a soon-to-be-famous actor on our hands here? 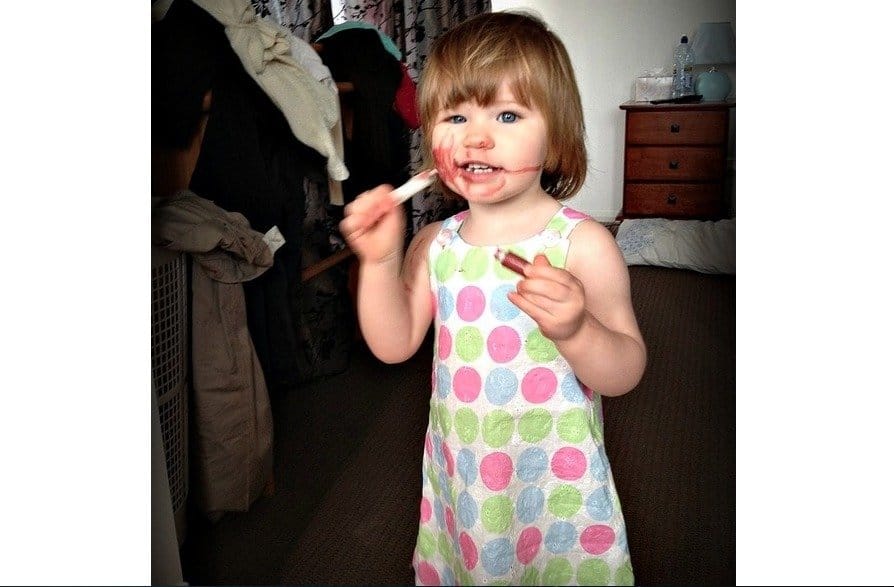 She was just trying to put on makeup like mommy does! We don’t think mommy puts it on like that, but maybe her mother is a drag queen? 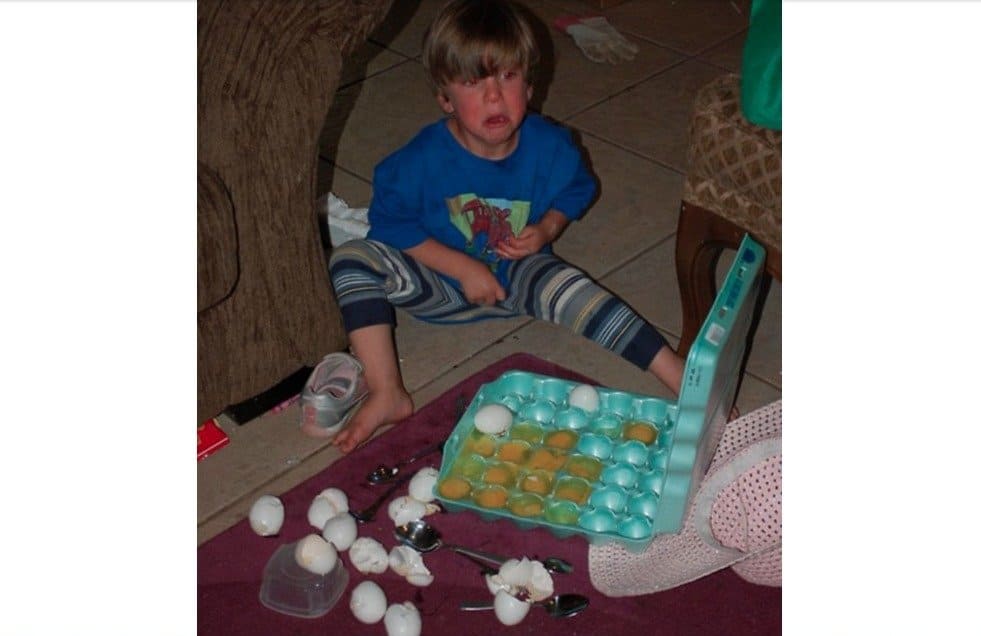 This kid was hungry and wanted to have some eggs for breakfast. He didn’t know you had to actually put them on the stove to cook, but he made a valiant effort in trying. 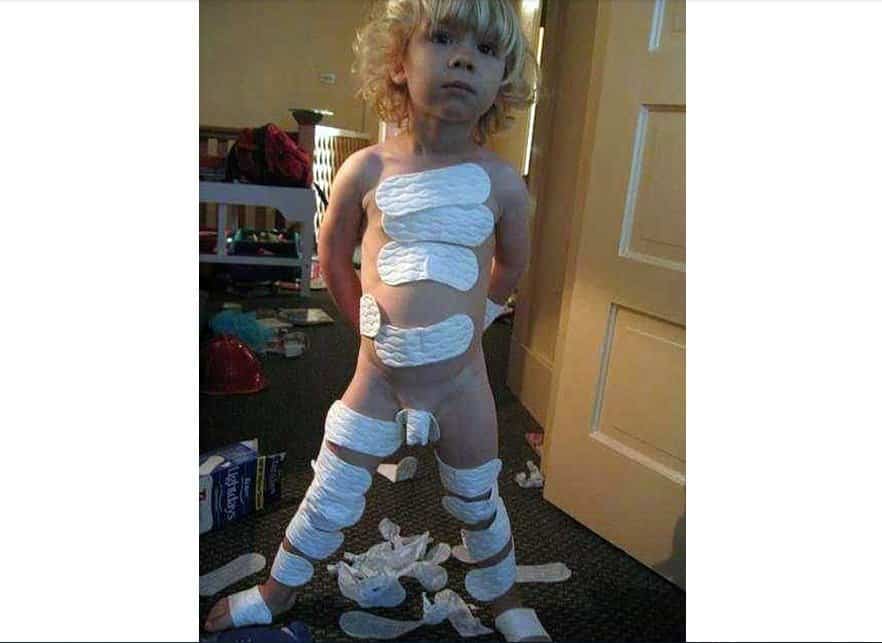 We saved the best for last, as this kid got into the feminine products and decided to apply them all over his body. Forget Superman, we have Maximan on our hands now!