With the new cube grooming trend going on in Japan right now, it seems only fitting to take a look of some of the most strange, funny, and interesting grooming jobs that people have had done to their dogs. It’s surprising dogs haven’t started plotting against humans for all the things they put them through. The best ones seem to be those that have had their dog transformed into a completely different animal, however some of them are just downright crazy! 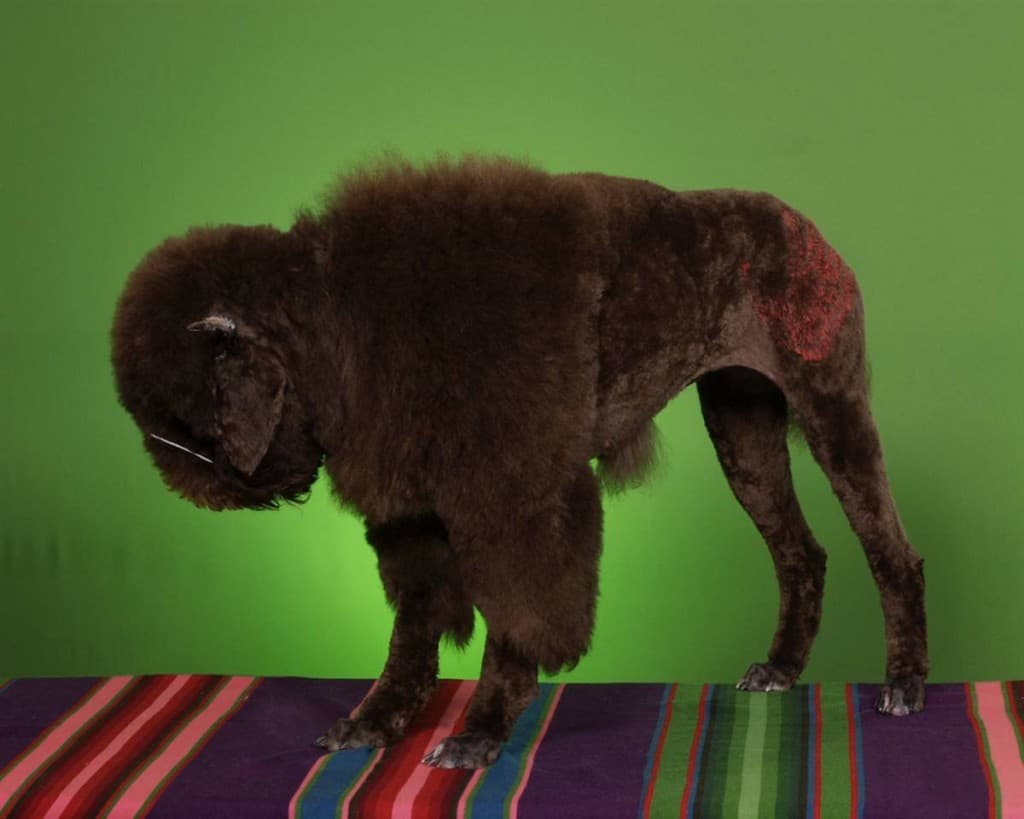 Who knew a dog could look so much like a buffalo? Good thing she’s too small to be mistaken for a real buffalo, which make great burgers!

Is That a Chicken or a Dog? 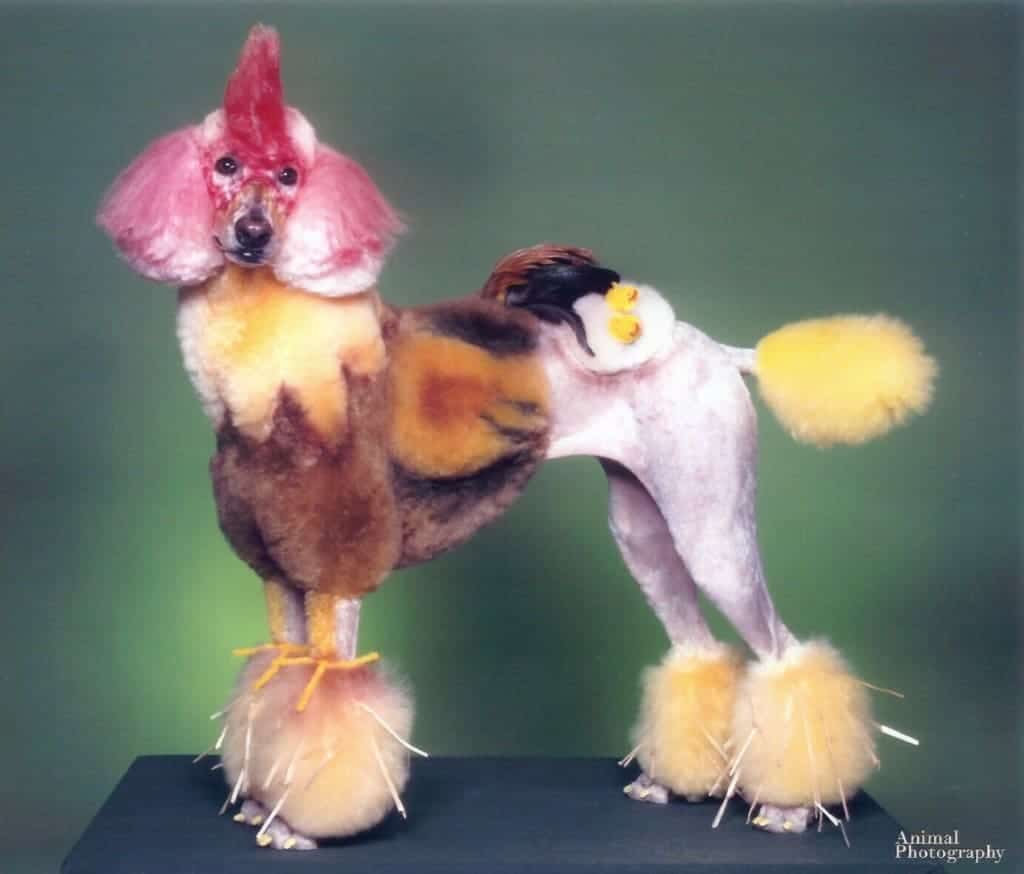 Who knew poodles were so versatile? If you want more than a dog, get a poodle and have them groomed to look like a chicken. However, this dog won’t be laying any eggs or crowing in the morning. 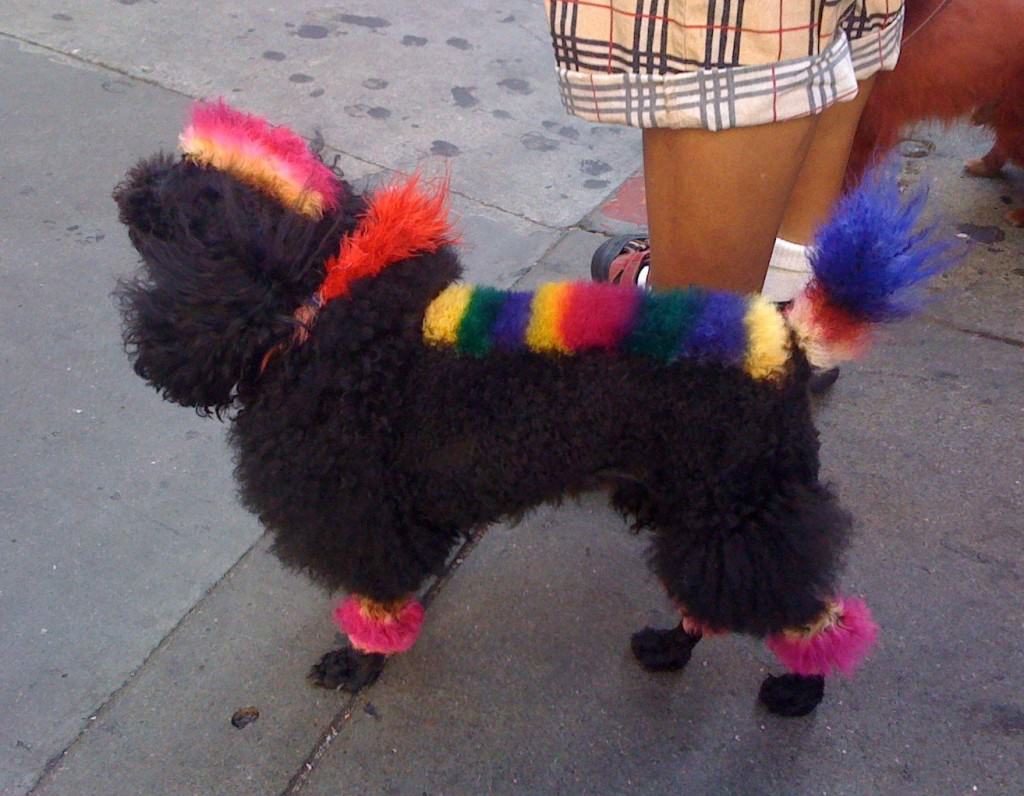 If Punky Brewster had been a dog and not a cute little girl with dimples, she would have been this dog!

Who Needs The Zoo? 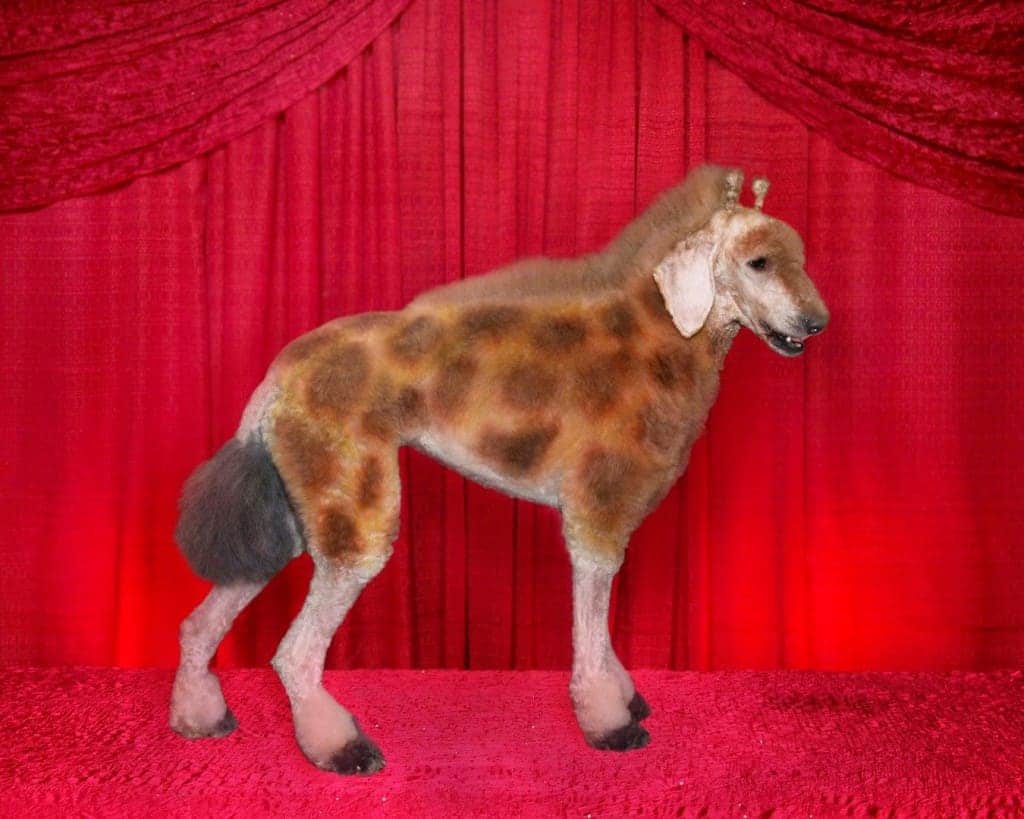 With a dog that can pass for a giraffe, who needs to ever go to the zoo again? 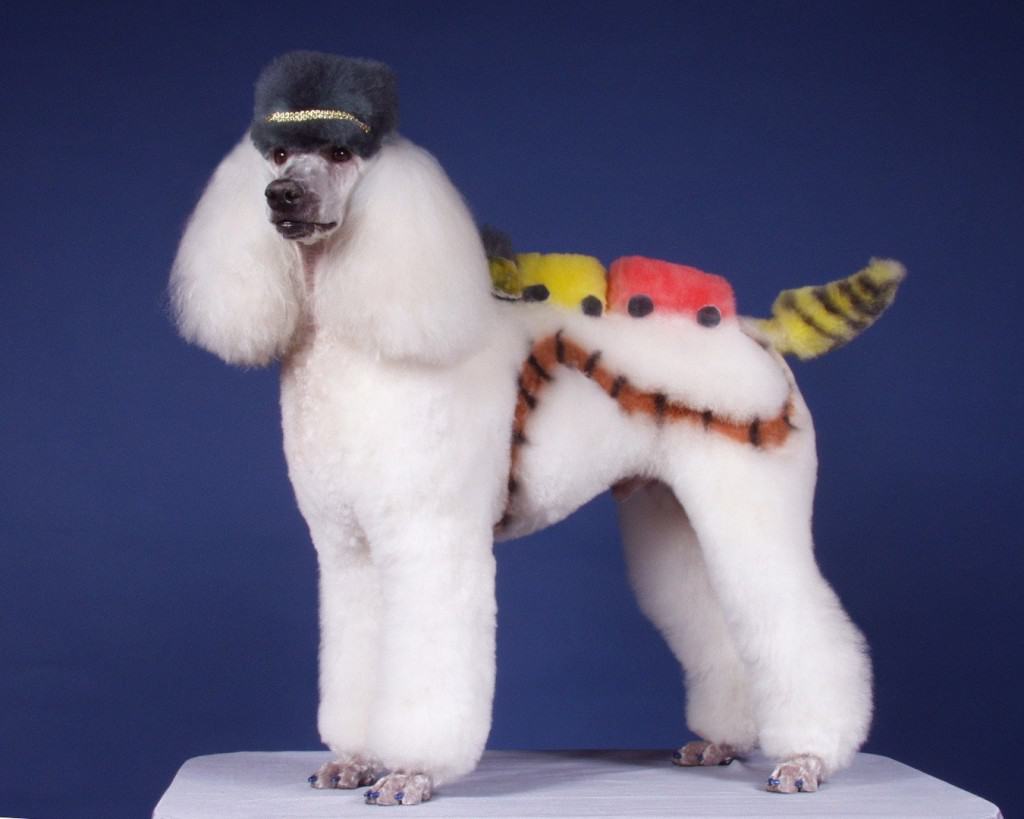 It’s possible this dog is groomed to look like a train conductor, or maybe a taxi driver. It’s hard to tell. Poor dog.

The King Of The Jungle 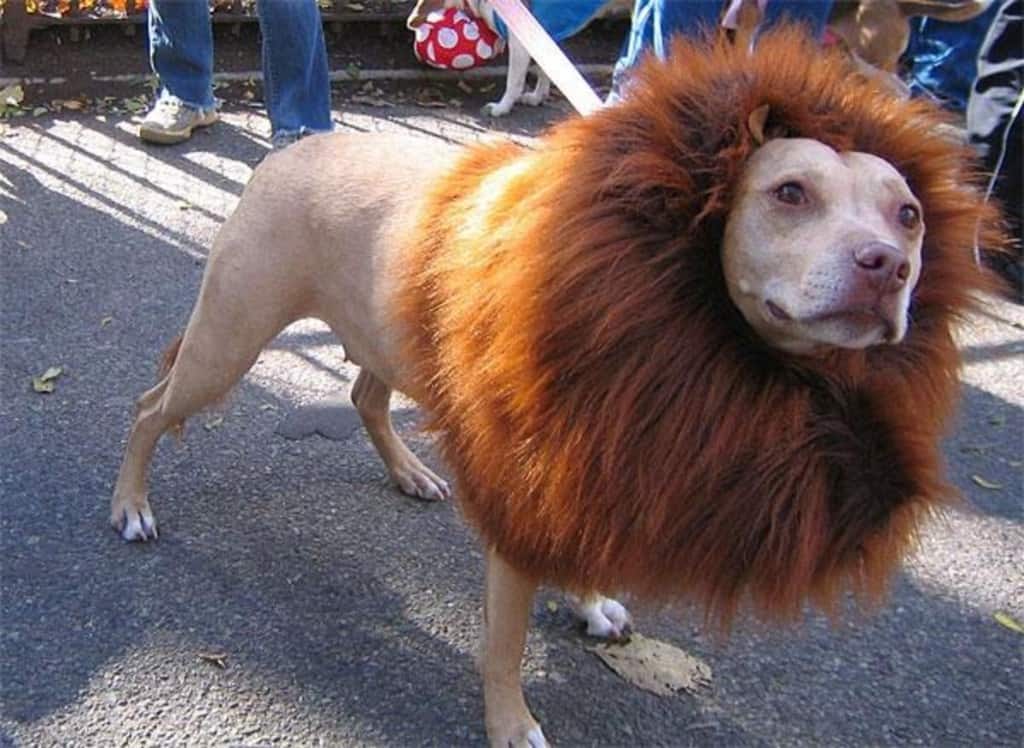 This dog makes a pretty good lion, except that she looks just a little too friendly to be such a savage beast! 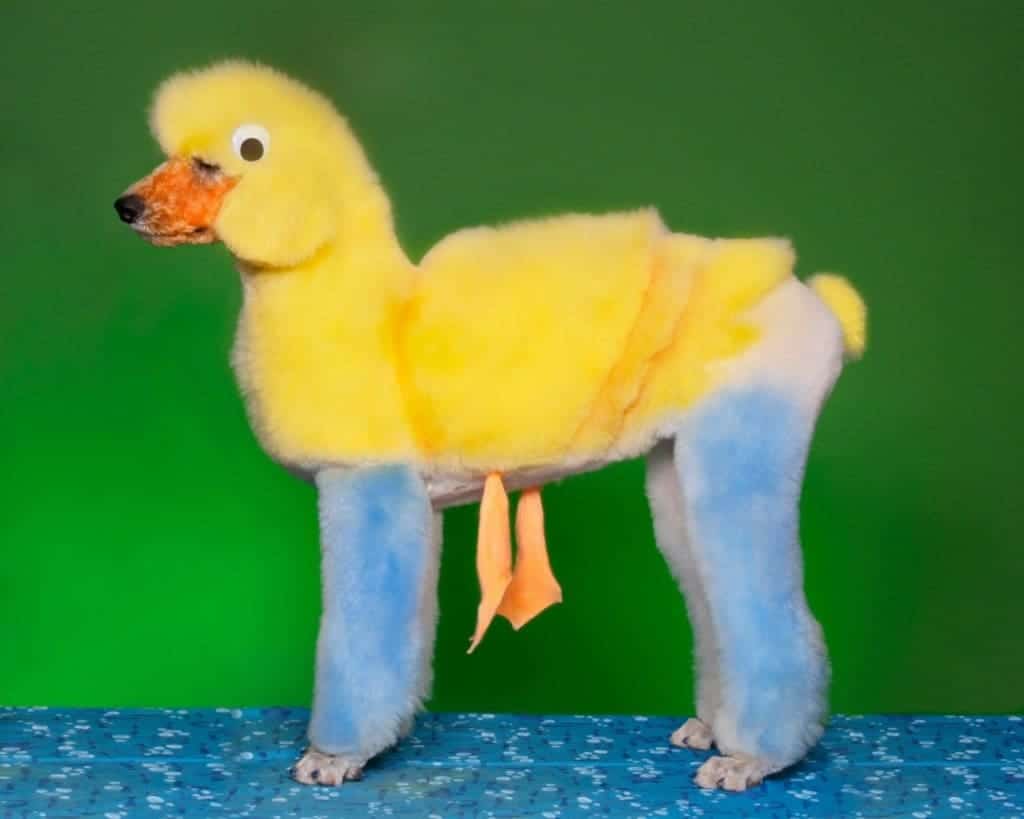 Rubber ducky, you’re the one… This dog pulls off duck well. However, she’d probably give little children nightmares. 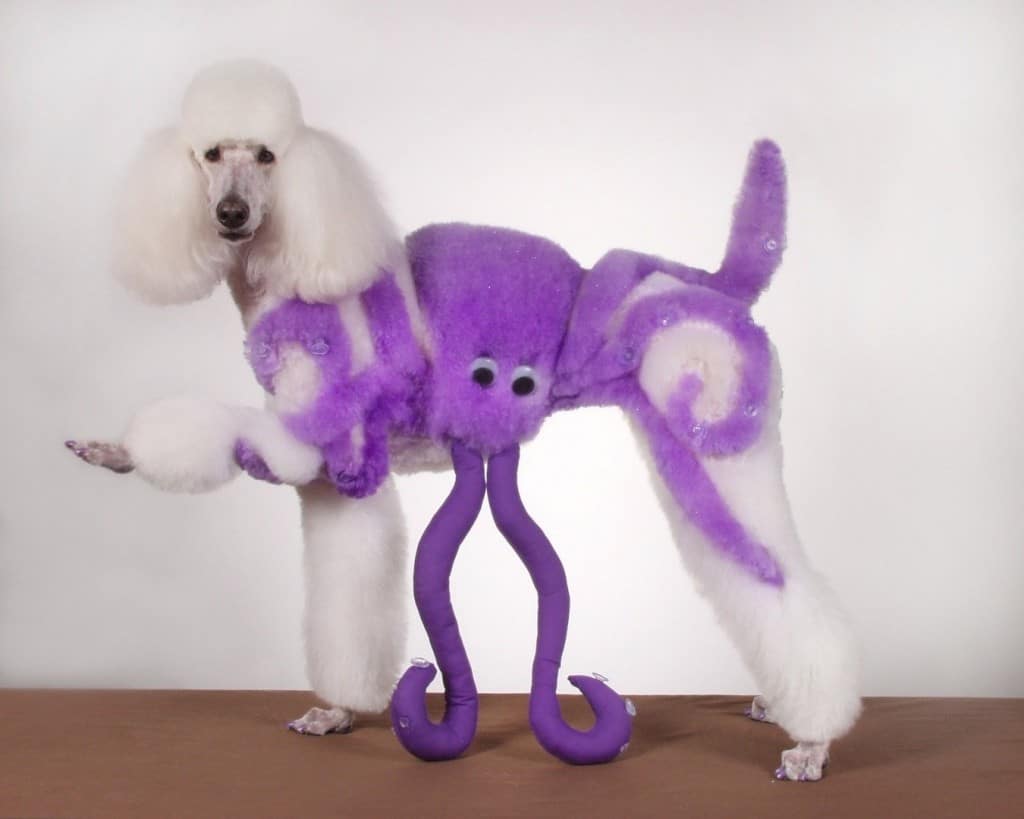 Cthulhu would be proud of this deep sea diving doggy hair-do. We’re pretty sure the dog is being attacked by the octopus, however.

Maybe A My Little Pony 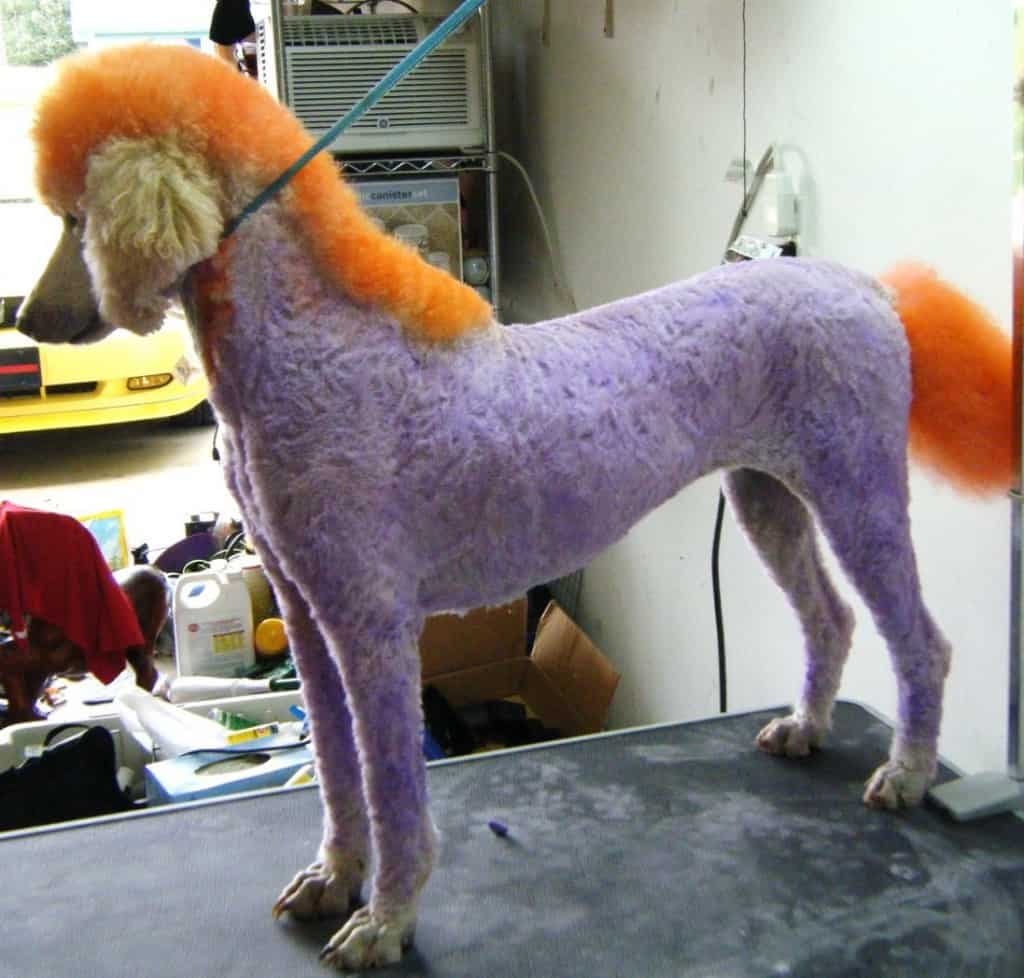 It’s hard to tell since it doesn’t have a cutie mark, but this purple and orange dog could be posing as a child’s pony toy.

The Force Is Strong With This One 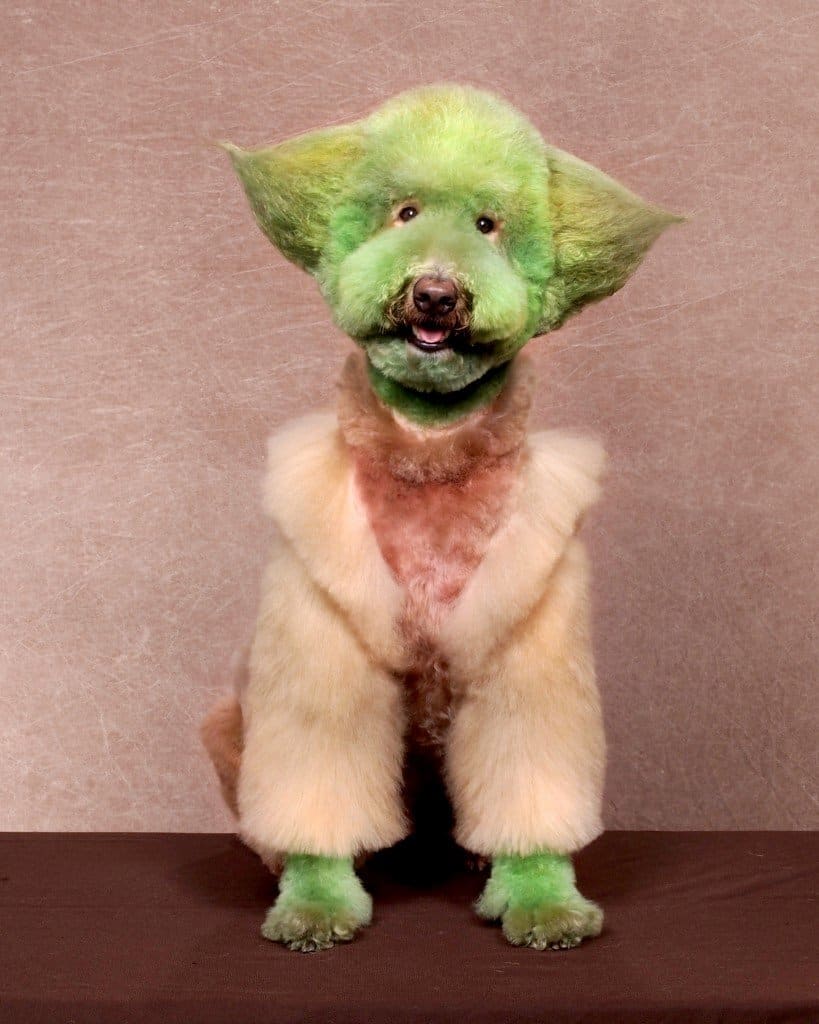 What dog wouldn’t feel the power of the force when they are groomed to be Yoda. Odd, this is. 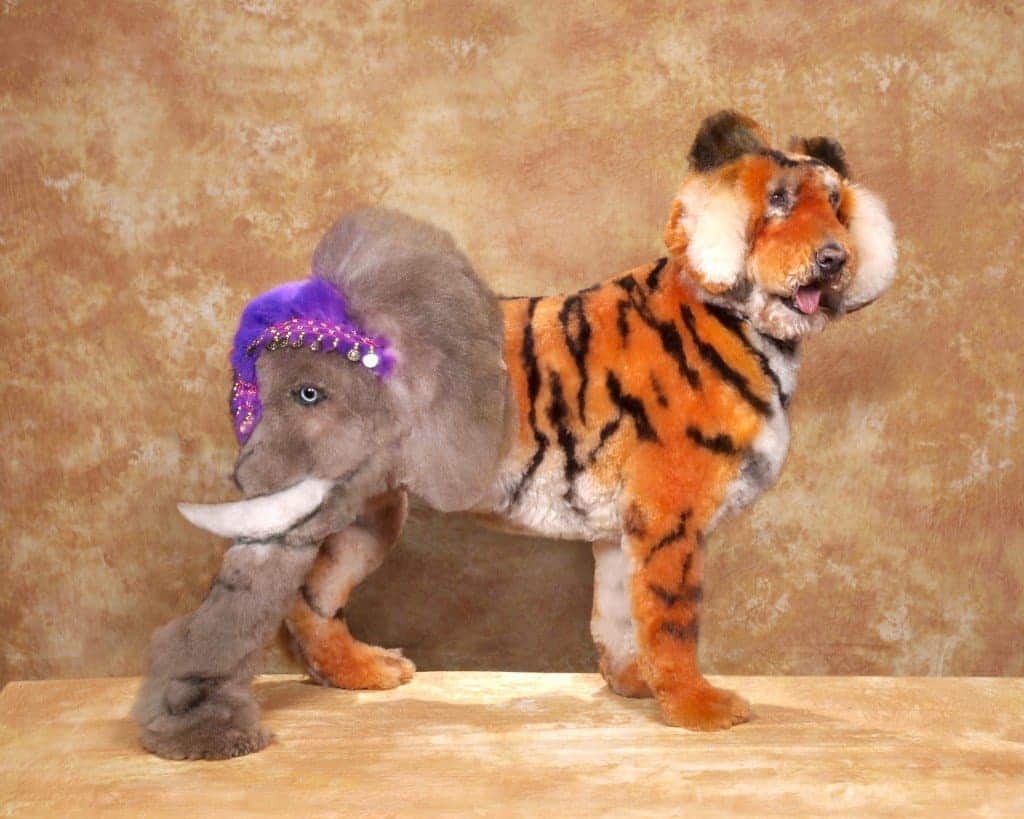 This is a confusing and crazy mashup all on one dog. The front is a tiger and it has an elephant head on its butt! What? 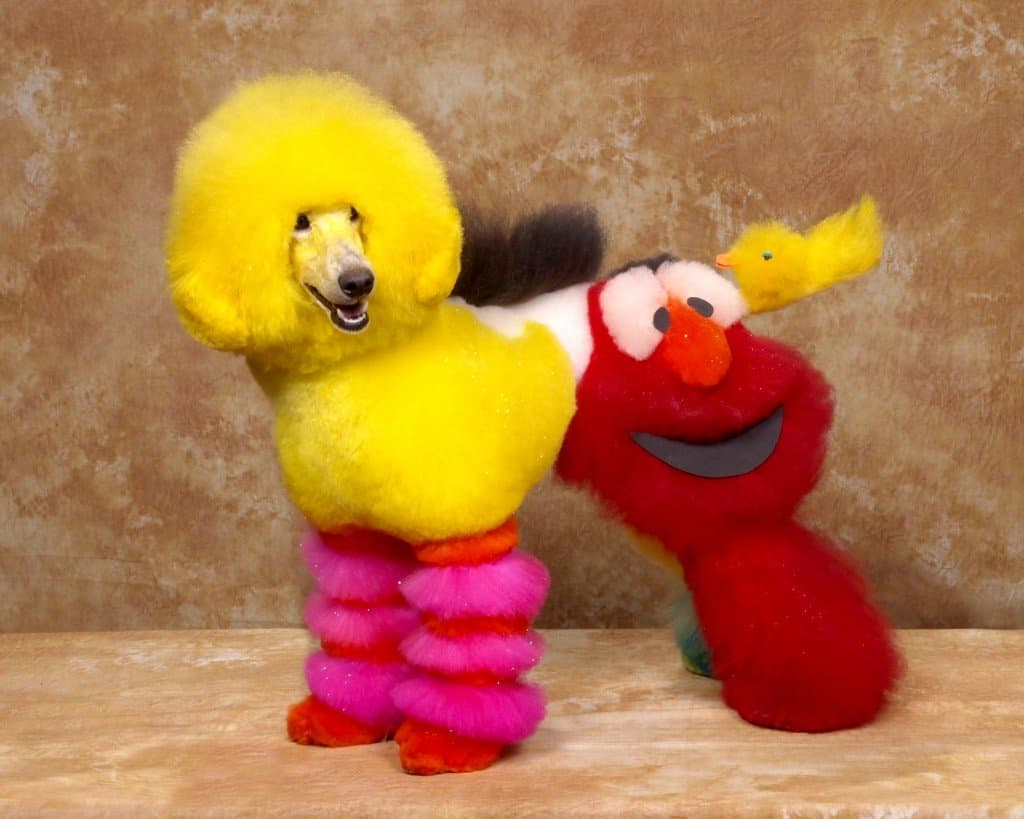 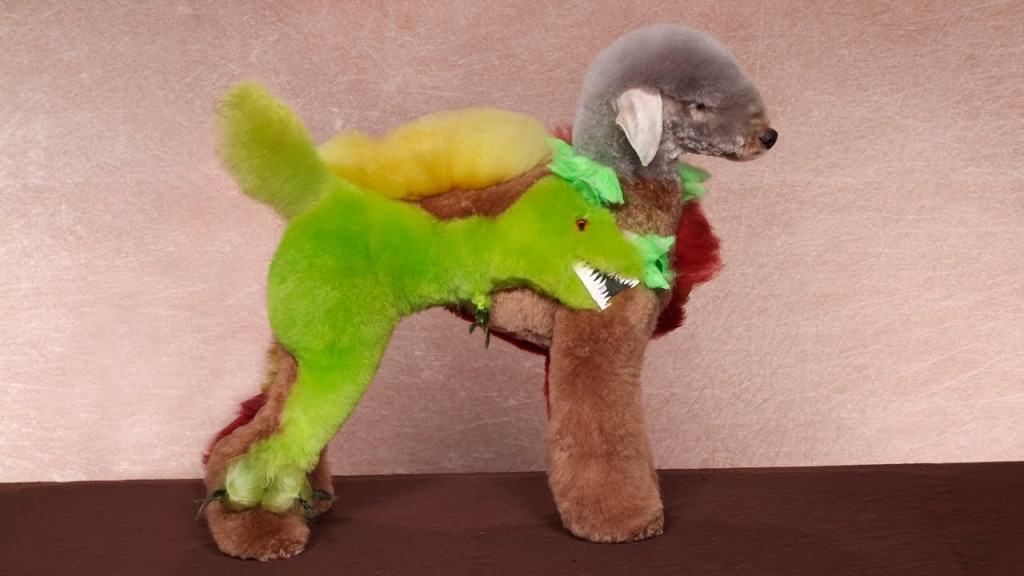 Jurassic World is about to hit theaters and what better way to celebrate than to have some dinosaur art carved into your dog’s fur! 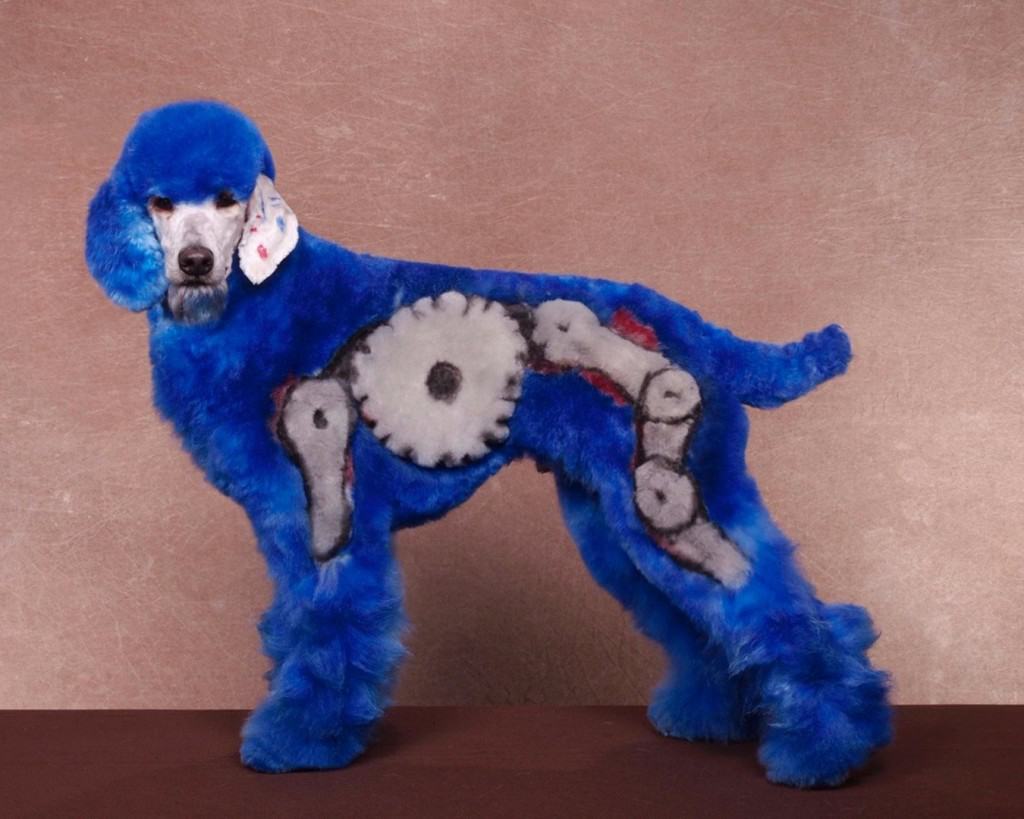 Be wary that robots are now taking over your dogs. Think terminator, and just make sure you watch your back.

A Rainbow No One Wants To See 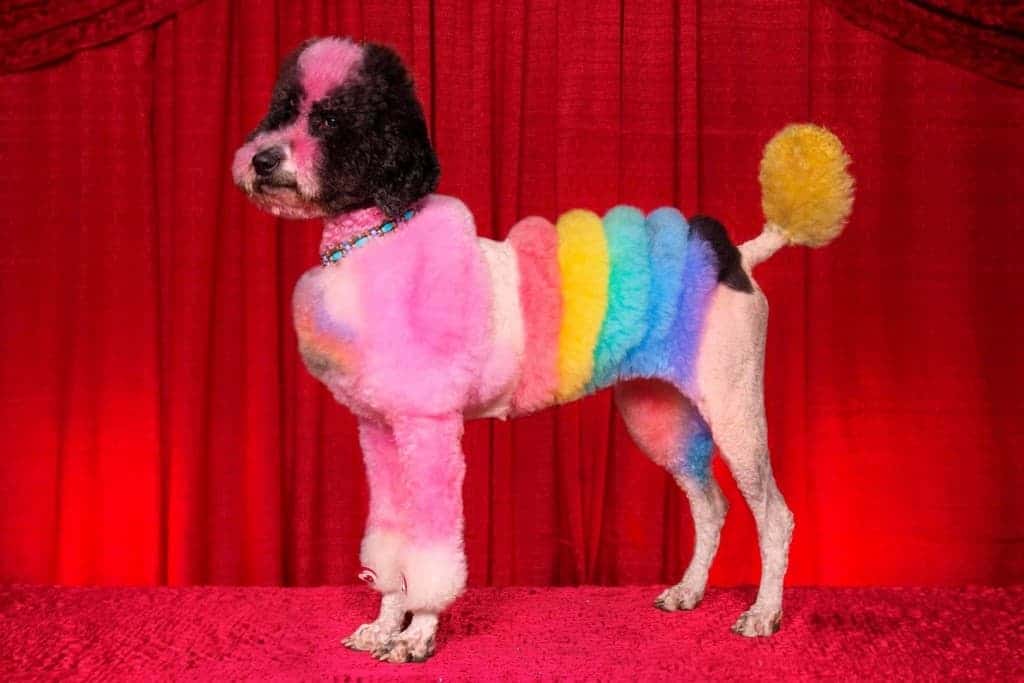 This is by far the worst of them yet. This poor dog probably wanted to get shaved after this photoshoot. We’re wondering if that’s the sun on her tail?

Better Than A Dead Dog 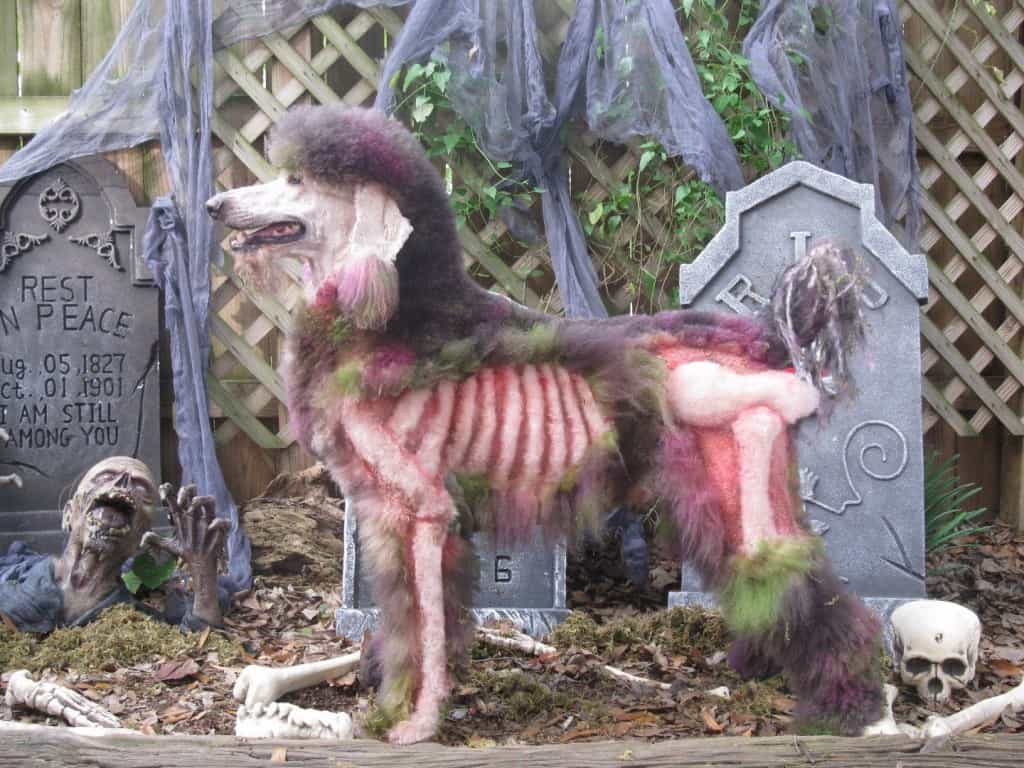 This dog doesn’t need to play dead in order to get a treat. Although it may need some more treats since it looks like it’s all skin and bones! 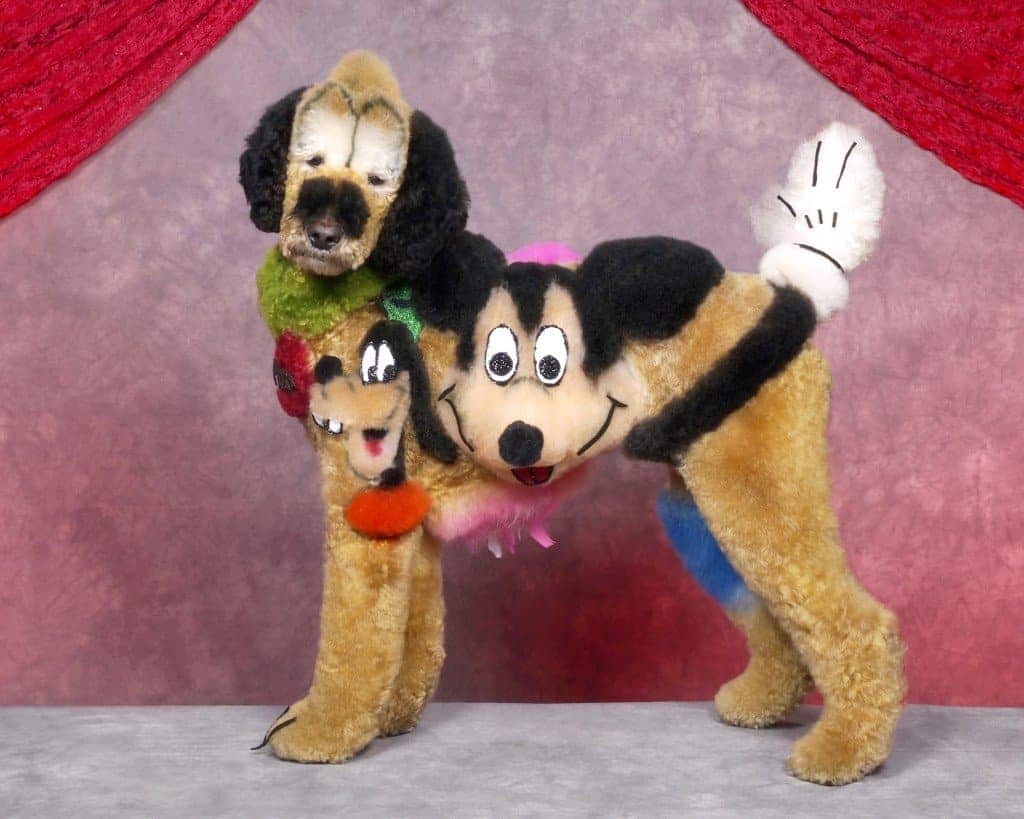 It would have been enough to make the dog look like Pluto. But then they had to add that very scary looking Mickey. Is he about to slap someone? And why’s goofy there?

Swimming With The Fishes 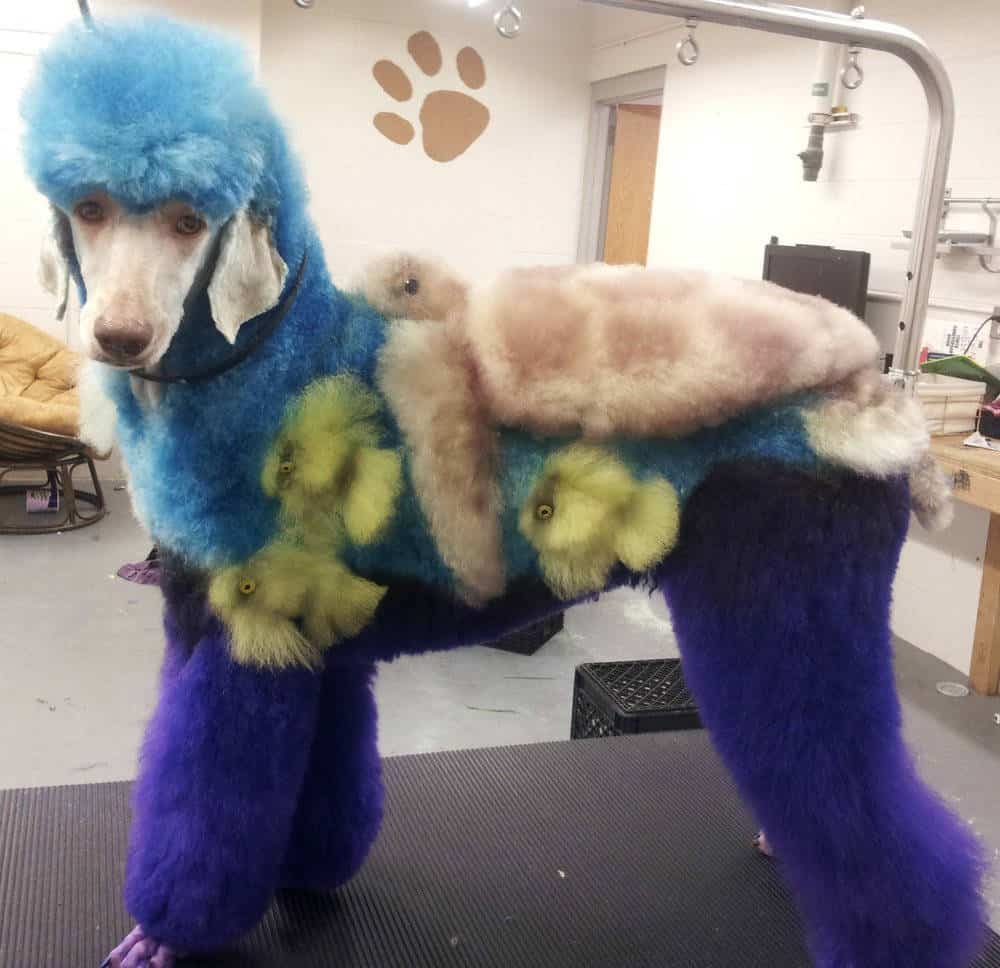 This stylish look has turned the dog into the ocean, with a sea turtle and some fish swimming along. At first we thought the fishes were baby chickens, then we saw the turtle.

This Is For the Birds 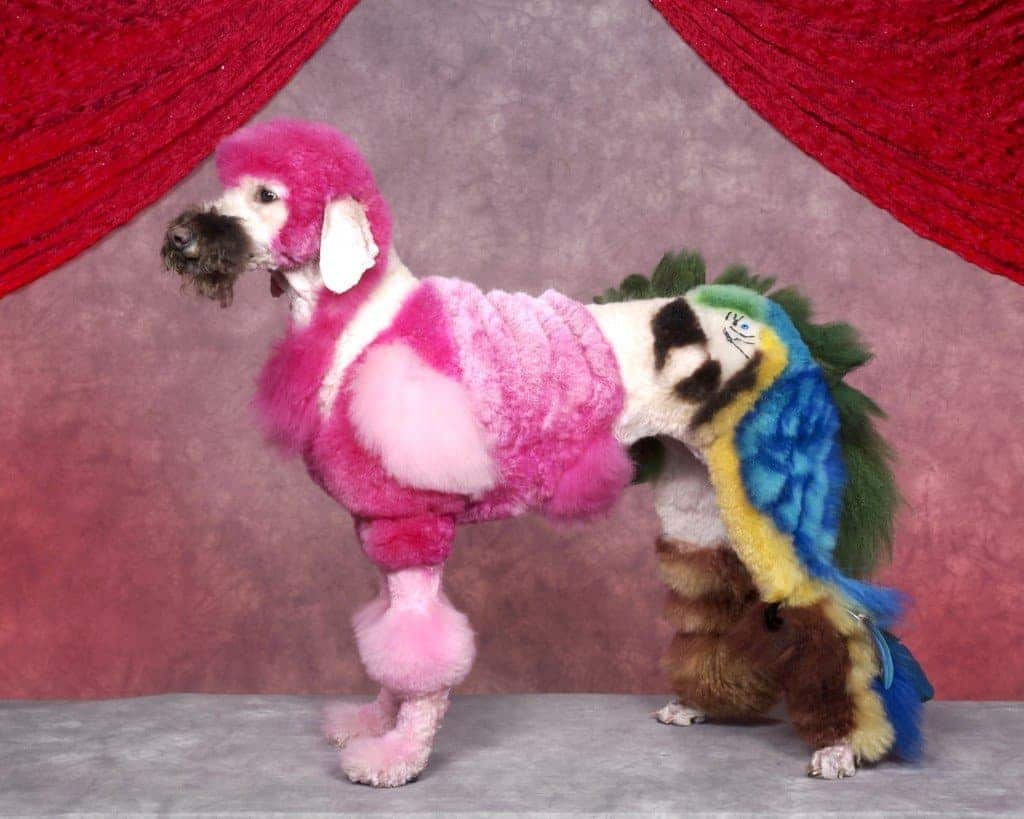 This dog is having an identity crisis. Is she a flamingo or a parrot? Well, it looks like she’s both. 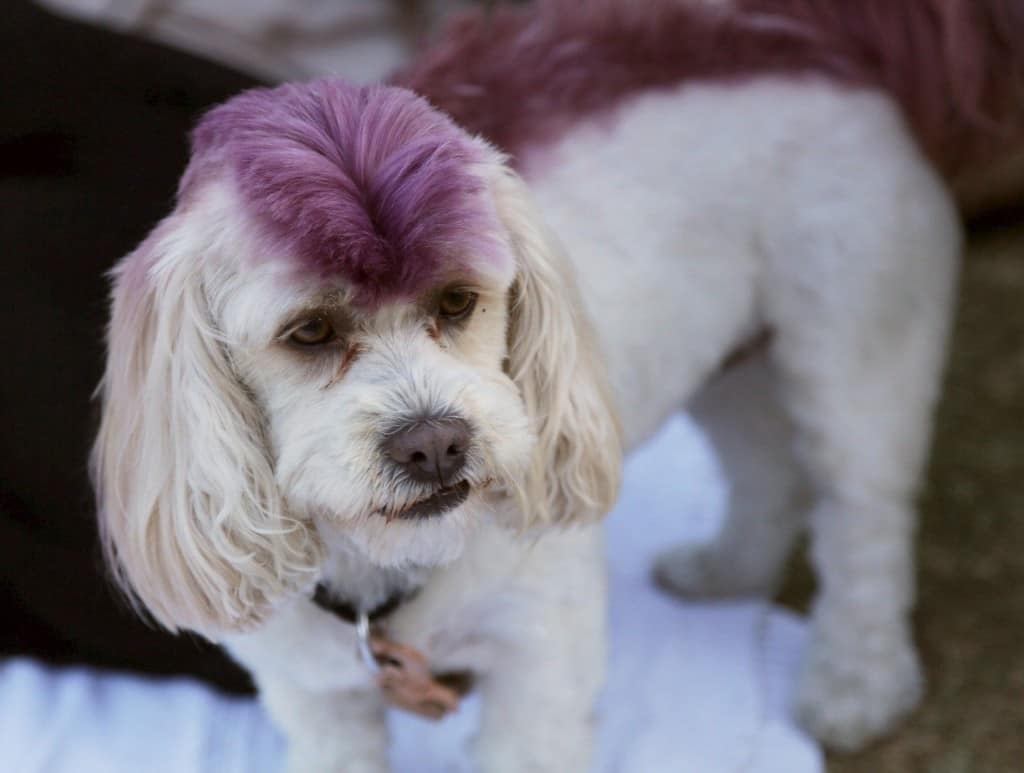 If you want to try a new funny look out on your dog, why not start with something simple. Just go for the colored mohawk and save your dog the ridicule.