20 Funny Typos That Were Clearly Overlooked Before Publishing

With the advent of autocorrect on smartphones, a lot of people have posted crazy things on Facebook or in a text message. However, these typos go beyond a simple text message or post on Facebook. These are advertisements, stories on your local news station or books that have some hilarious typos that definitely show us someone screwed up while editing! Check out these 20 funny typos that may have cost someone their job, but are still hilarious to read. 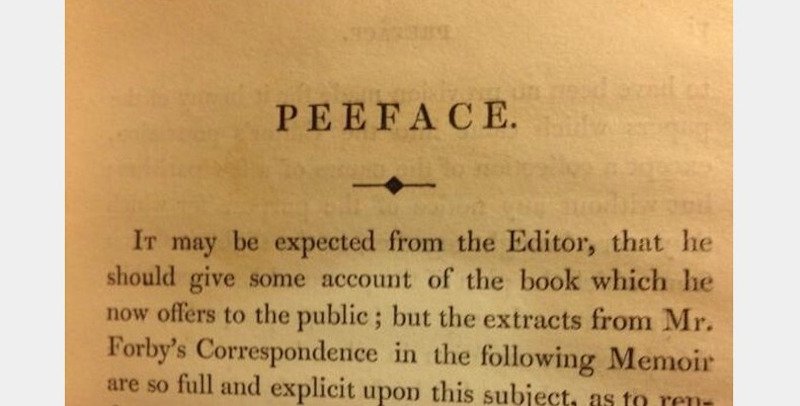 This is probably not the start of their book the author was hoping for. It may depend on the actual book title, but maybe Peeface works? 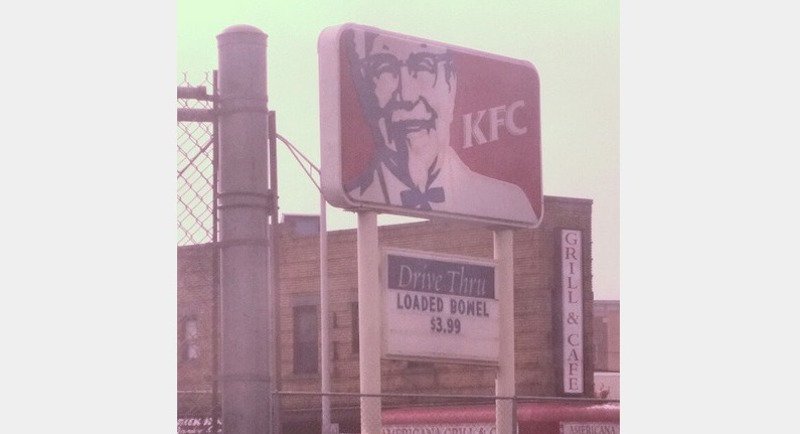 If you eat one of the Loaded Bowls at KFC, this is most likely going to happen! You can’t blame them for predicting the future and advertising the facts. 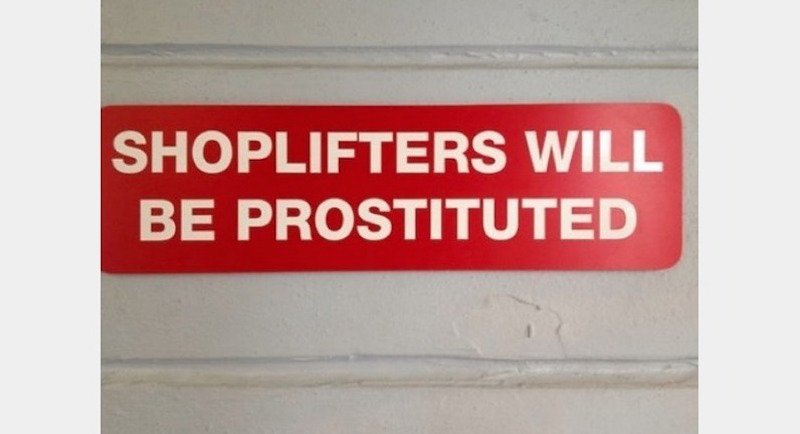 If you shoplift from this store, they are going to put you to work to pay them back for the items stolen. You won’t be going to jail, but you will be performing some tricks!

What Is Up In Space? 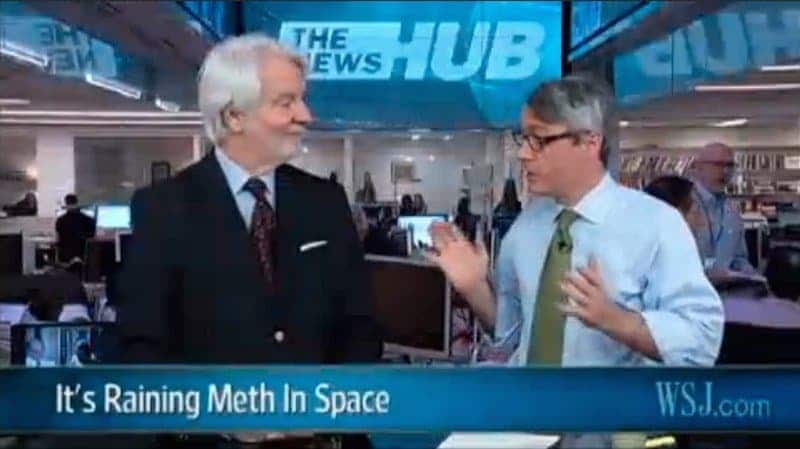 We aren’t even sure what this news channel was going for, but is it Breaking Bad up in space? The aliens are living it up and never sleeping in outer space! 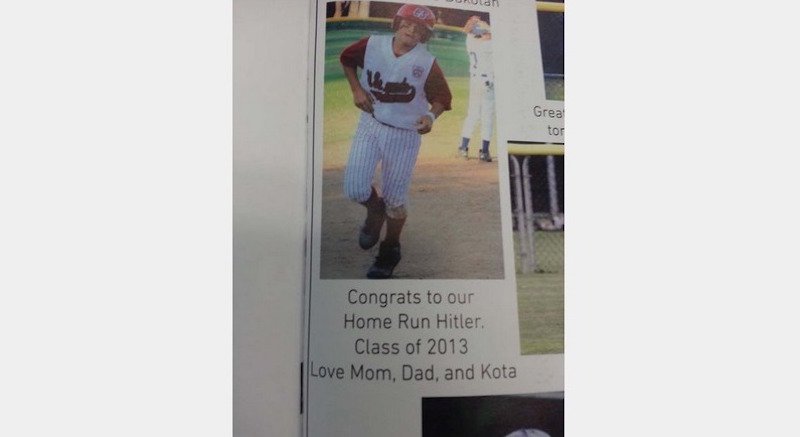 This kid’s parents were so proud of their son and wanted to show their love for him, but it turned ugly. No one wants to be associated with Hitler.

This news station was doing a story on school being too easy for kids, but it looks like the person making the graphic might need to go back to school. The lady looks disgusted by the photo. 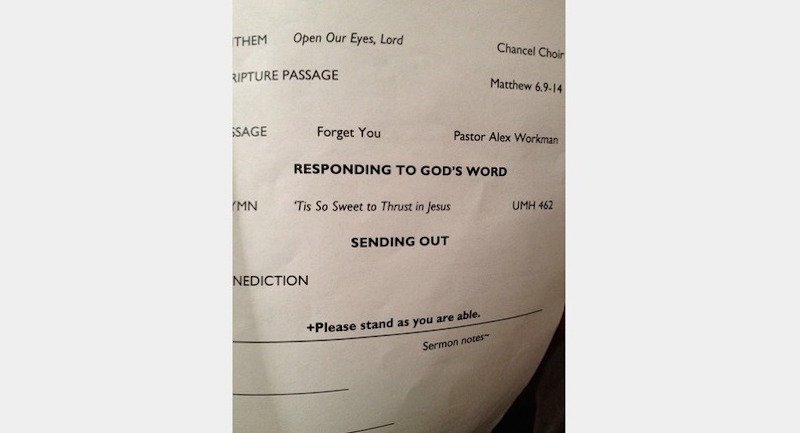 There is a lot of action going on at this church! We don’t think Jesus was thrusting anything, but that is just our opinion. 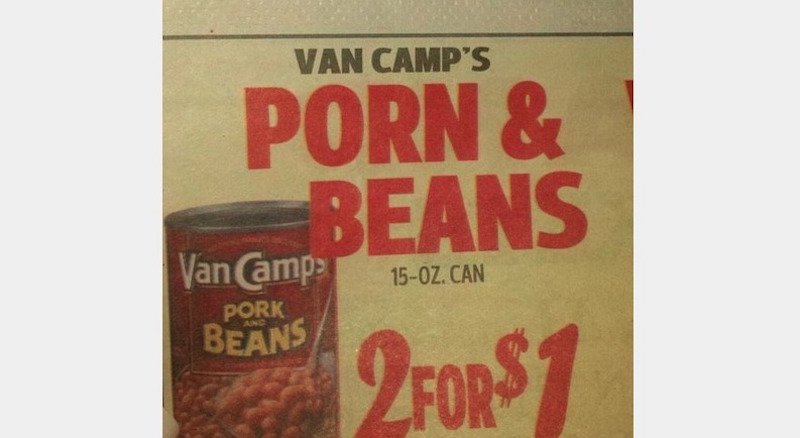 A Warmup For This City 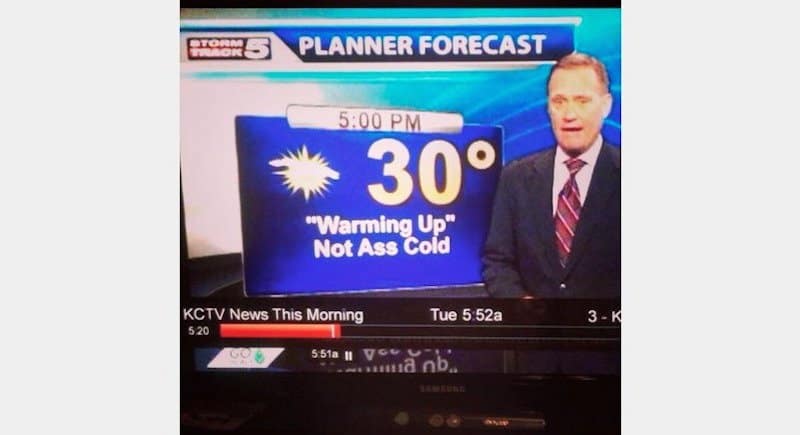 It looks like this city has had some cold weather lately, as they seem to be very excited about the warmer weather that is coming. One letter off and it makes it hilarious. 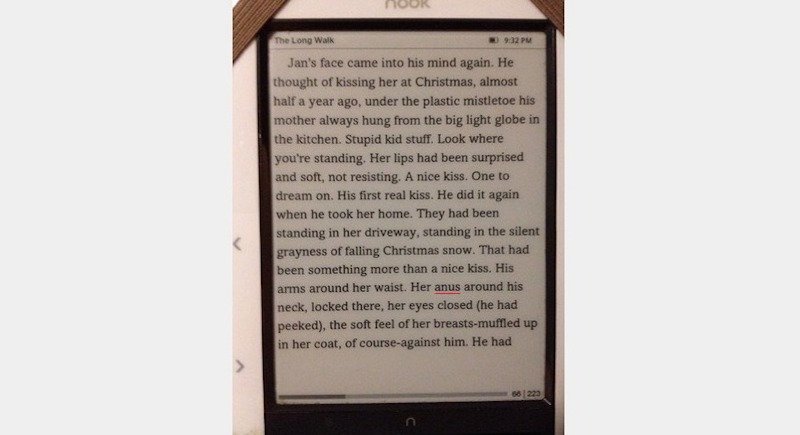 While the guy seemed to enjoy this moment and thinking about the kiss he shared with Jan, we are thinking some body parts were not in the right place. Unless he is kinky and enjoys some weird stuff! 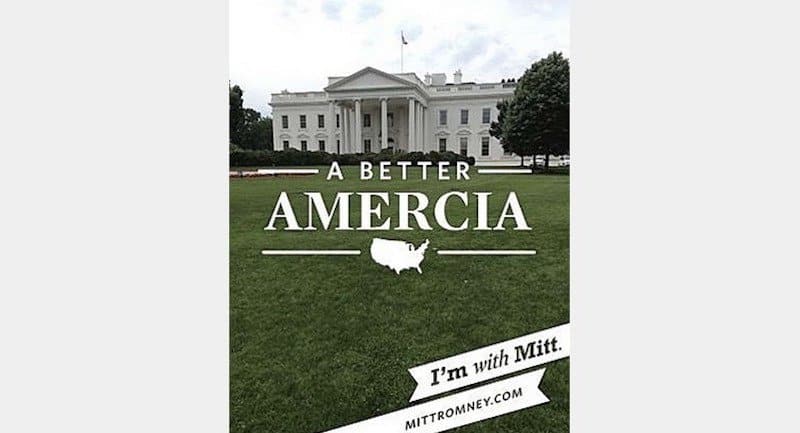 You are running for President of the United States and have a campaign loaded with money and staff and you still can’t get a campaign poster correct? Mitt Romney was promising something that no one really wanted!

If you don’t know what fapping is, then look it up. Needless to say, those jellyfish drones were some dirty drones! 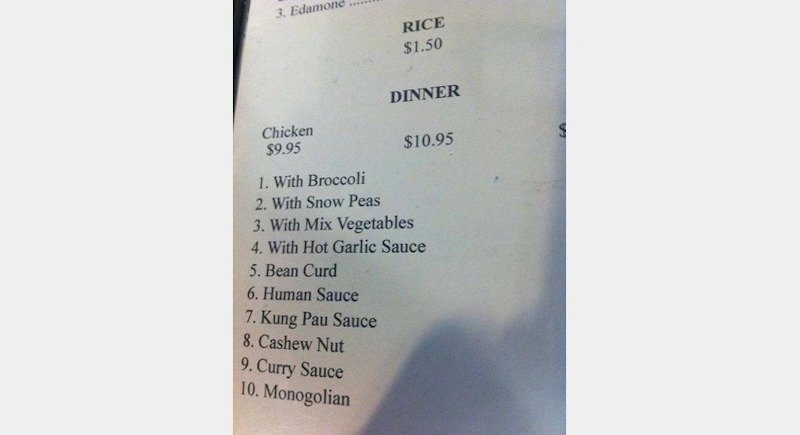 You head out to dinner and are really looking forward to your Chinese, but what kind of sauce are you going to get on it? While some like curry sauce or maybe even Kung Pau sauce, this restaurant goes as far as offering human sauce! 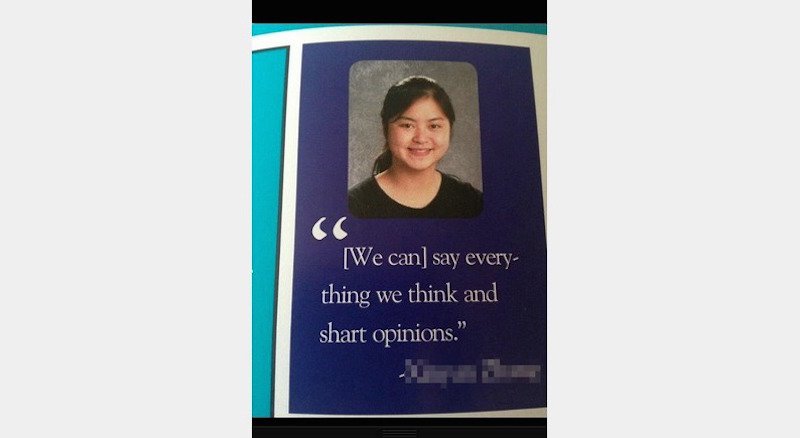 A yearbook is something that people will look back on for years to come, so you don’t want to be associated with a typo for your yearbook quote. This poor girl will always be remembered as the girl that sharts opinions! 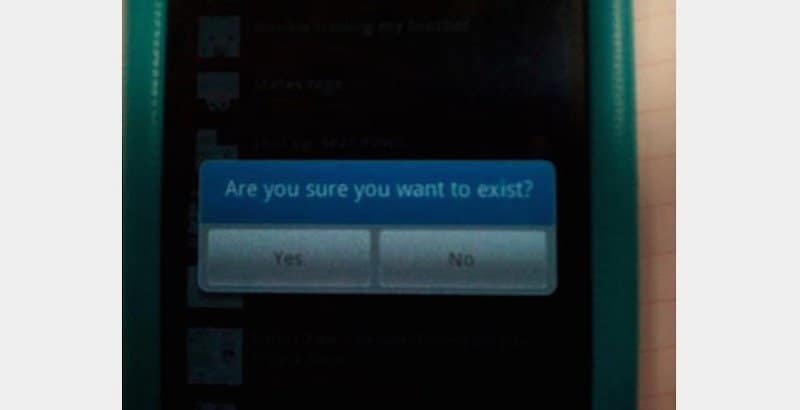 This electronic device is just making sure you truly want to exist, as they can make things happen to end your life. We never really read those messages, so now we are curious and wonder if we ever got that message!

This is a flyer that is offering tips to older adults for when they get cold. Whether you are older or younger, we don’t think anyone should crap themselves in a blanket to warm up! 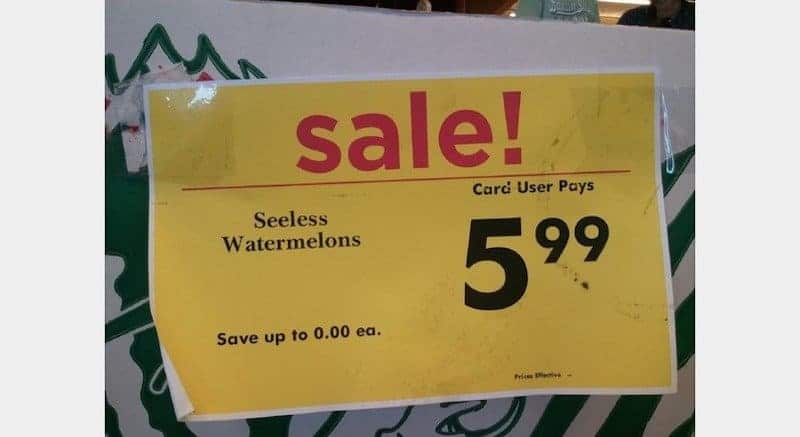 Who knew that some watermelons could see? This store is offering a great deal on watermelons, but only because they can’t see as well as other melons out there! 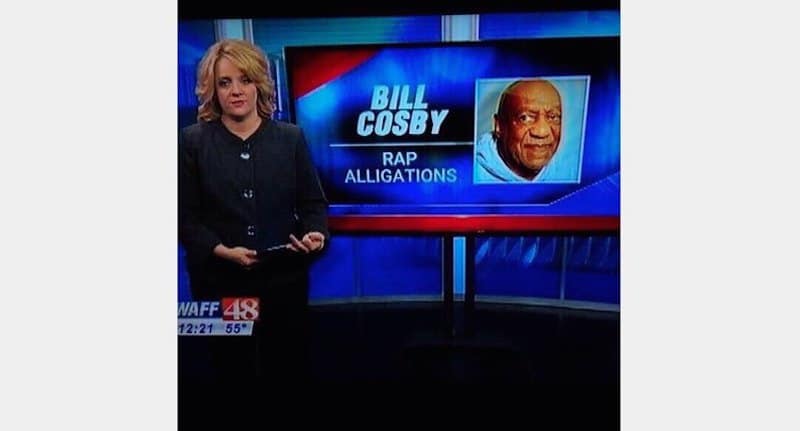 This whole time everyone thought that Bill Cosby was being accused of being a rapist, but he was actually a rapper! Who hired the person making these graphics? Nothing is right on the screen and they need to be fired!

She Was Busy In High School 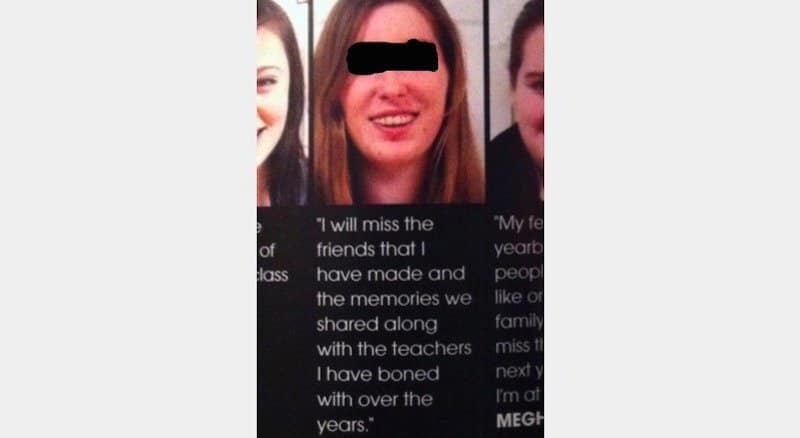 In her yearbook quote, this girl announced to everyone how she became the valedictorian! We all wondered how she got such good grades, but it looks like she was having some alone time with the teachers.

He definitely doesn’t look the part, but once he gets into his scuba gear, the diva comes out! Can you imagine how ticked off this guy was when the story aired?