‘Scream’ is without a doubt one of the biggest scary movies of all time. The film, which was released in 1996, helped spark a new interest in slasher movies for a new and younger generation. ‘Scream’ was such a successful horror movie that it spawned three sequels and now has its own TV show, ‘Scream: The TV Series’ that airs on MTV. If you’re a fan of ‘Scream’ there are probably some interesting facts about the film that you may not know about. Here are 20 interesting facts about the slasher film, ‘Scream’.

​Based on True Events 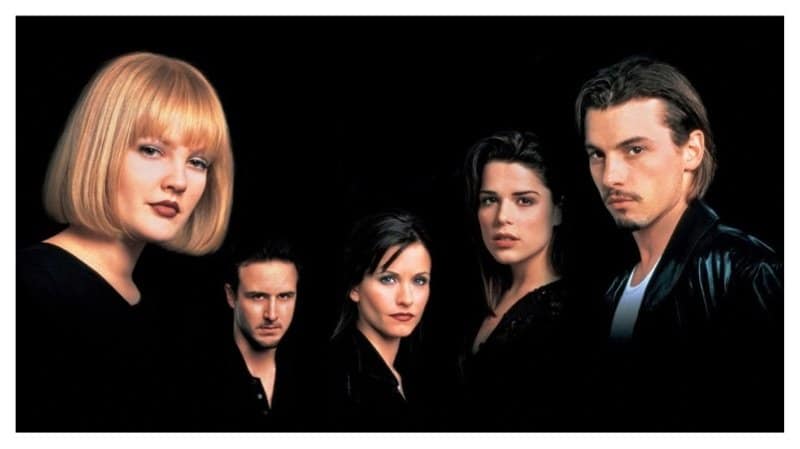 The film was partially based on the real life murders of students in Gainesville, Florida in the 1990’s. The killer, Danny Harold Rolling was nicknamed ‘The Gainesville Ripper. 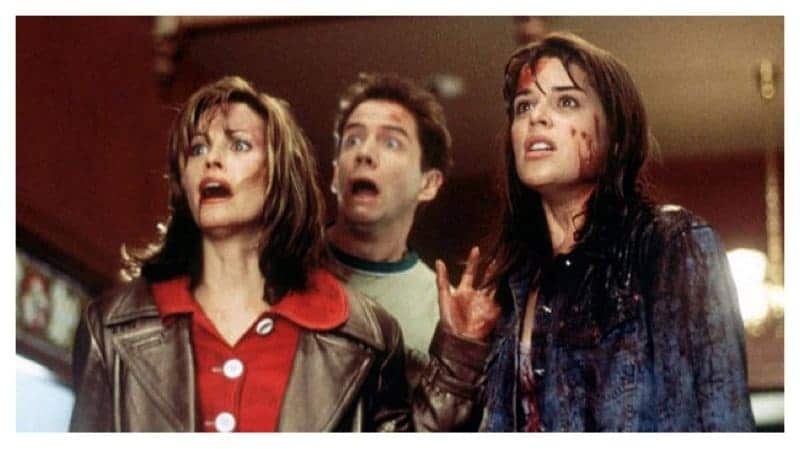 The title for the horror movie wasn’t always ‘Scream’. It was originally called ‘Scary Movie’. The Weinstein brothers, who were the head of the movie’s production company, Miramax decided to change it to ‘Scream’ after listening to Michael Jackson’s song of the same name. 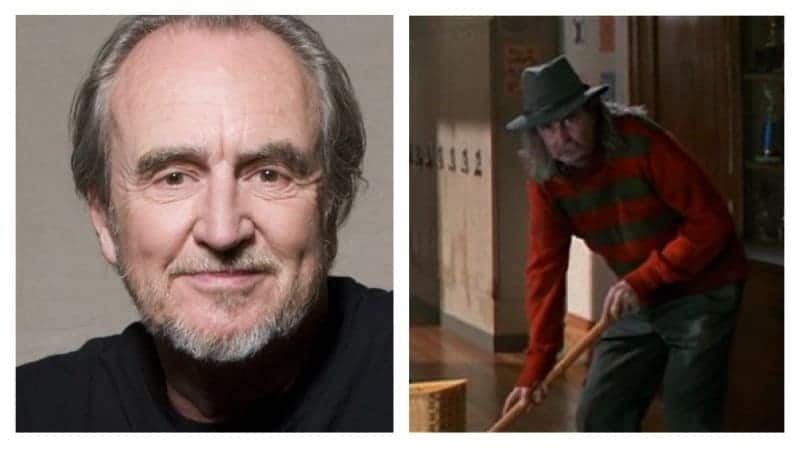 Director Wes Craven makes a cameo in the film as a janitor. He was dressed up in Freddy Krueger attire. 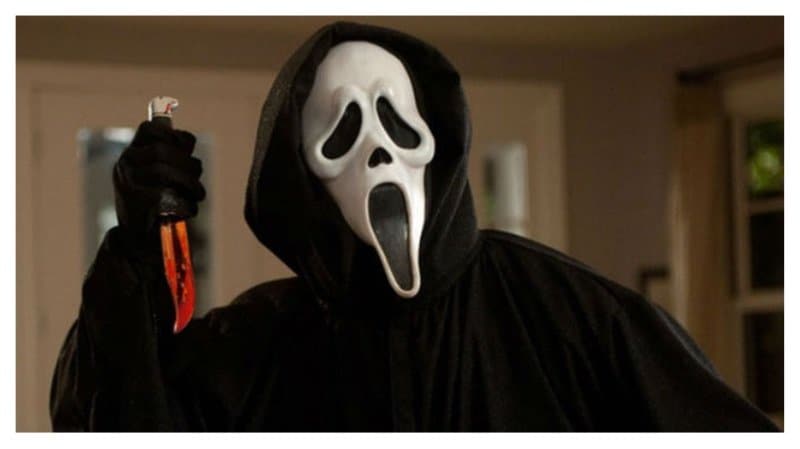 Producer Bob Weinstein hated the mask and thought it was idiotic. After watching Drew Barrymore’s death scene, he changed his mind and kept the now iconic mask throughout the film. 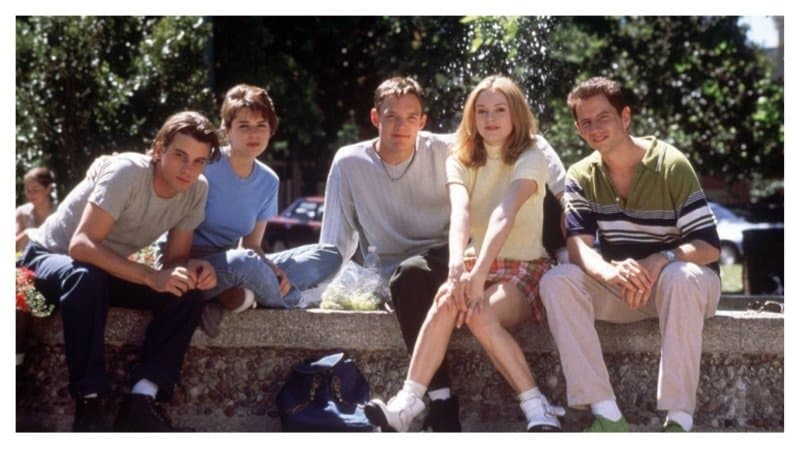 While the movie was deemed a slasher thriller, there were only a total of 7 deaths throughout the film. Those deaths were: Casey, Casey’s boyfriend Steven, Billy, Principal Himbry, Kenny, Stu and Tatum. 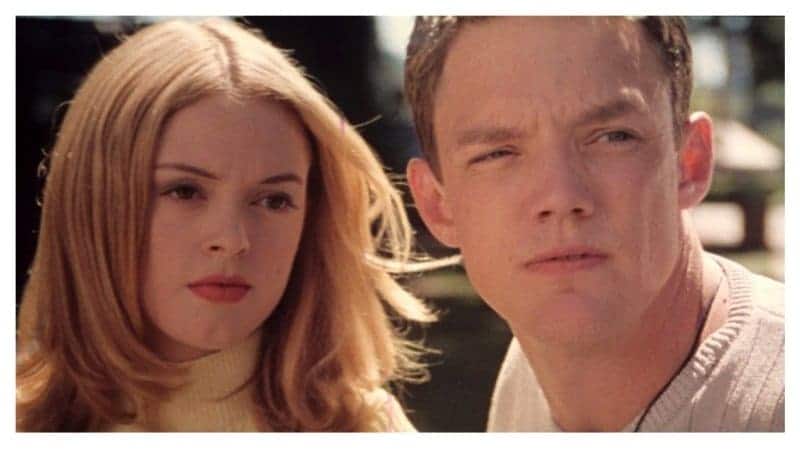 When Rose McGowan got the news that she would be playing Sidney’s friend, Tatum, she decided to dye her hair blonde. This decision was made because Neve Campbell was already cast as a brunette.

​Drew Barrymore Was The First Sydney 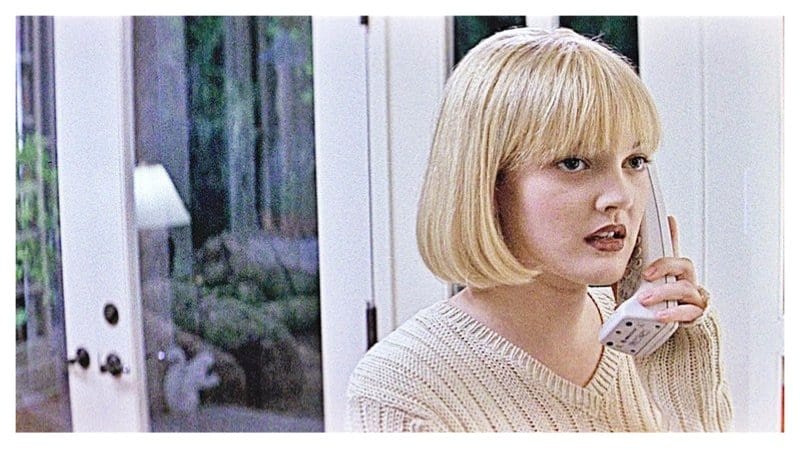 Drew Barrymore was originally supposed to play the role of Sydney Prescott. Instead, she decided to play Casey to show fans that if her character can die at the beginning of the movie, anything crazy could happen.

​Mask Based on a Painting 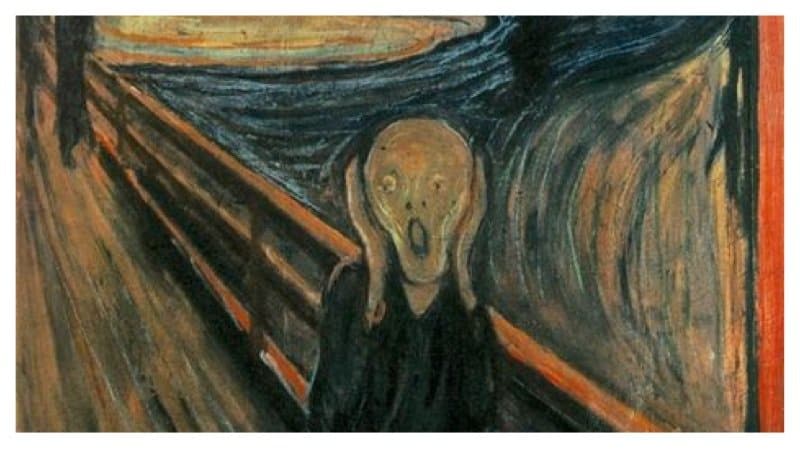 The famous ‘Scream’ mask is based on the famous painting, ‘The Scream’ by Edvard Munch. 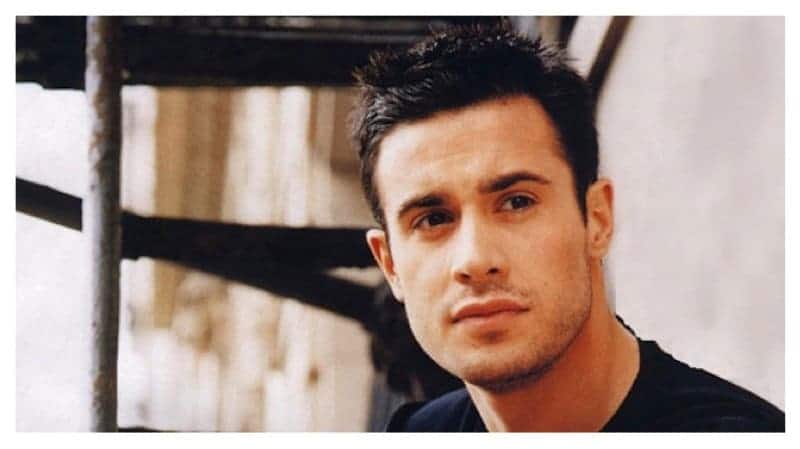 Freddie Prinze Jr. auditioned for the role of Stu. That role, of course, went to Matthew Lillard.

​The Party Scene Was Shot in 21 Days 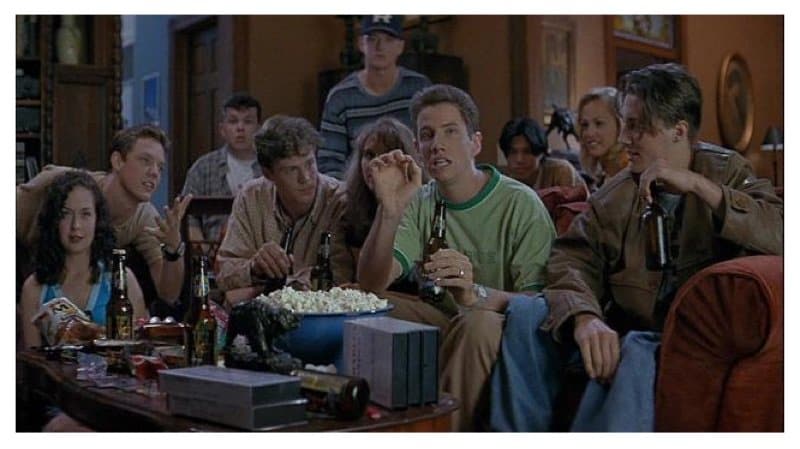 The last party scene where Jamie Kennedy’s character, Randy, gave his famous ‘how to survive a horror movie’ speech took 21 days to film. In reality the scene only lasted for 42 minutes. 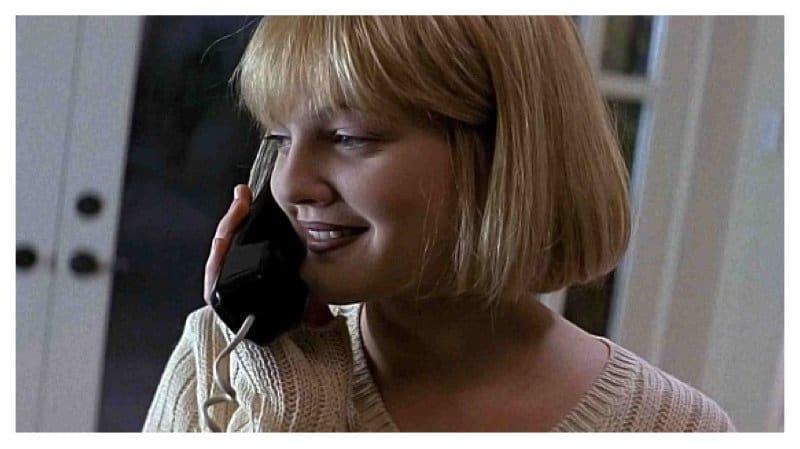 The iconic opening scene in ‘Scream’ with Drew Barrymore only took five days to shoot. Drew’s character, Casey was on screen for just 10 minutes. 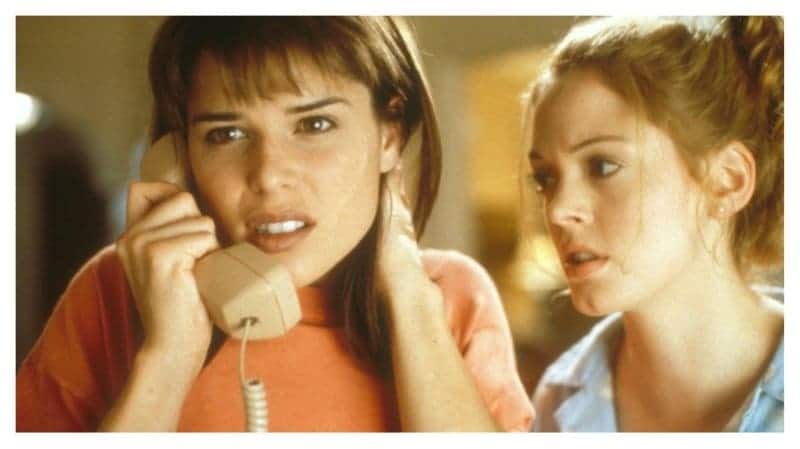 The film showcased that the killer calls were from anonymous people. After the release of the film, the sales for caller ID in the 90’s skyrocketed. 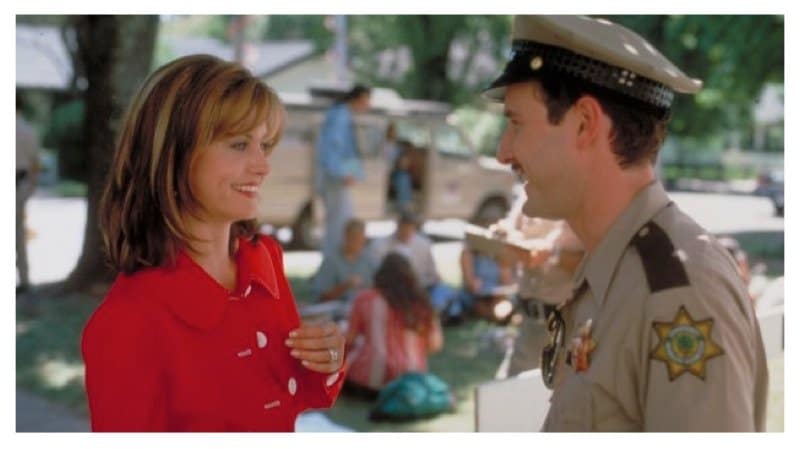 David Arquette and Courteney Cox first met while working on the film, the two later married, and had a child. They are, however, divorced now. 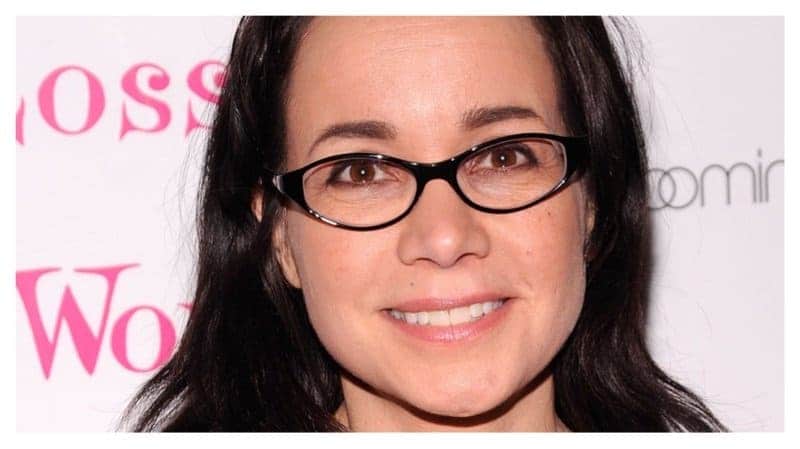 Janeane Garofalo was supposed to play Gale Weathers, but she turned down the role. The role eventually went to Courteney Cox. 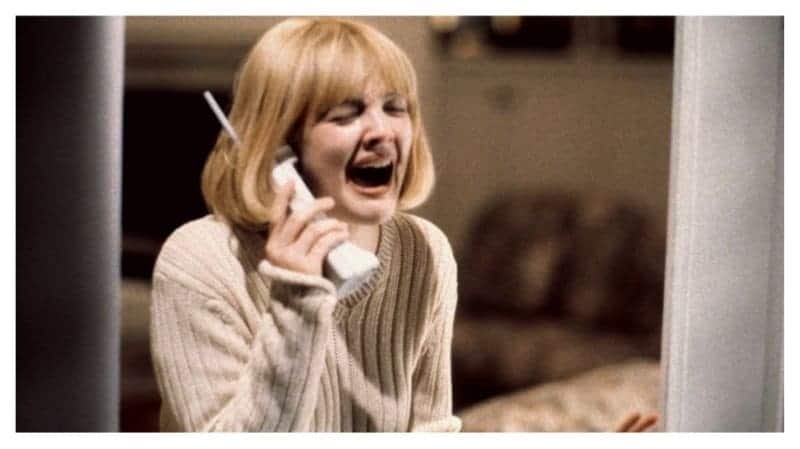 During her scenes as Casey, director Wes Craven told Drew Barrymore sad animal cruelty stories to keep her crying on camera. Drew Barrymore is an activist for animal rights.

​Screenplay Was Written in Three Days 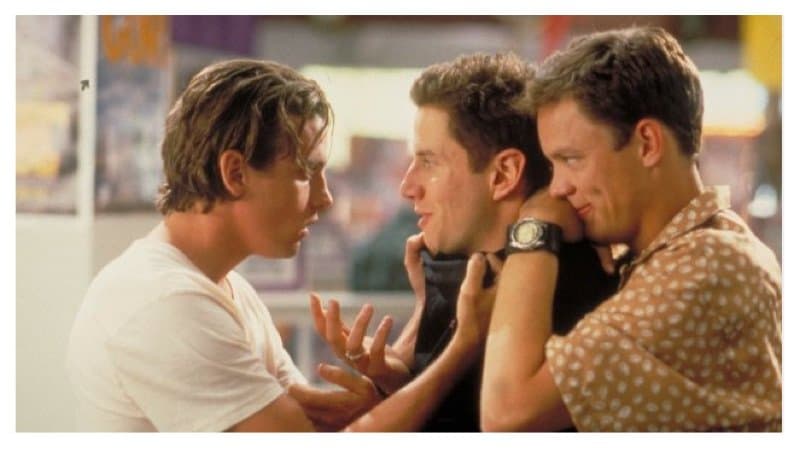 Kevin Williamson wrote the full-length script for ‘Scream’ in the course of three days. He even took time to write the screenplay for potential sequels. 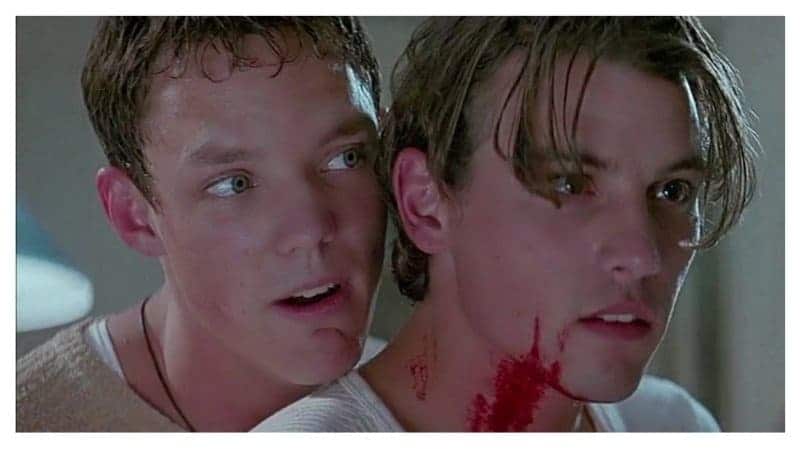 ‘Scream’ was originally given an NC-17 rating due to its horrific and gruesome scenes. After much needed editing, it was eventually given a rated R rating. 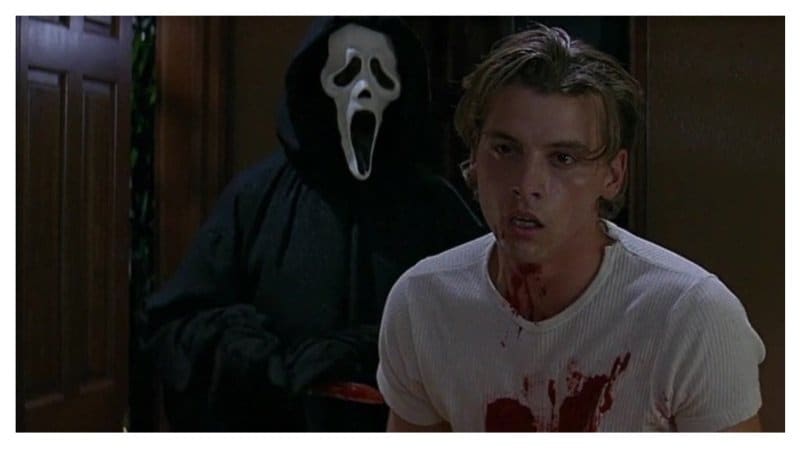 The person on the other end of the phone was Veteran voice actor Roger L. Jackson. He’s also known as the voice of Mojo JoJo on ‘The Powerpuff Girls’. 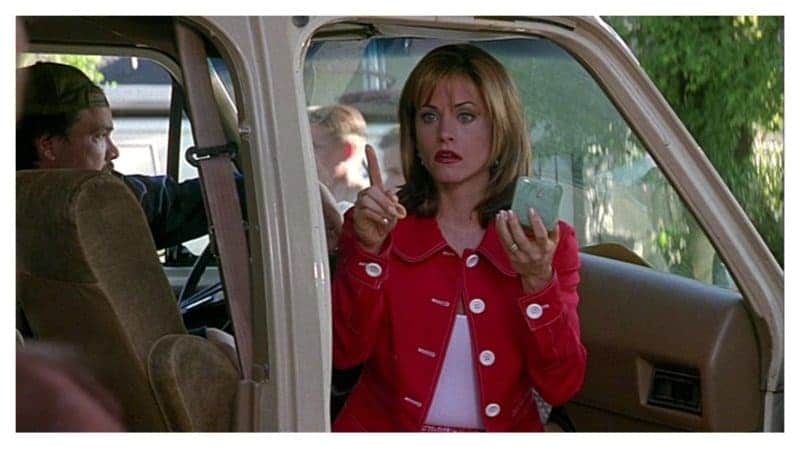 Originally, Wes Craven didn’t want to direct the film because the thought it was too violent. He eventually changed his mind. 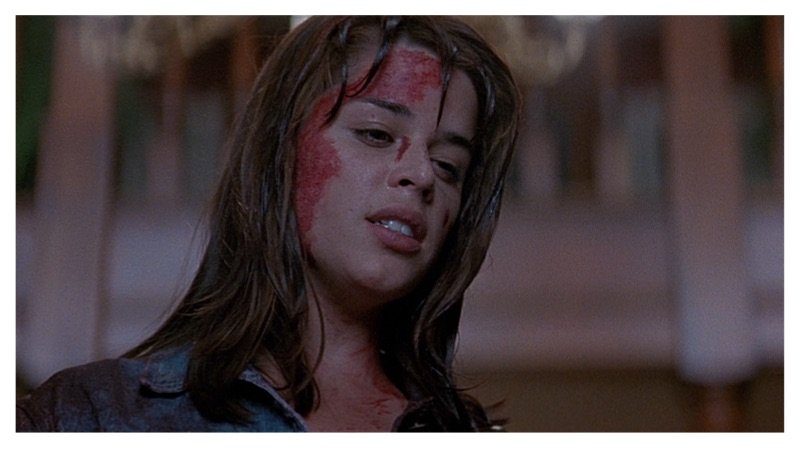 ‘Scream’ was released a week before Christmas in 1996. It made over $100 million dollars in the U.S., making it one of the most profitable horror films of all time.