20 Bizarre Uses For Coca-Cola That People Actually Use

Coca-Cola is one of the most popular soft drinks in the world. It is available to buy in more than 200 countries and dwarfs sales for most other drinks, selling an incredible 1.8 billion servings every single day. Despite its huge popularity as a tasty and refreshing way to hydrate oneself, it is also used for plenty of other purposes around the world. This shouldn’t be so surprising considering it was launched as a cure for certain ailments and was once marketed to help get rid of hangovers.

You’ve probably come across a few of these, such as cleaning coins and jewelry, but you might be surprised by some of the more imaginative and frankly odd uses for Coca-Cola all around the world. Regardless, read on to find out 18 bizarre uses for Coca-Cola, and maybe try some of these yourself. 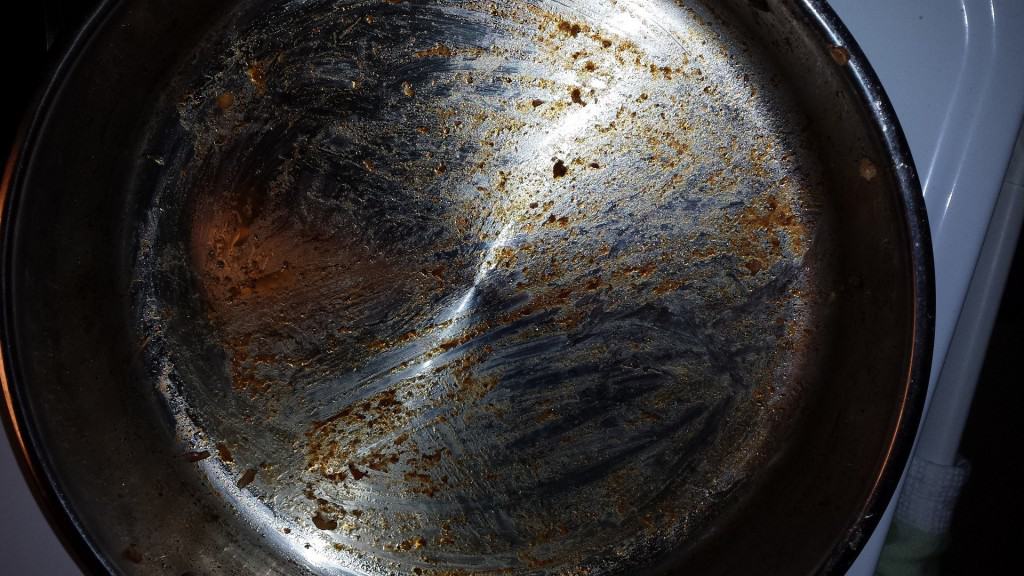 Sometimes pots can get a thin covering of a black substance if you burn food, leave the pan on the heat for too long or simply don’t clean them well enough. Once on, it can be almost impossible to remove without buying expensive kitchen cleaning solutions. Instead, let it soak in some Coca-Cola while heating it very slightly before then washing it as you normally would. The black dirt should be far easier to get rid of now. 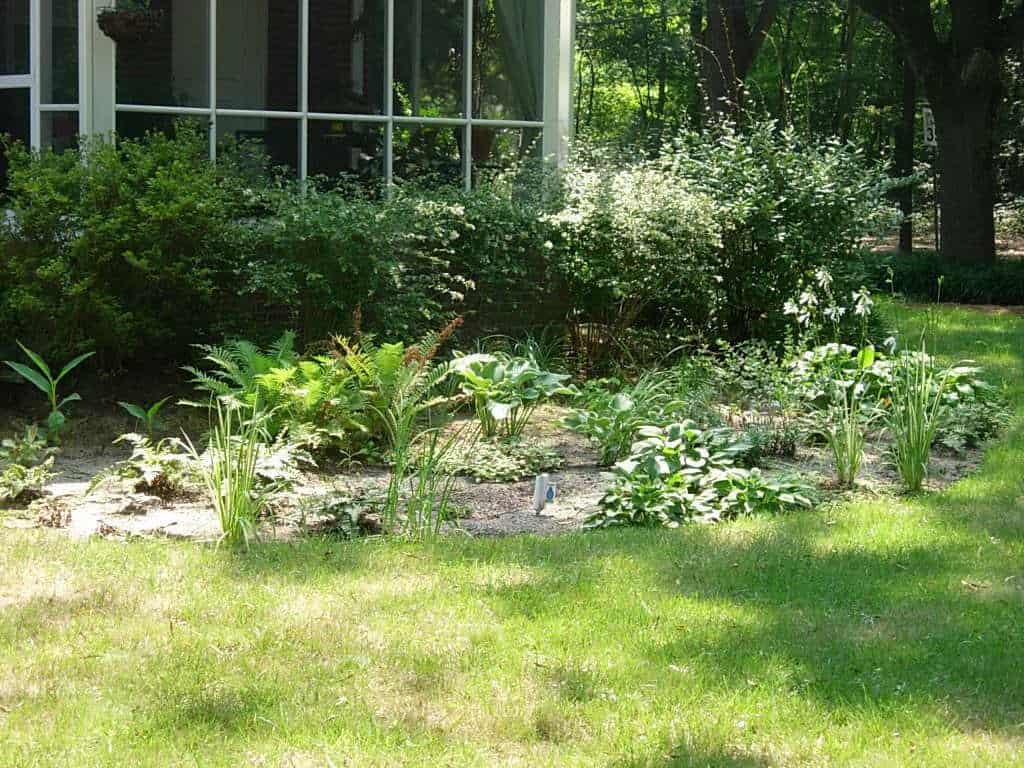 While most garden experts would not advise pouring Coca-Cola or other sugary drinks onto plants, because the sugar actually prevents them from being able to absorb important nutrients, the soda can help in certain circumstances. Coca-Cola can be especially useful for flowers that grow best in acidic soil, though it’s best to use diet variants that don’t contain as much sugar.

Get Rid Of Pests 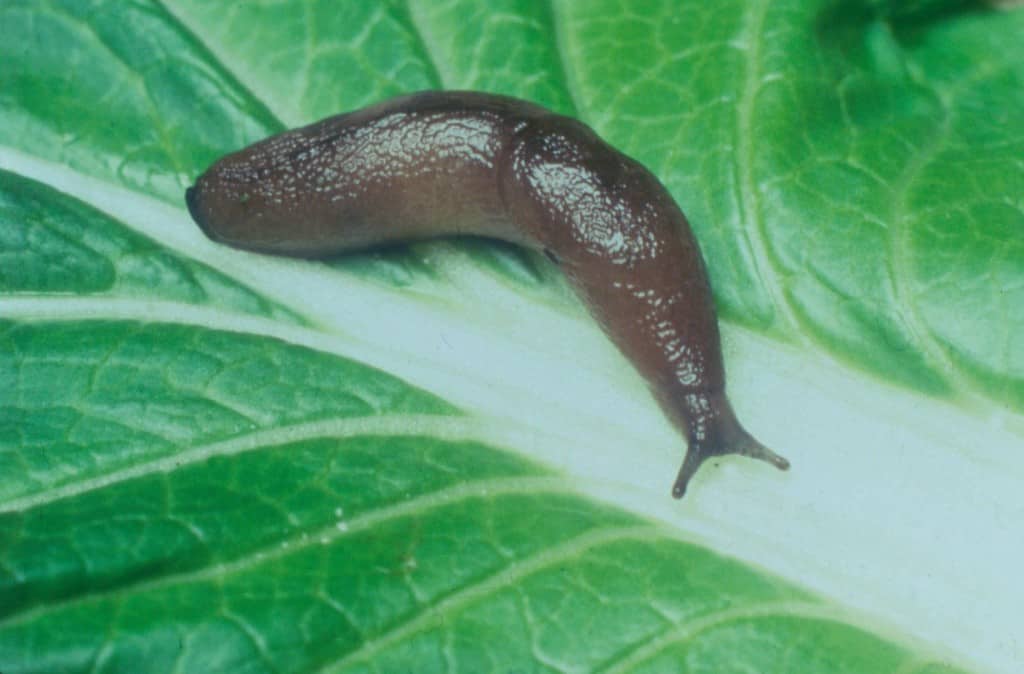 Gardens can make perfect homes for pests such as slugs and snails, the creatures will often wreak havoc and destroy much of the plant life that has been carefully grown. While it’s possible to use pesticides to kill the pests, it is just as easy and far cheaper to use Coca-Cola. Leave a bowl of the soda in the garden and the pests will no longer be a problem. 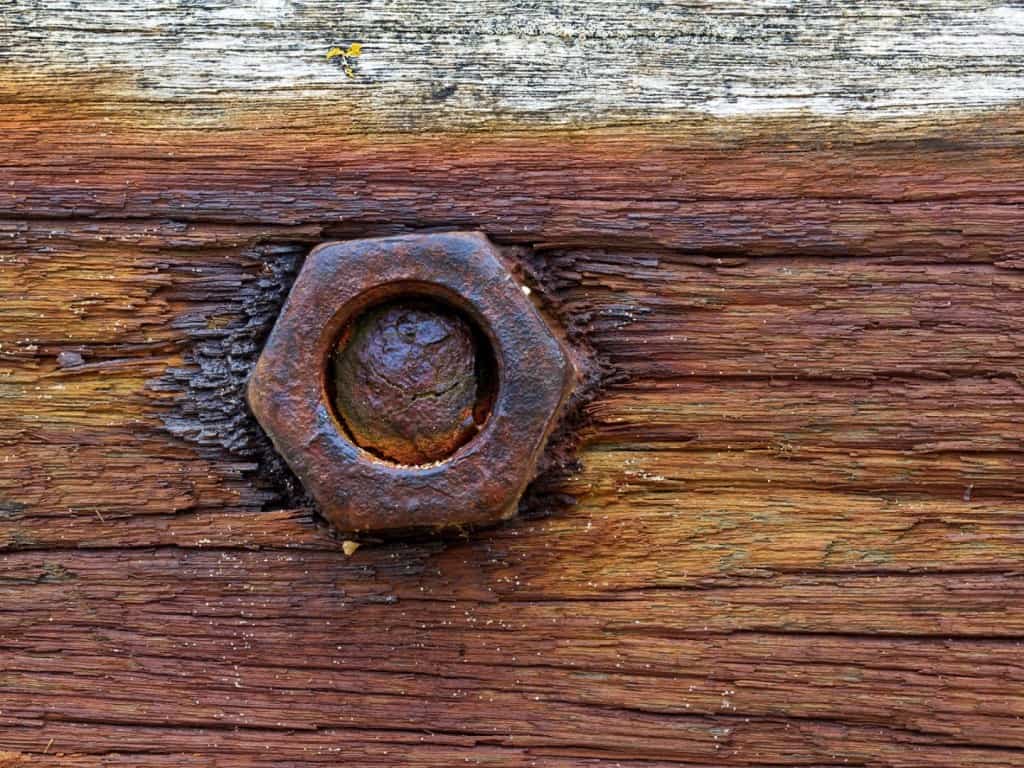 The ingredients in Coca-Cola also make it suitable for cleaning up rust on a variety of metal objects. People regularly soak items in some coke overnight and then brush or clean them in the morning, with the rust able to be removed far more easily than it would have otherwise. It can also help with rusted bolts that can’t be loosened. 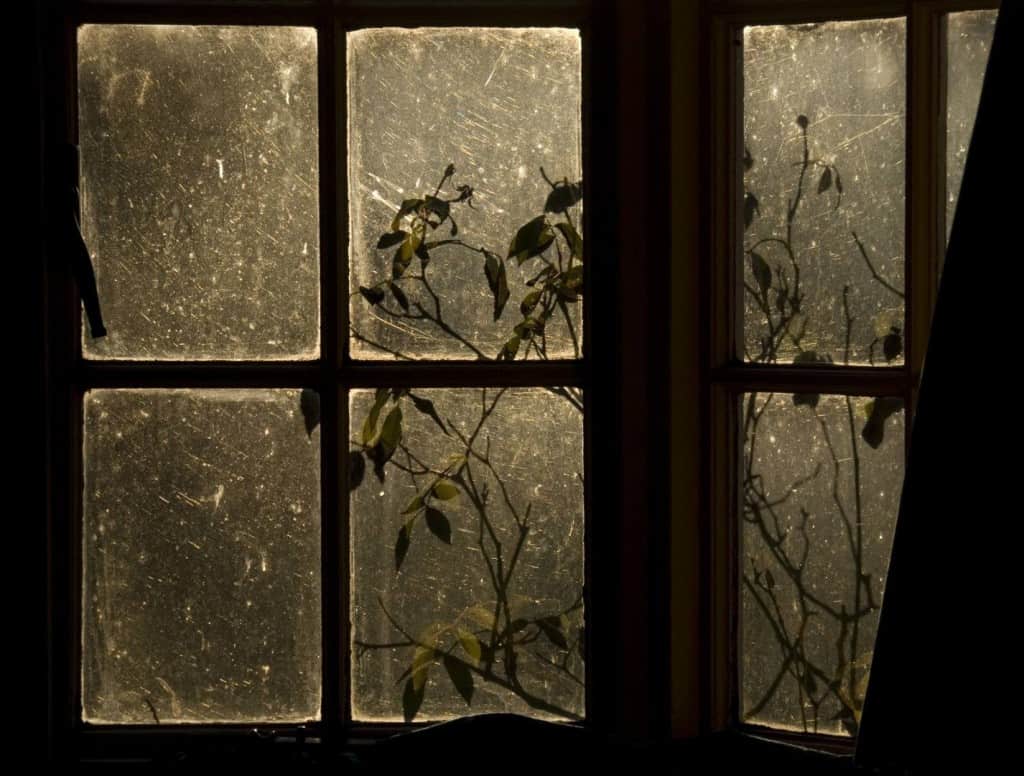 Have a dirty window that you have to clean but don’t have any shop-bought window cleaner available? Then try using Coca-Cola, simply pour a small amount over the window and then rub clean with a damp cloth to ensure that none of the drink is left behind as it can become sticky if it isn’t removed from the glass. 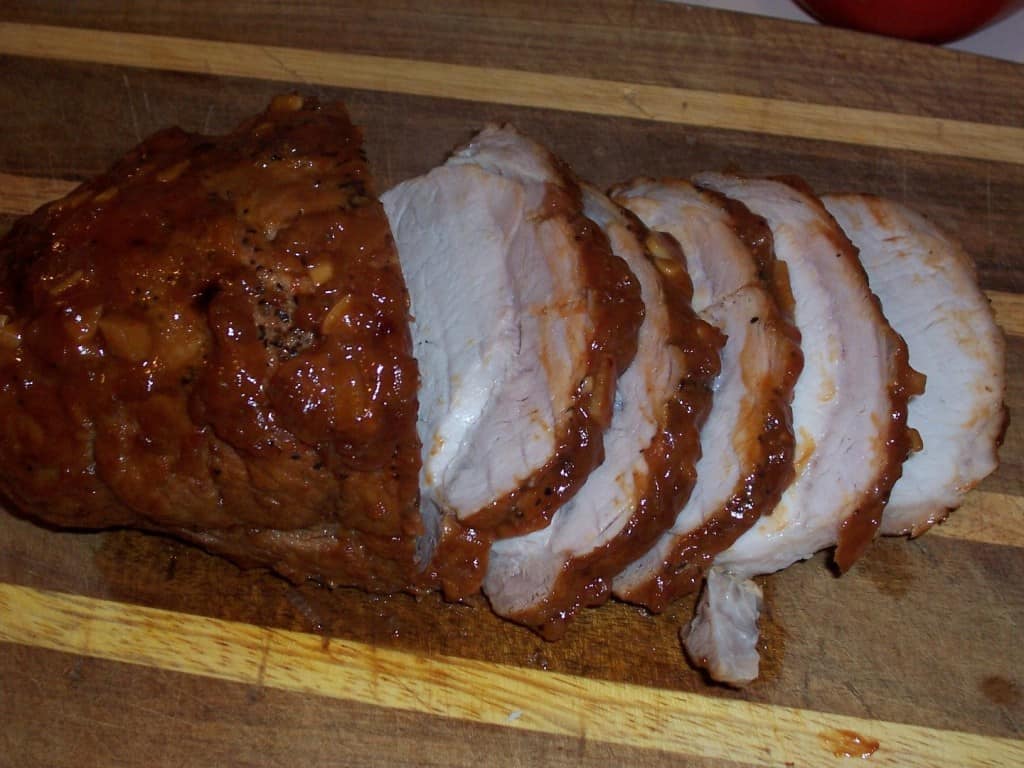 While it may seem strange to use Coca-Cola in the cooking process as it is primarily a drink, that hasn’t stopped plenty of people coming up with interesting recipes that use the soda. Some of the most innovative include mixing the fizzy drink with sauces to create new flavors or to marinade food like chicken with it. The sugar caramelizes and can give a tasty coating. 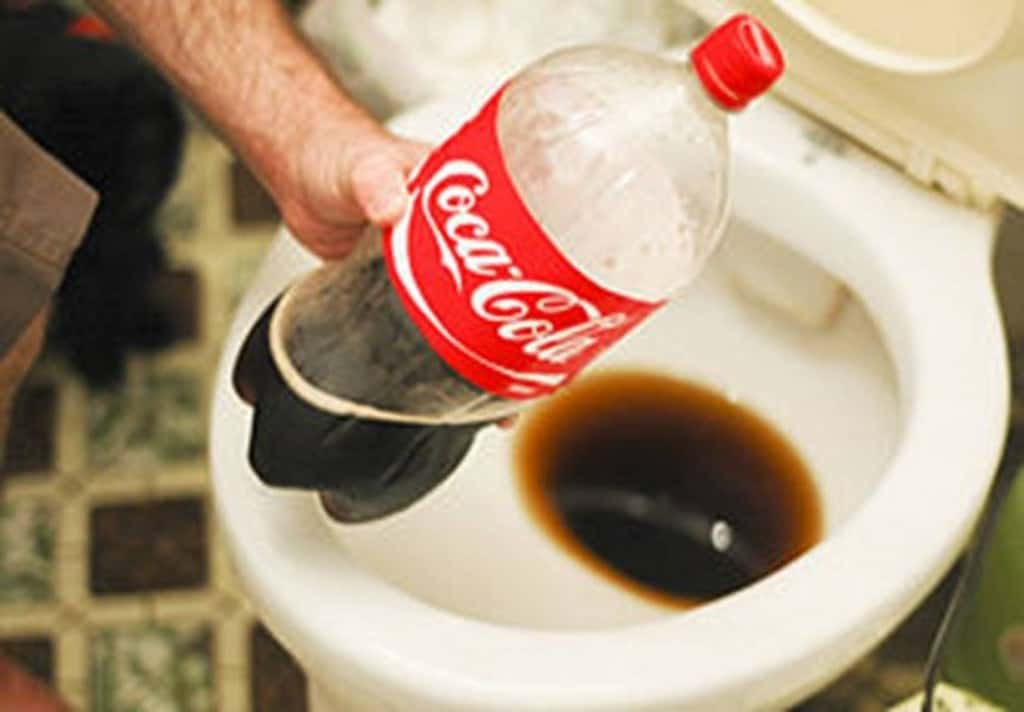 Perhaps the worst of all household chores, cleaning the toilet is never a pleasant experience and can be an arduous task thanks to the dirty stains and grime that can line the surface. In the absence of expensive toilet cleaners, you can pour down a can of coke into the bowl and leave it for an hour. When you return to scrub the toilet with a brush, the dirt should be easily removed and it should look far brighter and whiter than ever before. 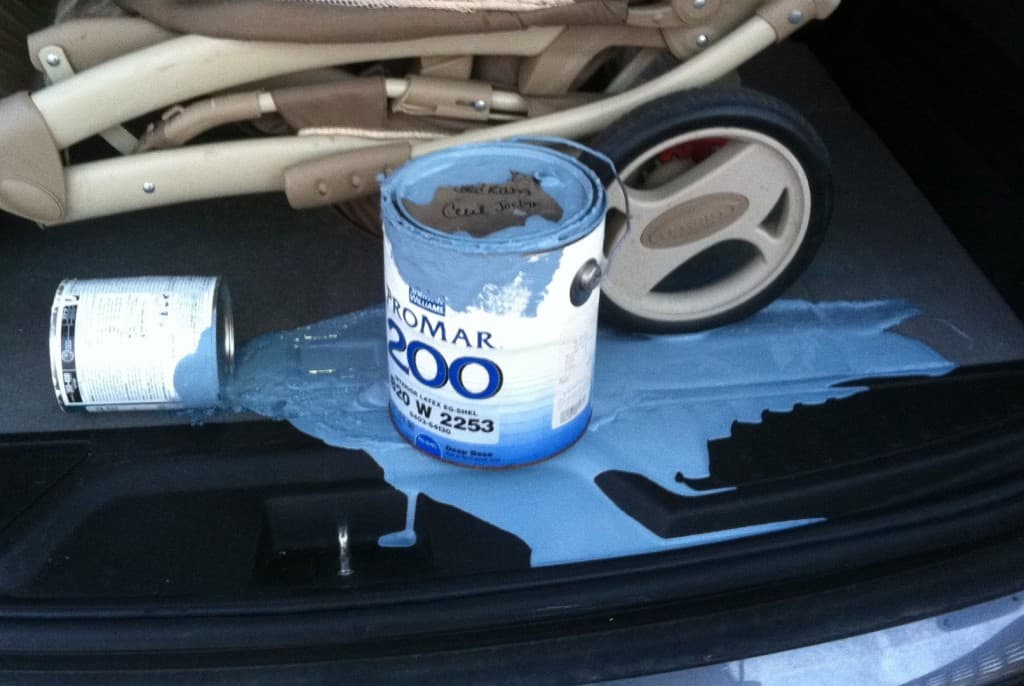 Painting can be a pretty messy activity and if you haven’t covered up your furniture it is possible that some paint may spill onto surfaces. Once dried, it can be incredibly tricky to get off without damaging the item even more. In the case of metal surfaces or furniture, covering up the paint with a towel or cloth soaked in Coca-Cola can help to dissolve the paint and make it easier to wipe off.

Get Rid Of Skunk Smell 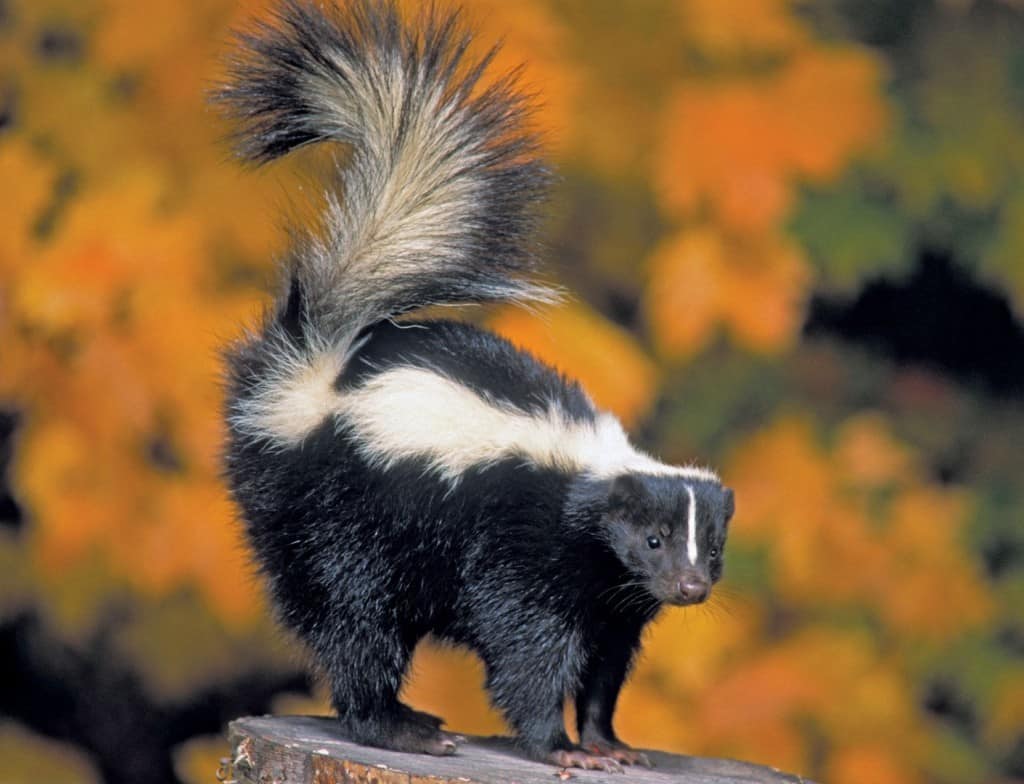 Being sprayed by a skunk is never a pleasant experience and the problem is only made worse by the fact that the smell can seem impossible to get out of your clothes, hair and body. According to several experts, Coca-Cola can do just that though. Soaking clothes in a mixture of coke and detergent will help get them smelling fresh again while covering yourself in the drink in the shower before rinsing off can also get rid of the odor. 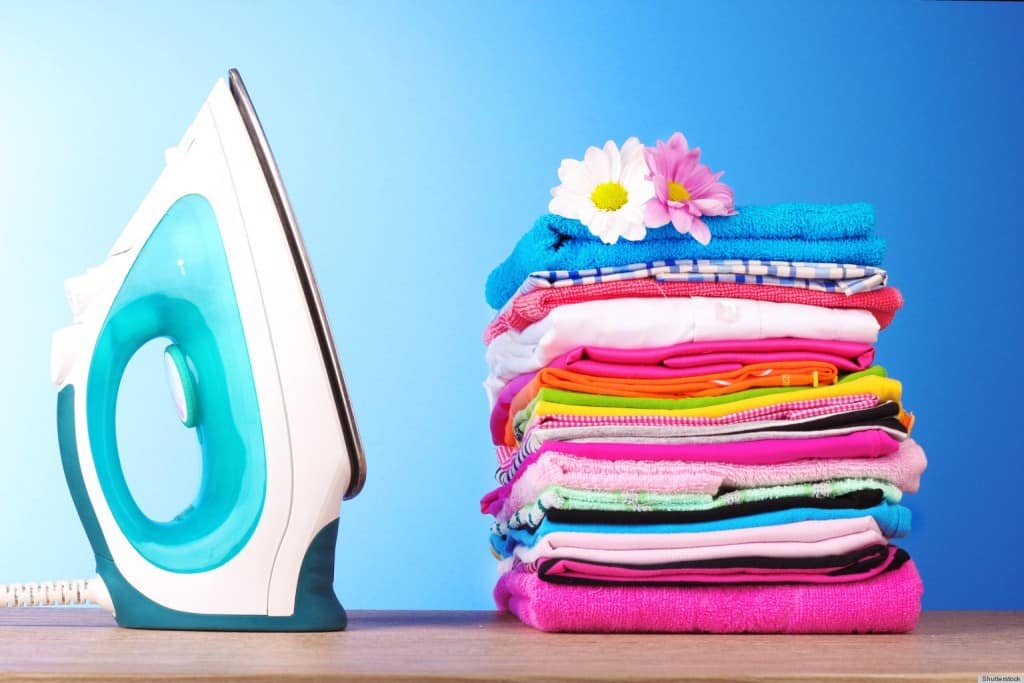 Coca-Cola cannot just help with getting rid of skunk smells from clothes though, it can also help to clean them. The chemicals and ingredients provide a good way to remove stains from clothes that normal detergent won’t get out, like blood or grease. You can either soak the clothes in some of the soda before a wash or pour some in along with the detergent and let the machine do its job. 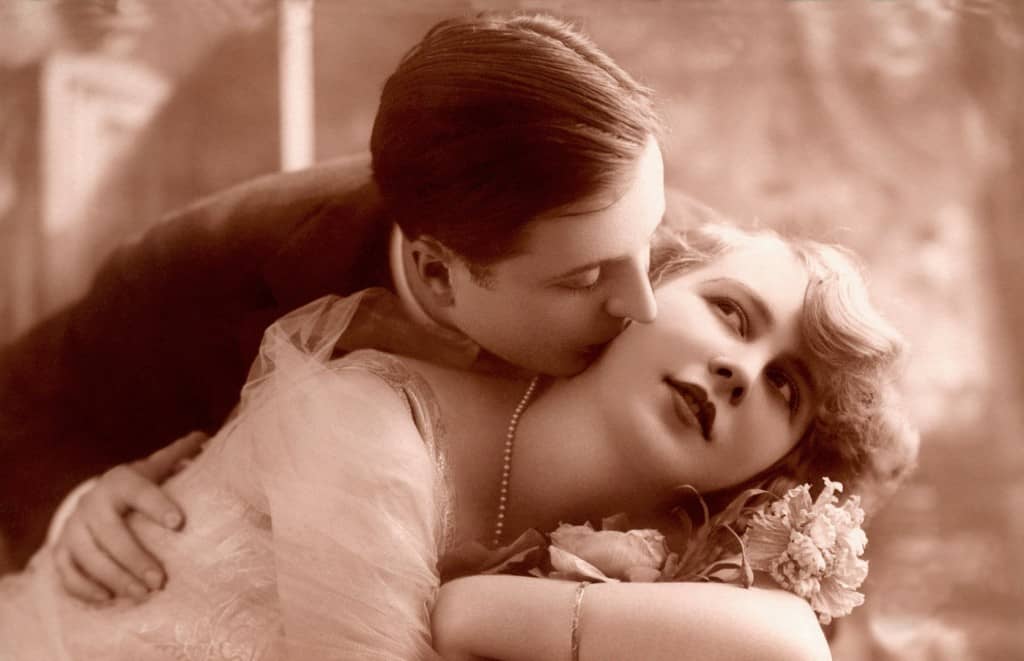 Ever wanted to make a photograph appear as if it was taken decades ago rather than in the last few years or make a document look as if it is actually vintage? Well those effects can be mimicked pretty easily simply by soaking the paper or photo in some coke and then letting them dry out. This should give them a tinged look as the Coca-Cola will stain then with a light brown coloring. 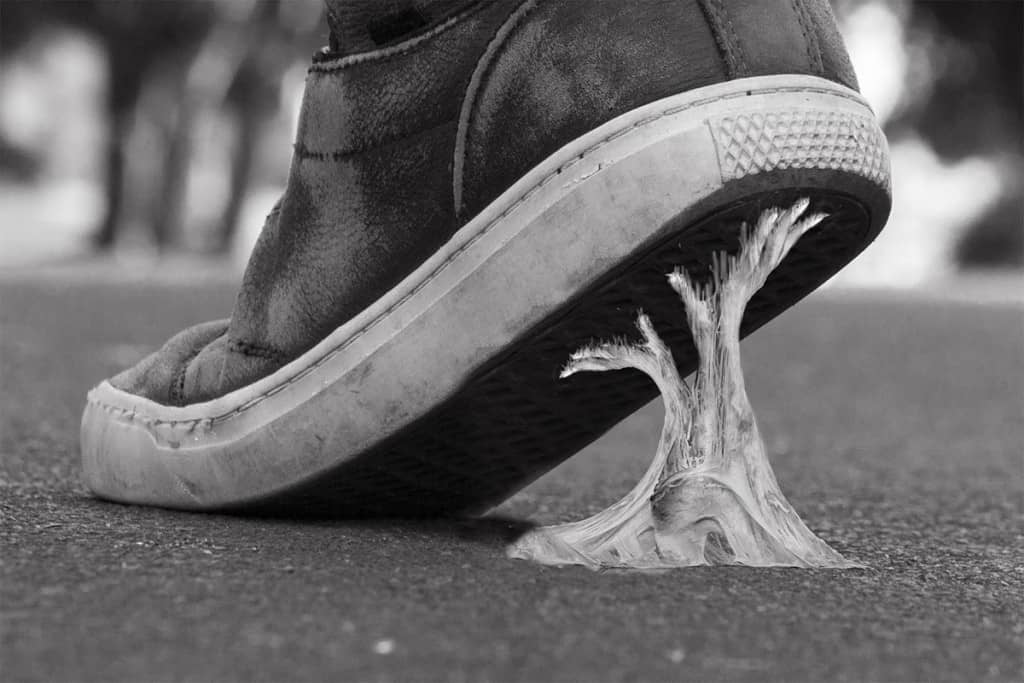 Walking down the street can be a constant hazard thanks to chewing gum that is often thrown away on the floor rather than in a bin. Once left to dry and harden, gum will generally take a lot of hard work and effort to remove from clothing or shoes. One simple way to help get the substance off is to soak the item in the drink and then scrape it off. It even works with hair. 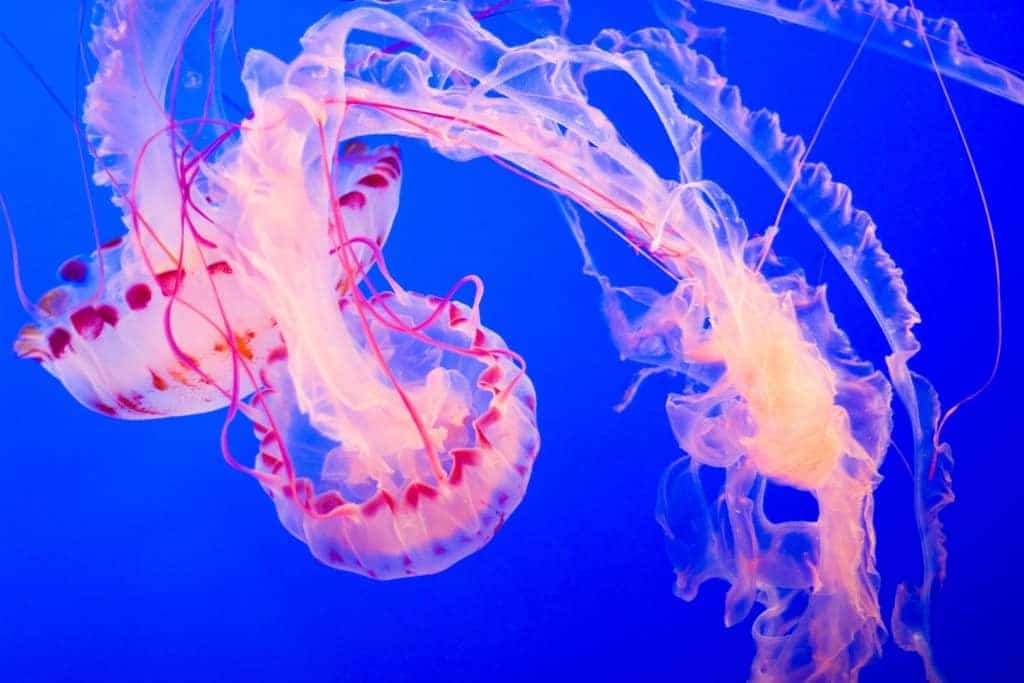 While there is still plenty of debate on the internet over the effectiveness of urinating on a jellyfish sting to help reduce the pain, one other and far less gruesome way to combat the pain is to simply pour Coca-Cola onto the injury. Some of the chemicals in the soda should ease the pain and if you are on a busy beach, at least one person will likely have some Coca-Cola on them. 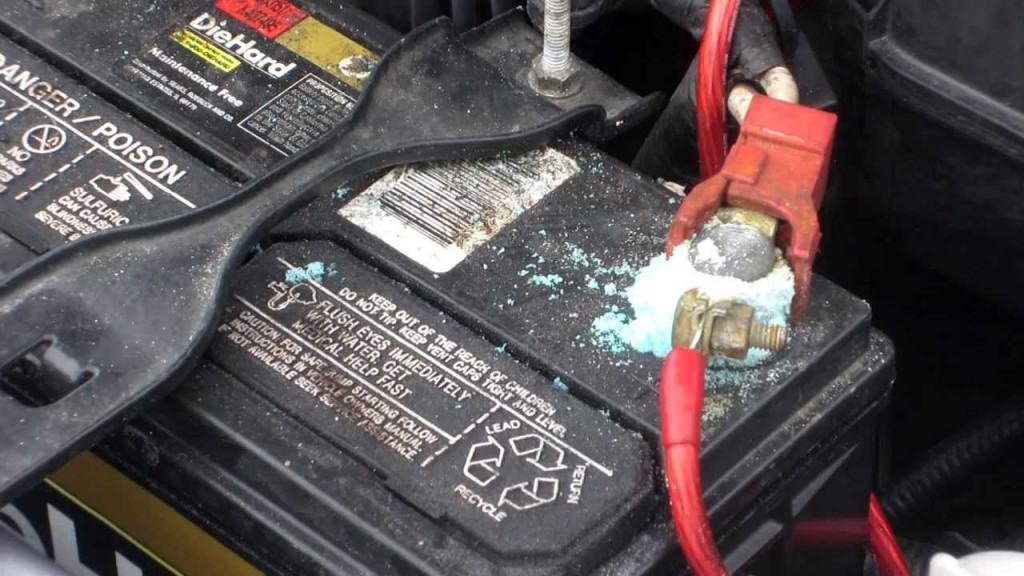 One thing that every driver wants to avoid when they are travelling is the car not starting because the terminals on the battery have become corroded. Without a spare battery or access to a garage, it might seem like you’ll never be able to get going again but a can of Coca-Cola can help immensely. By pouring a small amount of coke onto the terminals you can easily scrub off the corrosion and then reconnect the terminals and be on your way. 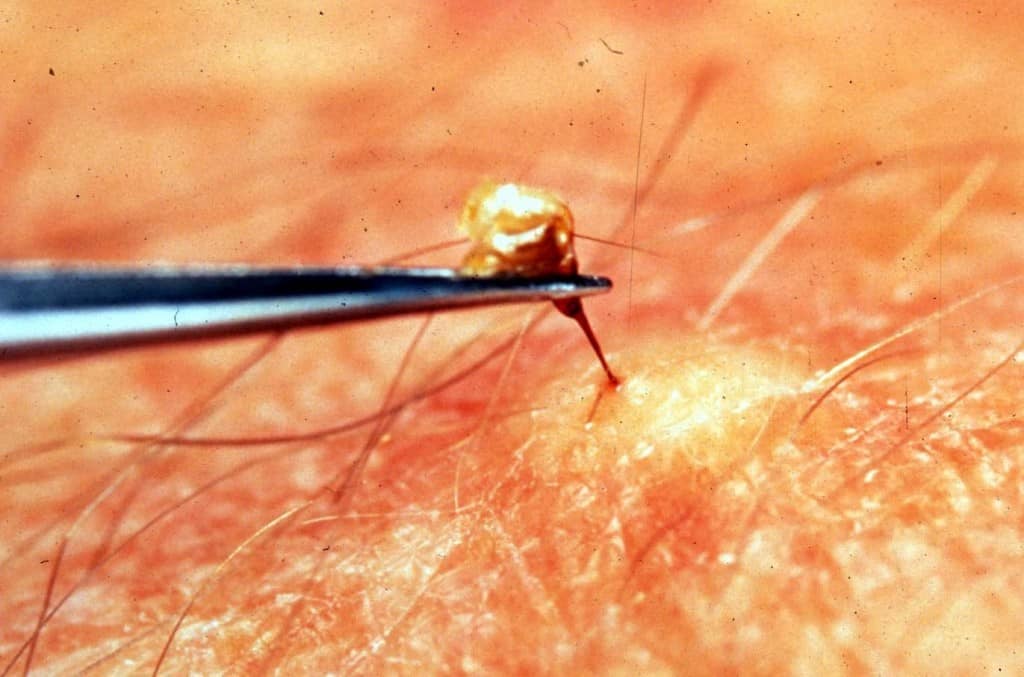 As well as reducing the pain from Jellyfish stings, Coca-Cola can also help ease the pain and treat bug bites or bee stings. This is due to the small amount of phosphoric acid in the drink that can stop venom from being released and therefore ease the pain, although it isn’t as good a solution as other household substances like vinegar. 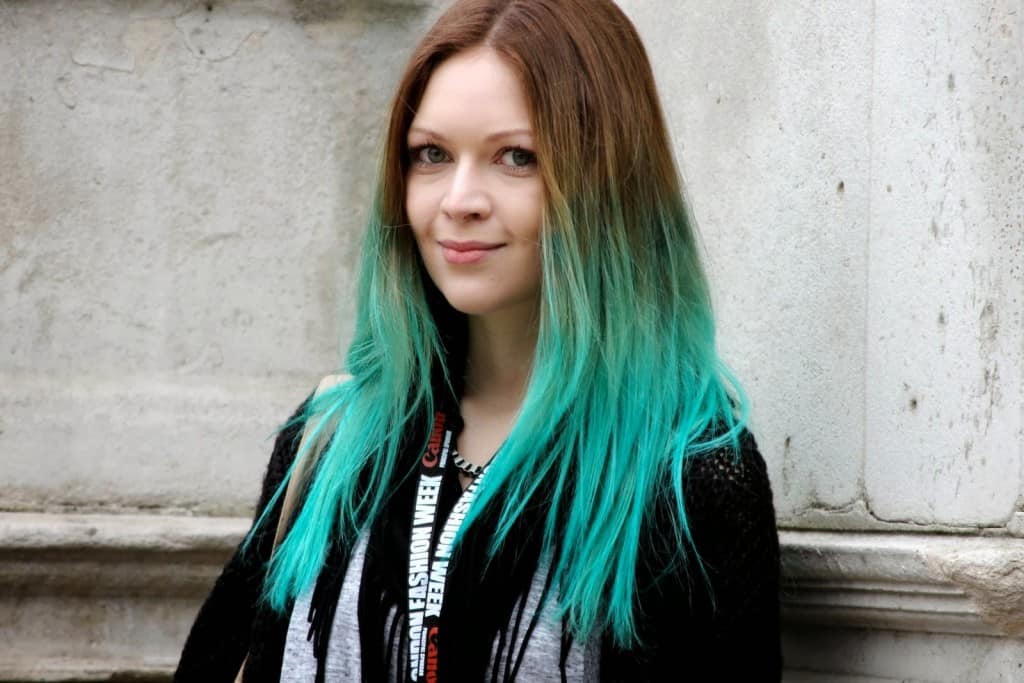 It can be difficult to get the shade exactly right when dying hair, leave the solution on for too long and you can easily make your hair darker than you wanted. A useful tip used by many women is to soak the hair with Coca-Cola and then wash it out with shampoo containing vitamin C. This should help to remove some of the dye and make your hair appear lighter. 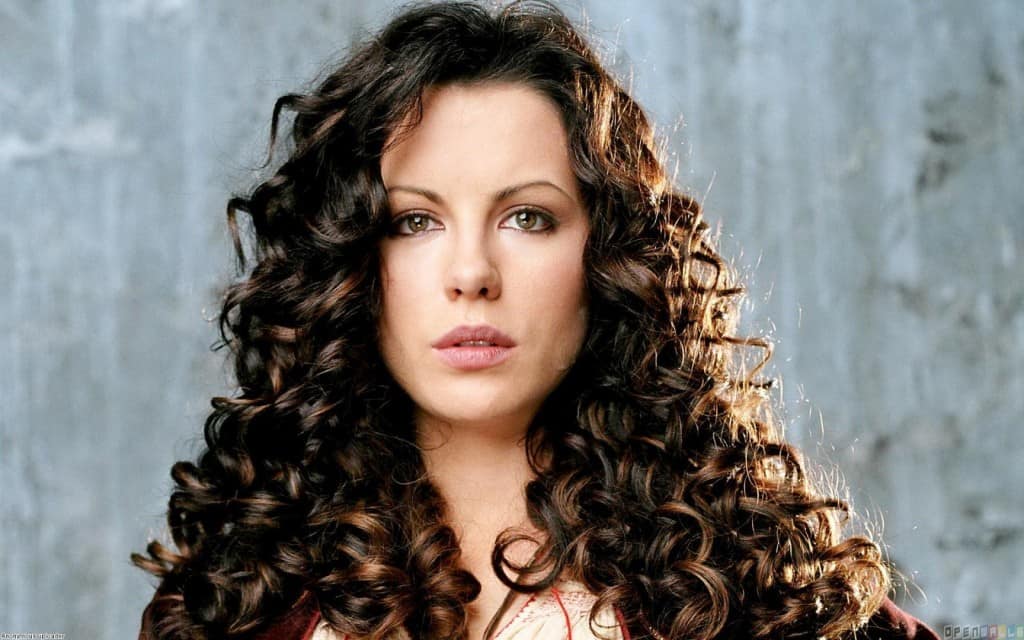 While Coca-Cola will not make straight hair curly, it can certainly help to enhance naturally curly hair and make it appear shinier and smoother. This is primarily the result of the phosphoric acid content in coke, which when soaked on hair will cause it to contract and tighten. Washing your hair with coke and leaving it for around 10 minutes before washing out with shampoo to get all of the soda out should help.

As A Medical Treatment 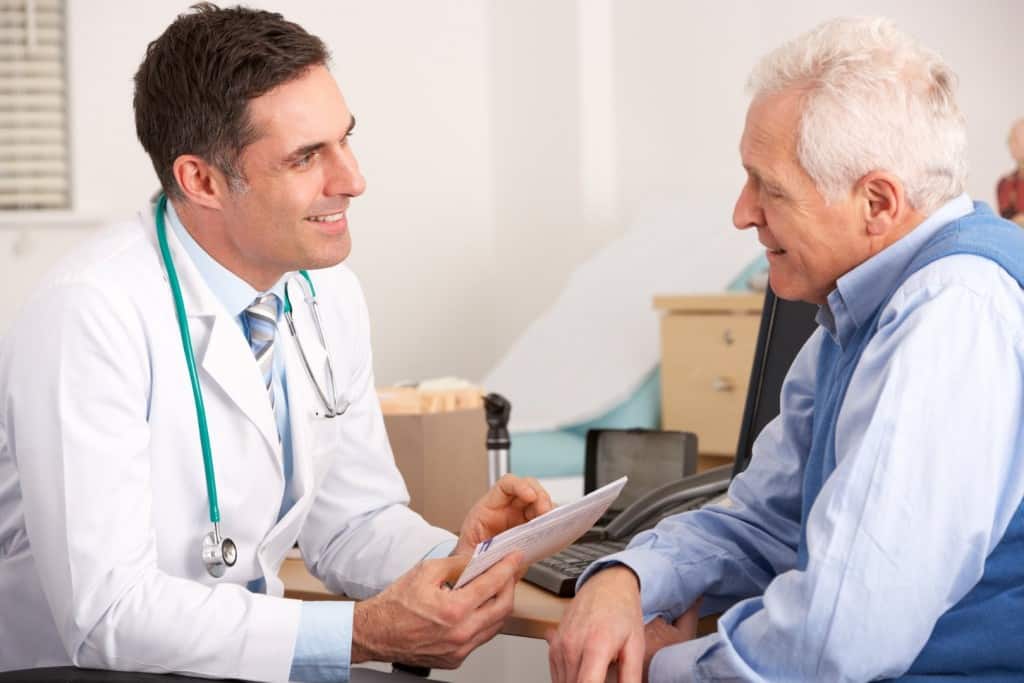 Doctors are beginning to advise patients suffering from gastric phytobezoar to drink Coca-Cola after several studies showed that drinking the soda can be an effective treatment in 50% of cases. The medical complaint is essentially a mass in the stomach of indigestible plant matter that can cause pain and nausea. While it’s unknown exactly how the coke helps, it provides relief from pain and can help to dissolve to mass. 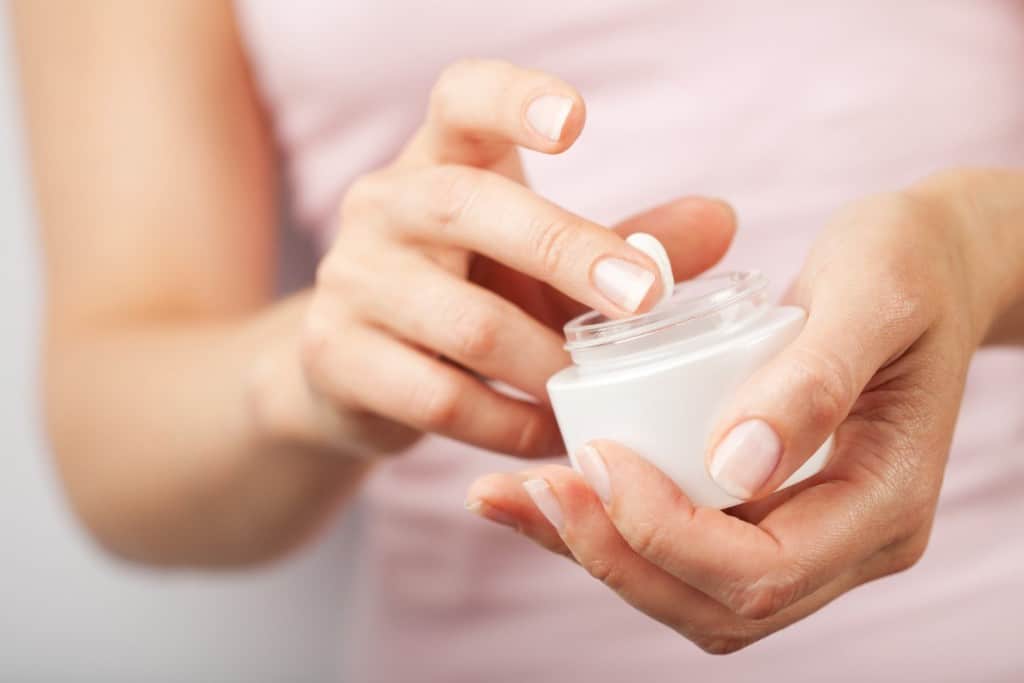 While there is very little evidence that Coca-Cola has any beneficial effects on the skin or that it can be used as a beautician tool in any way, there are still some people who swear on using the drink to help moisturize their skin. The most common directions indicate that you should mix in a tablespoon of flat coke into the cream you normally use, with the end result apparently being smoother skin. 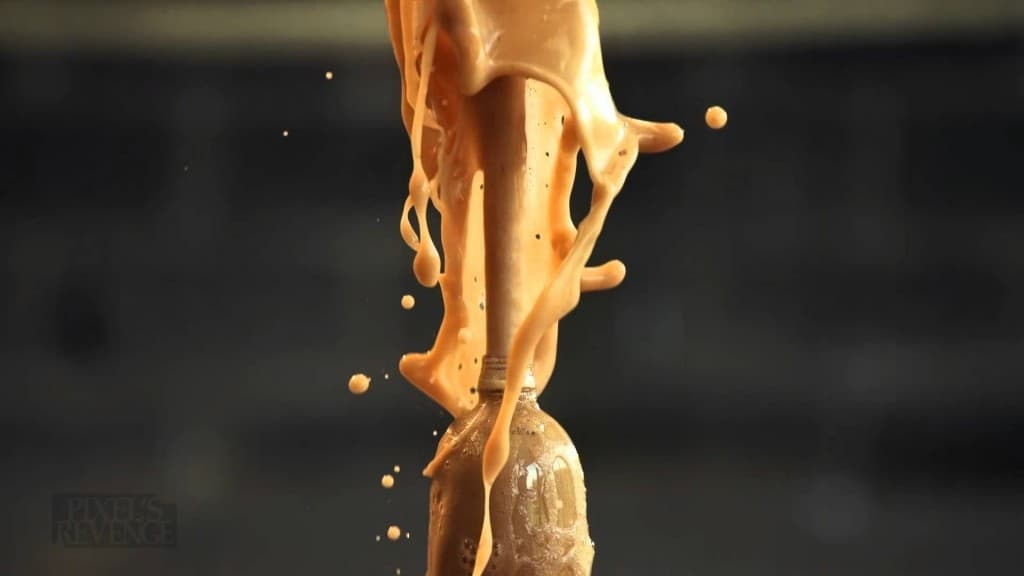 After a few videos were posted online showing what happens when Mentos are dropped into diet-Coke, the practice has gone viral online and now there are thousands of videos uploaded online. They range from simple bits of fun to full blown pieces of art, involving hundreds of bottles of coke and careful planning.