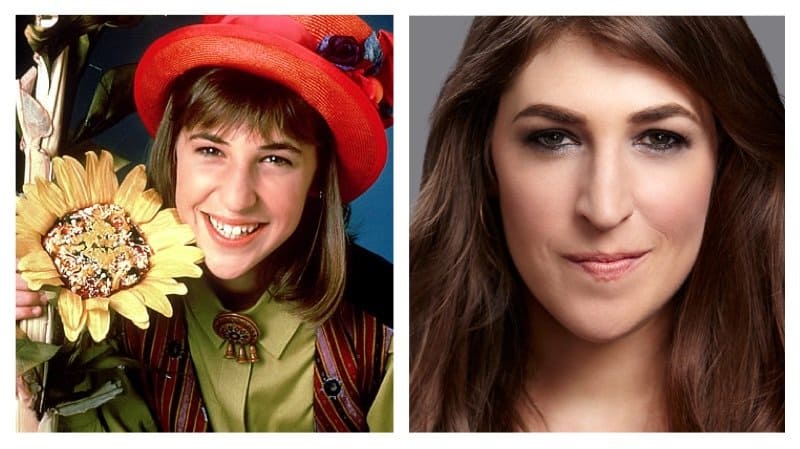 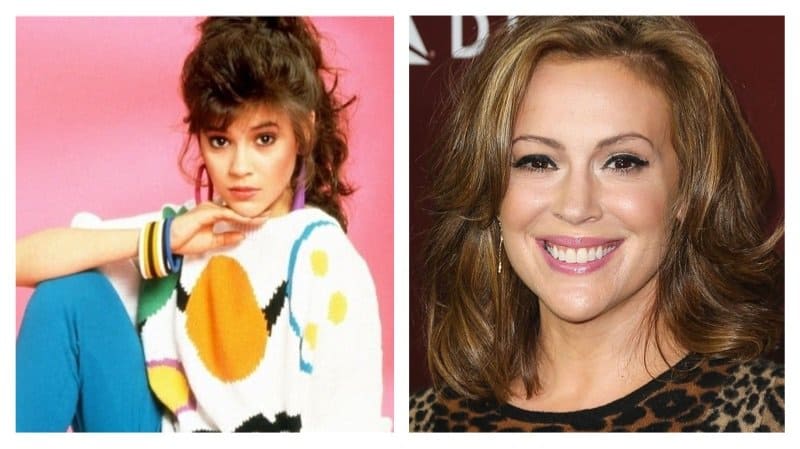 Alyssa Milano got her start in the 1980’s ABC series, ‘Who’s the Boss’ starring as Samantha Micelli. After the show ended Milano transformed from child star to adult and starred in Melrose Place, Charmed and Mistresses.

Besides acting, Alyssa Milano is a humanitarian and was appointed Founding Ambassador for Global Network for Neglected Tropical Diseases. 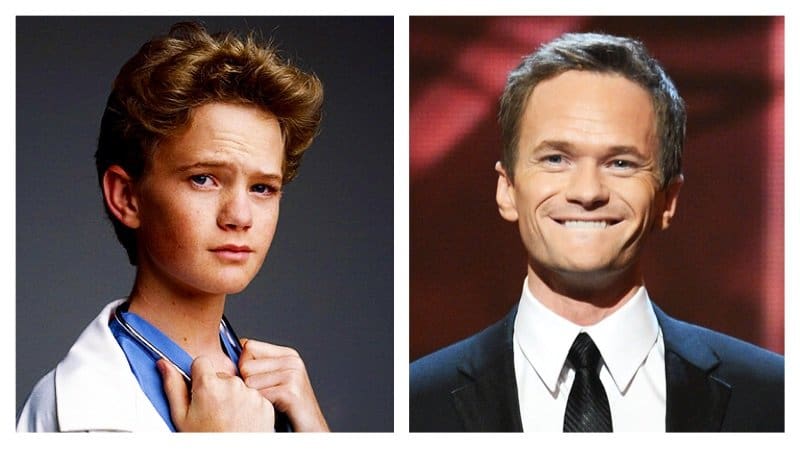 Neil Patrick Harris became a household name after starring in Doogie Howser, M.D. The 41-year-old actor is now an Award winning actor that is for his role as Barney Stinson in How I Met You Mother. 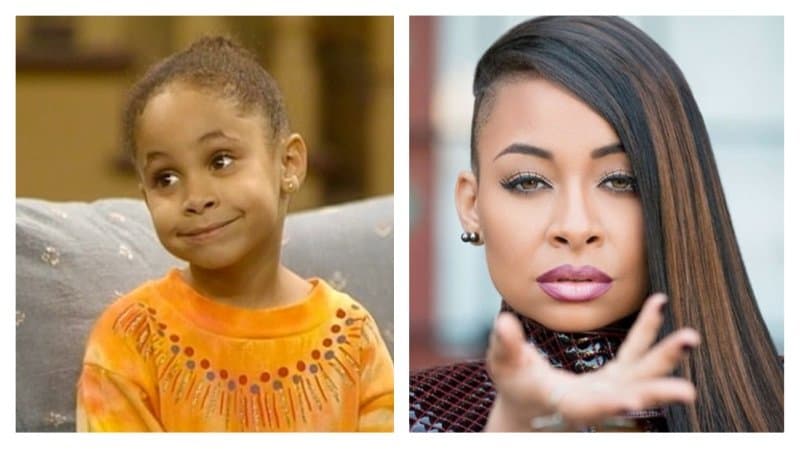 After portraying Olivia Kendall on The Cosby Show in the early 90’s, Raven-Symoné went on to become a big star. She later starred in Hangin’ with Mr. Cooper as well as her own series on the Disney Channel called That’s So Raven, Dr. Dolittle and Disney’s The Cheetah Girls movie saga. 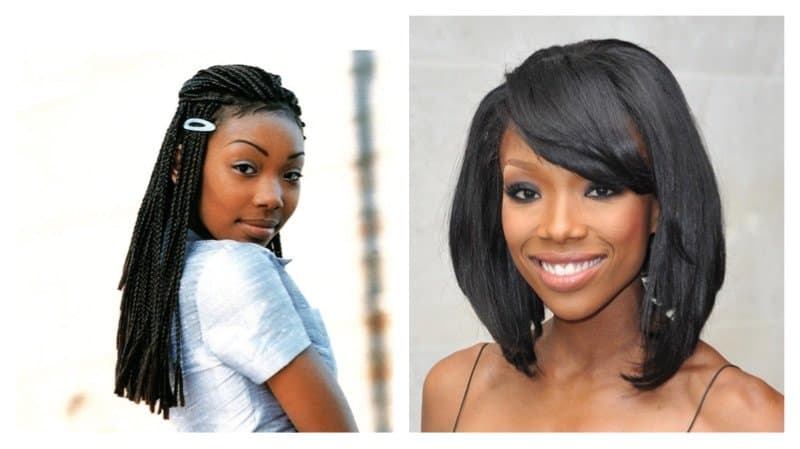 Brandy once had a role in the ABC series, Thea before it was cancelled. She later got a record deal at the age of 14 and released a self-titled debut album that featured the hit singles I Wanna Be Down and Baby. After the success of her album, Brandy was offered a role in the UPN series, Moesha starring as the show’s title character.

During her time on Moesha, Brandy starred in a few hit movies such as Cinderella, I Still Know What You Did Last Summer, and Double Platinum. Brandy can currently be seen starring as Chardonnay on BET’s ‘he Game. 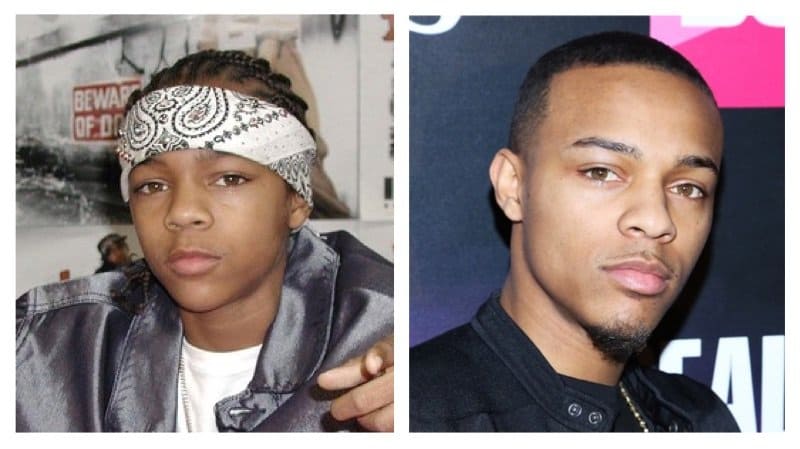 The artist formerly known as Bow Wow came on the scene in 2000 at the age of 13. He instantly became a teenage heartthrob and sold millions of records and sold out arenas on the Scream Tour. Shad Moss starred in movies such as All About the Benjamins, Roll Bounce, Like Mike and Lottery Ticket. 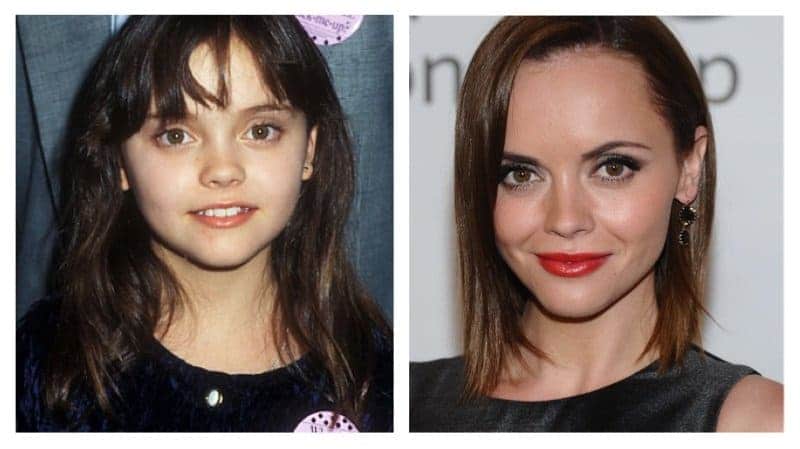 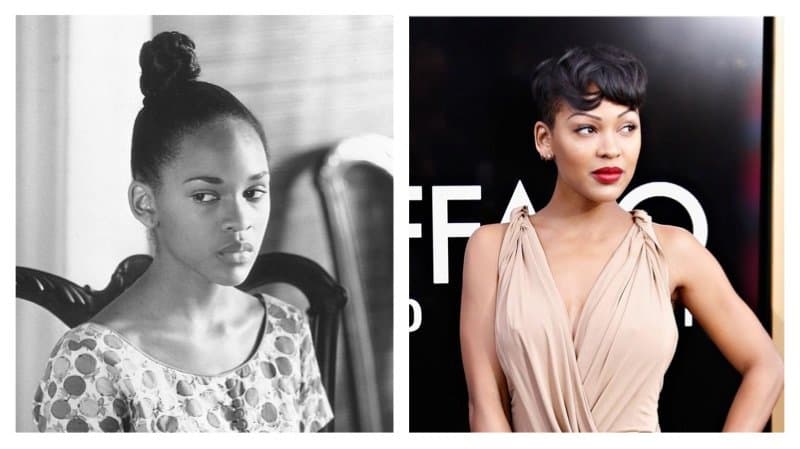 Meagan Good made a name for herself in Hollywood with her breakthrough performance as Cisely Batiste in the 1997 movie Eve’s Bayou. Good later starred in the 1999 Nickelodeon show Cousin Skeeter.

Meagan Good has had a steady career throughout the millennium and was most recently in Anchor Man 2: The Legend Continues and Think Like a Man Too. 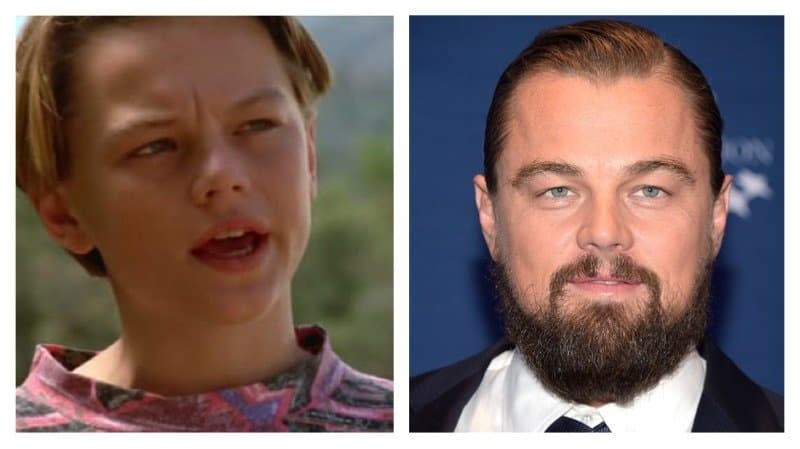 Before becoming an Academy Award nominated actor, Leonardo DiCaprio starred in the 1990’s show Growing Pains. DiCaprio made the transition from child to adult actor after delivering a stellar performance in the 1997 film, Titanic, which has since become one of the world’s highest grossing films.

The 40-year-old has starred in award winning films such as The Great Gatsby, Django Unchained and most recently, The Wolf of Wall Street. 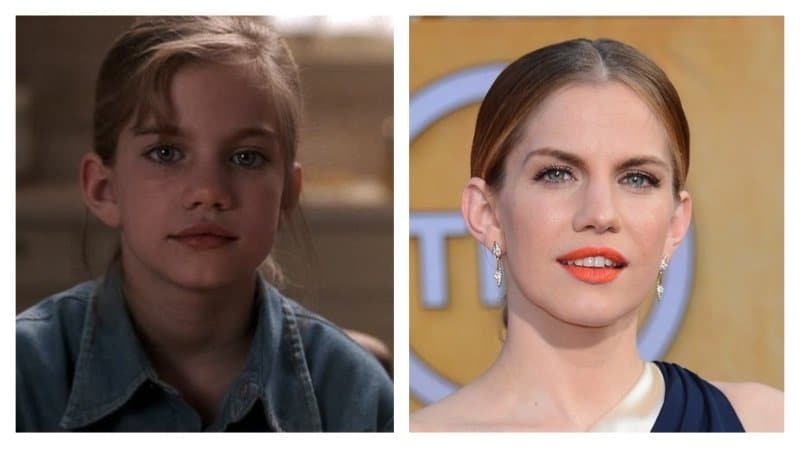 Anna Chlumsky is known to most as Vad Sultenfuss from the movie My Girl and its sequel, My Girl 2. Chlumsky decided to leave acting behind at enrolled at the University of Chicago.

She most recently starred in HBO series, Veep where she was nominated for a Primetime Emmy Award for Outstanding Supporting Actress in a Comedy Series. Anna Chlumsky has had guest starring roles in Law & Order: SVU, Hannibal and White Collar. 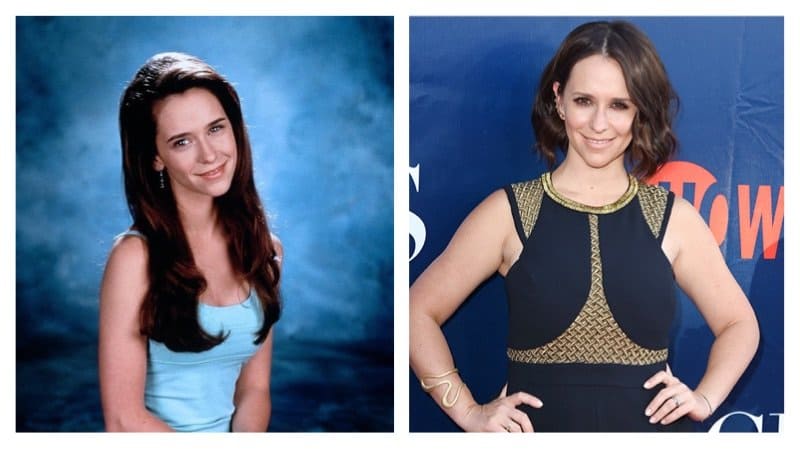 Hewitt later starred in the CBS series, Ghost Whisperer until its cancellation in 2010 and the Lifetime movie The Client List. Jennifer Love Hewitt is now expecting her second child with her co-star and husband, Brain Hallisay. 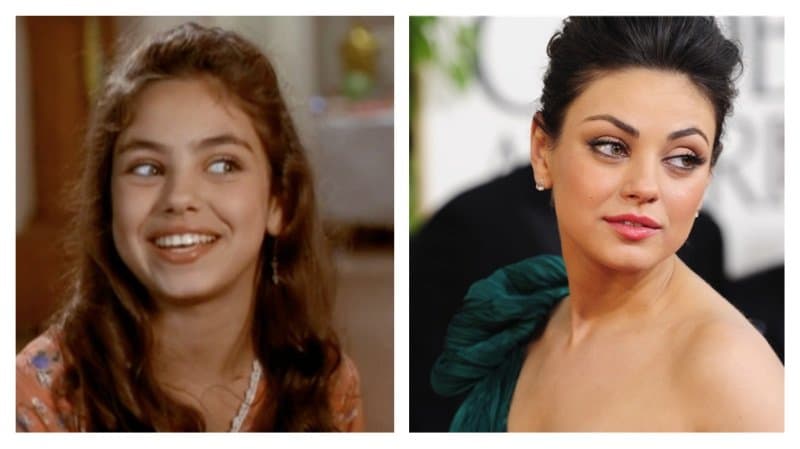 Mila Kunis began her career as a model and appeared in many commercials and TV shows. At the age of 15, Kunis began her role as Jackie Burkhart on That 70’s Show. In 1999 she began lending her voice in the animated series, Family Guy as Meg Griffin.

Mila Kunis is now engaged to her former That 70’s Show co-star, Ashton Kutcher. The two welcomed the birth of their daughter Wyatt Isabelle last October. 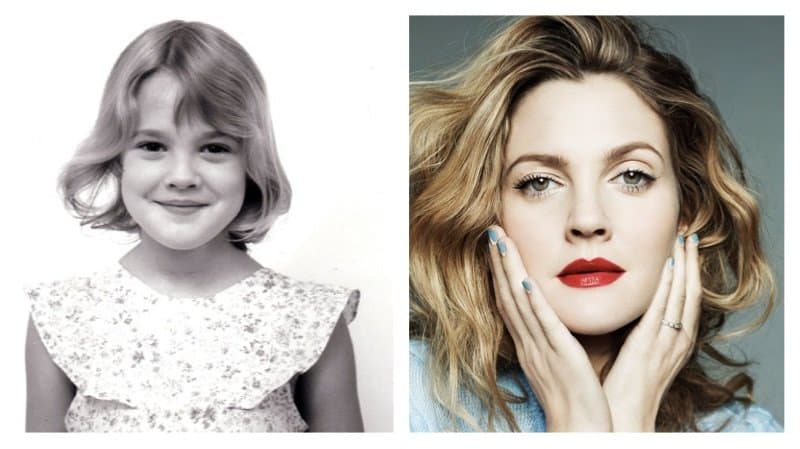 Drew Barrymore had a breakout role in the 1982 Steven Spielberg film, E.T. the Extra-Terrestrial. She instantly became a child star. After having two stints in rehab due to alcohol and drug abuse in her teens, Drew Barrymore was able to get her life and career back on track.

Barrymore most recently starred in the 2014 film, Blended and is currently filming a new movie, Miss You Already. When she isn’t acting, Barrymore is behind the scenes producing movies. 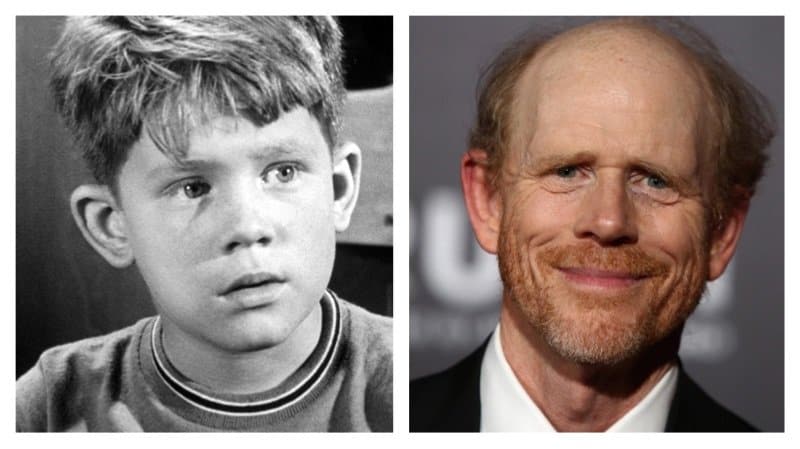 Ron Howard stared in the 1960’s series, The Andy Griffith Show for eight years as Opie Taylor. As a teenager, Howard later starred as Richie Cunningham in Happy Days.

Ron Howard is currently the co-chairman of a TV and film production company, Imagine Entertainment. His company has produced films and television series such as, Arrested Development, Friday Night Lights, 24, Felicity, 8 Mile and Inside Deep Throat. 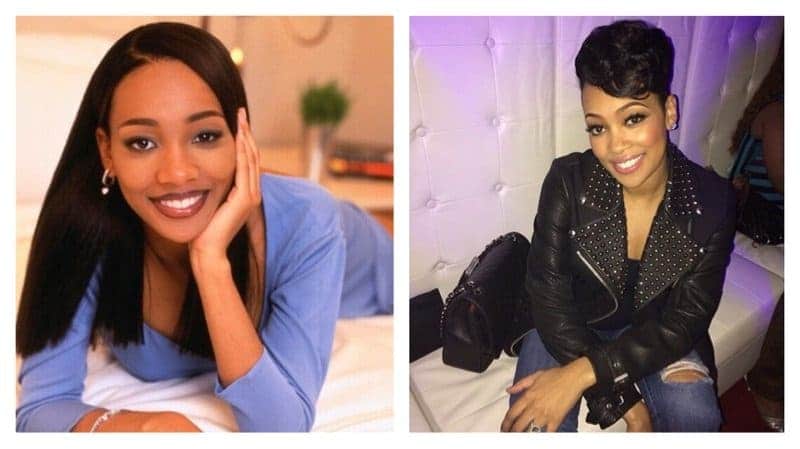 Monica made her debut at the age of 13 in 1995 with the release of her album, Miss Thang. Monica has released a total of seven albums and is currently in the studio working on her eighth.

She is married to professional basketball player Shannon Brown and is the mother of 3 kids and one step son. 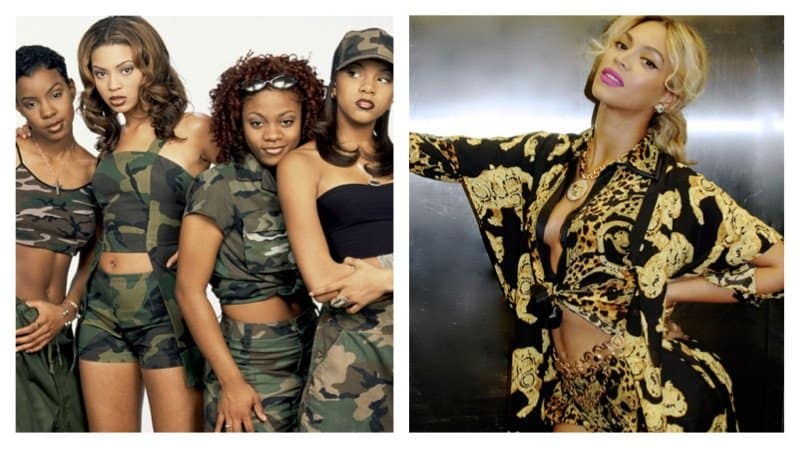 Before becoming one of the world’s biggest superstars, Beyoncé started as a member of the group Destiny’s Child at the young age of 15. Destiny’s Child went on to become the top selling female group of all time. Beyoncé launched her solo career in 2003, with the hit single, Crazy in Love and followed with her debut album, Dangerously in Love.

Now in 2015 Beyoncé made history when she dropped her fifth, and surprise self-titled album Beyoncé digitally on iTunes. Beyoncé became the fastest selling digital release ever with over 800,000 copies sold worldwide in just one day.

Beyoncé is married to hip-hop star Jay-Z and the two are parents to a three year old daughter, Blue Ivy Carter. 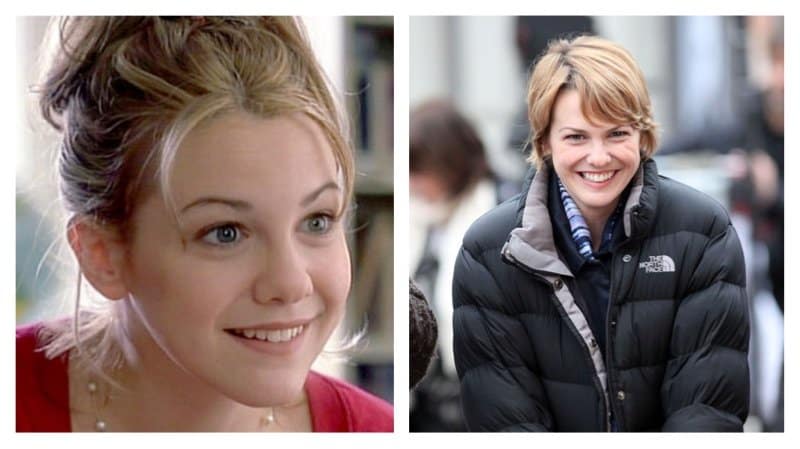 Larisa Oleynik was known to the world as Alex Mack in the Nickelodeon series, The Secret World of Alex Mack. She continued her reign as a child star by having roles in Boy Meets World, 3rd Rock from the Sun and the movie, The Baby-Sitters Club. 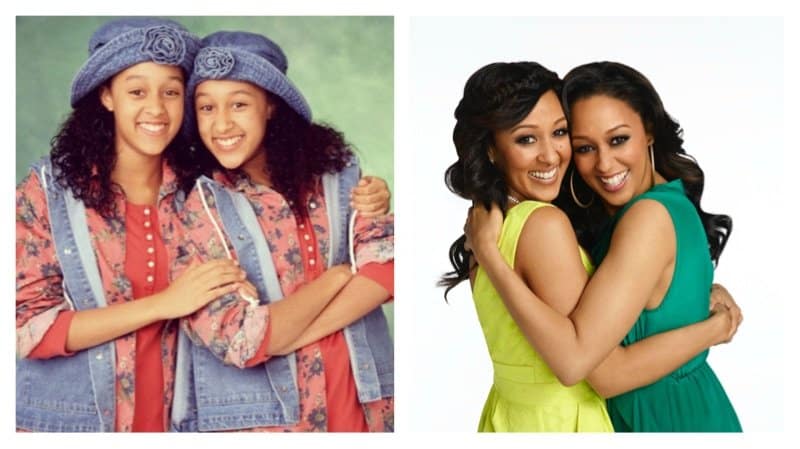 The Mowry twins, Tia and Tamera starred in their own sitcom Sister Sister at the age of 16. After the series ended in 1999 both sisters decided to take a break from acting and went to college to pursue their degrees. The Mowry twins kept themselves busy by producing their own movies with their production companies such as Seventeen Again, Twitches, Twitches Too and Double Wedding. They also had their own reality series, Tia and Tamera from 2011-2013.

Tia Mowry starred in the CW/BET series, The Game as Melanie Barnett. She left the show in 2012 and is now starring in Nickelodeon’s Instant Mom. Tia is married to actor Cory Hardrict and is the mother of a three-year-old son, Cree.

Tamera Mowry starred in the now cancelled ABC Family series, Roommates and had a role on the 2000 Lifetime series Strong Medicine as Dr. Kayla Thornton. Tamera is currently one of five hosts of the daytime talk show The Real. She is married to Fox News Correspondent Adam Housley and have a two-year-old son, Aden. The Housleys are expecting the birth of their daughter later this year. 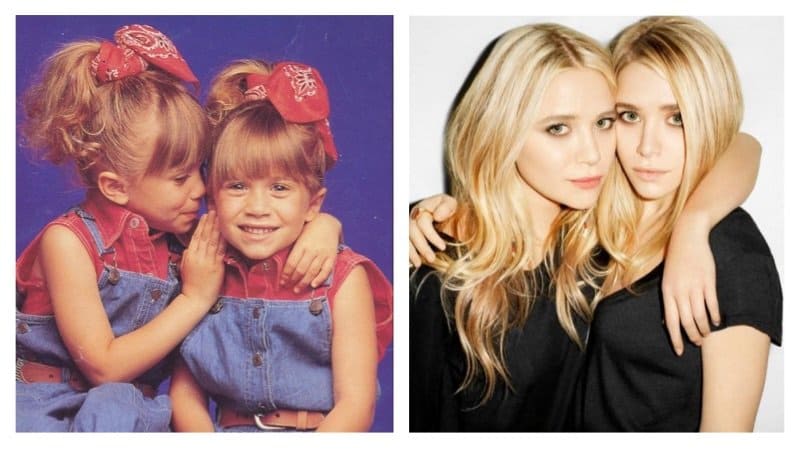 Mary-Kate and Ashley Olsen became famous after starring as Michelle Tanner on Full House. The Olsen twins later became multi-millionaires after release a series of made for TV movies, television shows, video games, video projects and a clothing line in their teens.

With the help of their company, Dualstar, Mary-Kate and Ashley Olsen became some of the wealthiest women in entertainment as teenagers. The twins haven’t acted together since 2004. They are currently the owners of a couture fashion line called, The Row. 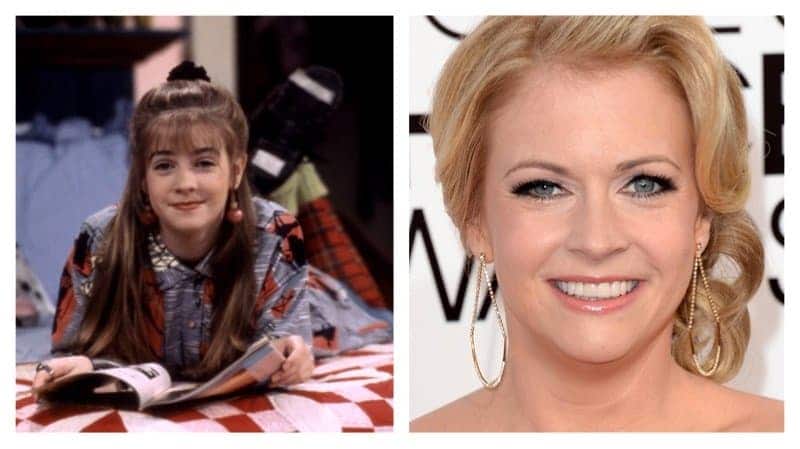 Melissa Joan Hart was known as Clarissa in the Nickelodeon sitcom, Clarissa Explains It All at the age of 14. She later starred in the live action version of ABC’s Sabrina, the Teenage Witch 1996. She most recently starred in the ABC Family series, Melissa and Joey alongside former Blossom actor, Joey Lawrence.

Melissa Joan Hart is married to Mark Wilkerson and is the mother of three.