19 Historical Photos From A Different Angle

We remember much of the 20th century by the images captured of historically significant events. But how often do we get to see that history from a different angle? Rare photographs reveal new perspectives on the iconic imagery of the past, giving us a glimpse into the times that is both enlightening and fascinating.

Some of them are simply alternative takes on famous photos, like a snapshot of the Tank Man in Tiananmen Square from ground level. Others capture things most of us simply don’t think about, like the massive amount of garbage flooding the streets of New York after the WWII victory celebrations. Read on and discover this astonishing collection of historical events viewed from a different angle. 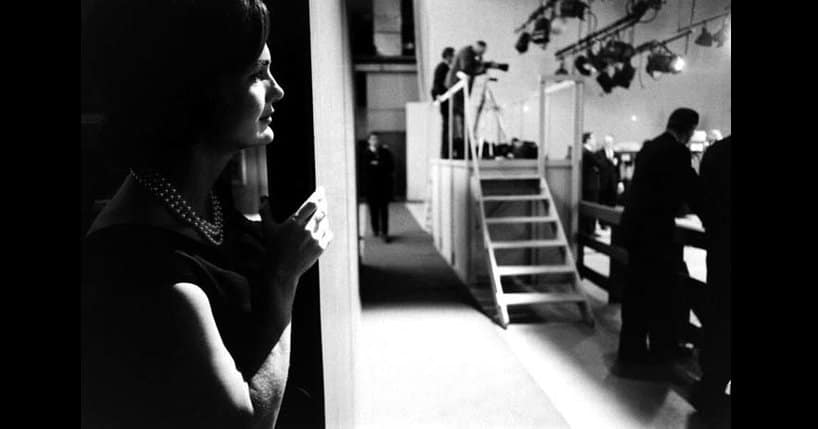 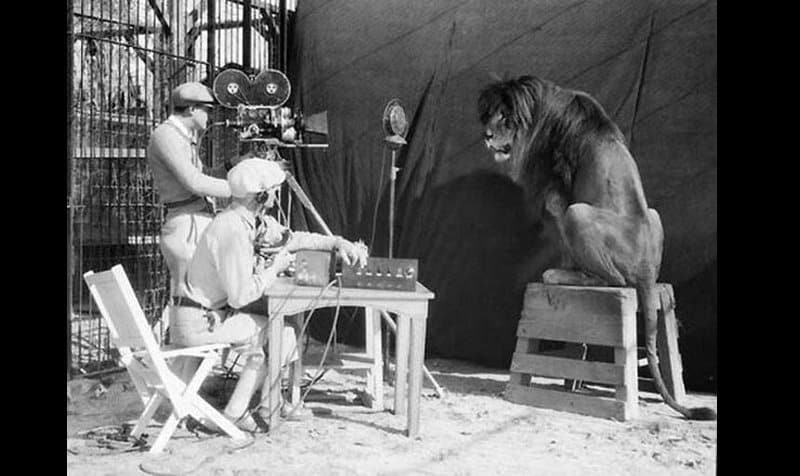 We’ve all seen this lion roar for the camera, but have you have seen what the process of capturing that roar looked like? 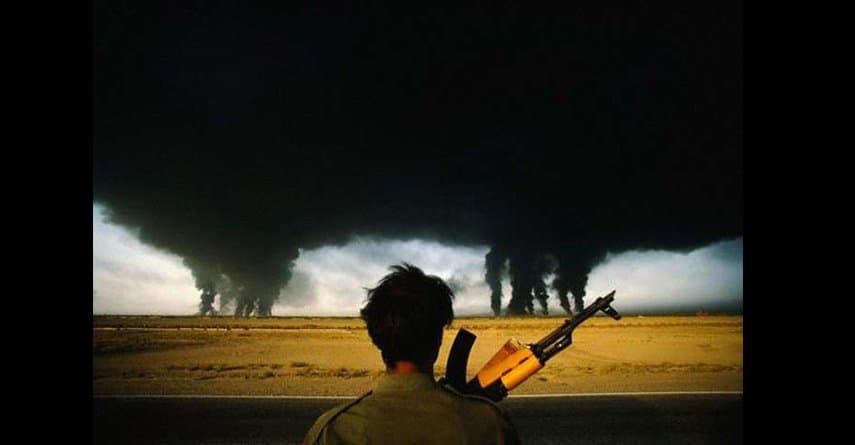 At the end of the first Gulf War, retreating Iraqi soldiers torched Kuwaiti oil fields, causing a massive fire which burned for months.

The Tank Man In Tiananmen Square 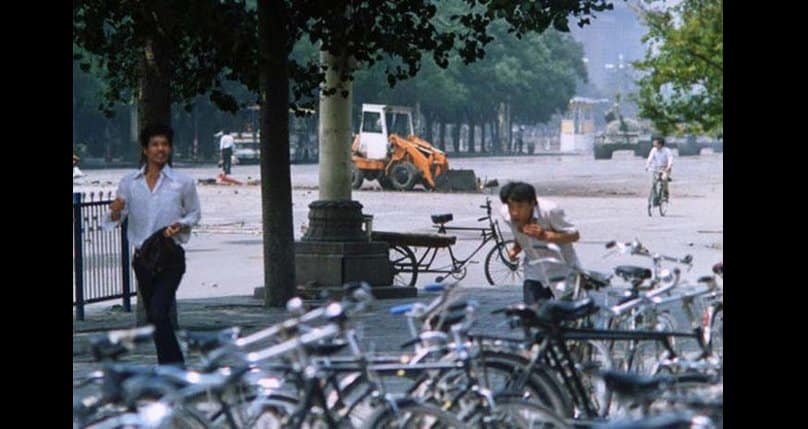 This photographer unintentionally captured the Chinese folk hero known as “The Tank Man”, who bravely defied Chinese military police forces with a simple act of non-compliance.

Neil Armstrong Right After He Walked On The Moon 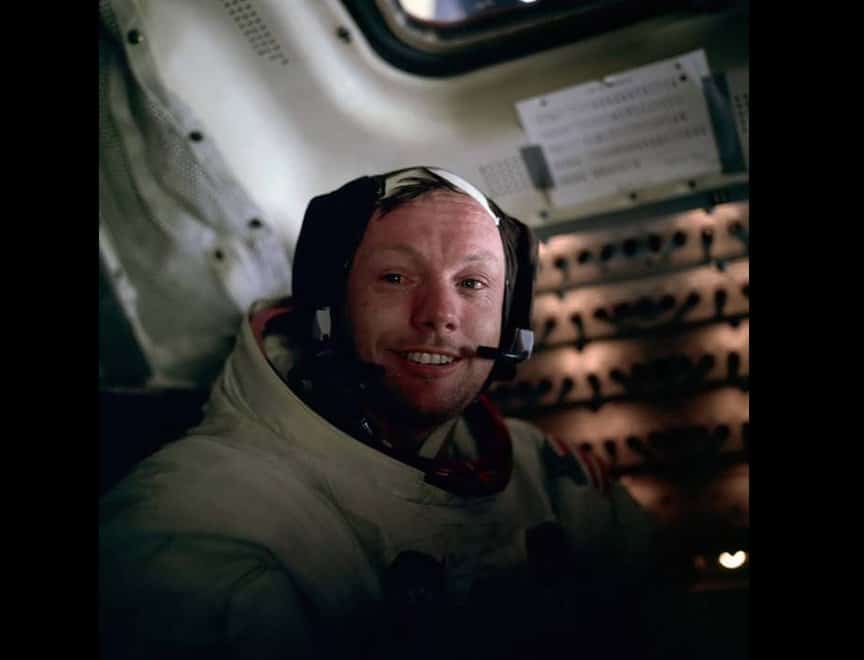 “That’s one small step for [a] man, one giant leap for mankind.“

In this photo, astronaut Neil Armstrong beams after taking the historic first steps on the moon.

Martin Luther King Jr.’s “I Have A Dream” Speech 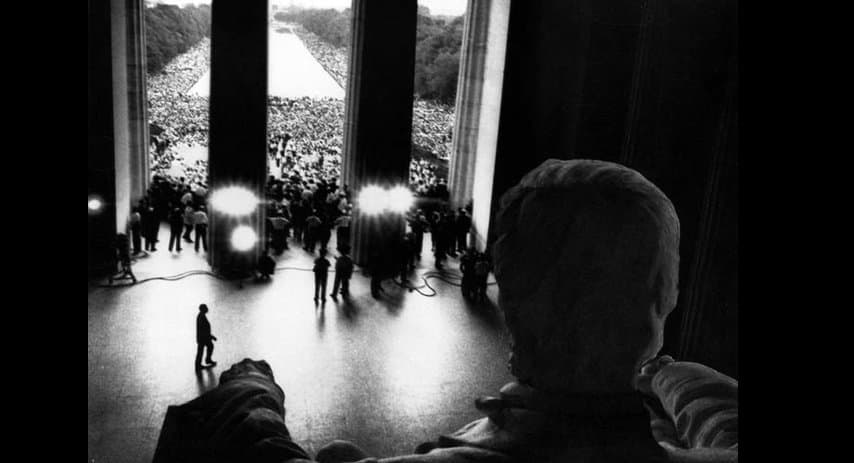 A rare view from behind the podium as Martin Luther King Jr. delivers his beloved “I Have a Dream” speech.

The Models Of The American Gothic Painting 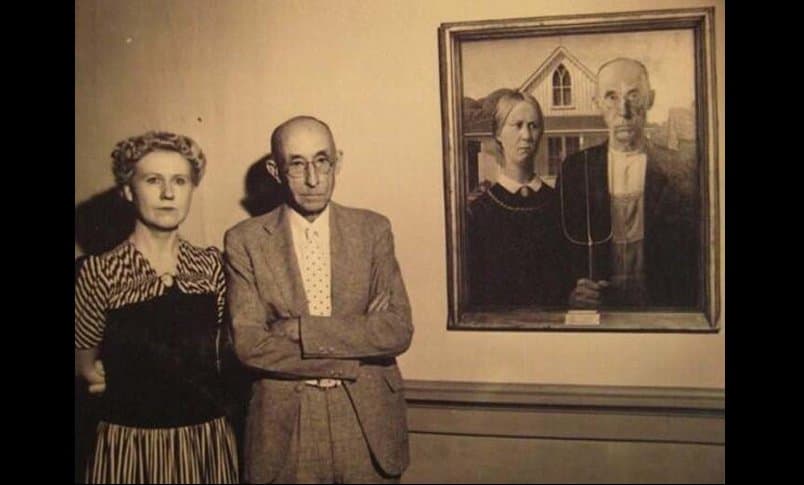 American Gothic is one of the most famous paintings in the world. The real life models of the piece certainly bear a resemblance to the couple in the painting. 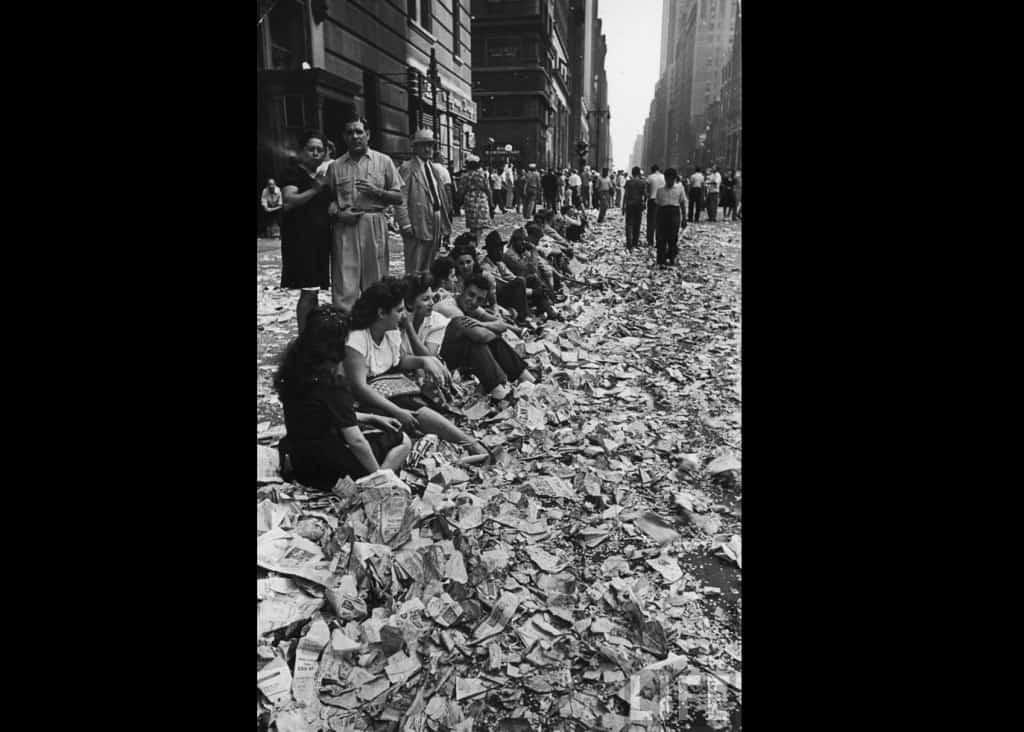 After the U.S. victory over Japan and subsequent end to World War II, New York city famously celebrated by throwing tons of confetti and shredded paper into the air. It’s easy to forget the stuff stuck around for a while afterwards.

Wilbur Wright Flies Around The Statue Of Liberty 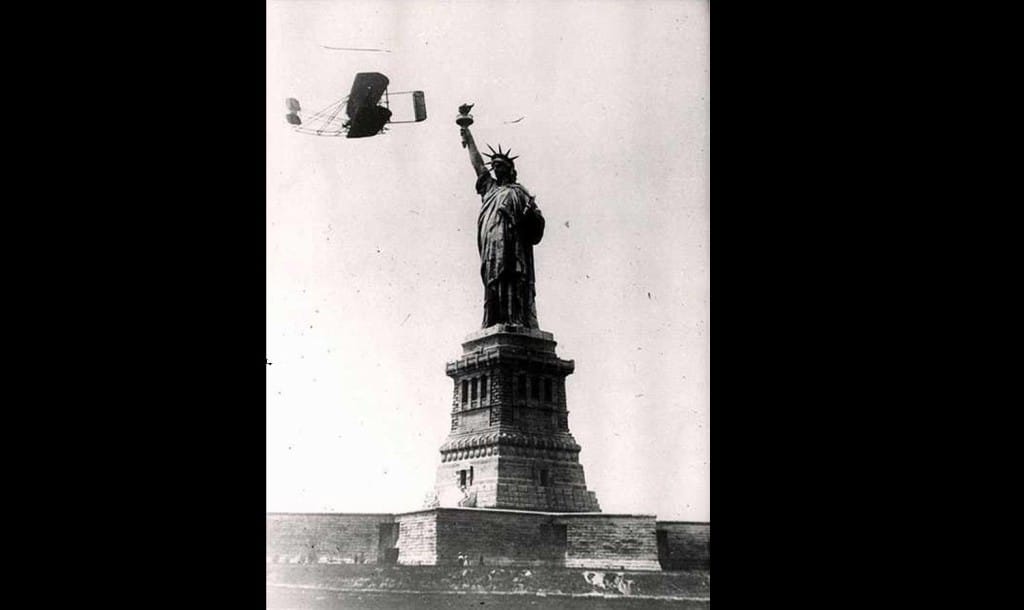 The Wright brothers developed powered flight in 1903, a development that would revolutionize travel in the coming decades. To promote the technological achievement, they flew several novelty flights over places like Ellis Island, New York.

Spectators Watch The Signing Of The Treaty Of Versailles 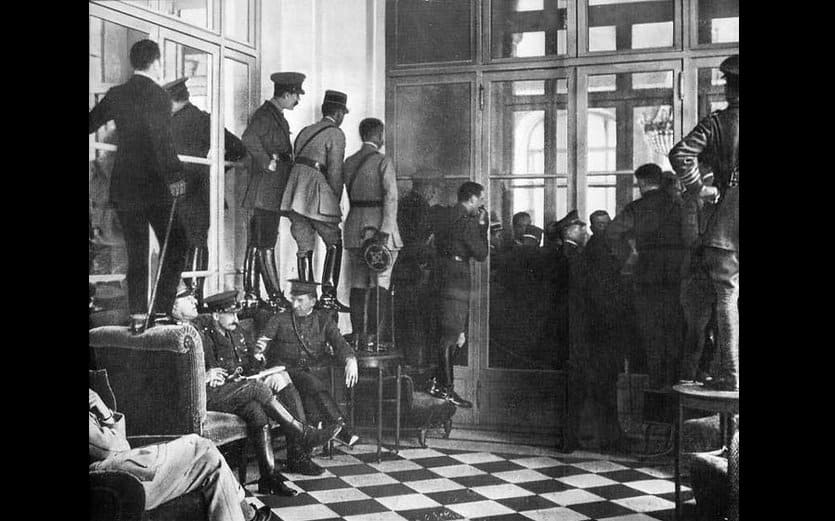 The Treaty of Versailles ended the first World War. Here, a crowd of spectators witness it being signed. Some of them are even standing on stools to get a better view! 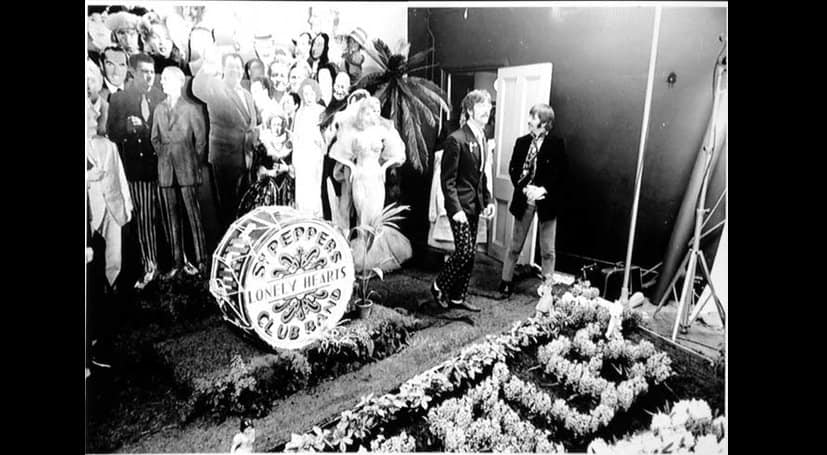 The Hoover Dam Before It Was Flooded 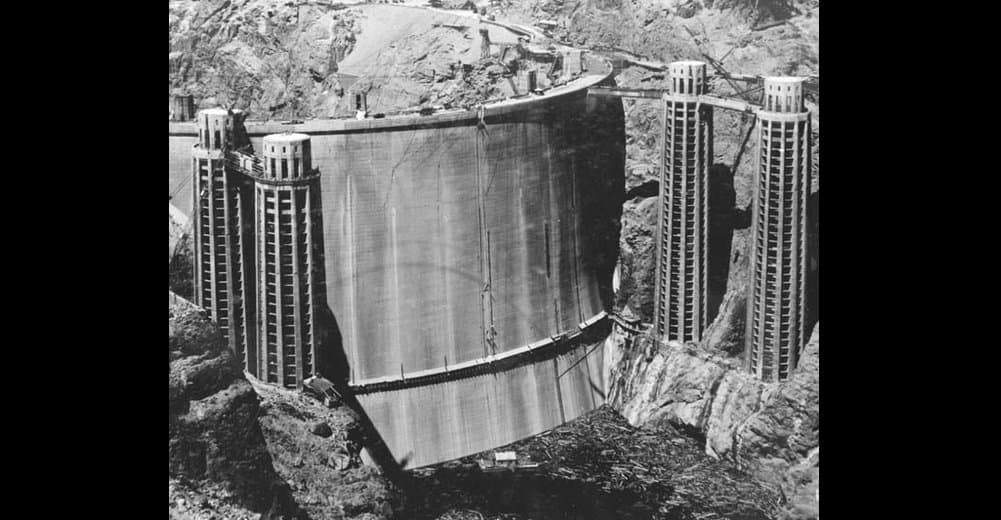 The Hoover Dam was one of the most ambitious building projects the world had ever seen. Here’s a rare photograph of the dam before it was flooded. 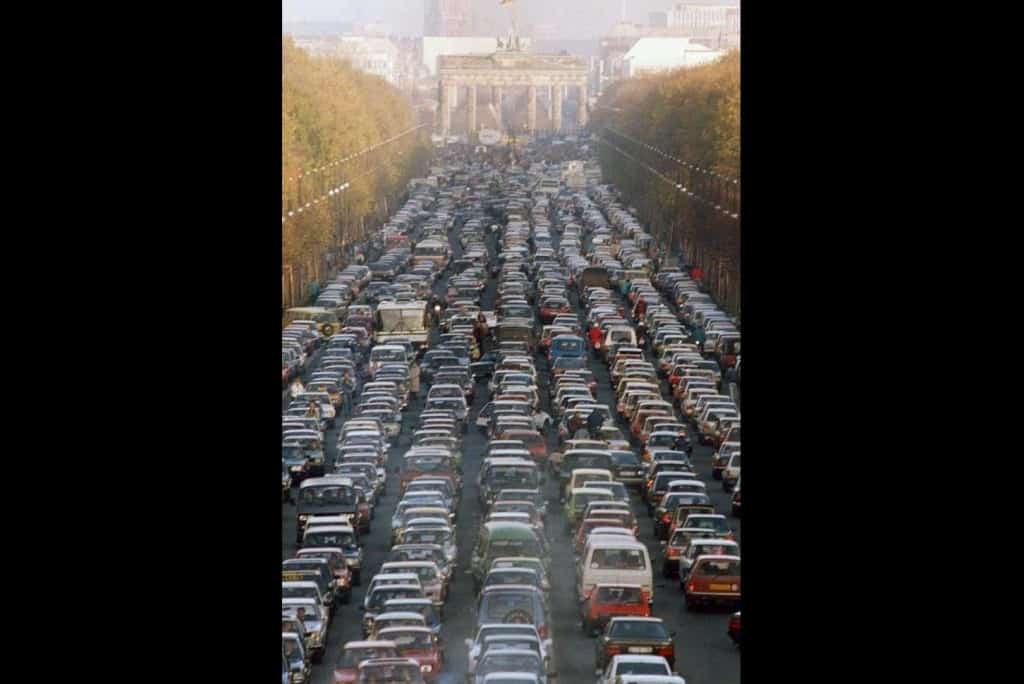 When we think of major historical events, we often forget about the tremendous amount of associated traffic. 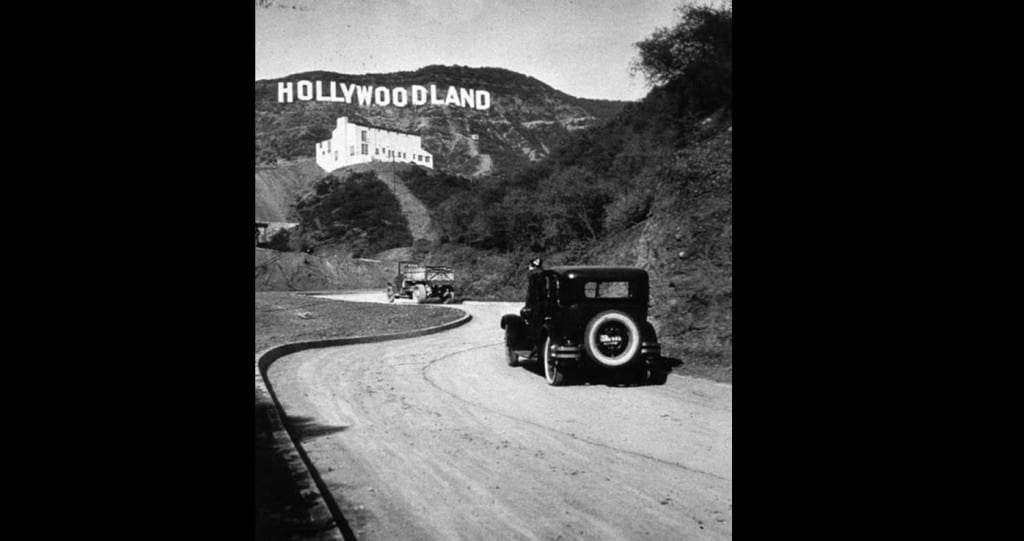 The iconic Hollywood sign in California used to read “Hollywoodland” until 1978.

The Iceberg Believed To Have Sunk The Titanic

The RMS Titanic was an ocean liner that sank in the frigid waters of the Atlantic after hitting an iceberg on its maiden voyage in 1912. This iceberg is believed to be the very one it struck. 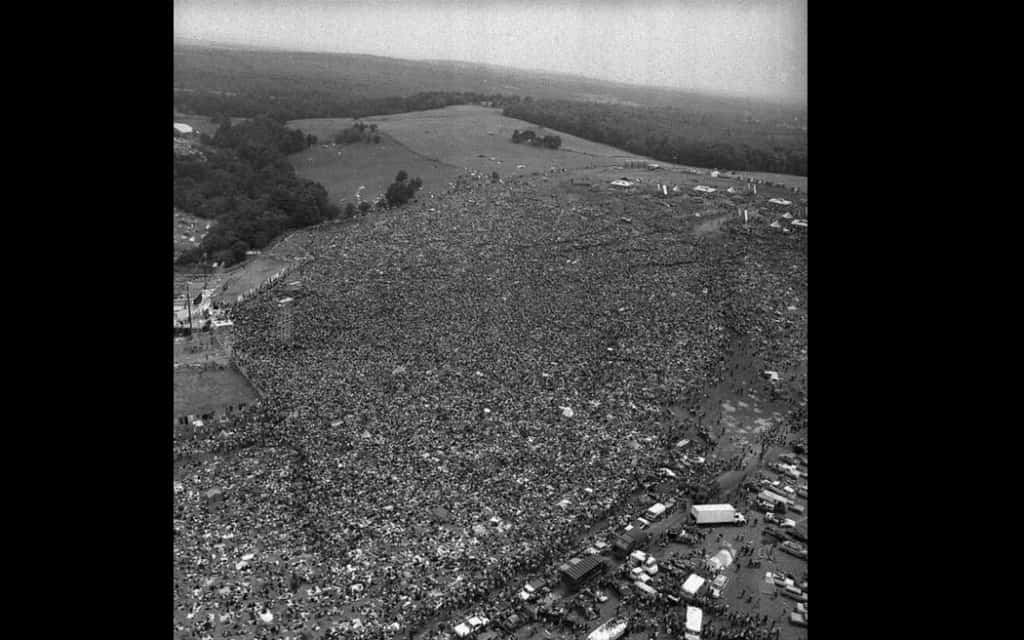 1969 was a seminal year for popular music. The Woodstock Festival is known the world over as one of the greatest collections of talent and music artistry ever assembled. As you can see from this rare aerial shot, attendance was massive.

JFK Giving His Famous “I Am A Berliner” Speech In Berlin, Germany 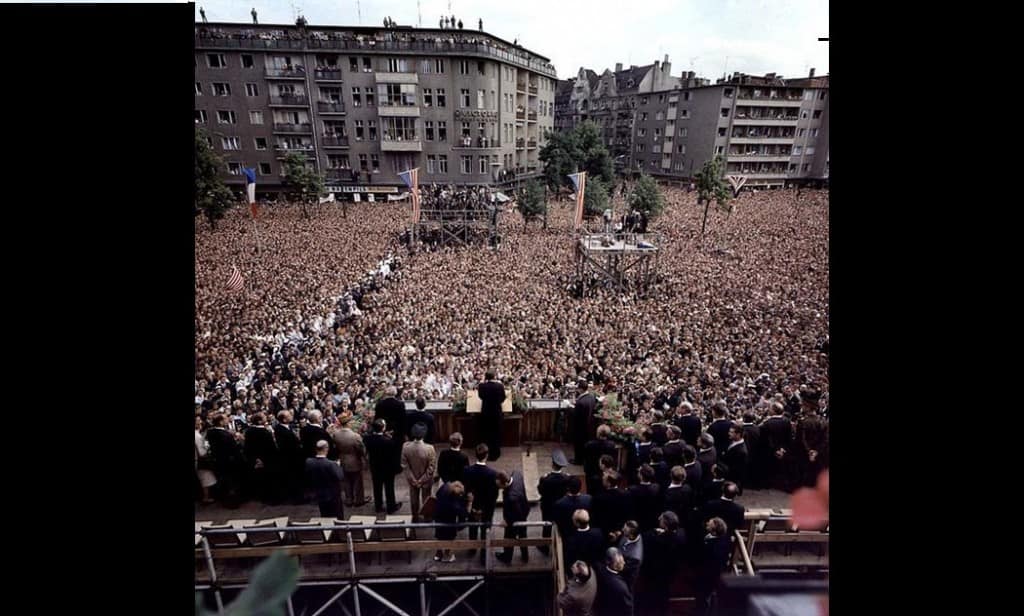 Young Adolf Hitler Celebrating The Announcement Of World War One 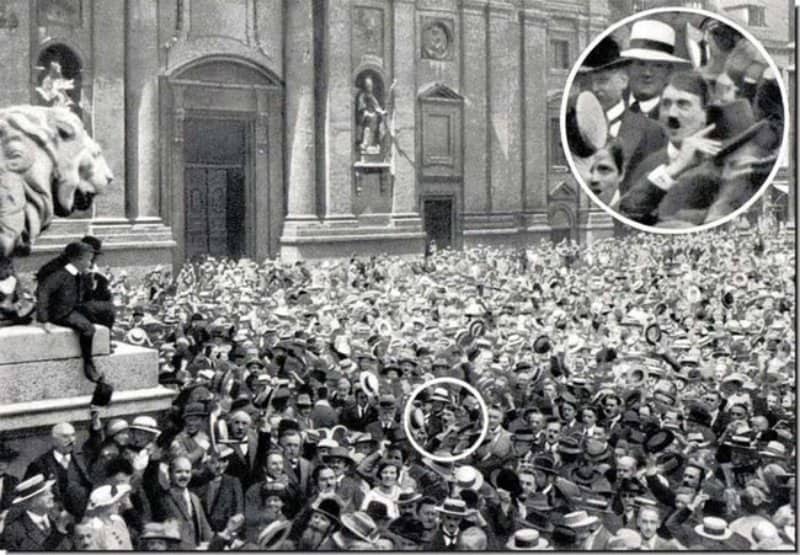 There remains some debate about this photo’s authenticity, but it captures what many believe is a young Adolf Hitler celebrating at the announcement of World War I. 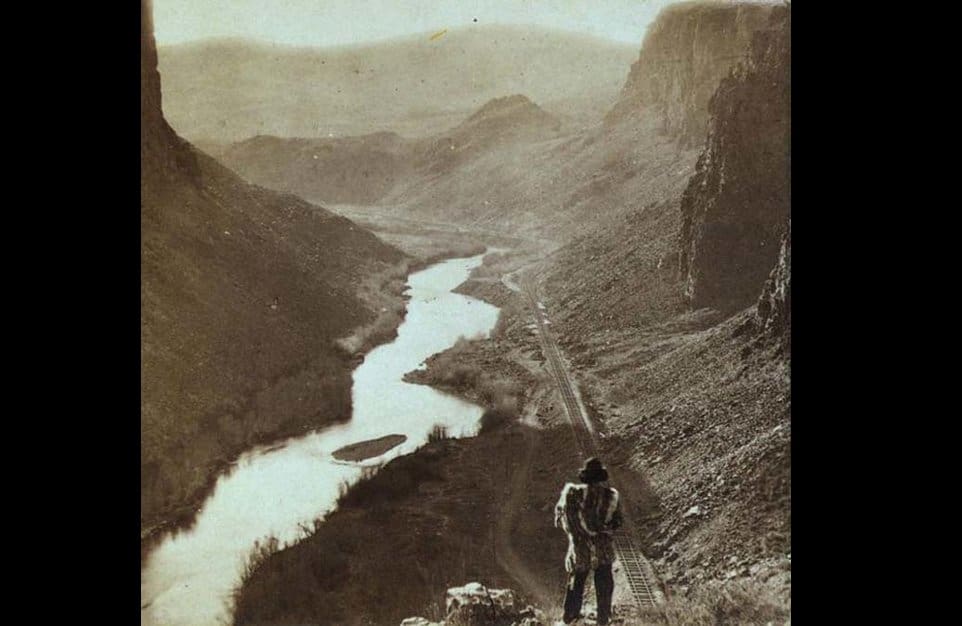 The first transcontinental railroad built in the United States connected the nation and made travel between its various regions easier than ever before. In this photograph, a Native American surveys a piece of the massive new railway.