Teenagers may feel like there’s a massive divide between themselves and their parents, but they couldn’t be more wrong. If only they knew what their parents were really thinking about their teenager’s problems, their school friends and their social media posts, they’d be shocked … and impressed! One parent lifts the lid on what really goes on inside your parent’s minds, and gives teenagers a glimpse into how human we really are. Not to mention a lot smarter and more interesting than your friends! 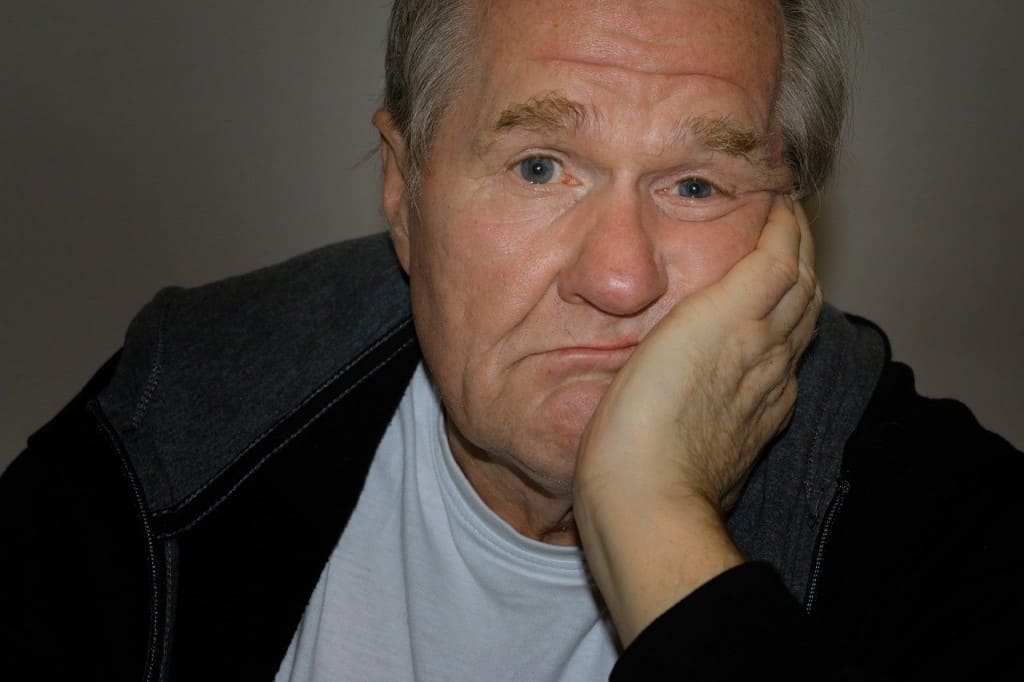 As are plays, performances, ballet concerts, the lot. Sure, we get a buzz from seeing you on stage, but for the most part it’s just plain painful. We’re not interested in other people’s kids – especially the one who is really bad at the clarinet, and the ballet teacher’s favorite student who takes over the whole performance. They are hours and hours of your life that you’ll never get back, and we can’t wait until you have kids and have to do it for years. But we do it so you feel loved and supported.

We Have Better Sex Than You 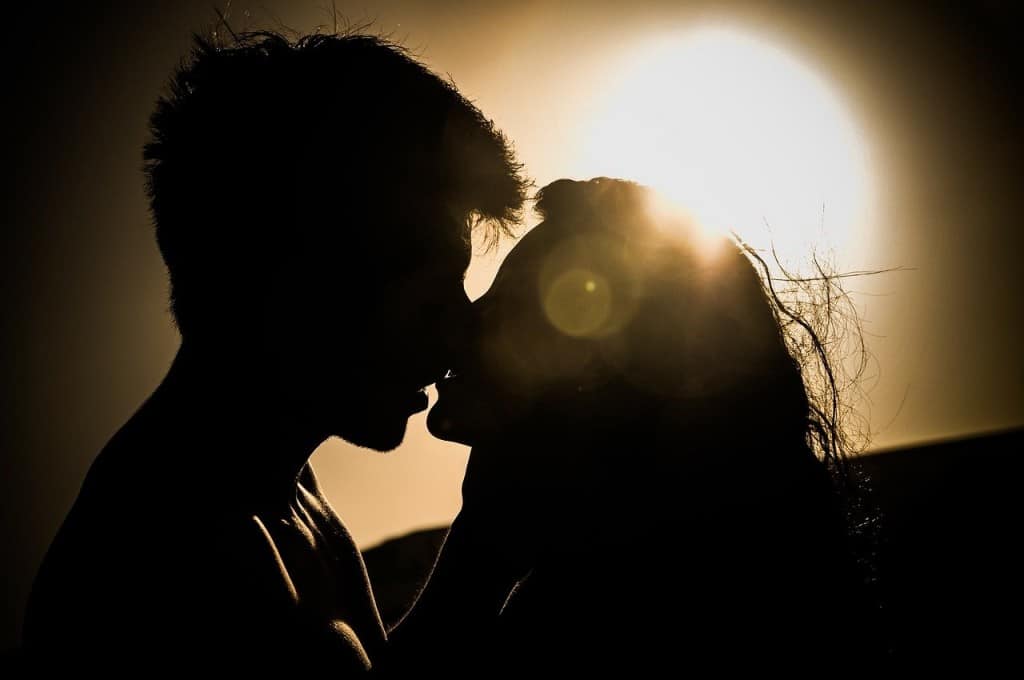 While you’re asleep or out with your friends, your parents are having sex. Yep, you read that right. And the sad thing for you is, we know tricks that you won’t learn for years. We feel sad for you that you have to go through that awkward stage, but we all had to, and when you have kids and they go to sleep, you’ll be doing the same thing as us, and loving every minute. 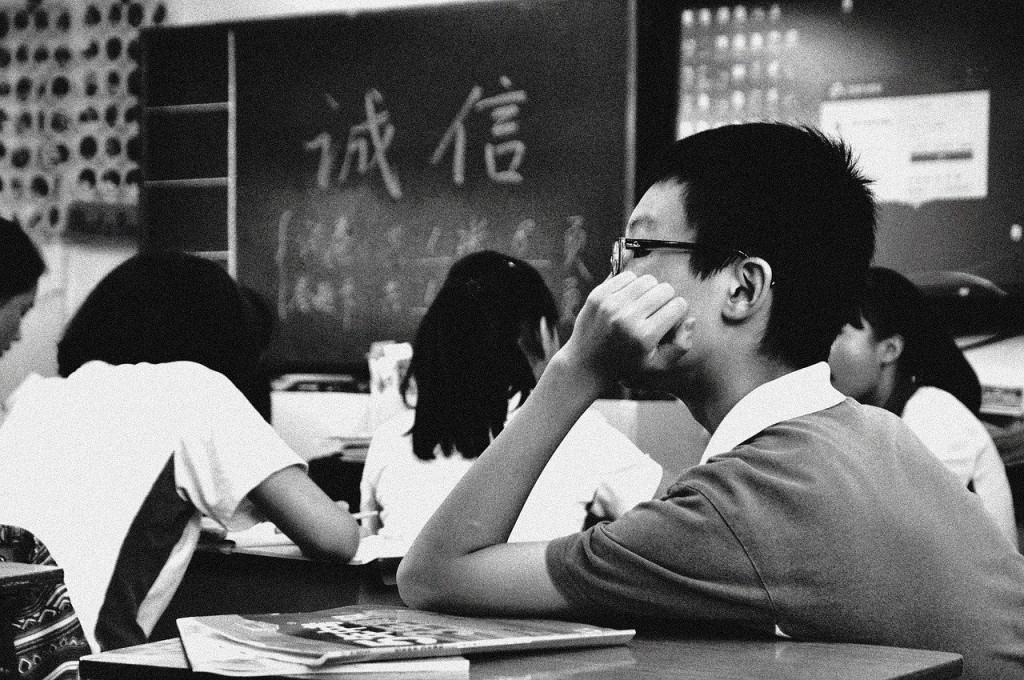 All those tests and all that homework we nag you about, we know deep down it doesn’t mean a great deal. You won’t use much of it again, except maybe for pub trivia when you’re older. It would be so much easier for both of us if we could tell you this, because you wouldn’t stress about grades so much. But we have to tell you to knuckle down, because what school work will teach you is how to plan, be organised and get your work done. We’re just hoping you’ll learn that by accident.

We’re Already Planning Our Lives After You Leave Home 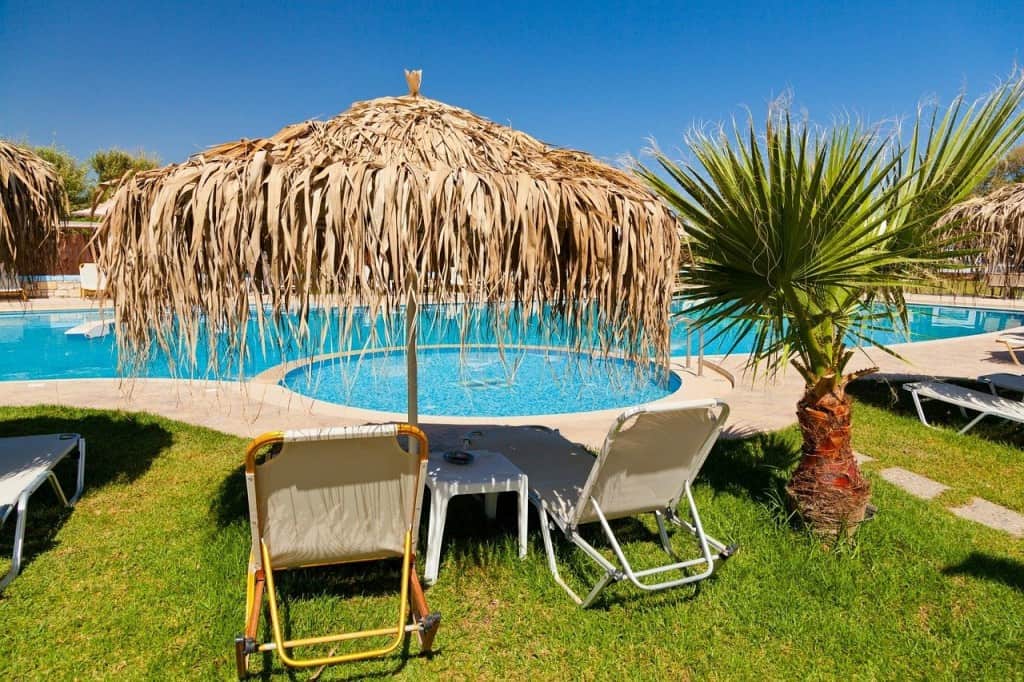 As the teenage years wear on, you’re not the only one who can’t wait to escape the family home. We’re already planning overseas holidays, smaller and sportier cars, and turning your room into a walk-in wardrobe. Everyone loves freedom, and we’ve worked hard for it. 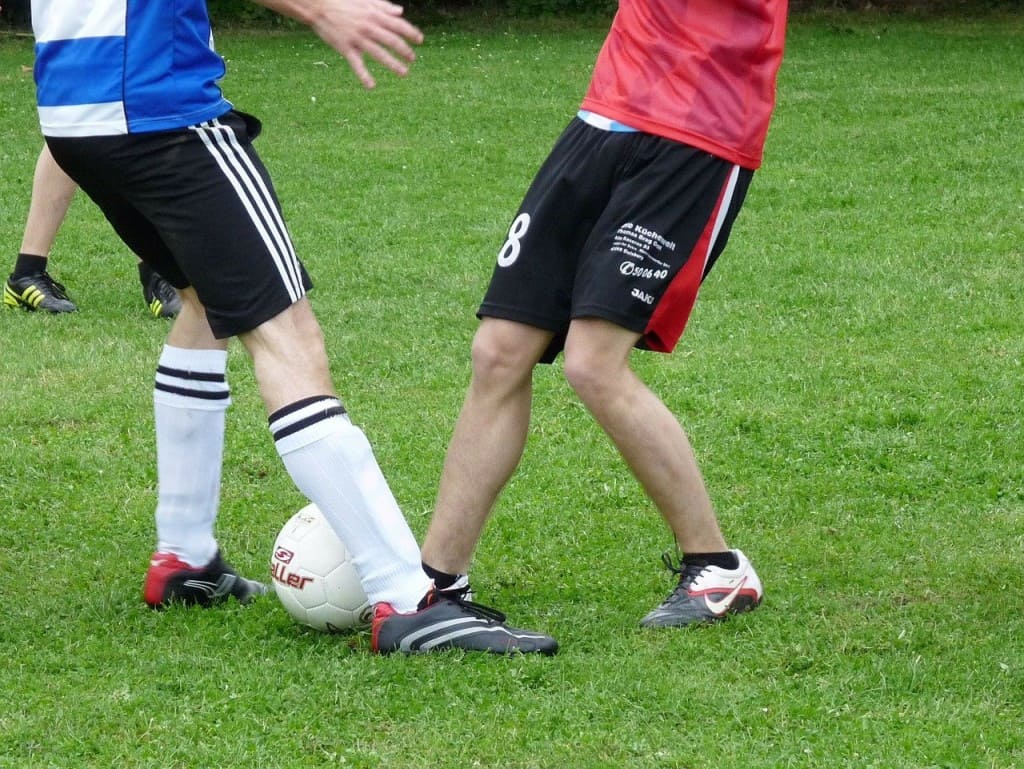 It’s getting up early, sitting around in the cold, talking to the other parents we don’t like, costs a lot of money, and always happens on the weekend when we were hoping for a couple of days of peace after working our awful jobs all week. And we know that there isn’t really much chance of you becoming an Olympic star and keeping us financially comfortable in our twilight years. At least pick a sport we’re interesting in watching. 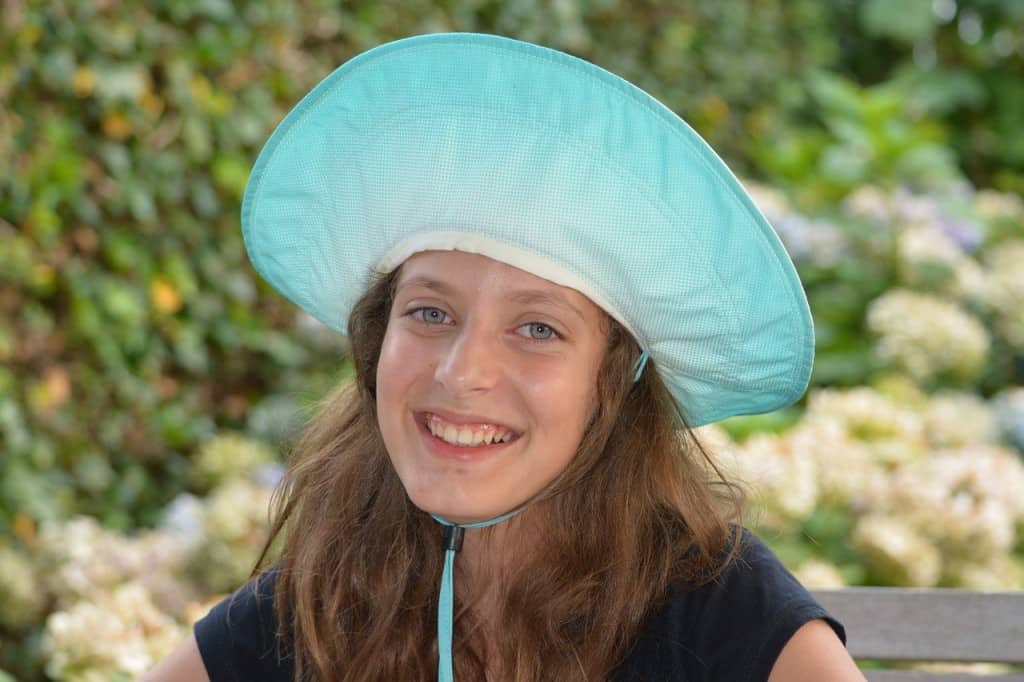 A lot of teenagers like to think they’re zany or weird, but trust me, unless you’re a hard core emo, you’re not that weird. In fact, most teenagers are pretty much the same. If you want to be different from all the other kids, string a proper sentence together and wear appropriate clothes for the weather. But screaming and giggling “OMG I’m so bizarre” does not separate you from the herd. Your mother probably had blue hair at your age, has she told you that yet?

Been There, Done That 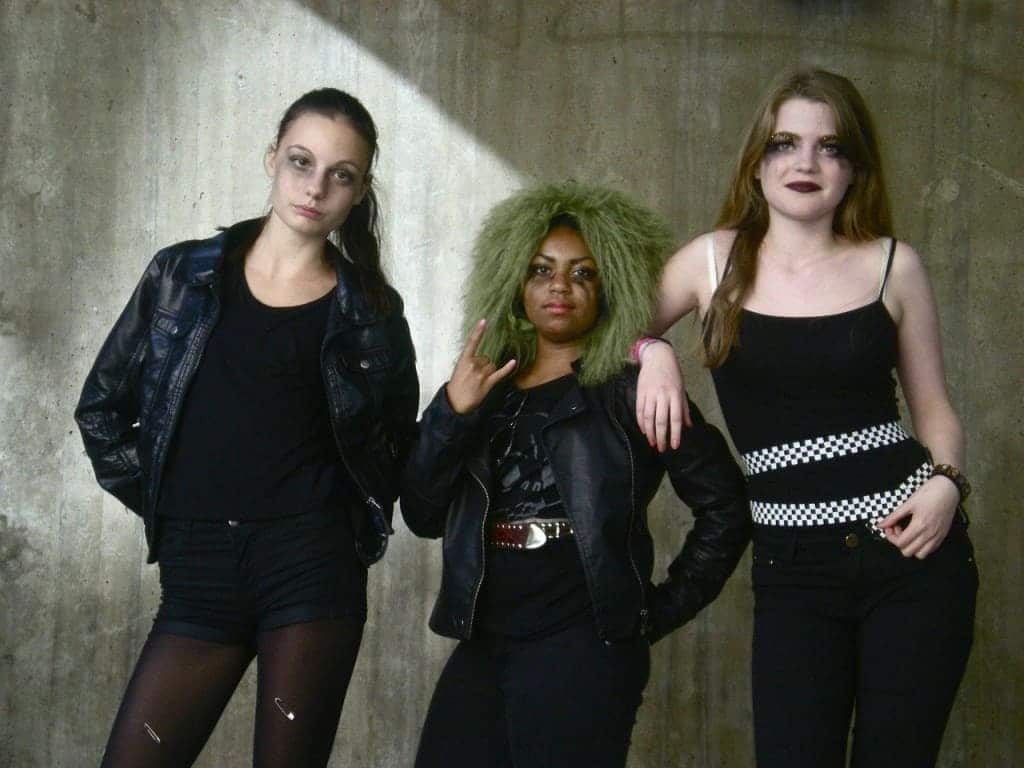 Whatever you think you’re inventing, think again. We’ve been there, and it wasn’t as long ago as you think it is. We put our parents through the bad excuses and stupid behavior, the smoking and the drinking, and hanging out with the wrong people. And there’s also something we know that you don’t: none of it is much fun after a while, and it’s not worth it. That’s why we tell you to behave, because we know from experience, not because we’re trying to cramp your style. We’re just trying to save you some time and effort. 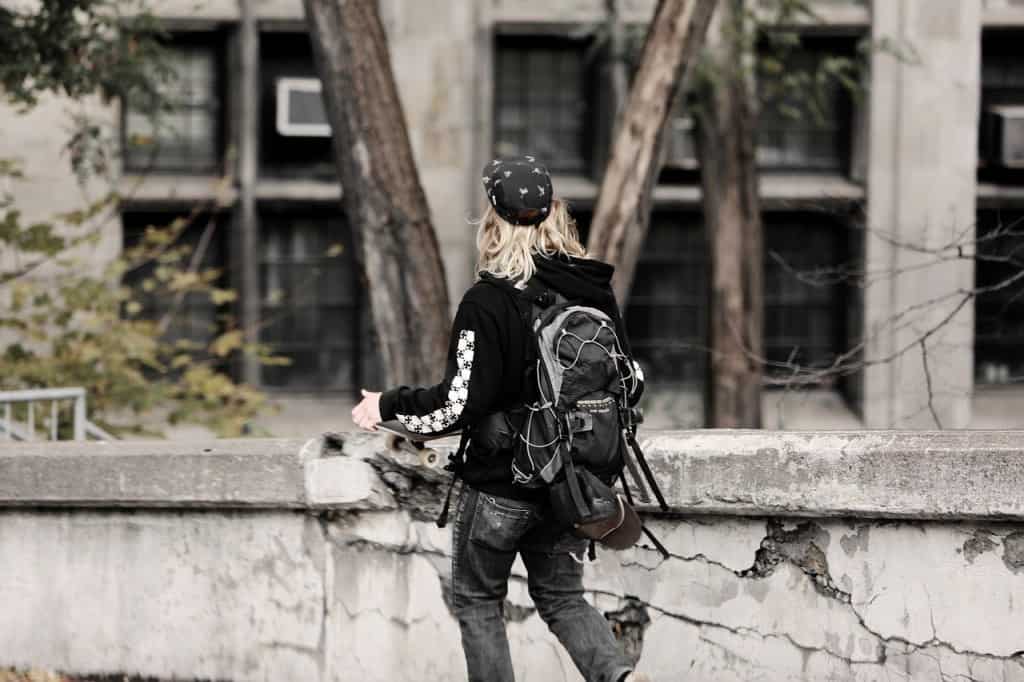 He’s an idiot. Just like our first few boyfriends were idiots. In fact, if we could have our time back, we’d probably skip those guys and spend that time hanging out with our friends and reading good books, rather than wasting it on ‘love’ that we didn’t understand. There’s plenty of time for relationships, wait until the boys grow up first.

We Have Chocolate Hidden in the House 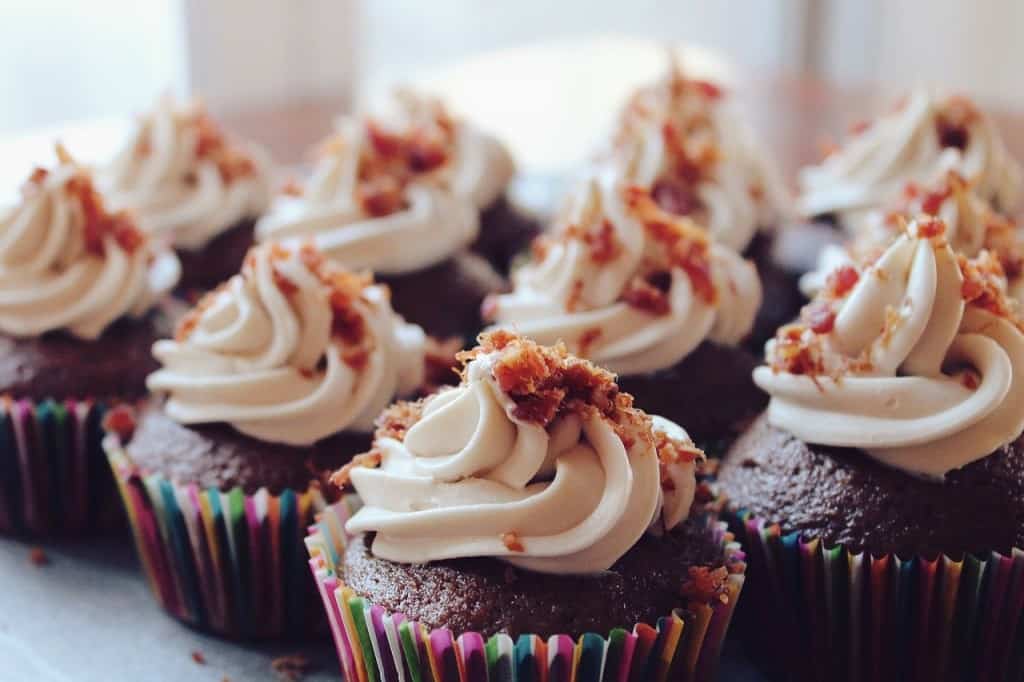 And cake. And potato chips. And we eat them when you go to bed.

We’re Bored Of You Moaning About Being Fat 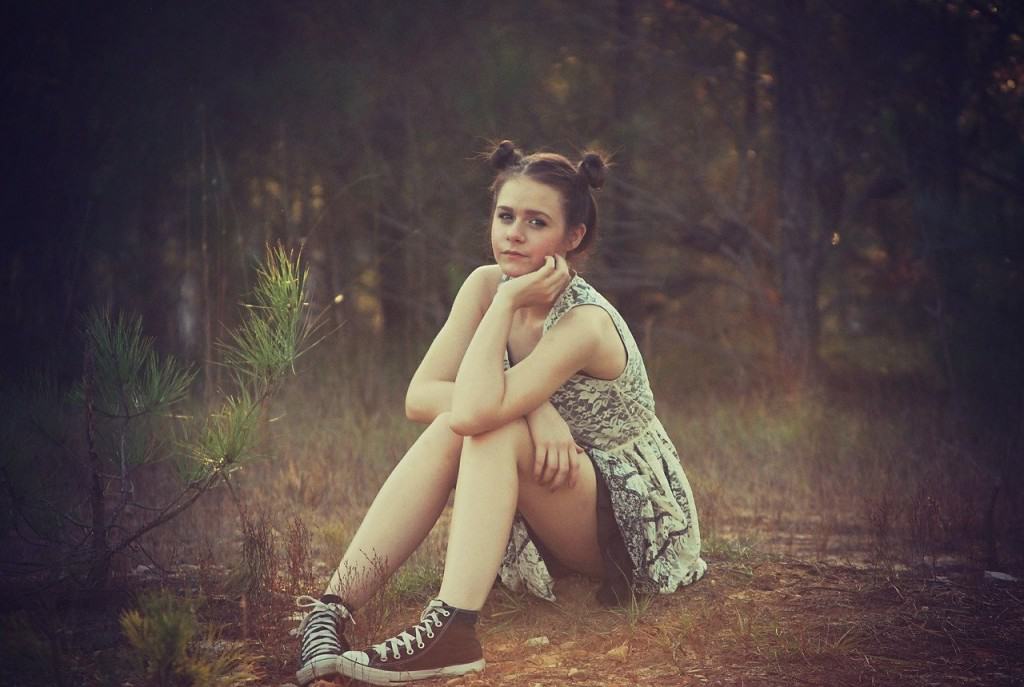 Honey, you have no idea. Just wait until you’re 40 and you’re eating packets and packets of chocolate late at night when your kids go to bed. We have to be careful about what we say, in case your paranoia gets worse, but what we really want to say is: “Get over yourself, you don’t weigh as much as my shadow! Eat what you want while you can, be carefree while you can.”

Yes We Do Understand You 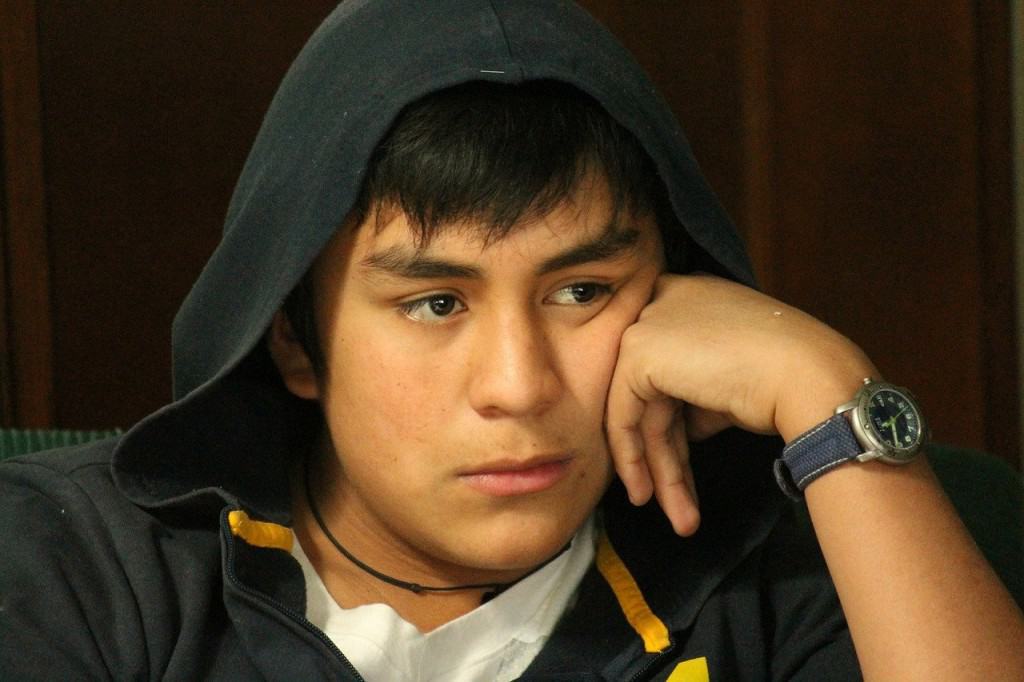 We understand you better than anyone else, because we’ve been a teenager, and we got through it successfully. So don’t bore us and insult us by saying we don’t understand. If you want to know how to deal with getting through your teenage years – hormones, social group issues, school and grades – the smart thing to do is ask your parents, not your friends. What the hell do they know? They haven’t done it yet!

We’d Love To Do Your Homework! 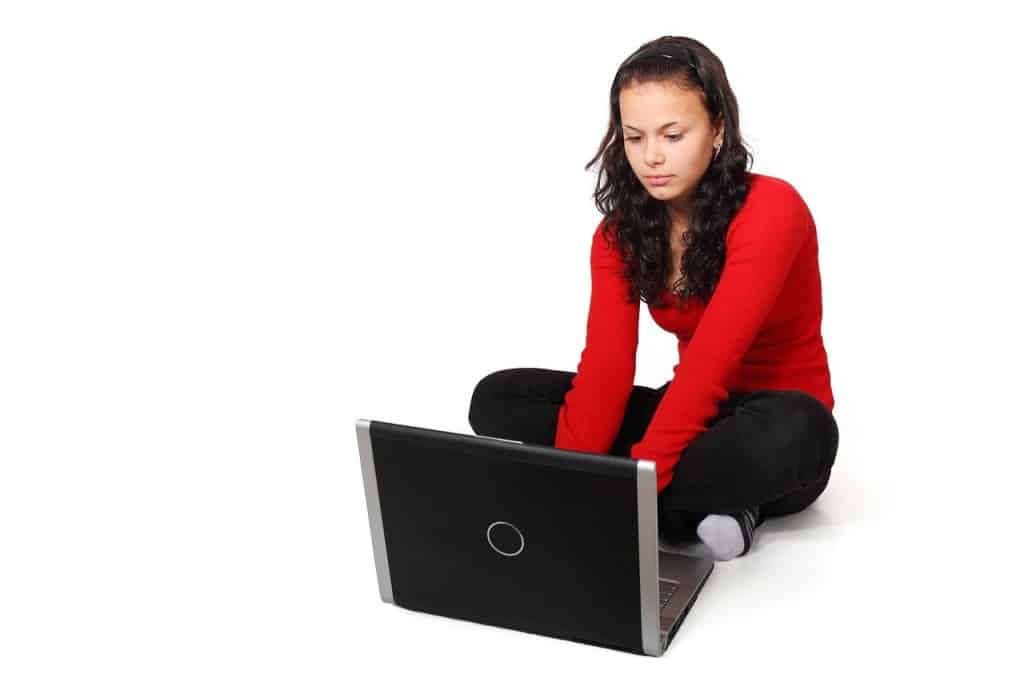 It’s better than it was doing ours, we didn’t have the internet! Do you guys know how easy you have it, seriously?

We’re Bored Of Your Imaginary Problems 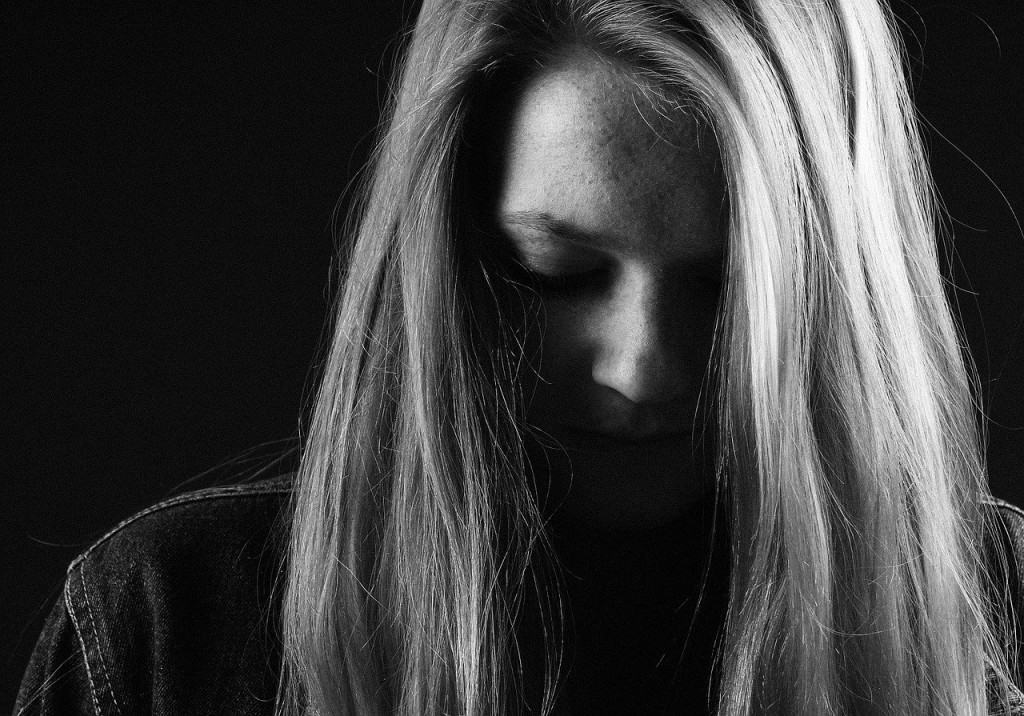 Teenage girls are particularly prone to inventing sob stories to get attention. We’ve heard them all before – don’t forget we went to school too and we had our fair share of drama queens. At the end of the day, people aren’t going to keep hanging around you if you’re always like that, because it gets boring very fast. The only things you need to worry about are bullying, drugs, sexual assault and eating disorders – and most of those are reliant on you being smart about your choices and situations you find yourself in (and listening to your parent’s advice). Otherwise, if you want real problems, you can swap lives with us! You can have the rubbish job, the bad pay, the bills and the kids who don’t appreciate what they’ve got. Life gets harder, so enjoy what you have now, and learn how to deal with the difficult things by using your brain and listening to our experience.

We’re Tired Of Being The Bad Guy 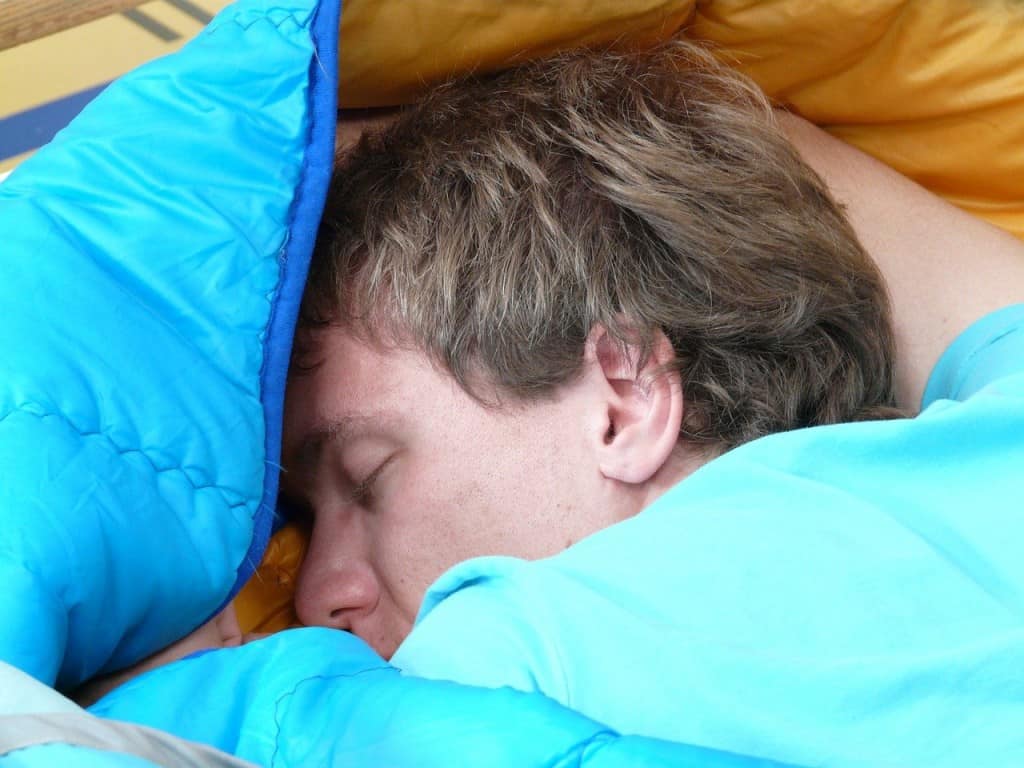 Contrary to popular teenager belief, parents don’t actually enjoy nagging and being angry. We’re bored of it. In fact, there’s nothing we’d love better than to just sit down and enjoy some time with you, whether it’s talking, shopping or watching a movie. We’ve been doing this parenting thing for a long time now, and by the time you get to the teenage years, we’re pretty tired. So just do us a favor: do your chores without arguing, put that attitude away (that’s boring too) and treat us like human beings. You’ll probably discover that we’re more interesting than your school friends.

On Twitter, Instagram, and all the rest. Oh yeah, we know how to use that stuff. What you don’t realize is many of your parents spend their working life using quite complicated computer programs, so social media is a no-brainer. Remember, we are always going to be smarter than you, so respect that and act accordingly. And put your shirt back on, it’s embarrassing. 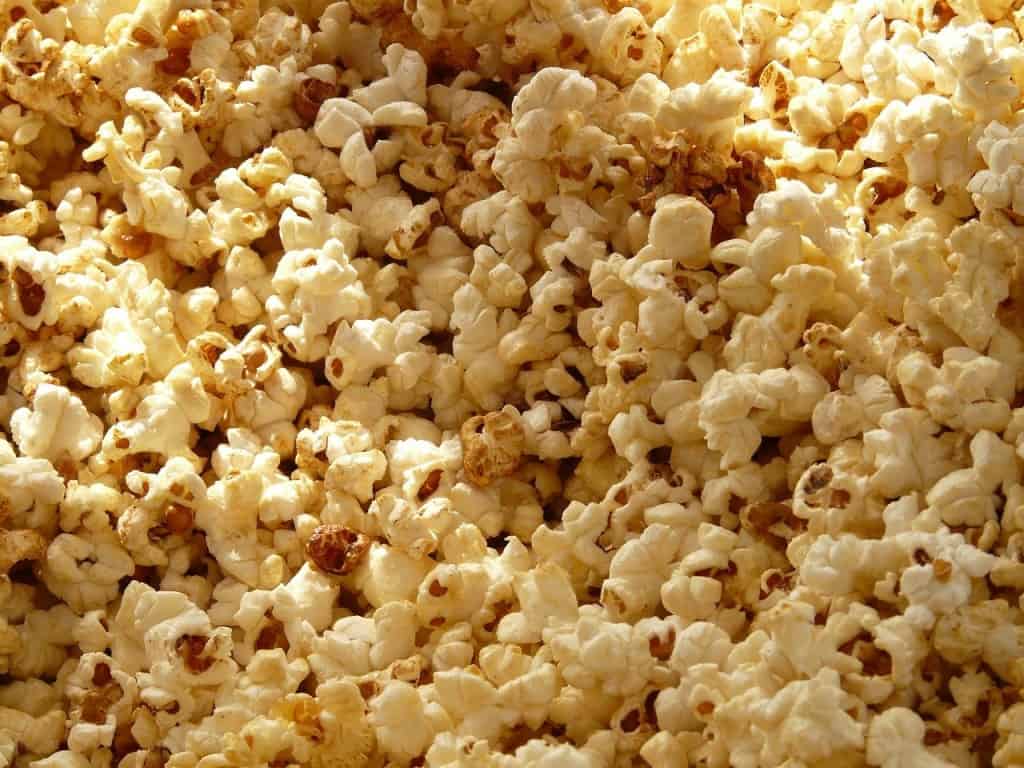 All the best films came out before you were born, that’s the hard truth of it. And all those great movies that you missed out on, we know them word for word. If you sit down and ask your parents about it, you might actually find out about some now-retro films that are a hundred times better than the remake.

We Hated Justin Bieber Before You 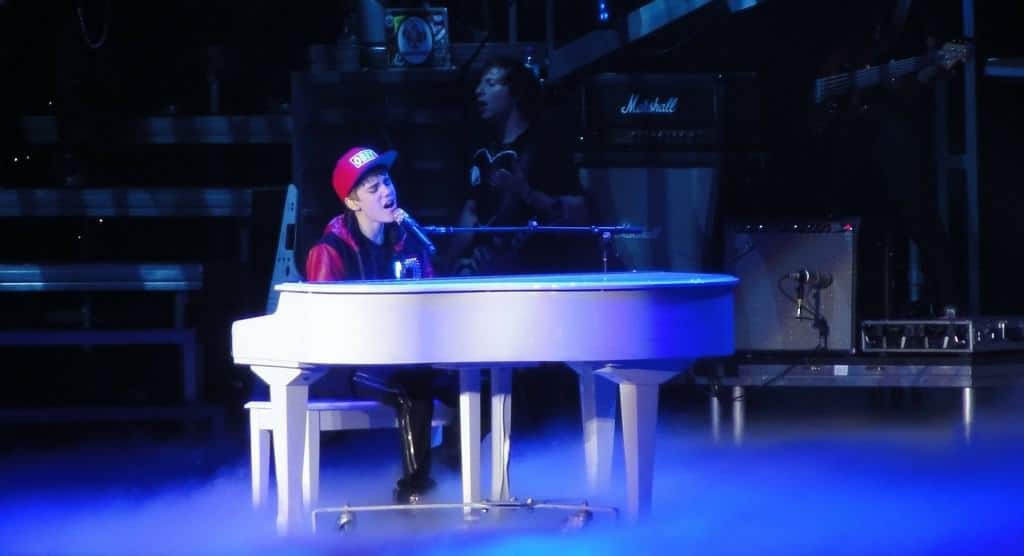 And you say parents don’t know anything, we got that one right about a year before you did! Catch up, kids.

We Would Do Anything For You 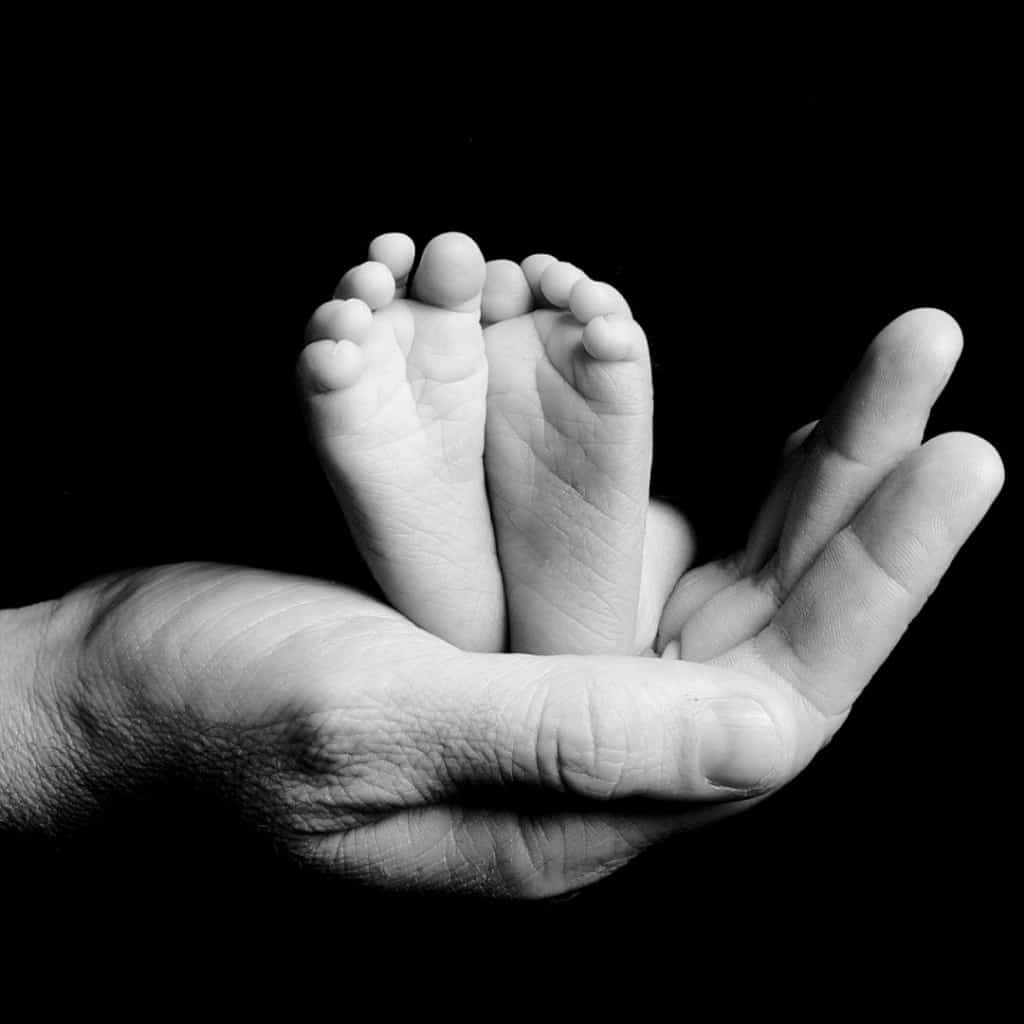 At the end of the day, it doesn’t really matter how many imaginary problems you come up with, how revolting your room is, how bad your music is, and how many times you say you hate us on social media, because we will be the ones there for you when everyone else is gone. We will fight, we will risk our own lives, we will do anything to ensure you are safe and well. Hate us all you want, but when it comes down to it, we will turn into Arnold Schwarzenegger to keep you from harm. Don’t believe it? You’ll have to trust us. Because you are our babies. No matter what.