15 Reasons Why Owning A Labrador Is The Best Idea Ever

The saying “A dog is man’s best friend” holds quite a bit of truth. Dogs don’t have mood swings, are always happy to see you, won’t complain about your cooking, and are loyal to the end. You will never find another creature or person who is as loyal as your dog. Dogs bring unmatched happiness to their owners’ lives, from companionship to laughs. An especially loyal breed is the Labrador. Black, chocolate, or yellow, no matter the color a lab will always bring an incredible amount of smiles and love to your life. While playful and adventurous, Labradors are also extremely laid back, and will be perfectly content with anything from going fishing and hunting to lounging on the couch watching hockey. The following list is fifteen reasons why owning a lab is easily one of the best ideas ever. 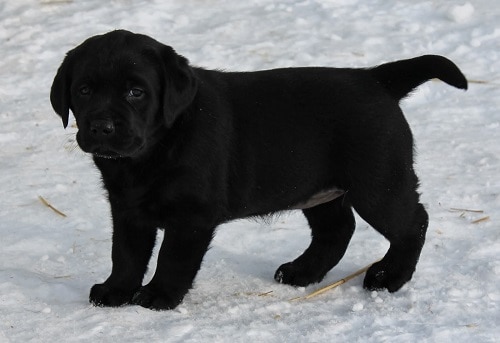 One of the absolute cutest things in this world is a pudgy little six week puppy. From watching them learn to walk and falling over every other step to watching them play and explore the world they were born into, everything a little pudgy ball of fur does is adorable. There’s nothing quite like watching a lab grow up from a little puppy to an old dog and having them live their lives beside you.

2. Watching Them Dream and Sleep Brightens A Bad Day Like Nothing Else 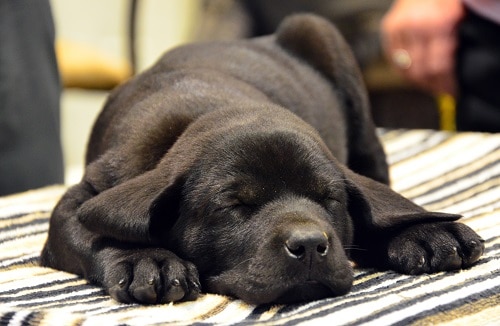 Dogs dream like people do. From food to catching prey (be it a duck or a squeak toy) to running through fields and playing, dogs dream just as vividly as us. There are very few things in this world that are more adorable than watching a sleeping puppy woof in its sleep as it runs its tiny legs after whatever it’s chasing.

3. You Cannot Have a Bad Day When You Come Home to a Basket of Lab Puppies 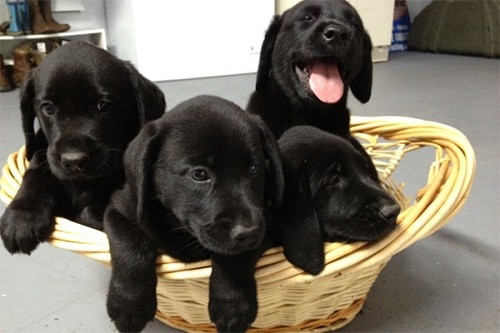 Well, a basket of any kind of puppies in general, but there’s just something even more heart-warming about coming home to find a basket of little black lab puppies wagging their tails and tumbling over each other trying to get out to come say hi to you. Even if you’ve had the worst day known to mankind, like losing your job, having your car get totaled, getting dumped, or finding out your mother-in-law is coming to town for the holidays, lab puppies will always be there to cheer you up and give you puppy kisses until you feel better.

4. Watching Them Experience Snow For The First Time is Priceless 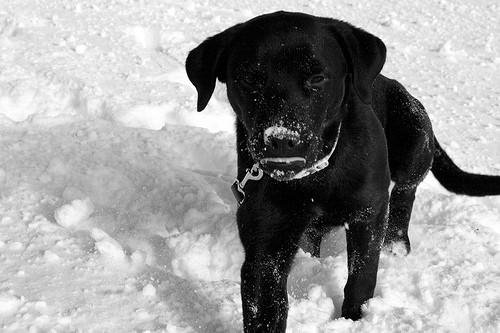 Dogs in general are curious animals, this is even more so with puppies. Everything is a new discovery to them, with new feelings, sights, smells, and sounds. One of the most adorable things a person can witness in their life is watching a puppy experience snow for the first time. Unless you live some place like Florida, you are bound to see this at some point in your life if you raise a puppy. If you live some place like Illinois, it’s pretty much guaranteed that your puppy will run outside and either sink into the snow because the snow’s higher than they are, or they’re going to get snowflakes stuck on their nose as they sniff out this cold, white stuff falling from the sky.

5. They Will Let You Dress Them in Funny Costumes 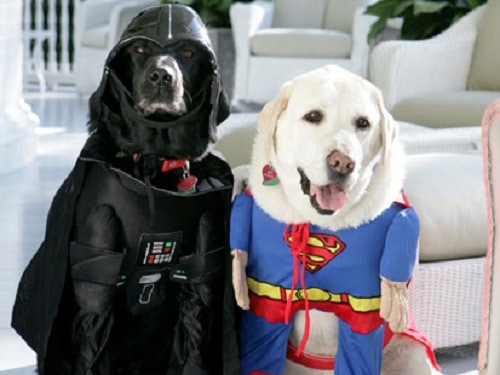 Unlike cats, most of whom will maul you for trying to put them into a costume, dogs, especially the extremely laid back Labradors, will let you dress them up and go along with it. Regardless if you’re dressing them as Darth Vader, Batman, or a bumblebee, labs will let you dress them up, tails wagging all the while. For them it’s not about what costume they’re wearing or whether it will make them look weird, it’s the fact you’re spending time with them and showing them attention. A lab will be perfectly okay with you putting a tutu on them; not because it’s a tutu, but because they’re bonding with you.

6. They’ll Keep Your Spot On The Couch Warm 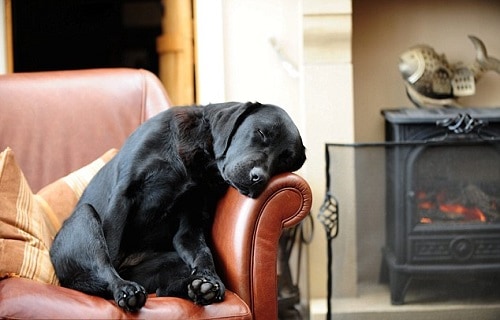 There’s nothing like relaxing on the couch watching the hockey game after a long day of work. However, one of the worst feelings in the world is having to get up from your comfy spot to do whatever, go to the bathroom, grab another drink, what have you. Never fear though, because your lab will jump up and keep your spot warm until you get back. Sometimes they wont even move when you get back because it’s not warm enough for you yet…or they’re comfy, we’ll never know. Either way, you know your lab has your best interests in mind when he or she steals your spot.

7. It’s Impossible Not To Smile When You See a Lab 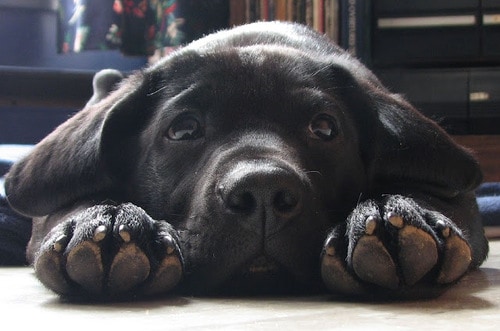 This is even more true when the lab in question is an adorable puppy. You could have had the worst day known to mankind but all of that dissipates when you see an adorable face looking up at you. Dogs can sense our emotions, they know when we’re not feeling well, are upset, happy, and everything in between. They’ll do everything they can to cheer us up, from bringing us their favorite toy to showering us with kisses and until we can’t help but smile. 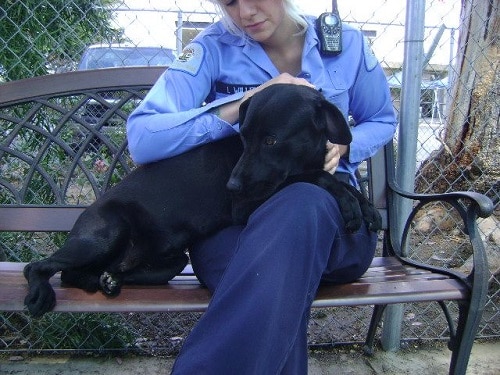 Labs are one of the most loyal dog breeds around. Be it to their owners or other dogs, when you have a lab by your side you have a friend for life. Your lab will be with you till the very end, and would give their life for you without a second thought. It’s not uncommon to see labs traveling with each other as strays, foraging for food, or for them to stay with their owner even when they’re living on the street. 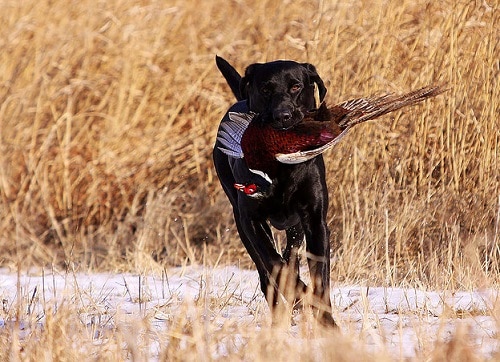 Labradors are the main breed used by hunters for hunting and retrieving game. Thanks to years of breeding and tradition from the old days, labs have a natural instinct to retrieve things, such as game their owner has shot down or the tennis ball they threw. Whatever the object is, a lab will retrieve it without a second thought. Now, getting them to drop it is another story, if yours is stubborn like mine. Labs are also the hale and hearty types, so be it raining, cold and snowing, or anything in between, a lab will hunt with you no matter the weather. Unless you have a spoiled one like mine, who’d prefer to not be out longer than he has to when it’s snowing and would rather stay inside on the warm bed. 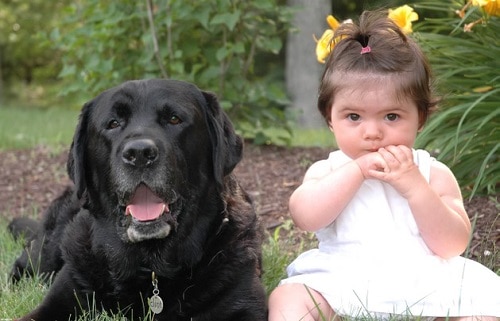 Labs are extremely protective of their family and territory. They will defend their family to the very end, no matter what it takes or who they’re facing. Female labs especially are extremely maternal, and will treat other puppies and babies as their own.

11. They’re Always Happy To See You 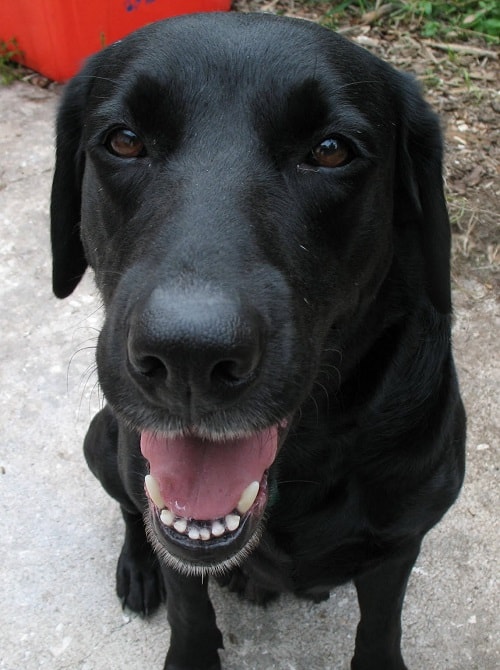 There’s a saying that I grew up with, “Lock your wife and your dog in the garage for a day and see who’s happier to see you when you let them out.” The answer is always going to be the dog. Regardless of whether you have food (which always brings a smile to a dog’s face), a dog will always be happy to see you. If you’ve been gone for a week, a few hours, or five minutes, a lab’s reaction to seeing you will always be the same. They’ll wag their tail, come greet you, and slurp you like crazy. A lab doesn’t care why you left or where you went, they just care that you’re back.

12. Their Faces Show How We Feel Sometimes 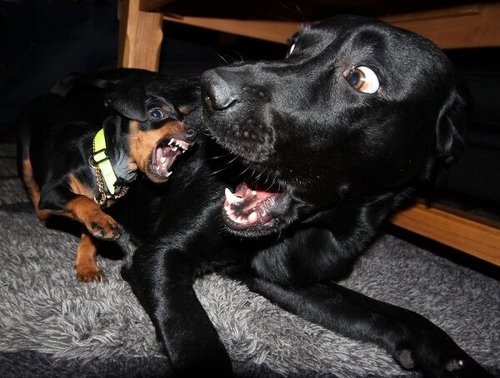 As previously stated, dogs can sense our emotions and feelings, sometimes expressing what we wish we could but can’t for the sake of keeping peace with whoever’s around. Be it a showing of disgust, shock, or fear, you can always count on a lab to help you convey your emotions even when you physically cannot, because they look out for you like that.

13. They’re Great At Picking Things Up 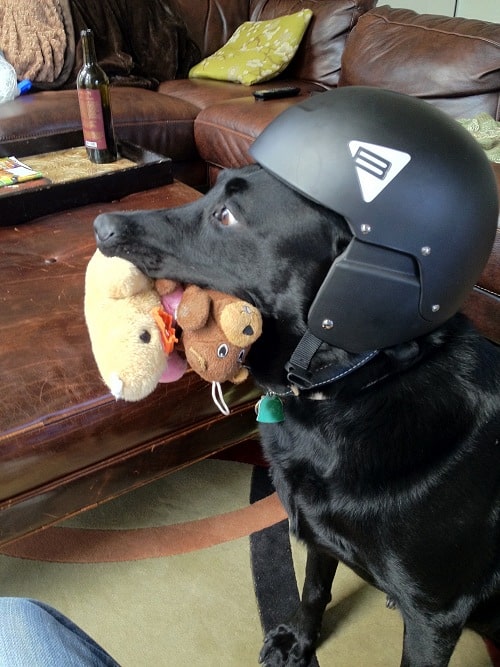 A labrador will always try and fit as many toys or balls into his mouth as he possibly can. This is a great trait for when you have to clean the house and have a ton of toys lying around because your dog loves going on a rampage with them and scattering them around. While it’s hard to get them trained to pick up shoes and laundry, toys are a start and hey, one less thing you have to pick up.

14. They Appreciate The Little Things 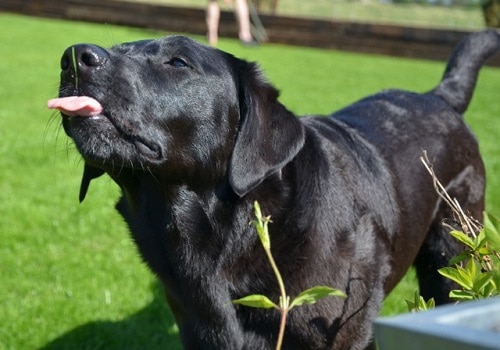 A labrador doesn’t care what kind of car you drive, how much money you bring in, how you look, or anything else that people care about. They care about having someone in their lives that cares about they and whom they care about. While people spend their days running around trying to get everything done and stressing about what others think of them, labs stop and literally smell the flowers. They don’t care about trivial things or what other dogs think of them. They take everything in stride and appreciate the little things like playing with a ball or having a yard to run in. 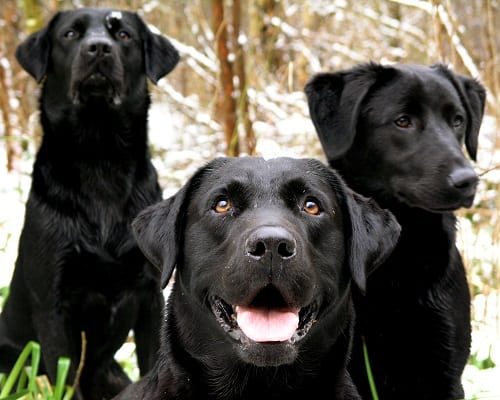 You can’t ask for a better friend to go through life with than a labrador. They’ll be by your side through thick and thin and their love for you is unconditional. Even if their previous owner abused them or they got abandoned at a young age, once they get to know you, they’ll love you like you’re one of their pack, because to them you are. When you have a Labrador in your life, you have a friend for life, no question.