15 Most Bizarre Flowers From Around The World

In the world of flowers, you’ve probably heard of the usual: roses, tulips, daisies, wildflowers, hydrangeas and peonies. These are stunning, but common. They also seem “normal” and friendly. However, this can’t be said for all flowers though. There are many flowers that look like typical and familiar things, but flowers would not be one of them!

Get ready — these flowers are bizarre, strange, scary, adorable, entertaining and shocking. And yes, some happen to be devastatingly beautiful, too!

Did You Pay For Those? 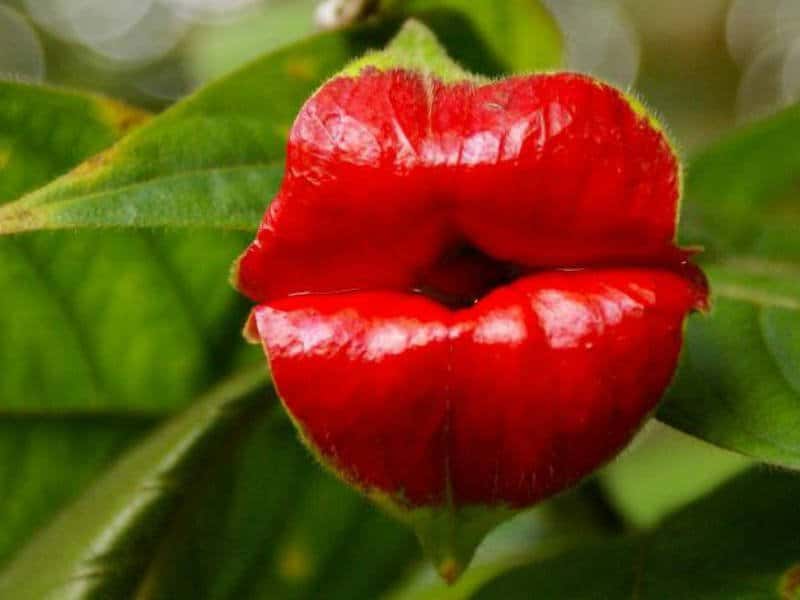 Have you heard of Hooker’s Lips (Psychotria elata)? Trust me, no one’s being insulted here. It’s just the name of a very beautiful flower from Columbia, Costa Rica and Panama. And it has bracts (leaves that produce very small flowers) that look like the kind of lips everyone is spending a fortune on these days. It’s only good for a smooch for a few days though, after which the “lips” part and reveal tiny flowers inside. Pucker up!

No Need To Hush Little Baby 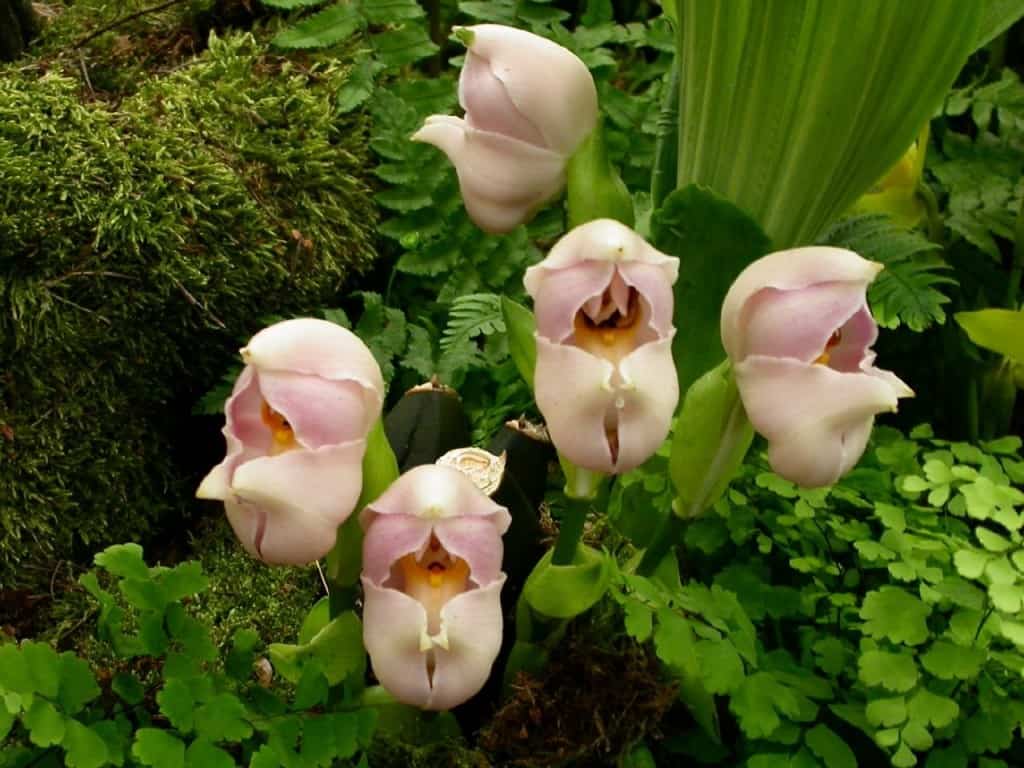 These might be one of the sweetest flowers in the whole wide world, not because of their scent, but because the flowers look just like Swaddled Babies (Anguloa Uniflora). Inside the “blanket” is what appears to be the face of a baby. Found in the Andes Mountains in Columbia, these sweet things can be adored, but will not keep you up all night! 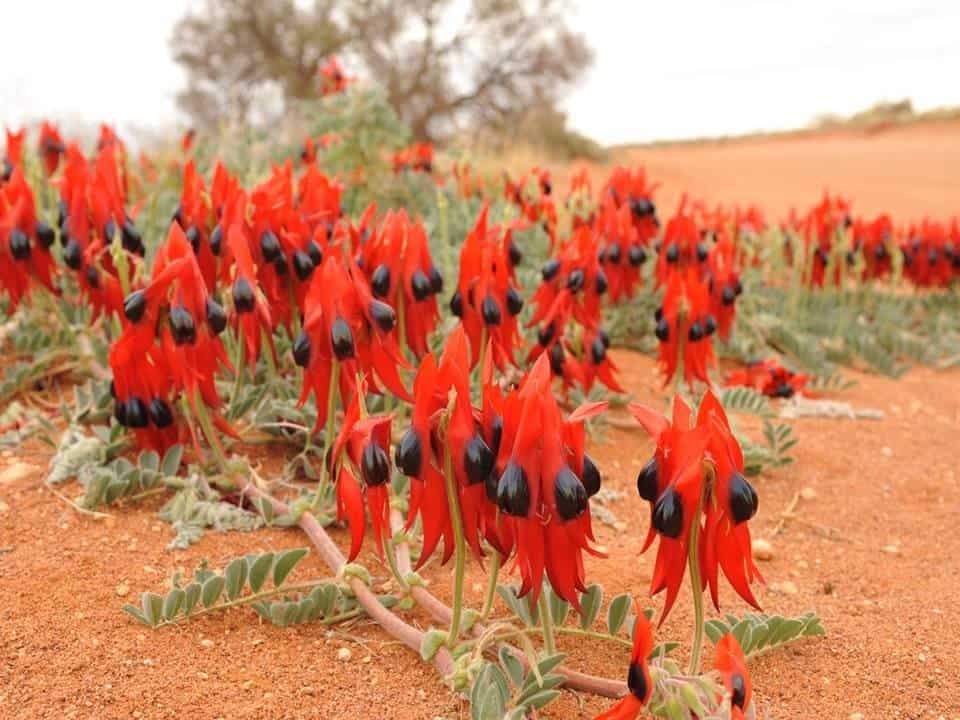 The Desert Pea (Swainsona Formosa) is one strange and beautiful flower. It grows wild in Australia, but before you schedule a trip and think about grabbing some of these, stop! It’s illegal to pick these without the Australian government’s consent. Besides, they are striking in appearance, but look more like a pack of aliens waiting to abduct you than they do a pea. Or flower for that matter. 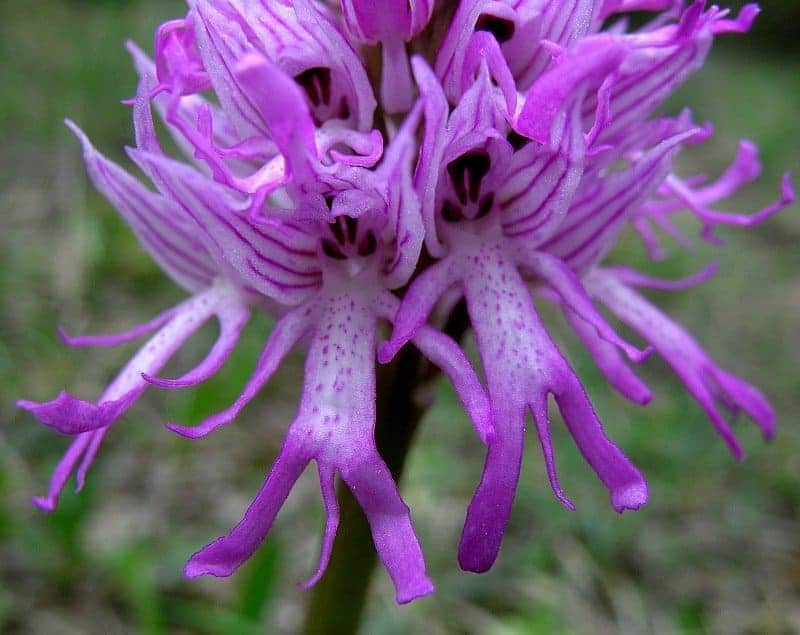 This one, the Naked Man Orchid (Orchis italica) is hilarious. Found in the Mediterranean regions, the tiny flowers have all you might expect to see if observing a naked man: eyes, a smile, arms and legs, and yep, a penis. And double yep, they do come in all lengths and sizes! Ahhh… a smiling naked man who keeps quiet and looks cute. Did some goddess create this one? 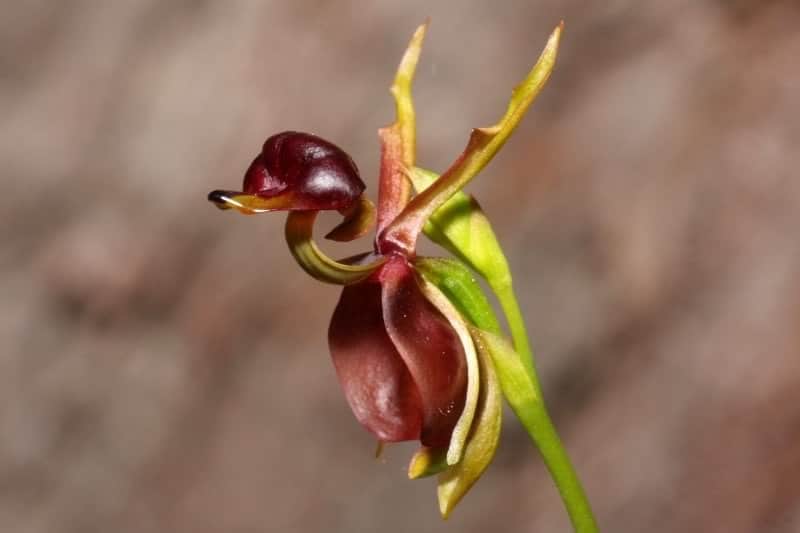 The Flying Duck Orchid (Caleana Major) is native to Australia and looks just like flying ducks, including the shape of its beak, and “flapping” wings. You’ll have to book a trip to Australia to see them though.

Pass On This Drink 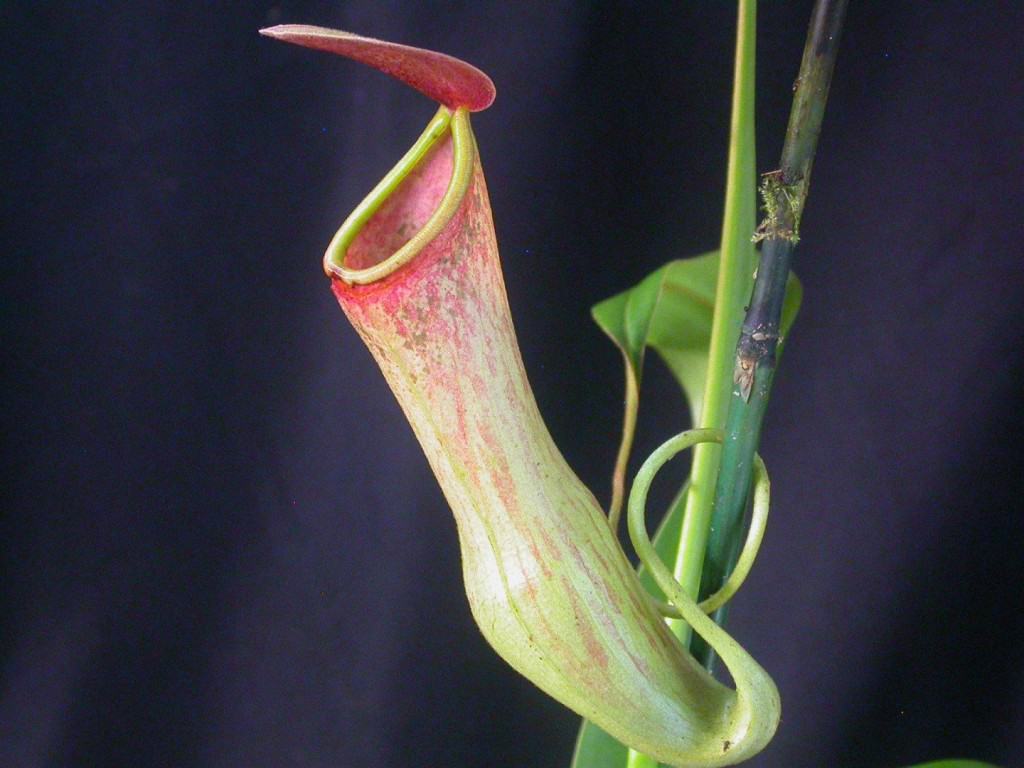 The Tropical Pitcher Plant (Nepenthes), or Monkey Cups as they’re known, grow in Madagascar and Australia, but are most common in the Indonesian jungles. It is carnivorous, attracting and trapping insects with the sweet nectar inside their cups, then dining on them. Bottom’s up! 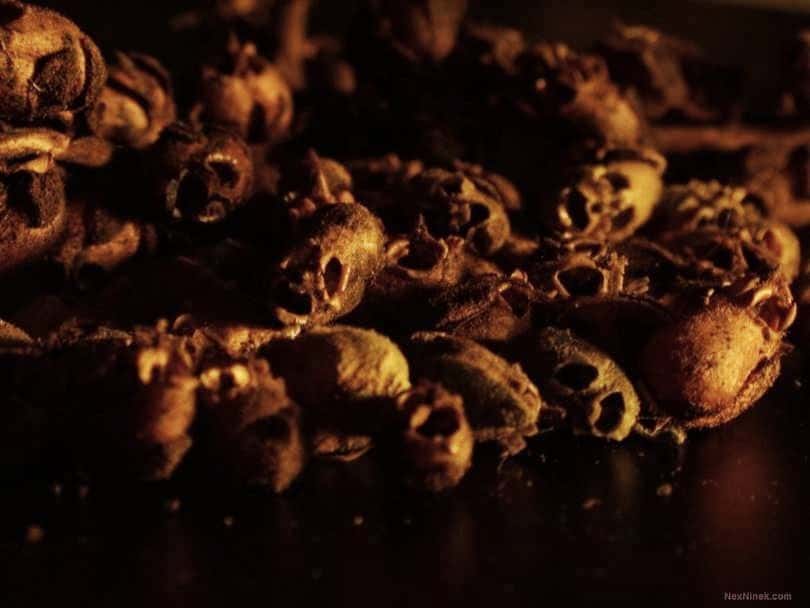 Talk about life cycles! The Snap Dragon (Antirrhinum Majus) is a visual feast for the eyes with their bright colors and lovely scent. Like most flowers, their blooming cycle comes to an end and they leave behind a pod and go to seed. Only, theirs are unique; Snap Dragon pods look like skulls — a brilliant (and strange) completion to its life cycle! 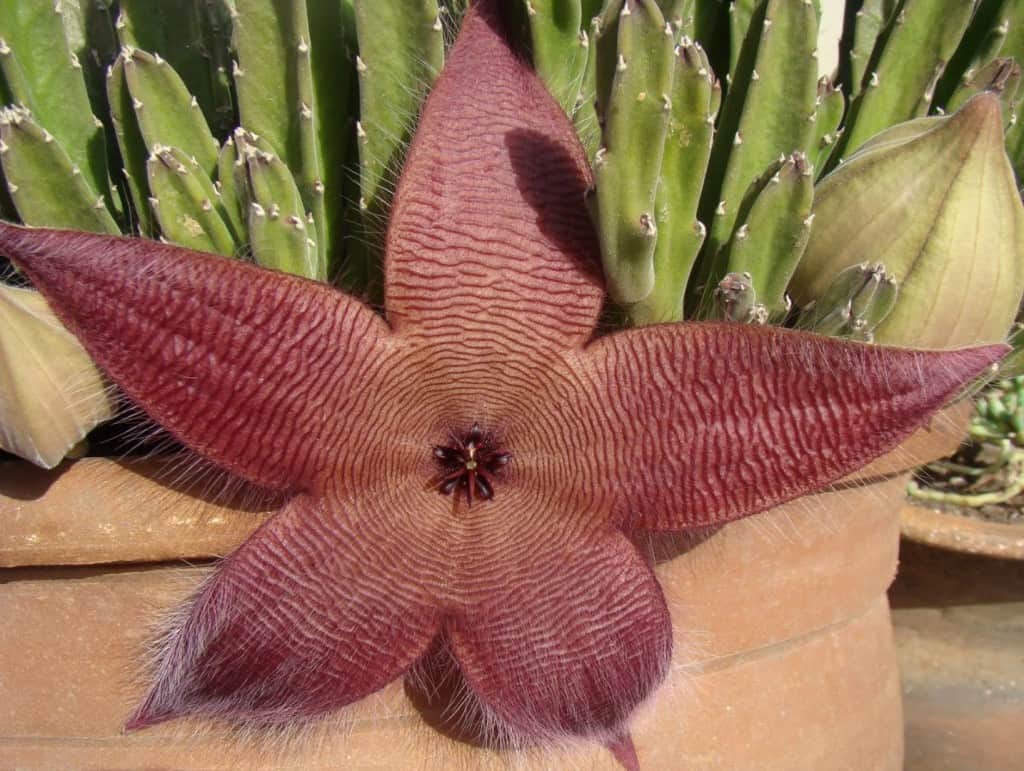 This leather-looking hairy thing appears more like fabric that a living flower, but it is alive. With the Star Flower (Stapelia grandiflora), you only need to take a quick whiff to know it’s true. This beauty, like the Corpse Flower, smells like rotting flesh so it’s no surprise that it’s recommended to keep this blooming flower outdoors!

How Many Monkeys Are Jumpin’ On The Bed? 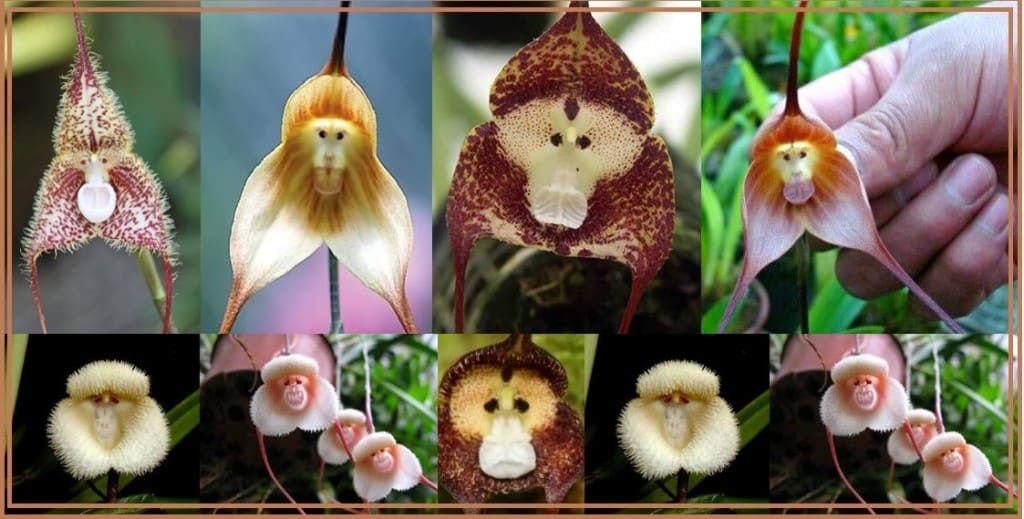 It’s obvious where the Monkey Face Orchid (Dracula Simia) gets its name. The flower has two eyes, eyebrows, a nose and beard, which forms the face of a monkey. Found in Peru and specific parts of Ecuador, its year-around blooms smell of delicious ripe oranges. 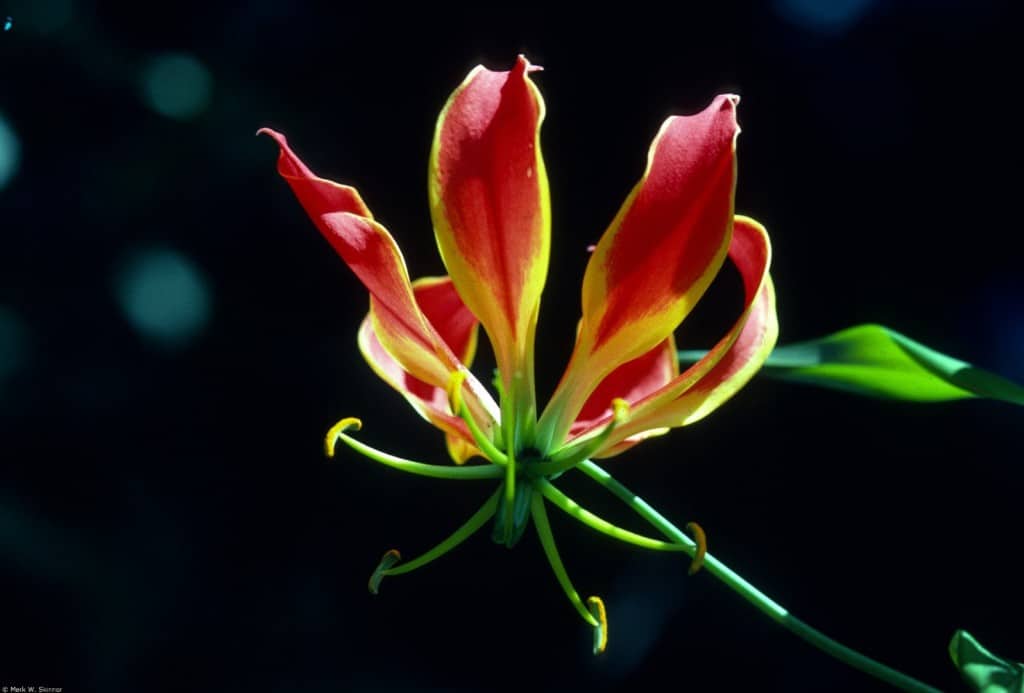 These remarkable flowers look like a fire, complete with the graduated colors ranging from yellow to deep red. The Flame Lily (Gloriosa superba) grows in many parts of the world and funny enough, this exquisite beauty actually falls in the category of a weed. 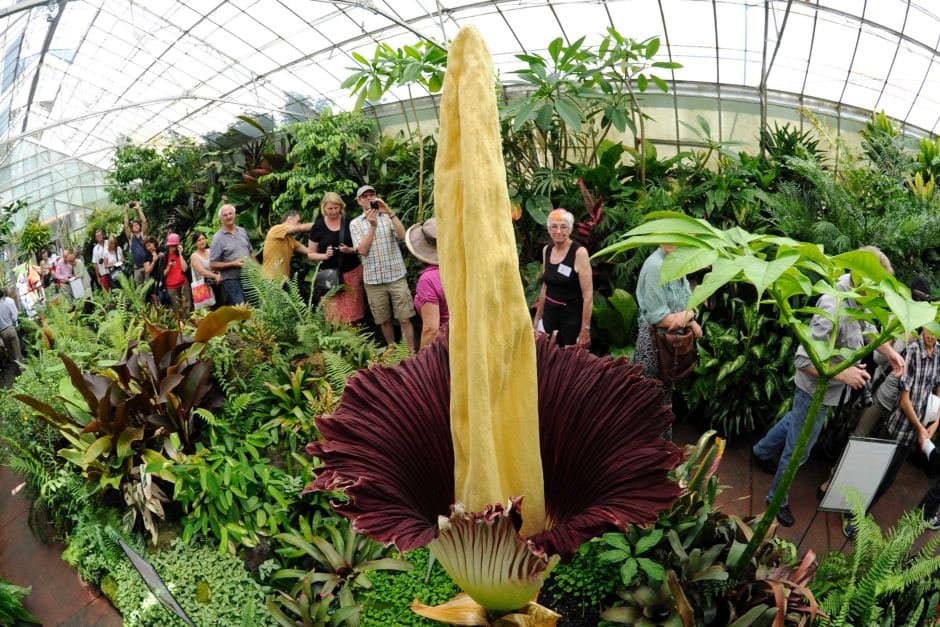 The Corpse Flower (Amorphophallus titanum) is one strange and deadly flower. Today it can only be found in the rainforests of Indonesia. Not an actual flower as we know it though, the Corpse Flower is really a fungus. Also, it carries the unmistakable fragrance of, you guessed it, a dead body.

Most Beautiful Snake You’ll Ever See 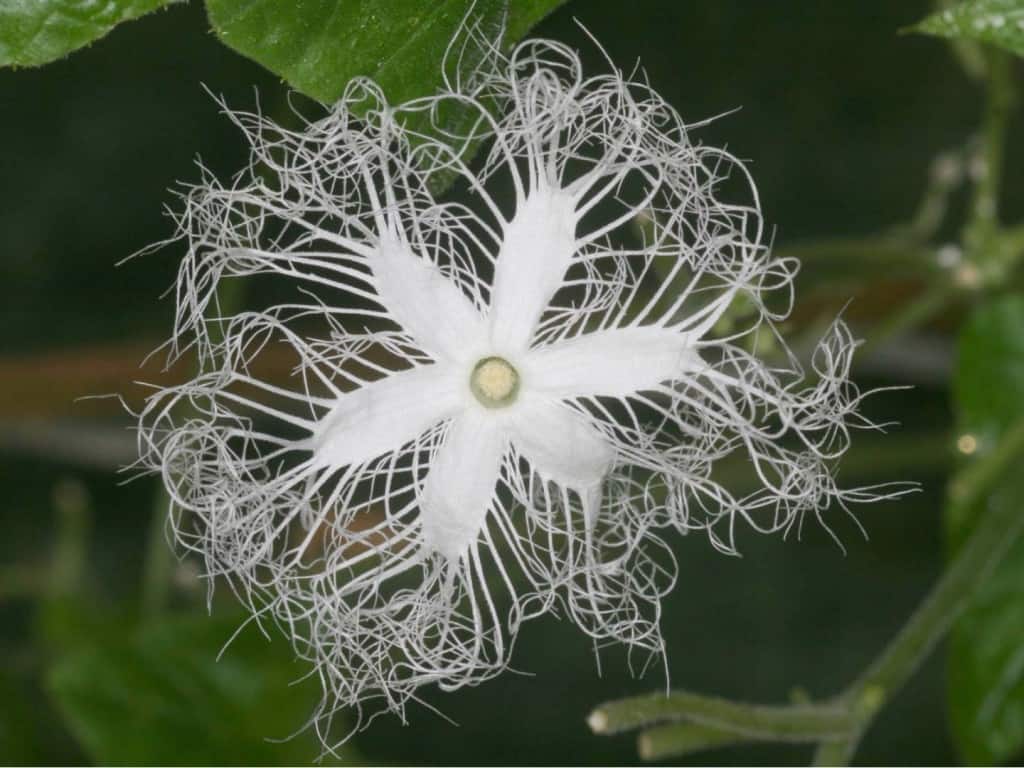 The stunning Snake Gourd Flower (Trichosanthes cucumerina) looks as delicate as a snowflake, which it resembles far more than a snake, like its name suggests. A member of the pumpkin family, the Snake Gourd used to grow as a wild vegetable in India. 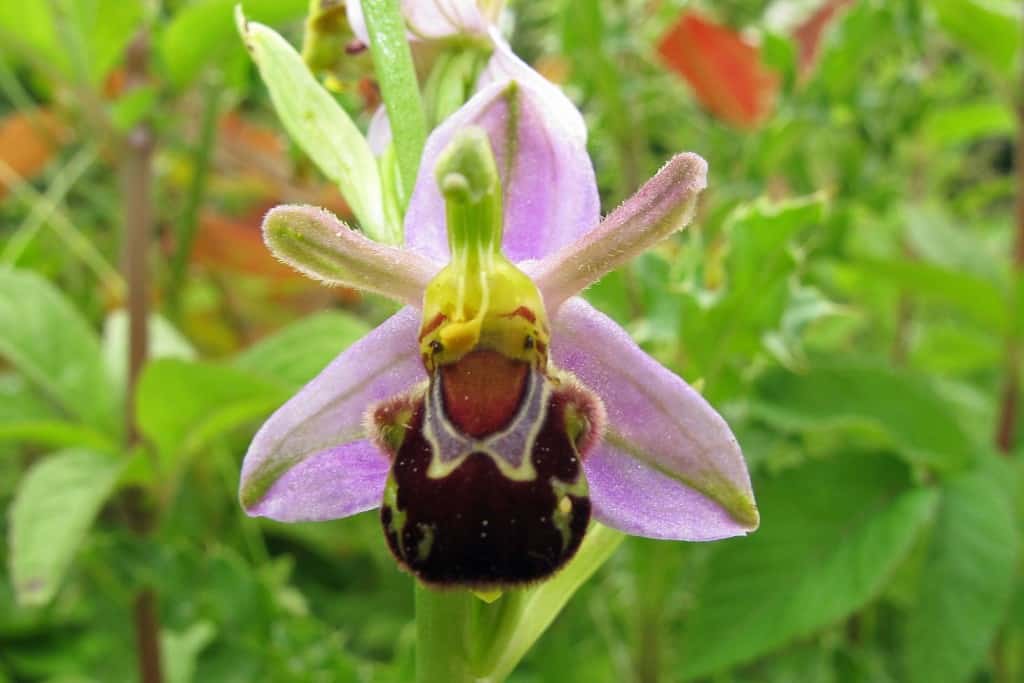 This little guy is so cute; it makes you want to tickle him. The Bee Orchid (Ophrys Apifera) is found in Europe, the Middle East and North Africa, and with its smiling face, looks more like a Disney character than a flower. Also, they self pollinate and mimic the smell of the female bee which encourages the male bees to get their groove on with the ladies. So that’s what this bee is smiling about!

Where You Find Bees There’s Honey 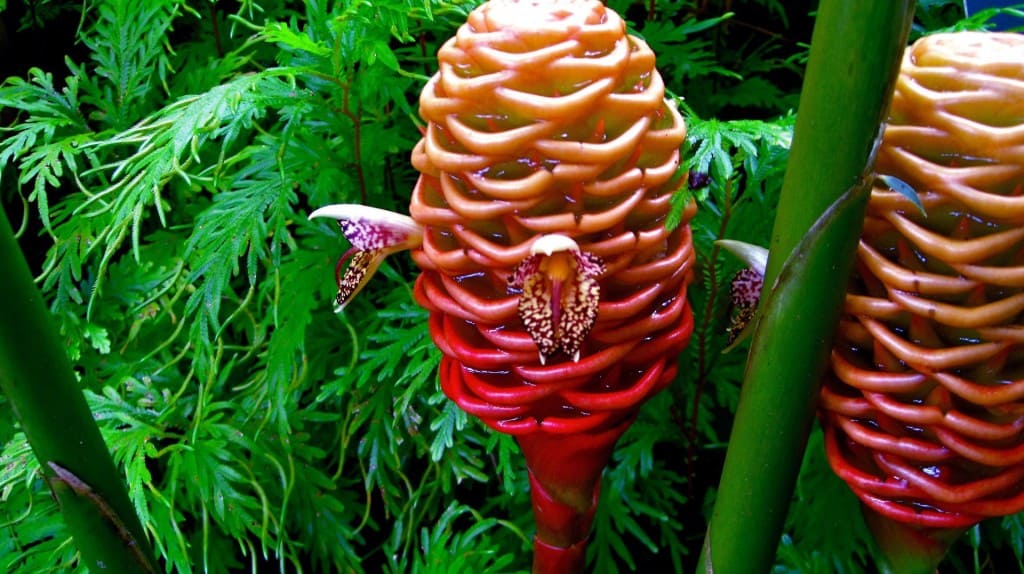 Where there are bees, you’re likely to find honey. Well in this case, a “honeycomb” is what you’ll find. The Beehive Ginger (Zingiber spectabile) is a flower that looks like a honeycomb and like their name implies, they’re part of the ginger family (not pines as you might think). They produce small white flowers and the plant can grow up to 6 feet tall. And sorry, but there’s no honey coming out of these guys!

Devil On Your Shoulder 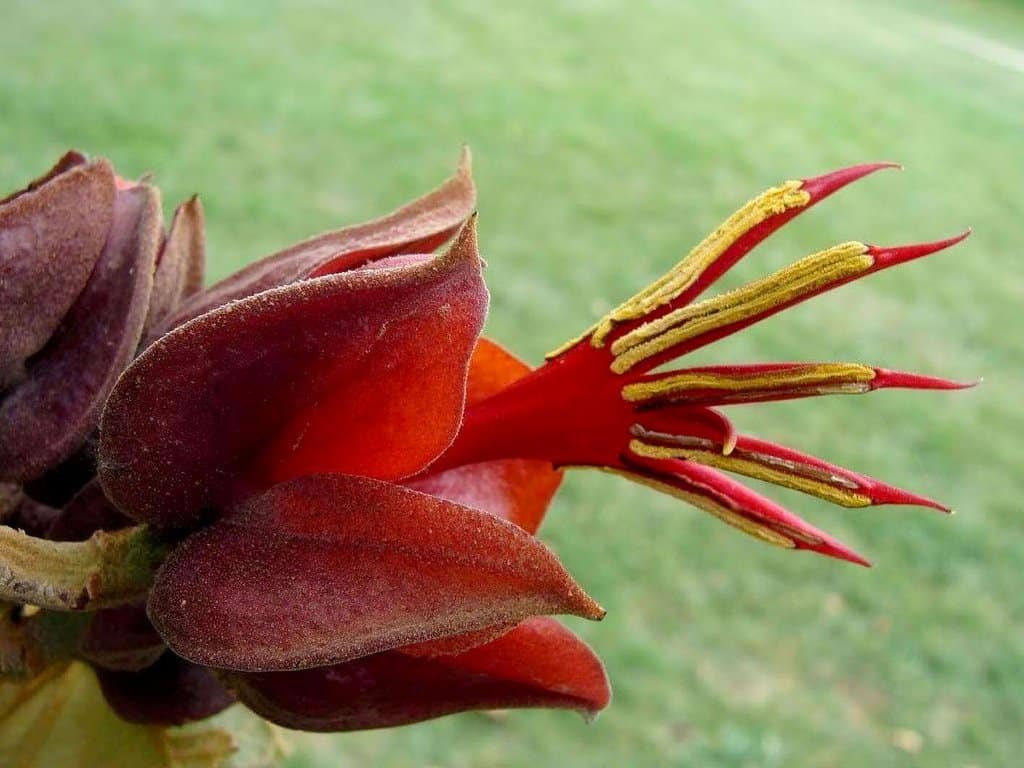 The Devil’s Hand (Chiranthodendron pentadactylon) is a wicked looking flower that grows in Mexico and looks like a creepy hand that’s made of chili peppers. The fruit it produces has been used for generations for medicinal purposes. If you find them frightening, brace yourself — these guys grow up to 90 feet tall. Talk about the devil in your midst!