10 Visually-Stunning Festivals From Around The World

The human cultural experience is one of the richest facets of our existence. We are immensely diverse in our cultural constructs around the world, and every country has owned their identity while gently refining it over time. Festivals that happen each year in different parts of the world play a major role in exposing these cultures to different communities in order to allow a free-flowing exchange of ideas and information. This list highlights those festivals from around the world that are visually-stunning and need to be visited at least once in order to treat your visual sense. Here is the list of 10 awesome looking festivals from around the world.

The Burning Man is an annual festival that takes place in a different desert each year. This is a festival that promotes individuality and self-expression, which means that people are encouraged to be as innovative as possible during this celebration period. This is an extremely unique festival and you will definitely get to witness some rare and bizarre sights that you may not come across anywhere else. The festival also ends with the burning of a giant wicker man that is also quite the sight to behold. 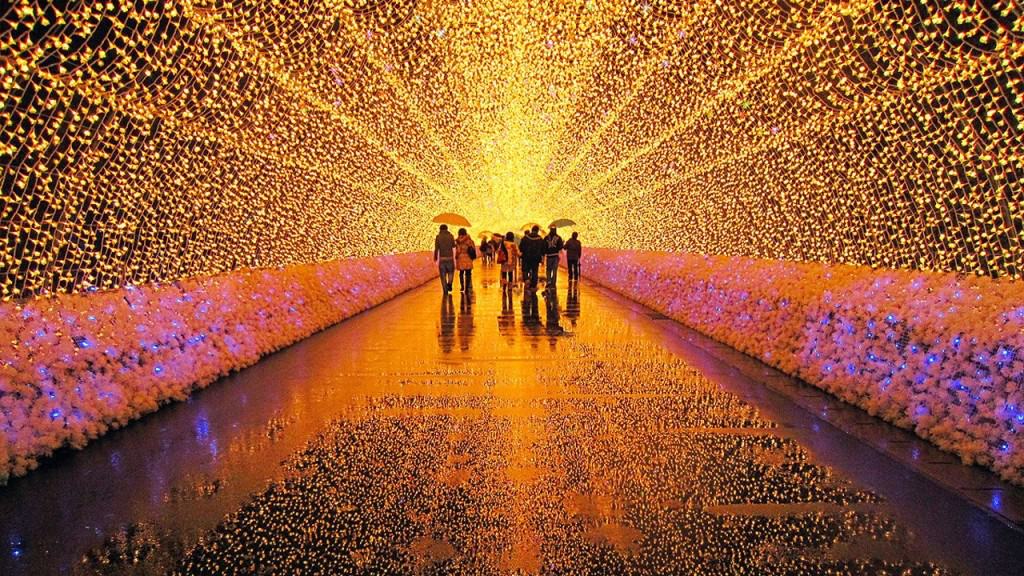 This festival is celebrated during the winter season in the Kuwana City of Japan. The location of the festival is the flower-focused botanical park called Nabano No Sato. Millions of LED lights are used to light up this park in glorious ways, providing audience members a truly memorable experience that combines nature and technology. 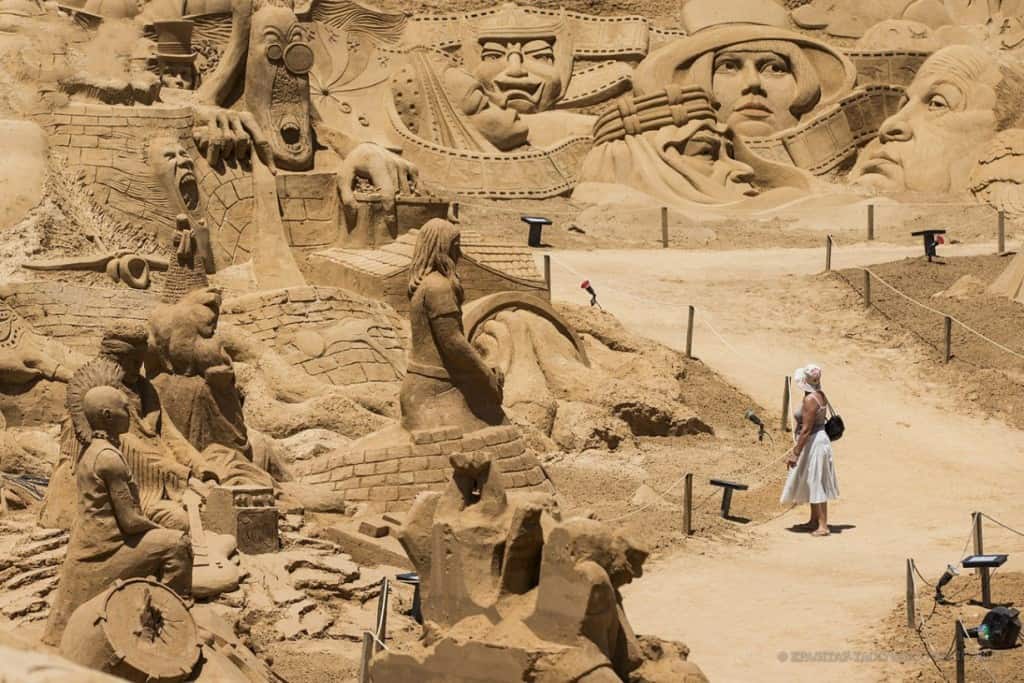 The International Sand Sculpture Festival in Portugal is the largest sand sculpture festival in the world. Nearly a hundred artists assemble here each year to utilize close to 50,000 tons of sand to build many works of art. The festival has a new theme each year which makes it unique and exciting every time you visit it. 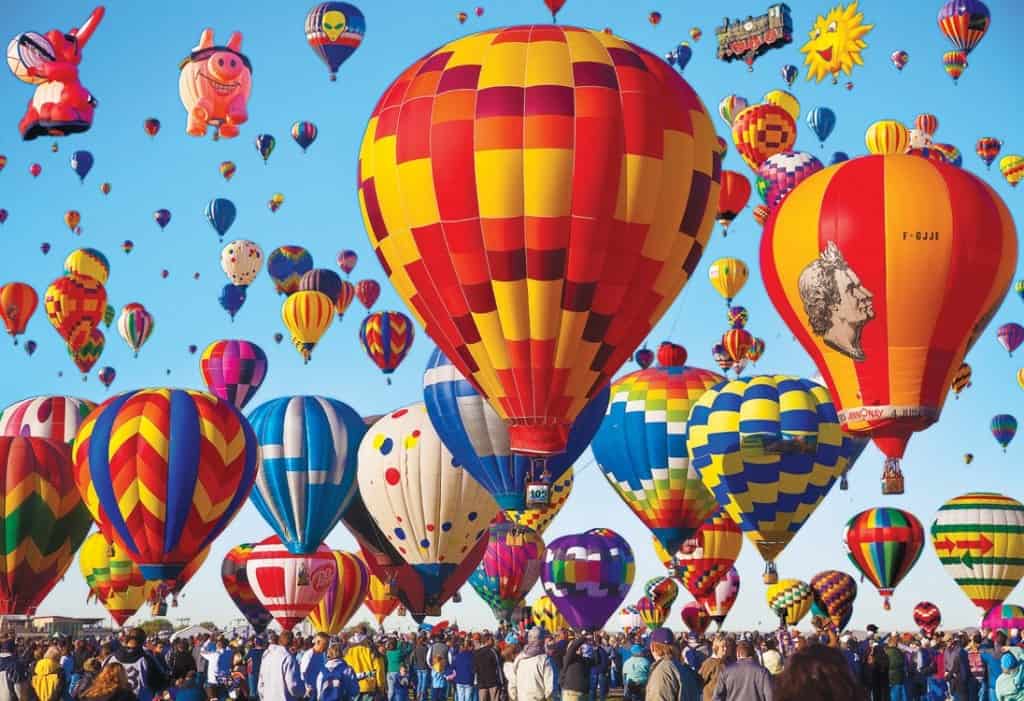 The Albuquerque International Balloon Fiesta is an annual event that occurs over a period of nine days. Here, a massive number of balloons of different shapes, sizes and patters take to the sky and stay there for the duration of the festival. These balloons are also usually created by various artists who provide a thematic touch to their work. Watching the thousands balloons stay afloat during the festival is considered to be quite the visual treat. 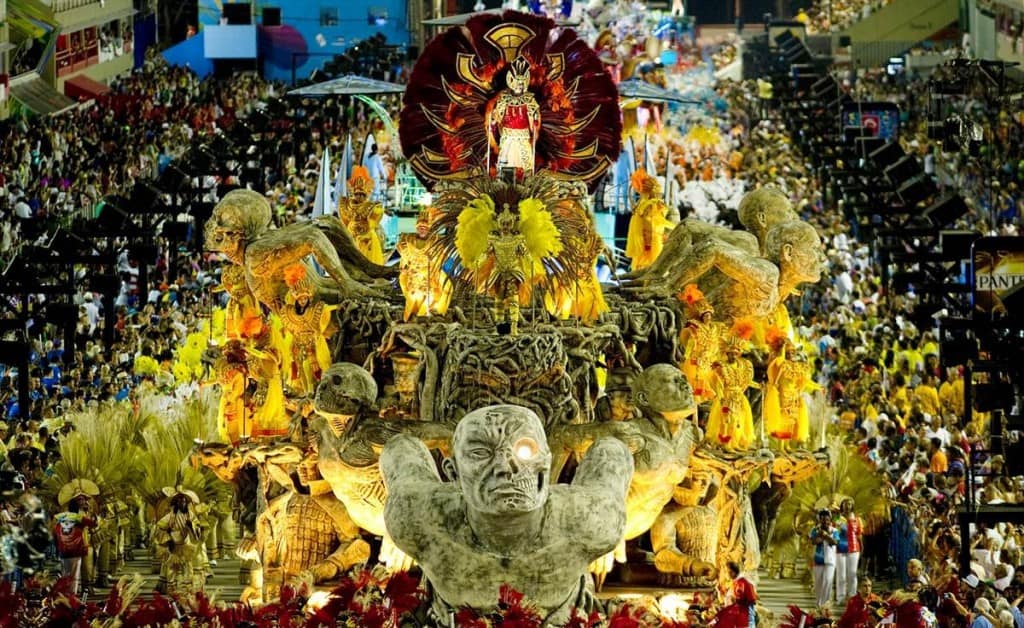 The Carnival of Brazil is one of the most popular festivals in the world. It is celebrated to mark the period of Lent and is a massive extravaganza of color, lights, music and pomp. The exotic samba dancers are supposed to be the main attraction of this festival. 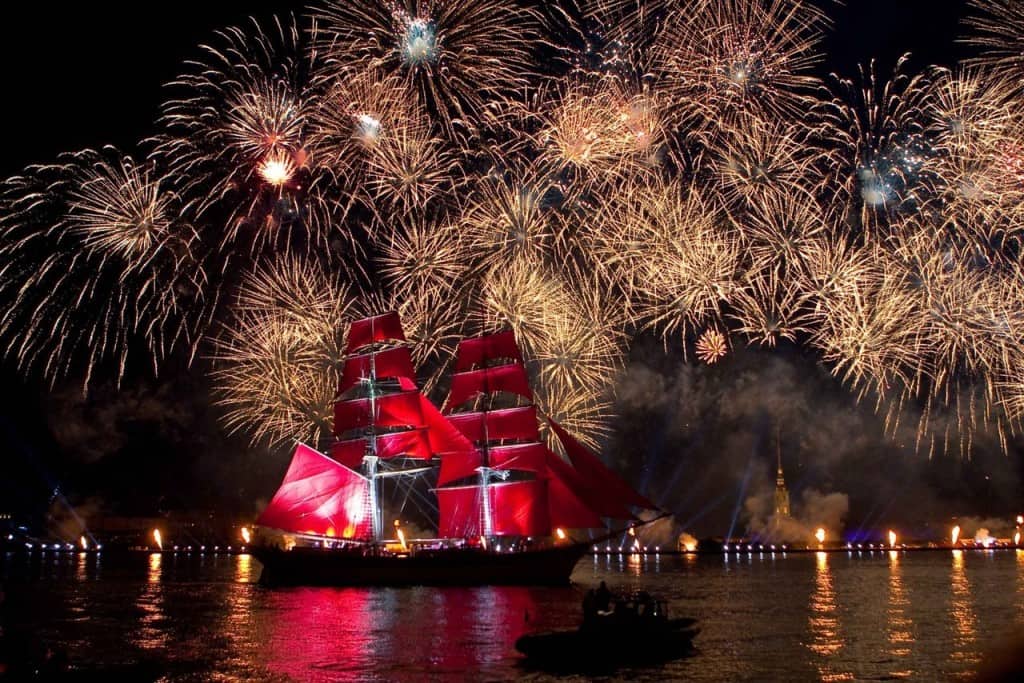 This annual international arts festival is celebrated in the Arctic Circle regions near St.Petersburg in Russia. Its main attraction is the Scarlet Sails, when a ship with actual scarlet sails sets off along the Neva River amidst beautiful lights and fireworks with many performances in the background. This is supposed to represent the freedom from schools and rules and is a tradition that began after World War II. 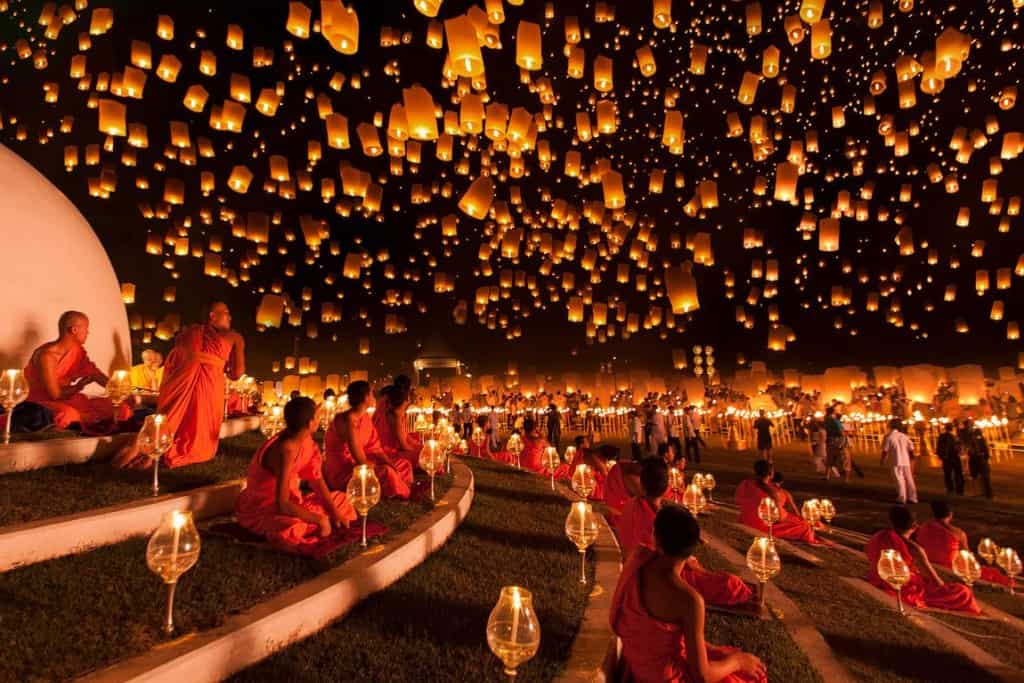 This festival has been celebrated in many Asian countries since the Hans dynasty. It is usually celebrated on the 15th day of the lunar calendar which marks the last day of the lunar New Year. On this day, thousands of sky lanterns are launched into the night almost simultaneously, making the sky appear to be brimming with celestial beings at a much closer range. This makes for an extremely special visual treat. 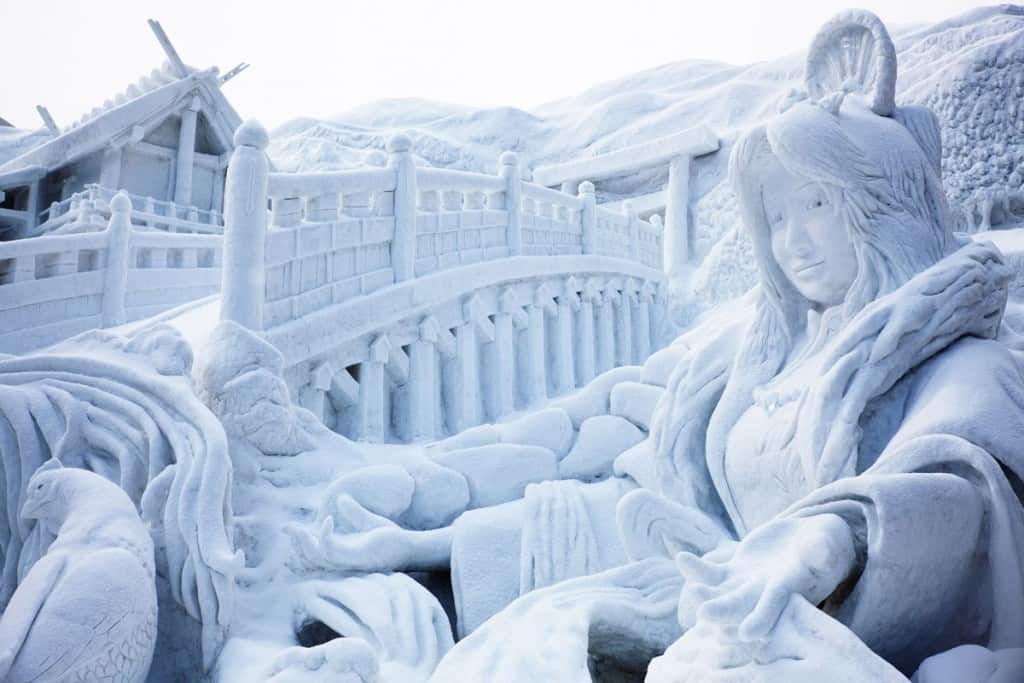 This festival is conducted over a period of seven days in the month of February in Sapporo, Japan. This event began in 1950 and is now considered the largest winter event in Japan. You get to witness many extravagant snow sculptures during this festival and millions of people from around the world fly to Japan to participate in this unique experience. 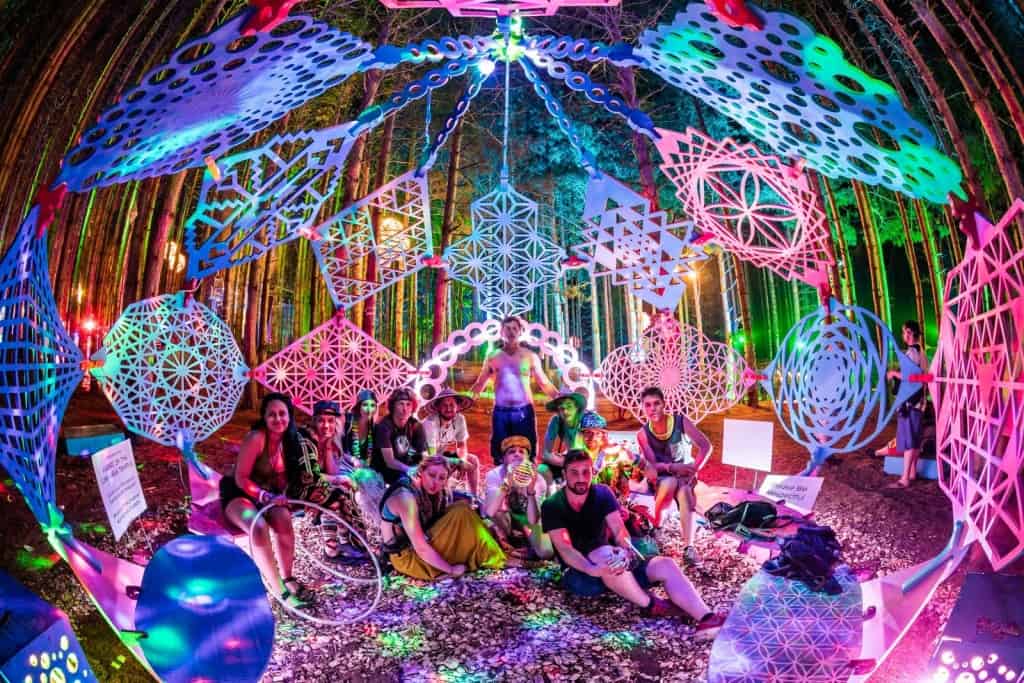 This festival is just about a decade old now but has garnered quite the reputation already. It is a four-day event held at the JJ Resort in Rothbury, Michigan and is focused on electronic and jam bands. It is famous for its amazing and psychedelic laser light shows that blend with the music being performed in the background. 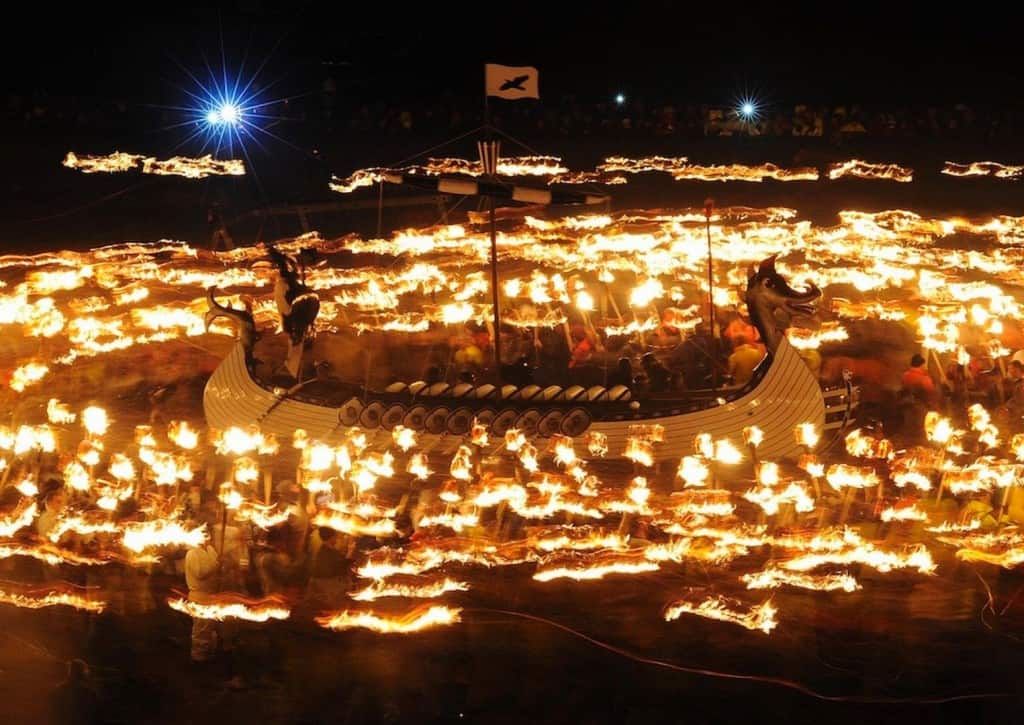 This festival is celebrated every year to mark the end of the yule season in Scotland. This happens during the winter season and a large processions consisting of huge guizers ensues. Thousands of people dress up in themed, period-clothes and attend this festival while the procession finally ends with the torching down of a replica Viking longship.