Just because an animal looks ostentatious doesn’t mean it’s harmful. And, just because an animal looks cute and fluffy, doesn’t mean it’s ready to have a good time and play with the kids. From strange looking animals that can suck the life out of anything to those who appear to have been super-sized, here are 20 strange animals from around the globe that, for one reason or another, prove to be better from afar than up close and personal. 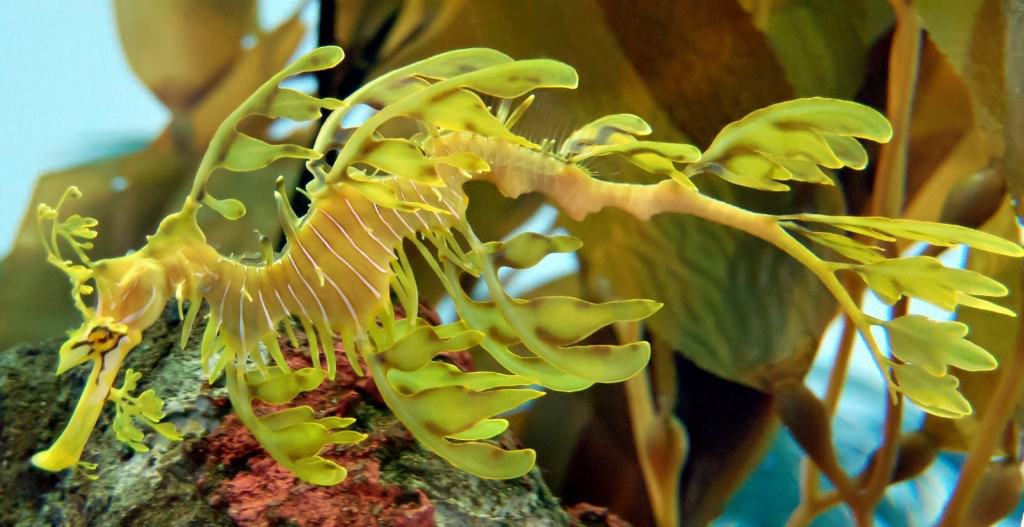 The Leafy Sea Dragon is a member of Syngnathidae family, which also includes seahorses. This animal is strange because it looks like a mythical dragon, although it has no teeth. In fact, their shape is the same as dragons from Chinese culture, just smaller, obviously. 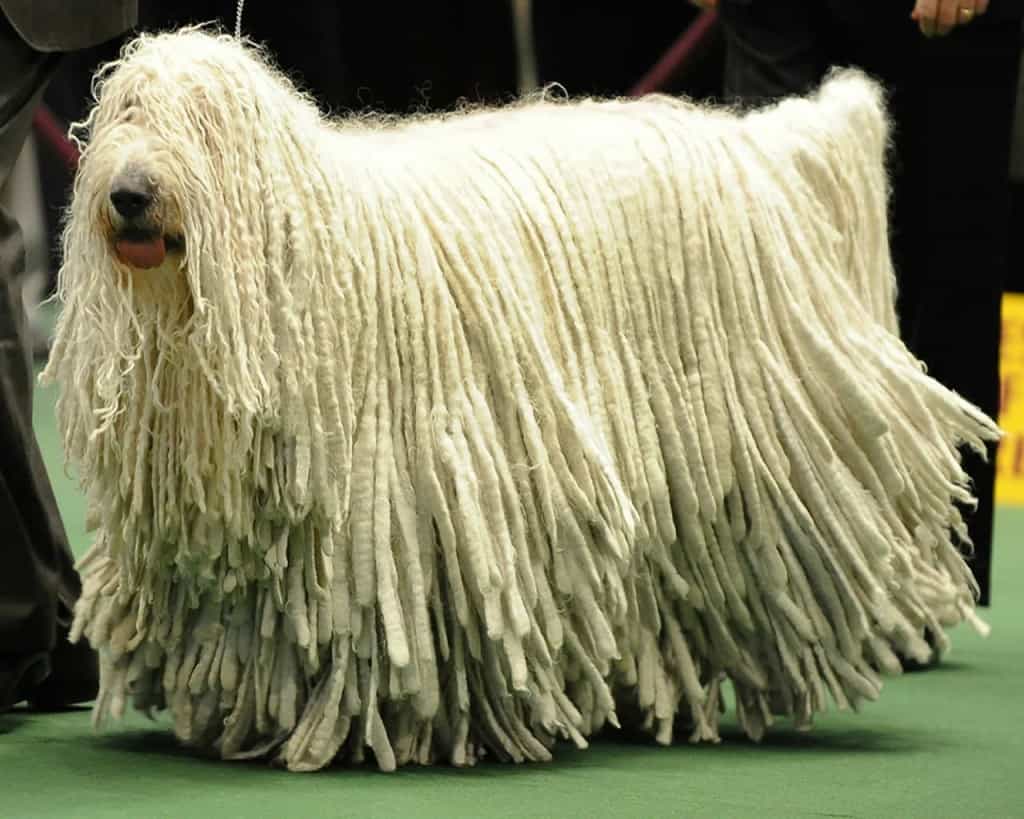 Originally bred as a livestock guardian, a Komondor Dog can be your next pet, if you’re looking to shock your neighbors. It’s a descendant of Tibetan dogs that were brought into Hungary between the 9th and 14th century. 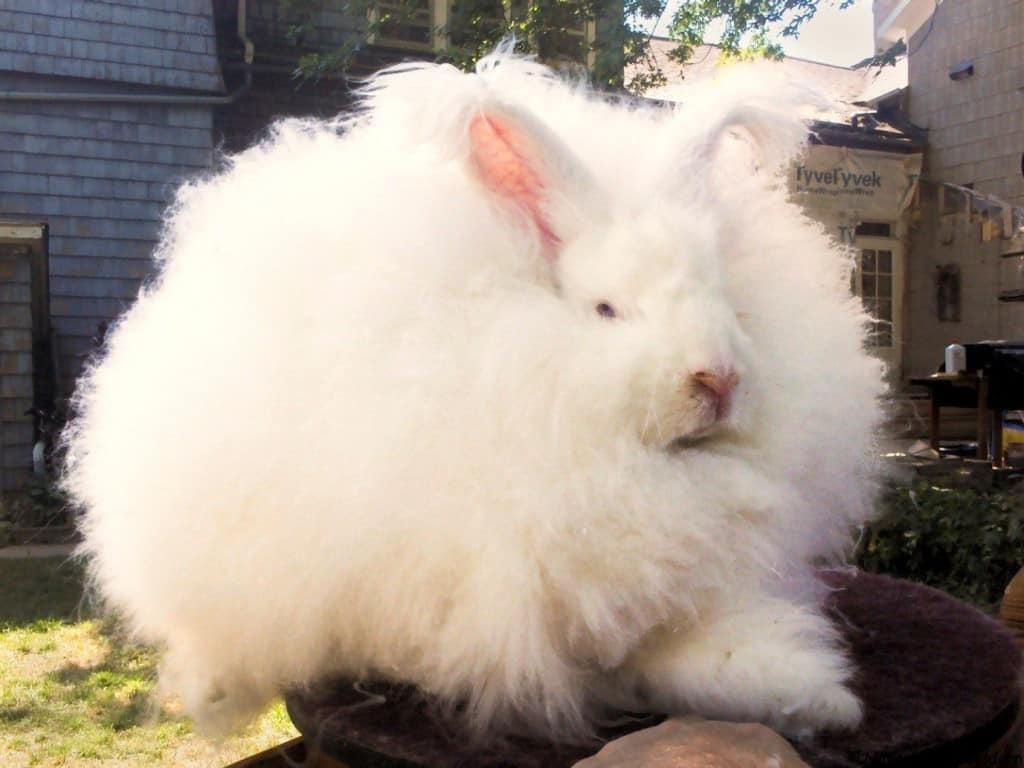 The Angora Rabbit looks like a rabbit that went through the awful experiment. This animal was popular in Europe between the 17th and 18th century among elite families and is still popular in some parts of the world. 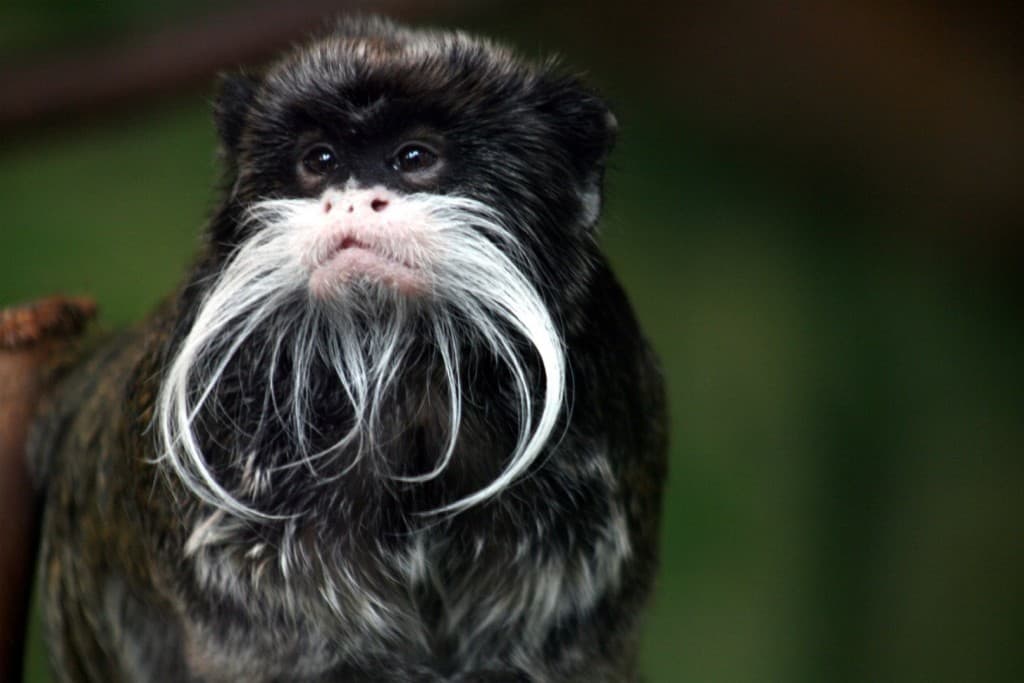 The Emperor Tamarin was named after German emperor Wilhelm II, who had quite an obnoxious mustache. At first, people used this name as a joke, but after some time, it became the official name of the animal. 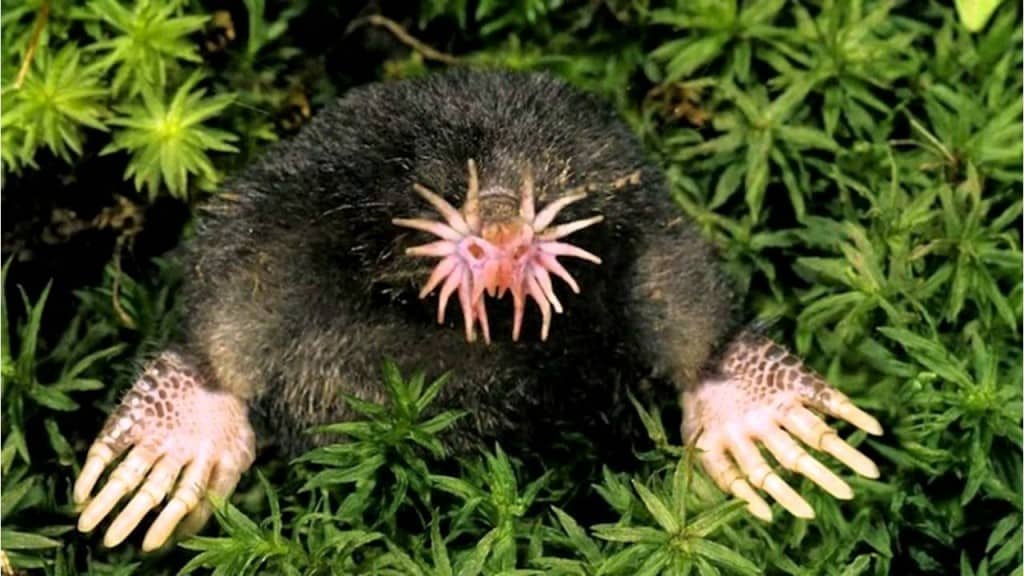 The Star-Nosed Mole is best known for its star-shaped nose, of course. It has 22 appendages that function like highly sensitive fingers. This mole uses its nose to navigate underground because it has many receptors. 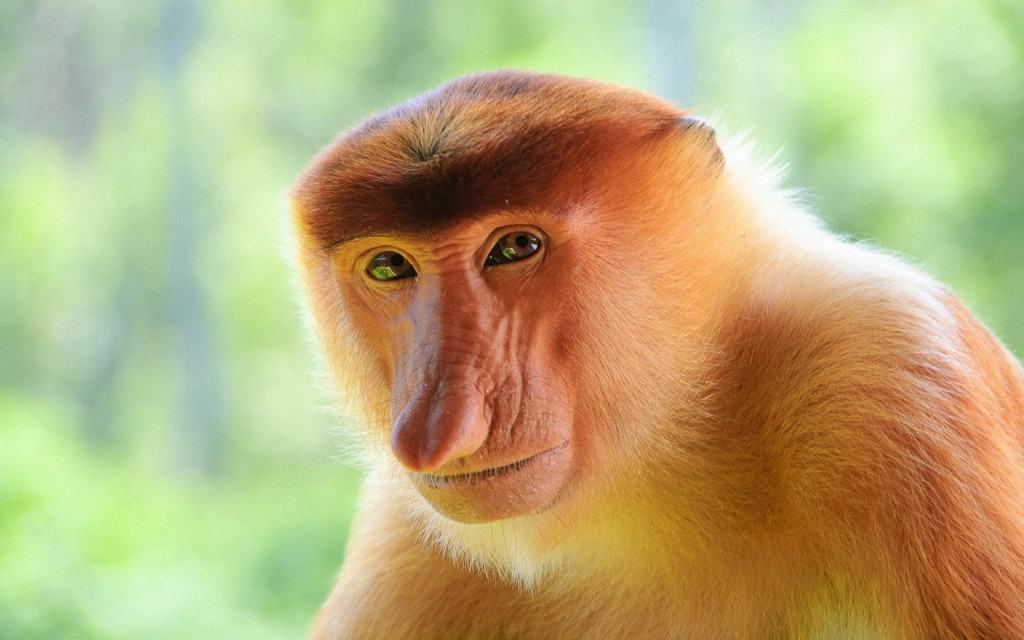 To the human eye, the Proboscis Monkey has the most unattractive nose out there. But to their female counterparts, it’s their most attractive trait. In fact, the bigger the better! 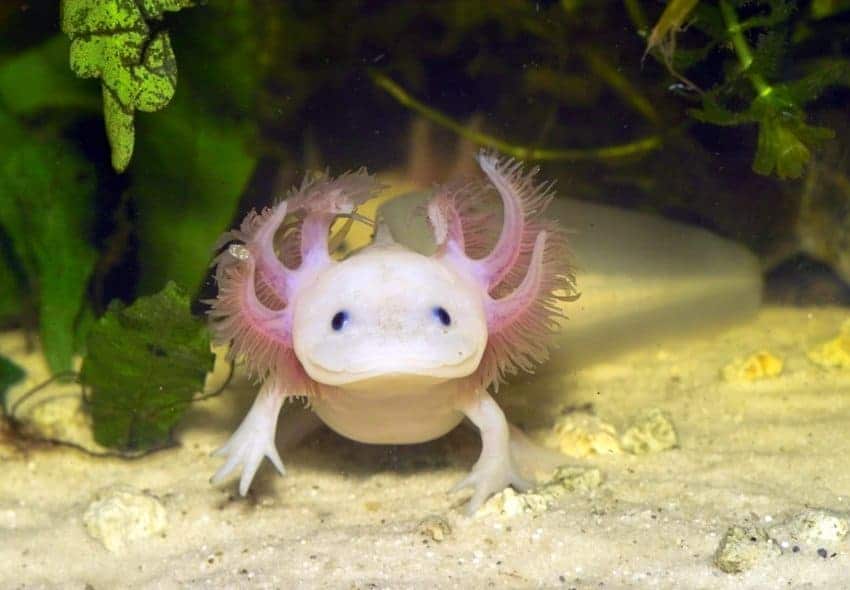 The Axolotl looks like half-lizard/half-fish. This interesting animal spends the entire life in the water, but in some cases, it can develop lungs and survive on land. 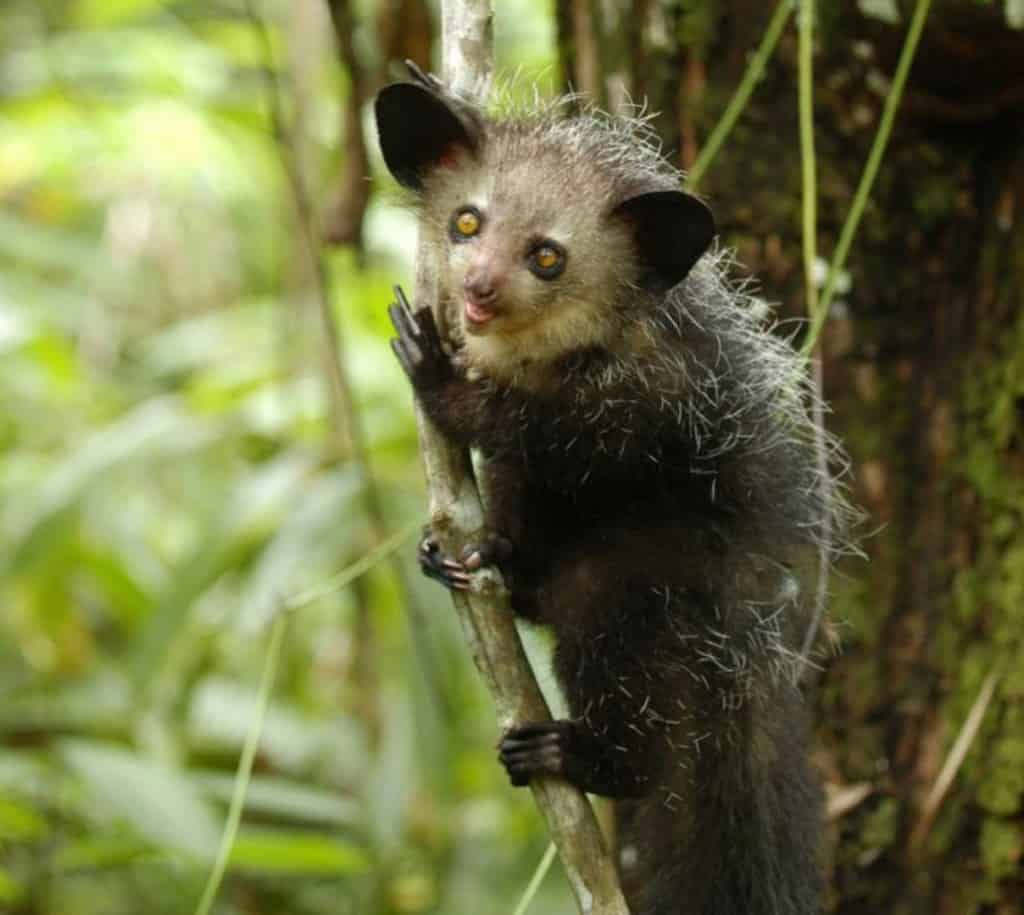 Aye Aye is a nocturnal primate that lives in Madagascar. It has big eyes, long fingers and long claws that are needed in order to catch insects. Sadly, a lot of people kill Aye Aye in Madagascar because they believe this animal can bring death. 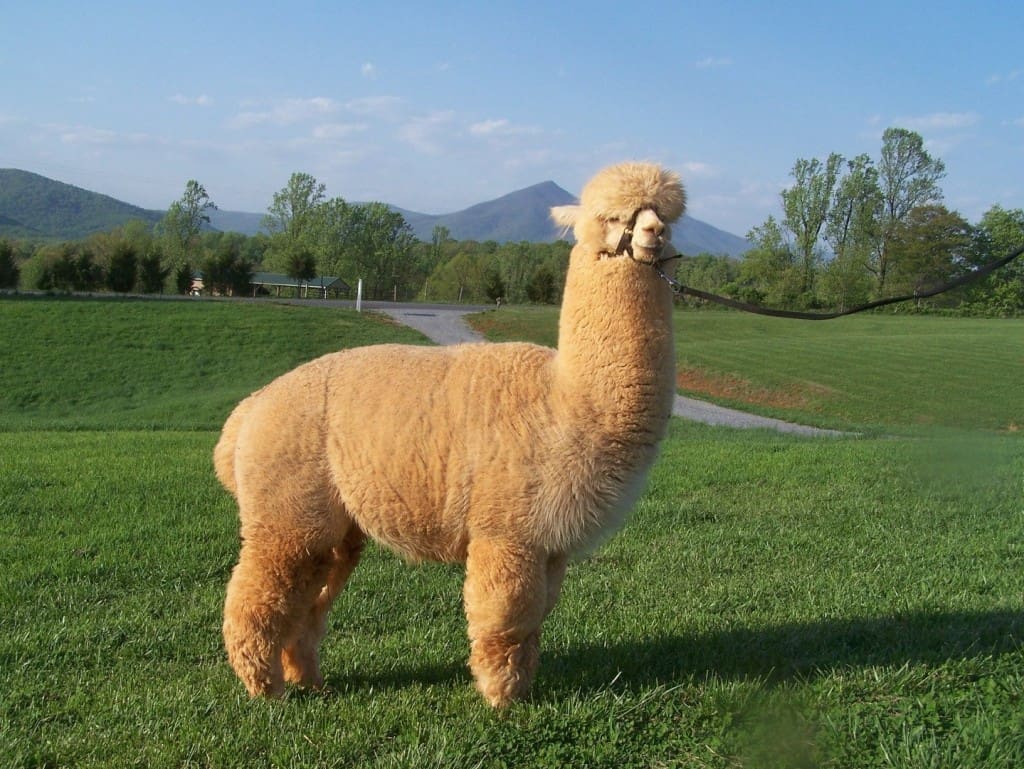 Oddly enough, Alpacas were domesticated 6,000 years ago by the Incas. What’s weird is that their fiber is fire and water resistant and also comes in a rainbow of hues. 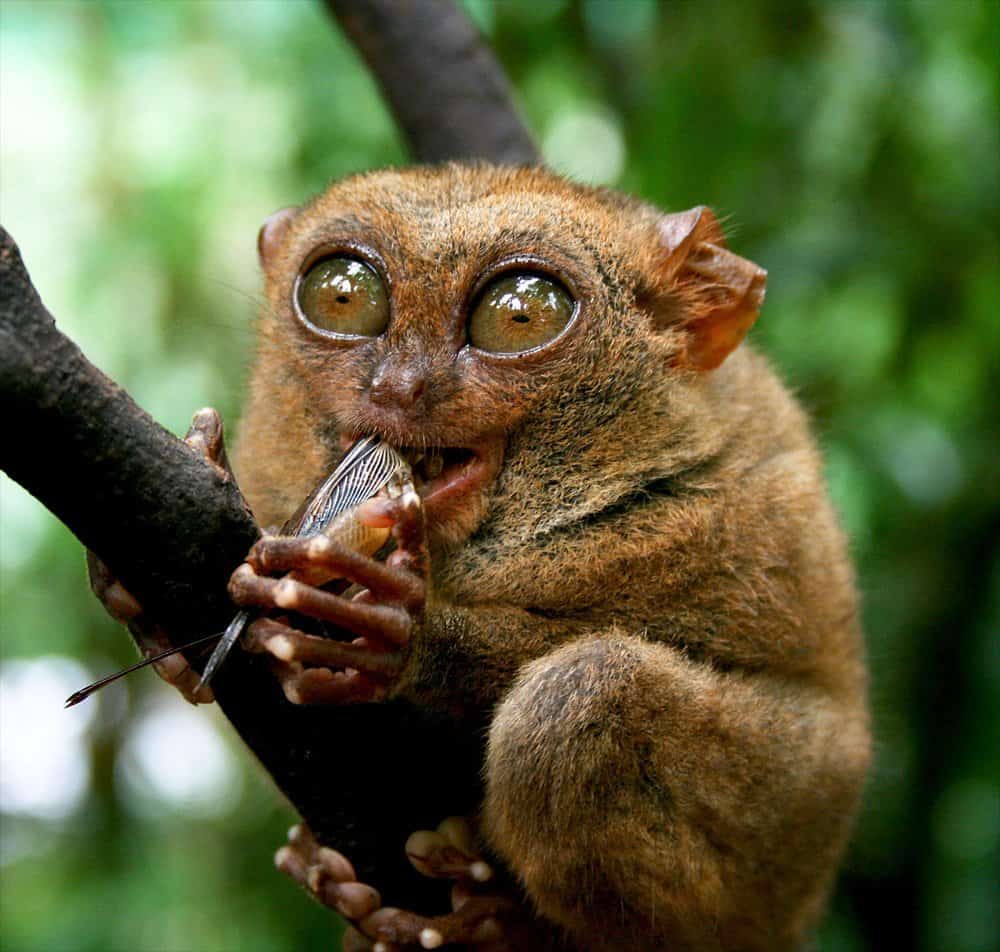 The Tarsier is an animal that lives in Southeast Asia. These primates are best known for their bulging eyes, which happen to be the same size and weight of their brain. 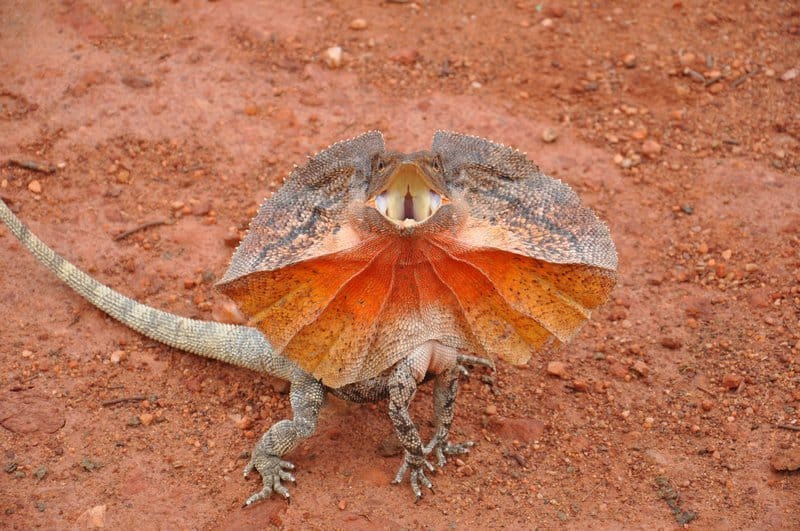 The Frill-Necked Lizard is an animal you want to avoid. It is one of the most startling animals on the planet, because it looks like a dragon. Luckily for us, they are not big, and can only reach 1.1 pounds in weight and grow up to 3 feet. 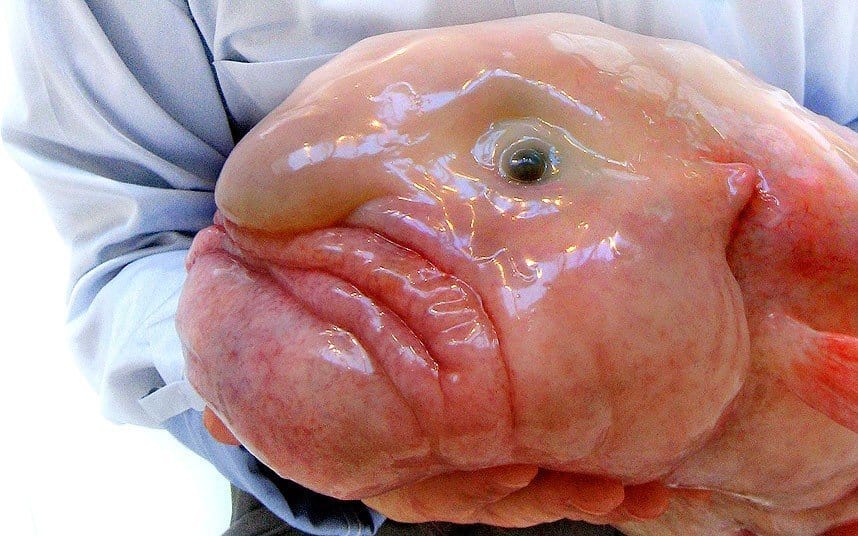 The Blob Fish is the world’s ugliest animal. It has no bones and no teeth and scientists believe that it feeds on crabs and smaller animals. Although it looks funny and weird, a Blob Fish can survive extremely low temperatures and high pressures, thanks to unique body characteristics. 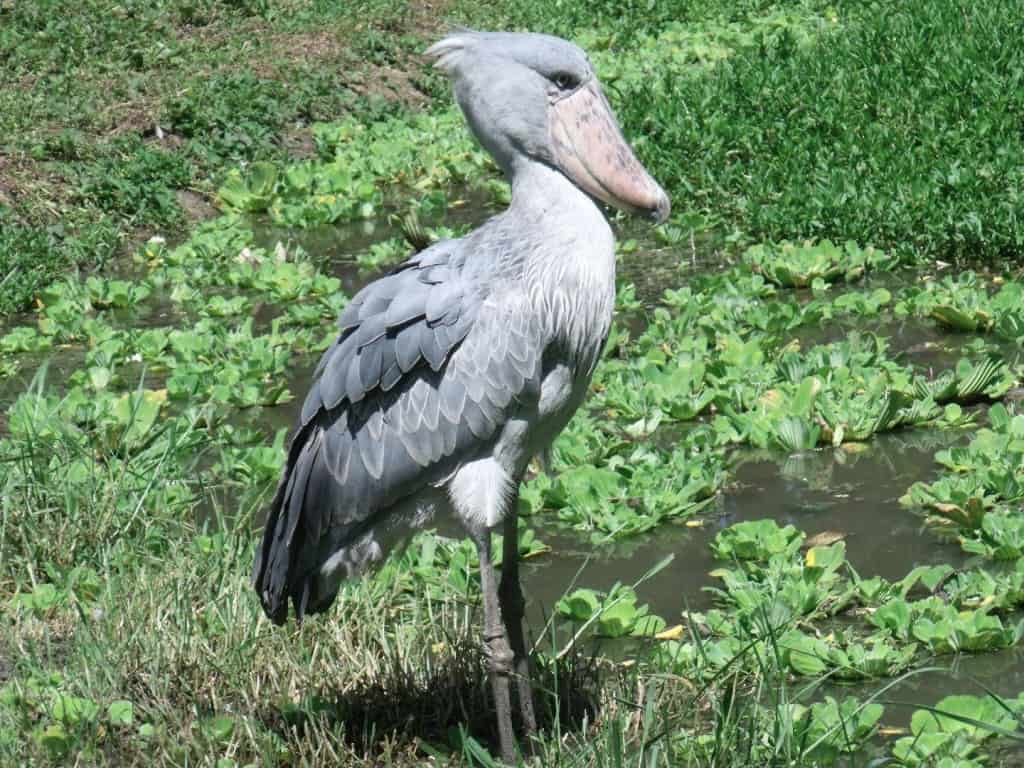 A Shoebill is a bird that lives in Africa, in an area between Sudan and Zambia. It is interesting and strange because it has a unique head and blue feathers. This is one big bird with a huge head, which can reach impressive sizes of 152 cm, but most of them are smaller and their size is around 112 cm. 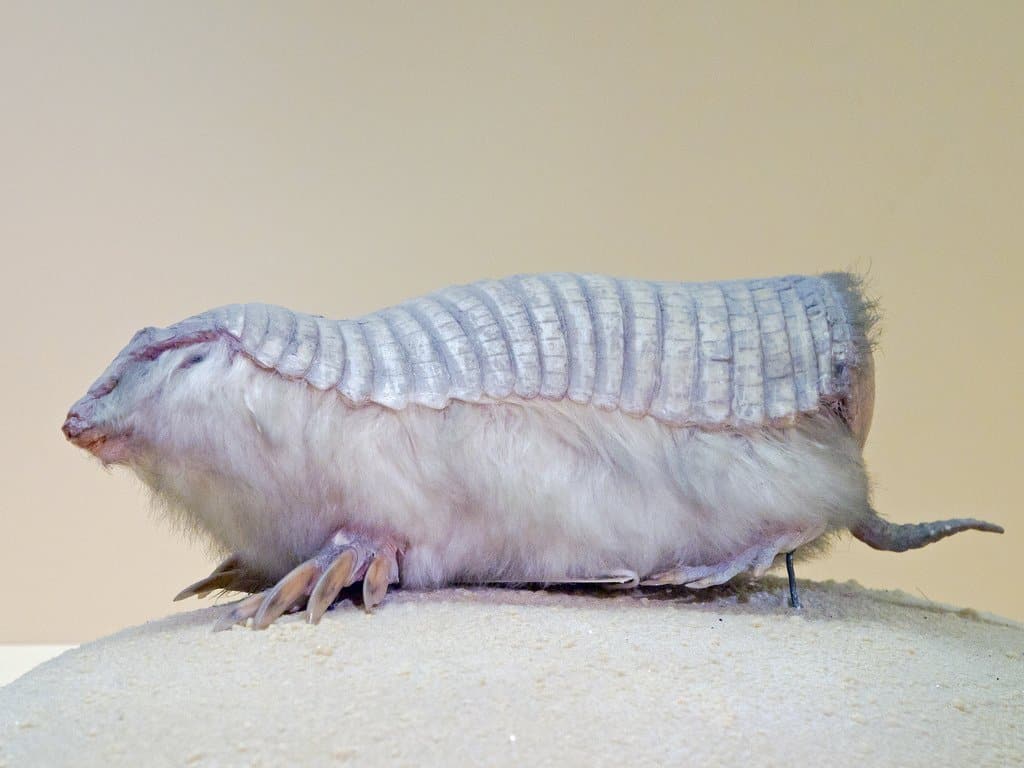 The Pink Fairy Armadillo is the smallest armadillo on the planet, although on photos it looks big. This animal is known for an armor-like shield on the upper part of the body and huge claws that are too big for an animal of this size. They spend their life in solitary and they go out at night to feed. 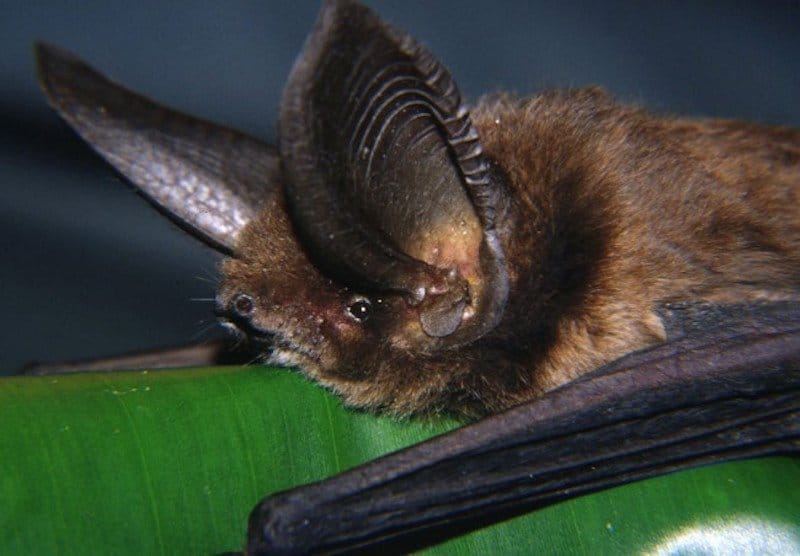 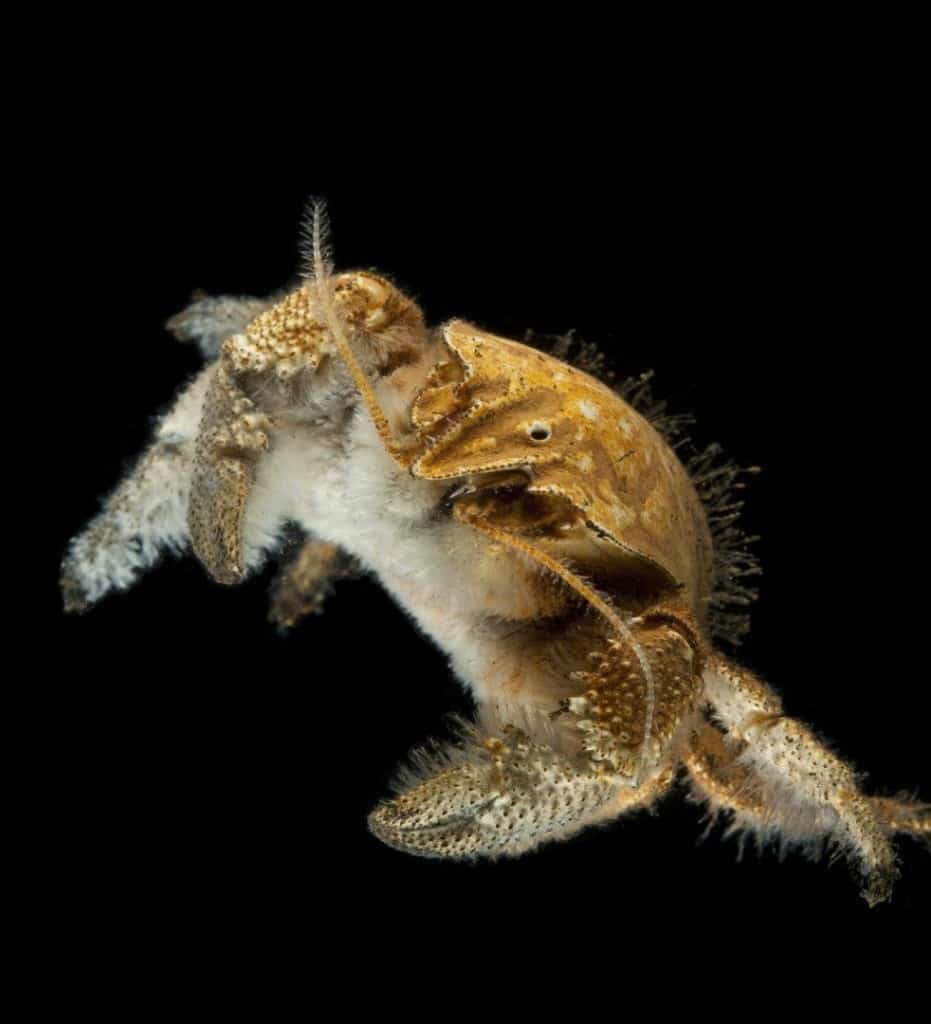 Not much is known about Yeti Crabs, as they were just recently discovered in 2005. What is known, is that their hairy pincers contain certain bacteria that they use to clean the poisonous minerals from the water. 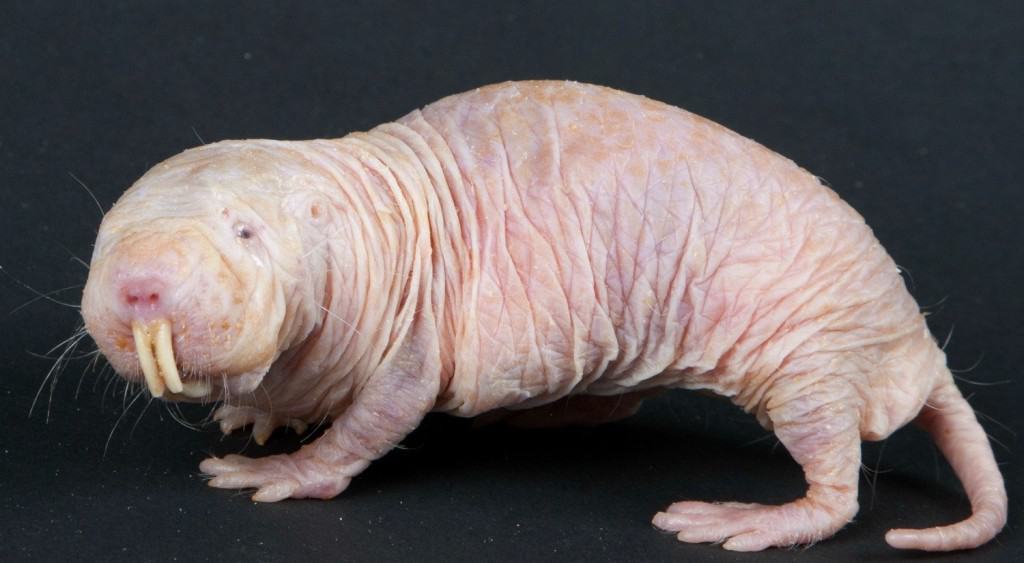 The Naked Mole Rat lives in big, underground colonies that can remind you of insect colonies. They don’t have a need for eyesight nor for fur, so they are blind and ”naked”. This animal is known for its supreme cancer resistance and long life span, as they can live up to 30 years. 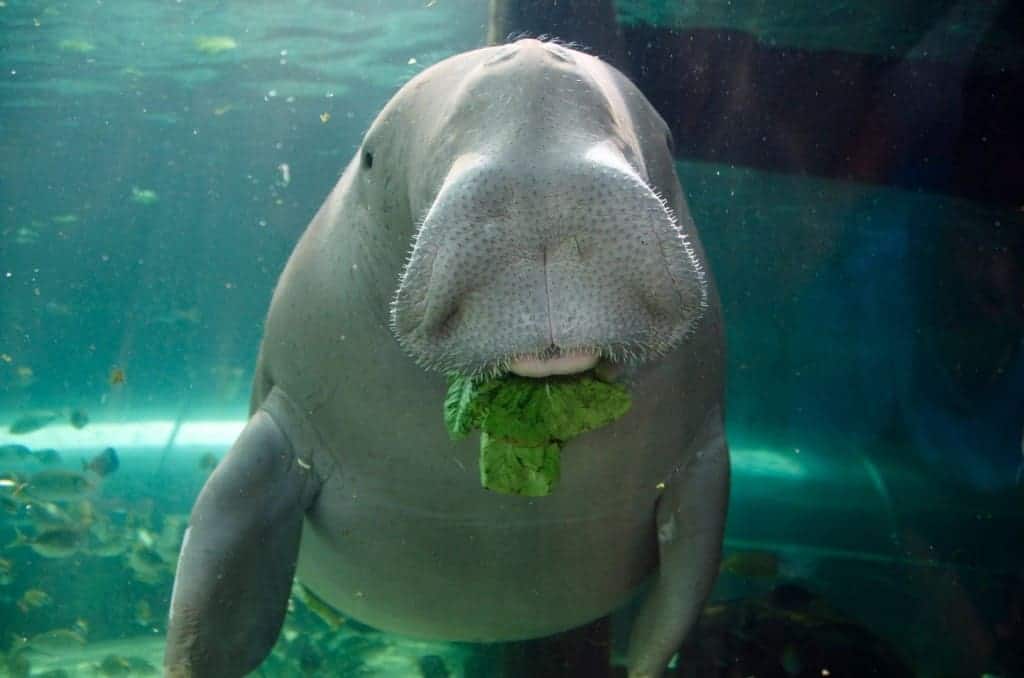 The Dugong is a marine animal that can be found in waters that surround Australia and Indonesia. Although they look like big and scary animals, they are herbivorous animals and they are known as cows of the seas. A grown up male can reach 3 meters in length and 400kg of weight. 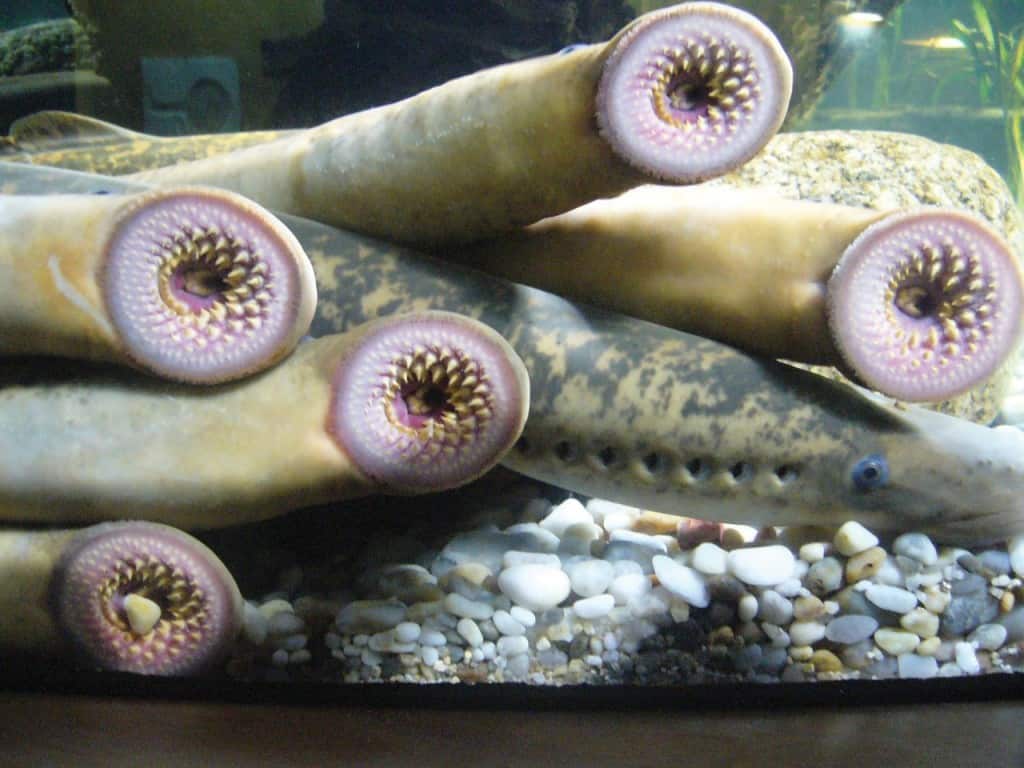 Lamprey is an eel that is so scary that certain movie directors used its shape and characteristics in their horror movies. This animal has a long body (like a snake) and round mouth, filled with teeth. They use it to bite larger marine animals and drink their blood. An interesting fact is that a male Lamprey wraps a female in order to squeeze eggs from her and then ejaculates on the eggs. 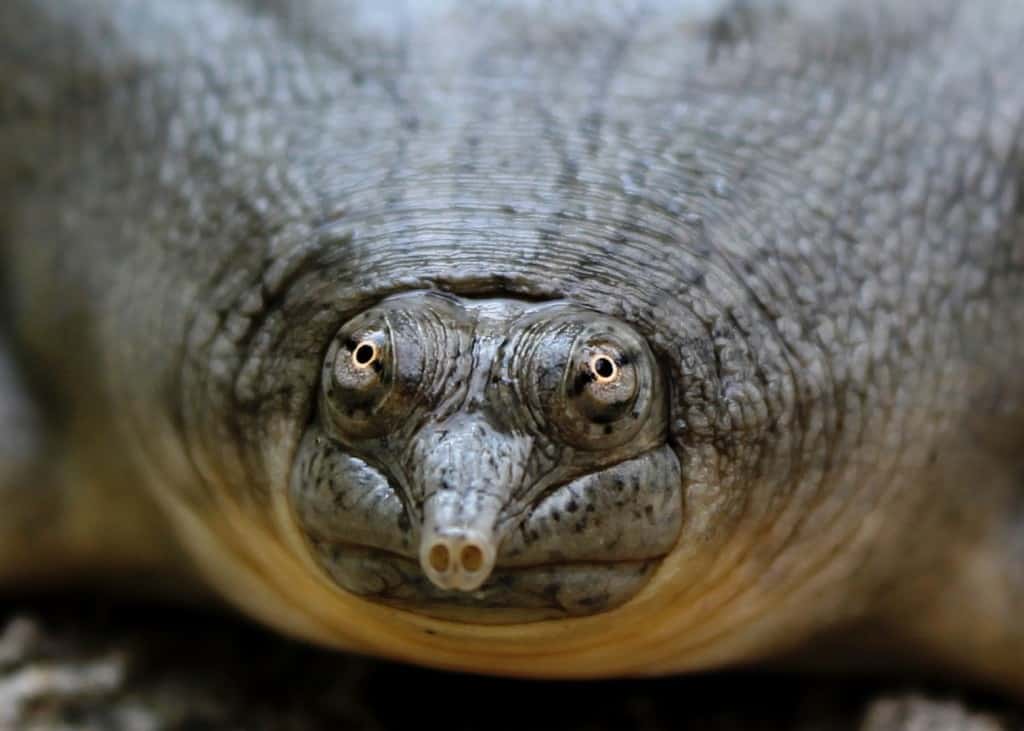 Cantor’s Giant Softshell Turtle is a freshwater turtle that lives in Asia. They are best known for their large head with small eyes and soft-shell but they are also the biggest, freshwater turtles on the planet.