We’ve all been in a situation where we have to leave a note on a car, or found a note sitting on our car at some point in our life. For the most part, these notes are not harbingers of good news but are in fact usually very bad news and mean something has gone wrong. Other times these notes mean that we have truly annoyed someone to the point where they feel like they have to tell us exactly what emotions they are feeling at the time. There are other times when these notes are truly hilarious because the people who wrote them either thought they were going to solve a problem or they desperately wanted people to just leave them alone. Check out these 10 shockingly hilarious notes left on windshields and let us know what you think.

They Deserve A New Ice Cream 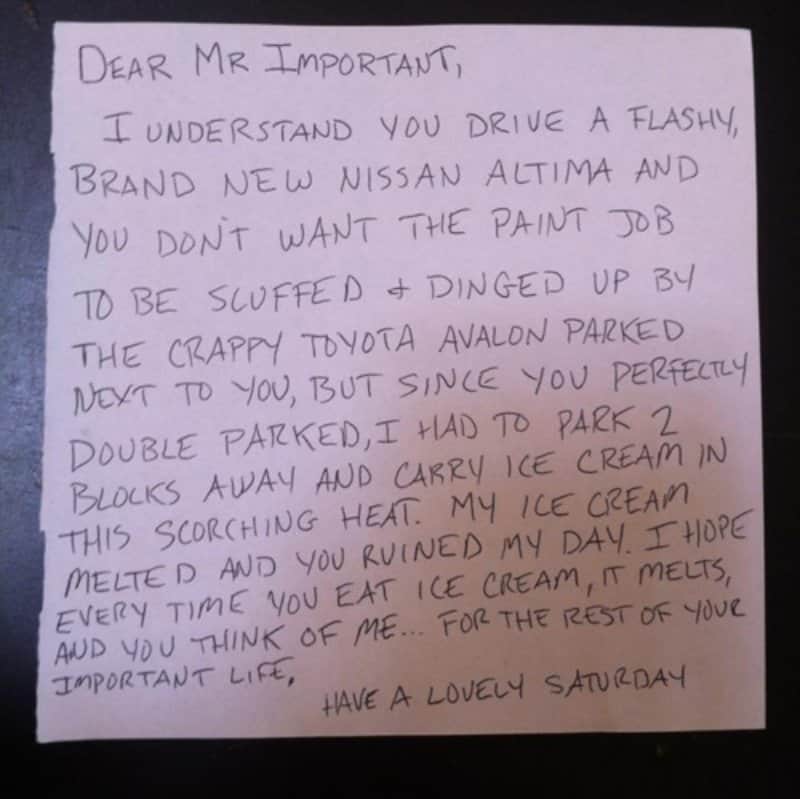 There’s literally nothing worse than getting all excited for ice cream and then having that ice cream melt before you can enjoy. Truly this double parker is history’s greatest monster.

Thanks For Letting Us Know 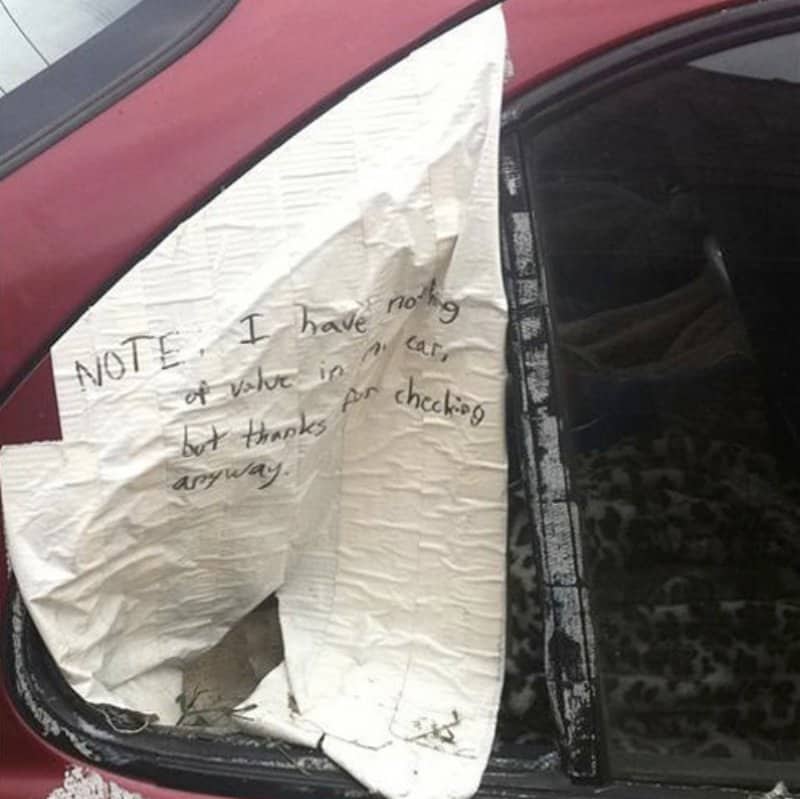 This likely saves potential thieves quite a bit of time. We wish everyone would leave notes like this. 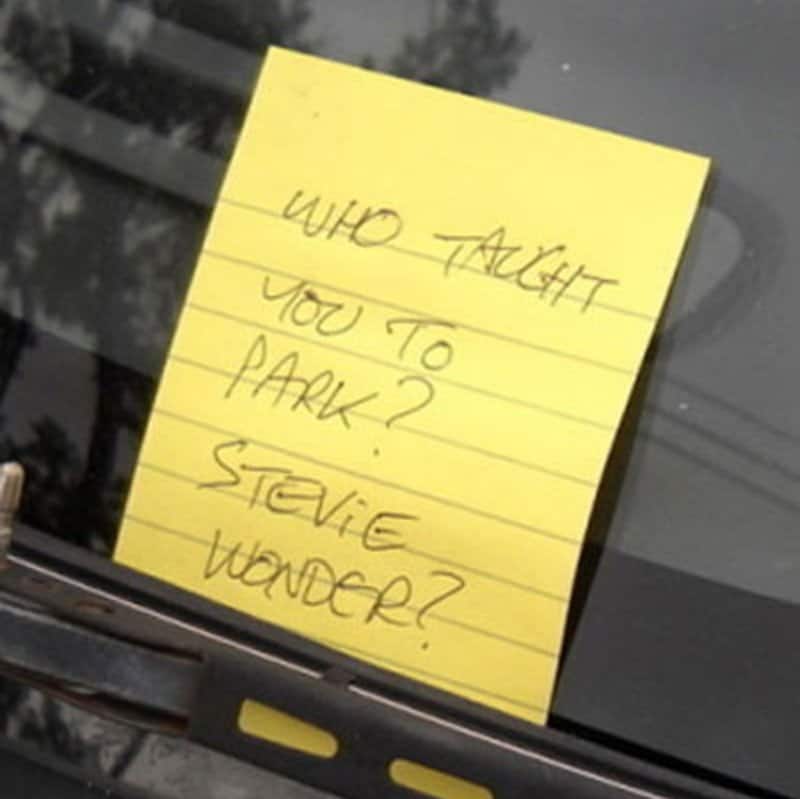 This note not only burned the person who parked poorly but poor Stevie Wonder as well. 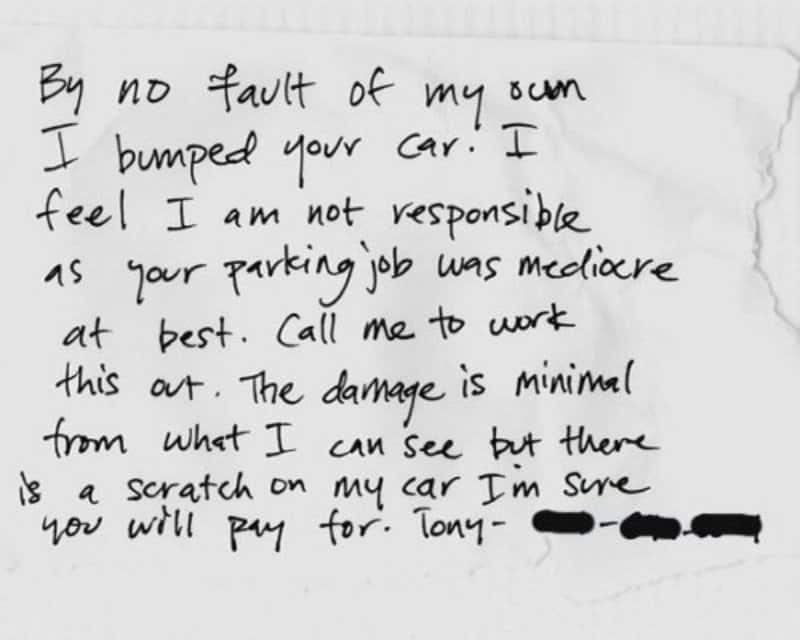 We feel as if Tony is wasting his talents if he isn’t already a lawyer. If you know Tony and he’s an attorney, impress on him how important it is for him to go to law school. 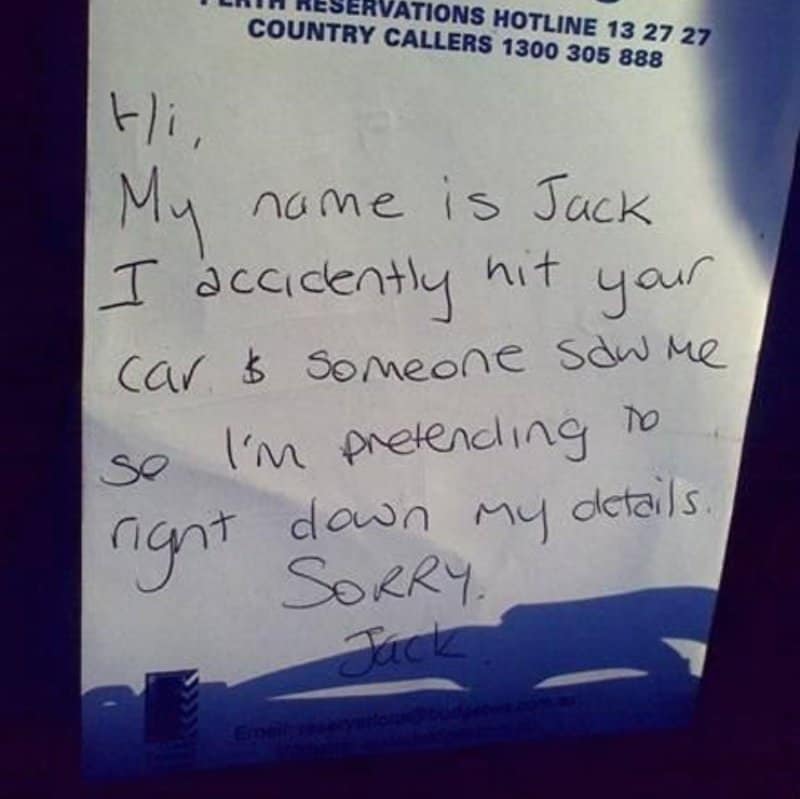 This isn’t the first time we’ve seen a note like this but it always sucks. People who go out of their way to trick others they’re doing the right thing. At the same time, the fact that Jack was willing to say his first name wins the Internet. 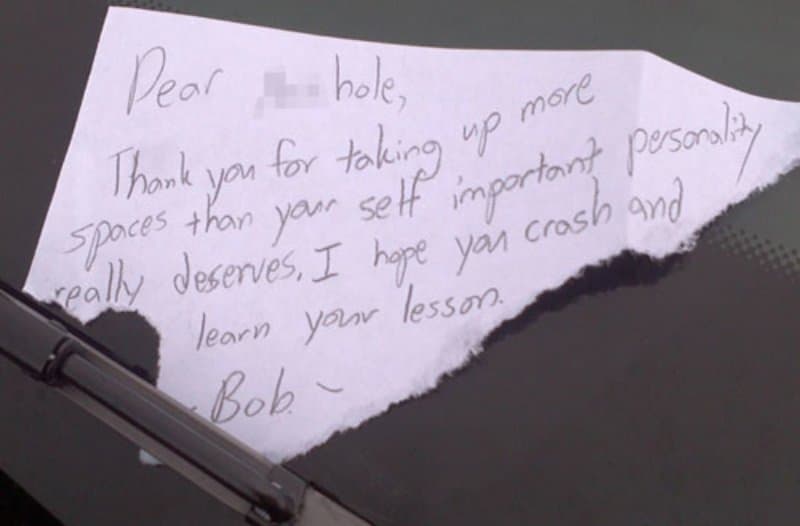 Props For Attention To Detail 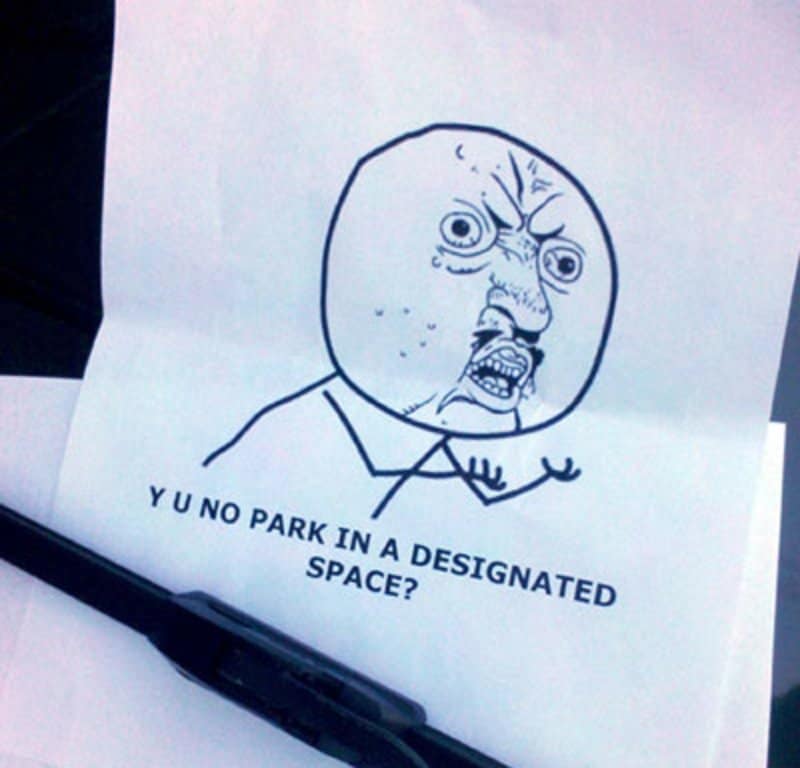 We love the fact this person didn’t write a note by hand. They took the time to print one out. 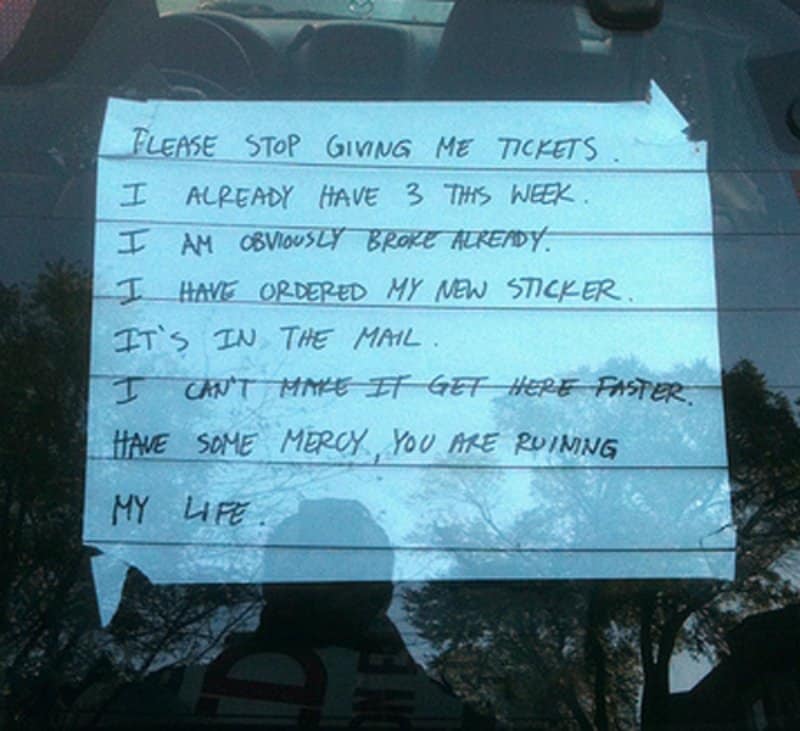 We can’t help but notice there isn’t a ticket next to this note. Does that mean the people who were writing the tickets did actually have some mercy on this person? 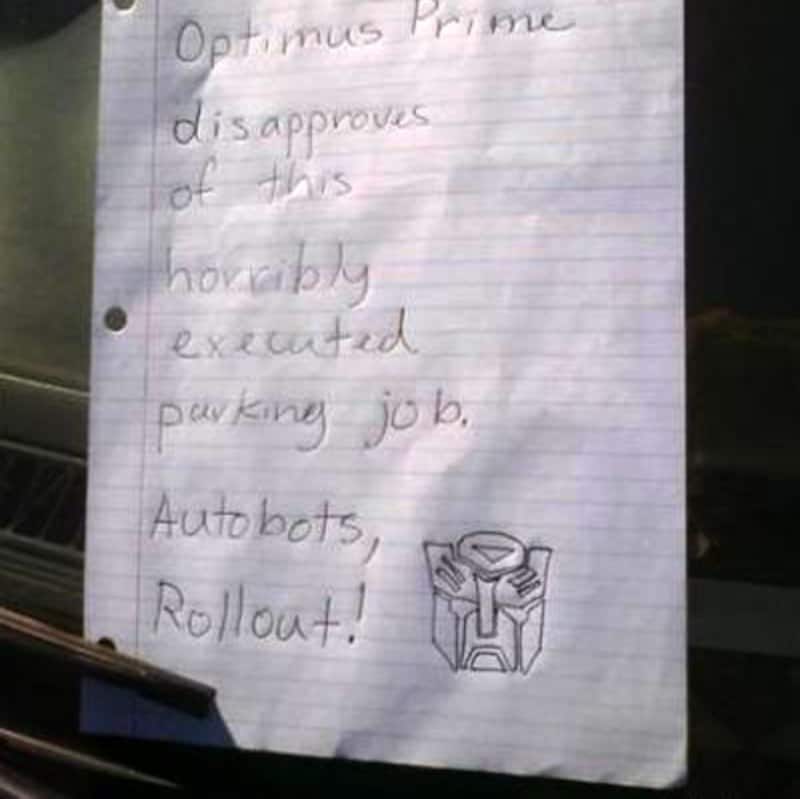 The person who wrote this note definitely gets props for playing the Autobots card.

We’ve All Been There 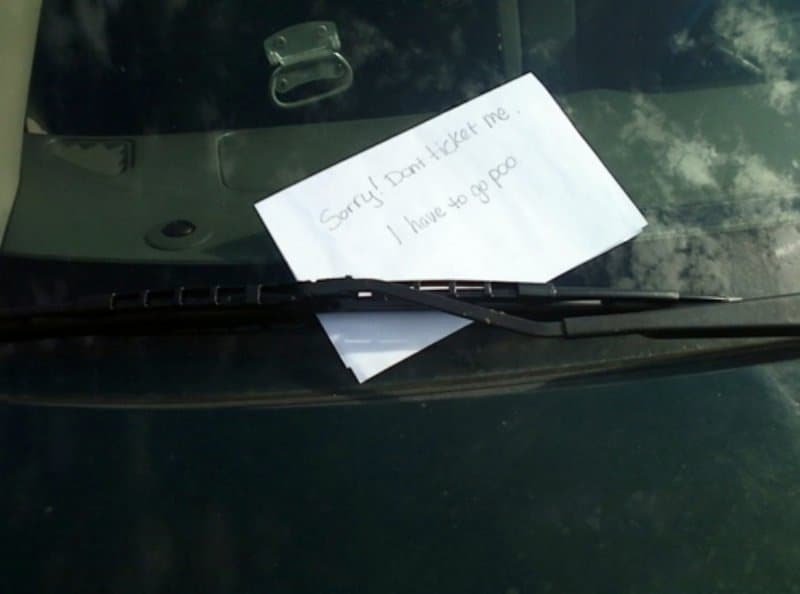