10 Reasons Why The American Justice System Is Failing

The Constitution of the United States of America was a document written on September 17th, 1787 and later signed and made legally binding on June 21st, 1788. This document protects the citizens of the United States from the justice system itself if it were to fail. Some rights laid down in this legislation that universally cover its citizens include a right to a fair trial, offers specific protection to the freedom and justice of the people, restricts the power of the government, and ensures the right to fair treatment by law enforcement officers.

Important additions or changes to the Constitution – called amendments – further reflect the protection of the people of the United States. One such amendment is known as the Eighth amendment, and protects prisoners from “cruel and unusual punishment”, as well as allowing the bail to reflect the socio-economic status of the prisoners. This ensures that not only the super rich and powerful are allowed out on bail. Here are ten reasons why the justice system in America is failing.

Under the Eighth Amendment relating to cruel and unusual punishment, some may consider not releasing an inmate with late stage cancer or someone who has suffered a stroke to be cruel. Unfortunately some inmates die while waiting for a decision to be made. Making this system even worse is the case where an inmate cannot fight the ruling of the Bureau of Prisons in a court of law, causing some to think of the system as unconstitutional. 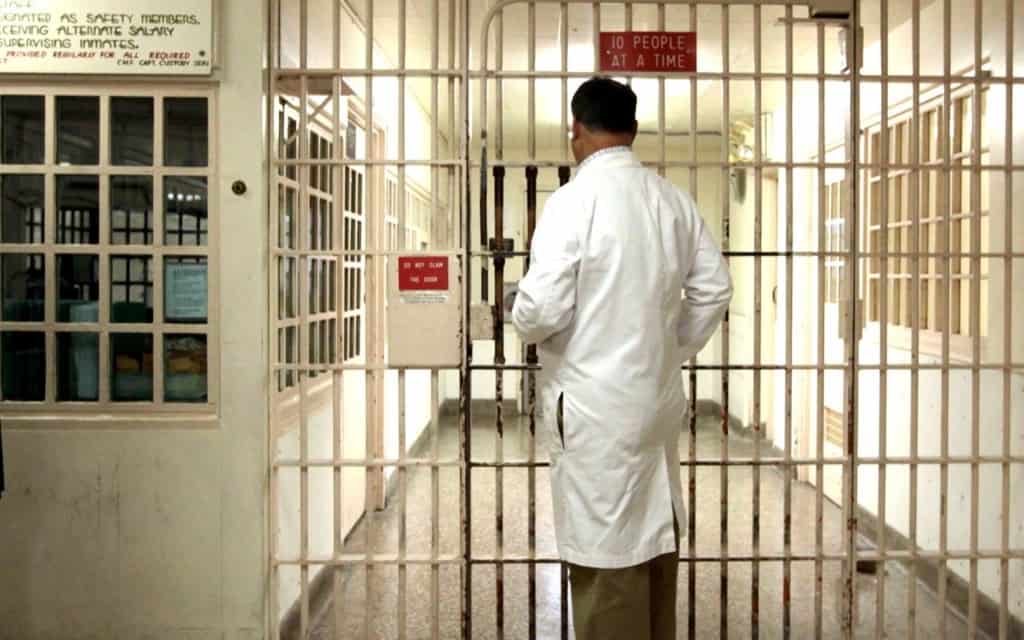 Healthcare risks of being placed in prison include a 90% increased risk of heart attacks, as well as a 55% increased chance of diabetes compared to non-incarcerated people. Even though a $1.4 billion contract between the Bureau of Prisons and Wexford Health Sources was meant to ensure healthcare for prisoners under the Eighth Amendment, roughly 20% of prisoners attest to not being able to obtain appropriate care for persisting health related issues.

Despite this highly flawed system, one homeless man proceeded to rob a bank in 2013 for only $1 to ensure his incarceration. When questioned about his theft, the 50-year old man commented saying that the prison system was the only way for him to obtain healthcare. This indicates a flaw with the healthcare system as a whole, not just the one in the prison system. 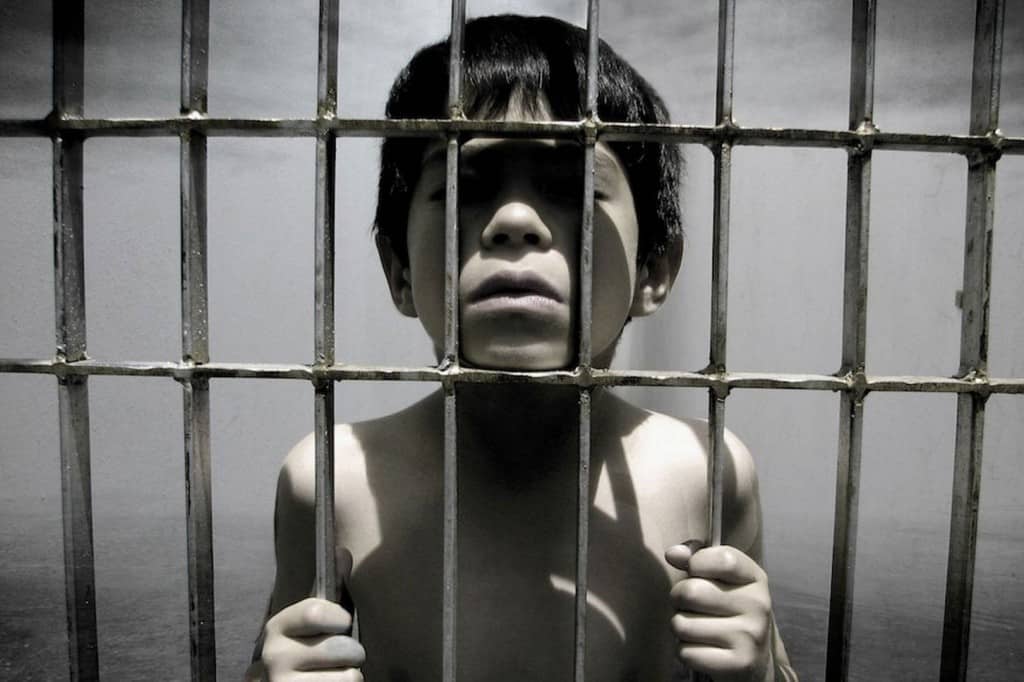 An investigation conducted by Human Rights Watch found that children as young as 13 are sometimes confined for 22 hours per day. In their report, a child affected by solitary confinement was recorded stating, “The only thing left to do is go crazy – just sit and talk to the walls“.

This barbaric practice, which affects 90,000 youths imprisoned in adult correctional facilities, was found to increase the risks of mental illnesses, such as depression, anxiety and delirium from psychosis. 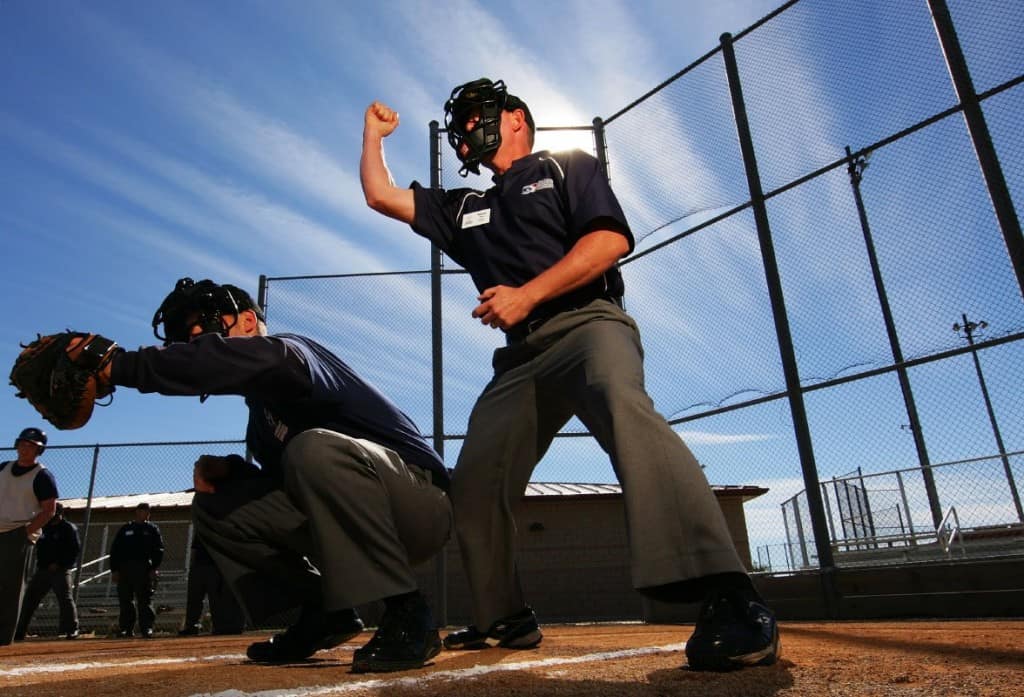 This law first came into being in Texas during the 1980’s. This law allowed more severe punishments for repeat offenders, and in some cases multiple life sentences. The idea behind this law was the remove the worst criminals for longer periods for repeating similar offenses.

In 1994 in California the law was brought to true infamous fruition. Some cases included people sentenced 25-to-life for stealing footwear, including socks and baby shoes, as well as another given two life sentences for stealing pizza. The final offense in the three strikes case involving pizza included the theft of a single slice of pizza.

Fortunately, this law was reviewed in 2012 which resulted in leniency for non-violent offenses using the defense, “You’ve Got To Be Kidding Me“. This leniency resulted in an opportunity for appeals, and resulted in the freedom of many non-violent inmates, as well as several apology letters from judges. 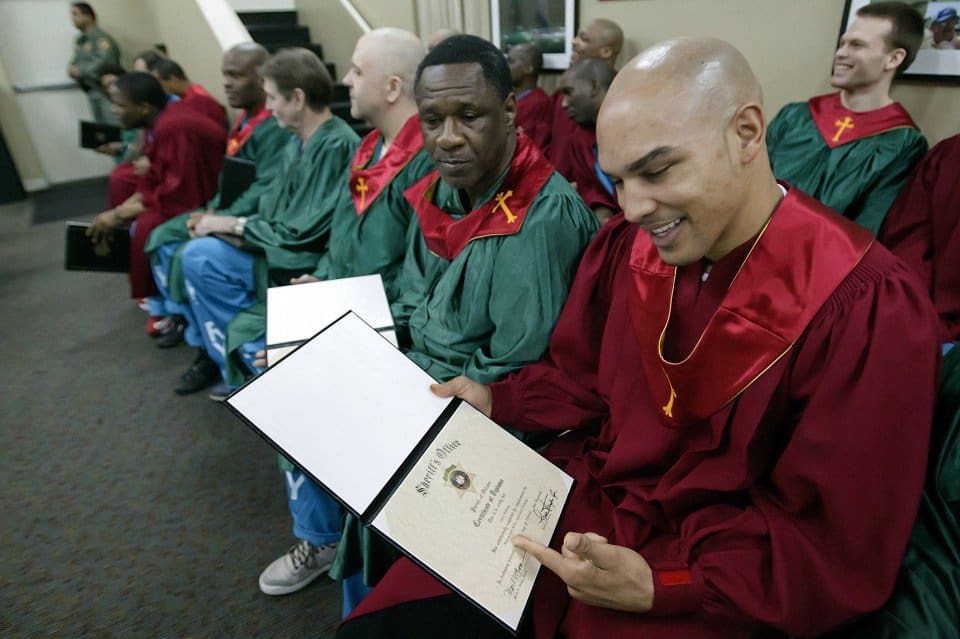 Linked with the three strike rule followed by 26 states, re-offending becomes a substantial issue within the justice system. In 2006, a study was conducted with regards to recidivism, which showed that 52% of the prison population consisted of re-offenders. Accompanying a three strikes mindset for non-violent incarceration, and a prison system set on isolation instead of rehabilitation, a compounding issue is created. 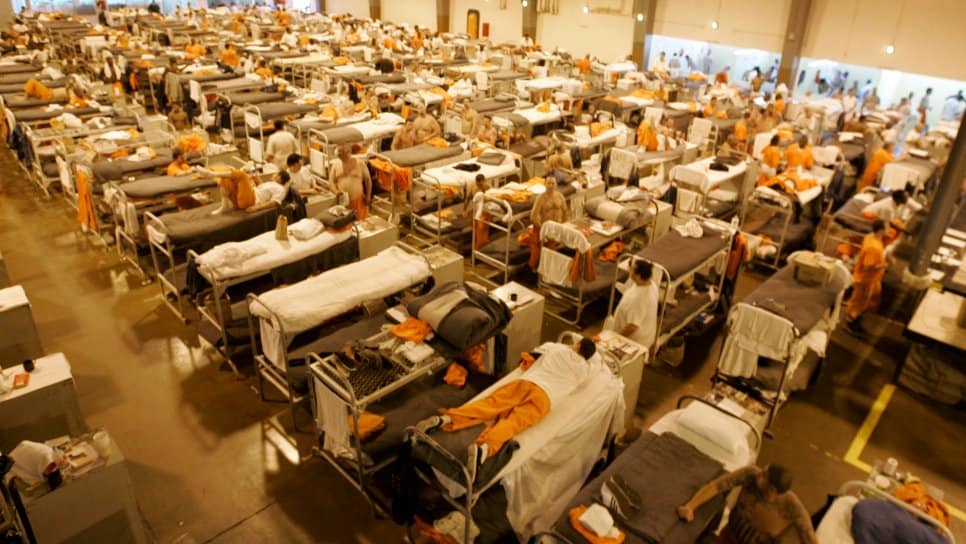 Between the 1970’s and the mid 2000’s, the prison population exploded by 700%. This caused prisons to run at 150% capacity in California during recent times, with the entire prison system of the country expecting to run near 145% by 2018 according to the Bureau of Prisons.

With the legalization of prohibited substances such as Marijuana taking the forefront position in media attention lately, this should allow a greater number of appeals for non-violent criminals, leading to a slight improvement in a highly flawed system. 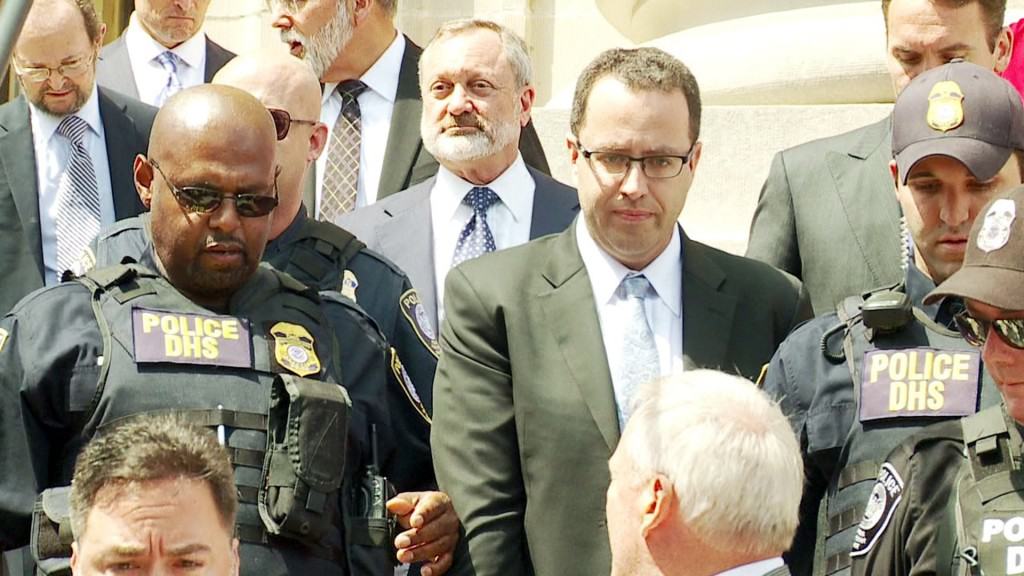 With cases such as a 13 year old girl having sex and becoming pregnant with her boyfriend of 12 years old both being convicted and placed on the sex offenders list, it is hard not to see this system as a joke. In some cases, teens taking and uploading nude photographs of themselves online have been sentenced to the child sex offenders list for creation and distribution of child pornography.

Despite being the sole victims of their crime, most of these cases have not being overturned, unlike the pre-teen pregnancy case. This system of placing children on the child sex offenders list is seen as a drain of resources and policing, whilst destroying the lives of youth that made mistakes. 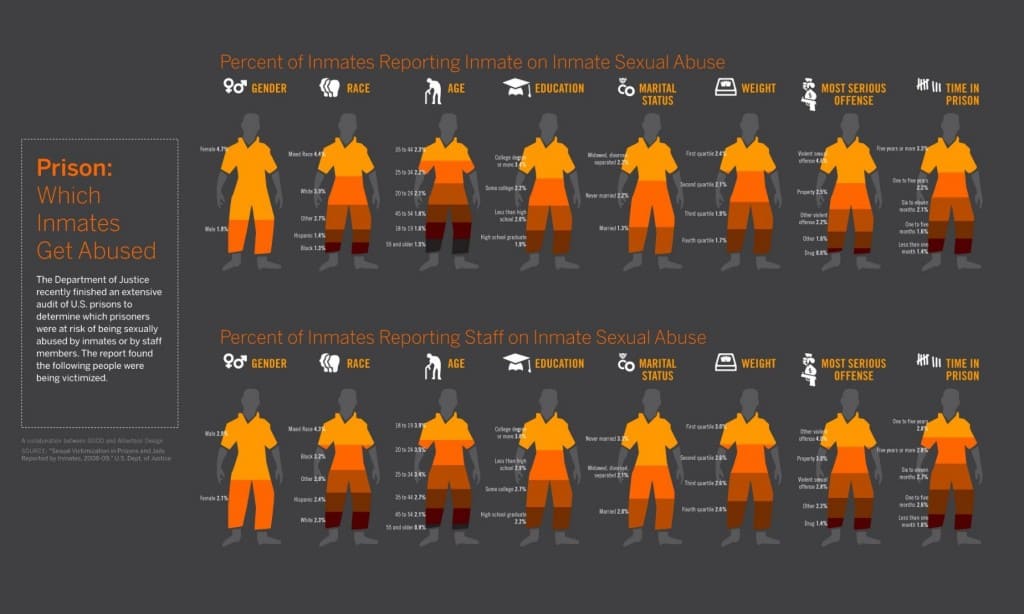 It was found that 1 in 10 inmates have been raped at one point or another in the prison system, whether it be from other prisoners or the prison staff themselves. Although this statistic isn’t as high as it was once believed to be, this equates to roughly 200,000 victims in the prison system.

A study has found that gay or bisexual inmates are considered to be at the highest risk. A prison guard in Alabama that impregnated a prisoner was convicted of sexual misconduct and received a 6 month prison sentence, but wasn’t actually charged with rape. 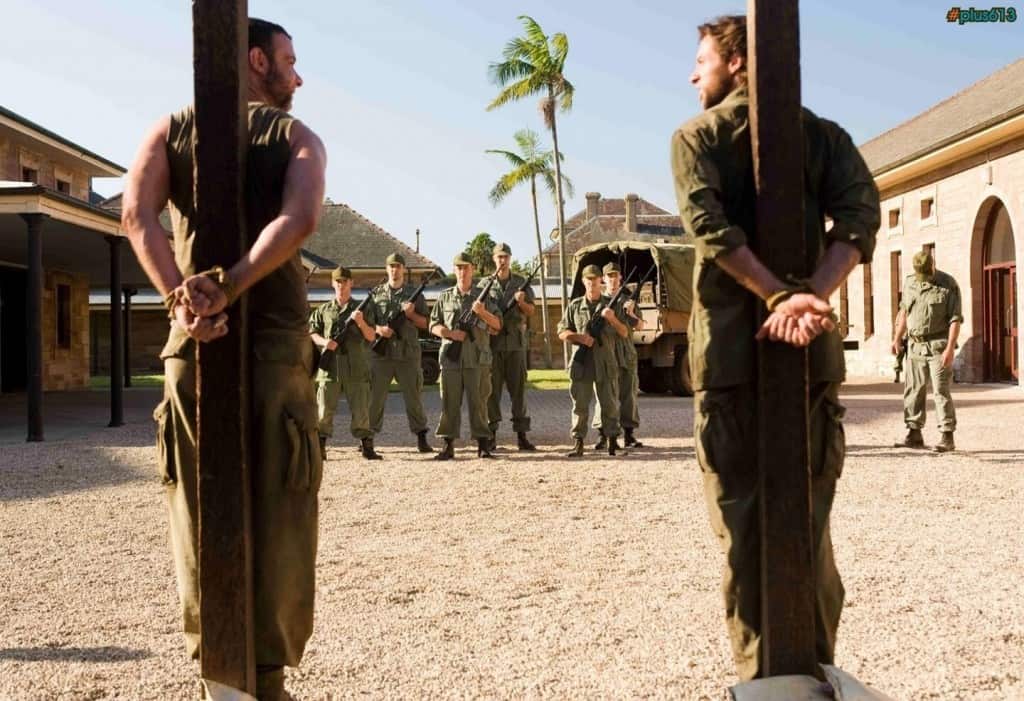 In 2003 alone, 10 inmates were exonerated that were previously on death row to be executed. Since 1973 over 130 people have been released in a similar fashion. With the potential death of innocent people being the main incentive for the removal of the death penalty, these figures are terrifying. There have almost certainly been innocent people executed that were wrong convicted. 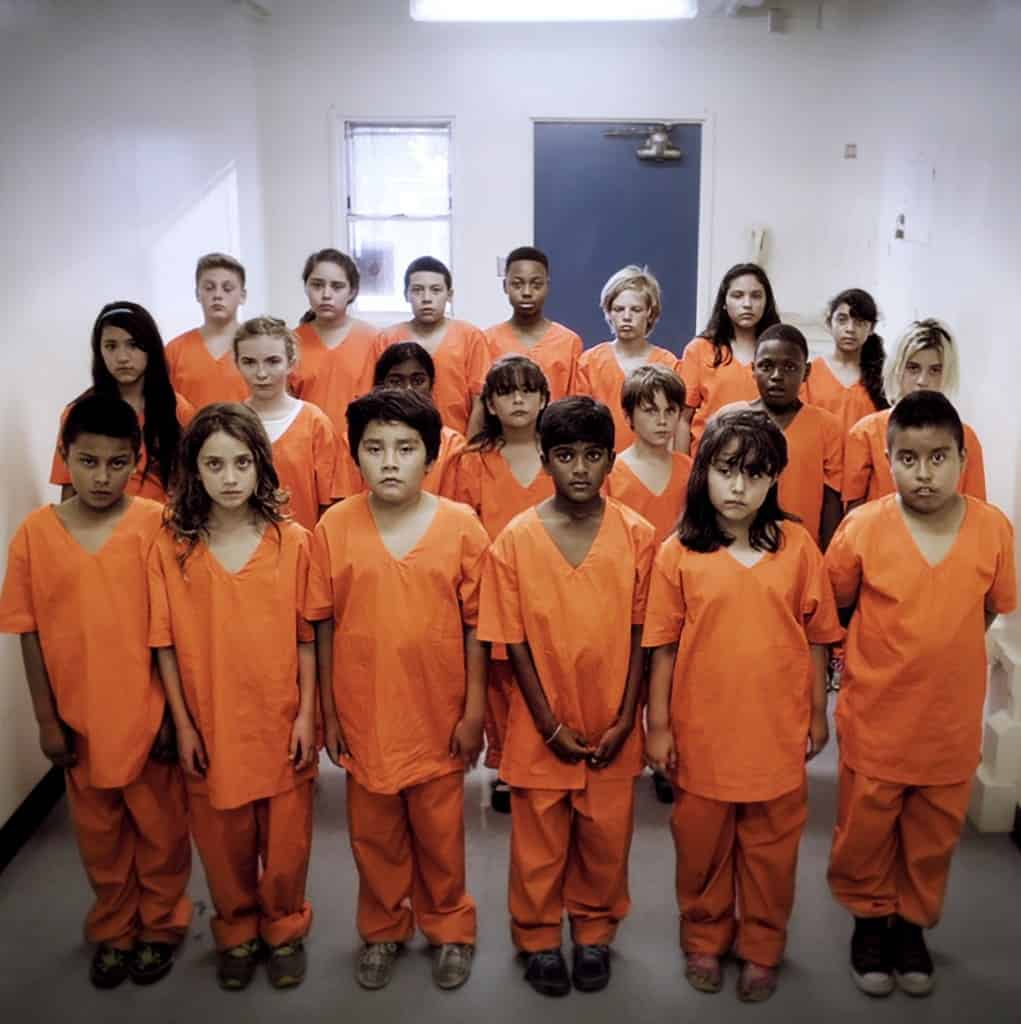 With the youngest person ever imprisoned for life at the age of 11 years old, the United States is the only country in the world which incarcerates minors for life without parole. Until 2005, it was even deemed appropriate to execute minors, resulting in 365 children being executed by the justice system. Since 2005, roughly 3,000 children have been imprisoned before their 18th birthday and are fated to potentially die in prison.

Amnesty International – a group dedicated to global justice – described the policy as a violation of justice and international law. Many others have called for an end to this policy, stating that children are not emotionally or mentally mature enough to be held responsible in the same way as adults.