10 Prehistoric Creatures That Are Beyond Unusual

Dinosaurs have long been extinct, and new species of animals have stepped up to the plate and taken their place on this planet. However, not all animals that were roaming the world back then were ordinary four-legged creatures we’ve read about in story books and research. Of course, there were some truly odd specimens walking around amongst the trees and foliage, feasting on what they could. Not a single man has laid eyes upon these extinct creatures, and that may be a good thing due to how unusual they are. 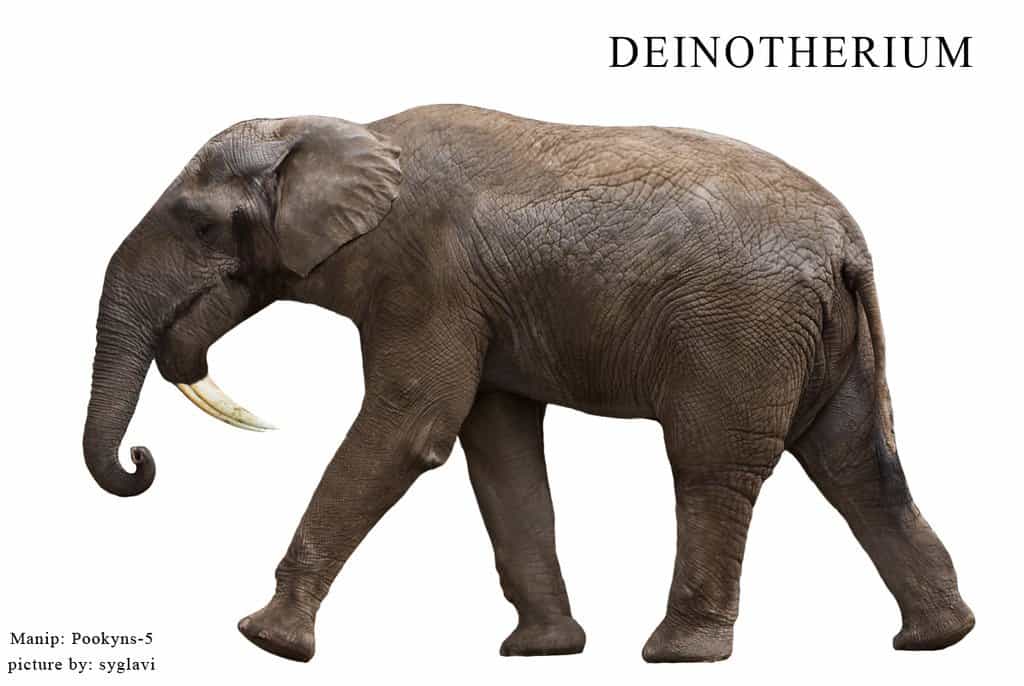 The Deinotherium is a genus of elephant that survived millions of years ago. They were generally between 12 and 15 feet tall, which made them the largest mammal to have ever lived. They often used their oddly-shaped tusks to dig in the soil for roots and vegetables to consume. 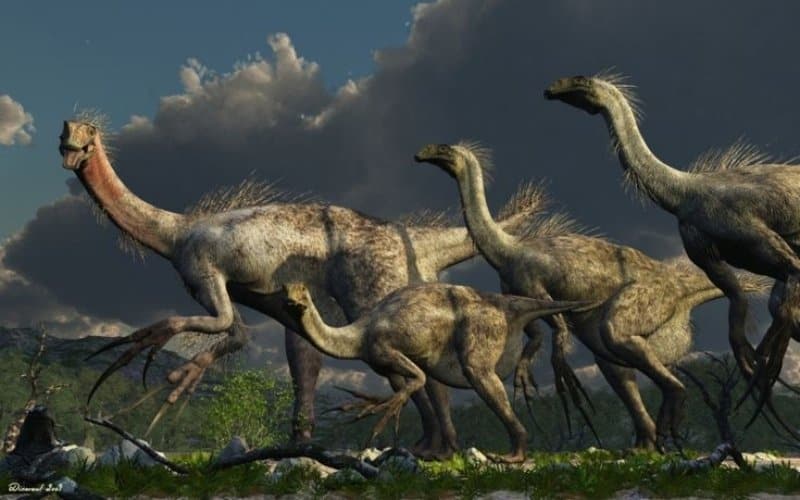 Therizinosauridae was an odd family of theropods that scientists have recognized by their long necks and oversized claws. Unlike other theropods, though, these were herbivores, and some of them even had feathers like a bird. 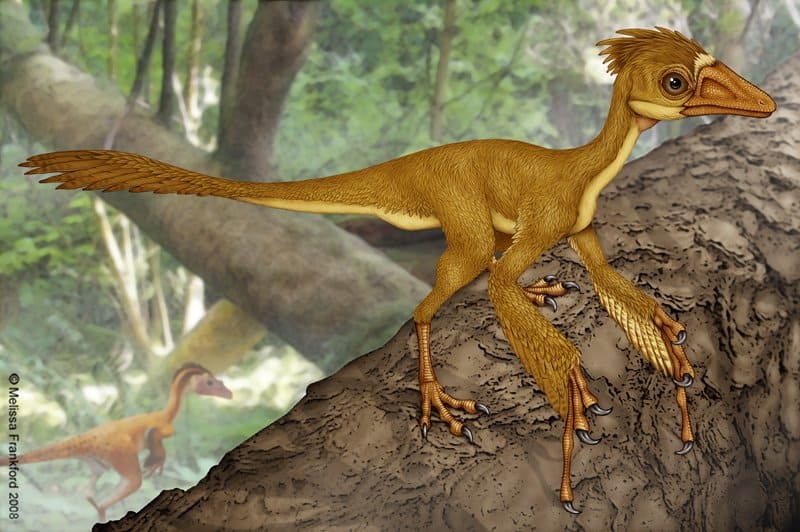 The Epidendrosaurus was a bird-like dinosaur that was in the same animal family as the Epidexipteryx. They are known for being the earliest dinosaur to adapt to life in a tree, which is quite important towards the evolution of today’s birds. 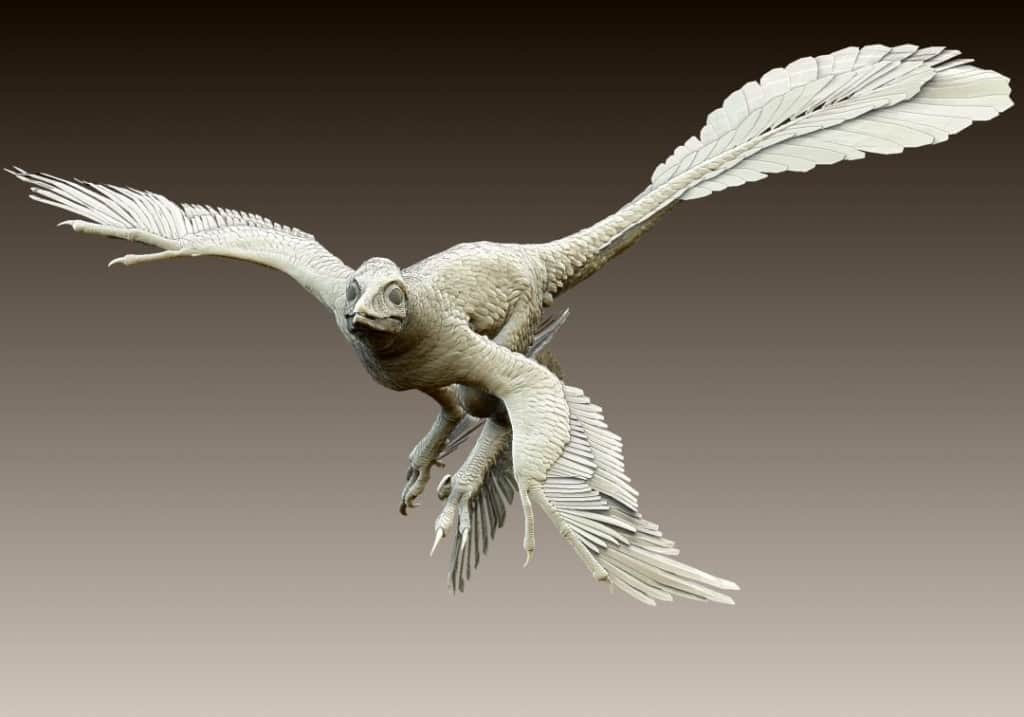 The Microraptor is yet another bird-like dinosaur, but one that had four wings, and could not fly. Instead, the little dino managed to glide to each spot much like a flying squirrel does today. They are ancestors of both birds and dinosaurs. 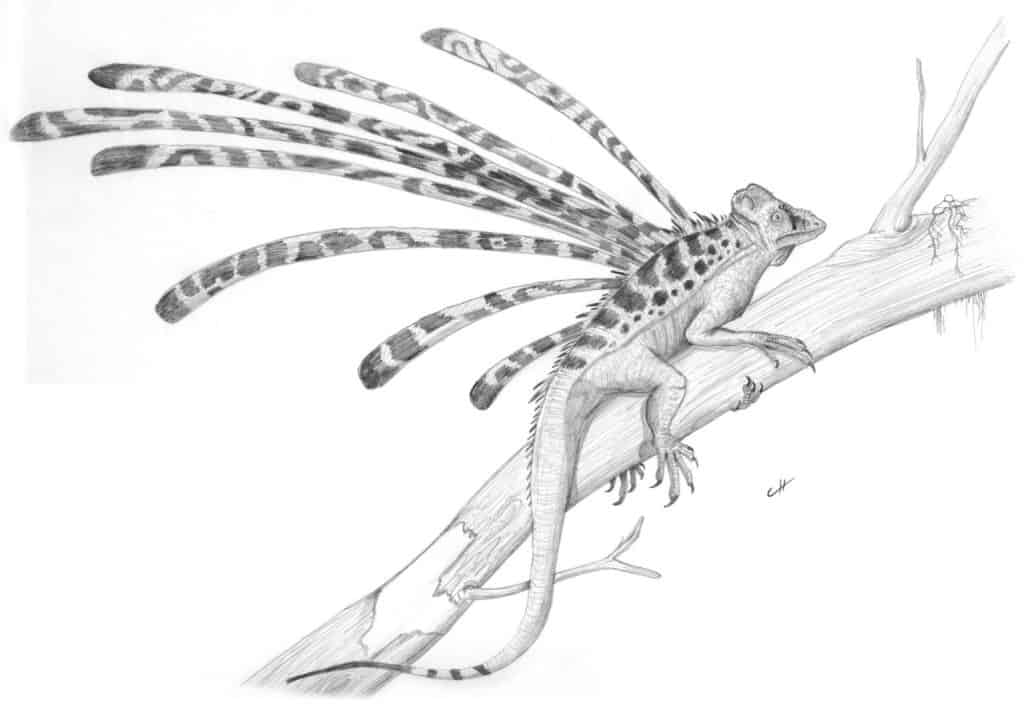 The Longisquama lived sometime during the Triassic Period, and was a small, lizard-like dinosaur that had long feathers striking down its back. The bird may not have evolved in the same manner as theropods, making them unique. 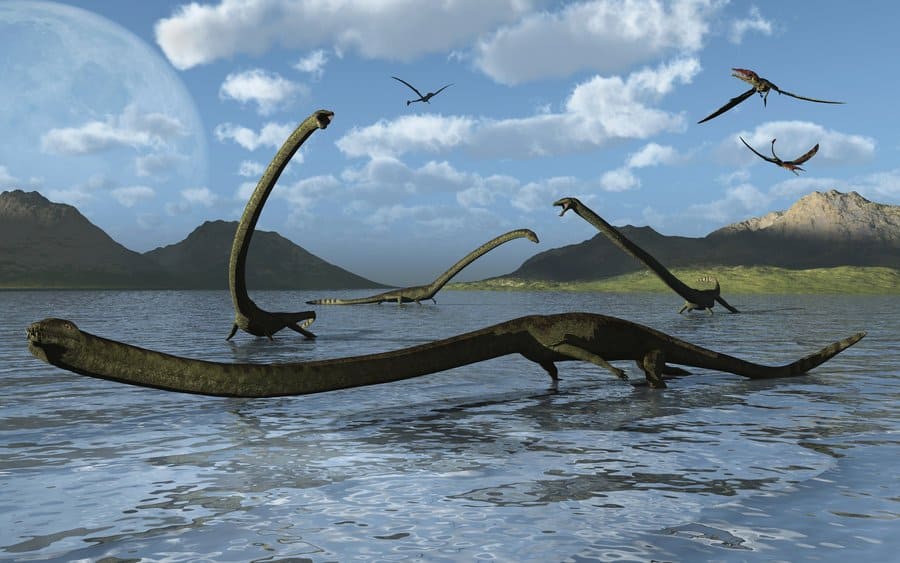 The Tanystropheus was a long-necked reptile that grew up to 20 feet in length, but had a 10 foot long neck. They were primarily a fish-eating reptile, and all of the fossils discovered today have been partially aquatic. 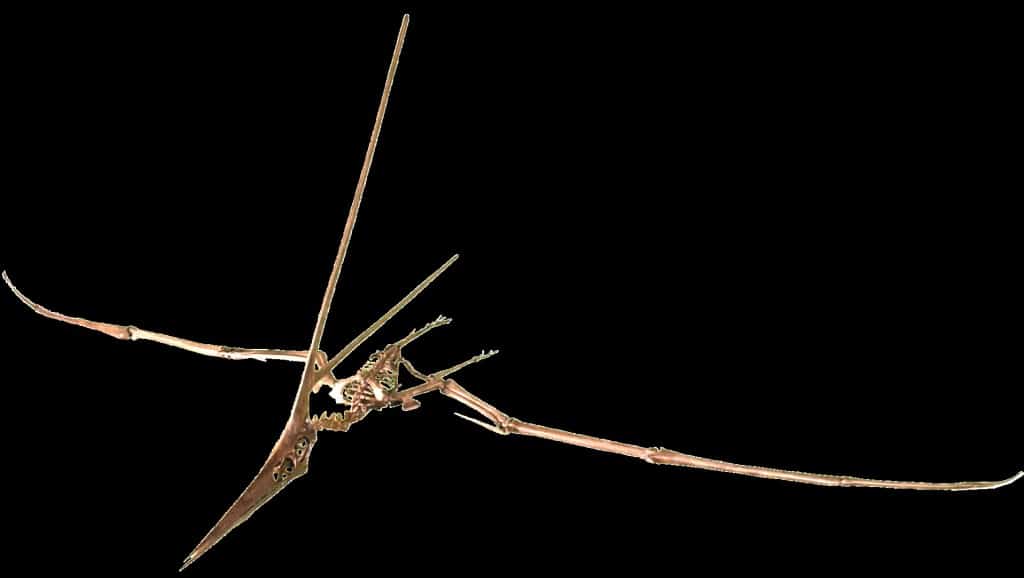 The Nyctosaurus is a genus of pterosaurs, but does not have any claws on their wings, like many others. They appear quite average, and were only discovered recently in 2003. They have weird antlers on their heads, which some thought were connected with a flap of skin. 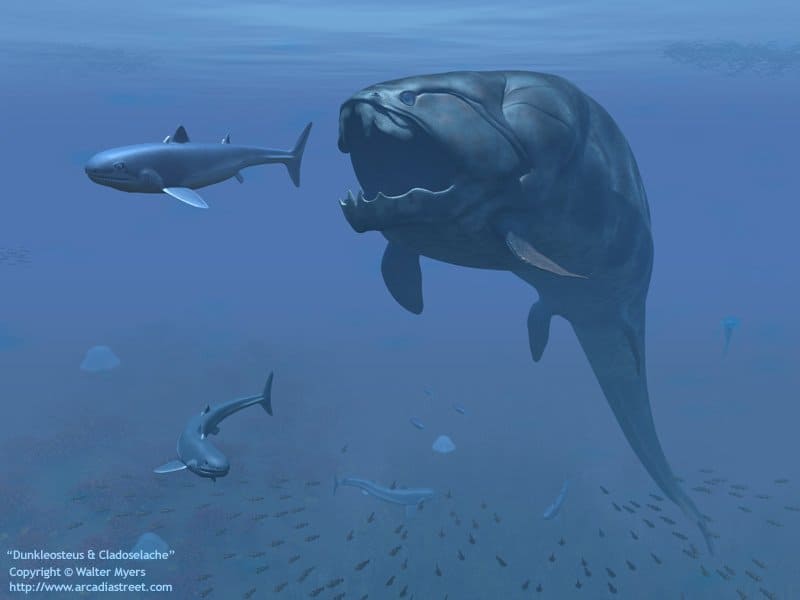 The Dunkleosteus is probably one of the scarier animals to have existed in the ocean. These fish managed to grow to lengths of up to 33 feet, had a completely armored face, and the strongest bite in all of known history. Their beaks were filled with razor-sharp teeth. 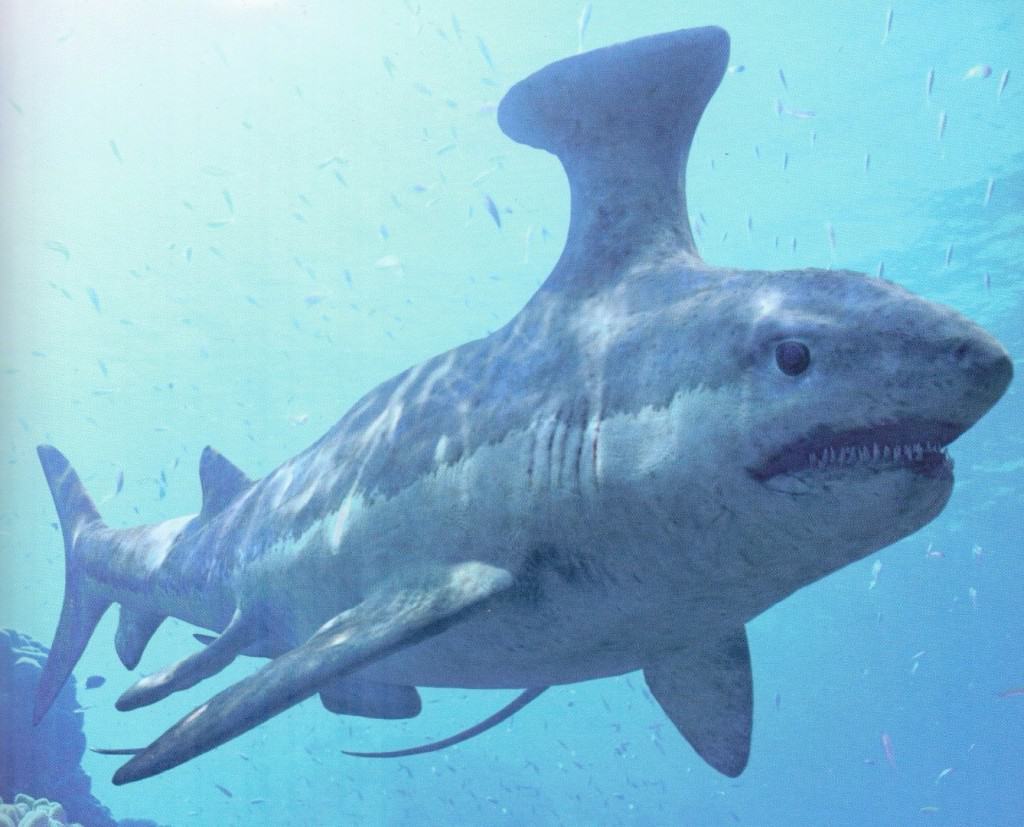 Sharks have been around nearly 400 million years, and many of those came from the Stethacanthus. This shark had an anvil-shaped dorsal fin, which has tiny spikes along it. They also have a bizarre growth on the head, which is thought to have been green in color and used for courtship. 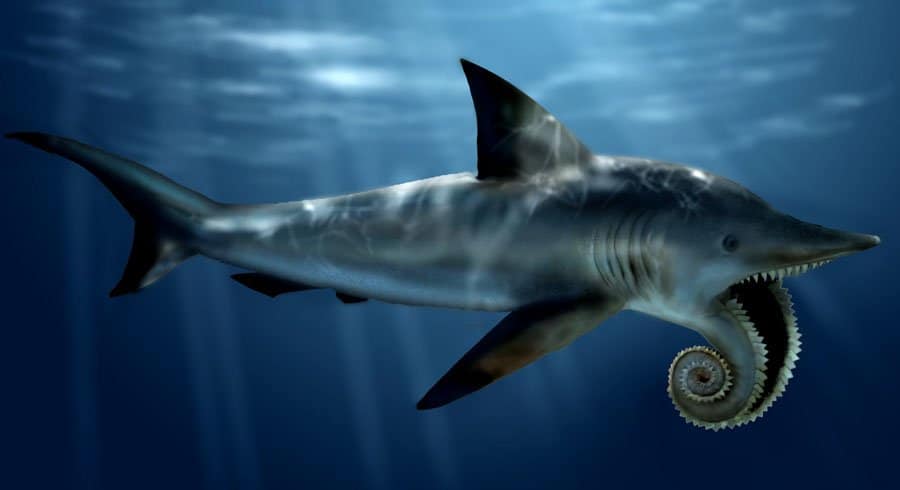 The Helicoprion is another bizarre fossil that was recently discovered. The shark had a weird saw-tooth jaw that unfurled when they were attacking and consuming prey. The lower jaw sucked in the prey.