10 Pictures Of Celebrities And Their Animal Doppelgangers

Everyone knows that their animals take on their master’s appearances. Sometimes this saying turns out to be more true than we would like to believe, but what happens when the people they take after aren’t their owners? Well in this list of ten unbelievable pictures that prove humans have animal doppelgangers, it can be seen that sometimes these animals take after some very famous people. Or in the reverse, sometimes these celebrities go out of their way to look like something from the animal world. 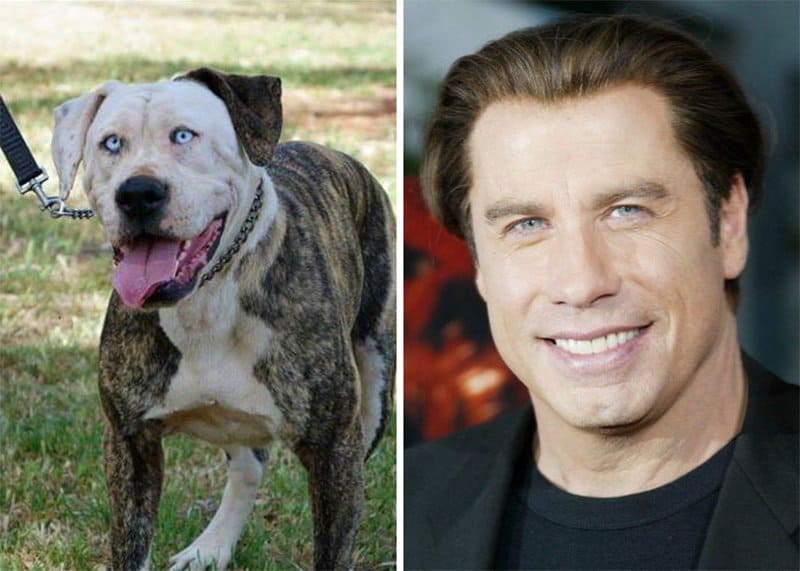 From the piercing blue eyes to the contagious grin, this pup pulls off the perfect John Travolta look. Or does Travolta look like him? 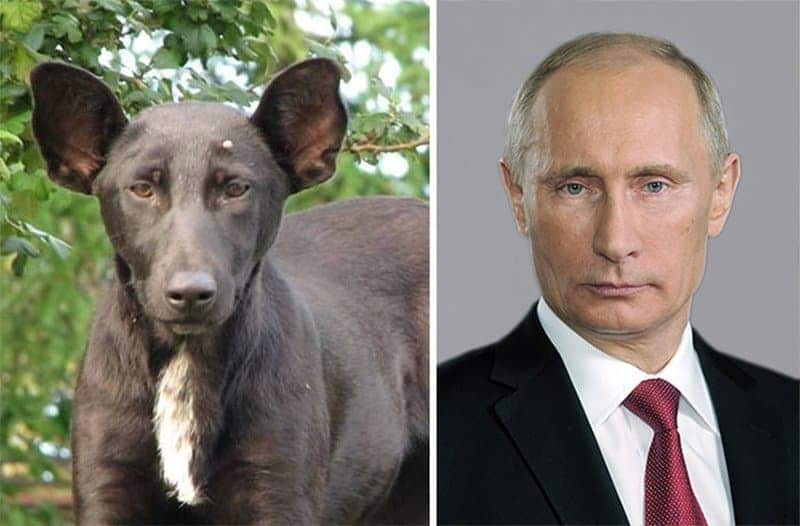 Bad to the bone and looking tough as ever is this Putin and pup duo. This dog probably has its fair share of bear fighting ability, just like his human doppelganger. 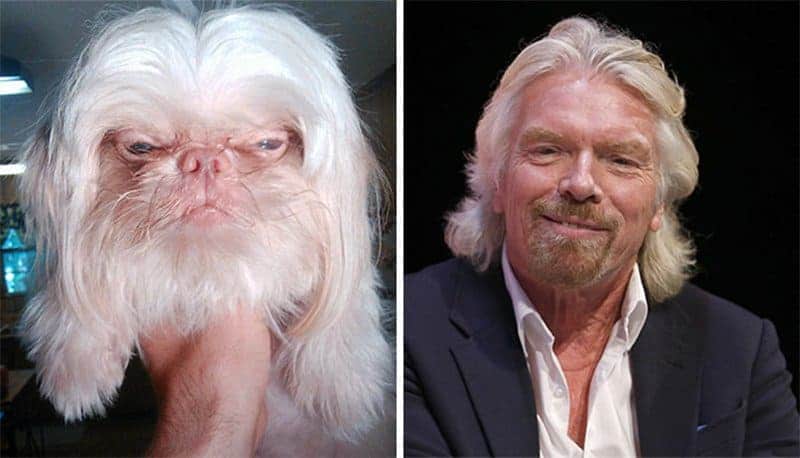 The owner of Virgin looks exactly like this little gremlin dog. The resemblance is uncanny with this multi-millionaire and this albino dog. 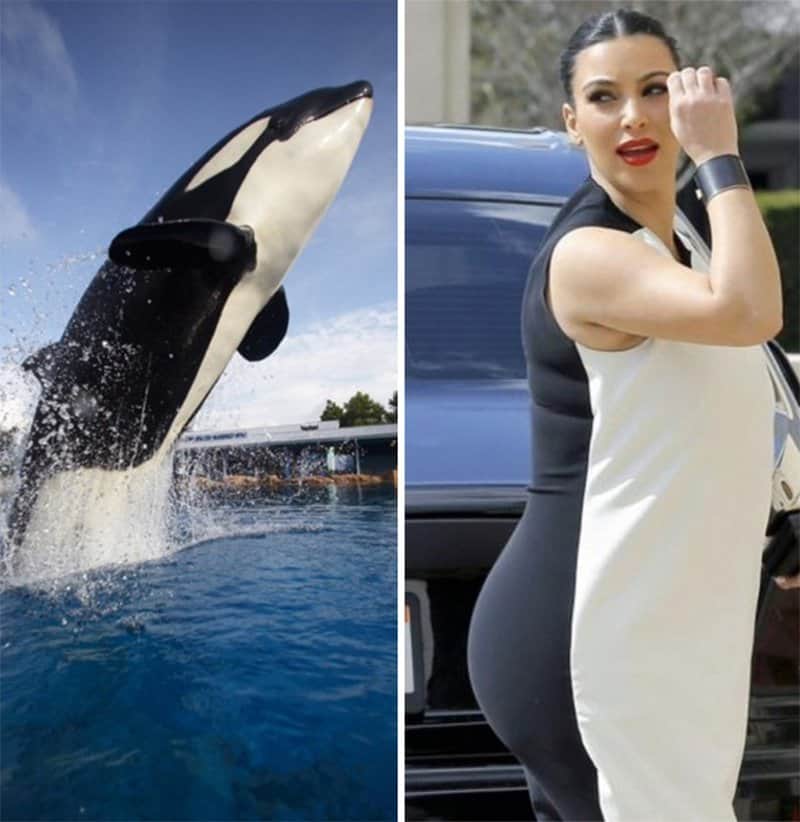 Pregnant ladies sometimes complain that they feel like whales, but Kim K even looks like one with this black and white dress going on. 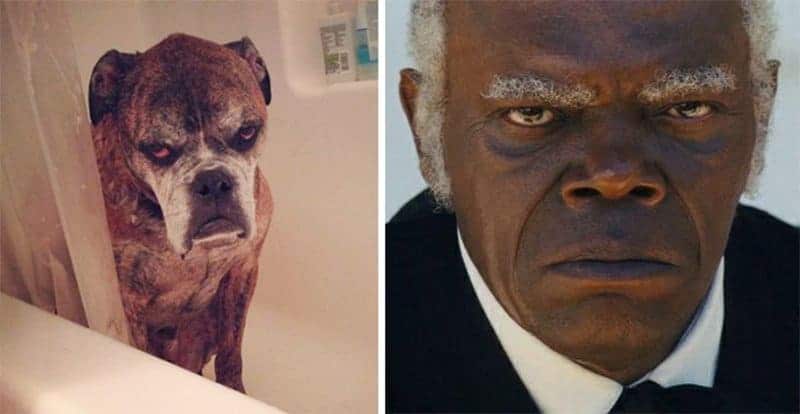 Although the pup looks to be sulking while Samuel L. Jackson looks to be angry, the similarities cannot be denied. It seems that they are both aging about as gracefully as each other too. 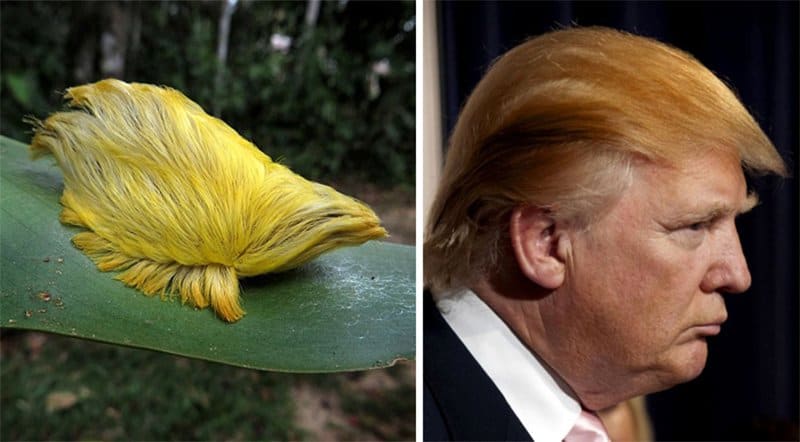 This worm looks exactly like Donald Trump’s (or should we say Drumpf) hair – or wig. Who knows, maybe this is where his hair stylist actually got the idea. 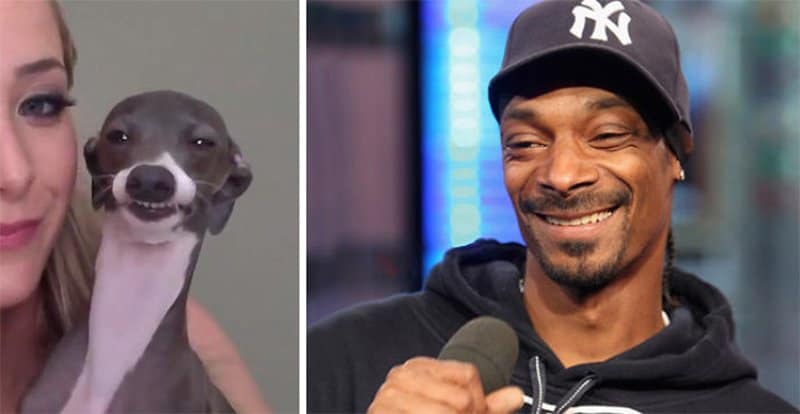 No puns needed when your name actually contains the word Dogg, and your closest resemblance happens to be of the canine variety. At least he changed his name back from Snoop Lion to make this joke possible. 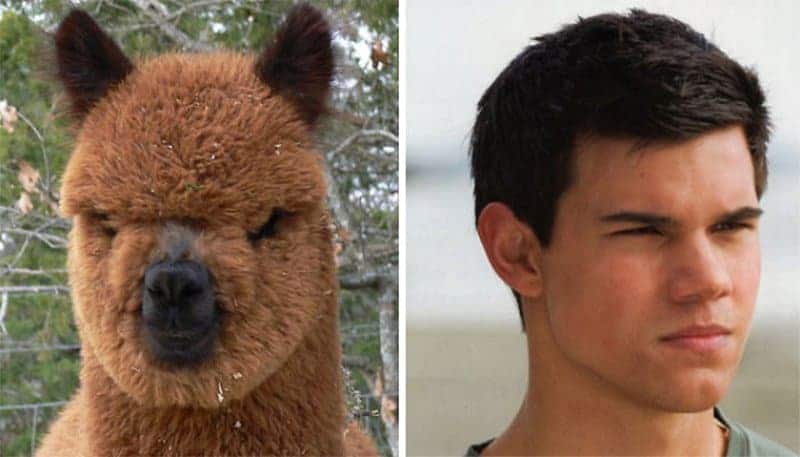 Wouldn’t it be funny to see this alpaca transform into a werewolf? Or would it have been better if Lautner transformed into an alpaca? Oh wait, he already did. 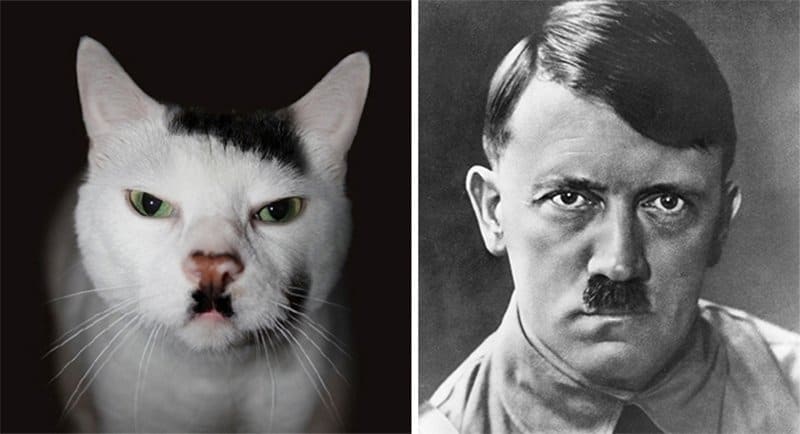 The uncanny resemblance goes beyond the traditional Hitler mustache and even the classic comb over. The intensity of both of their eyes is overwhelming. Are we sure this cat isn’t just a reincarnation? Does he have plans for world domination? 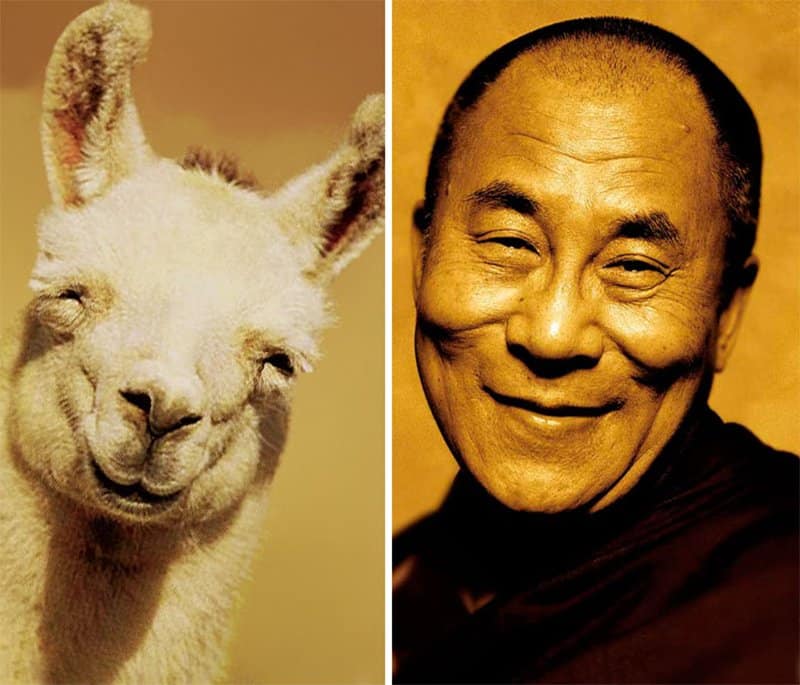 It’s hard to see who took inspiration from who, but the sheer joy in their faces is obvious to all. Dalai Lama looks like Happy llama; sorry, but it had to be said.