It is perhaps the most infamous secret organization to ever have existed: The Illuminati. The name of this group, which is Latin for “The Enlightened”, is at the root of many conspiracy theories. Originally founded in Bavaria in 1776 by Adam Weishaupt, the group was founded to oppose superstition, obscurantism, as well as religious influence over public life and abuses of state power. While this might sound noble, this has not stopped many conspiracy theorists from attributing plots of world domination to the secretive group. Here are the top ten people who shaped the vast conspiracy theories surrounding The Illuminati.

Augustin Barruel of the Jesuit Order 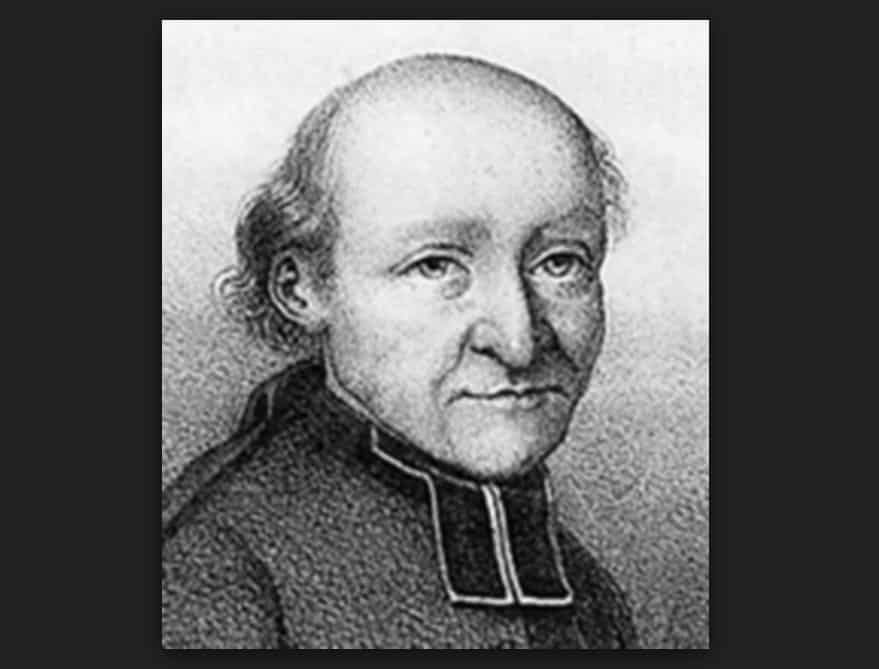 While The Illuminati was formed in 1776 it didn’t take long for conspiracy theorists to start lobbing accusations at the group. By the late 1700’s, a French Jesuit, Augustin Barruel, claimed in his Memoirs Illustrating The History Of Jacobinism, that the Illuminati had infiltrated the age-old Freemasons association and had helped orchestrate the French Revolution. True or not, the accusation should not be surprising given that they were lobbed at a secular organization by a devout Catholic. 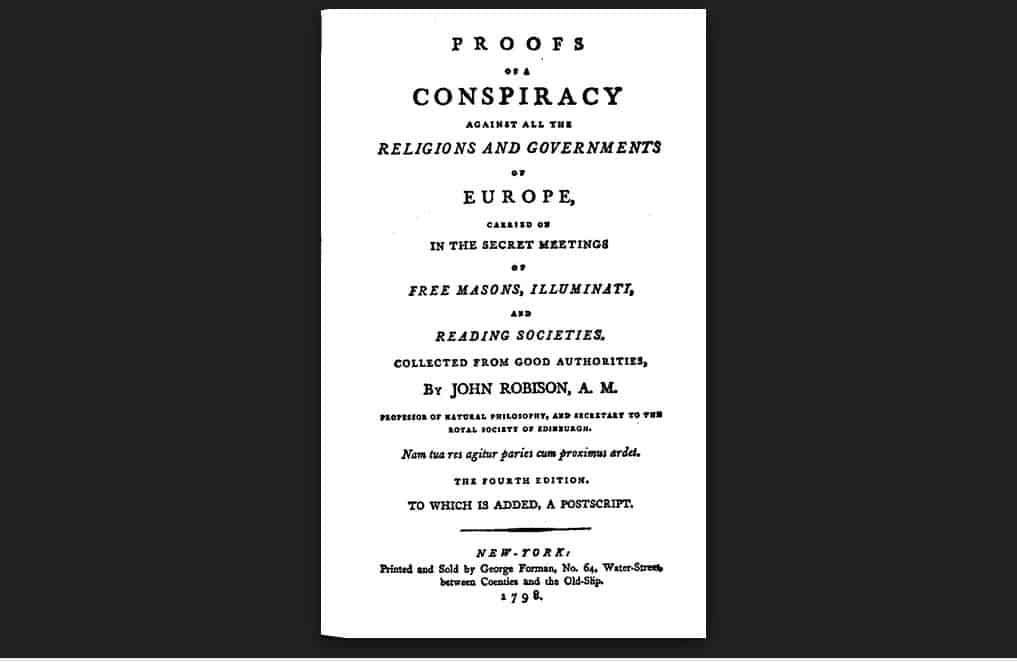 John Robison was a Scottish physicist and inventor of what has become known as the mechanical siren. In addition to his scientific achievements, he also published a book titled “Proofs Of A Conspiracy Against All The Religions And Governments Of Europe” in 1798. His conclusions were similar to those of Augustin Barruel in that he believed the Illumanti has infiltrated the Order of Freemasons and encouraged the French Revolution. Despite these claims, the Freemasons sought to refute that their ranks had been infiltrated. 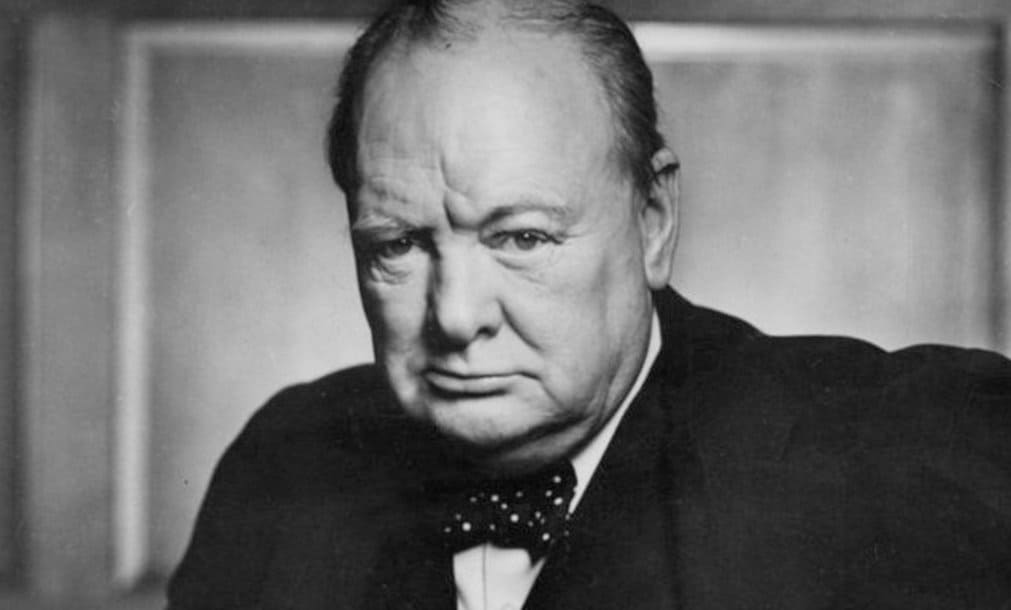 Nesta Helen Webster, a far-right British political activist and member of the British Union of Fascists played a major role in resurrecting the Illuminati conspiracy theories after a century-long hiatus since the writings of his predecessors. He was influenced by the writings of men like John Robison after researching the causes of the French Revolution. Nesta was so effective that he even got Winston Churchill interested in his claims. 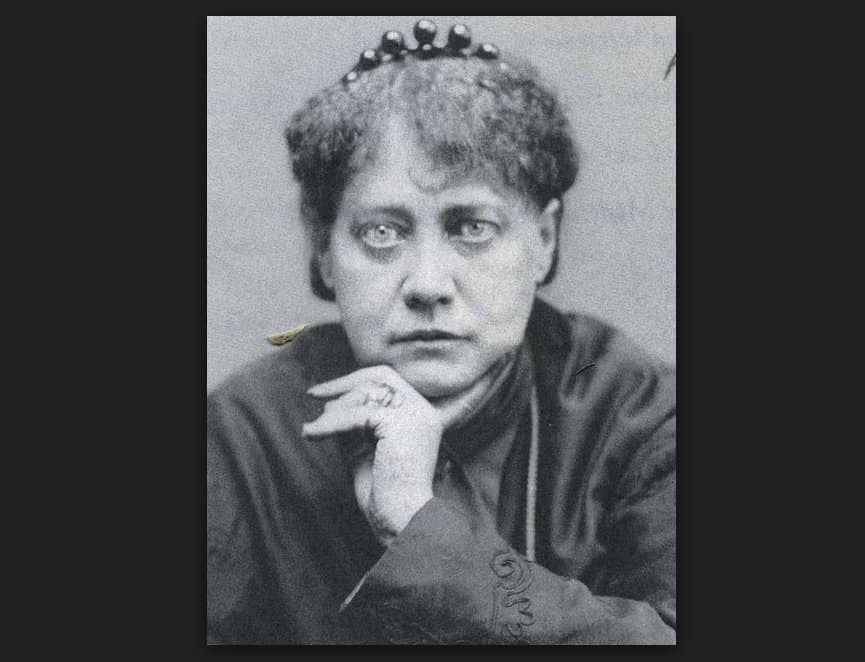 Throughout her life, Alice Bailey was both a contributor to the New-Age movement as well as a Theosophist earlier in life. While not a member of The Illuminati (as far as we know), many of her writings are said to have influenced the worst of many supposed beliefs of the modern Illumanti. These beliefs include plans for a “New World Order” as well as criticisms of Judaism and the need for the “Aryan Race” to take over the world. 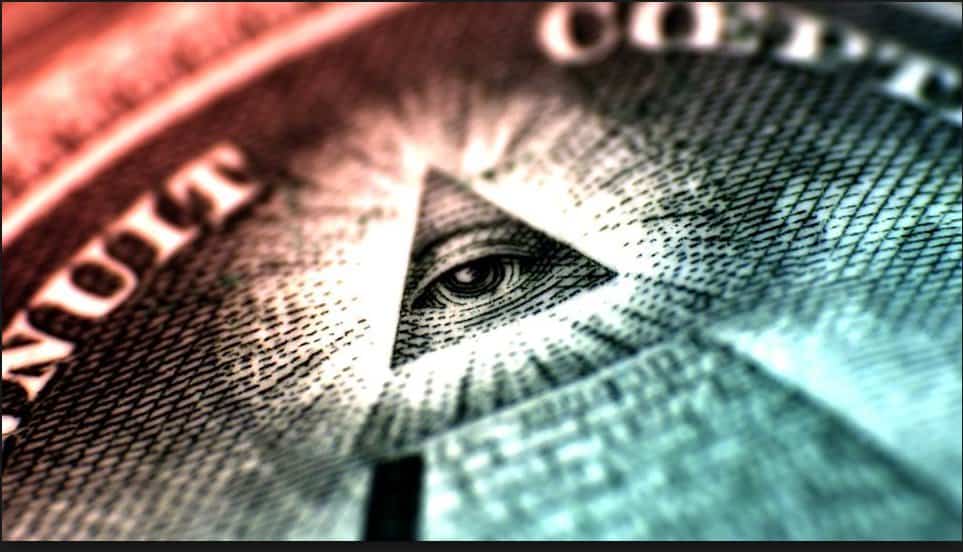 Kansas Preacher Gerald B. Winrod is believed to have been responsible for resurrecting Illuminati conspiracy theories Stateside throughout the early 20th century. However, Winrod believed in a Jewish Illuminati conspiracy that revolved around the idea that members of the Hebrew religion planned to take over the world. If that wasn’t bad enough, he espoused these views in his regular publication “The Defender“. During World War II he was indicted by the U.S. government for his pro-Nazi views. 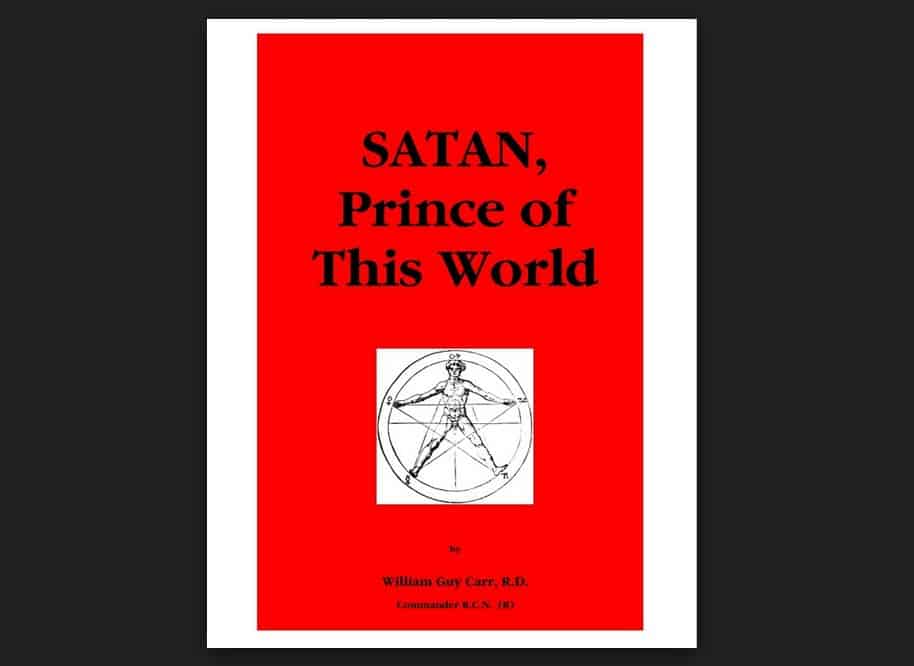 William Guy Carr was a Canadian naval officer who served in both World Wars and published many works throughout his life – some of which involved multiple conspiracy theories. As a Christian fundamentalist he was suspicious of any group that sought to engender a secular society – in particular The Illuminati. In his view, the group was part of a broad attack on Christianity and that groups like The Illuminati must be identified and faced head on by modern Christians. 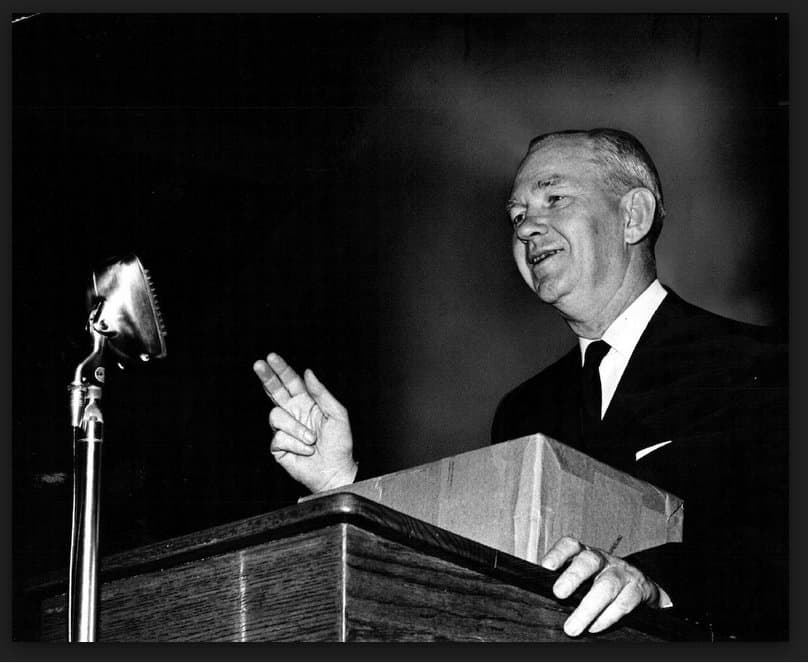 If you think you’ve heard the name Robert Henry Winborne Welch Jr. you’re probably right – he was the founder of the John Birch Society. Mr. Welch was a fierce anti-communist who spent a great deal of his life fighting against what he believed to be the “communist danger”. Despite his views leading to the FBI taking a special interest in him, he continued to put forth his ideas. Some of which included the belief that men like Woodrow Wilson and Dwight D. Eisenhower, along with the Rothschilds and Rockefeller families, were in cahoots to put forth a New World Order via The Illuminati. 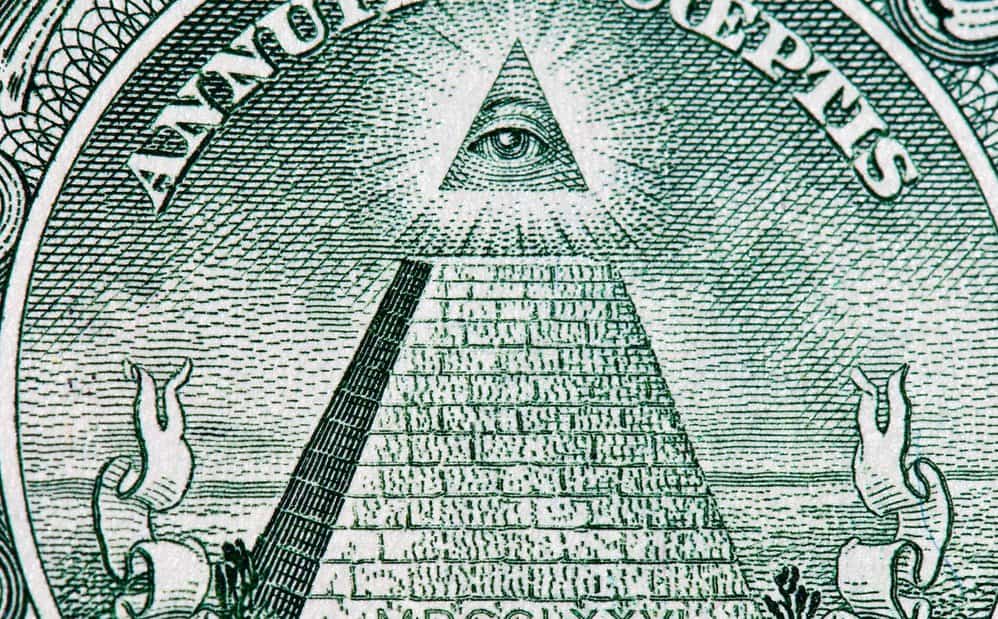 John Todd didn’t start out in life as most of us do. He was, according to Mr. Todd himself, born into a Satanic Illuminati family. While he eventually found his way to converting to traditional Christianity, this hasn’t stopped him from exposing what he believes is a sinister pact between Aliens, the U.S. Government, and Demonic Spirits. A more modern conspiracy theorist, his views are all over the internet in case you are curious. 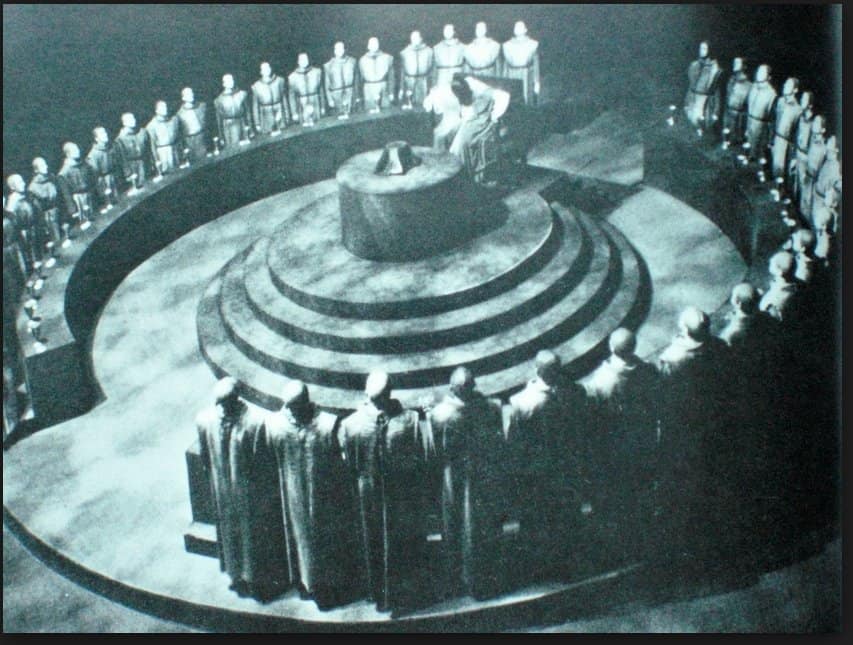 We may not know who their real name is, but back in 2008 an individual with the username “Hidden Hand” held a question and answer session in an online forum located at AboveTopSecret. “Hidden Hand” claimed to be a member of The Illuminati and, further, that he had been directed by the “Law of our Creator” to answer questions to the broad public. While some of the claims made by “The Hand” have since been disproved, the knowledge displayed by the unnamed individual will likely be talked about for years to come. 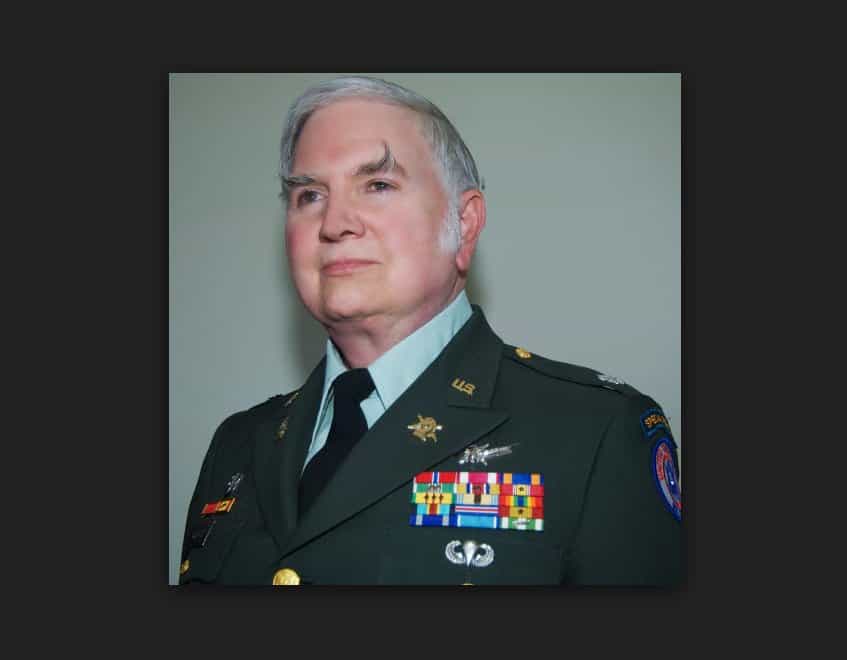 Michael Aquino represents a man of many talents — not only was he involved in the United States Military’s Psychological Operations but he also happens to be the founder of the ‘Temple of Set’ for true believers in the power of Satan. His work for the military, which included weapons that could affect the human nervous system, lead many conspiracy theorists to conclude that Satanic Illuminati had not only infiltrated the highest levels of government but were using these weapons on an unsuspecting public!