10 People Who Got Perfect Revenge On Their Cheating Partners

Many people spend a large proportion of their life looking for the perfect partner. Unfortunately, these relationships don’t always last or end up being all that perfect, with one or both of the participants going on to cheat by having sex with someone else. It’s an all too common occurrence that can devastate families, ruin finances and end relationships in an instant. Some people, though, manage to keep their dignity despite the infidelity of their partners and occasionally even manage to get sweet and hilarious revenge on the cheater. 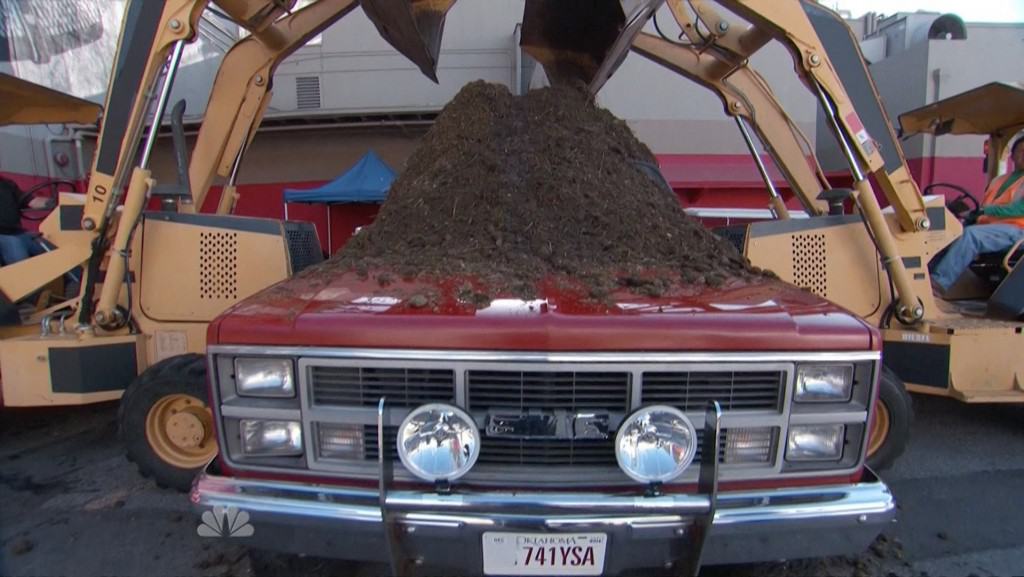 Upon discovering that his wife had set up a profile on a dating website, presumably to find potential dates, a farmer promptly loaded up his tractor with horse manure and dumped the load onto the woman’s convertible. 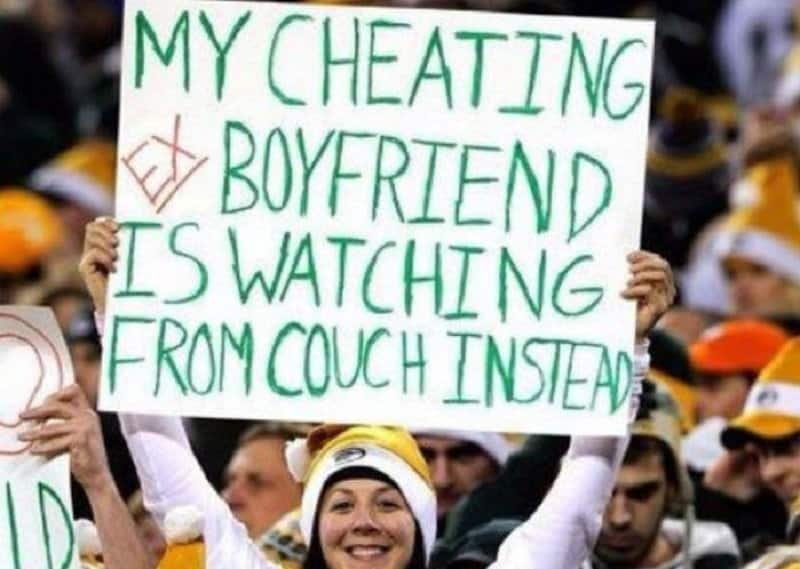 It’s probably one of the worse things that any girl could ever do to a partner, taking his prized tickets for a sporting event and going herself without him. However, if you have been cheating on your girlfriend then you probably deserve it. 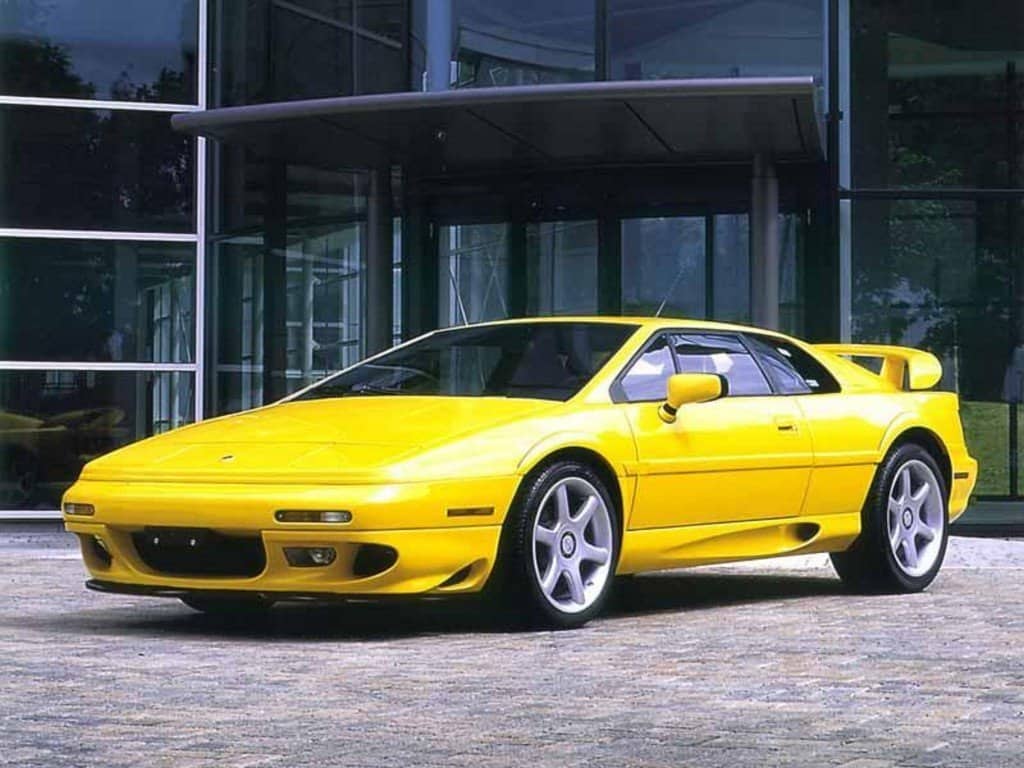 When British DJ Tim Shaw revealed that he would happily cheat on his wife and mother of his children with a model live on radio, she promptly put his prized sports Lotus sports car on eBay for just £0.50. He was later able to get it back by paying £5,000. 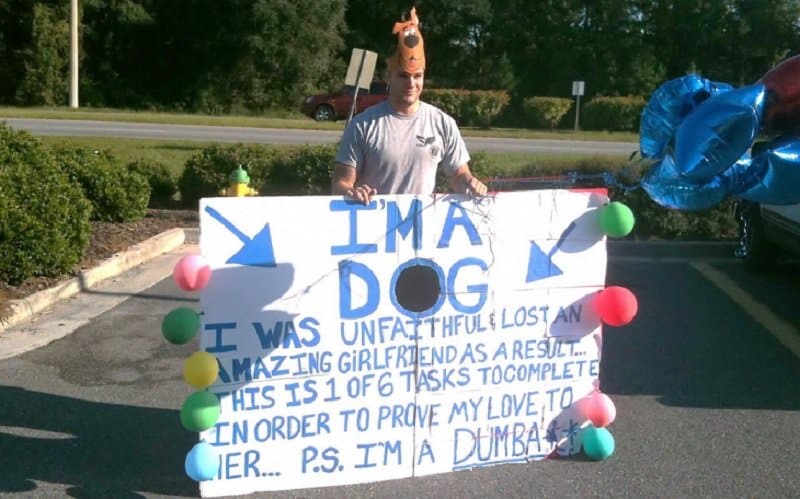 Setting your cheating partner a series of challenges and tasks to prove that he still loves you is an ideal way to get back at him and ensure he doesn’t cheat again. Though it would be kind of funny if when he finished this woman still refused to take him back.

Taking Out A Billboard Ad 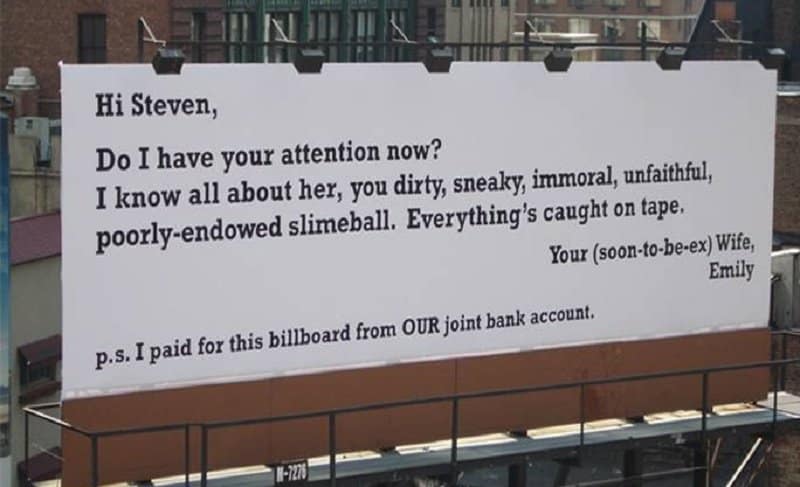 When Emily’s husband cheated on her, she decided that she needed to inform as many people as possible about his infidelity as humanly possible. If that also meant paying for the advert out of his own money then so be it. 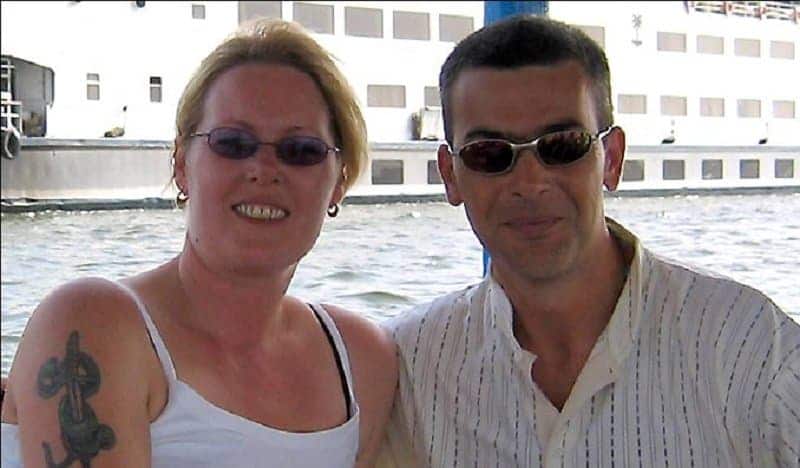 After finding out about his wife cheating on him with another man, Paul Osborn did the only sensible thing he could do. He listed her for sale on eBay while describing her as a “lying, cheating, adulterous whore” and eventually received bids of up to £500,000 before police forced the listing off the site. 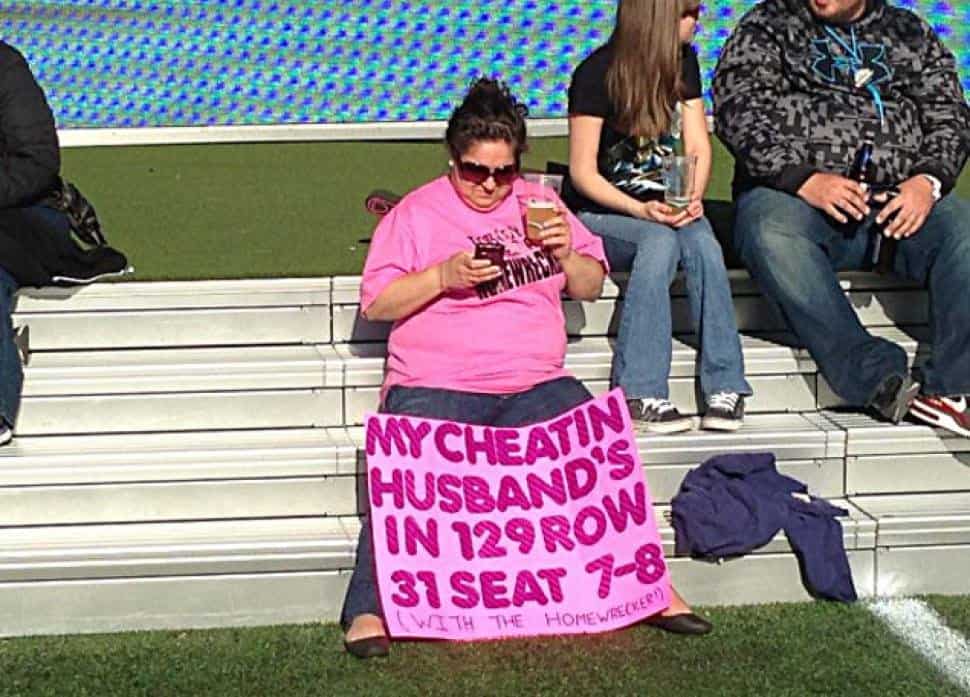 If you really want to humiliate the person who has left you for another woman, why not take a leaf out of this wife’s book. All you have to do is follow the adulterers to the sporting event they are going to, create a sign and then let the cameras know exactly why you are there.

Take Out A Newspaper Listing 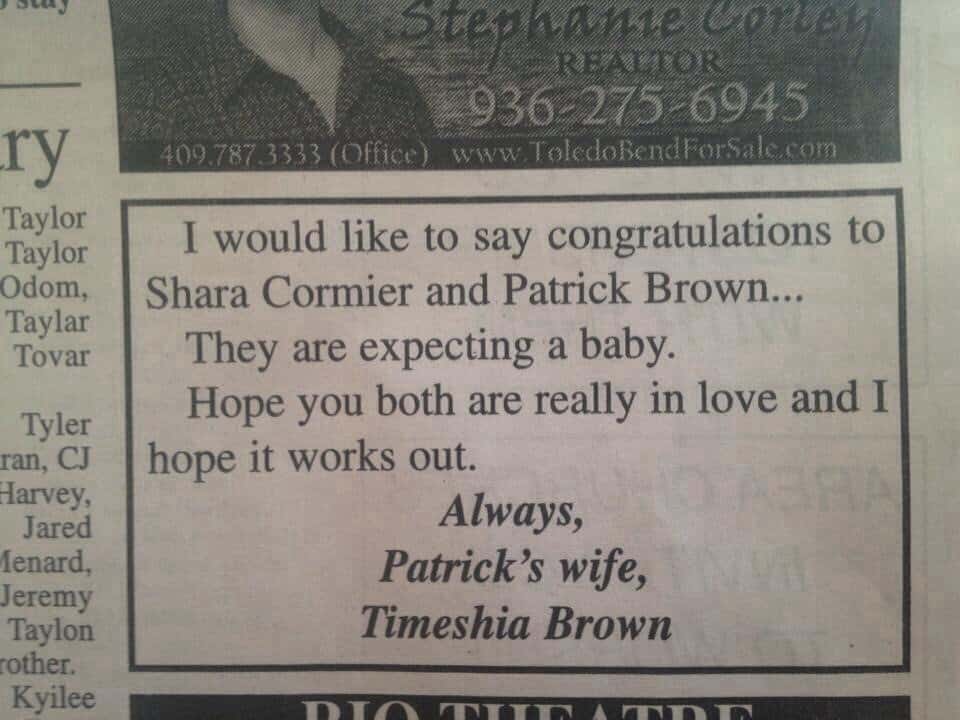 It’s hard to know whether Patrick could see the sarcasm in this message or whether he just thought that his former wife was being really kind to him and the woman he got pregnant. Of course, the local community also all found out about his indiscretions thanks to the advert though. 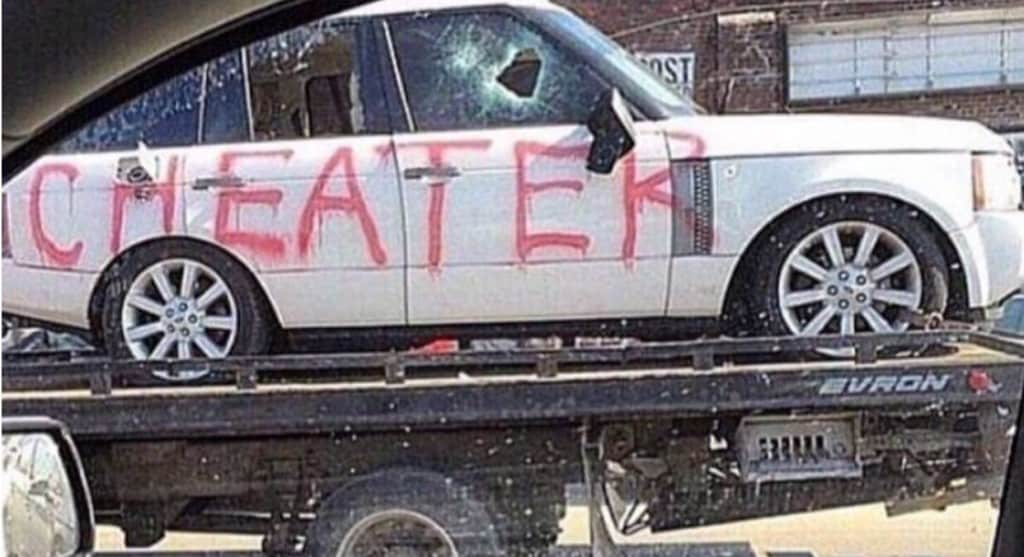 It turns out that cheating on your long term partner may not be the best thing for your insurance premiums. After all, they might just take out their anger and rage on your expensive car. Hopefully the adultery was worth it though. 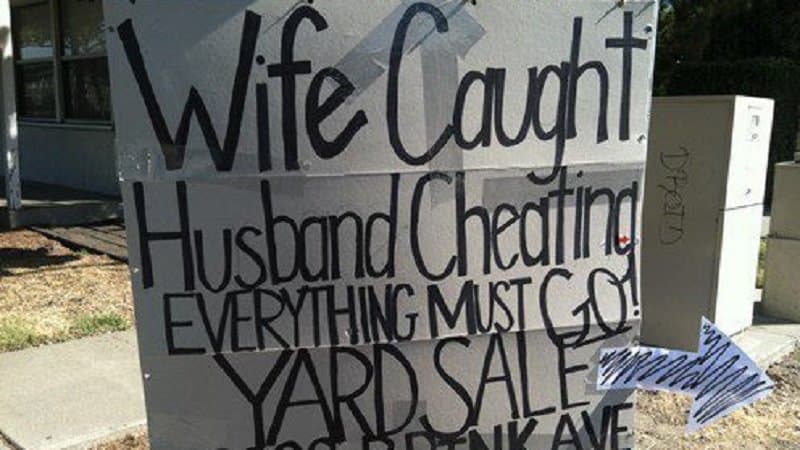 A woman from White Rock, British Columbia decided that she would get her own back on her cheating husband while he was away. She posted an advert on Craigslist inviting any local people around for a yard sale where she sold every single one of his possessions.