At some point in our lives, we all wanted to just disappear. Sometimes it’s the stress, sometimes we just want to pack up our stuff and start over halfway across the world, away from our current problems. What many have dreamed of, these ten people actually achieved. They not only wished to disappear, but did so by faking their own abductions.

All of the stories are nothing short of a movie script, with detailed planning and quite outstanding motives, from bad grades to cheating on spouses. The stories got them all to be featured in local newspapers, sometimes even nationally and internationally. However, alongside that, all of the stories also ended up with the people getting caught and eventually even sent to prison, so we advise you to think about whether it’s a smart idea to execute such an elaborate and risky plan. 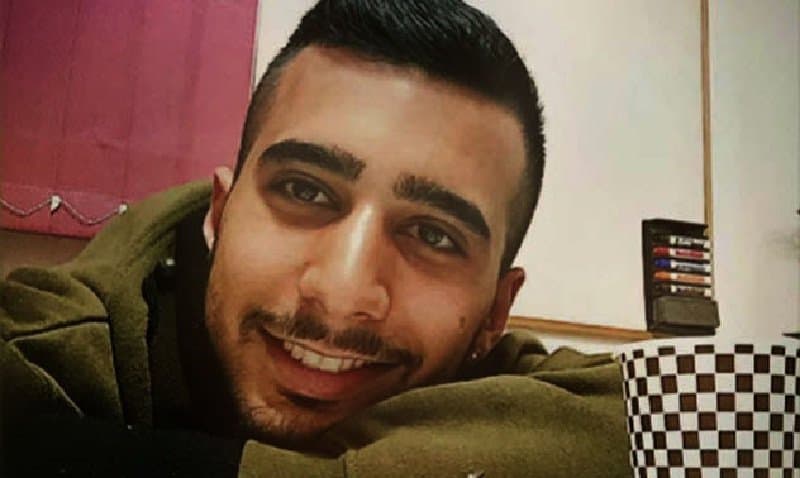 In 2012, Jason Laparriere spent the night out by cruising around town. He met a woman and they had sex and smoked crack until the sun came up. At some point, he became worried his then girlfriend would be worried where he was so he came up with a plan and pretended he had been kidnapped.

The 25-year-old man talked the woman he slept with that night text his girlfriend. The text was simple, saying he had been forced into a car at gunpoint by two men over a drug debt and kidnapped. He proceeded to call his girlfriend after and told her the men had punched him several times in order to make him confess where his house was. Laparriere’s girlfriend called the police and when he came home he recalled his story to them, even giving the names of his abductors. In the end, after more extensive questioning, the man broke down and confessed he made up the whole thing. He was arrested and sent to jail for six months.

Sierra “CeCe” Sims was the pretty and popular student of Auburn University in Alabama along with being a successful sportswoman, studying on a full basketball scholarship. Coincidentally, her real love was music. She wanted to get a career in the music industry, but with basketball training and games taking up so much of her time she had no time to pursue her passion. The burden of trying to be successful got to her more and more until she started drinking and partying a lot when Sims couldn’t handle the pressure any longer. After attending a concert on campus late one night, Sims skipped practice the next day. Her coach and parents contacted the police and the search party started.

Students at the university reported seeing Sims take off on her bike the previous night. Almost a day later, Sims came up to a police officer, identified herself and told him she has been kidnapped. According to her story, a truck had pulled up outside her dorm, with two people pulling her inside and drugging her. When police started asking for more details, Sims confessed to making up the whole thing. She was never charged, but dropped out of the university and now lives with her parents. 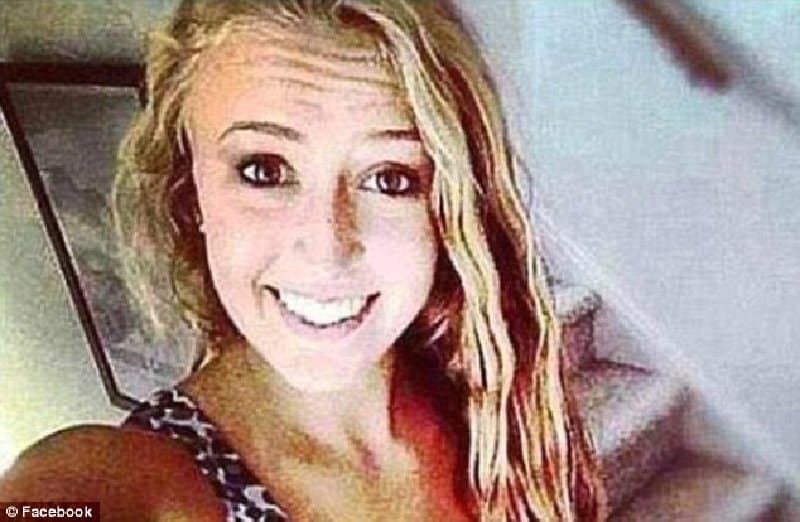 Caitlin Rose Pare was a mother to her three-year-old daughter. One day after hurting her back at work, she got painkillers which soon led her to being addicted to drugs. Her addiction quickly got out of control and she ended up buying oxycontin and fentanyl on the street. After she built up a $350 debt to her dealer, Pare got the brilliant idea to pose as a kidnapper and send text messages to her family to get them to pay up the money, saying that the debt will be paid one way or another, alluding to a threat to her safety.

Pare’s mother contacted the police, who were highly suspicious about the story, even more so when they spoke directly with Pare on the phone instead of her kidnappers. In the end, Pare was confronted by the police and admitted she made up the whole thing to get money to settle her drug debt, but also admitted she came up with the abduction plot because she actually had been kidnapped by her dealer a week earlier for a few hours. 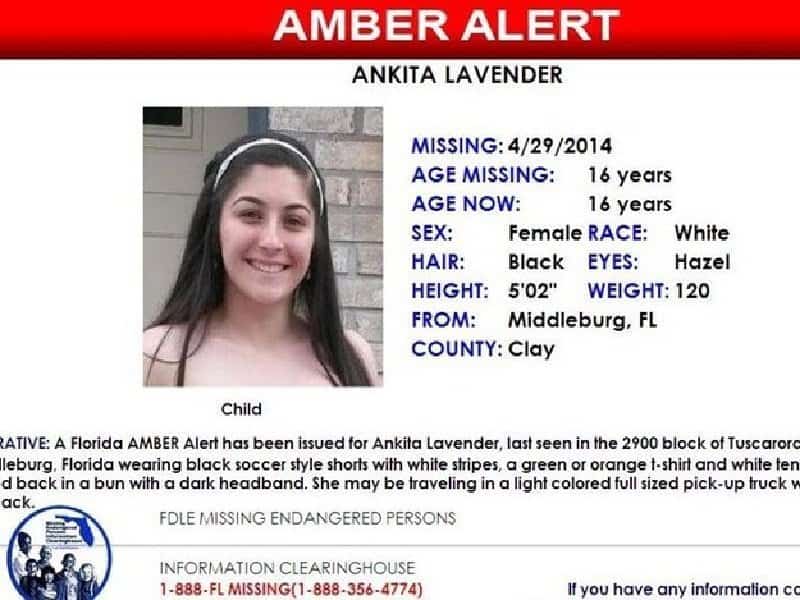 When 16-year-old Ankita Lavender got dumped by her then-boyfriend, she was heartbroken and started thinking of ways to get back together with him. In 2014, the girl called her father and told him that she had just been kidnapped by two men. The police were contacted and began a huge search for the teen which led to Lavender being found by a driver on the side of the road.

During police questioning, Lavender broke down and admitted that the whole thing had been a hoax. She was trying “to play the sympathy card” to get her boyfriend back. 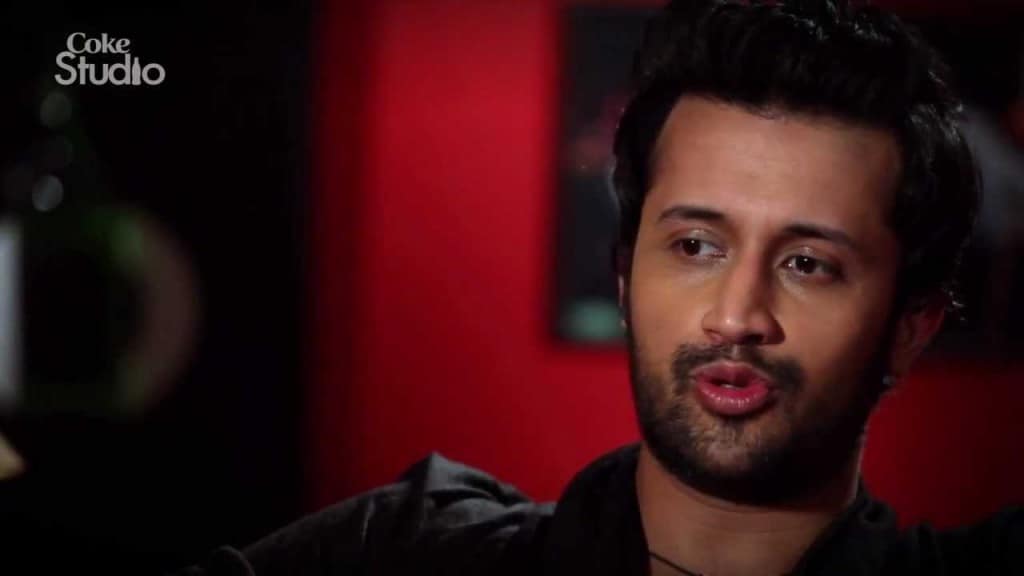 After Aftab Aslam flunked his English class for the second time, he became panicked about telling his parents about his academic achievements. He decided to pretend to be a gang member and texted his parents telling them that their son had just been kidnapped and would be killed if they contacted police. After his parents did call the police out of fear, the FBI got involved too.

During the investigation, the police realized the phone used to contact Aslam’s parents was purchased by the man himself and started suspecting the whole story was made up. Aslam showed up a few days later at his parents’ door, telling them and the police that he had been drugged and kidnapped. The police questioned him until he cracked and admitted to making up the abduction. He was arrested and charged with making terrorism threats, making false statements, falsely reporting a crime, and tampering with evidence.

In 2005 a woman by the name of Jennifer Wilbanks was about to get married to John Mason in a grand wedding with over 600 attendees. So, when four days before the wedding the 32-year-old woman disappeared, everyone was in shock and even the media got involved.

Wilbanks left home to go for a run but never came back. Her fiance got worried and called the hospitals, went searching for her and when the night came and she still hasn’t come home, he called the police. By then, almost 300 people were already looking for the woman. Four days later, Wilbanks called her fiance and told him she was kidnapped and raped by two people, a white female and a Hisanic male. After an FBI agent talked to her and informed her that her story didn’t make sense, she broke down and confessed she had faked her kidnapping. She was under a lot of pressure from the wedding. In the end, she was charged with one felony account, and sentenced to two years probation. There was no wedding. 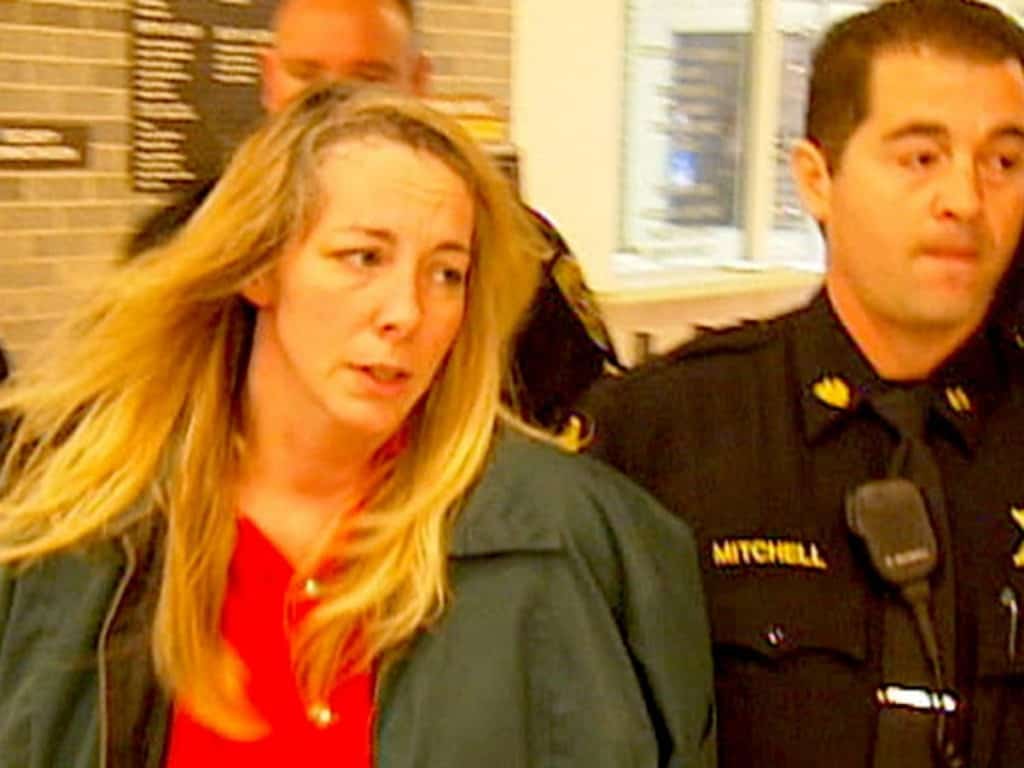 Bonnie Sweeten from Feasterville, Pennsylvania enjoyed living a lavish lifestyle, the same lifestyle she couldn’t afford, considering she worked as a paralegal and her husband was a self-employed landscaper. Turns out Sweeten was committing fraud at the law office where she worked and managed to steal $640,000 from the firm and obtained a loan of $150,000, all the while stealing $280,000 from an elderly relative.

When she discovered the police was onto her, she opted for the only logical way out – she fled the town. While boarding a flight to Disney World she called 911 and reported she and her daughter have been kidnapped. After a brief investigation, the police found out Sweeten emptied her bank accounts and stole her coworker’s ID to book the flight and hotel. In the end, instead of saving her from kidnappers, the police arrested Sweeten and she was sent to prison for eight years. 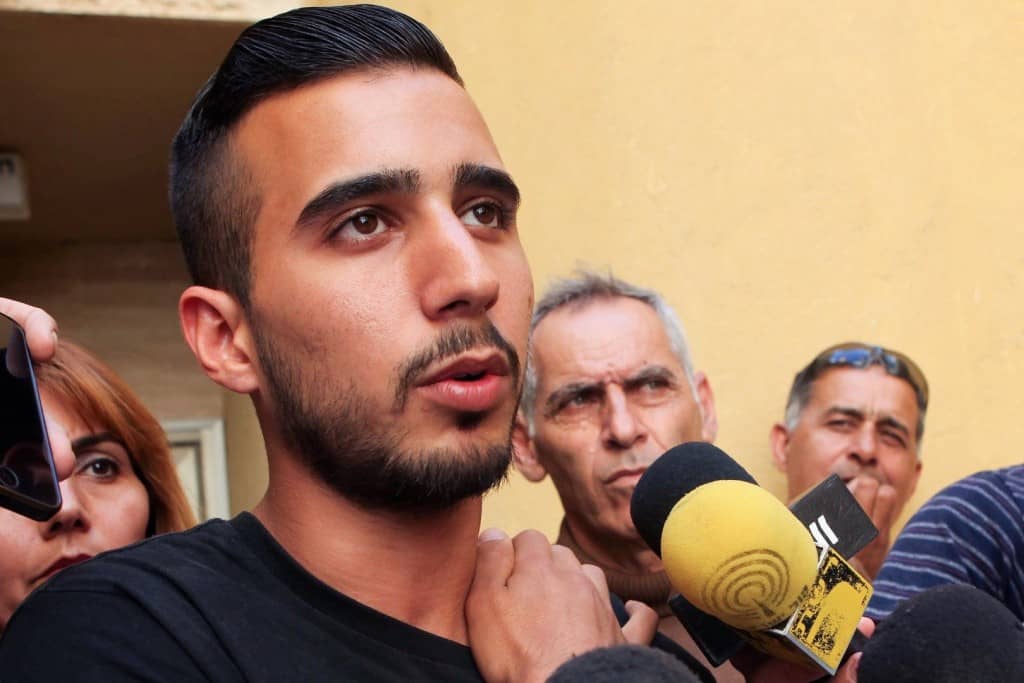 The war in the Middle East has led to many incidents of Israeli citizens being kidnapped and sometimes murdered by Palestinians. S,o whenever there’s a case reported to the police of one of the Israeli citizens gone missing hear the Palestinian border, it is taken seriously. One such occasion was when a 22-year-old by the name of Niv Asraf was reported missing.

Earlier this year, police got noticed Asraf never returned from the Palestinian village of Beit Anun where he went to get tools to fix the flat tire on his car. The police sent hundreds of Shin Bet security agents and even helicopters in order to find the young man. He was found soon in a nearby village equipped with a sleeping bag and canned goods. It was obvious to the police that his kidnapping was just a farce. He did it to get away from his gambling debts. 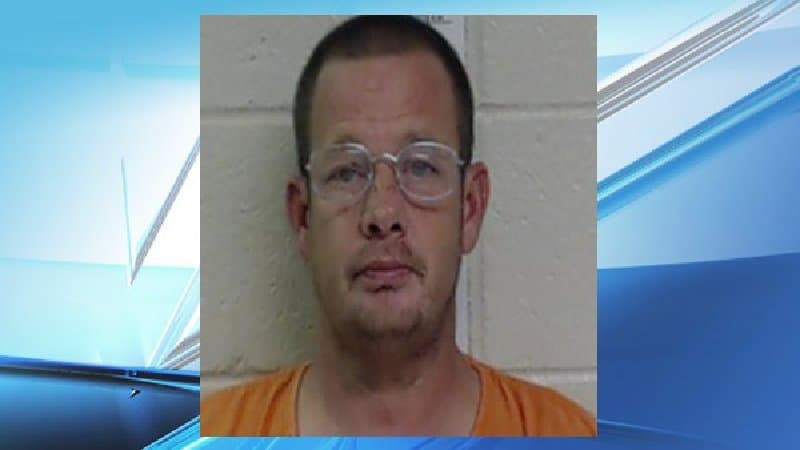 Back in 2014, Robert Groomer’s house was visited by the police for a domestic issue which led to his wife getting an order of protection and consequentially divorcing Groomer and moving away. However, the man was determined to get back with his wife. Almost a year after the divorce, media outlets were contacted with information about the man under the name Robert Groomer having been abducted and held hostage. The media contacted the police and an investigation started.

A few days later, police got contacted in connection with a fire that happened in the home that belonged to Groomer’s ex-wife, a fire that was deliberately set. The police found out Groomer had been previously convicted of federal explosive charges and the man’s supposed kidnapper claimed responsibility for the fire. It took little for the FBI to locate Groomer, arrest him and after questioning he was charged with attempted murder. 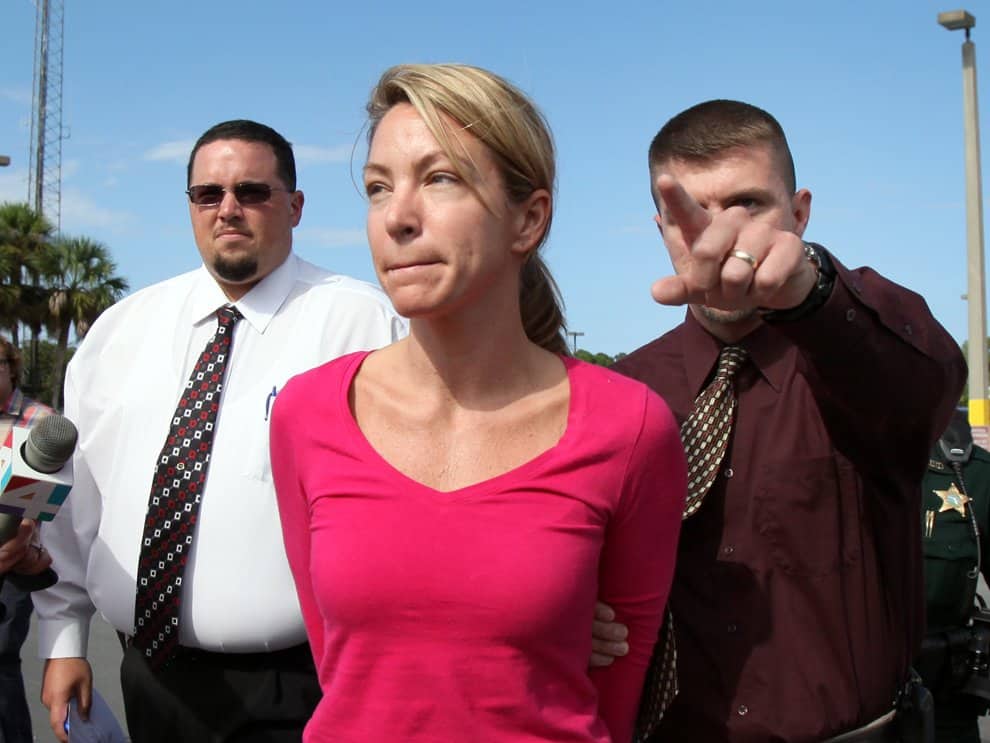 The disappearance of 37-year-old Quinn Gray was nothing short of a movie storyline. In 2009, an executive by the name of Reid Gray came home to a letter that his wife Quinn left him. The letter stated she was kidnapped and the abductors were asking for $50,000. The first thing Gray did was contact the police. In the next couple of days, Quinn called her husband to arrange a meeting where he could drop off the money for the captors and she could be released. The money was dropped off by Quinn’s mother, but after nobody picked it up, it was brought back to police by local students.

After a few days passed, Quinn walked up to a police station and told the investigators about her kidnapper, who was named Jasmin. The police identified the man as Jasmin Osmanovic and questioned him, but his story was quite different from Quinn’s. He told them they met at a gas station and started seeing each other. They decided to make up the kidnapping so they could extort money from her husband. For proof, Osmanovic offered up a 90-minute audio tape of the two having sex and plotting the kidnapping. In the end, Osmanovic and Quinn got sentenced to probation, and Quinn’s husband divorced her.