10 Nipple Tattoos That Are Shocking And Hilarious

Tattoos are one of the oldest forms of self-expression and have been around for centuries in various cultures. In today’s world, they have slowly moved away from being an art form to becoming something people do just for the sake of hilarity.

One of the weirdest places a person can get a tattoo is perhaps the nipple region. Although the male nipple seems entirely pointless and feel more like a defect of evolution, tattoo culture has turned this region around and has used the really strange projection to create some truly hilarious tattoos. Here is a list of 10 tattoos that utilize the nipple with great results: 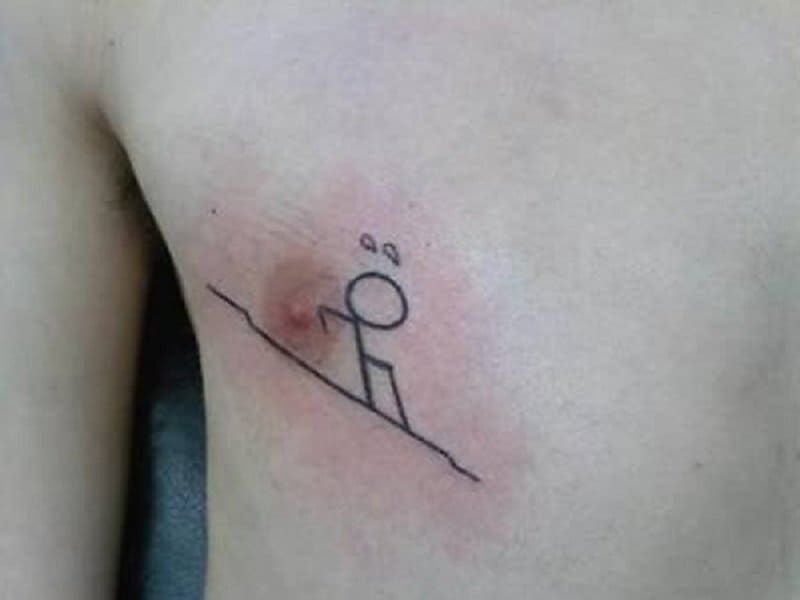 This tattoo looks like the stick figure is having a really tough time either rolling the nipple uphill or simply keeping the nipple from rolling downhill. Either way, it is quite funny. 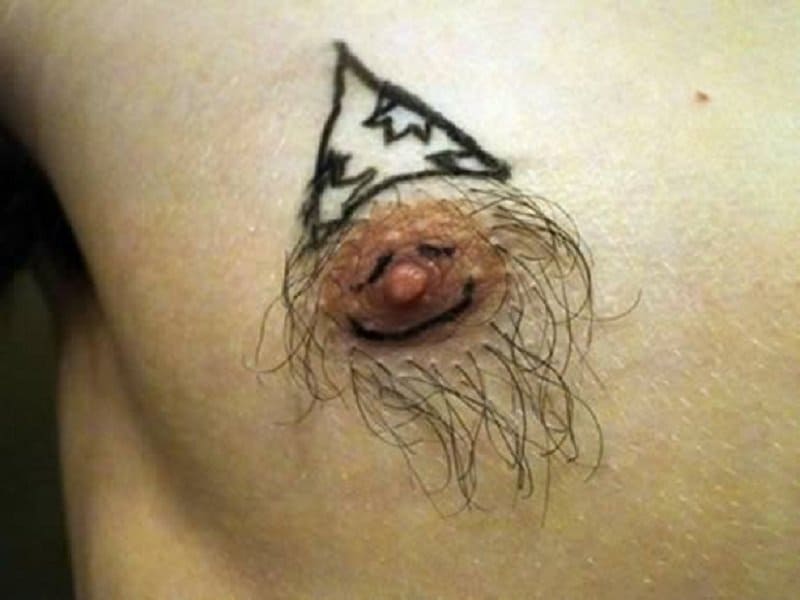 If someone takes of their shirt and you see this tattoo around their nipple – run, and don’t look back. 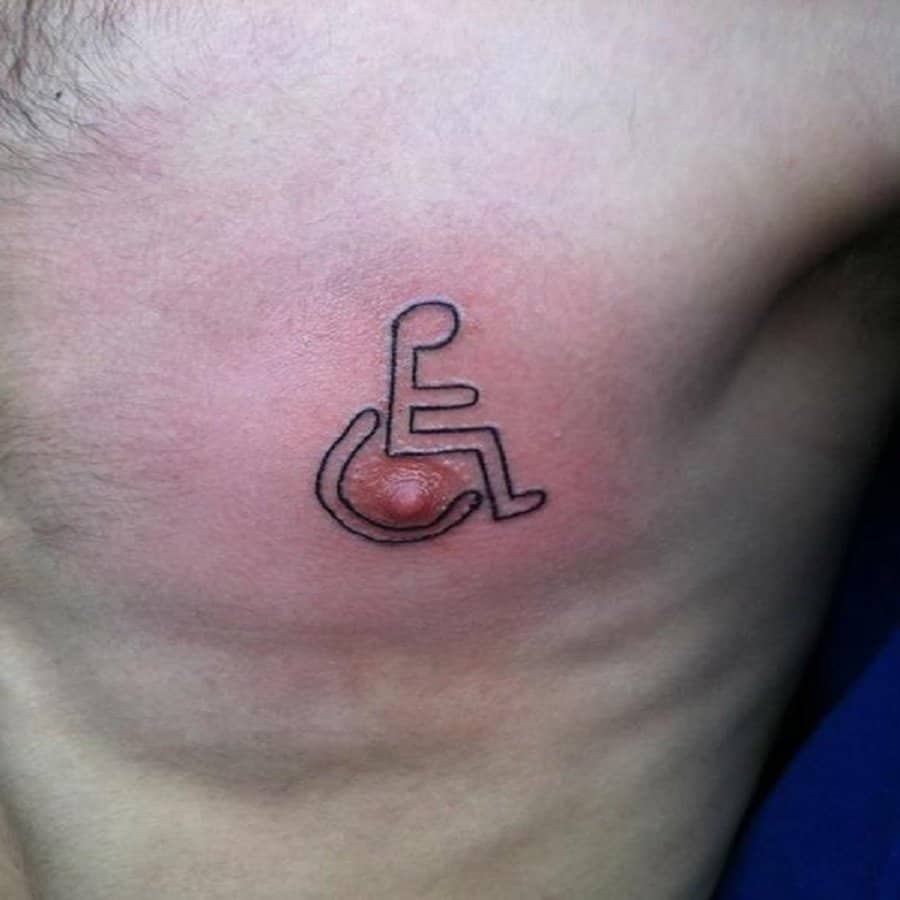 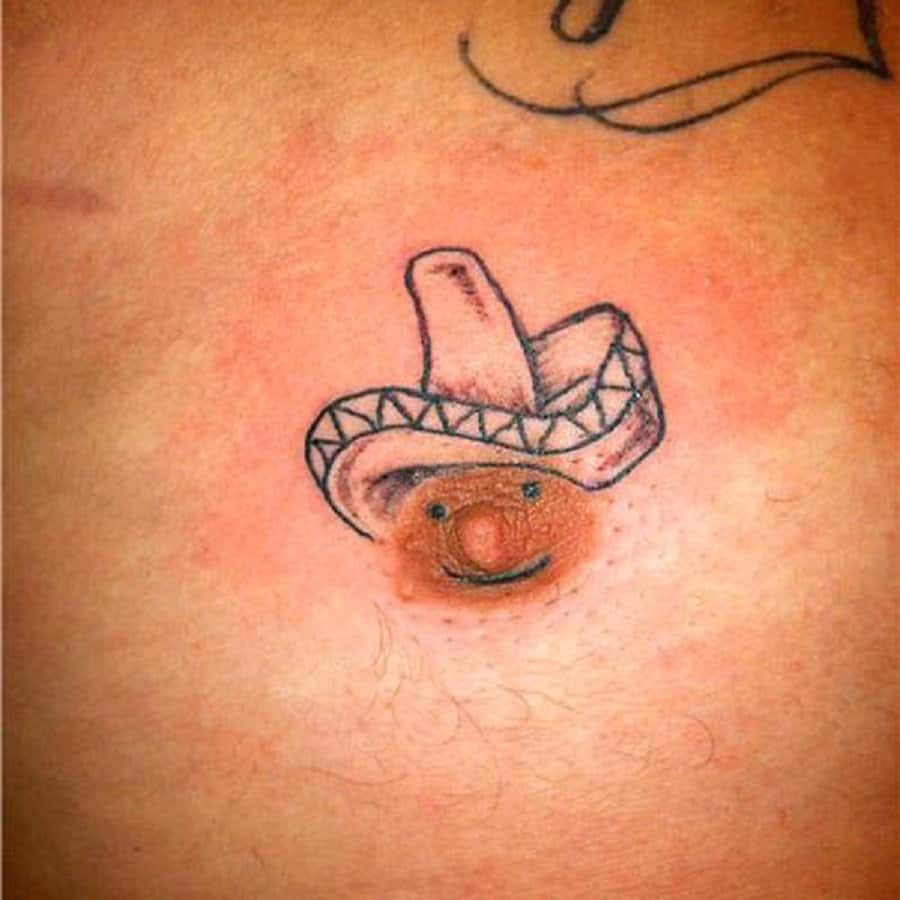 This tattoo looks like a meatball is wearing a sombrero on its head. This has got to be one of the most hilarious visuals we’ve ever seen. 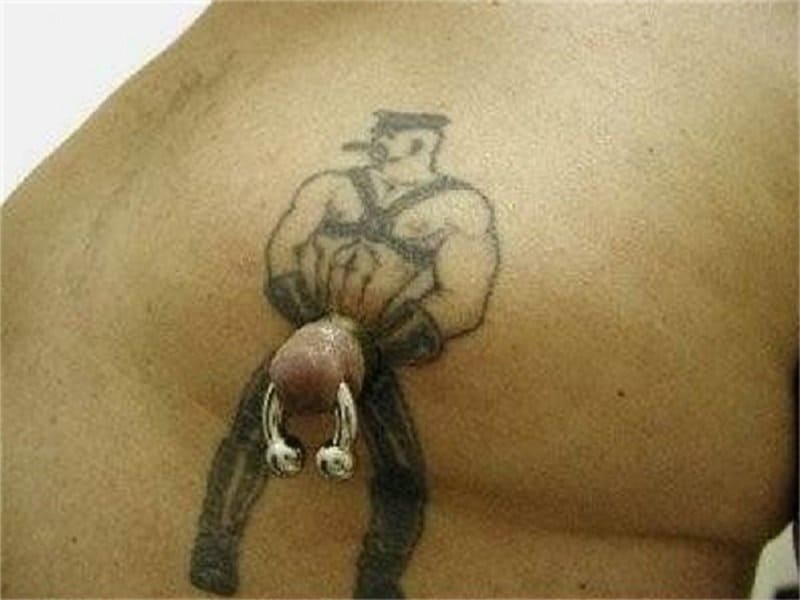 This tattoo has got to be one part funny and nine parts disturbing. We couldn’t imagine walking around for the rest of our lives with a male stripper on our chest! 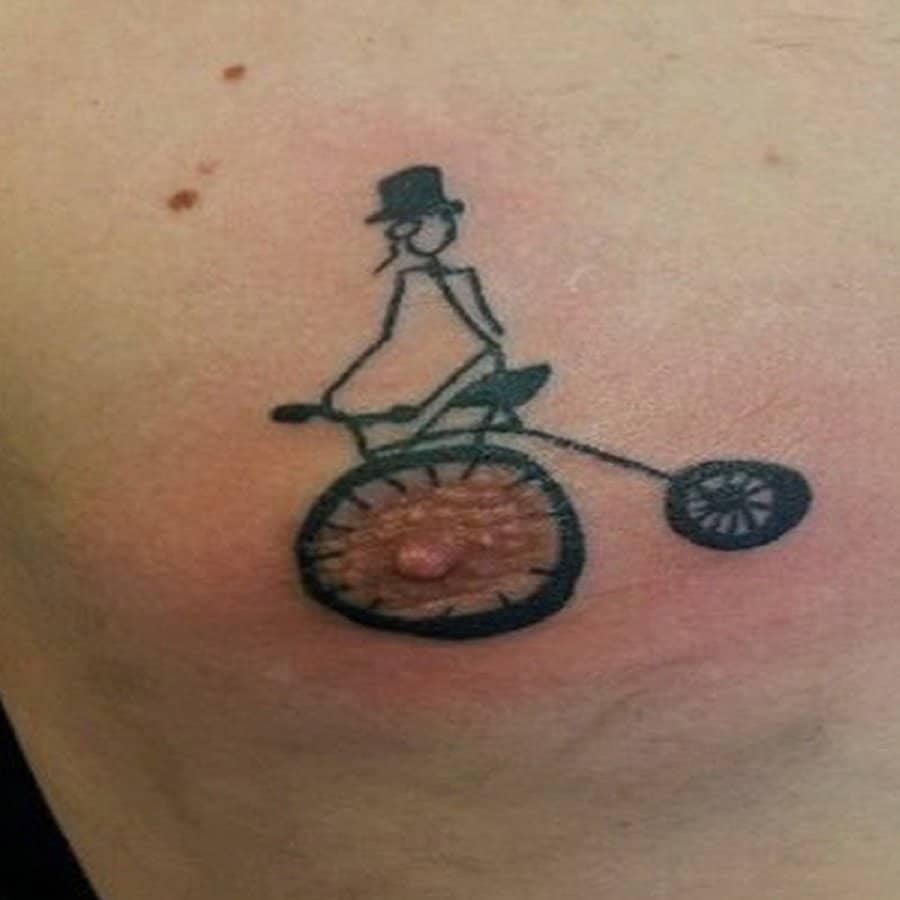 This person is clearly sentimental about the yesteryears. He could have gone for a regular cycle, but he chose to go with one of those old timey cycles, just to look vintage. Good call! 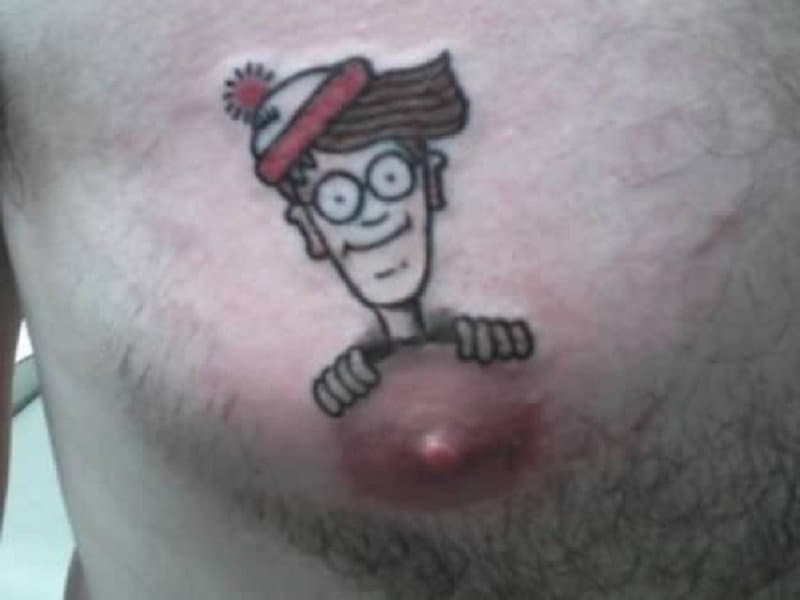 If your kid loves Waldo and all his books, make sure he never sees this image. This could potentially scar him/her for life.

One Small Step For Man 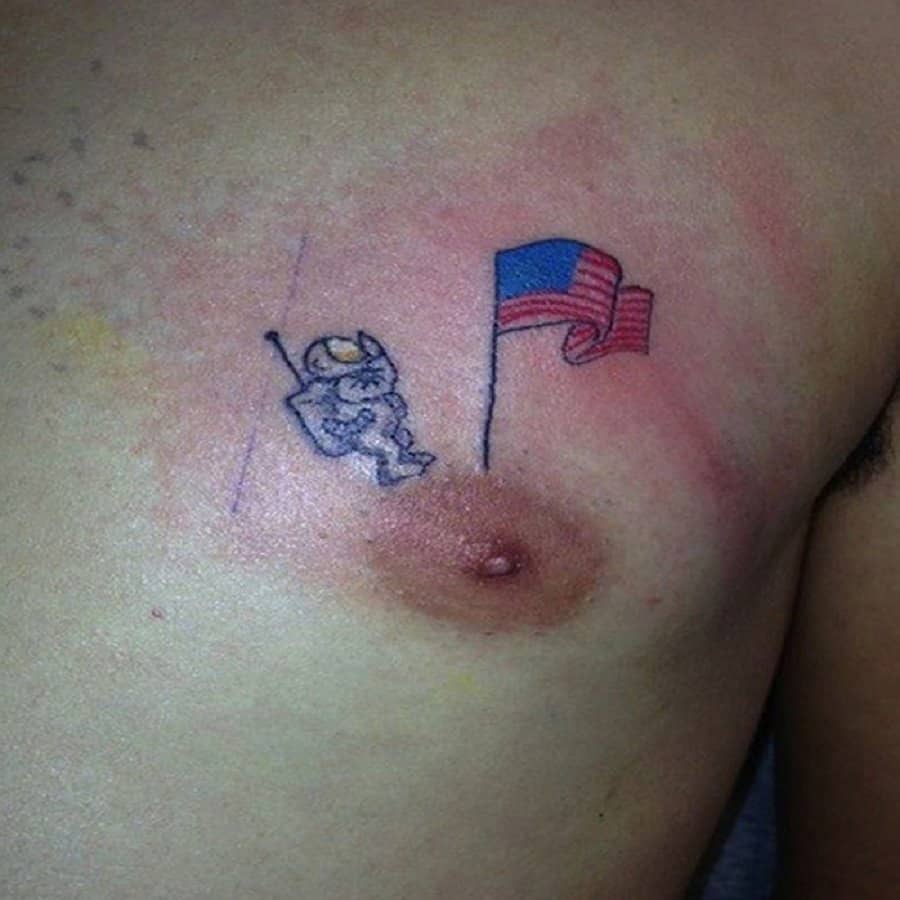 Getting a nipple tattoo is truly a special occasion in one’s life, something you can never forget. What better way to commemorate the occasion than to recreate the moon landing around your nipple. 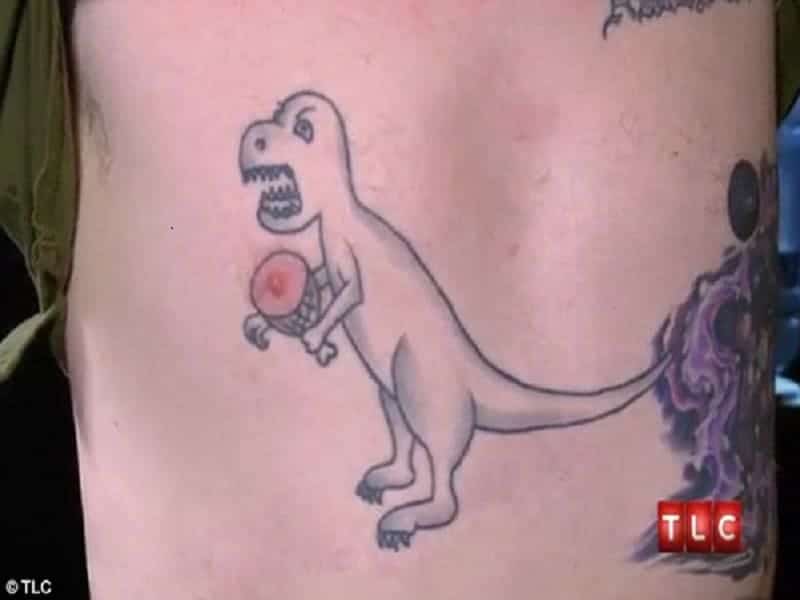 We have no idea why someone would want a tattoo of a dinosaur holding up some meat tattooed around their nipple, but this is what makes our world such a special and unique place to live in. 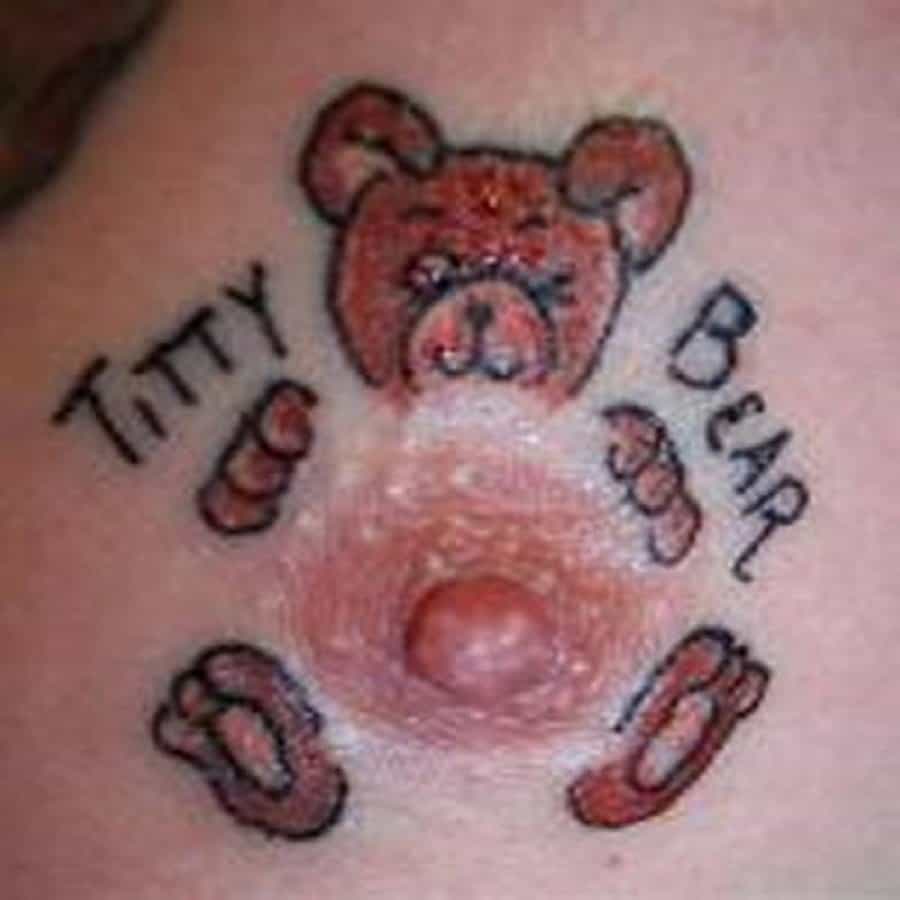 If you can bear to look at this tattoo for the rest of your life, then you must be one grizzly customer!