10 Parents With Horrible Taste In Shirts

Inappropriate T-shirts have their place and time. During your college years or right afterwards, it’s hard to resist the temptation to purchase one and get a laugh out of your friends. Wearing it out to bars and concerts when appropriate works, and by that it means that no children are present. Unfortunately, not all adults understand that. Whether they’re at an event or just going to the store with children around, here are some of the biggest parenting fails when it comes to choosing a T-shirt ever. 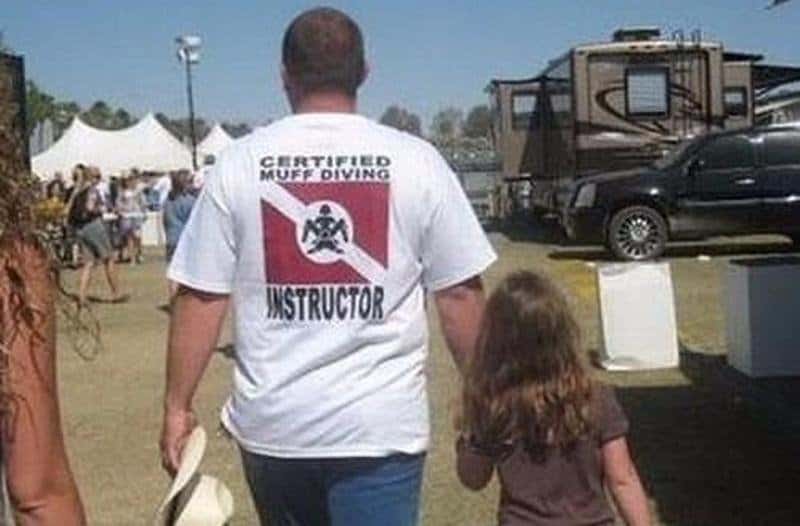 It’s a little creepy to be walking around with your daughter while wearing a shirt that brags about giving oral sex. 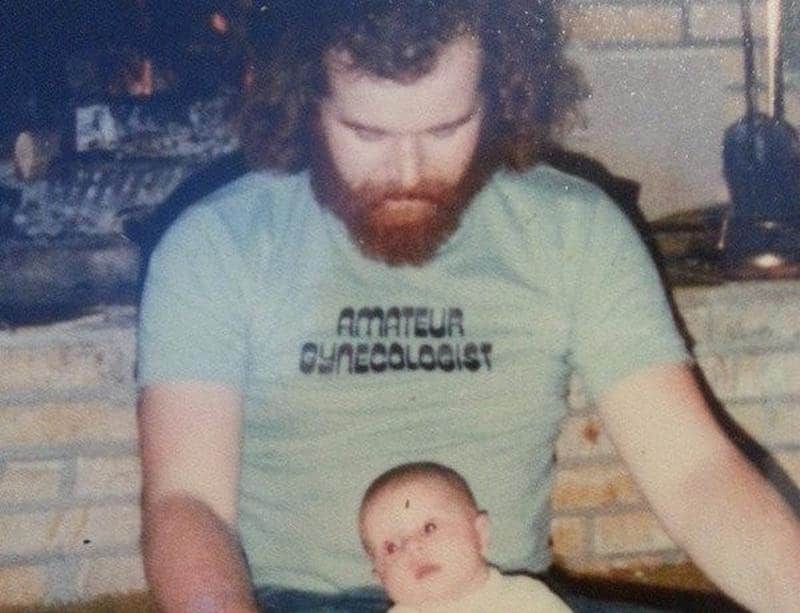 While this guy’s shirt isn’t exactly the nicest things we’ve seen today, maybe he’s a bit more than an amateur since he has a baby? 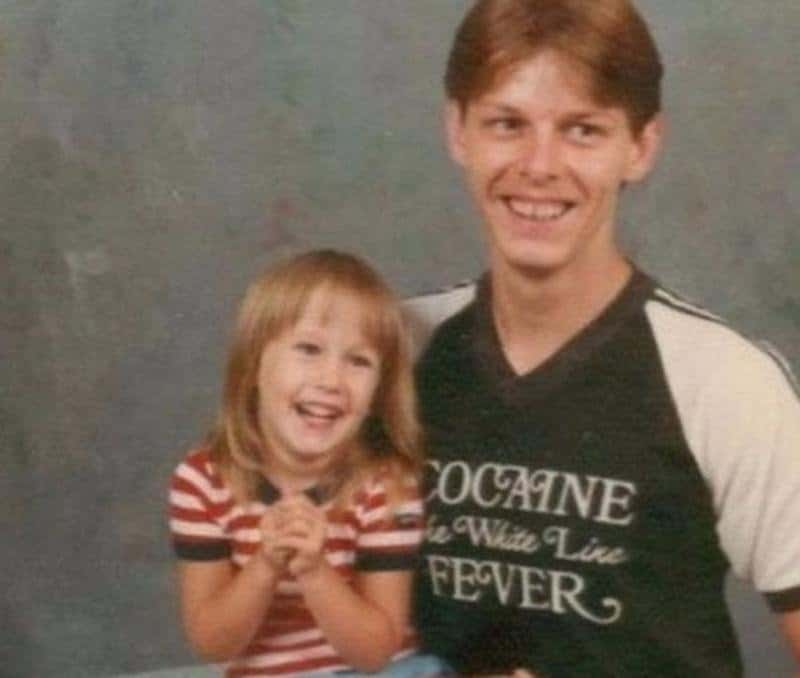 Hopefully this girl didn’t have aspirations to become the greatest cokehead in the family. Considering her dad had the willpower to put on this shirt at what appears to be a proper photo shoot, she won’t be able to outdo him. 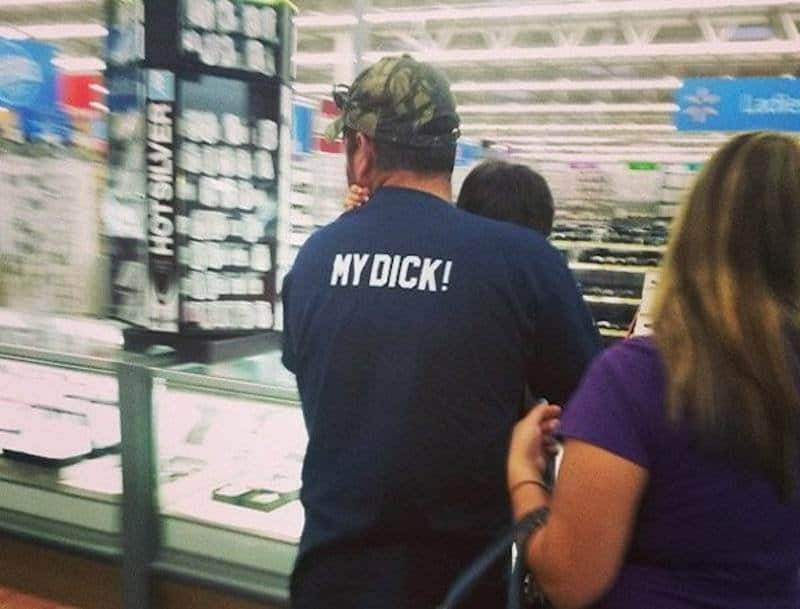 It’s at least to the point, but we don’t really know why he’s talking about his genitals. Perhaps the front of the shirt reveals more, but do we really care that much?

“Whats So F*ck Then” 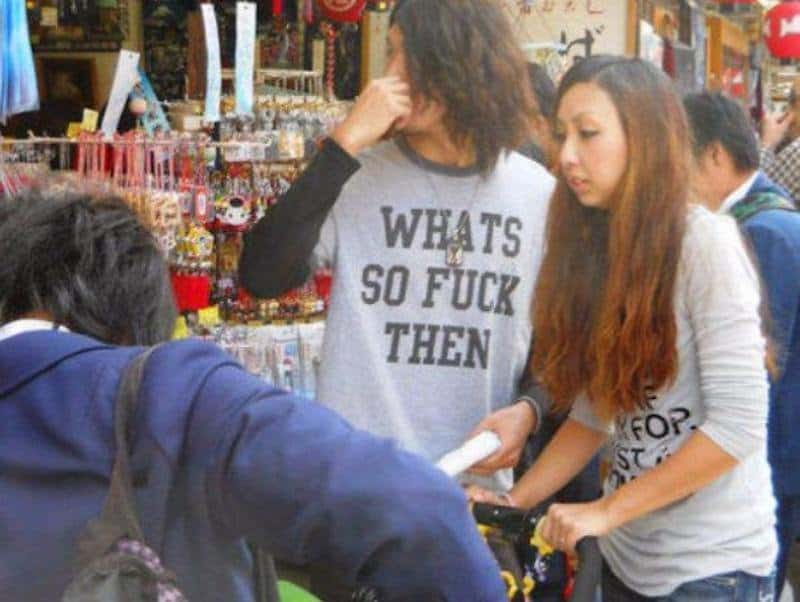 Poor translations can become popular, such as the infamous video game quote, “All your base are belong to us.” However, this one lacks the punch and it’s hard to say. Hopefully the baby doesn’t try in the future. 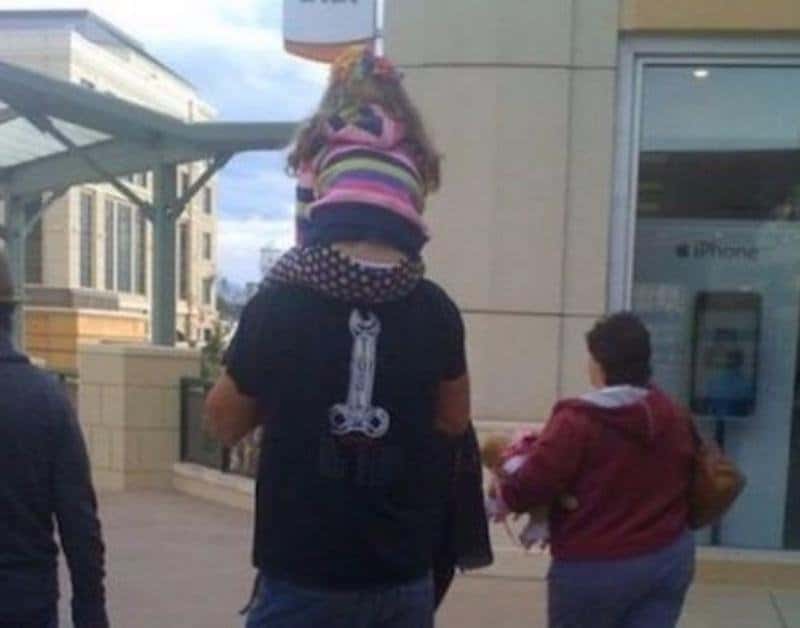 It’s not so much that the picture is repulsive on the back of this man’s shirt. The problem is that he’s giving the little girl a ride on his back with this shirt on. 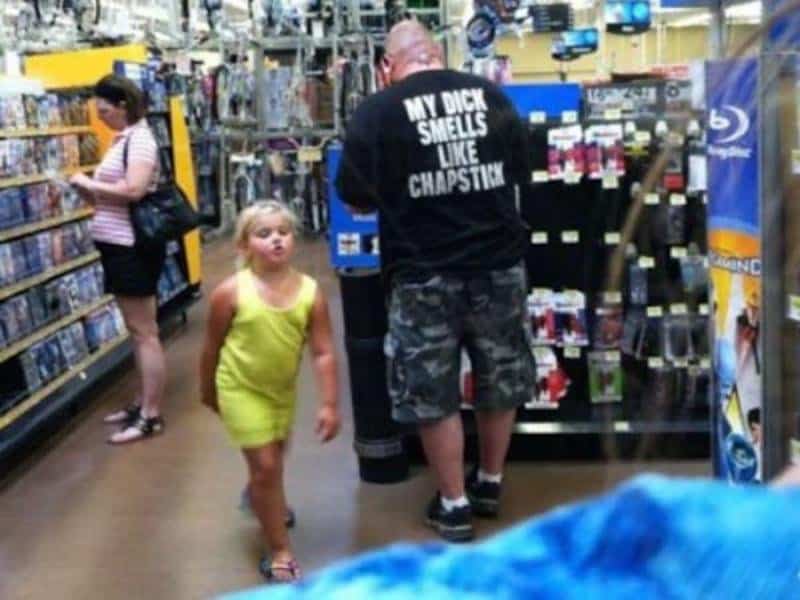 In fairness, we can’t really blame the man for wanting people to know that his junk smells like lip balm. Take out the double entendre and we’d probably wear shirts touting that unique ability ourselves. 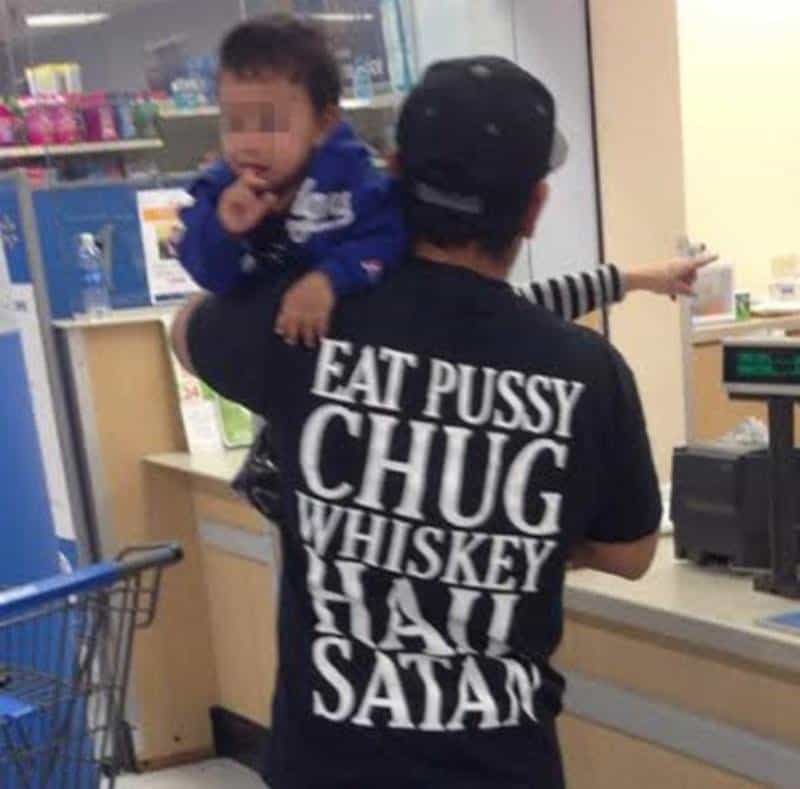 We’re left wondering if there’s a manlier shirt than this. Just like guys who rev their motorcycles loudly, we’re pretty sure this man is compensating for something.

Let Me Stick It In Your Butt 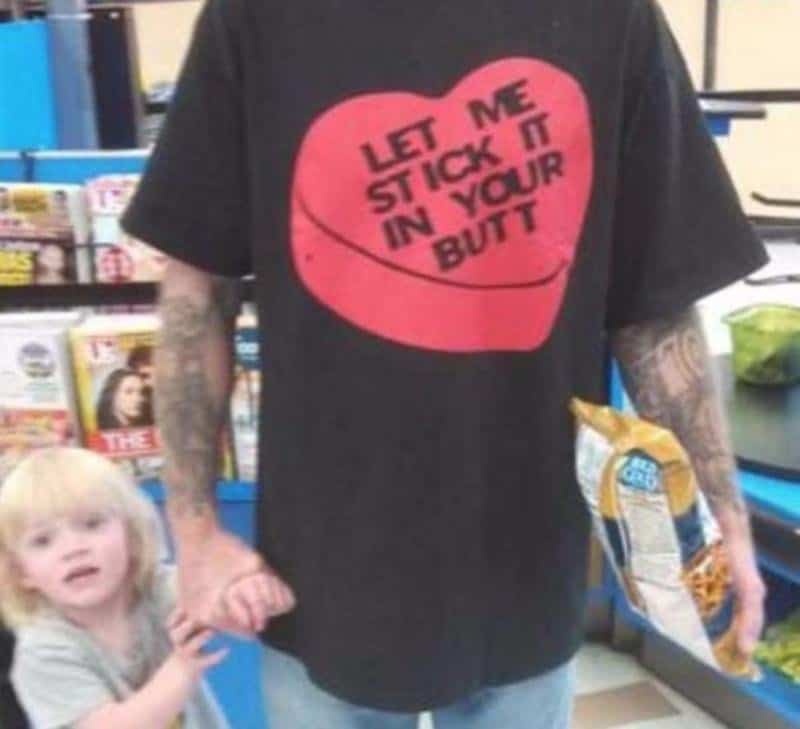 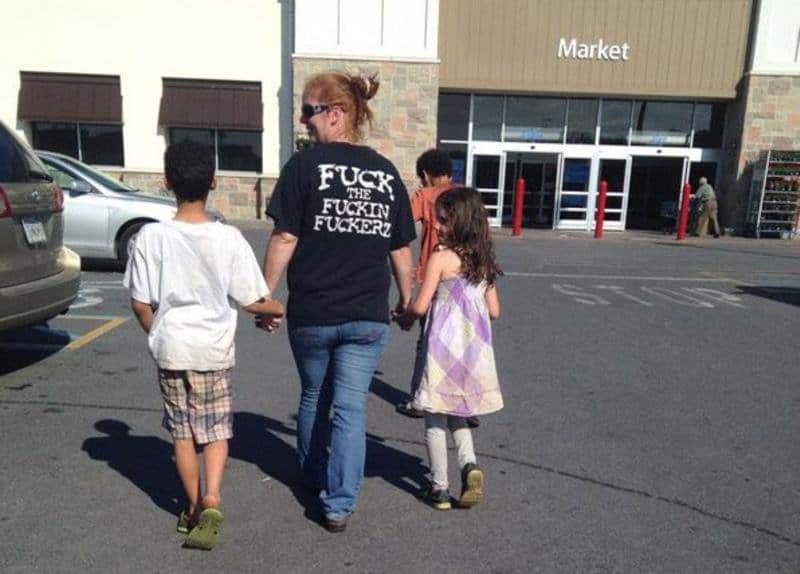 This shirt had potential to be awesome, but it’s ruined when the final F-bomb ends with a “Z.” Like really bad video games or movies that end with the same letter, no good phrase or title ever ends with the letter “Z.”