10 Of The Strangest Protests Ever Carried Out

Protests are something that have been carried out throughout human history. Protests are a way for a group of people to complain or object about something they feel is wrong and could possible do them or other people harm. Despite their widespread use in all parts of the world, they are hugely varied and can take on various forms. In some cases they might just be a signed letter to register dissent while in other instances they can involve large scale demonstrations by hundreds of thousands of individuals. Sometimes though, a protest will not just be culturally significant or an important event but also very strange. 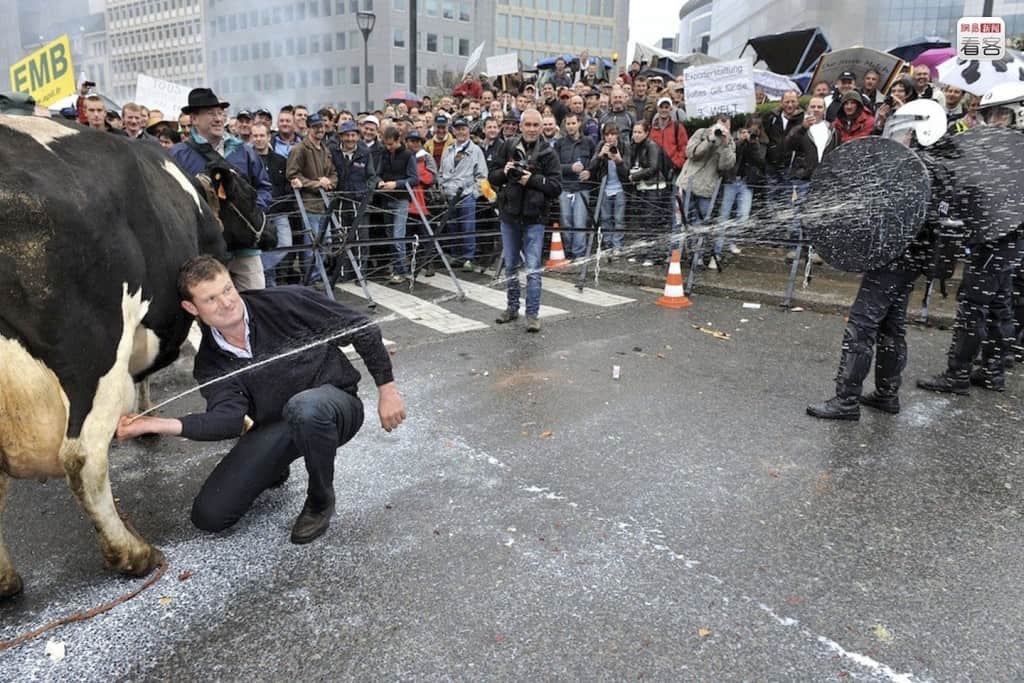 A group of farmers who were protesting against the staggering collapse of the price of milk and the lack of action from politicians came up with a clever way of showing their displeasure. Rather than engage in violence they instead squirted milk at police officers who were stopping them from reaching the European Union’s headquarters. 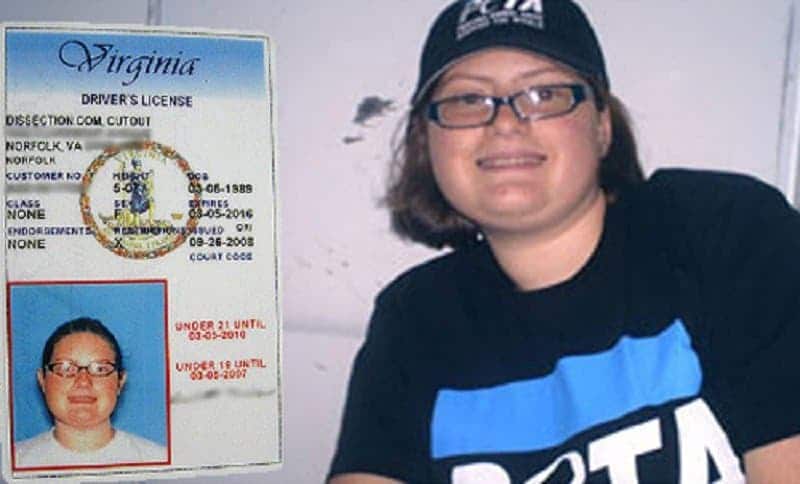 A Virginia resident legally changed her name to Cutout Dissection.com in a bid to raise awareness to a PETA campaign to stop the dissection of animals for educational purposes. She became involved in the movement when she was uncomfortable with having to dissect a chicken during a science class. Her name, which is now on her driver’s license, leads to a URL protesting the practice and hoping to lead to schools dropping it altogether.

Cutting Of Own Penis 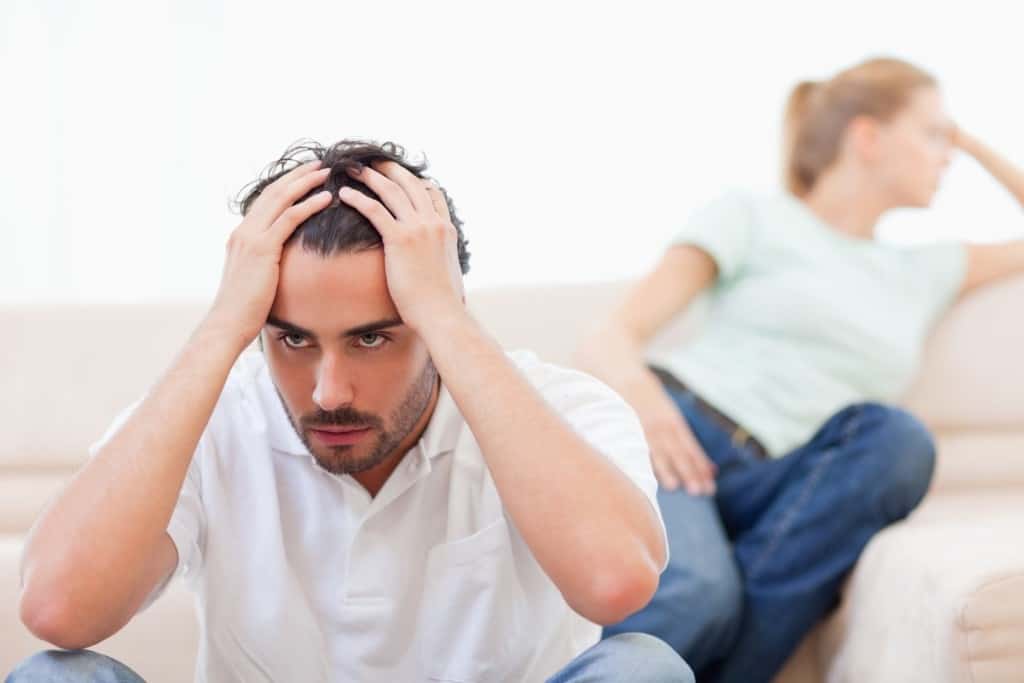 When the parents of a 25-year-old male in Egypt refused to allow him to marry a woman who he was in love with and instead imposed another bride upon him, he took matters into his own hands. Rather than go through with the marriage, he chopped off his own penis and mutilated his testicles in protest. Although he was rushed to hospital, doctors were unable to reattach the body part.

Following the closing of the government Central Light and Power Company, thousands of jobs were lost. The leading politicians also prevented any of the former employees from joining unions, which stopped them from being able to get help. In response, a lone man charged at police while riding a motorbike and dressed in a luchador outfit, taking numerous shots from beanbag guns while he did donuts near officers. 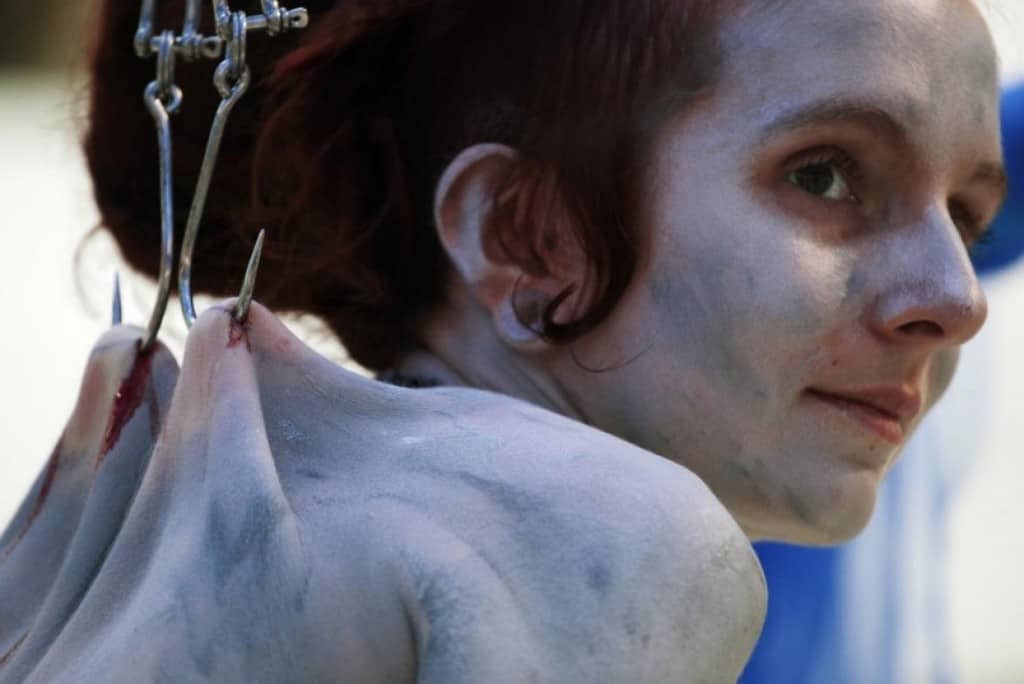 In a demonstration against shark finning, whereby fishermen cut the fins from captured sharks and then dump the bodies back into the sea to die, Alice Newstead hunger herself from hooks in a store window. She even used the same type of hooks that are used by the fishermen and had them pierced through the skin on her back. 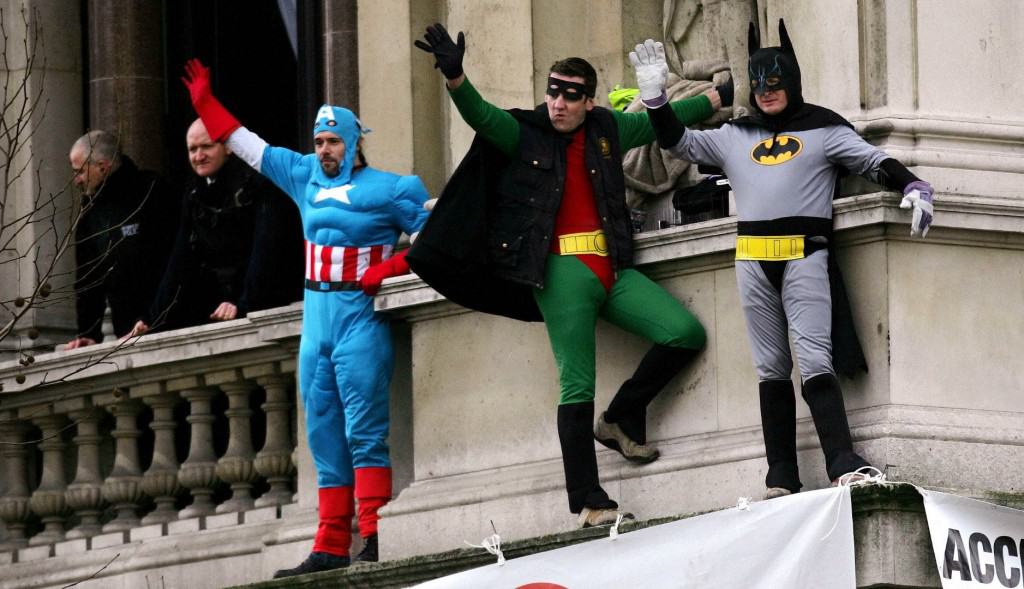 Fathers for Justice is an organization that aims to have equal rights for divorced parents, giving fathers as much of a chance to see and help raise their children as mothers. They generally dress up as superheroes and have had a number of high profile protests at important locations such as Buckingham Palace. 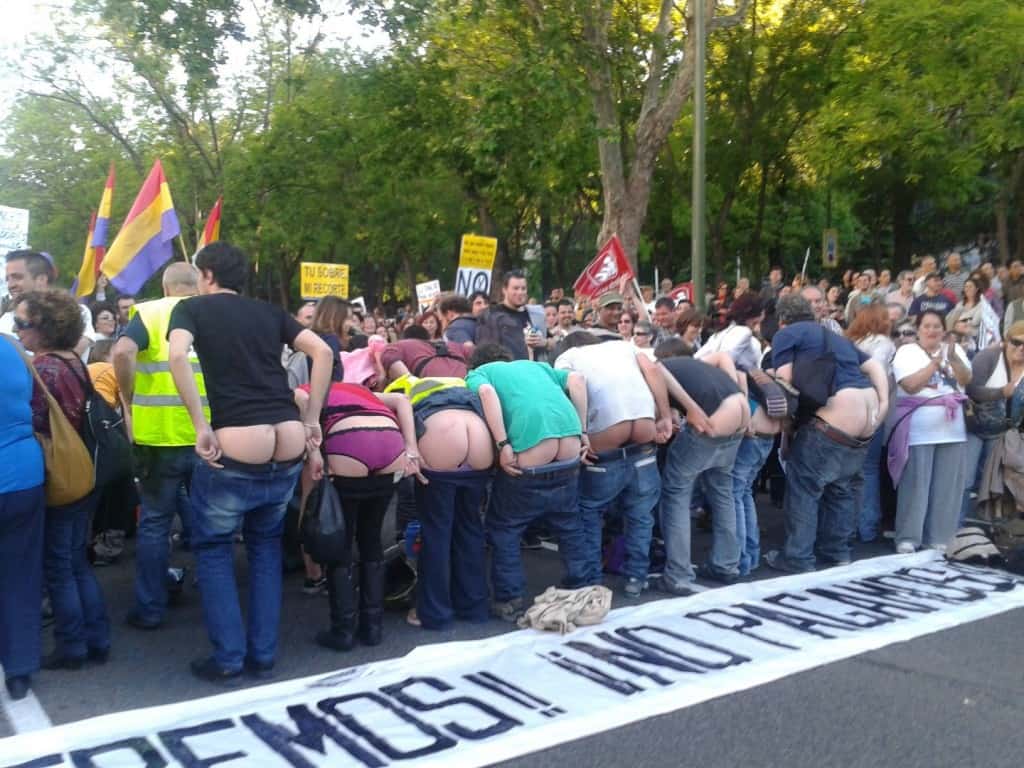 Wanting to voice their displeasure at a surveillance balloon that had been set up by United States authorities on the Canadian border, a group at residents in Ontario took to staging a bizarre demonstration to make their point. Around 300 people lined up in sight of the device, pulled down their trousers and mooned. 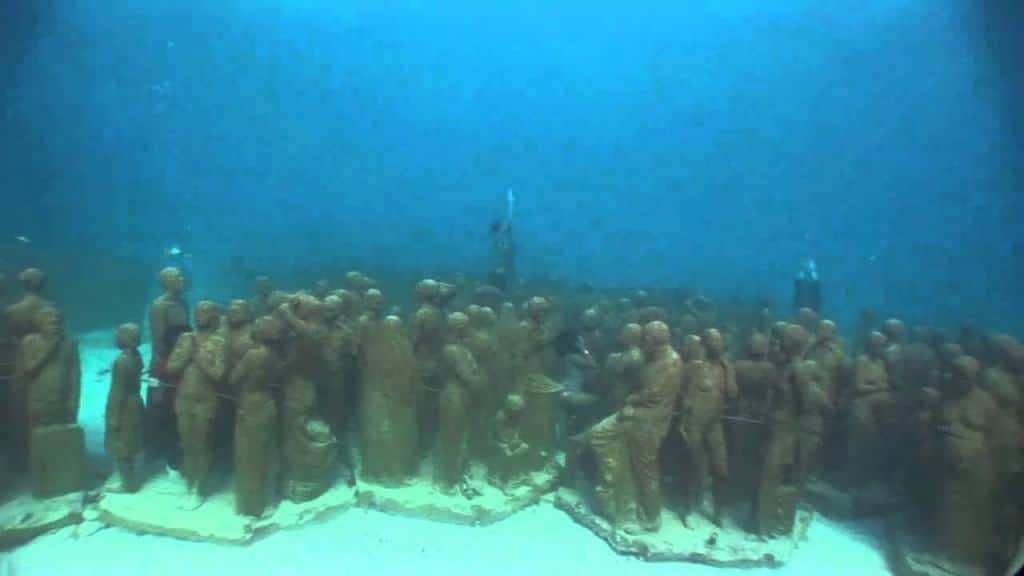 In an effort to help show how problematic the issue of global warming is and what difficulties would arise from rising sea levels, Greenpeace created 400 life-sized statues and placed them underwater just off the coast of Mexico. They are designed to represent how a change in climate could cause serious issues around the world and how real people can’t live underwater. 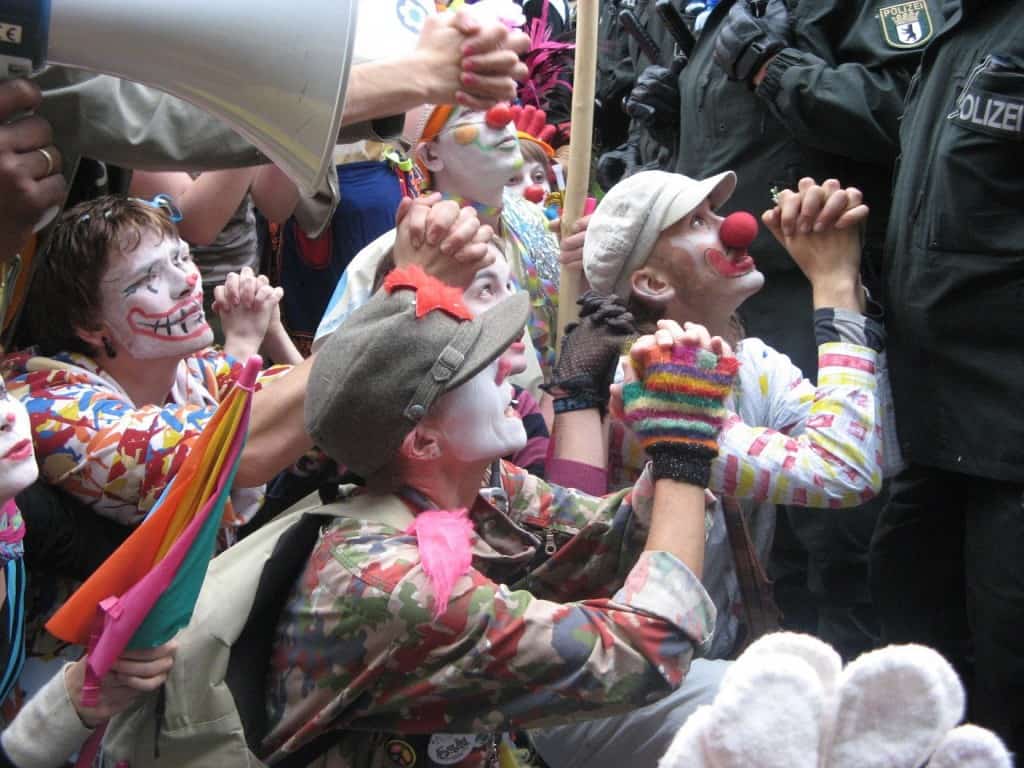 CIRCA is a group of protesters who demonstrate against a variety of authorities in the United Kingdom. Primarily they are like many other anti-authority groups, as they are against things such as war, climate change and globalizations, but they differ by their strict use of non-violence and the fact that they always address up as clowns. 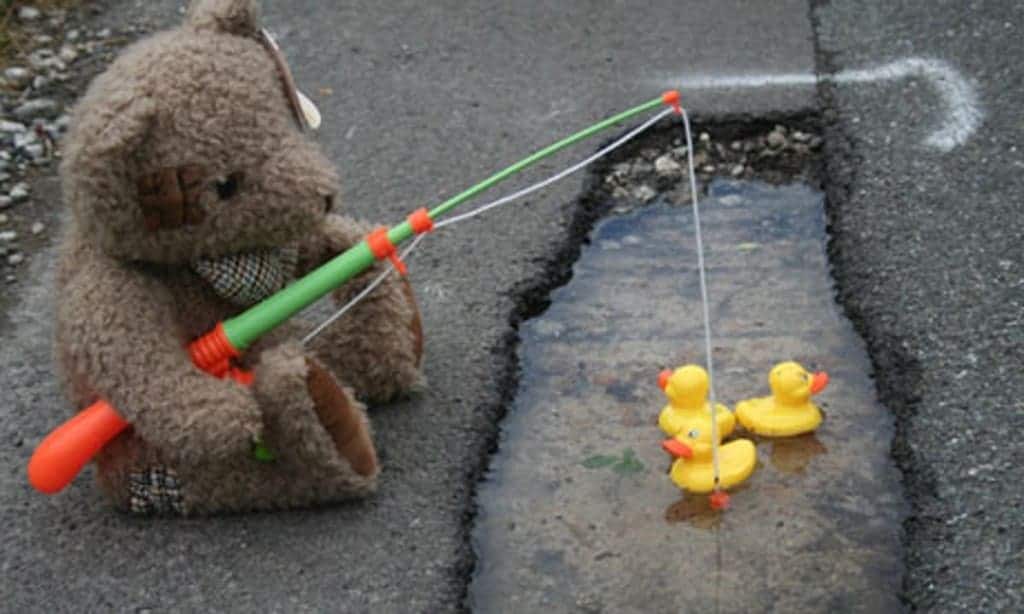 Hoping to raise awareness of a local problem of large potholes that made driving on the roads a dangerous activity, a group created a calendar that saw protestors posing naked near the potholes. They also created a safer and less raunchy versions, like the picture above, to sell to younger people. The calendars went viral soon after their launch and drew public attention to the issue, which eventually led to the local government agreeing to fix the problem as soon as possible.