10 Of The Most Shocking Music Videos

Ever since Queen accompanied the release of their song Bohemian Rhapsody with an amazing music video, bands and artists have seen the benefit of creating a visual element along with the audio. It makes sense after all, especially in the modern age where sites like YouTube are so popular, to make music as marketable as possible and a visually striking video can grab attention and get people to like their songs even more. This never-ending quest to ensure that people don’t switch to another channel or video means that musicians have often strayed into the bizarre or controversial with their music, whether they did it deliberately or unintentionally. 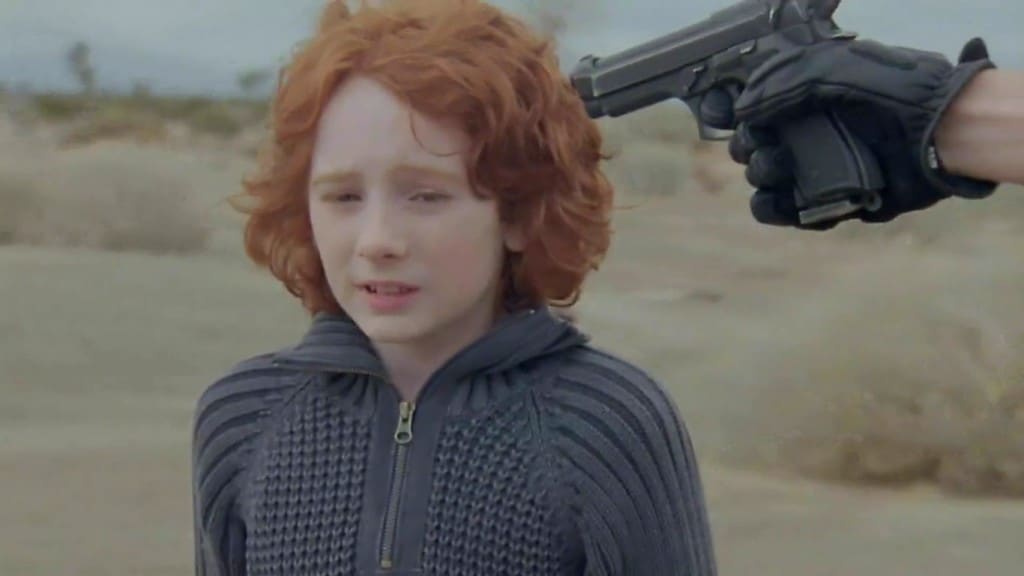 M.I.A.’s song Born Free and its accompanying music video received plenty of praise from critics and fans when they were first released. However, it was also banned from YouTube for a short time and proved provocative because of its showing of a genocide committed against those with red hair in a dystopian future. The violence and brutality, including a youngster being shot in the head and killed, proved too much for some people. 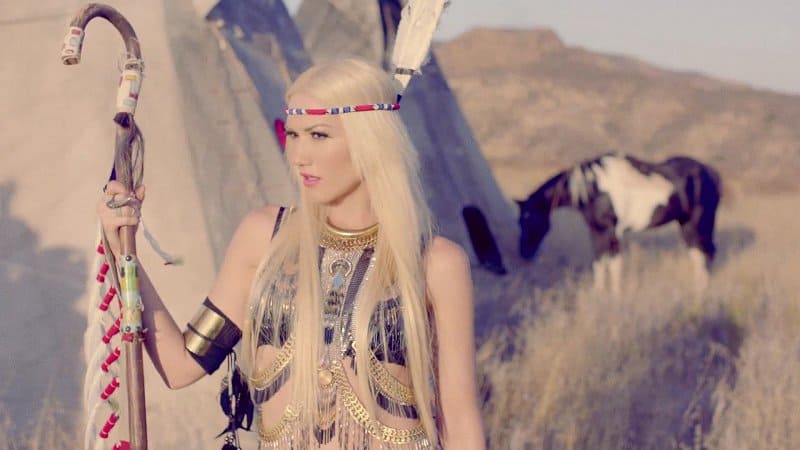 The song Looking Hot by No Doubt was the type of stuff you could expect from the band but the accompanying music video did cause a stir amongst fans and critics. This was largely down to the fact that the group had decided to go with a cowboys and Indians theme, portraying Native Americans in a stereotypical way and highly sexualized women from that culture. The American Indian Studies Center was particularly scathing, saying the video was damaging and highly offensive to Native Americans. 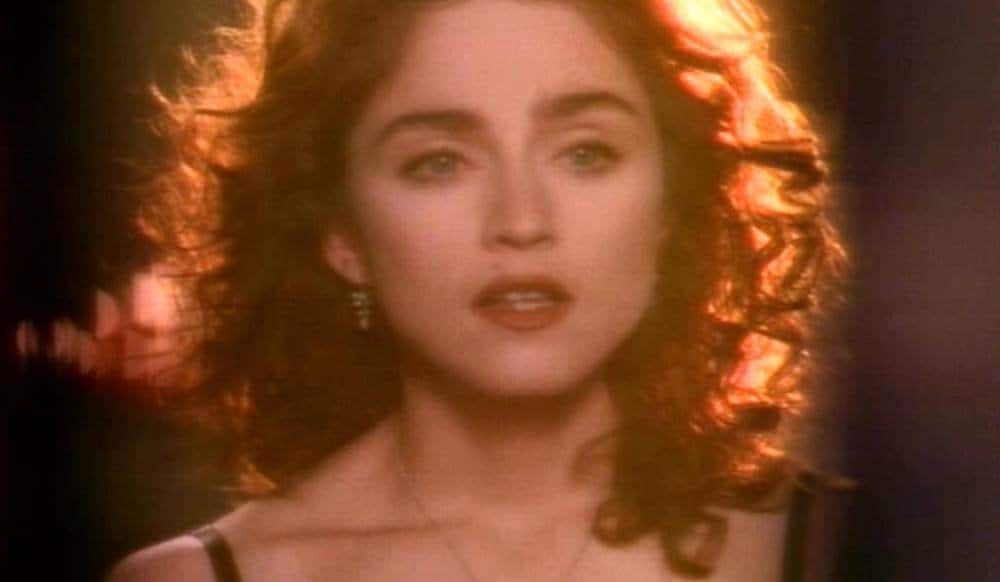 Madonna has courted public outcry throughout her music career, whether it is through her provocative music videos or live shows where she has kissed the likes of Britney Spears. One of the most shocking of all of her videos though was the one for Like a Prayer, which saw the singer dancing in front of burning crosses and interacting with a saint in a church. Understandably, this worked up some religious leaders who felt it was being disrespectful. 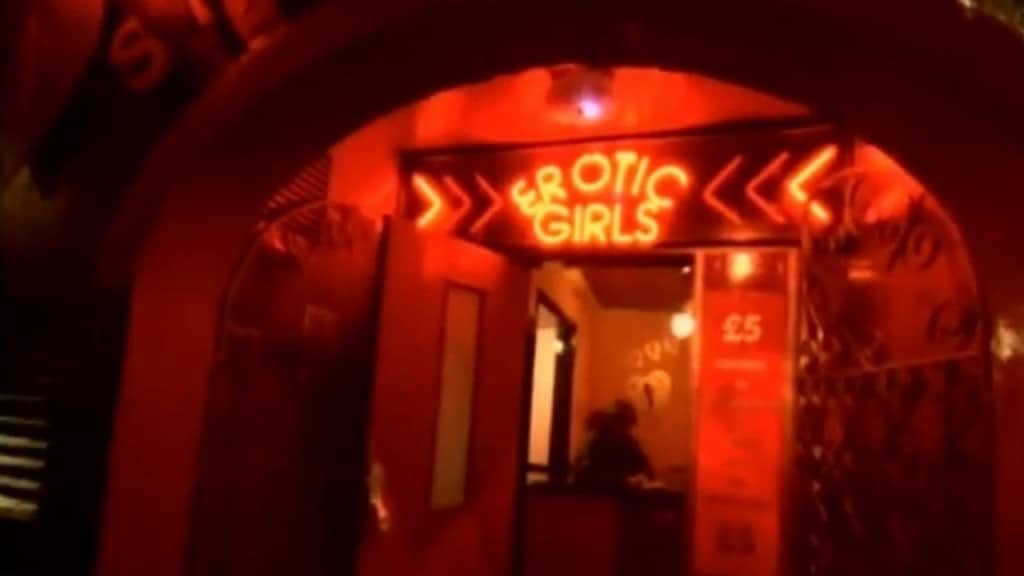 While the song itself was criticized for its lyrical content, the music video for Smack My B*tch Up went even further and caused more outrage. This was mainly due to the fact that it depicted heavy drug use and drinking, along with a large amount of sexually explicit scenes. Several channels around the world banned it from being shown. 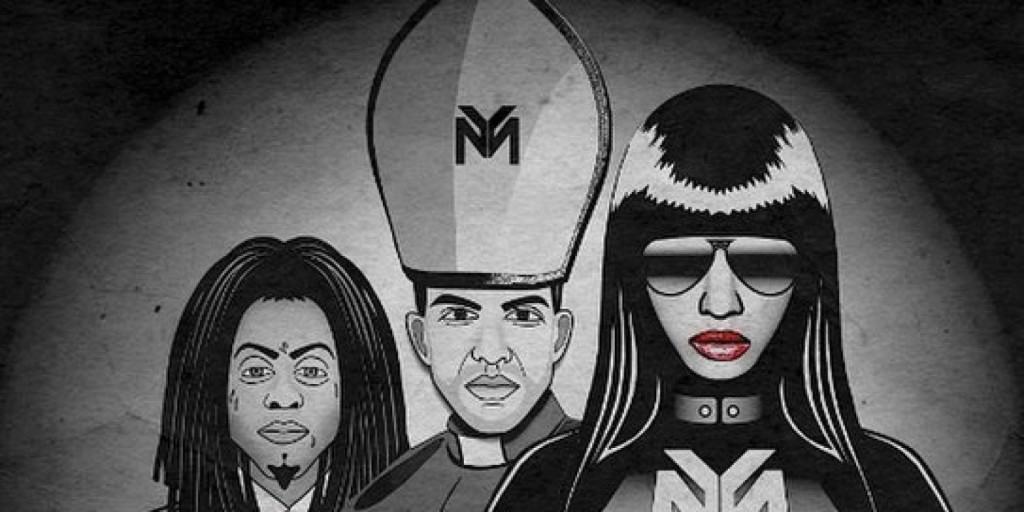 Nicki Minaj’s song Only actually has two official videos, a normal music video and a lyric video. It was the second one that caused uproar and a major backlash from fans. The animated feature portrayed the pop star as a military leader in scenes that resembled rallies in Nazi Germany, with soldiers wearing armbands and her initials formed into a swastika styled logo. This led to many fans calling the piece anti-semitic, although Minaj later confirmed that she wasn’t involved in the production of the video. 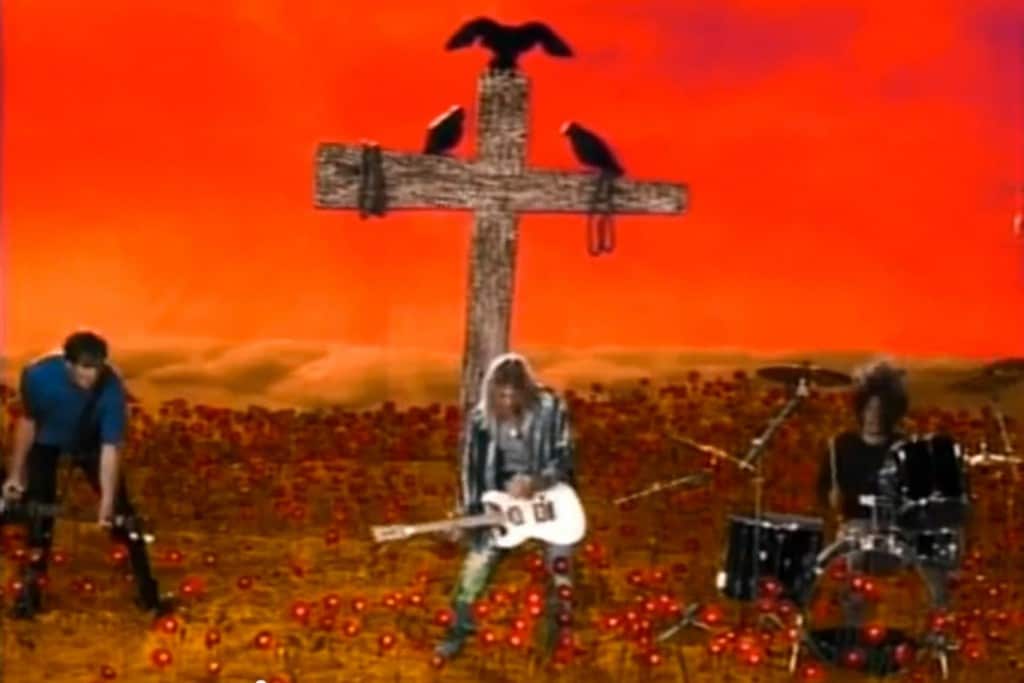 Kurt Cobain claimed that the inspiration for Heart Shaped Box came from children who were suffering with cancer, so it would probably be sensible to expect the music video for the song to be slightly surreal. However, the final version saw a Wizard of Oz themed world that saw a man being crucified, a small girl wearing a costume associated with the Klu Klux Klan and human fetuses growing in trees. No wonder then that MTV and others refused to show the video on their networks. 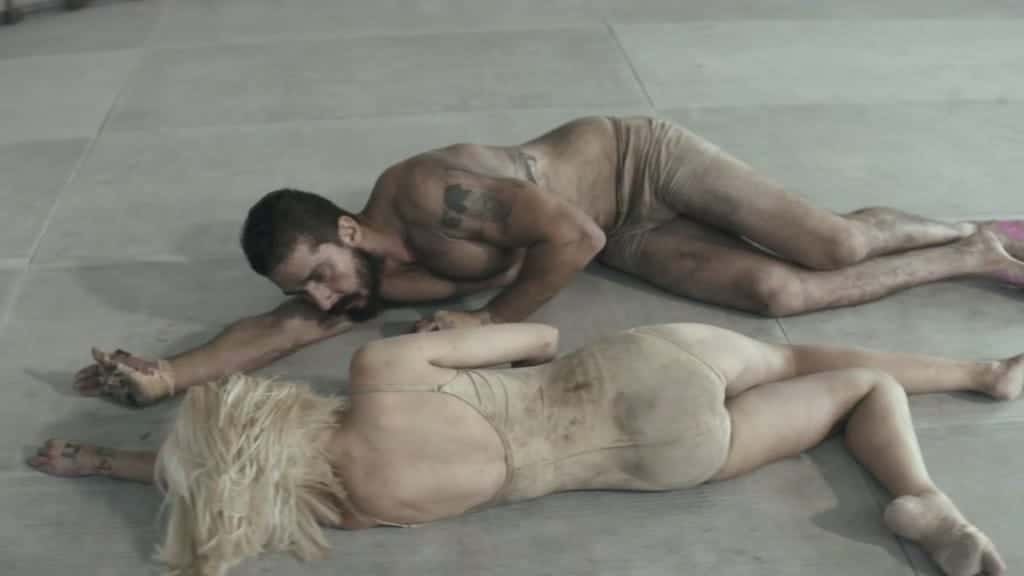 Shia LaBeouf isn’t someone you would cast to portray one of the characters in a music video if you weren’t looking for it to be at least a little bit outrageous. The actor has had his fair share of bizarre moments and the video for the Sia song Elastic Heart was just another of them. It featured both him and 12-year-old Maddie Ziegler wresting each other in dirty beige colored outfits that made them look as if they were nude, prompting calls that it contained themes of pedophilia and was inappropriate. 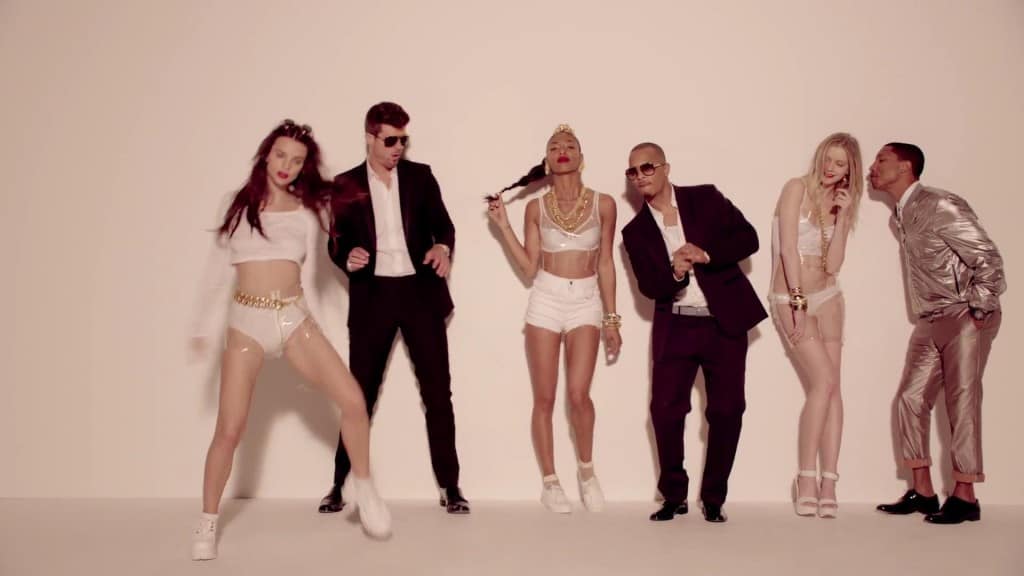 Although there is a slightly less risqué version of Robin Thicke’s Blurred Lines music video, the original caught attention for all the wrong reasons. While Thicke maintained that the song was innocent and about empowering woman, many felt that the talk of “blurred lines” and the lyrics stating “I know you want it” were a bit to evocative of rape. The video didn’t help either thanks to the fact it had multiple naked woman dancing around the men singing the song. 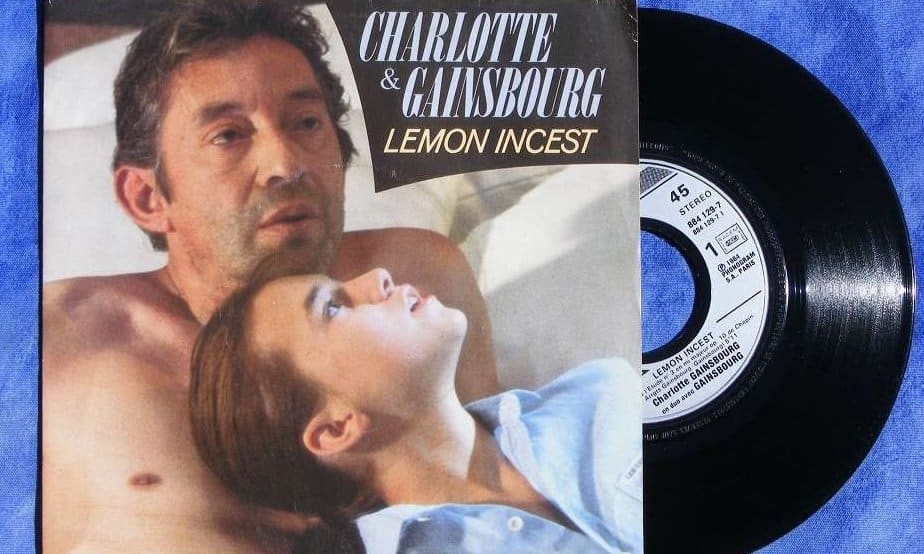 Famous musician Serge Gainsbourg caused something of a scandal in 1984 when he released the song Lemon Incest. As the title suggests, it contains lyrics and visual elements that suggested an incestuous and pedophilic relationship between a daughter and her father, not made any better by the fact the man is shirtless and the daughter only wearing panties and a shirt. This caused speculation of the relationship between the real-life singers, as they were father and daughter like those in the video. 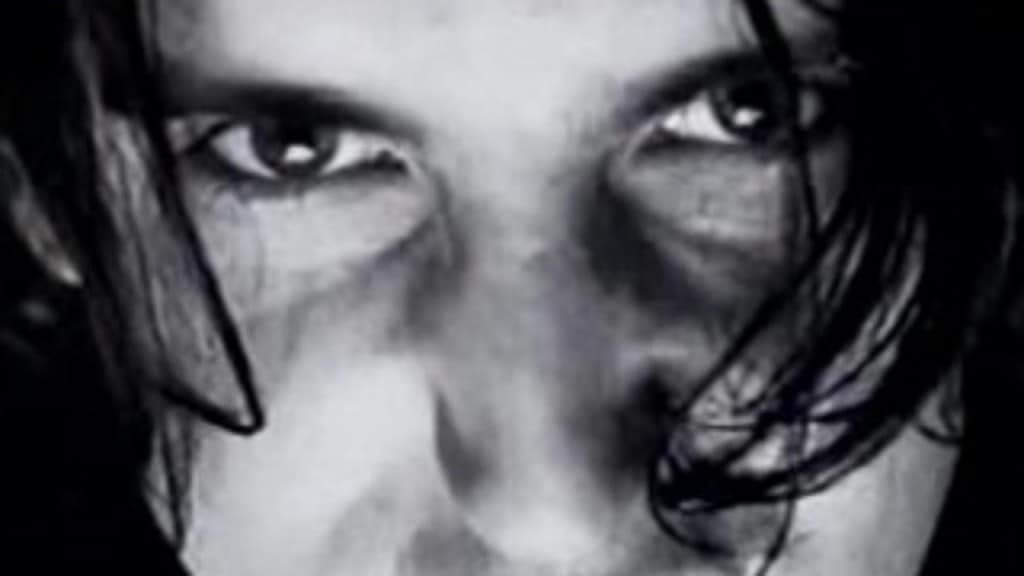 Throughout their career, Nine Inch Nails have been somewhat renowned for their graphic and violent music videos but perhaps their most shocking was Happiness in Slavery. It features a man being slowly tortured to death as he screams in pleasure and pain. Giant blades and claws tear his skin, while spikes impale his body parts and he is eventually disemboweled before being put through a grinder to be used as fertilizer.