10 Of The Most Expensive Stunts Ever Shot On Film

Making movies is an expensive business. Blockbusters can expect to have budgets that run anywhere from a few tens of millions of dollars up to hundreds of millions. This money is spent on all kinds of things, from paying the cast and crew, renting film equipment, special effects, marketing the movie around the world and even securing locations. One of the biggest costs that is often overlooked though is that of stunt work, where talented stunt coordinators put their lives on the line to perform work that actors can’t, giving the director an amazing shot without the need for CGI. They can though be incredibly expensive thanks to all of the work that has to go into them, just like the ones in this article. 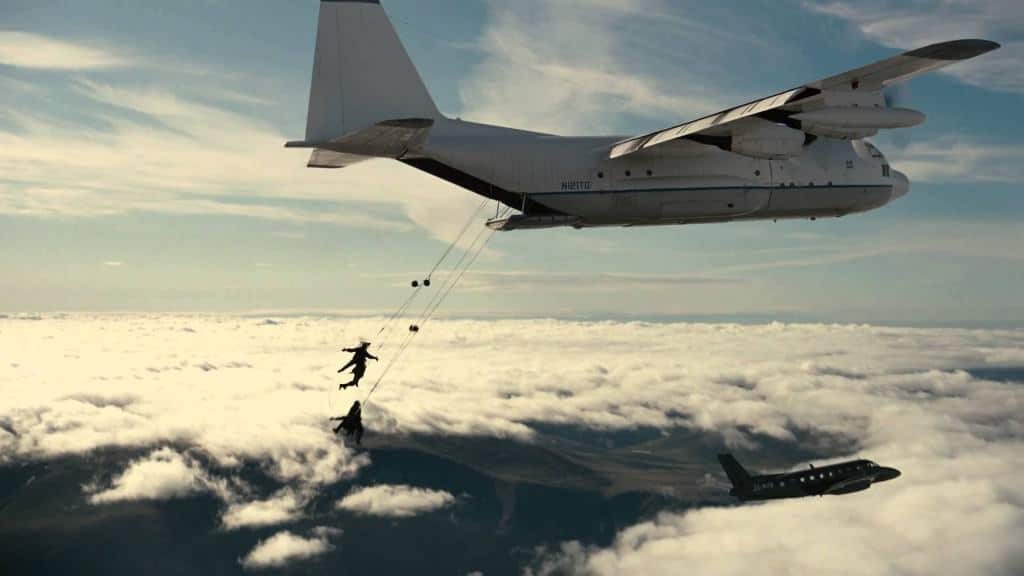 Christopher Nolan is known to be an exponent of using real life footage whenever possible in his movies as he feels it appears far more genuine than CGI special effects. This meant that the airplane hijacking scene in The Dark Knight Rises features some real death-defying stunt work, with men actually grappling onto the aircraft. No wonder then that the planning and execution, as well as the cost of filming the stunt from a helicopter, cost several million dollars. 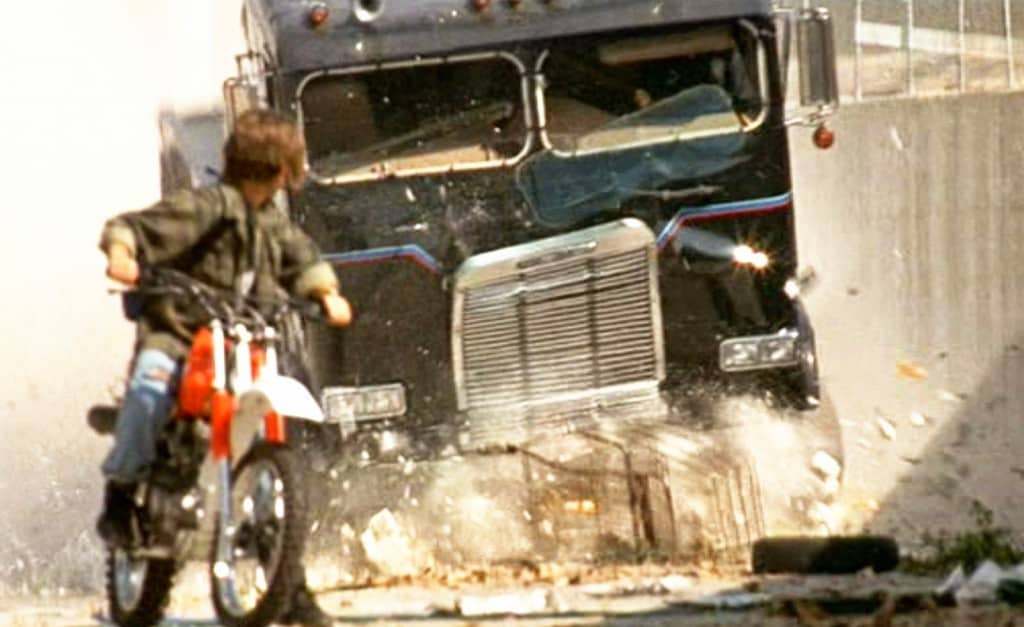 An exact cost for the scene that sees Arnold Schwarzenegger behind the wheel of a giant truck while being chased by the T-1000 has never been revealed. However, it is known that it took up a significant portion of the $51 million budget that Terminator 2: Judgement Day had for stunts and special effects. 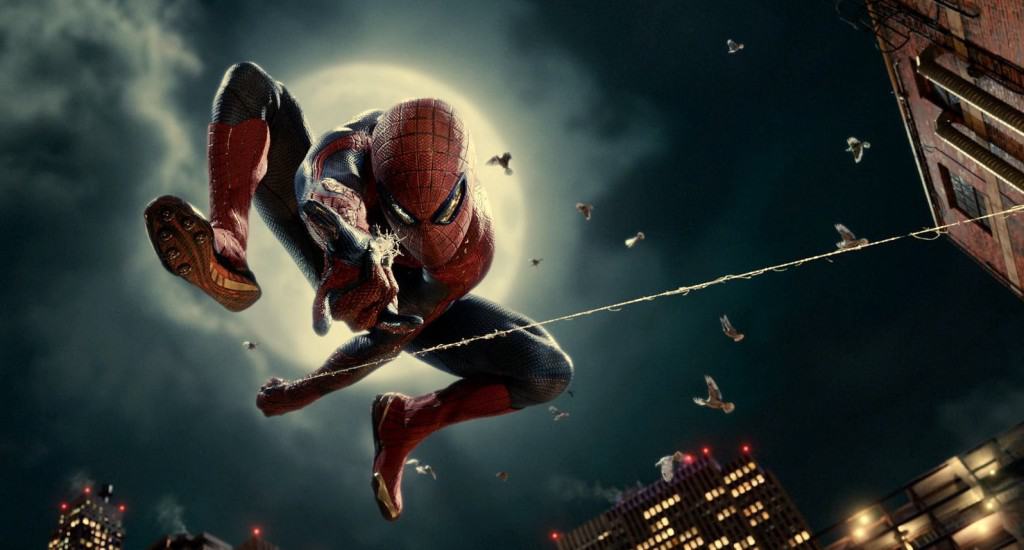 When the filmmakers behind The Amazing Spider-Man decided that they had to do more to make Spider-Man’s abilities seem more true to life, this naturally meant that they would have to find a way to have the hero swing between buildings without the use of CGI. This meant large amounts of stunt work though, with huge sets of up to 300 feet high built to allow workers to swing through the air. No wonder then that it is estimated that this could have cost several million dollars.

The Spy Who Loved Me

The James Bond series has always been known for its stunt work. After all, it is a franchise that features a spy battling bad guys across the globe, necessitating a fair amount of fight scenes and explosions. One of the most dramatic came in the otherwise forgettable The Spy Who Loved Me, where 007 has to ski jump from a mountain and parachute to safety. The scene was filmed in one take with stuntman Rick Sylvester paid an extraordinary $30,000 for his work, a considerable amount in 1977. 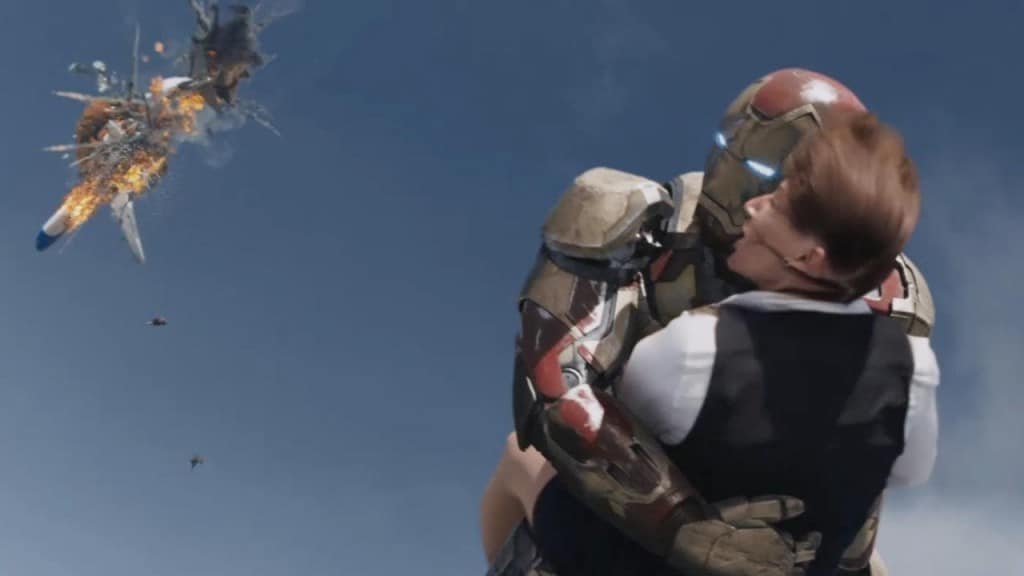 In order to make the scene where Air Force One blows up and the crew and passengers have to evacuate look as realistic as possible, filmmakers hired an experienced team of skydivers to shoot the action. This involved a team from Red Bull diving multiple times a day for an entire week, with skydivers even filming the action themselves with head mounted cameras. An estimated cost for the stunts is around $3 million. 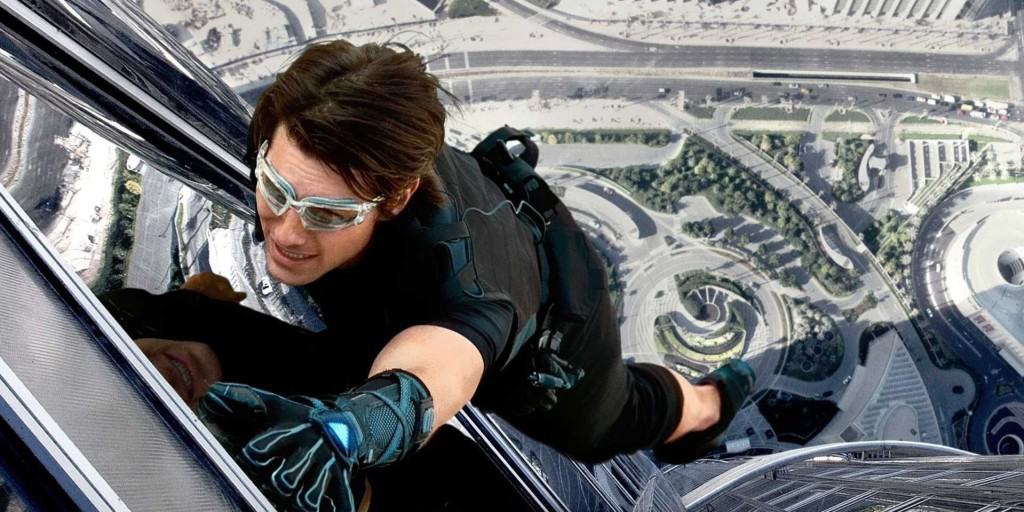 Rather than use a small-scale model of the Burj Khalifa building, which stands at more than 2,700 feet tall, the producers behind Mission: Impossible – Ghost Protocol thought that Tom Cruise should actually climb the real thing. To practice the stunt, they had a specially made replica flown to Prague and constructed huge structures, large lights and a giant fan to simulate wind, to ensure that they got the exact look they wanted. 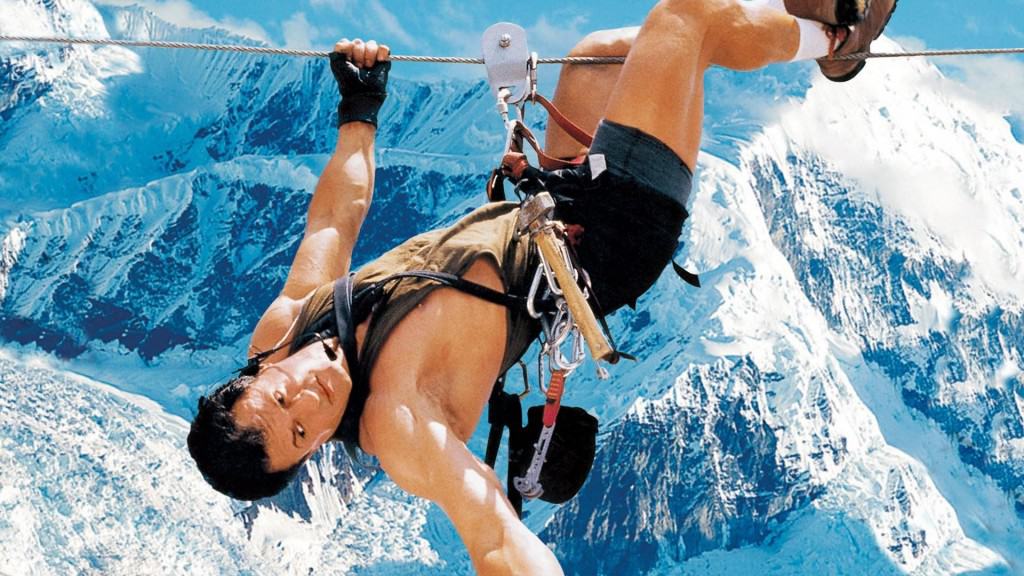 Officially recognized as the most expensive aerial stunt of all time, the moment in the film Cliffhanger that sees climbing between two aircraft cost upwards a staggering amount in total. Stuntman Simon Crane was paid $1 million for climbing between the two planes on a rope without any safety equipment, while the filmmaker’s insurance company refused to insure him as the work was considered too dangerous. 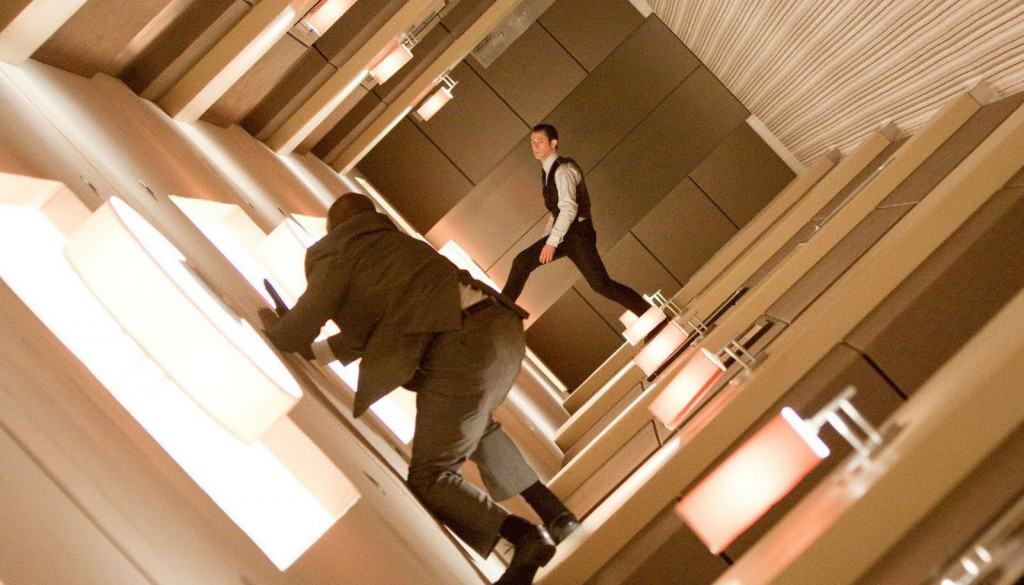 As previously described, Christopher Nolan prefers to avoid CGI wherever possible so it should come as no surprise that he decided to build a gigantic spinning set rather than simply use computer imagery in Inception. The structure was built in some old blimp hangars and allowed for the entire corridor to spin around so that the actors could appear to be running on the walls in the dream world. With 500 crew needed to build the set, work the machinery and film the action, the stunt is likely to have cost several million dollars. 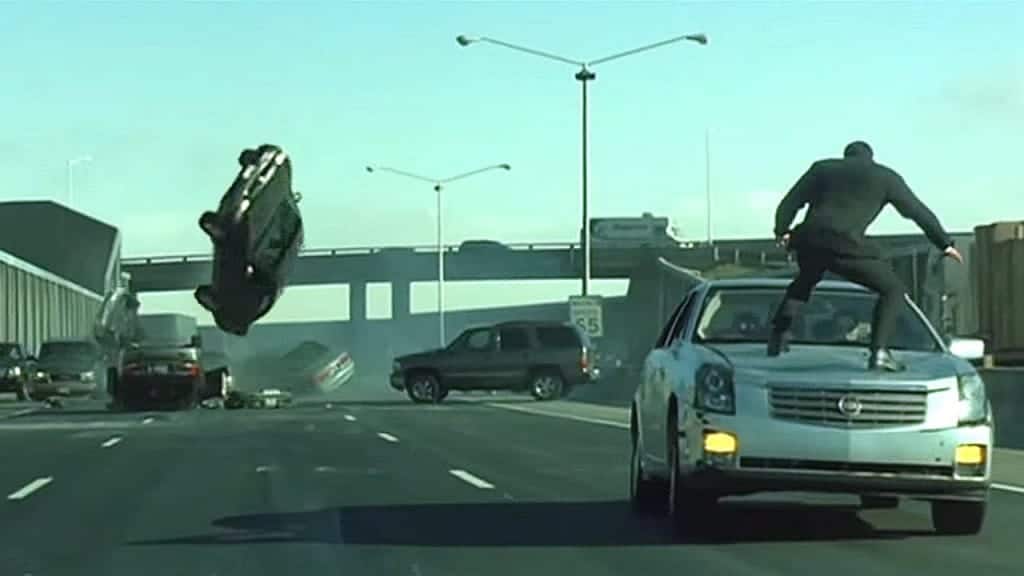 While people have many reservations about the sequels to The Matrix, one scene in The Matrix Reloaded did gain plenty of plaudits. This was of course the freeway chase scene, which necessitated the building of an entire section of road at a cost of $2.5 million. Add to that the three months of filming, the payment of stunt men, and plenty of other special effects and the stunt easily cost in the region of $5 million. 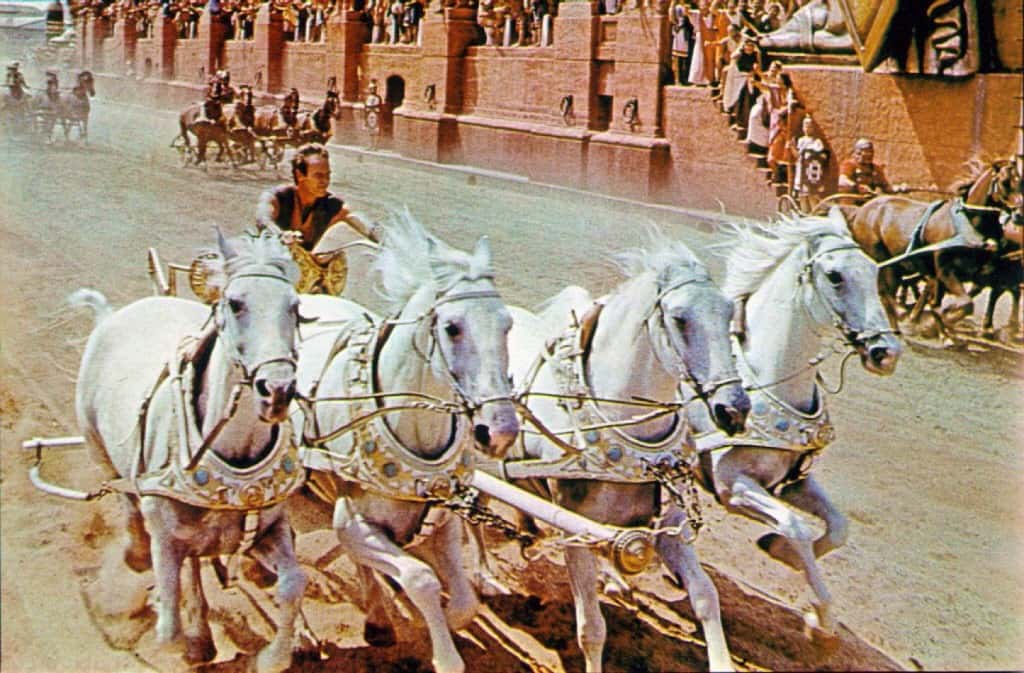 Ben Hur is widely considered a classic but it didn’t achieve its stunning action sequences and breathtaking scenery cheaply. The film had a huge budget of $16 million, a record amount of money for 1959, and a quarter of that was spent on coordinating and filming the epic chariot scene. The arena took 1,000 men months to construct, while producers had to train hundreds of extras and horses that were to be used.