10 Of The Most Bizarre Tourist Attractions In The World

We all love to travel. The world is a vast, amazing place with so many things to see and discover. In every place you visit, there are definite must-sees in your itinerary — Eiffel Tower for Paris, Tower Bridge for London, Disney World for Florida. These tourist spots are sure to attract thousands of tourists from around the world, complete with their camera and monopods.

If you’re not the usual tourist and you’re getting bored with the same old attractions and tourist traps, we have something for you. Indeed, so many new tourist spots have opened up for tourists and options abound. However, there are some spots–that are more bizarre for words. Would you dare see them all? Here are 10 of the world’s most bizarre tourist attractions you should see. 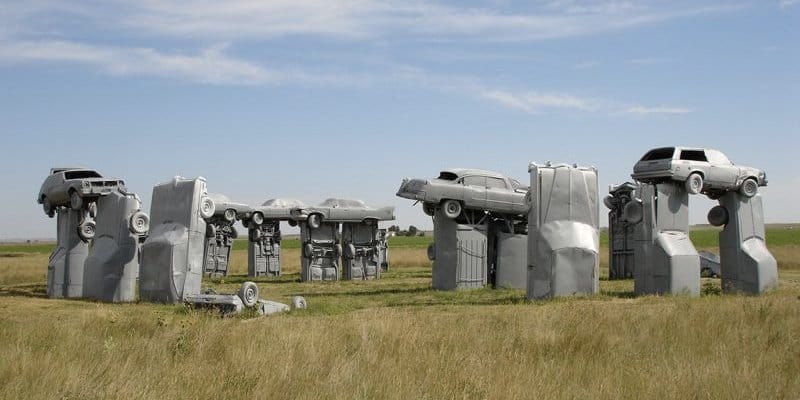 In a Nebraska field in USA, there is an eccentric sculpture known as ‘Carhenge’. The sculpture features 38 cars, stacked in post and lintels like England’s Stonehenge. The tourist spot was built in 1987 by Jim Reinders in honor of his deceased father. Now it is a quirky tourist spot for travelers who appreciate a good sense of humor. 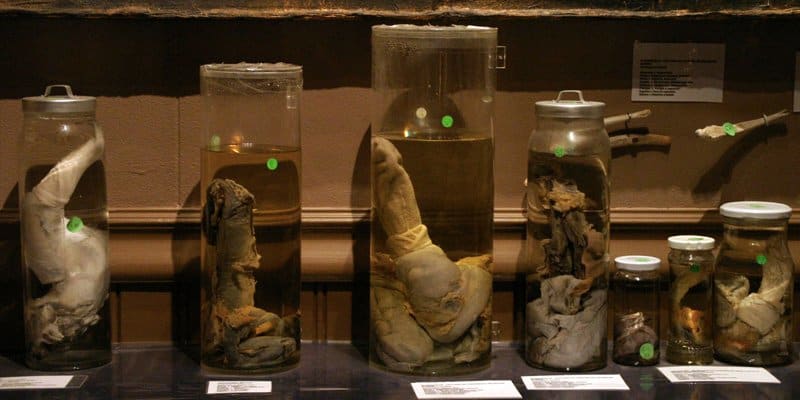 Probably one of the most interesting museums in the world is Reykjaviks’ Phallus Museum. The quirky museum houses more than 200 penises from almost every mammal in the world. If you ever wanted to see what a whale penis, you can do so here. 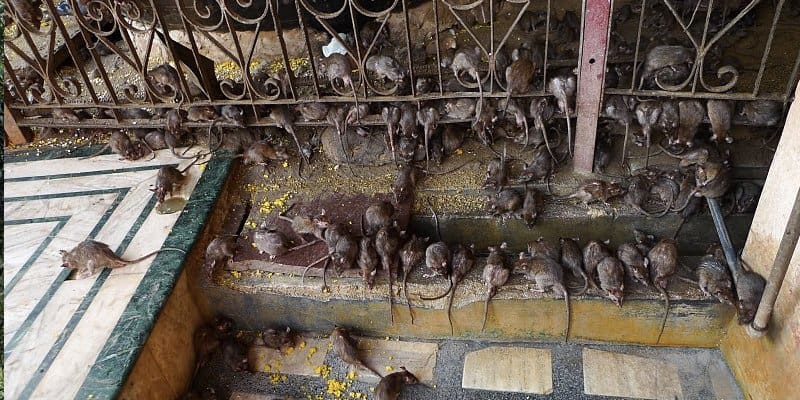 The Karni Mata Temple, which was made in honor of the Goddess Karni, believed her descendants never die — they are reincarnated as rats. The temple is also known as ‘The Temple of Rats’.

The temple houses hundreds of thousands of rats, whom firm believers say are all descendants of Karni. The rats are considered sacred and the residents provide them refuge and food. If you’re not afraid of rats, go ahead and pay your respects in this ‘interesting’ temple.

Island of the Dolls, Mexico 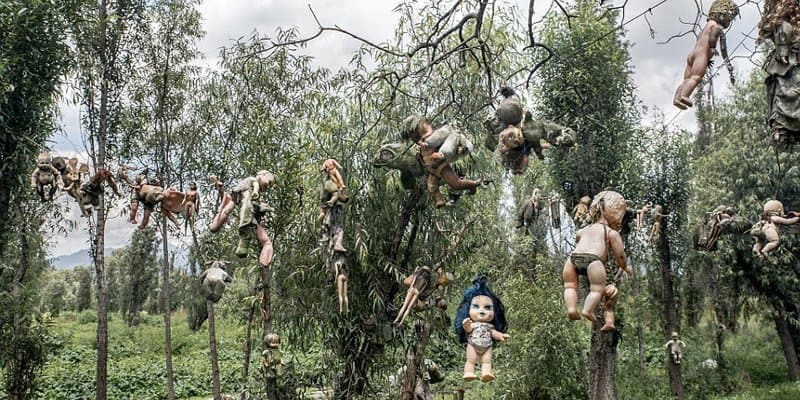 In south of Mexico, there is a place called Isla de las Munecas or Island of the Dolls. Don Julian Santana Barrera is the caretaker of the island, who was ostracized there because of his drinking problem. The story goes that Don has been constantly haunted by a little girl’s spirit who drowned in the island. To appease the spirit, he began trading his goods for old dolls. Whether you believe the tale or not, the island is now populated by hundreds of decomposing dolls hanging from the trees. Some say that the dolls are possessed by the soul of the dead girl. This is a whole new level of creepiness — but has become an interesting tourist attraction to those who dare. 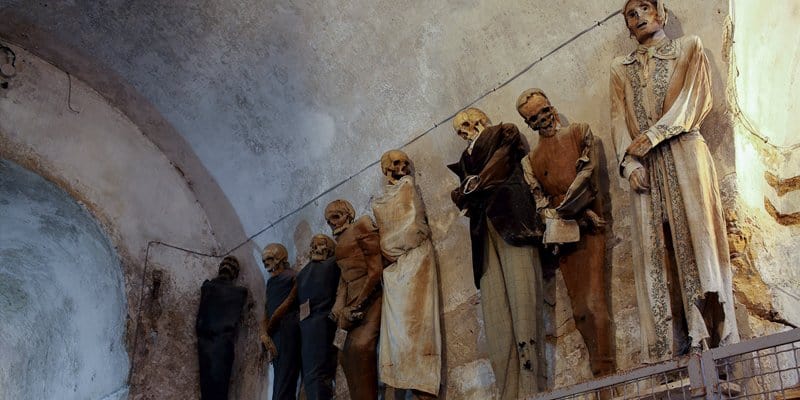 This creepy attraction in Palermo, Italy is bound to give anyone nightmares for weeks. The Capuchin Catacombs houses 8,000 well-preserved mummies lined up in the old walls. Some dead bodies are dressed in the finest attire with interesting poses. It will be hard to take selfies with the corpses as iron bars prevent contact. 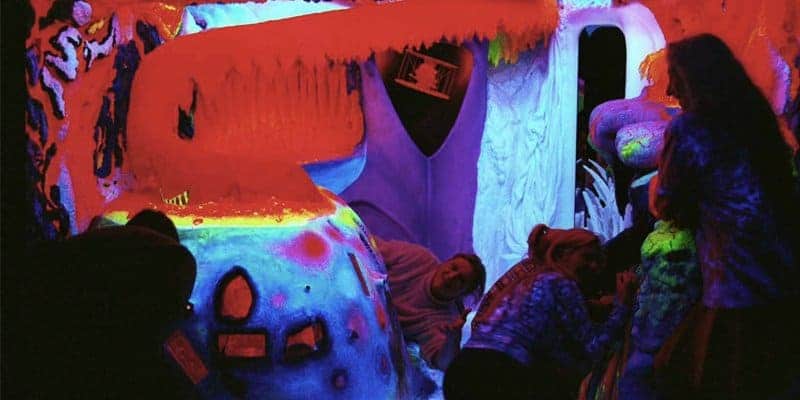 Electric Ladyland can be found in Amsterdam, Netherlands, and is the world’s first fluorescent art museum. Visitors remove their shoes and put on special slippers before descending to look at all the psychedelic fluorescent art work by Nick Paladino. You will find works that explode in psychedelic colors under UV light while tunes from Jimi Hendrix and the Beatles play in the background. 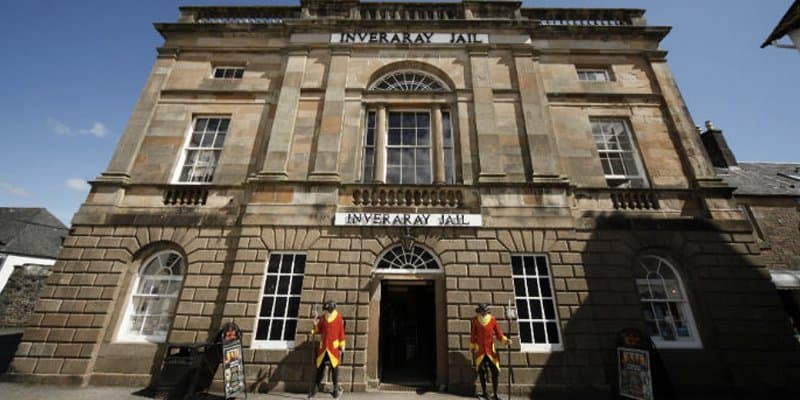 Have you ever wondered what it felt like to spend time in jail, but don’t want to commit crime? You can do that in Inverarray Jail, Scotland. The prison has been in existence since 1820, where visitors can immerse themselves to prison life. You dress up in authentic prison gear, and discover various punishment techniques in the penitentiary. 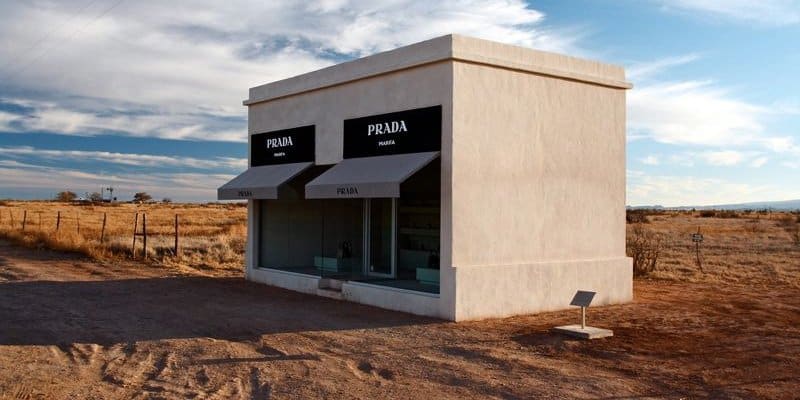 Prada is a well-known brand, but what’s odd with this Prada store is that it’s located in the middle of nowhere. It is located 150 miles from El Paso, Texas, in a tiny town of Valentine.

The work was the brainchild of Berlin artists Ingar Dragset and Michael Elmgreen. Upon the approval of Miuccia Prada herself, they built the Prada store. Unfortunately, shoppers can’t purchase anything in there. The store features 20 displays of shoes and six purses, but is permanently locked up with almost no sign of life. 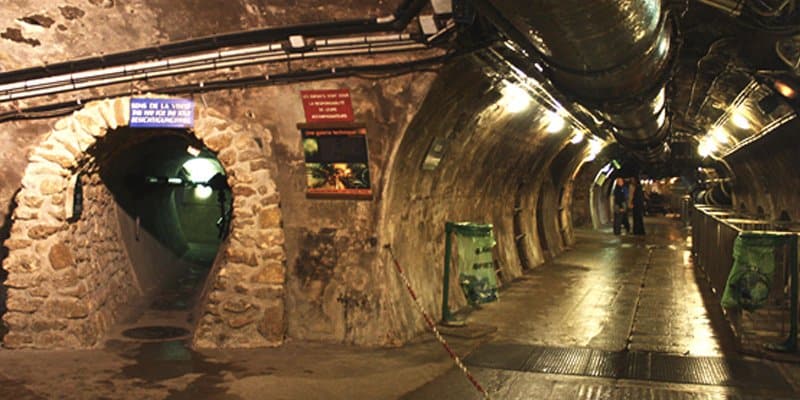 Paris has plenty of things to do but if you want something more offbeat, go underground and explore Paris’ 19th century sewers. Learn more about France’s water systems and sewer workers. It’s fascinating, if not a bit weird, and you’ll probably have to hold your noses during the tour too! 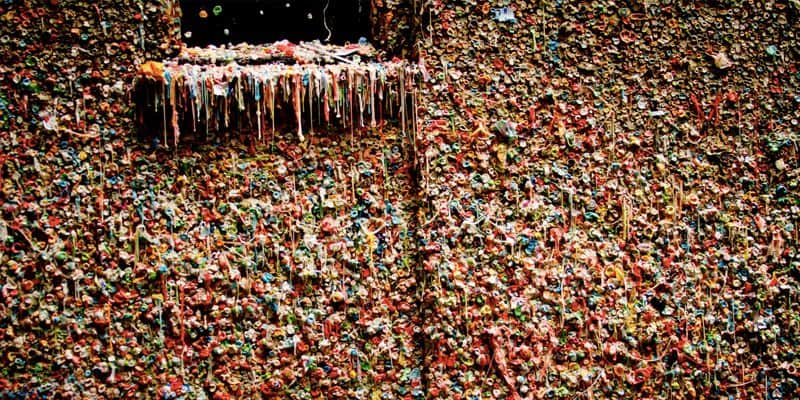 The Gum Wall art is considered as one of the ‘germiest’ tourist attraction by TripAdvisor. The wall has been collecting gum (and germs) for the last twenty years. Located in Seattle in Post Alley, Pike Place Market, people waiting in line at the Market Theater box office started sticking their gums on the wall. Once hated and constantly cleaned, they have since then celebrated and even turned the wall into an official tourist attraction.