10 Of The Funniest On-Stage Fails

Celebrities, despite being incredibly rich and famous, are still just people like you and I. These larger-than-life figures make mistakes, but because they spend their lives in front of a camera, their mistakes tend to be broadcast around the world for everyone to laugh at. It is hilarious to watch a performer try so hard simply to slip and fall. Some people may feel bad about that happening, but you have to keep a light heart and enjoy the little things. Here are ten of the most hilarious on-stage fails by everyone’s favorite celebrities and artists. 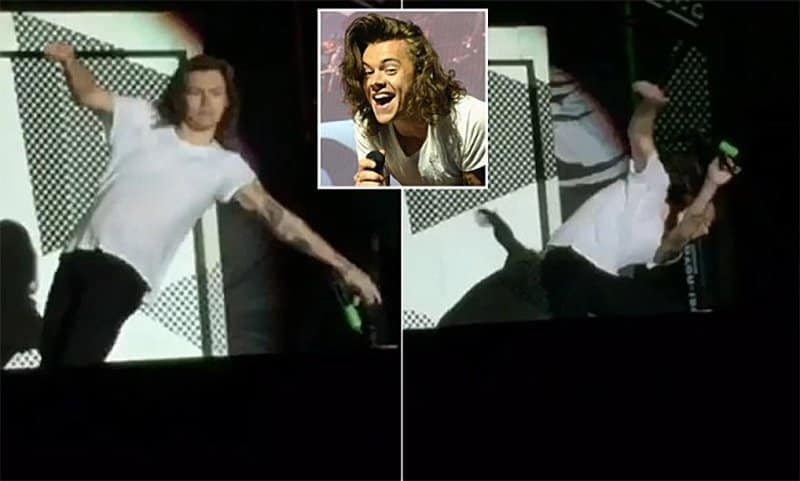 While performing in Canada, One Direction’s Harry Styles slipped up and took a tumble to the stage floor. The 21-year-old pop star lost his footing while performing in Toronto, which happened just a month after a previous fall on-stage. 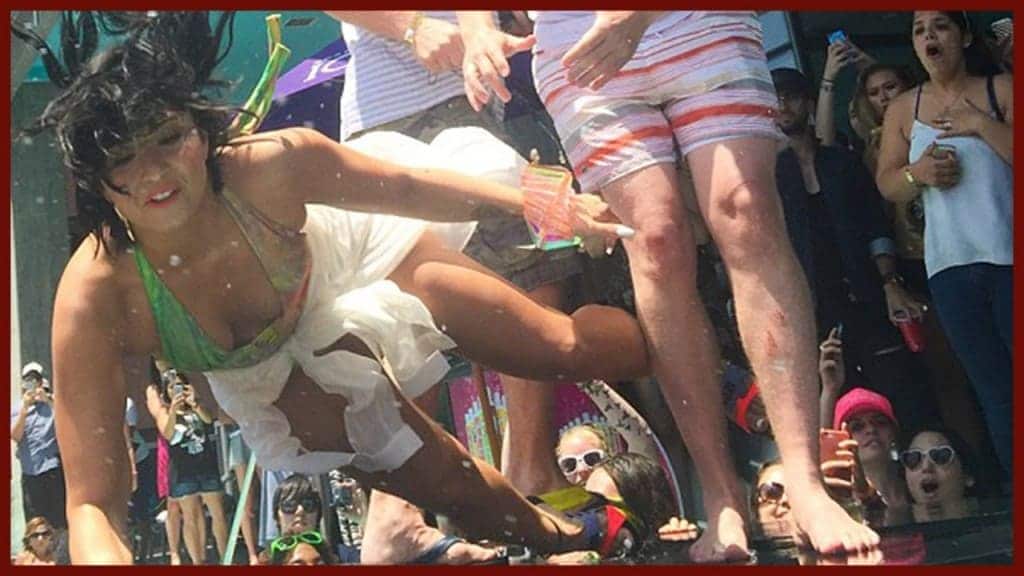 Demi Lovato managed to take her hilarious fall with a bit of class. As soon as she embarrassingly slipped and fell, the young pop star jumped into the nearby pool to compensate for the accident. We blame her ridiculous heels for the fall in Los Angeles. 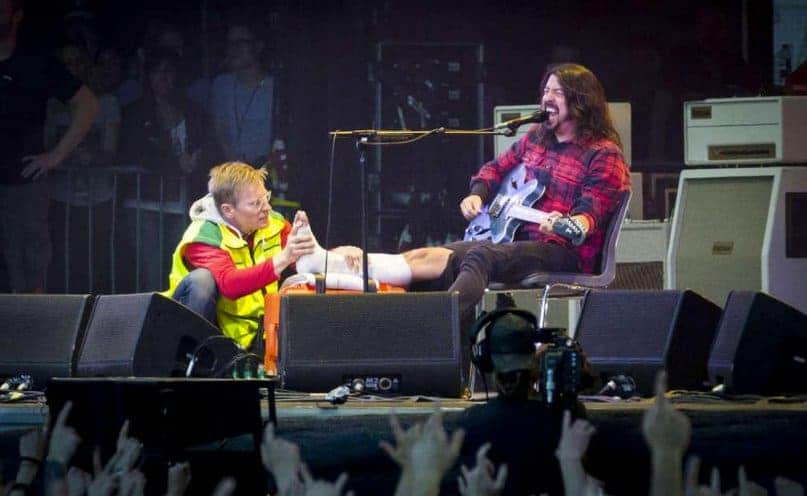 Dave Grohl is a legend in the world of rock. During a Sweden show in June of 2015, Grohl slipped and fell, breaking his leg in the process. The man impressively continued to play his guitar while paramedics tended to his wounded leg. 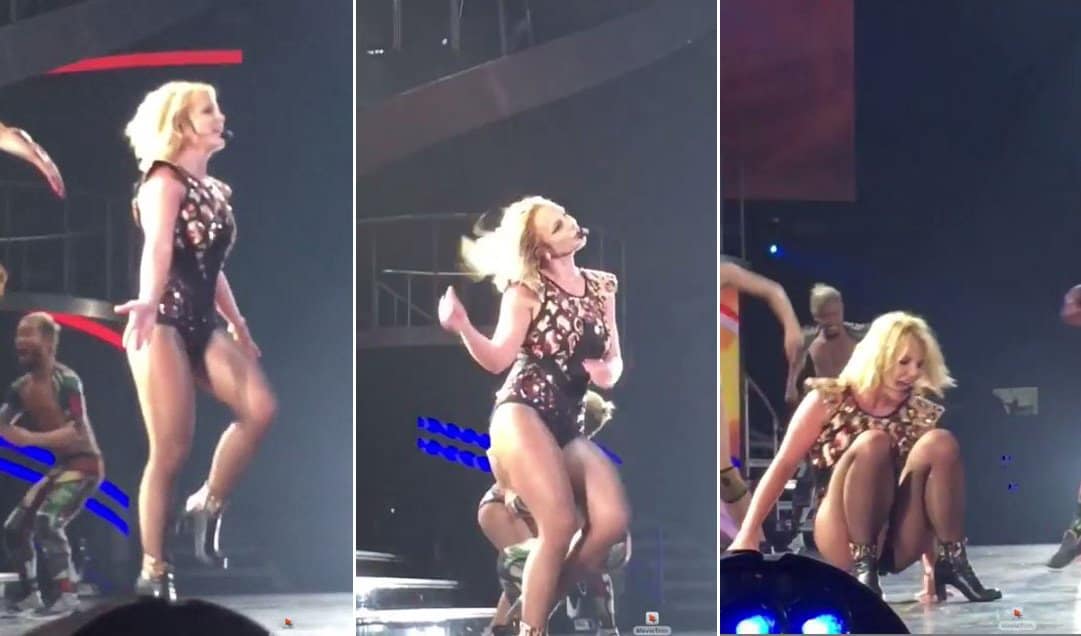 Britney Spears has not had the greatest track record when it comes to slipping and falling on-stage. While performing in Vegas, the audience began singing along with her, and she danced like crazy. She fell while singing ‘Crazy,’ but decided to continue going while on the ground. 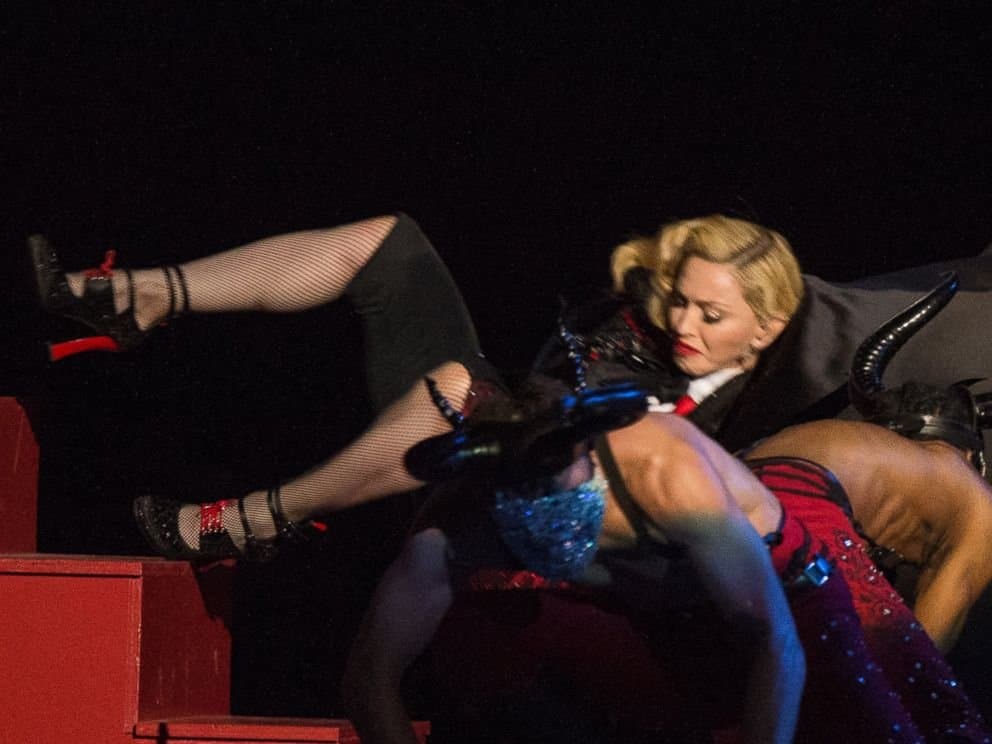 Madonna is another pop singer who has had her fair share of falls in front of the crowd. While performing live, the size of her cape made her slip backwards and land on her bottom while performing. It was by no means graceful.

Pop singers tend to have the worst luck while playing live. During the Latin American Awards in Mexico – hosted by MTV – Kary Perry fell not once, not twice, but three times during her performance. 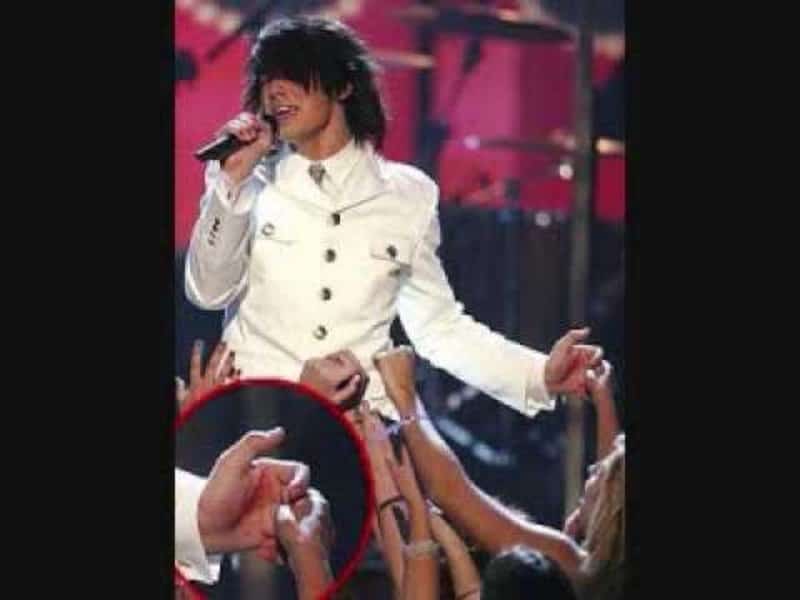 Joe Jonas, of The Jonas Brothers, fell atop shattered glass during a live performance in 2007 at the America Music Awards. He injured his hand quite badly. People seemed overjoyed when the man slipped and fell. 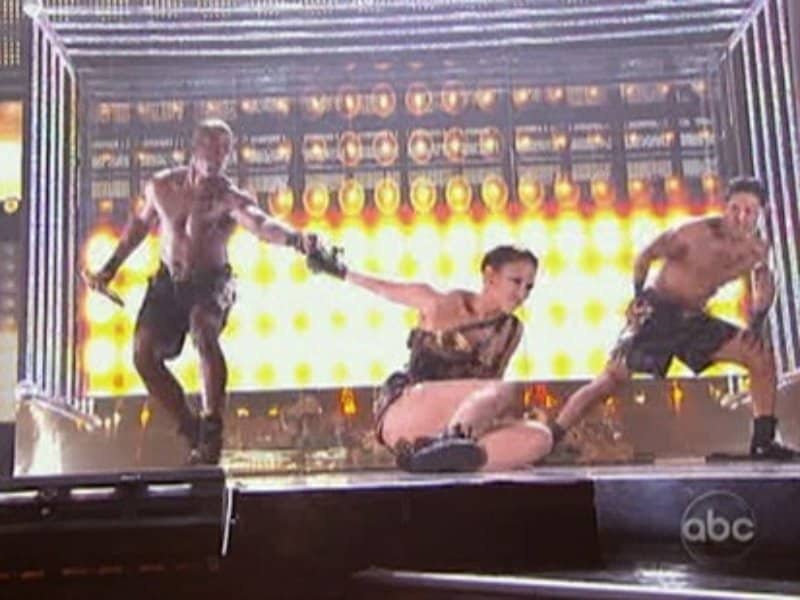 Jennifer Lopez was performing her live set at the 2009 American Music Awards when she had an accident. The woman walked on top of bent-over dancers and then jumped from the final one. Upon jumping, she landed backwards and fell to the ground. 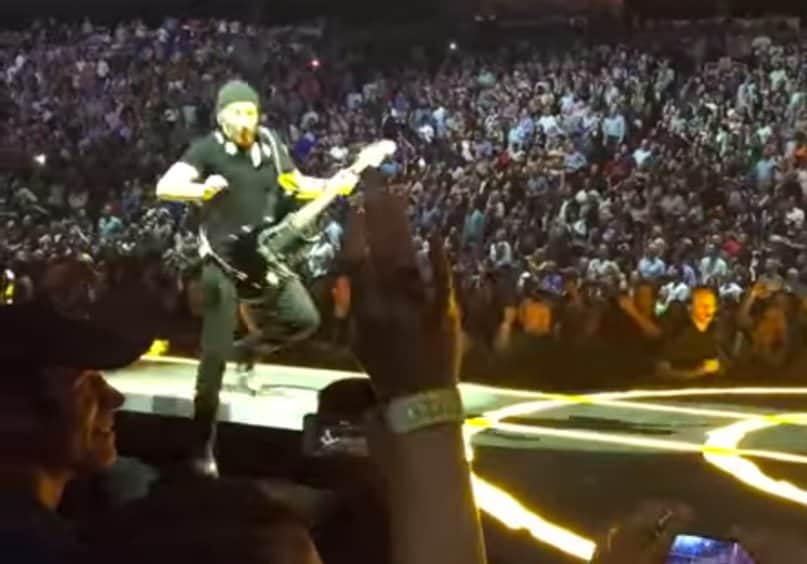 U2 are considered one of the most annoying bands in the world; so when Bono takes a dive on the stage, people tend to cheer in entertainment. That happened at their Miami show in 2001 on the opening night. He landed backwards on his ass. 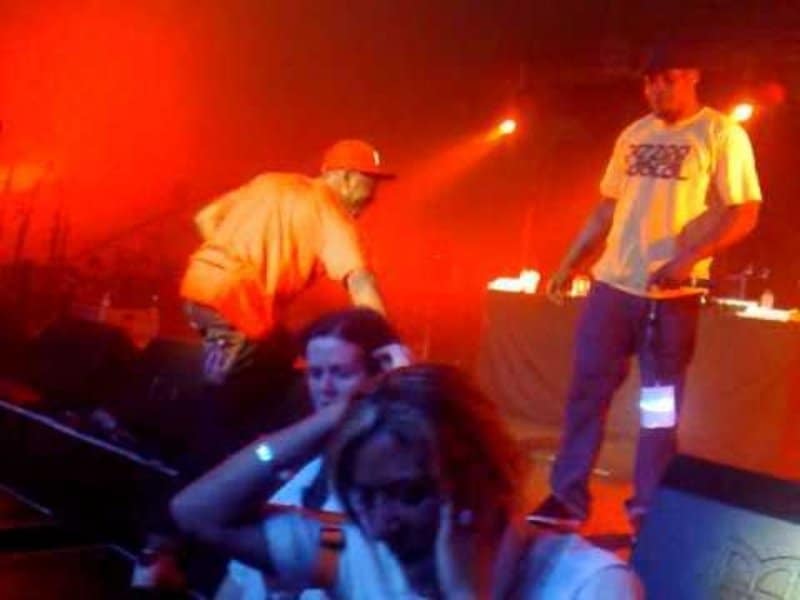 Dizzee Rascal was performing at a show at the University of Kent, where his signature dance move of the night was to thrust his hips forward. While doing so, the force propelled him face-first onto the floor, stopping the entire show in an instant.