Star Wars is not only one of the most successful franchises of all-time, it is also one of the most beloved. The series has released films in three separate eras, thereby securing an unprecedented fan base spanning across generations. The characters in the series are extremely memorable as well and have a massive fan base around the world. The number of tributes that have poured in for Star Wars is quite staggering too, and this list only rounds up some of the best tributes in the form of street art. 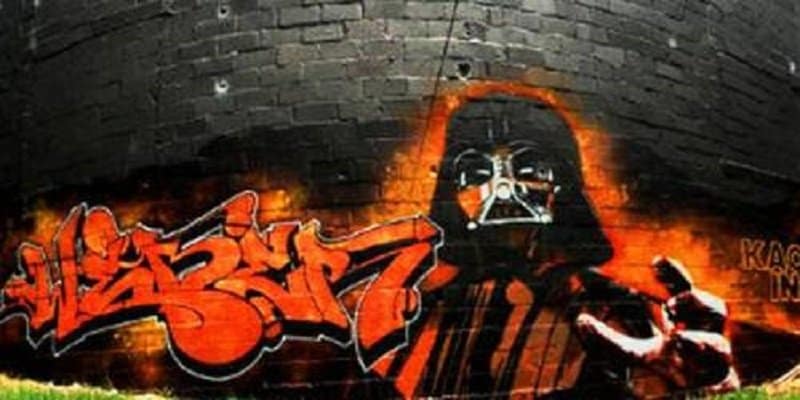 A great Darth Vader tribute styled with some orthodox graffiti. 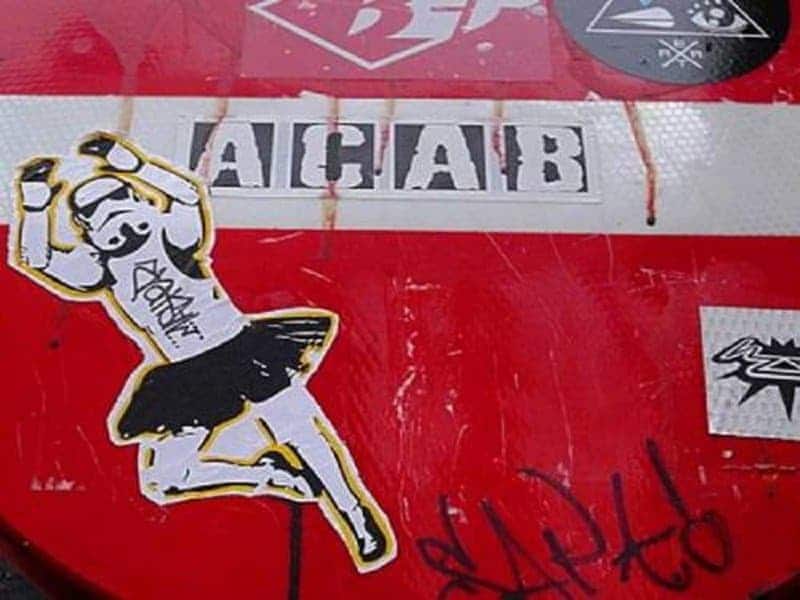 Storm troopers are not the most graceful baddies in cinematic history, which is why placing one in a tutu is extra hilarious. 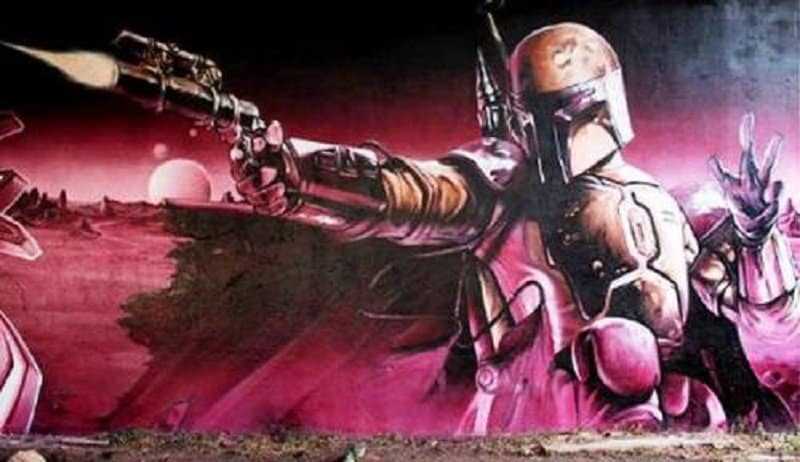 The notorious bounty hunter Boba Fett has a decent fan following around the world as well, despite not being a principle character in the series. 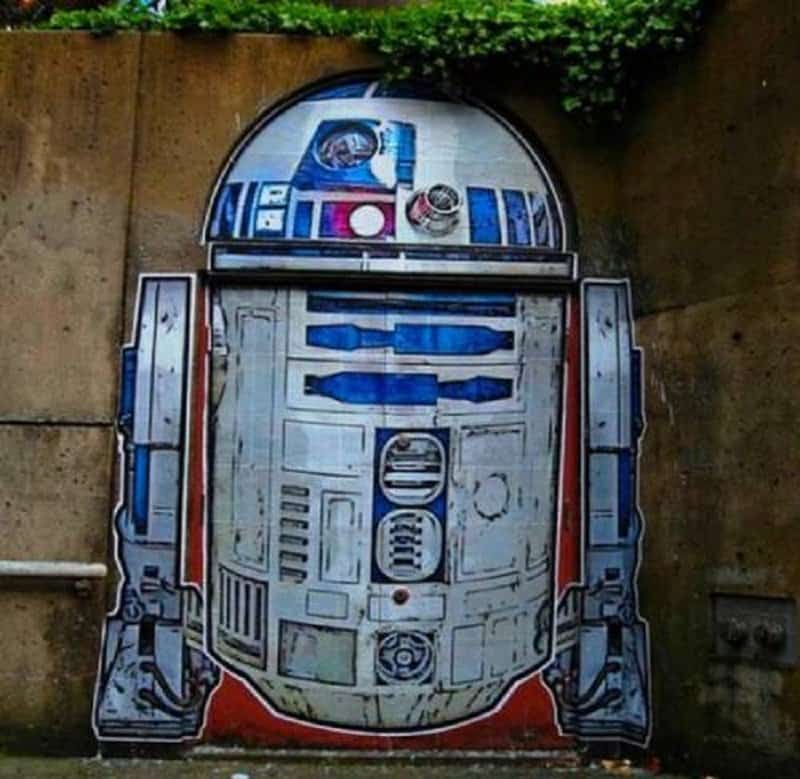 R2D2 has got to be one of the most beloved robots of all-time. It is no surprise that it has thousands of tributes in its honor.

Go For The Legs 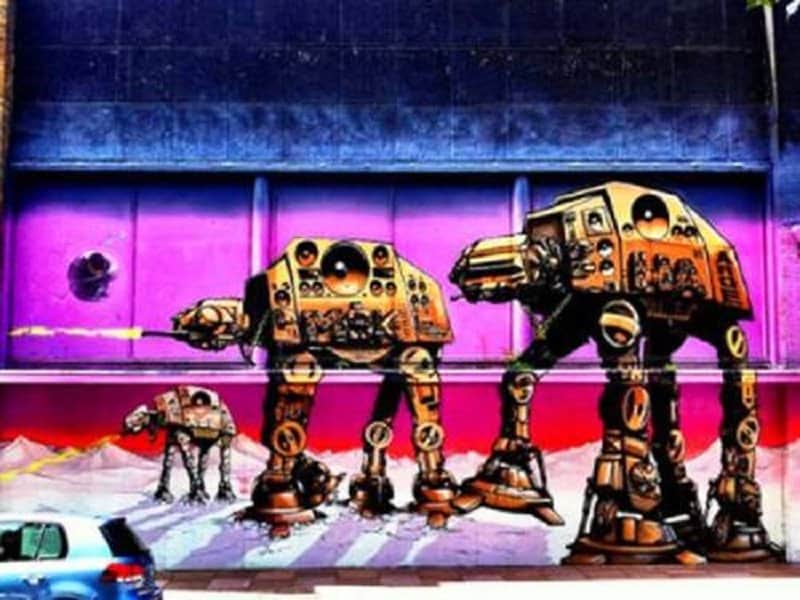 The epic scene in Star Wars where the protagonists are being hunted by giant robots is recreated on the streets with more color and gusto. 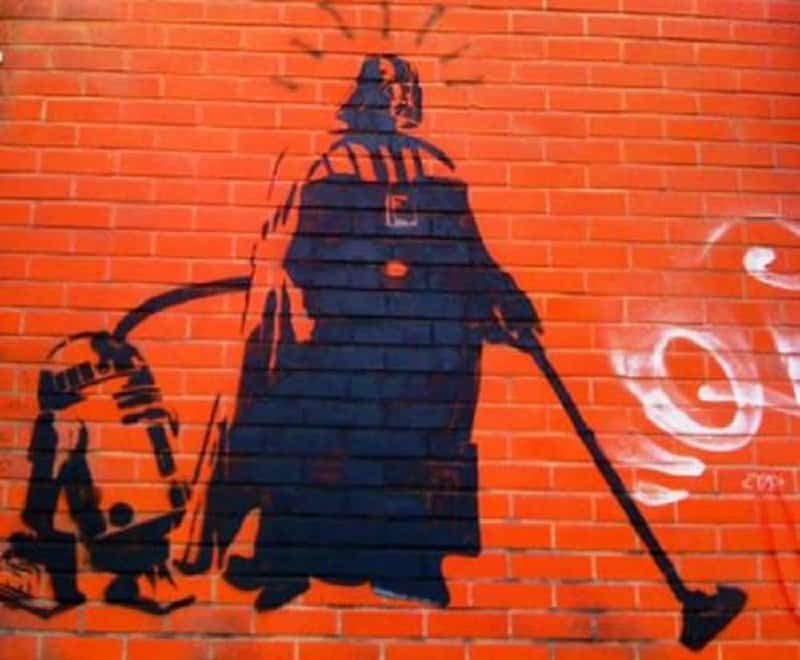 A hilarious piece where Darth Vader is seen cleaning up a mess using R2D2.

Do Or Do Not, There Is No Try 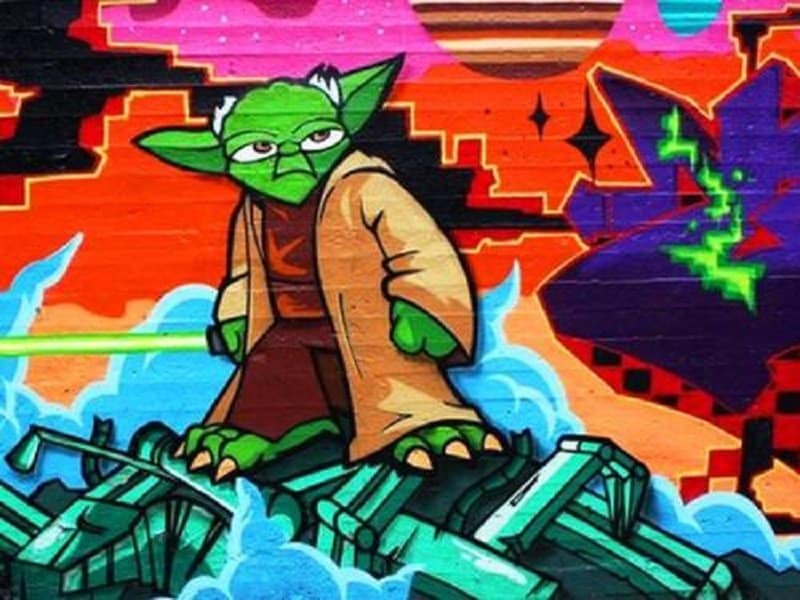 Master Yoda is the heart of the franchise, and this piece does some fair justice to his bad-assery. 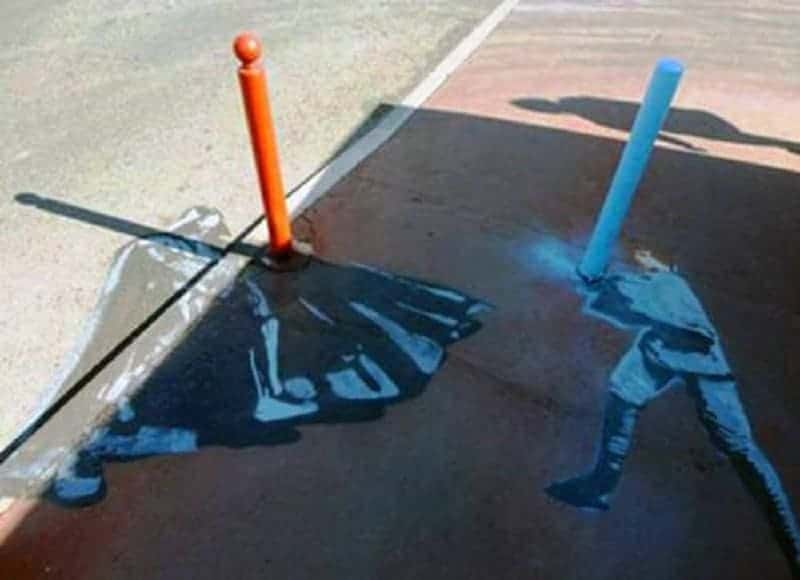 This piece brilliant uses two fixtures from the streets in order to create a light saber duel between Darth Vader and Luke Skywalker.

Beware The Green One 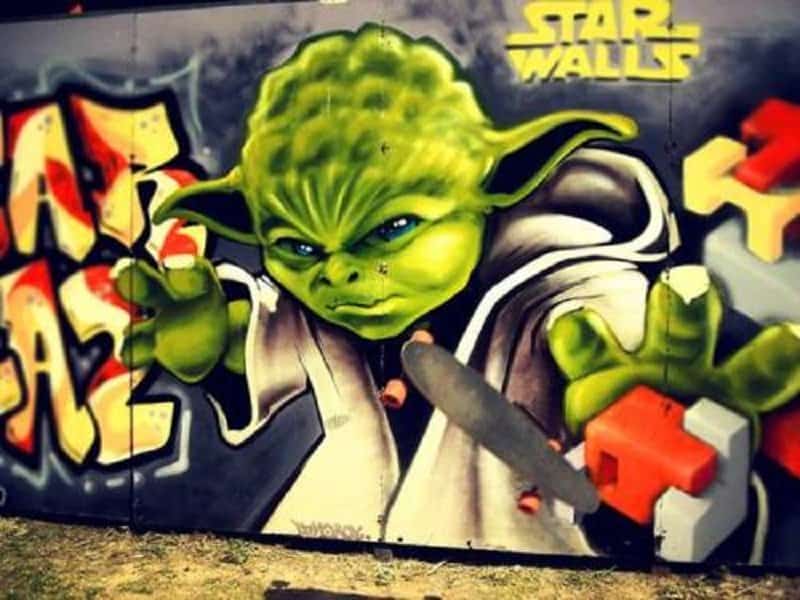 Another brilliant tribute to possibly the greatest Jedi of all-time. We love the “Star Walls” as well! 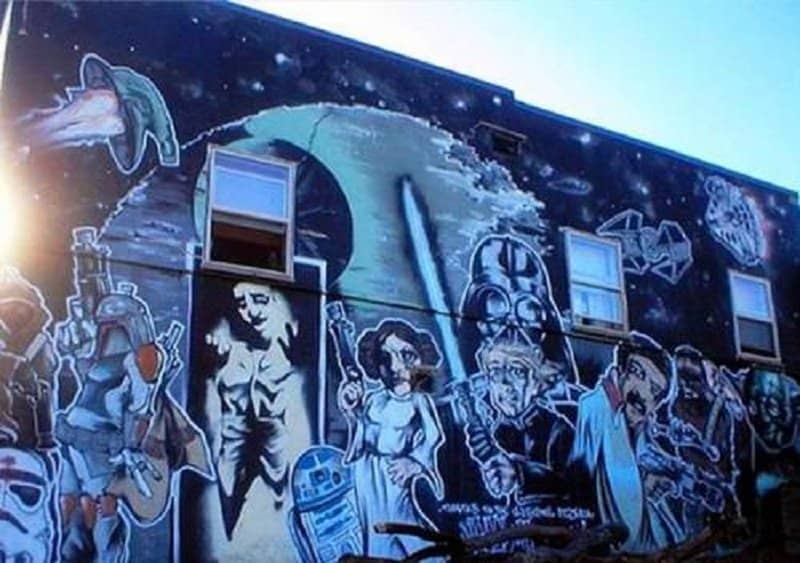 Most of the best characters can be seen on this epic piece that pays tribute to the entire series.