The Simpsons is the longest running animated series in TV history. The animated series has touched on a lot of topics during its 27 seasons. Some of those topics have been hilarious and some have been quite controversial. What many people may not realize is that The Simpsons has actually predicted certain events that has happened in today’s society. It’s quite weird to think that a cartoon has been able to correctly predict things nearly 20 years before they even existed. Here’s a list of some interesting things that The Simpson have strangely predicted. 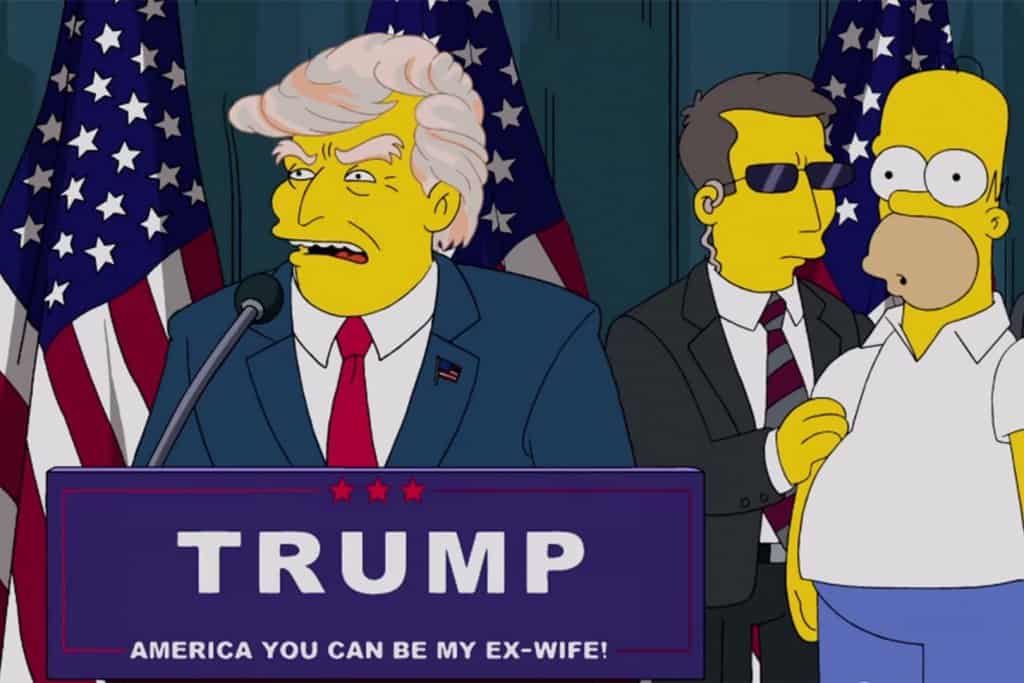 Nearly 16 years ago, The Simpsons aired an episode in which Donald Trump ran for President of the United States and he eventually won. Trump is now officially running for U.S. President, and many people fear that he may actually win the election. 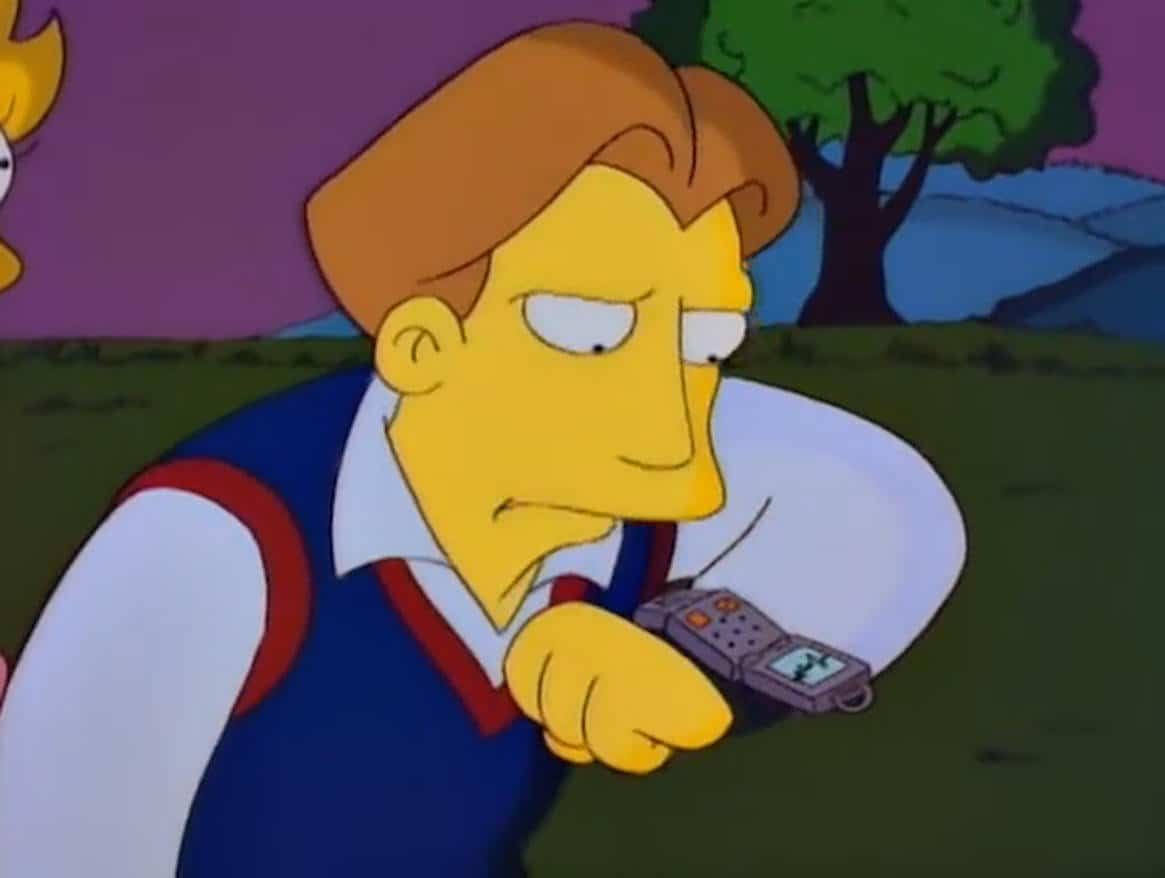 In the 1995 episode, ‘Lisa’s Wedding’ we see her future husband talking through his watch. We know have smart watches that allows us to communicate such as the iWatch. 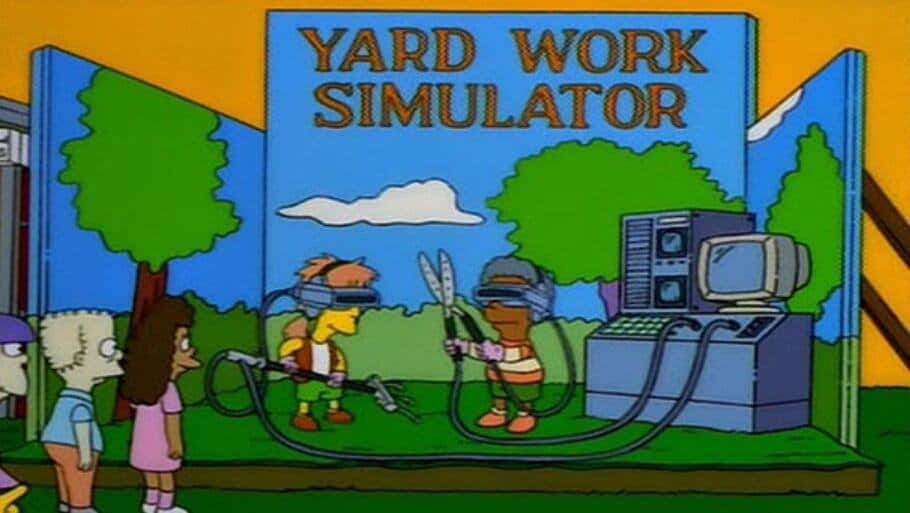 The FarmVille game had pretty much everyone hooked when it was released. In ‘Bart Carny’ there was a scene where the kids worked virtually on a farm called Yard Work Simulator. Sounds like FarmVille, right? 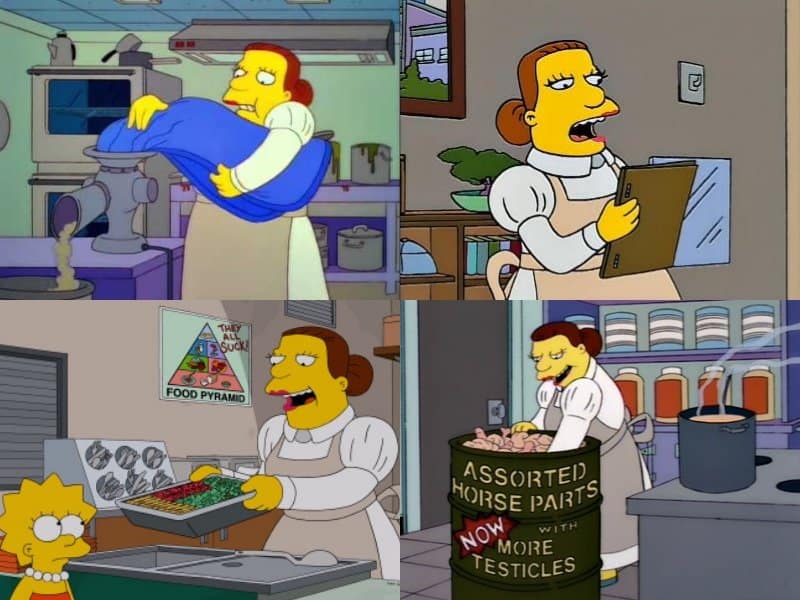 In 2013, it was discovered the fast food chains such as Taco Bell and Burger King were substituting horse meat for beef. The Simpsons initially touched on this odd subject back in 1994. 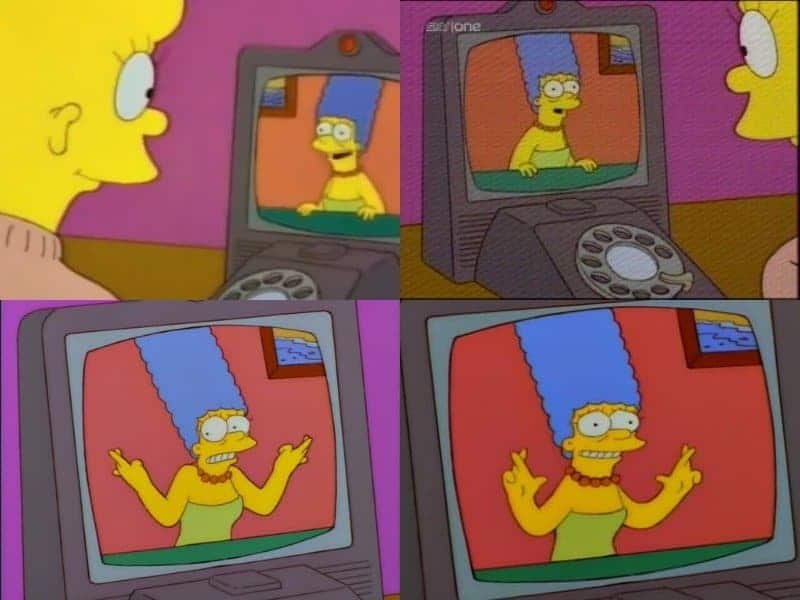 Many of us are able to stay in contact with friends and family members thanks to FaceTime and other video chat services. A Simpsons 1995 episode correctly predicted the future when they showcased Lisa communicating with Marge over something similar to FaceTime 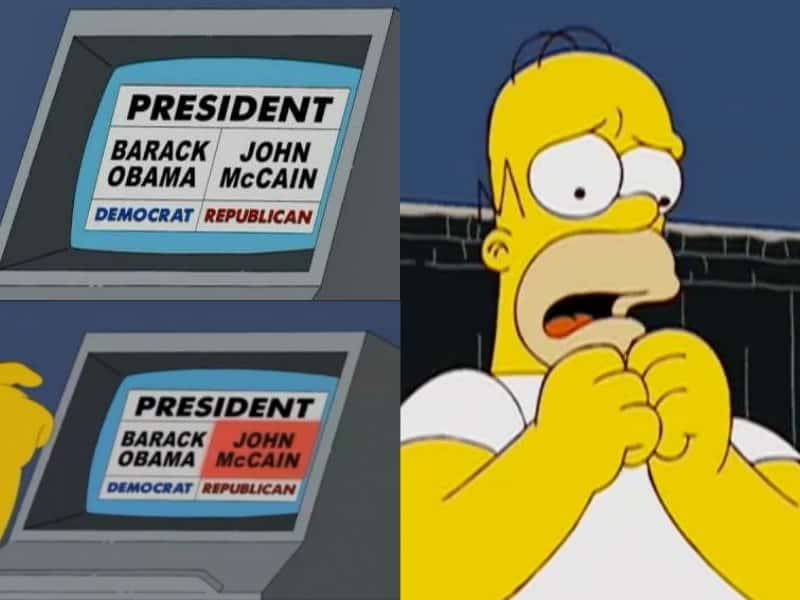 In a 2008 episode, Homer attempted to cast his vote for Obama. A glitch in the system switched his vote from Obama to McCain. A similar event occurred during the 2012 election in Pennsylvania. The booth switched any Obama votes to Romney. 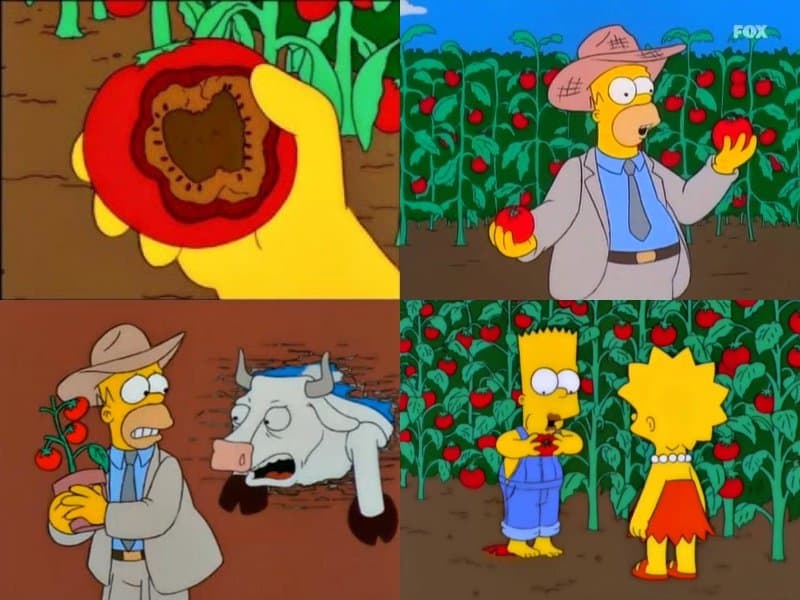 The Simpsons briefly talked about mutant tomatoes that were caused by the chemical plants nearby. The same tomato problem occurred in Japan when tomatoes began growing around a nuclear plant. 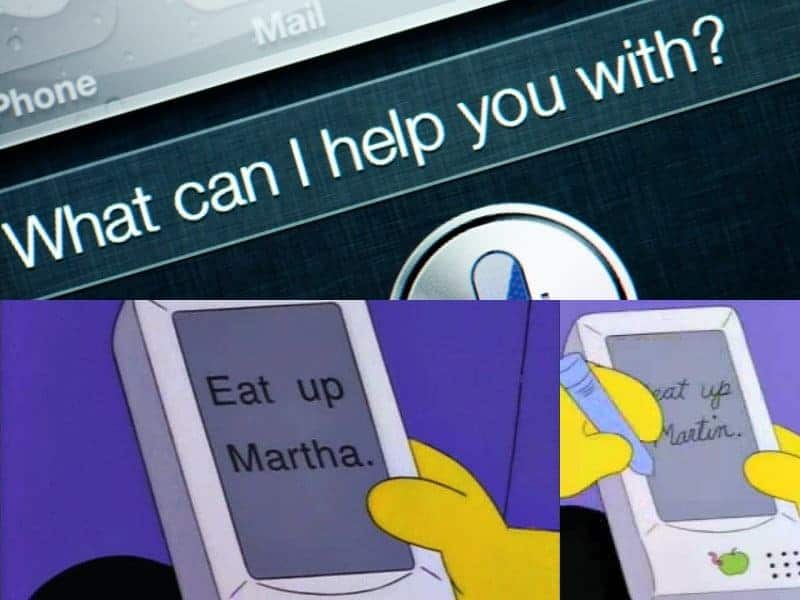 In ‘Lisa on Ice’ one of the characters asked their Newton Apple gadget to make a memo. Much like Siri, the gadget failed to understand the voice memo. 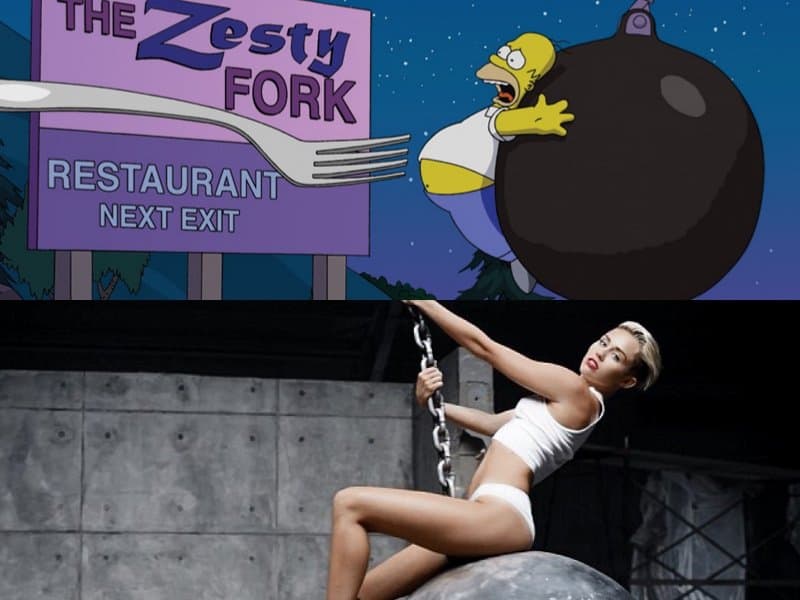 A scene in a 1994 episode as well as The Simpsons Movie showed Homer riding a wrecking ball. Miley Cyrus eventually created a song called Wrecking Ball. 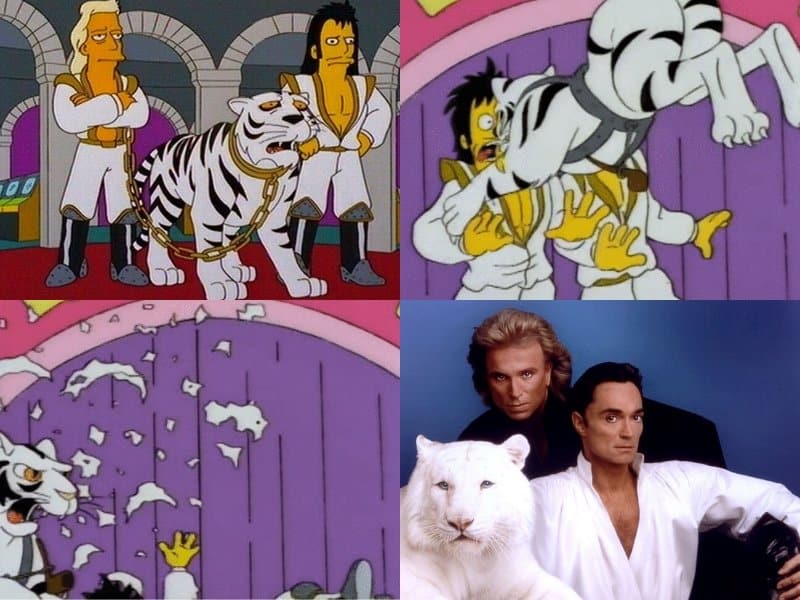 In 1993, an episode aired where a famous tiger tamer was mauled during a routine performance. The same thing happened to Roy of Siegfried and Roy fame back in 2003.