Jellyfish are amazing creatures that live within the depths of the sea. The animals that are generally referred to as Jellyfish belong to a group known as Cnidaria, which includes over 10,000 species. A lot of people haven’t even seen a Jellyfish in real life and are fascinated by the look and color of them. Did you know that some are able to glow in the dark? No? Well we hope you enjoy these weird and interesting facts about jellyfish!

Some Jellyfish Are Able To Glow In The Dark 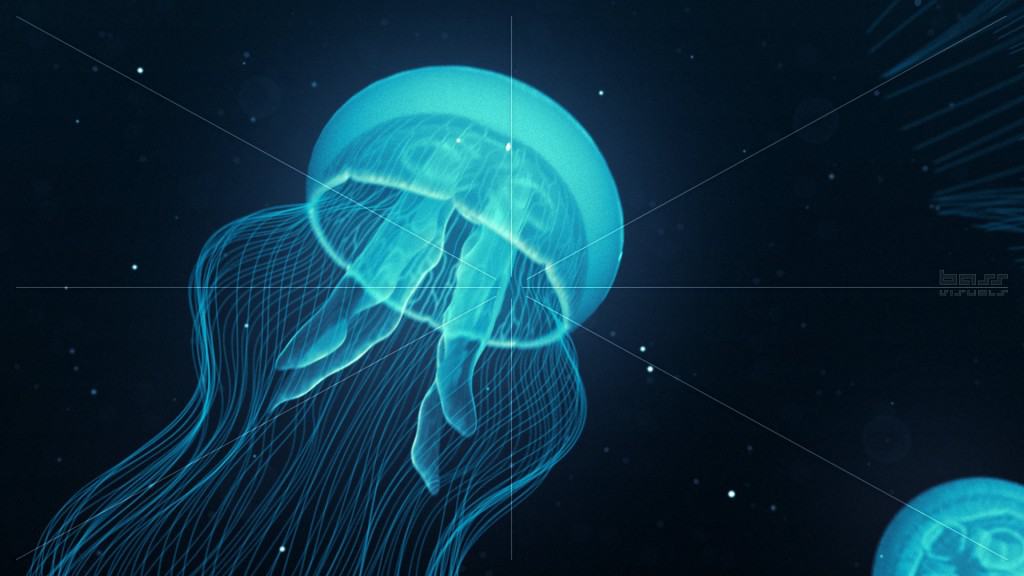 Bioluminescence is the ability to produce light and is a common feature among many sea animals. Certain jellyfish have bioluminescent organs, which emit light. This light can help them in several ways such as attracting prey or defending themselves.

Jellyfish Can Clone Themselves 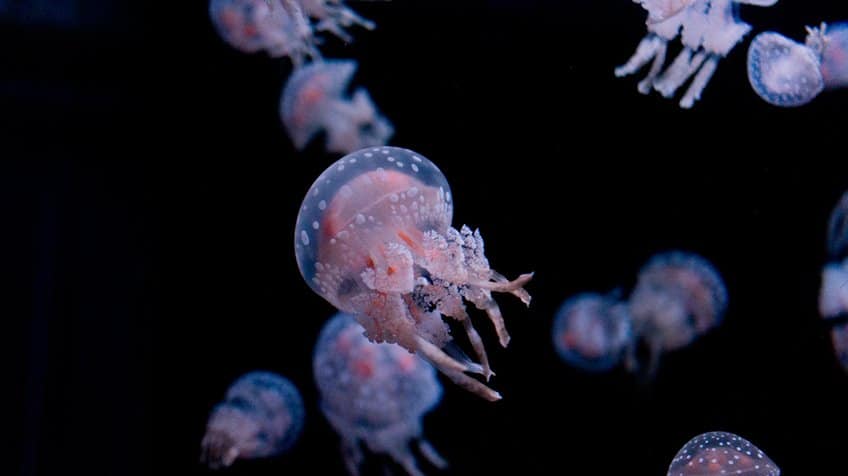 If a jellyfish were ever cut into two, the pieces of that jellyfish can regenerate and create two new organisms. Similar to that idea, if a jellyfish is injured, it can clone itself and potentially produce multiple offspring. Pretty cool huh?

Jellyfish Have No “Sides” 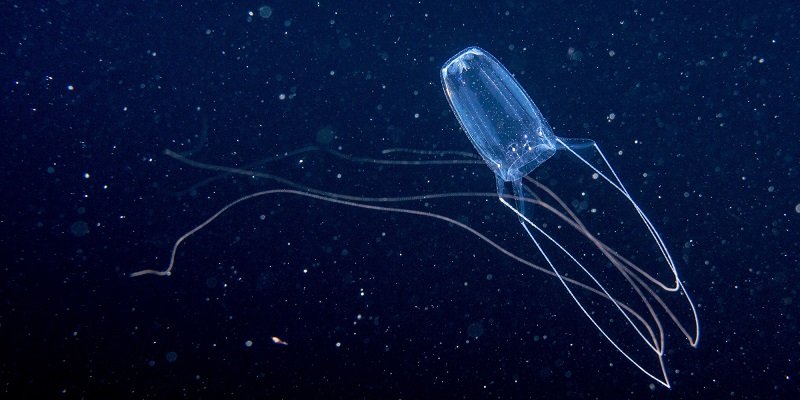 Technically, jellyfish have no right or left side. Jellyfish only have both a top and bottom. Jellyfish are symmetrical around a central axis that runs along the entire length of their bodies. 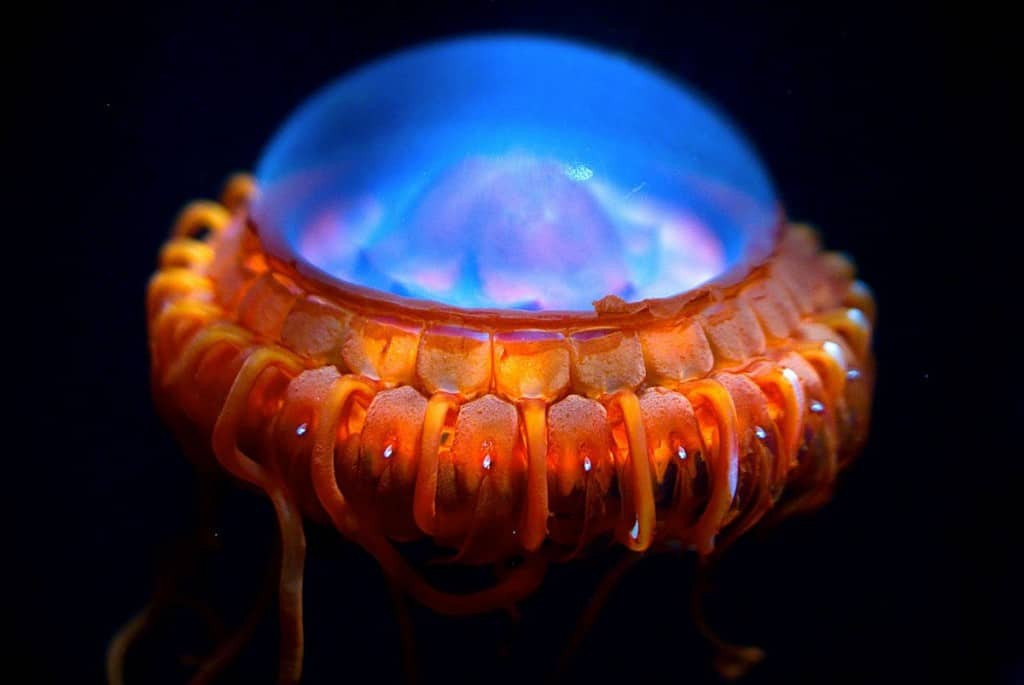 A jellyfish’s skin is so thin that the invertebrate receives its oxygen from diffusion rather than needing a respiratory system to help with that task. However, they do have an elementary nervous system which allows them to smell and detect light. 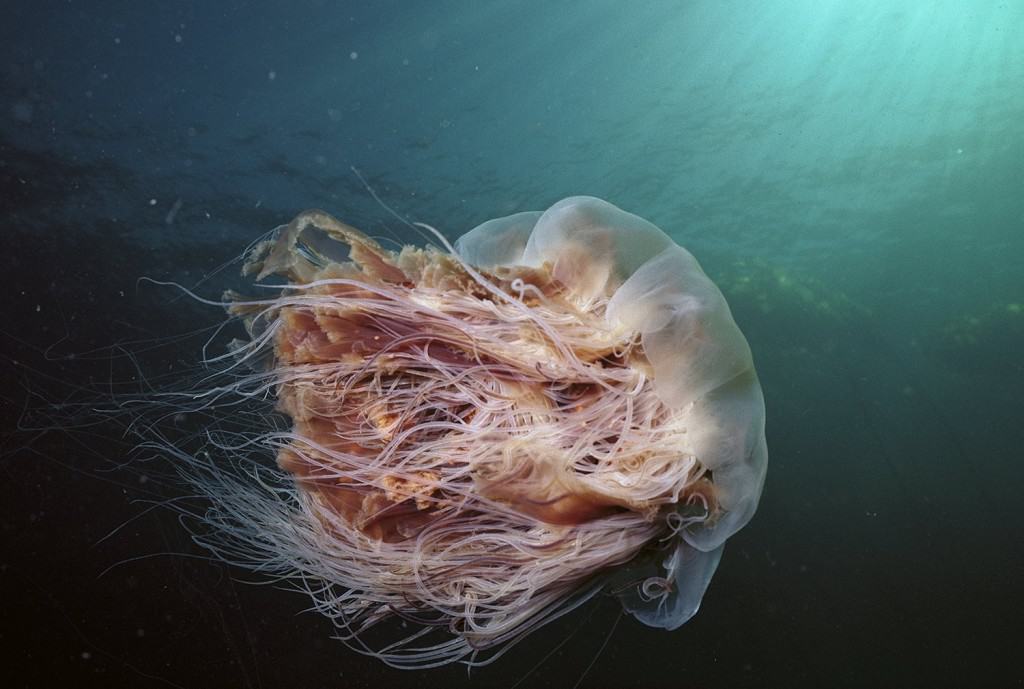 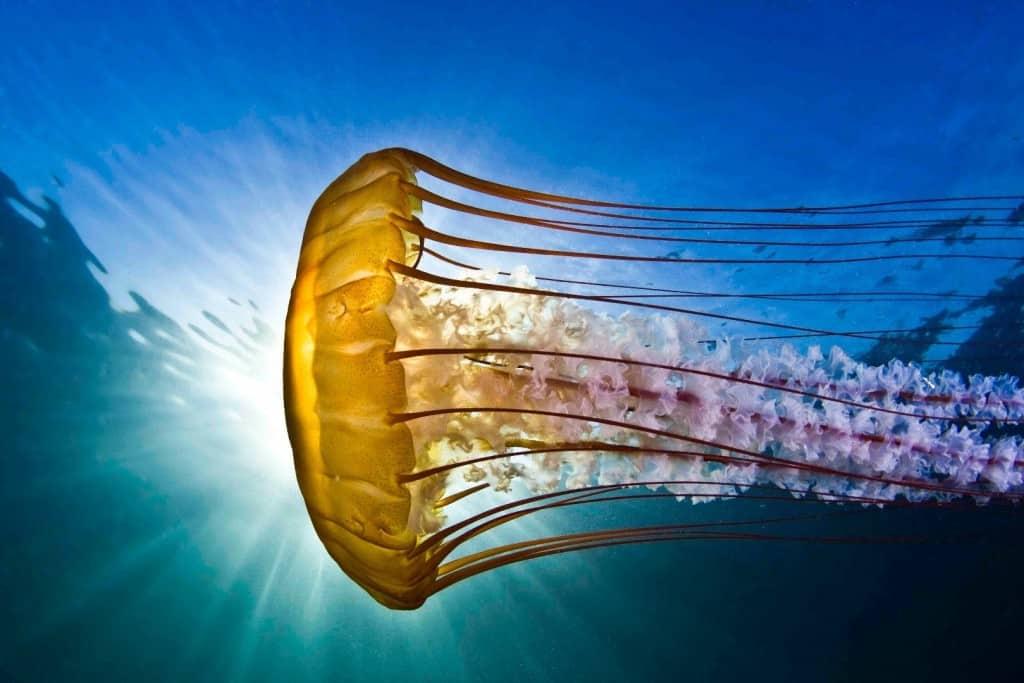 Jellyfish have no bones. Nor do they have brains or hearts. Most are also transparent. Jellyfish are composed of three layers, though. The three layers are known as the epidermis, mesoglea, and the gastrodermis. The epidermis serves as the outer layer, the mesoglea is a thick, jelly-like middle layer, and the gastrodermis is an inner layer. These layers form the jellyfish that we know today. 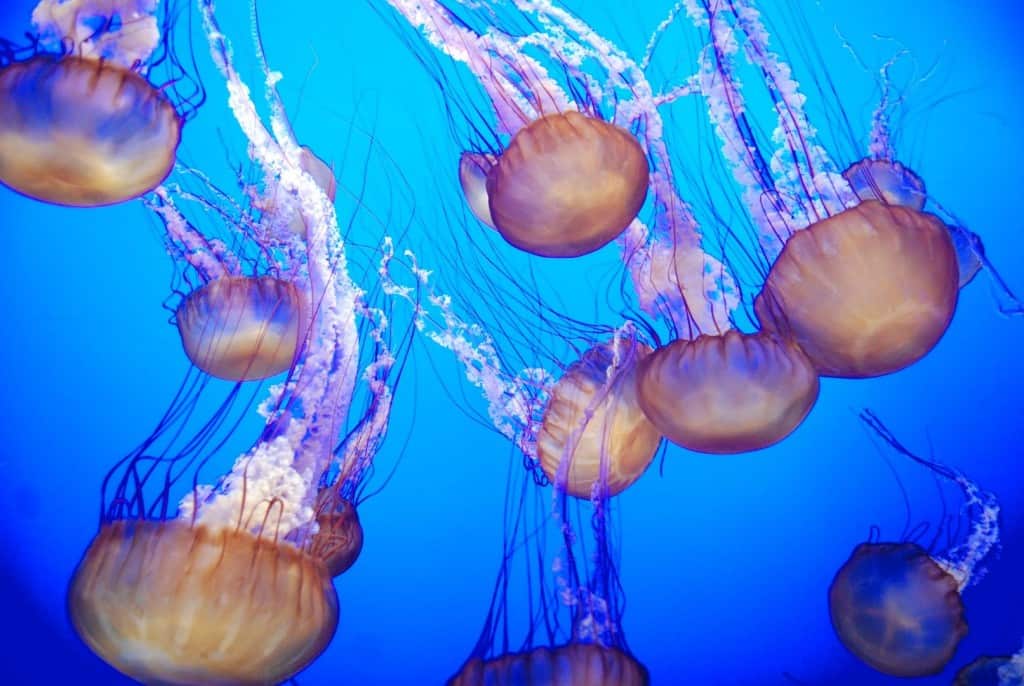 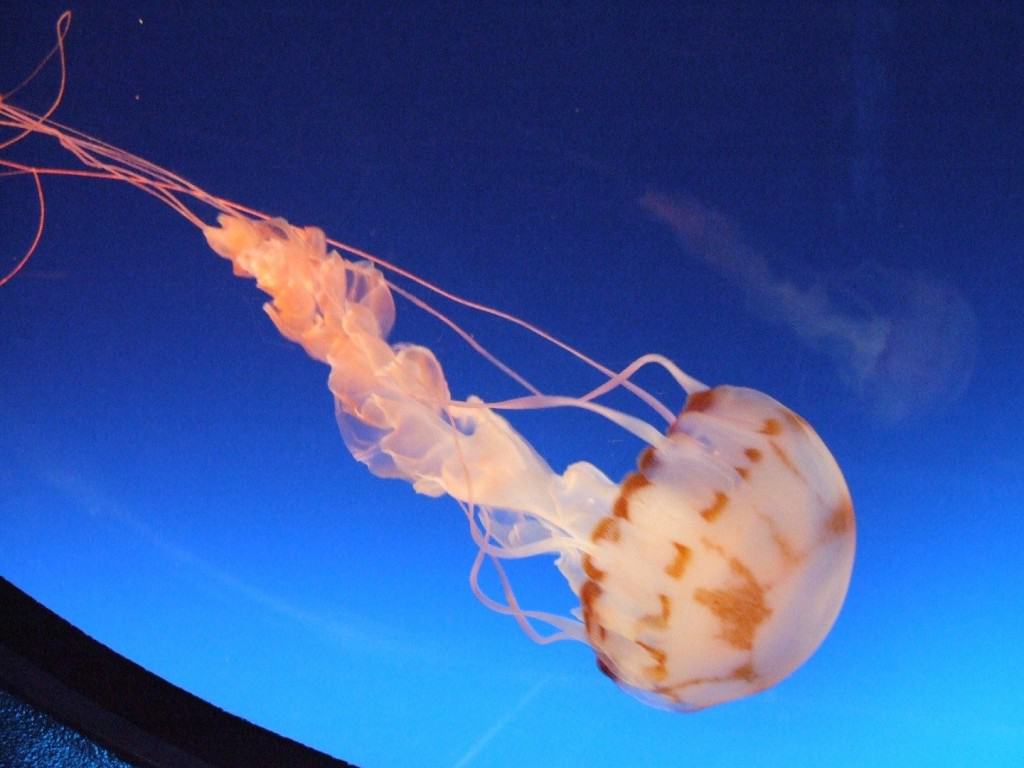 People don’t like the name “jellyfish” because jellyfish aren’t actually fish. They’re classified as an invertebrate. A lot of people now think they should be called sea jellies. What do you think?

Some Jellyfish Are Immortal 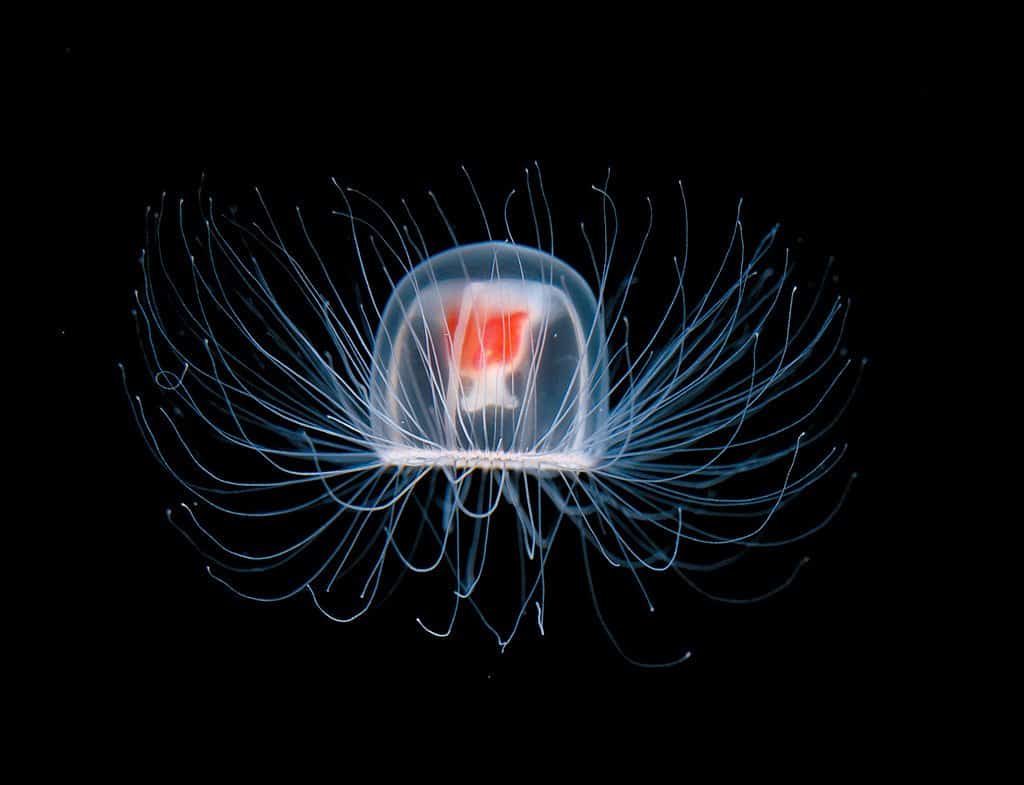 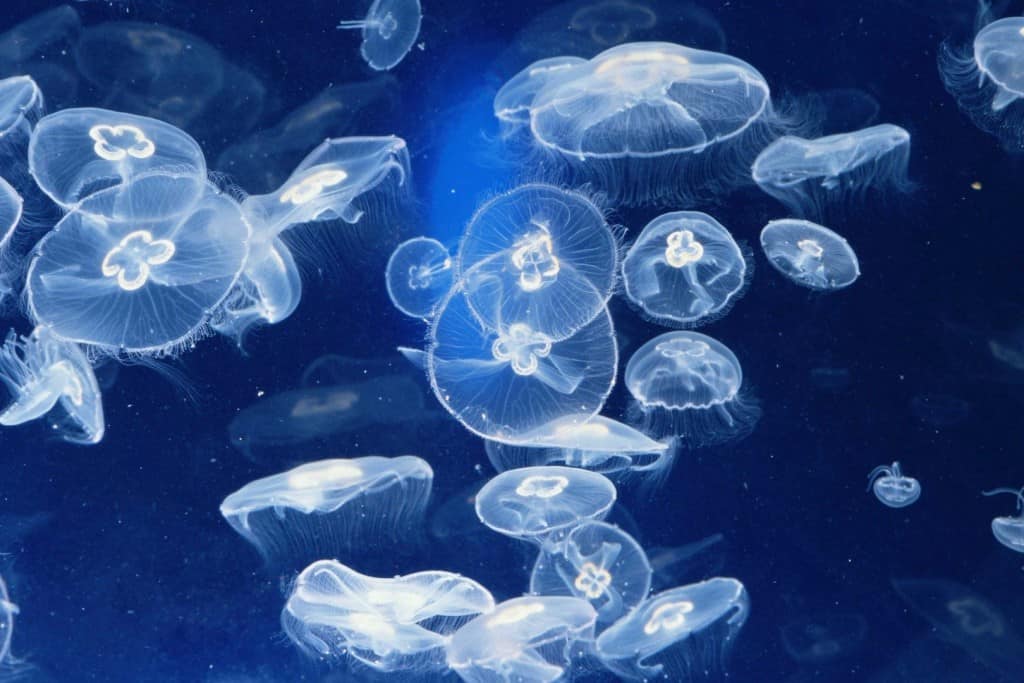 Jellyfish average around 95 to 98% water. That leaves around 5% leftover for solid matter in the jellyfish. Once taken out of the water they are basically a blob. Jellyfish are much more fun to look at than to play with!