10 Ingenious Solutions For Texting While Walking

Texting while walking is known to be dangerous, and yet we still encounter dozens of people do this in public everyday. Admittedly, we are probably suspects to this bad habit as well. Texting while walking can lead to could-have-been avoidable accidents and serious injuries.

Although not illegal, this habit is certainly unsafe. Not only does it endanger the texter, but also to pedestrians he/she can potentially bump into as well. Hence, several cities from around the world try to come up with creative solutions for pedestrians who like texting while walking. Here are 10 ways on how different government bodies try to deal with the problem through texting lanes, campaigns and warning signs. 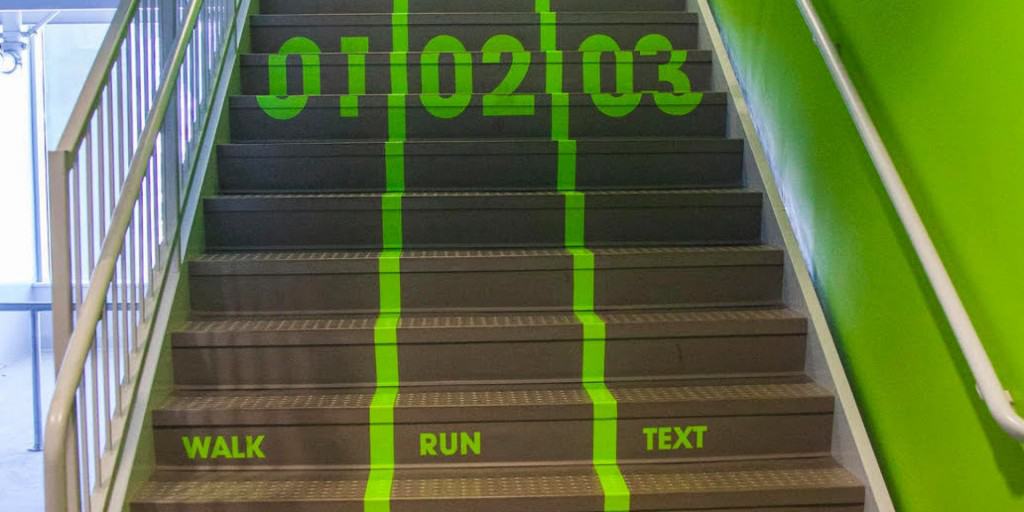 Utah Valley University, a school with a population of 30,000 students, identifies three types of people in the world: those who run, those who walk, and those who text. Thus, they came up with a creative solution: to create designated lanes for their staircase and make student life much easier. 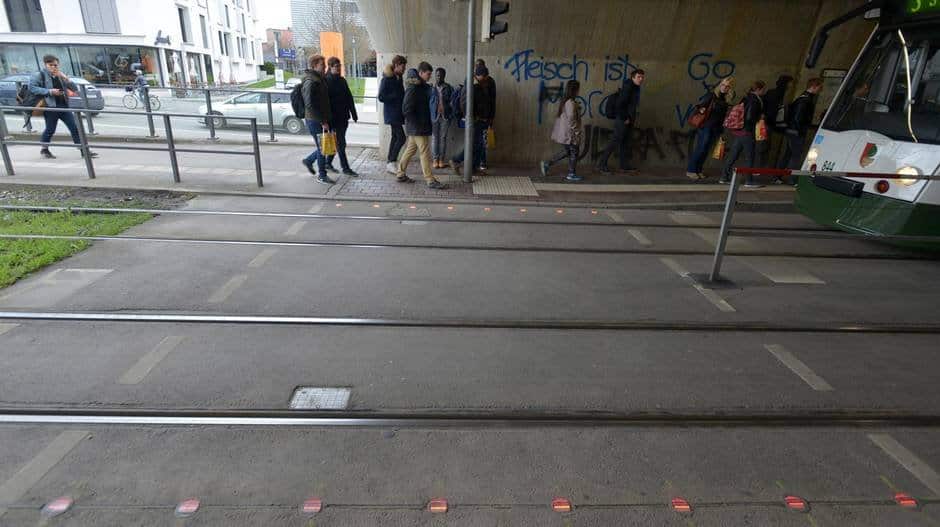 Texting while walking isn’t necessarily illegal, but has caused some deadly outcomes. In Augsburg, Germany, a 15-year-old girl got hit by a train due to texting while walking. The city hence installed on-ground traffic lights at train crossings to warn pedestrians of incoming trains. 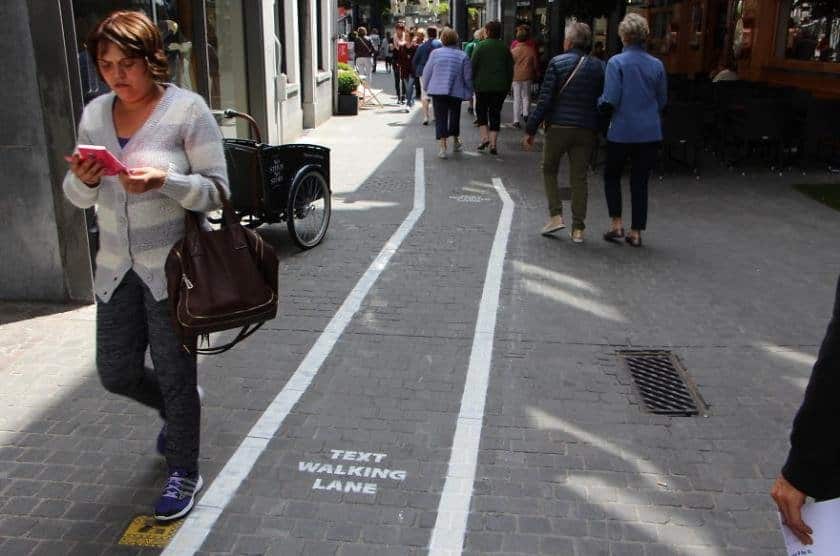 Antwerp, Belgium, saw how texting walkers greatly inconvenience other pedestrians, and have come up with text walking lanes, which are narrow lanes where you could walk and text without annoying or endangering others. 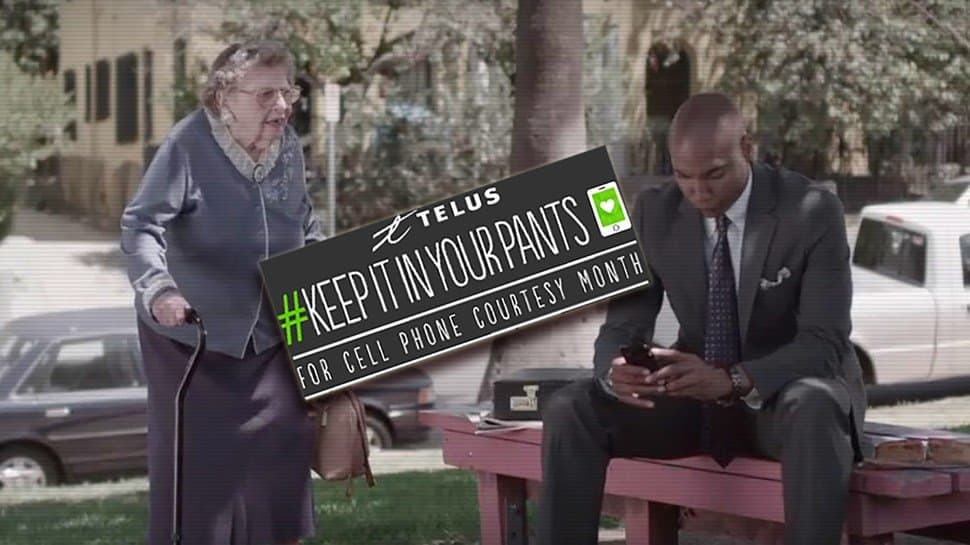 As part of the Cellphone Courtesy Month, a social media campaign #keepitinyourpants was launched by Telus in 2013. This includes funny memes and important messages on when to stop using your smartphones.

The campaign provided awareness and etiquette for phone users, reminding them when to be mindful when using phones.

Phone Camera Shows What’s In Front Of You While Texting 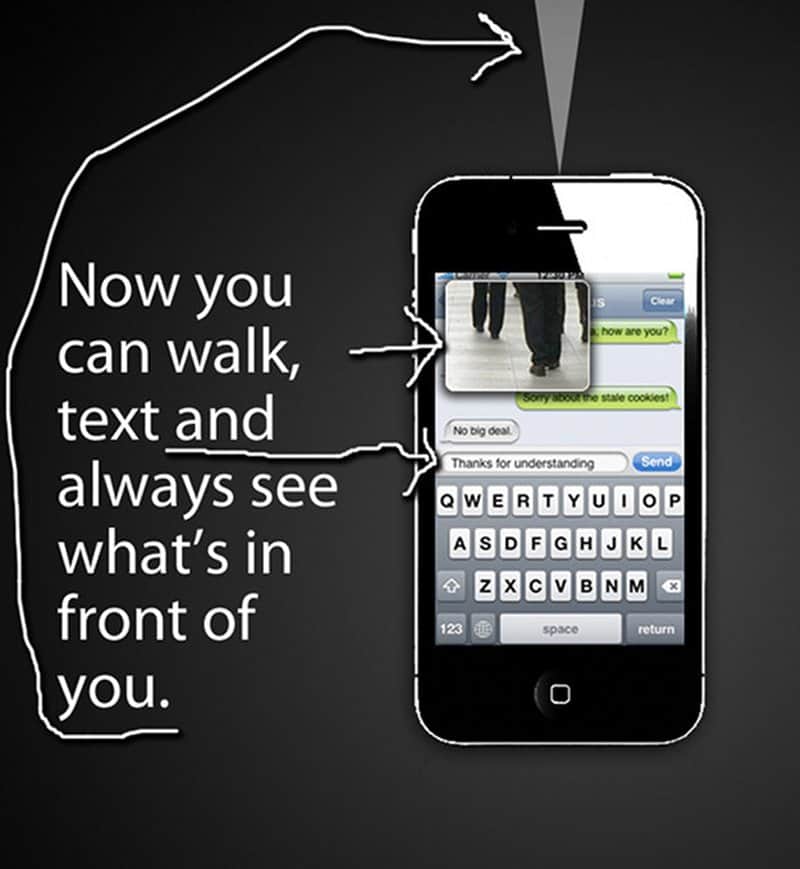 We certainly like this concept. Designed by Bryan Brunsell, he proposes a camera on top of the phone so while you’re walking and texting you can still see what is right ahead of you. Pretty ingenious, and we’re sure this could make the world a better and safer place! 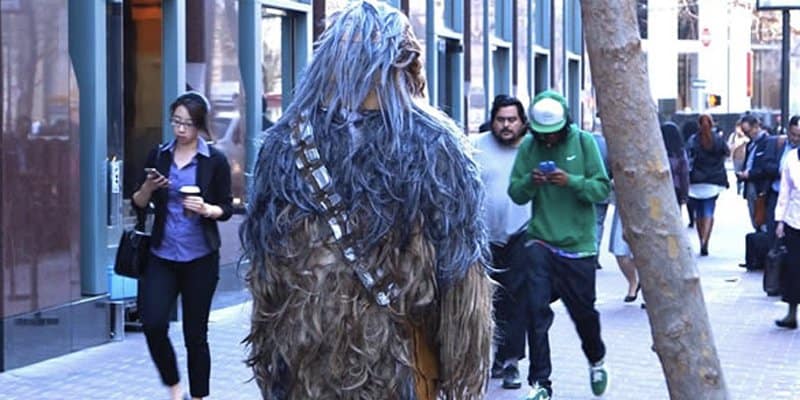 To prove this, there was a social experiment conducted where a person dressed up as Chewbacca and hung out in the streets of San Francisco during rush hour. Chewbacca tries to interrupt pedestrian staring at their phones, and later on when asked, many people on their smartphones hadn’t noticed Chewbacca at all!

This psychology effect is known as ‘inattentional blindness’, whereas you would not notice anything (yes, even a literal elephant in the room) because you are so focused on another thing. It would be a shame if Beyoncé came walking into you and you hardly notice it because you were too busy on your phone. 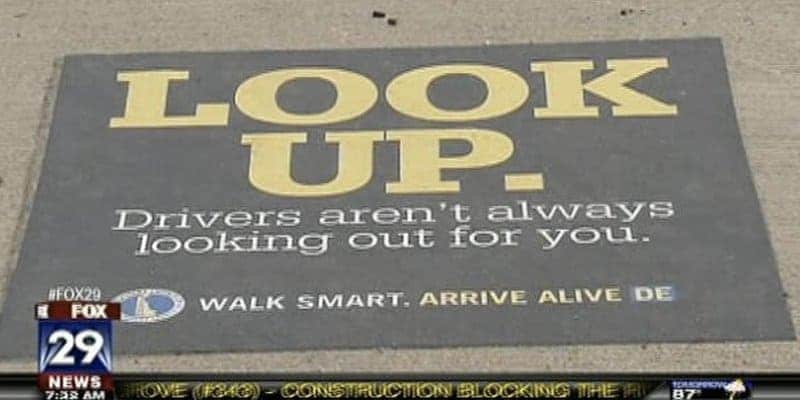 Delaware installs floor decals around the city, especially on their busiest intersections and crosswalks to remind people of this important message: ‘Look up. Drivers aren’t always looking out for you.’ 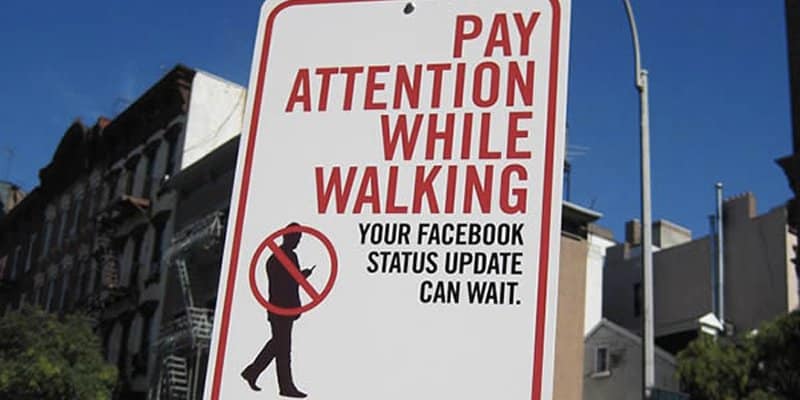 A certain street artist named Jay Shells started creating unofficial road signs to remind people simple things: ‘Pay Attention While Walking: Your Facebook Status Update Can Wait.’ It’s a good reminder to be aware of our surroundings, and more so when crossing the road. 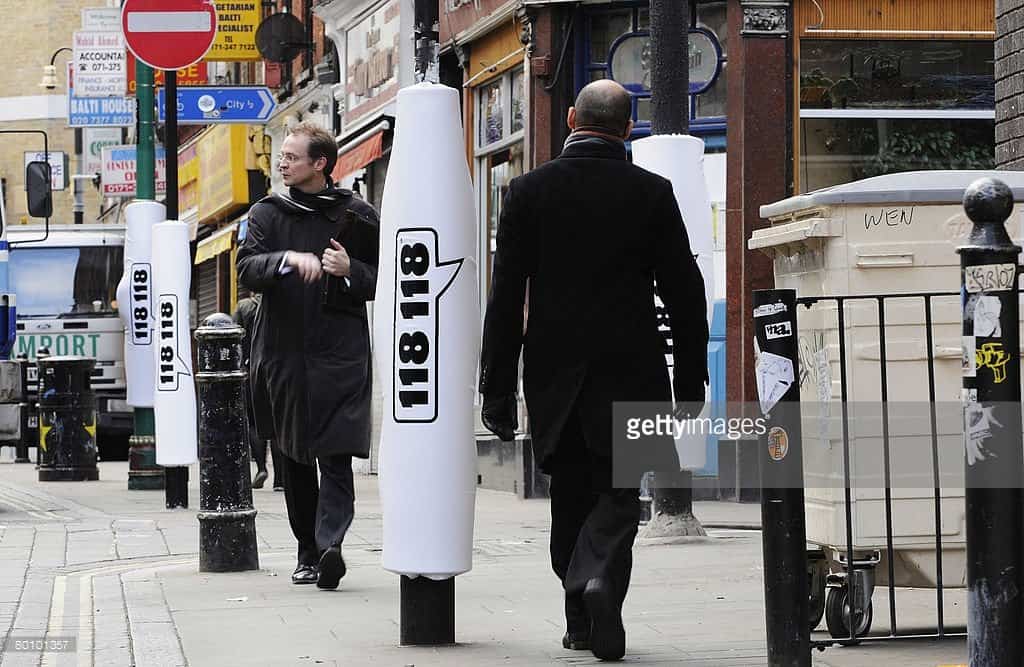 What do you mean I don’t have the right to text while I walk?!?!?! This is certainly a first world problem, and London has come up with a first world solution — by installing padded lamp posts to protect walkers who have a habit of bumping into them when on their phones. Brick Lane in London’s East End is said to have the highest incidents of injuries related to texting while walking. 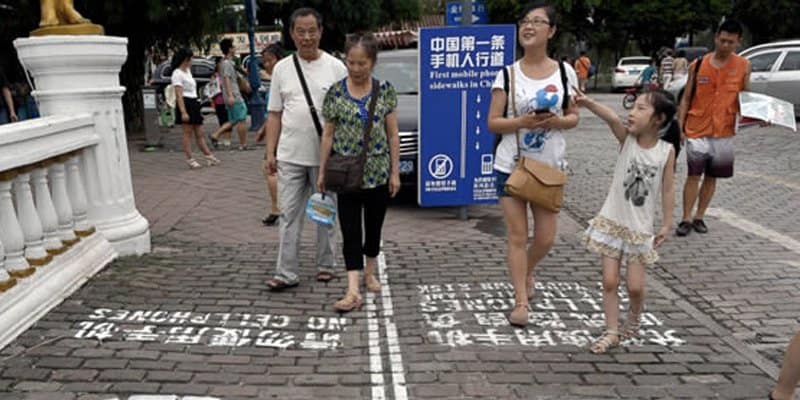 A city in China has created special lanes for so-called ‘smartphone addicts’ where they can focus on their phones without worrying about bumping into anyone (apart from fellow smartphone users too). Located in Chongqing, China, the city has warned pedestrians to use their phones ‘at their own risk. Hence they created the 165-foot pathway to segregate pedestrians for a safer, walkable environment.