Jennifer Lawrence is not only one of the most sought after actresses in Hollywood right now, but she also happens to be a gorgeous, porcelain-skinned, super foxy twentysomething who has no fear of showing off her rocking’ body to the whole world. Within the few years she has been in the public eye, she has never disappointed when it comes to her fashion sensibility. Whether its sophisticated, glamorous, or ultra-revealing, JLaw always shows up to the red carpet looking like a million dollars. Here are some of her sexiest looks. 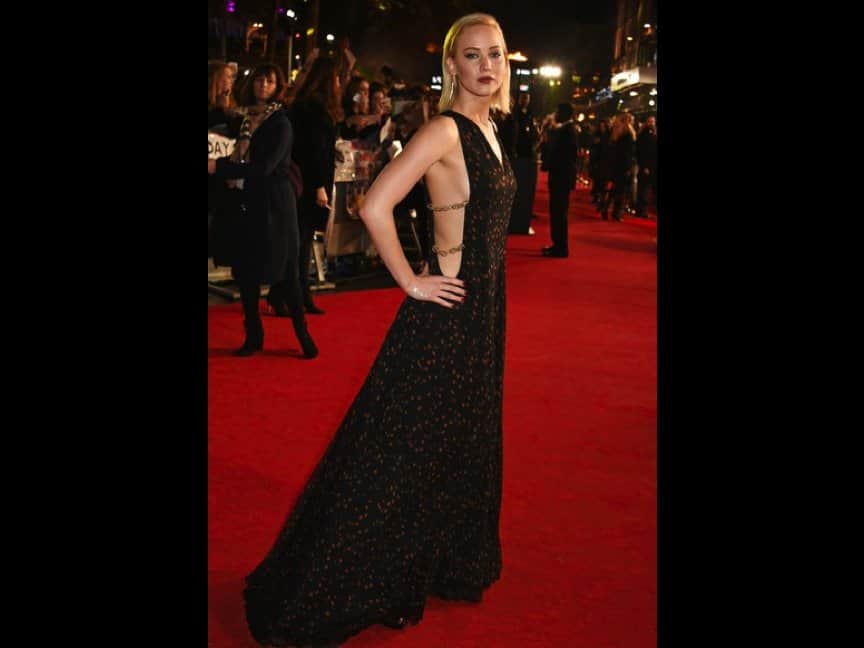 While attending the UK premier of The Hunger Games: Mockingjay Part 2 at Odeon Leicester Square, Lawrence wowed in this printed, side-boob baring gown. 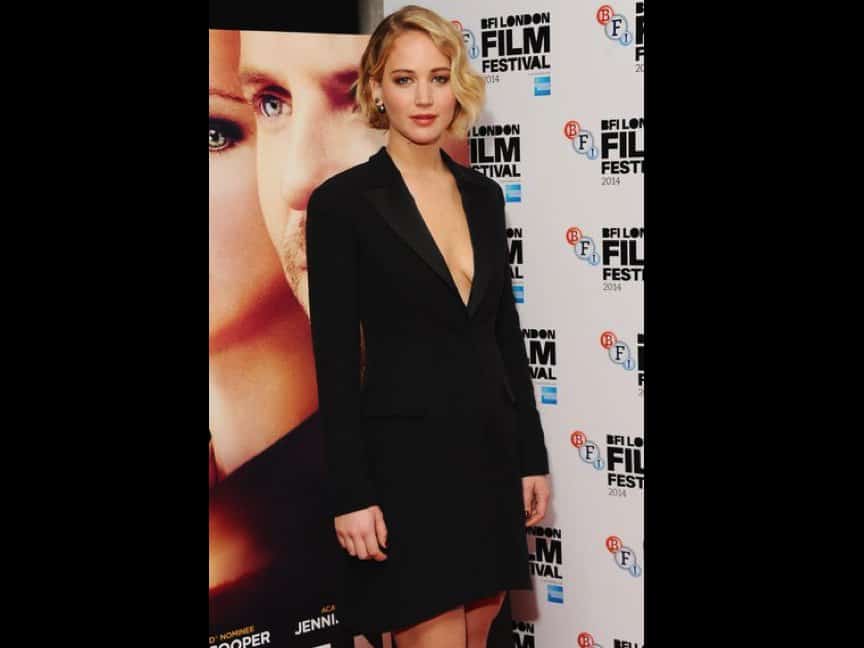 For the premiere of indie period-drama Serena at the 58th BFI London Film Festival in 2014, JLaw donned this sexy twist on the little black dress with a sharp lapel an a plunging neckline. 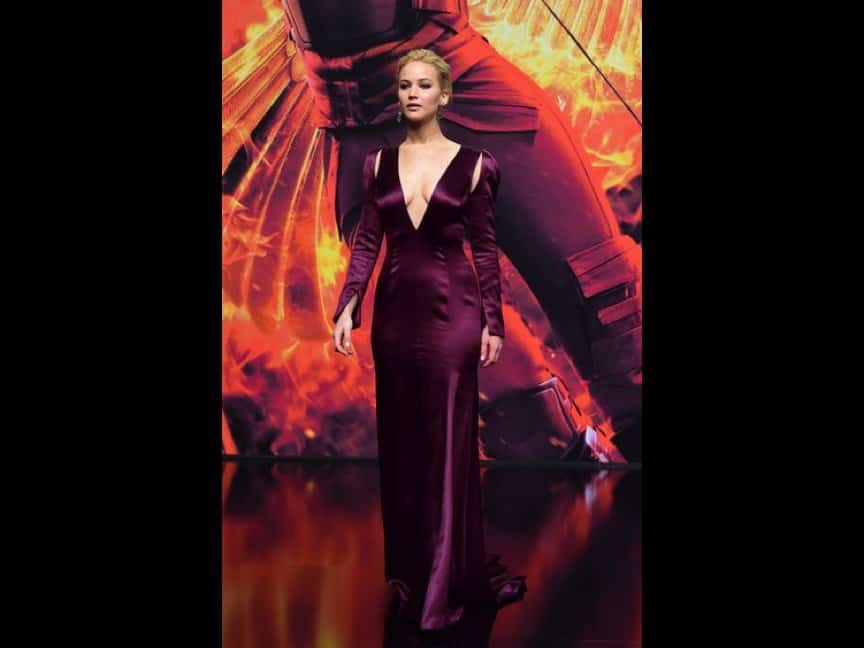 For the premiere of The Hunger Games: Mockingjay Part 2 in Berlin, Germany, the twenty-five year-old sexed it up with this luxurious burgundy satin gown from Dior. 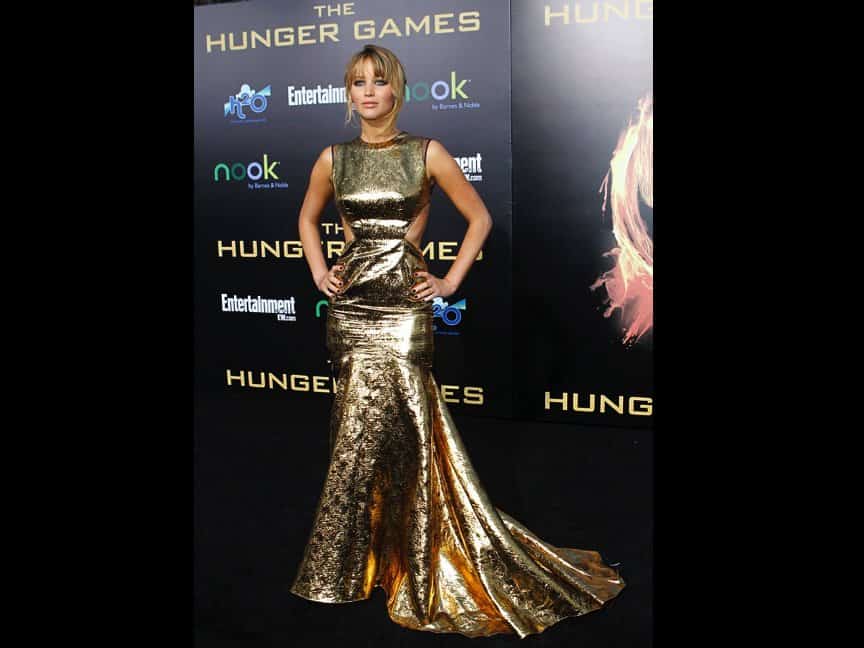 Lawrence wore this stunning gold Prabal Gurung gown with sexy side cut-outs to the premier of the first Hunger Games film in Los Angles in 2012. 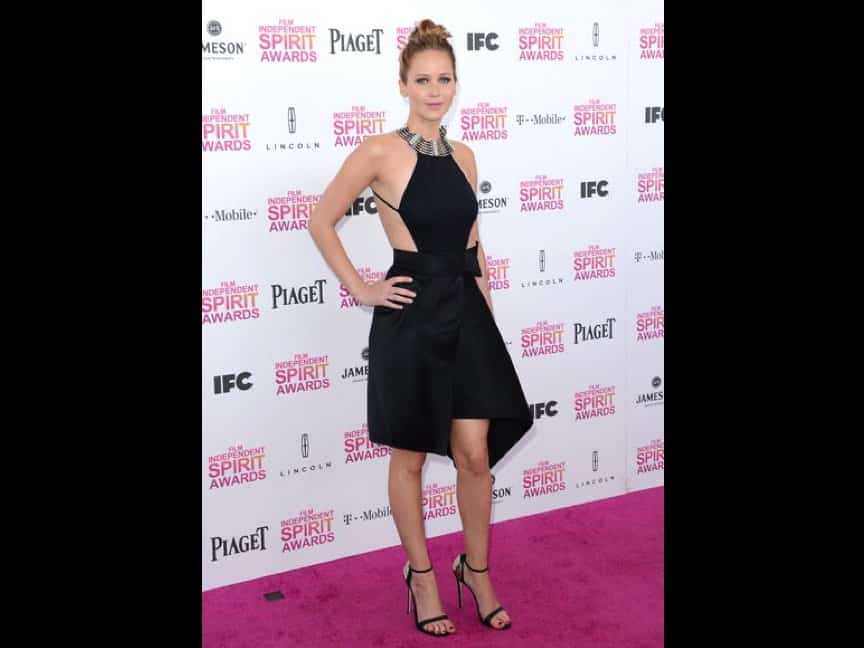 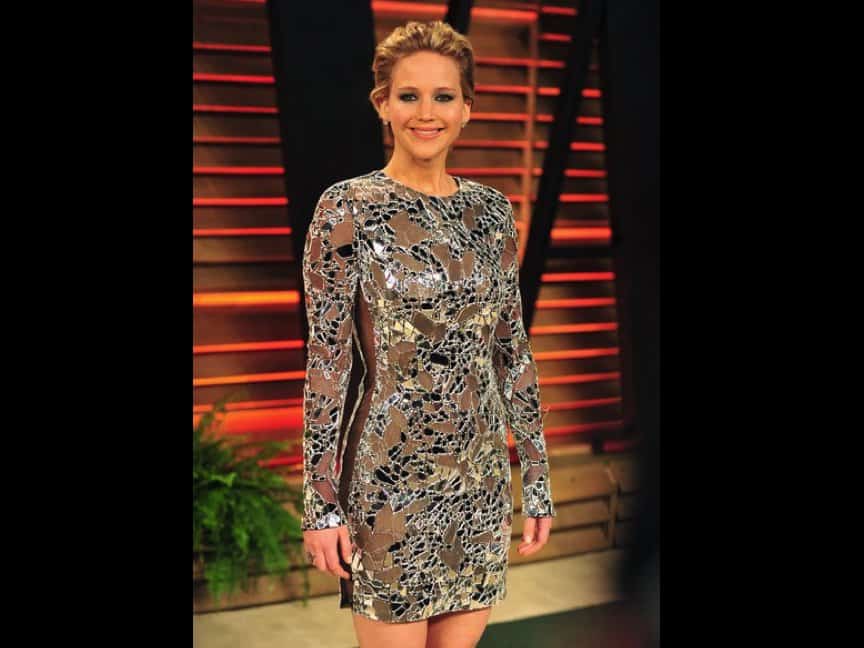 Coming off of another critically-acclaimed Oscar-nominated performance, Lawrence glows in this awesome mirrored mini dress at the 2014 Vanity Fair Oscar Party.

A Wonder in White 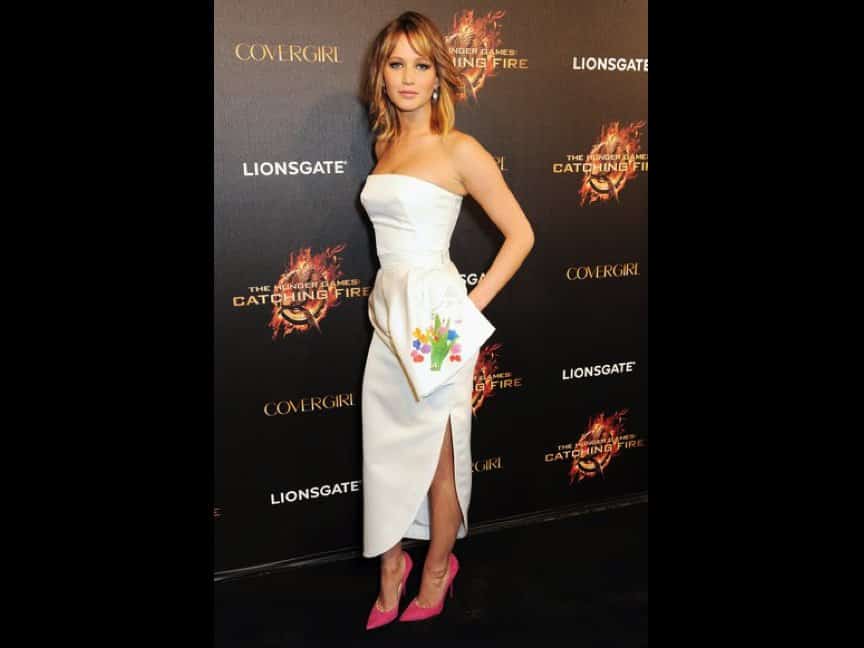 Attending a party for The Hunger Games: Catching Fire at Baoli Beach in Cannes, France, JLaw stuns in this simple but sleek white dress with pocket details. 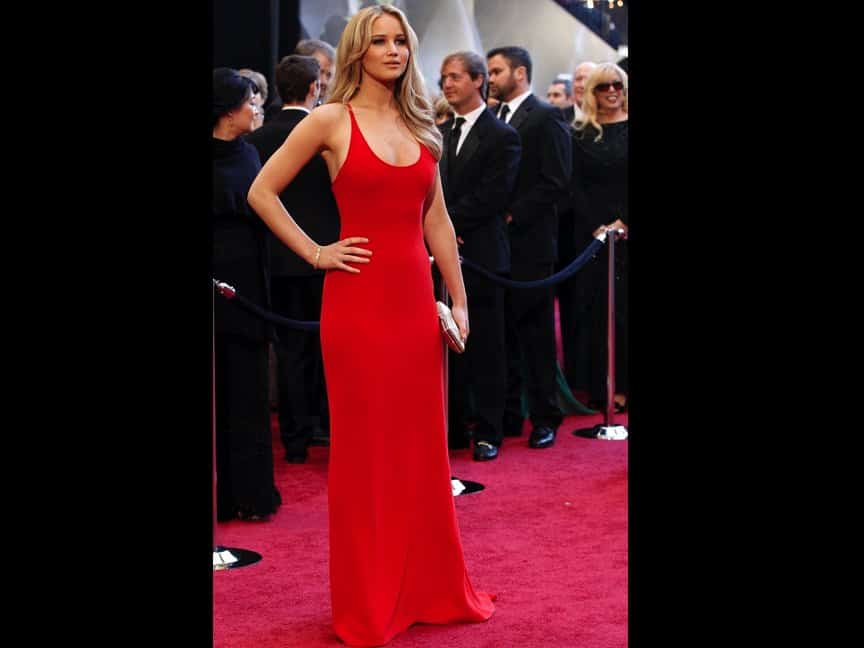 Perhaps one her most famous and most memorable looks to date, Lawrence wore this beautiful Calvin Klein gown to attend the 2011 Oscars for her very first Best Actress nomination. 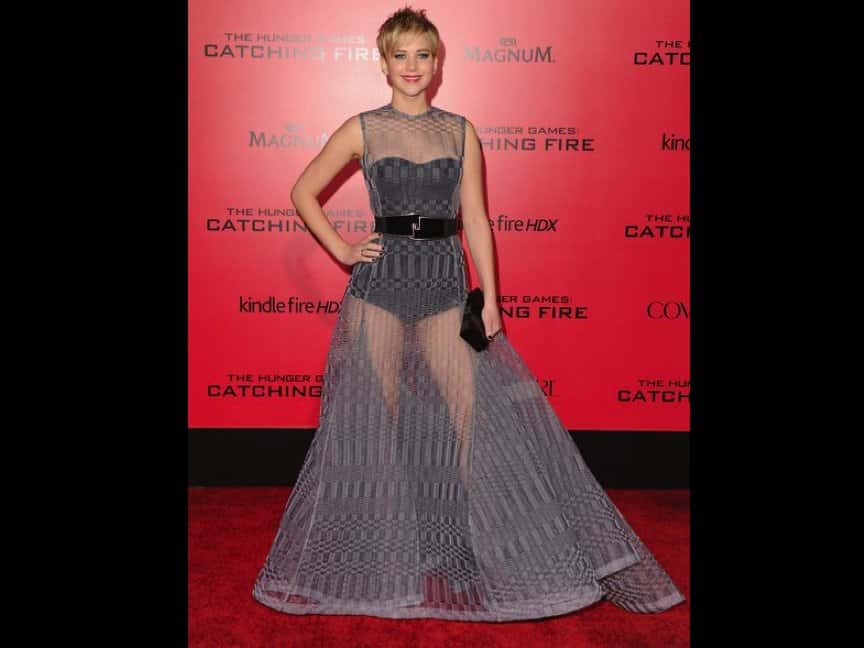 While most eyes were on her short new do at the LA premiere of The Hunger Games: Catching Fire, JLaw showed off her sexy long legs in this sheer, gunmetal gown. 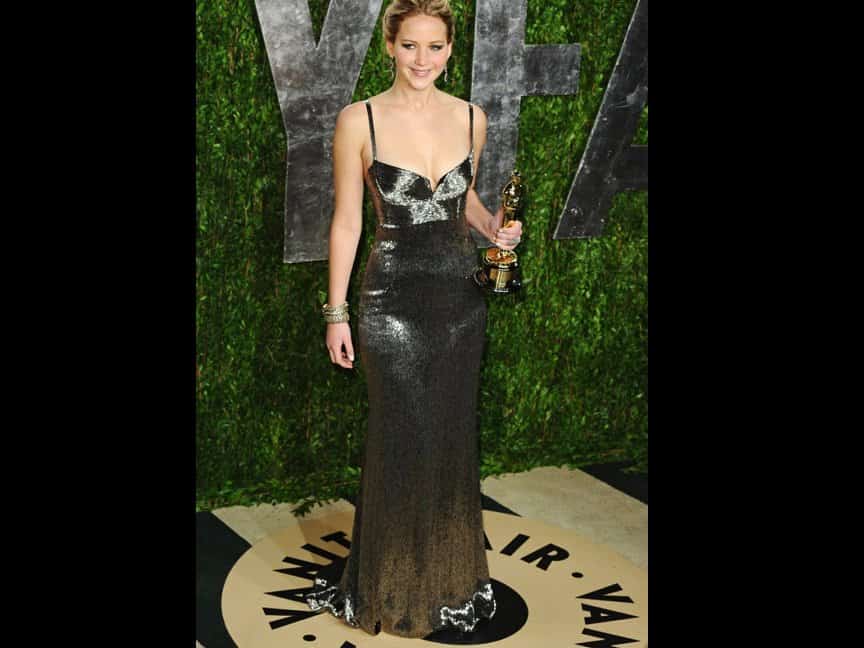 Beaming after winning the Academy Award for The Silver Linings Playbook, Lawrence shimmers in this silver Dior gown that she wore to the 2013 Vanity Fair Oscar Party.