Halloween may be months away, but that doesn’t mean you can’t start preparing for the epic holiday a tad bit early. Of course, everyone has a different version of preparing for the spooky day, and some people take things a step further by walking through some of the most haunted attractions on the entire planet. Millions of people pay to be scared on an annual basis, so it makes sense that a business would want to improve upon what they offered last year and make things even more terrifying. Here are ten extreme attractions that’ll haunt your dreams. 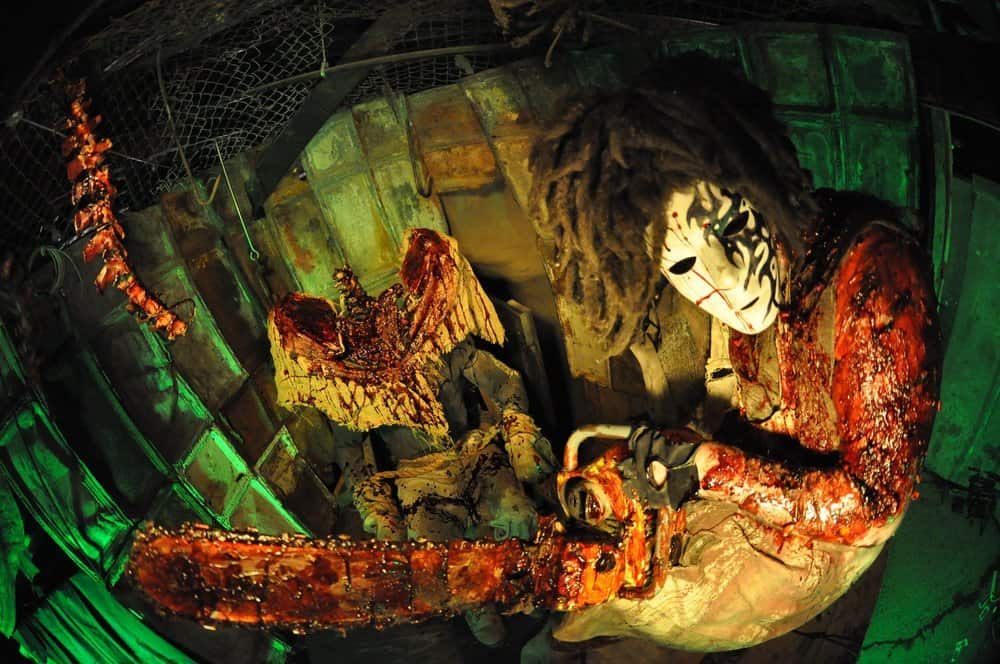 The Haunted Hoochie at Dead Acres, of Pataskala, Ohio, broke records when it first introduced their haunted hayrides. They use deadly scare tactics to ensure the guests are freaked out. Some people get spooked by a “psycho” touching them with a chainless chainsaw. 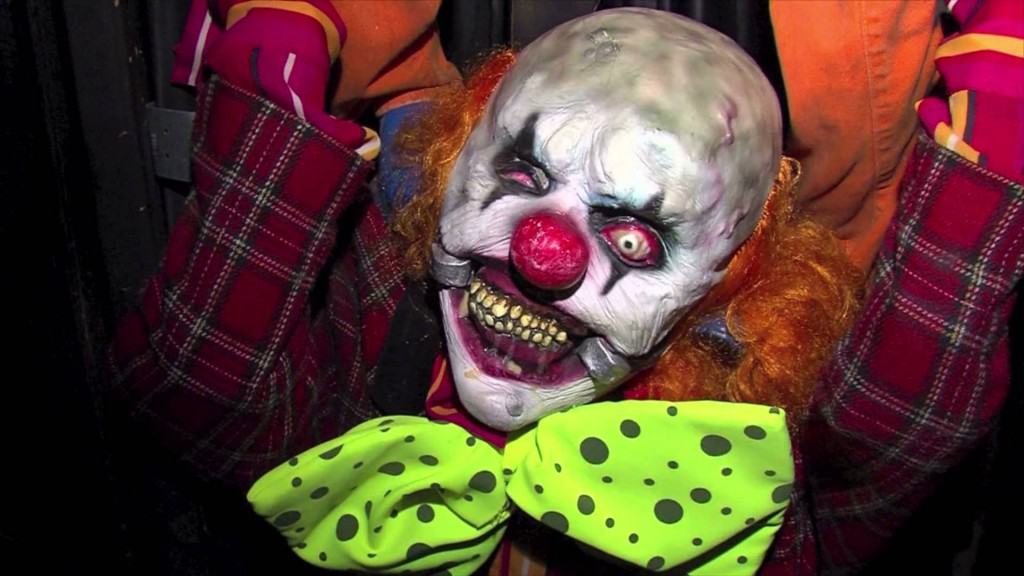 Cutting Edge, located in Fort Worth, Texas, won the 2009 award for the largest haunted house by the Guinness Book of World Records. There are numerous rooms in the house that have a Saw theme, where the only bit of light comes from a glow stick. 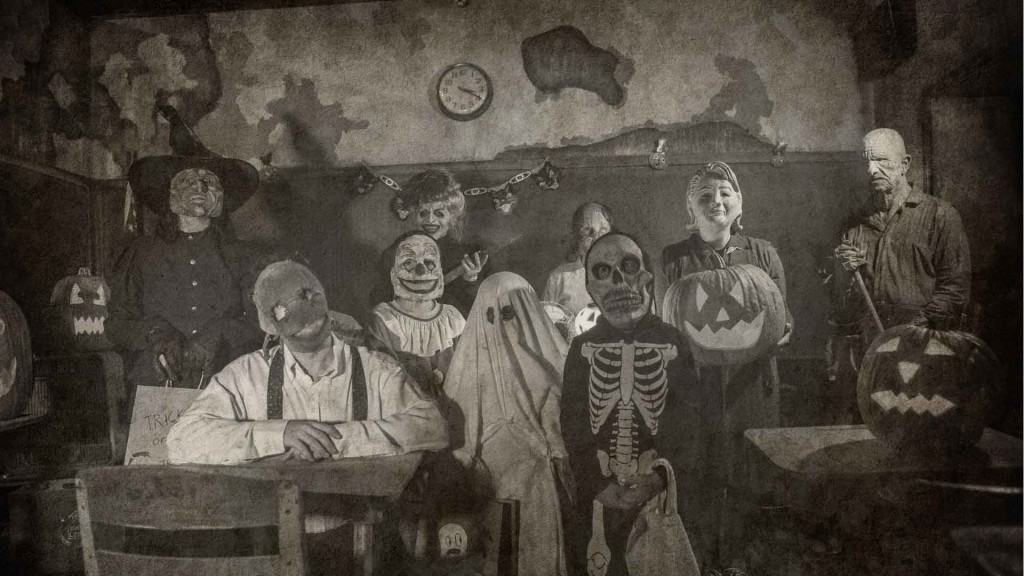 The Dent Schoolhouse was voted the most terrifying haunted house in Cincinnati. The location is a real abandoned school, which opened back in 1894. Dozens of students went missing there since it opened. Today, the terrifying attraction has undead children walking through the halls and chainsaw wielding crazies. 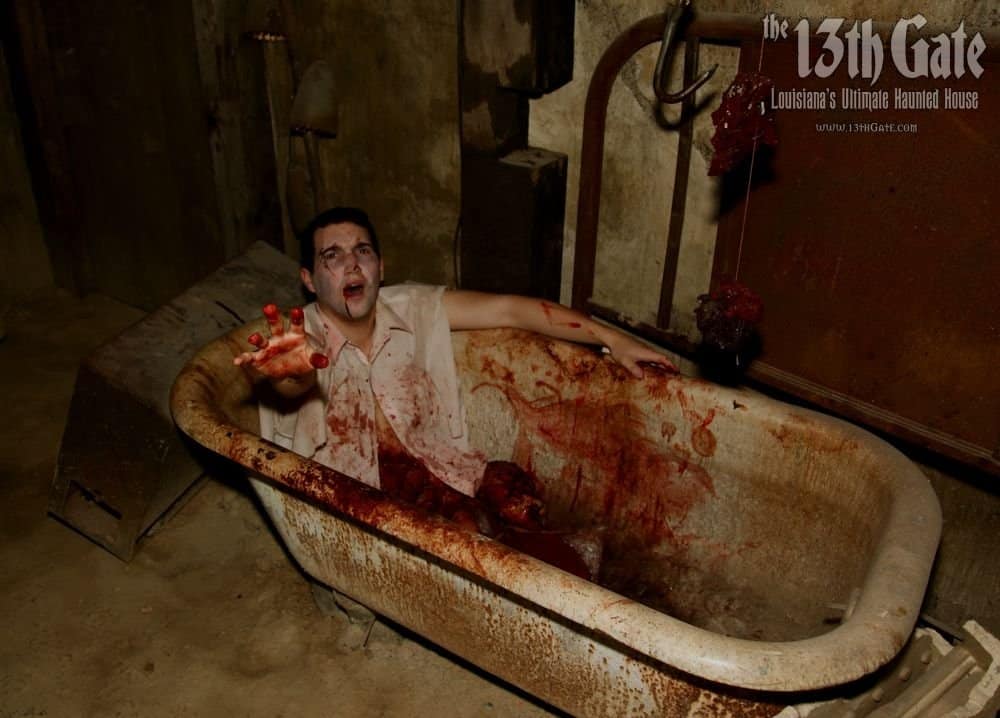 The 13th Gate, of Baton Rouge, Louisiana, focuses on voodoo legend and graves, which are what the area is known for. There are over 50,000 guests every single year, all of which become terrified by the witches and hanging men. 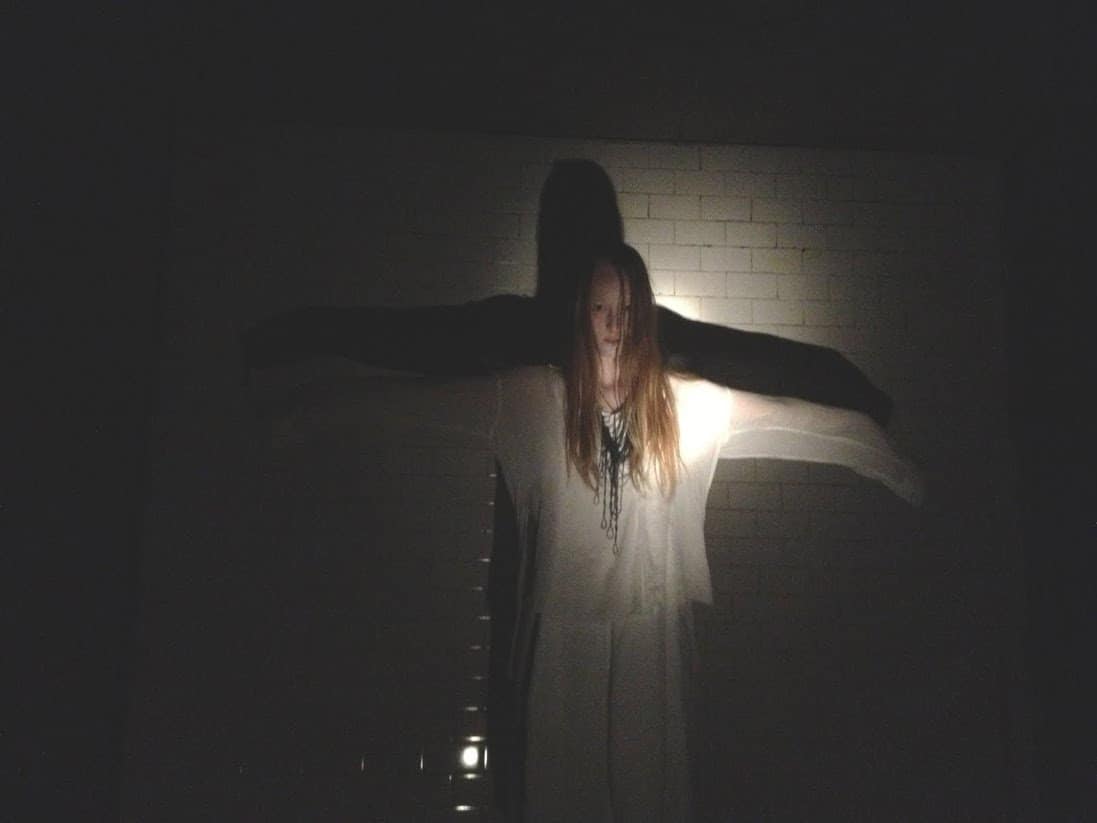 Alone: An Existential Haunting is based in Los Angeles, and the location is not disclosed to those participating until the day before the doors open. Guests are met within an abandoned alley by cult actors, who then “kidnap” the patrons. Guests are touched, have “intimate” encounters, and are absolutely scared to death. 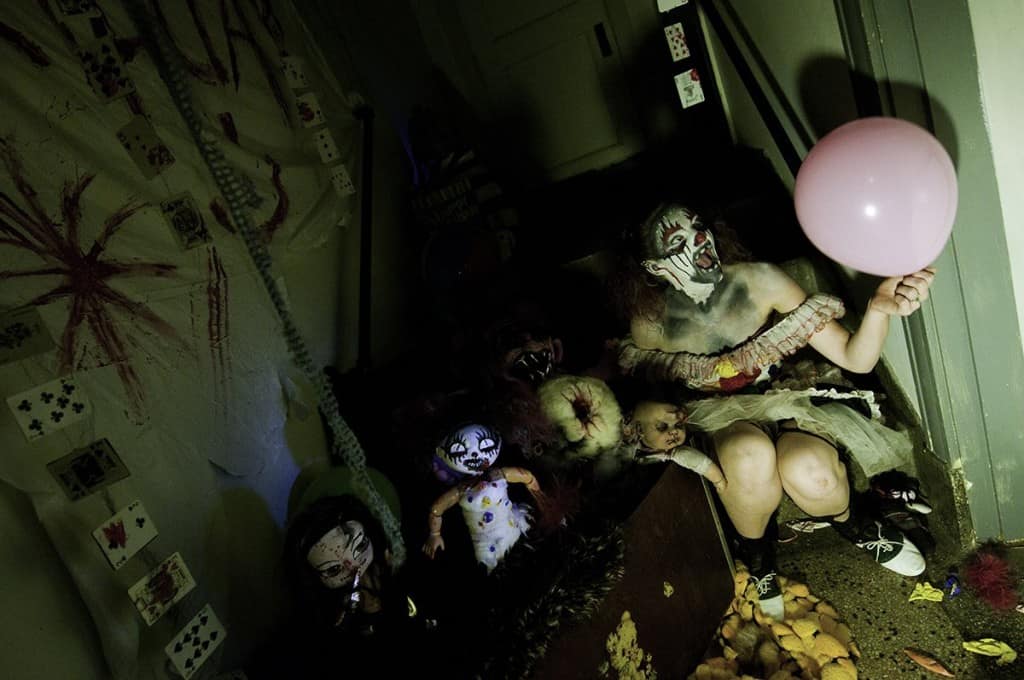 ScareHouse: The Basement is an adults-only attraction that features over 120 staff working to thrill and scare everyone who enters. Patrons must endure psychological tests that bring about a lot of common fears, including dolls. 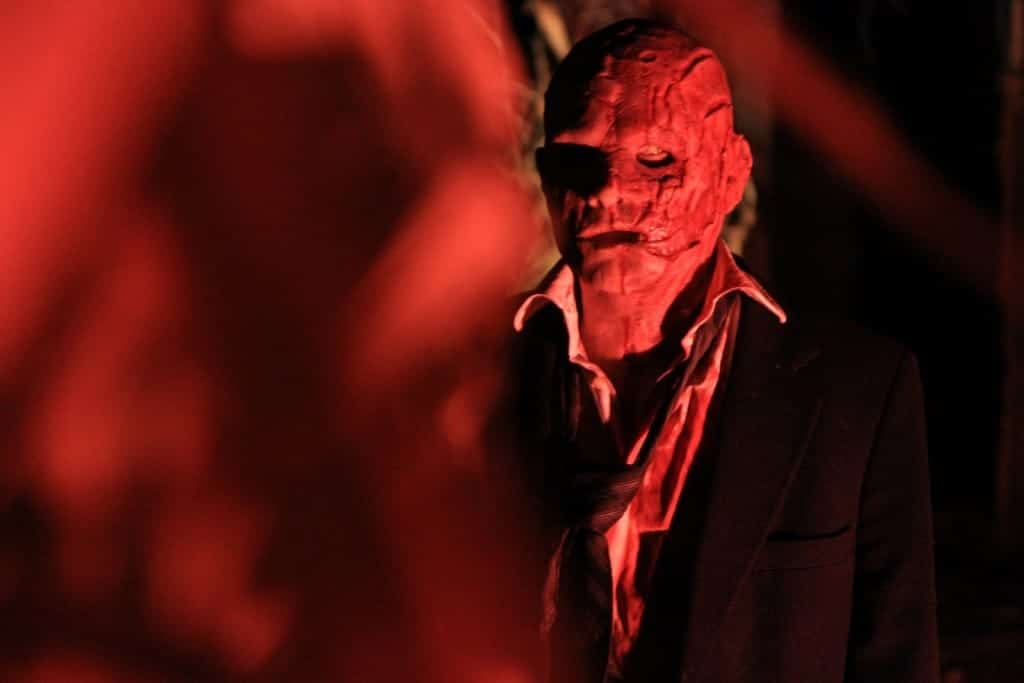 The Cult/The Ghoullog requires everyone entering to be over the age of 18, and is an extreme haunting. People are forced into various rooms, including faux medical procedures and worse. Live cockroaches are tossed onto patrons, and the pitch-black corridors are wandered by terrifyingly good actors. 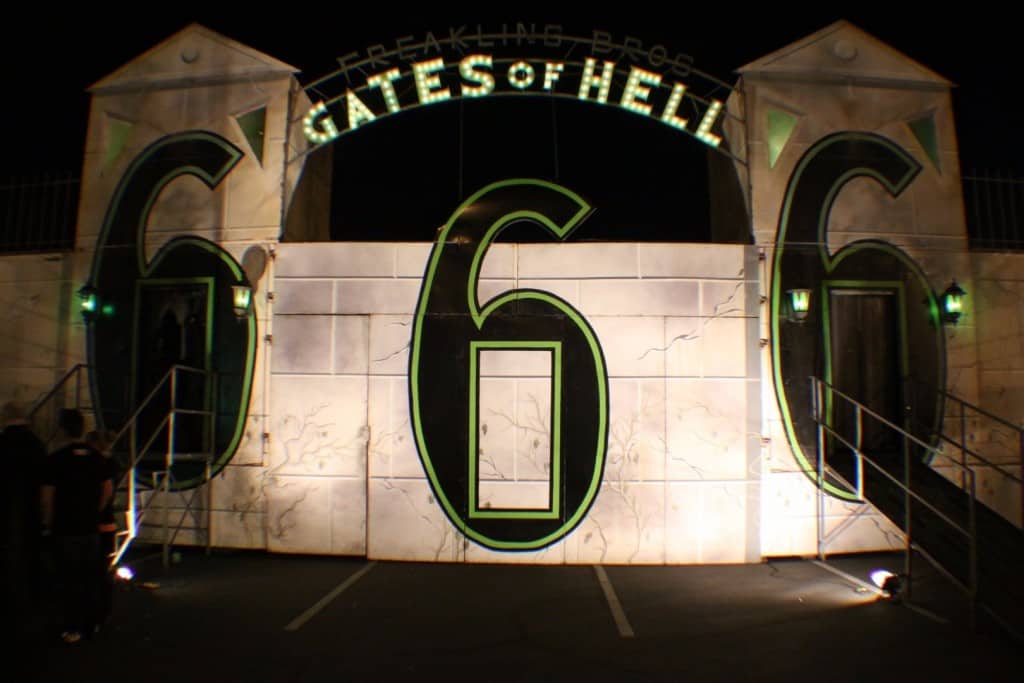 The Freakling Brothers have two different attractions, one of which is for the average thrill seeker, the other is worthy of the Gates of Hell. The “Victim Experience” is a haunting ride that pushes guests through various levels of how people may die in different scenarios. 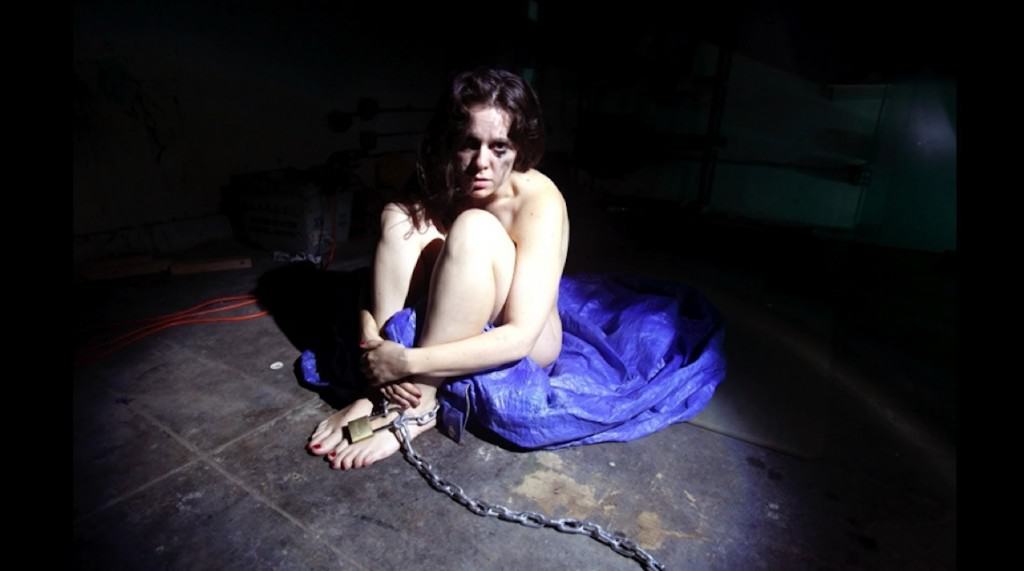 The Blackout Haunted House features two locations: one in Los Angeles and the other in New York. Patrons must sign a waiver and be over the age of 18 in order to participate. The first part of the haunting features guests running through a pitch black hallway. The second part features nudity, of both the actors and the patrons, plus plenty of nightmares. 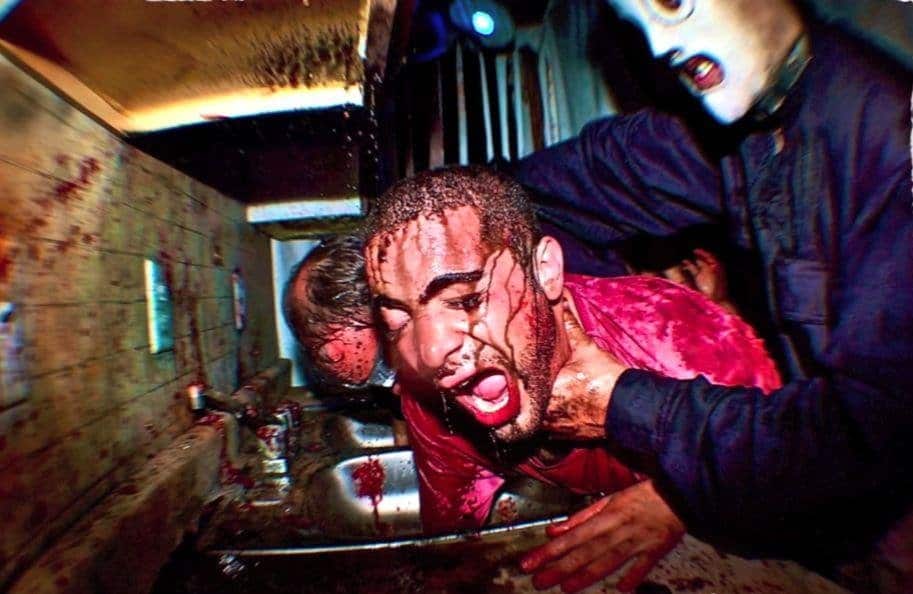 The McKamey Manor is a top-of-the-line haunted house located in San Diego, California. Run by ex-Navy Seal Russ McKamey, the extreme haunt has a waiting list of over 24,000 people, all of which must be over 21 and in decent health. Russ chooses them beforehand personally. There are pits of real snakes, spiders, bugs, kidnappings, extreme shock, hypothermia, and sometimes worse.