Are you bored of following people on Twitter? It is totally justifiable. Most people have very little interesting things to say, and the added pressure of being active on a social media site is really taking its toll on the overall quality of opinions. Fortunately, the internet always manages to come up with a solution just when you think things are getting bleak. Here is a list of 10 hilarious, sometimes cool, sometimes mundane objects you can now follow on Twitter. 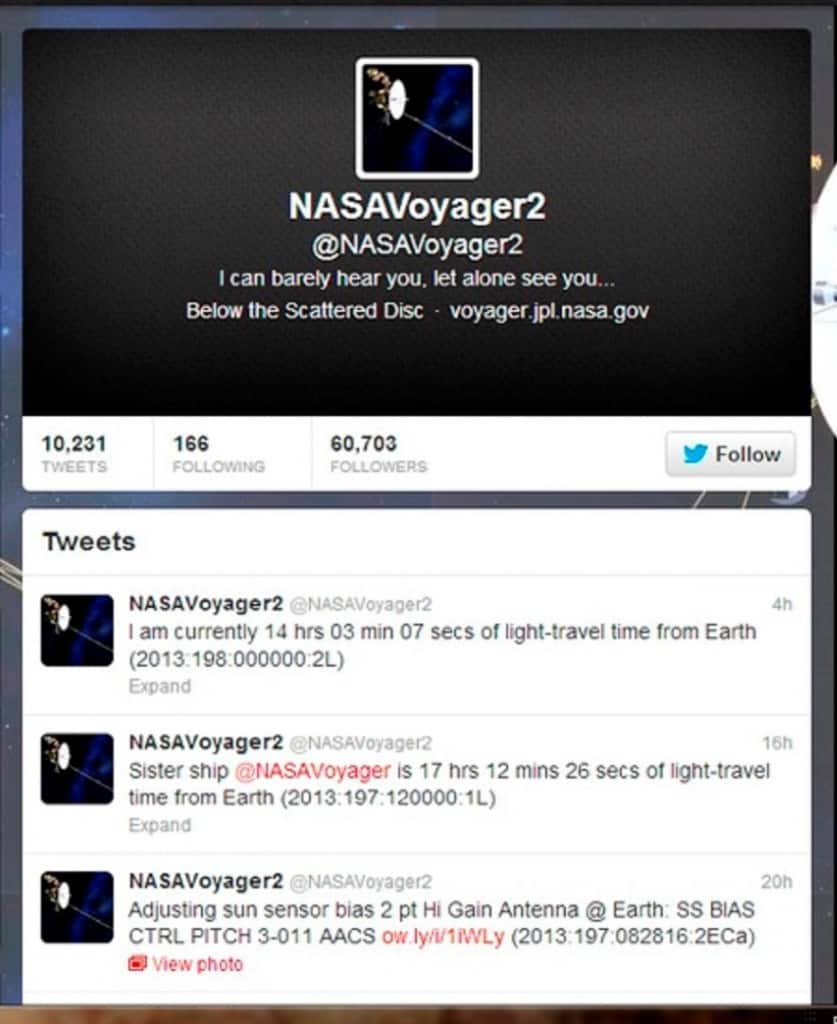 Why wouldn’t you want to follow the Nasa Voyager? It is always high, moving really fast and it tells you some things that can blow your mind, pretty much everything you look for in a best friend. 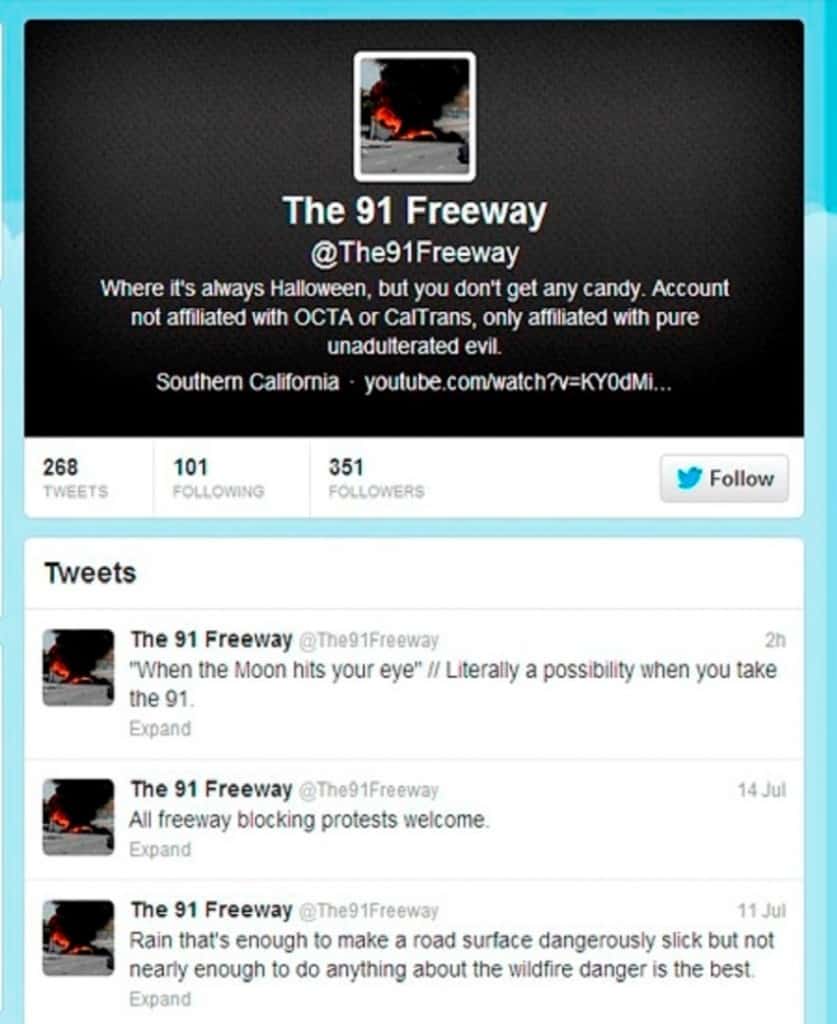 The 91 Freeway is undoubtedly the coolest freeway around. If you are following any other freeway on Twitter, you clearly have no idea what’s happening in the world. 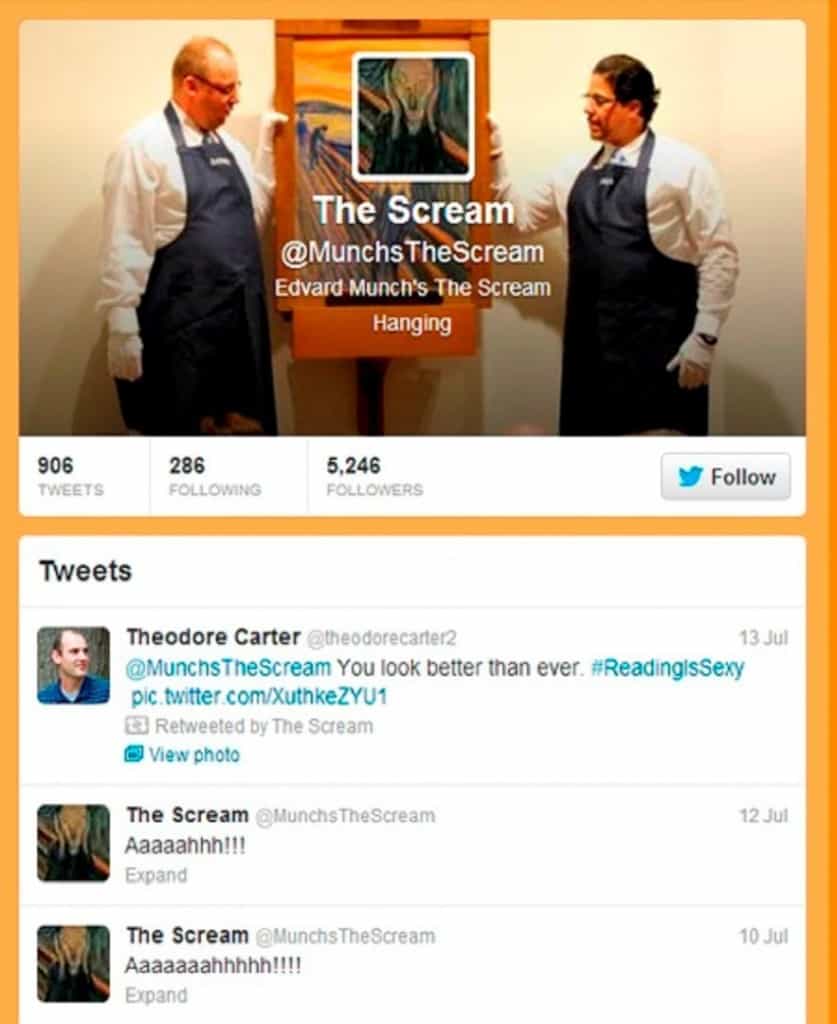 This piece of art is equal parts beautiful and haunting. If any piece of art deserved to get a million followers first, it has to be this one. 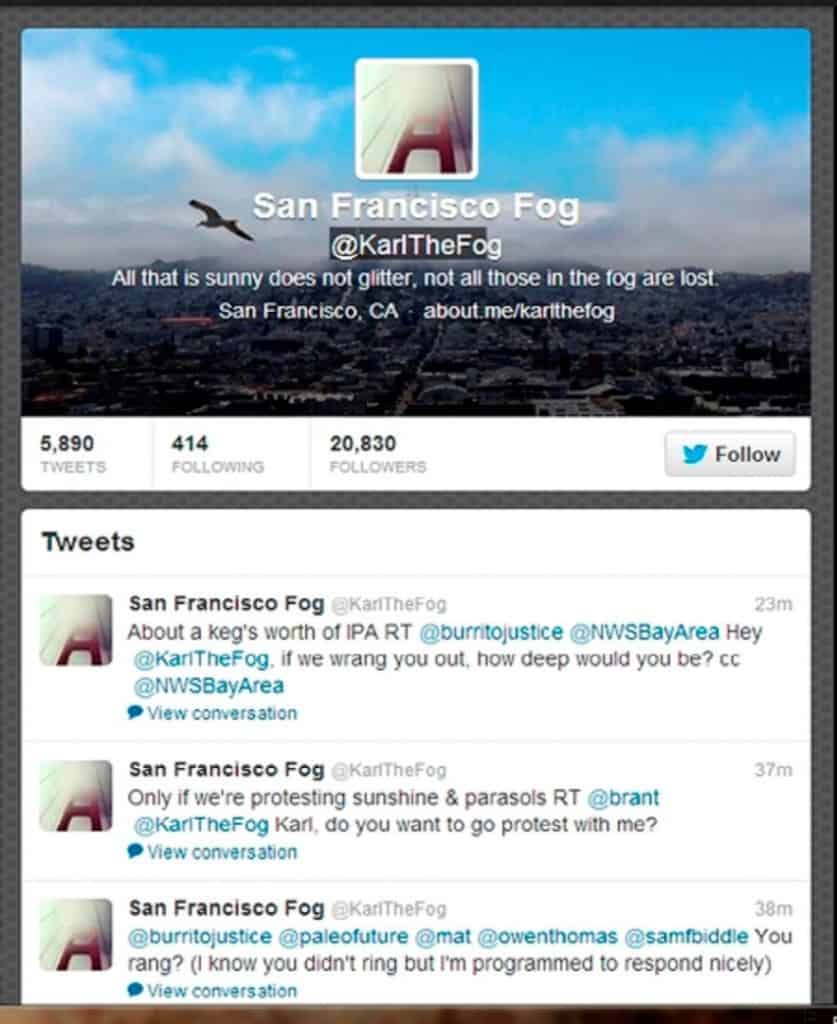 This Twitter account has probably one of the deepest descriptions you will find for an inanimate object – “All that is sunny does not glitter, not all those in the fog are lost”. Wow man, I mean, just wow. 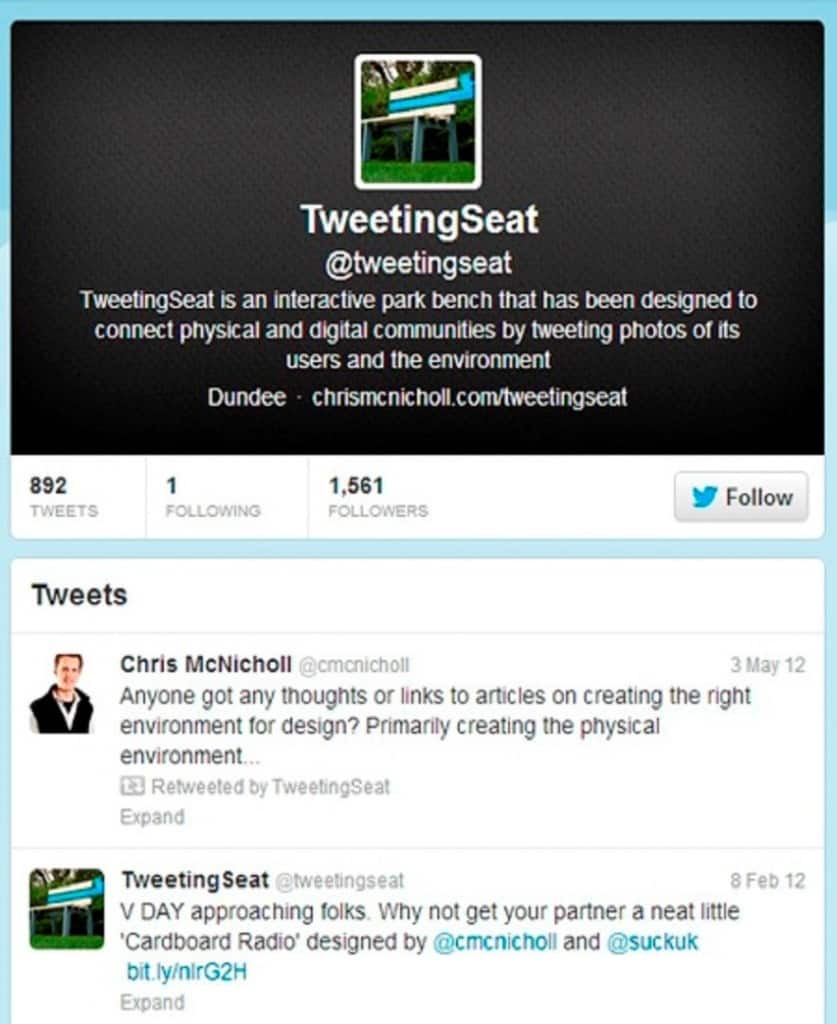 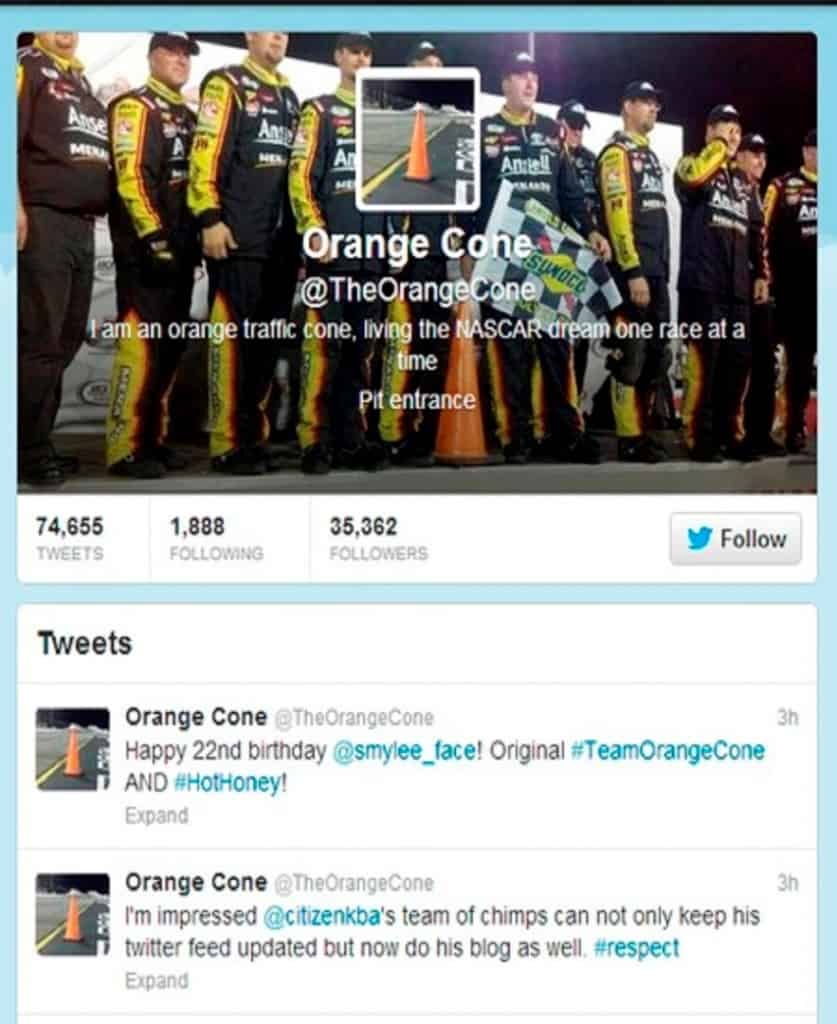 You might have seen this cone all over the place. It distracted you like crazy when you were taking a driving test, it was at the mall that one day when you were baked, and it is responsible for keeping all those useless Nascar folks safe. It is a true national hero. 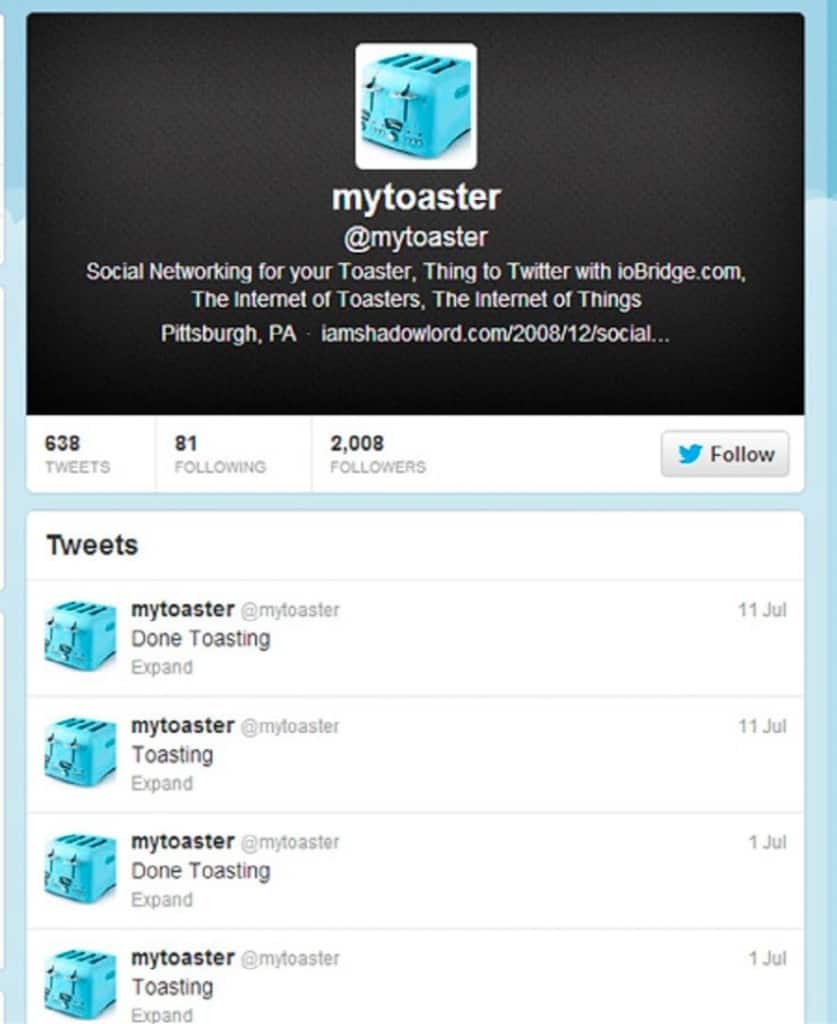 A toaster is something that unites us all. It is a symbol of the free world, of modernization, of enjoying a healthy breakfast. It is obvious you need to be following this page. 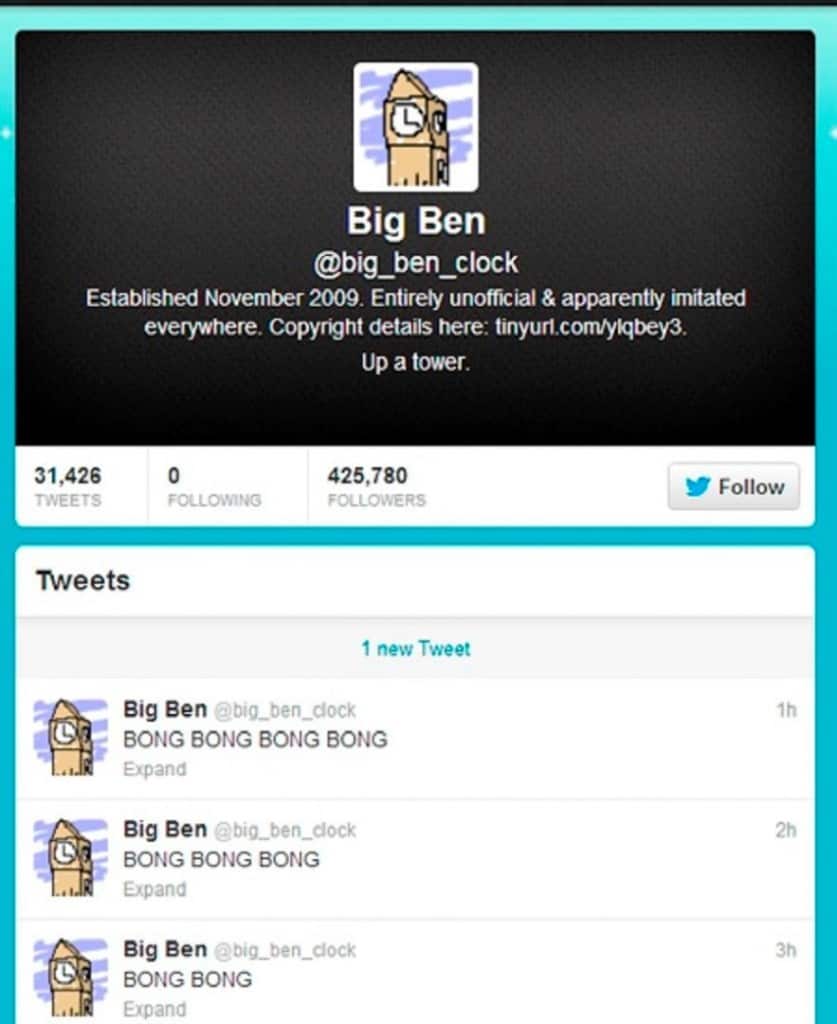 There was a time that everyone could not afford watches, and smartphones were not invented just yet. In this simpler time, it was almost impossible to tell time, until you tilted your head slightly upwards and looked at Big Ben. God bless you Big Ben. 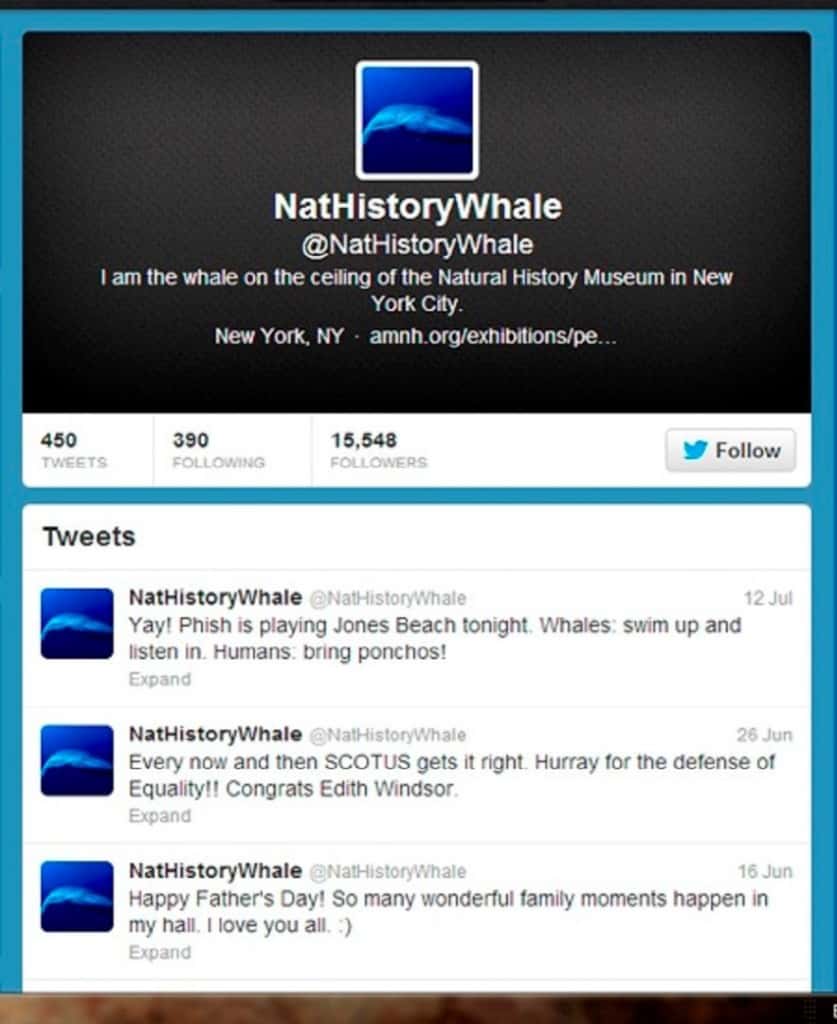 Have you ever been to the Natural History Museum in New York? If you haven’t and you want your friends to think you are smart, follow this whale who is featured on the ceiling in that building. 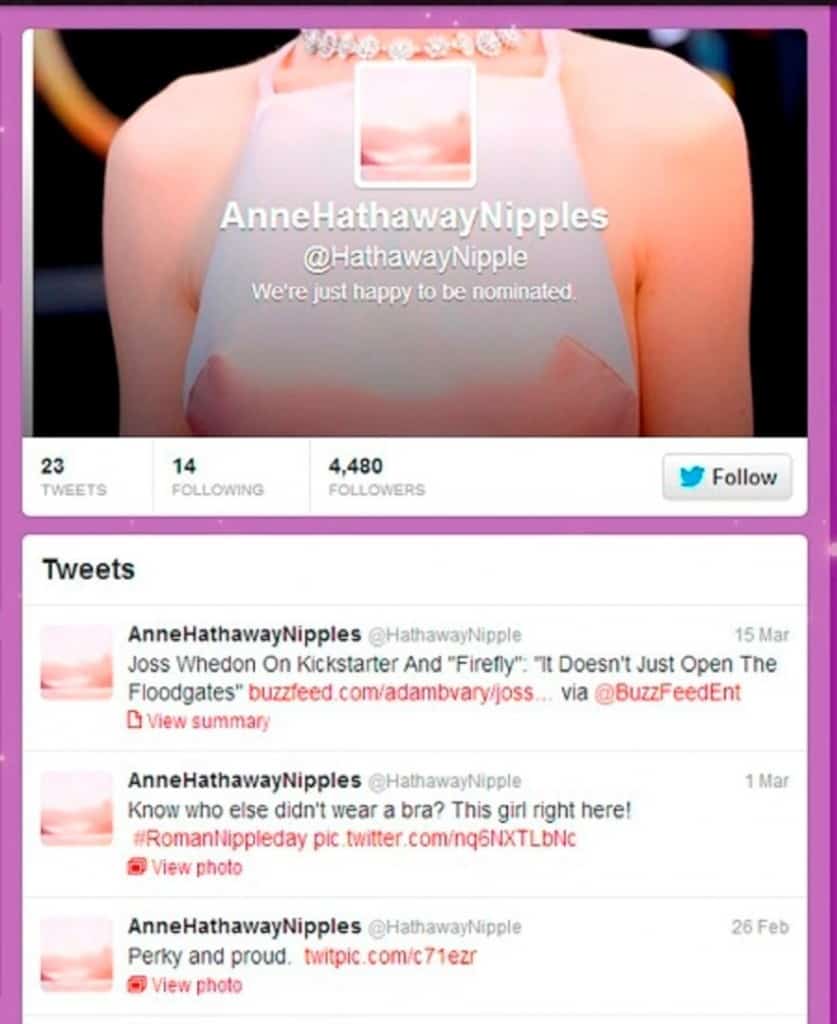 Sure, you have seen these bad boys all over the place, but did you ever take a minute to just stop, and hear what they have to say? I’m sure you haven’t, which is why Twitter is giving you a chance to make things right once and for all.