10 Hilarious And Bizarre Stories At KFC

Kentucky Fried Chicken is one of the most popular fast food chains in the world. Instead of the traditional burgers, KFC specializes in fried chicken with a special, secret ingredient that is beloved by many customers. There are nearly 20,000 restaurants in 120 countries. As expected with so many places, there have been a handful of interesting stories that have happened in their locations. Here are some of the most bizarre stories that involves the KFC food chain. 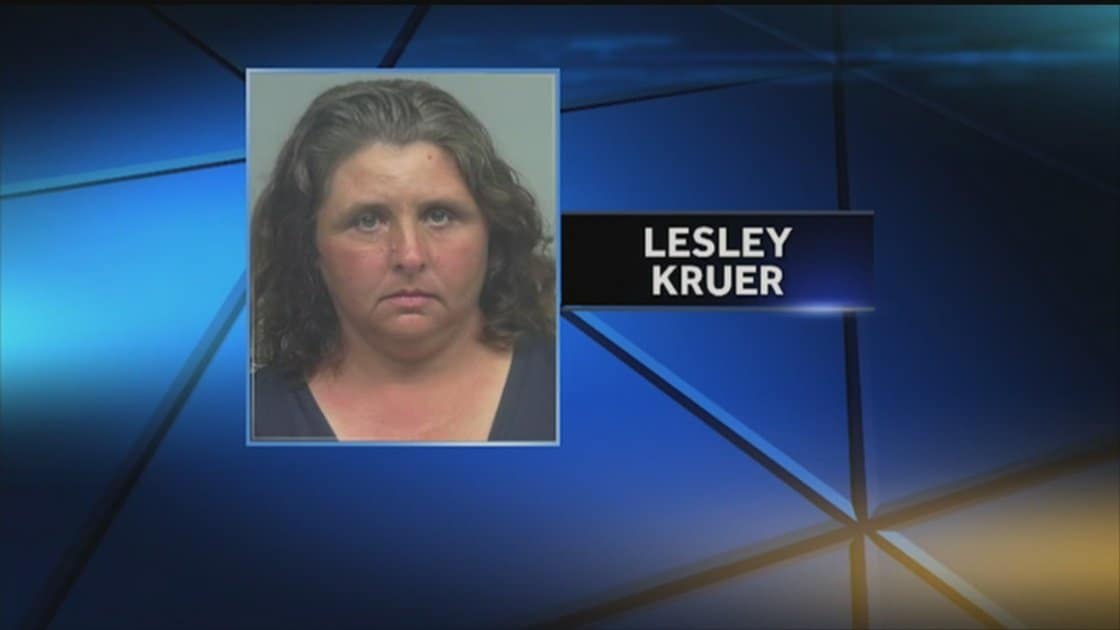 Lesley Kruer was able to successfully milk $250,000 over a span of 10 years and fled the restaurant. Ultimately, they worked at the same KFC for 27 years. She was eventually caught and the family that owned the restaurant couldn’t believe she stole from them. 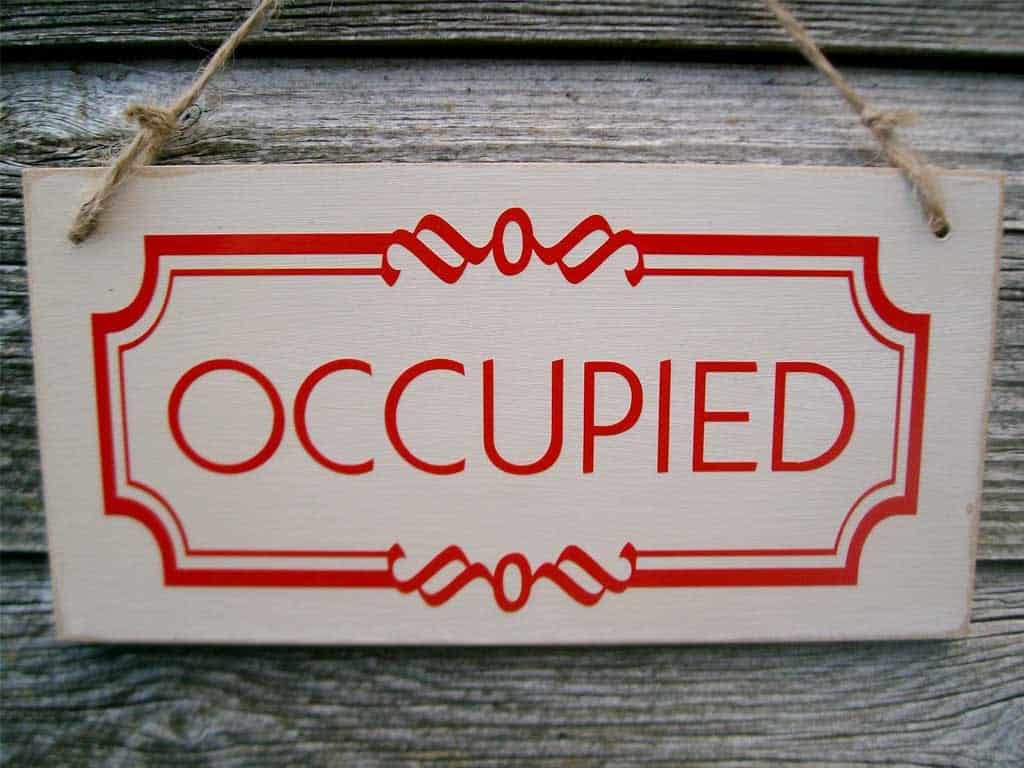 A 50-year-old man ordered a chicken bucket, took some napkins, and went into the bathroom. He was making loud banging noises, and a nearby customer looked into the bathroom and saw him pleasuring himself with chicken skin and a bottle of Crisco.

England Bans Anyone Under 18 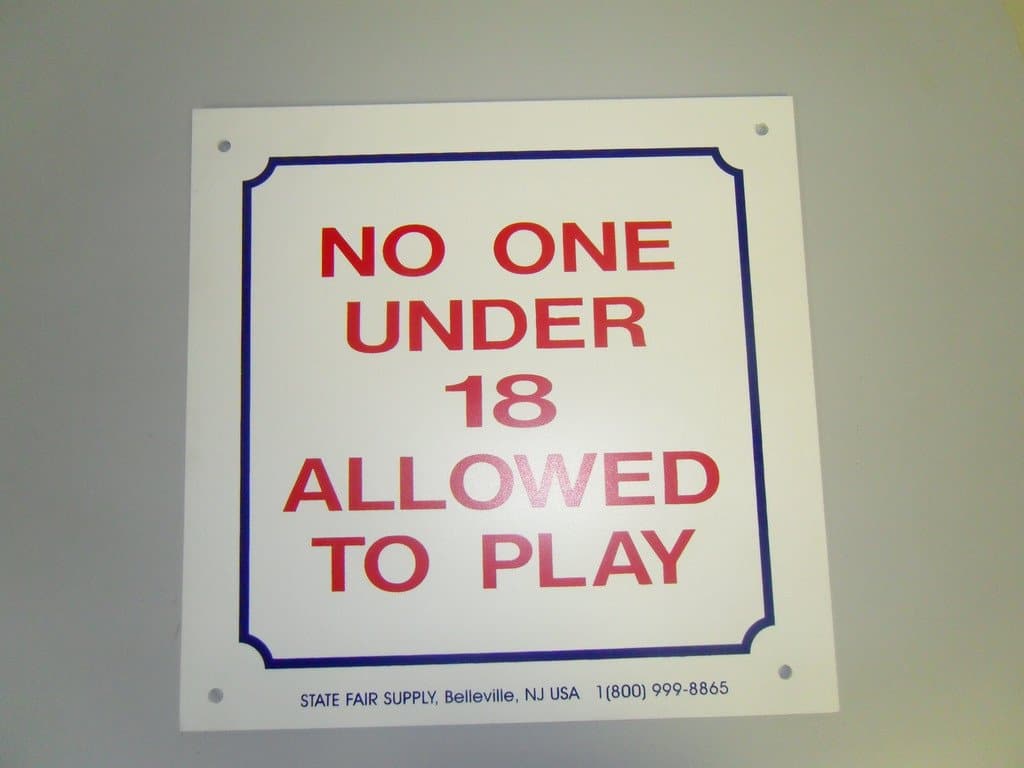 In a joint effort with McDonald’s, KFC banned any minors from eating at their stores in England. The reason was due to numerous violent brawls among kids that led to arrests. They can only enter if they are with an adult or getting their food to go.

Employee Refuses To Give Money, Gets Shot 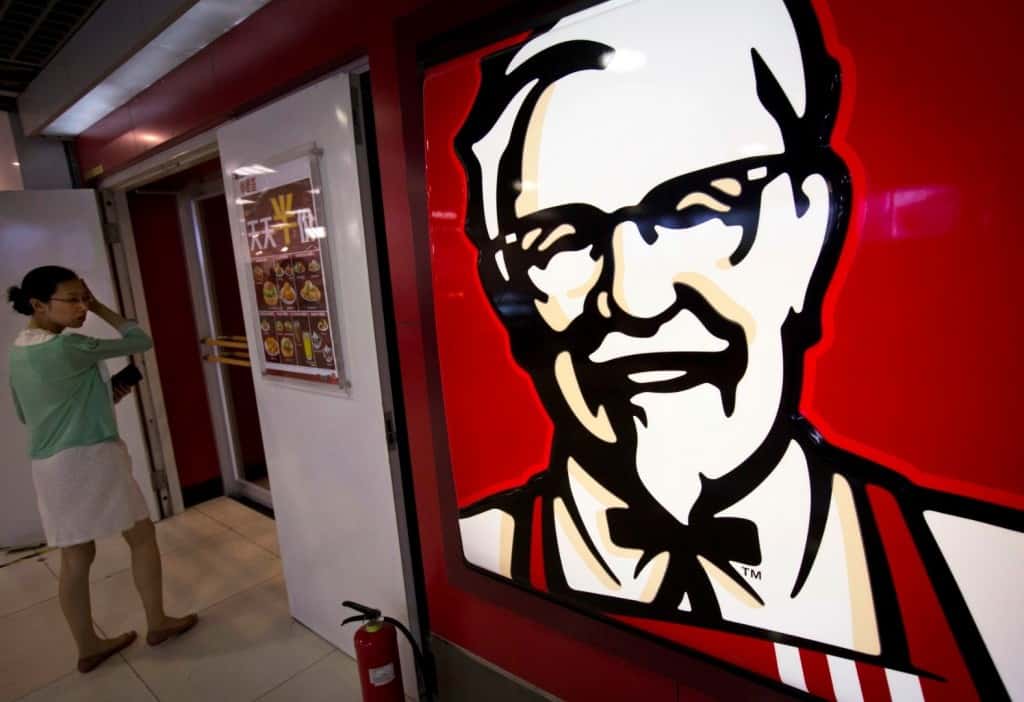 Frederick Jamal Bolden and Deandre Malik Scott robbed the KFC restaurant in Augusta, with one of the robbers leaping over the counter and shooting an employee in the leg after the employee refused to give them money. Officers finally caught and arrested the duo.

A couple, Tito and Amanda Watts, sold golden tickets that were a gateway to Heaven for $100 each. Tito said that Jesus gave them the tickets behind KFC and needed to sell them to get enough money to buy a space ship and go to outer space so they could use all the cocaine they wanted. 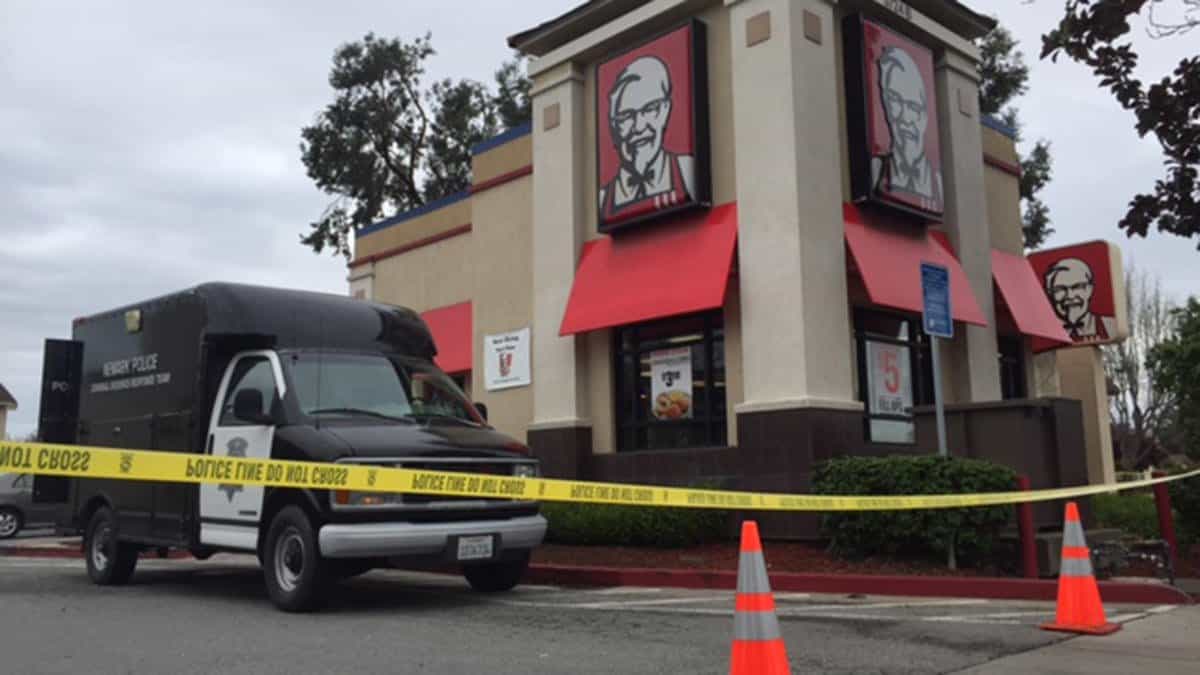 Lieutenant Michael Graham wasn’t pleased when he went to an Arizona KFC and paid for a meal he couldn’t get. He wanted a refund, but the employee said they could only give him something different or a voucher for the store. The officer threatened to take him in, and ordered police to come because he believed the manager was involved with fraud. Graham was later fired. 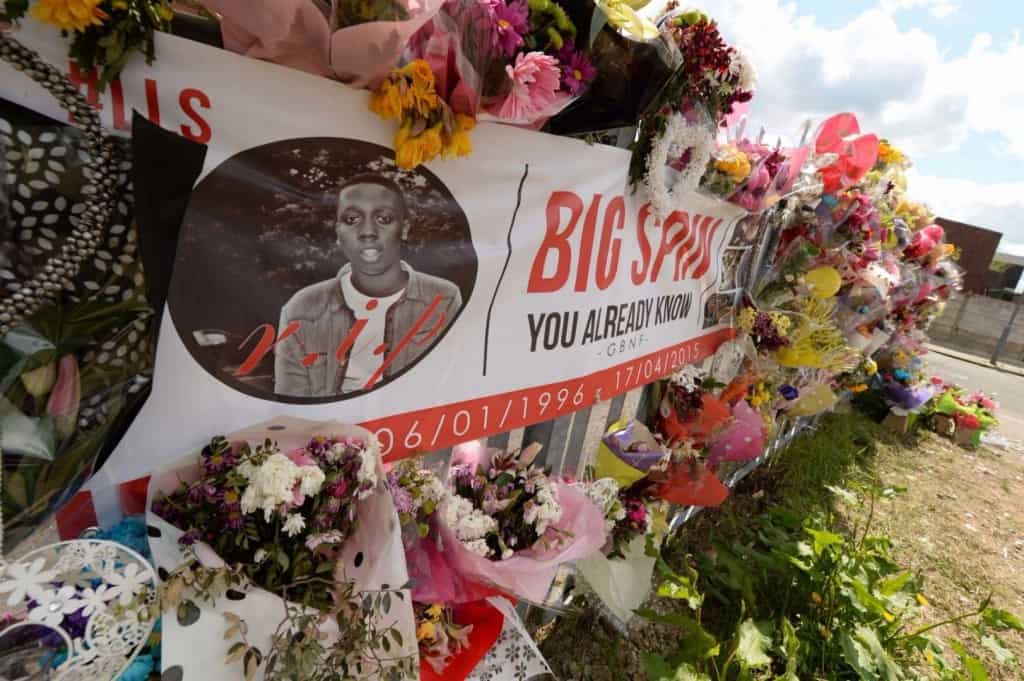 An 18-year-old was stabbed to death outside of a KFC in Birmingham in England. The weird part about it was that it was a second murder in the area. Two different teenagers accused of doing the stabbing were arrested. 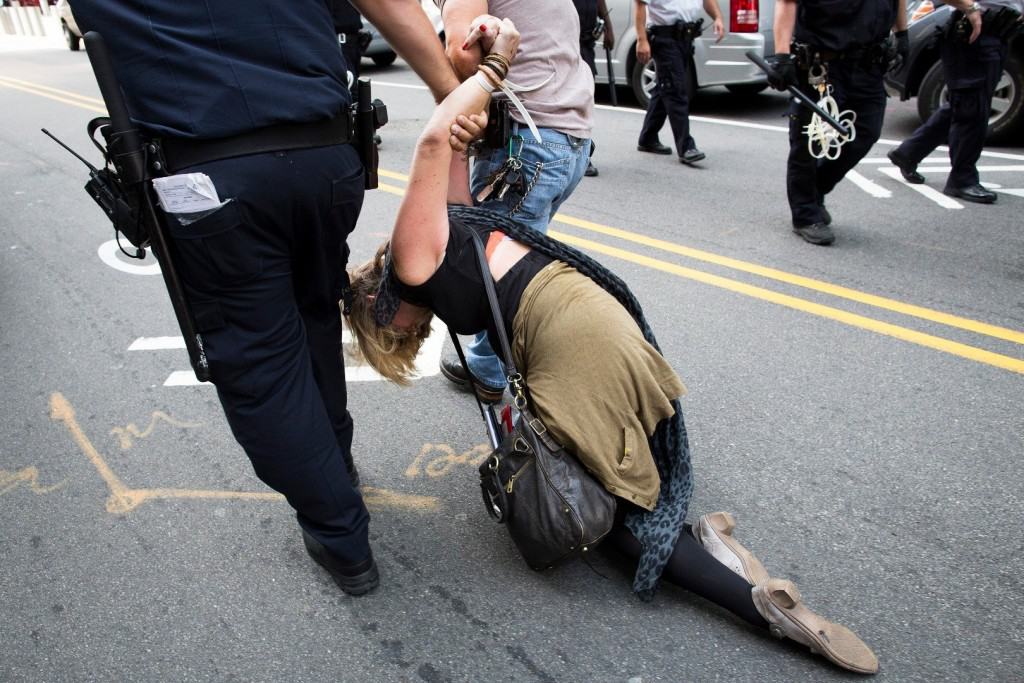 A raw video shows an officer punching a man while getting handcuffed on the ground of a KFC parking lot. Police at the scene said that it doesn’t capture the entire incident, as the suspect was very uncooperative and used pepper spray on a different officer. 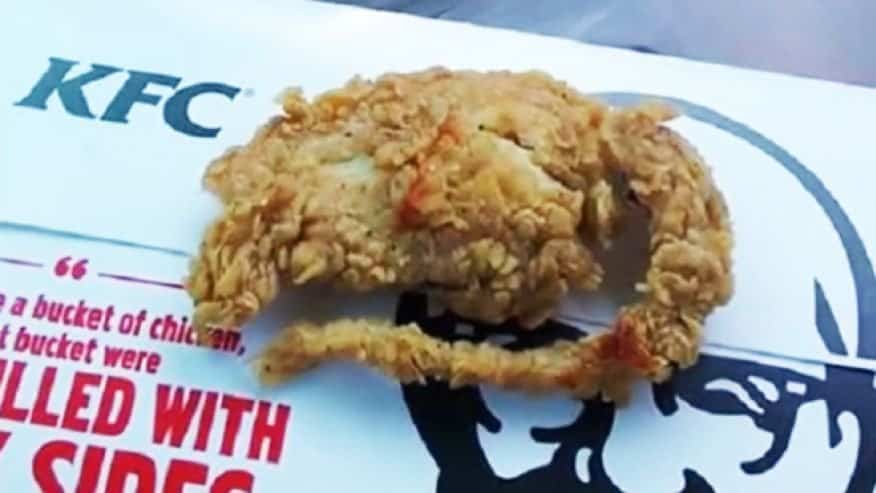 A customer claims that he was served a fried rat, posting a picture of a chicken tender that was in a rat shape along with a receipt on social media. It became viral, and forced KFC to respond. They’ve attempted to reach out to the customer, but he’s been unresponsive. 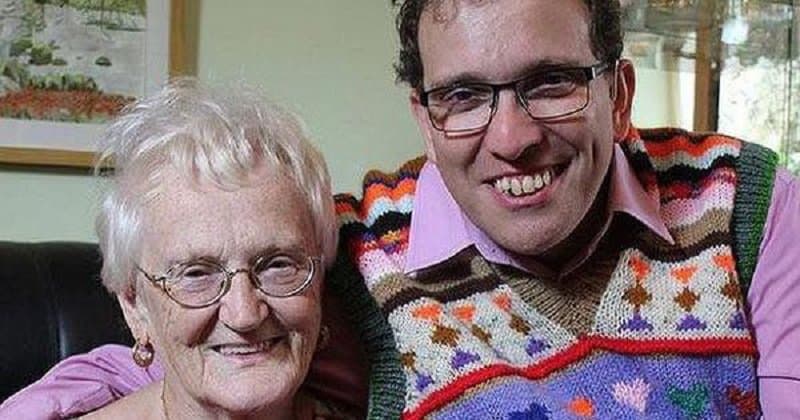 A 76-year-old Mississippi woman let her son that’s over 40 years old breastfeed in public. While most people thought it was a sexual act, she didn’t believe there was anything wrong with it. By law, no one can discriminate when it comes to breastfeeding.