While there are times when grocery stores are rather creative when it comes to their displays, there are other times when they go way above and beyond. It appears there are stores that have the freedom and ability to do what they want with their displays. These stores not only have the freedom to do what they wanted but they found that there was plenty of time and attention to be paid and they were able to come up with something that stood out even in places like the Internet. These displays are so good they actually made this list. Check out our list of 10 hilarious grocery store displays that show they get it and let us know what you think. 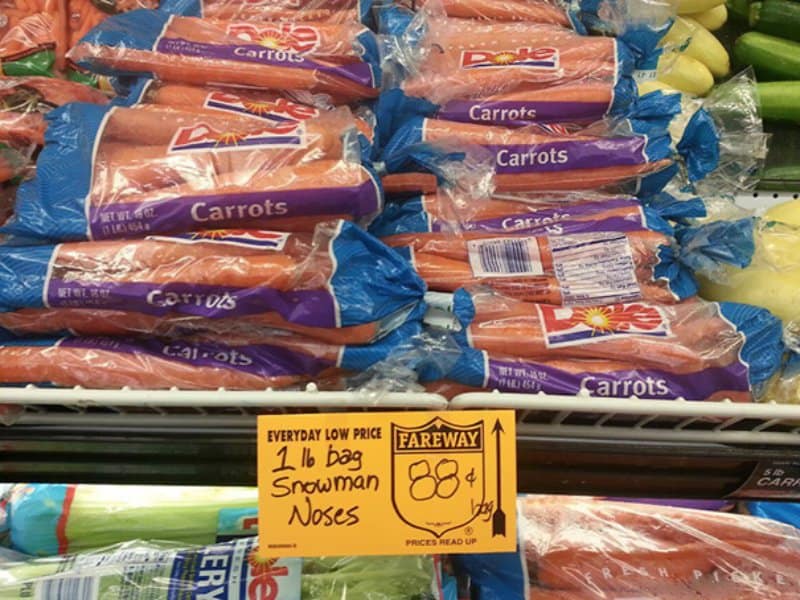 We love the fact this grocery store was able to find a way to take advantage of the season for their display of carrots. We bet this grabbed plenty of kids’ attention. 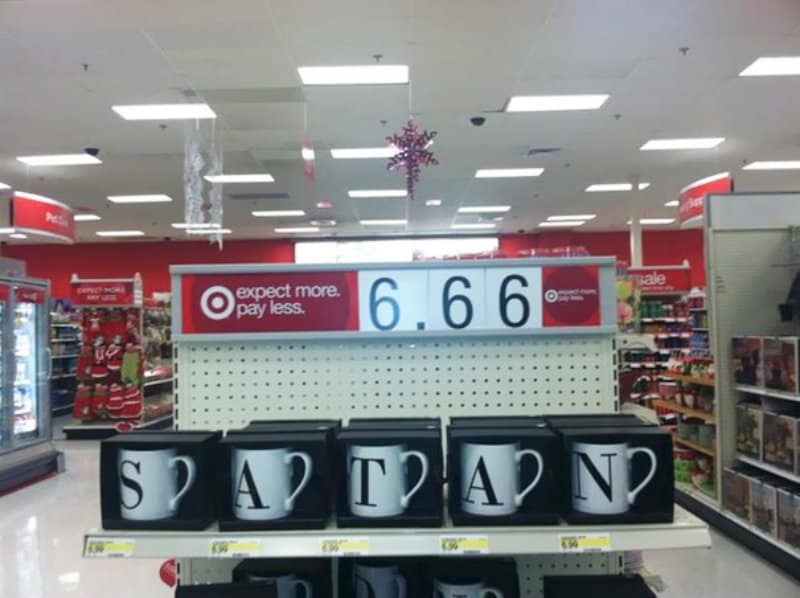 We do have to wonder how long this display was allowed to stand. While it’s hilarious, we have a feeling there were people complaining early and often about it.

And They Taste Good Too 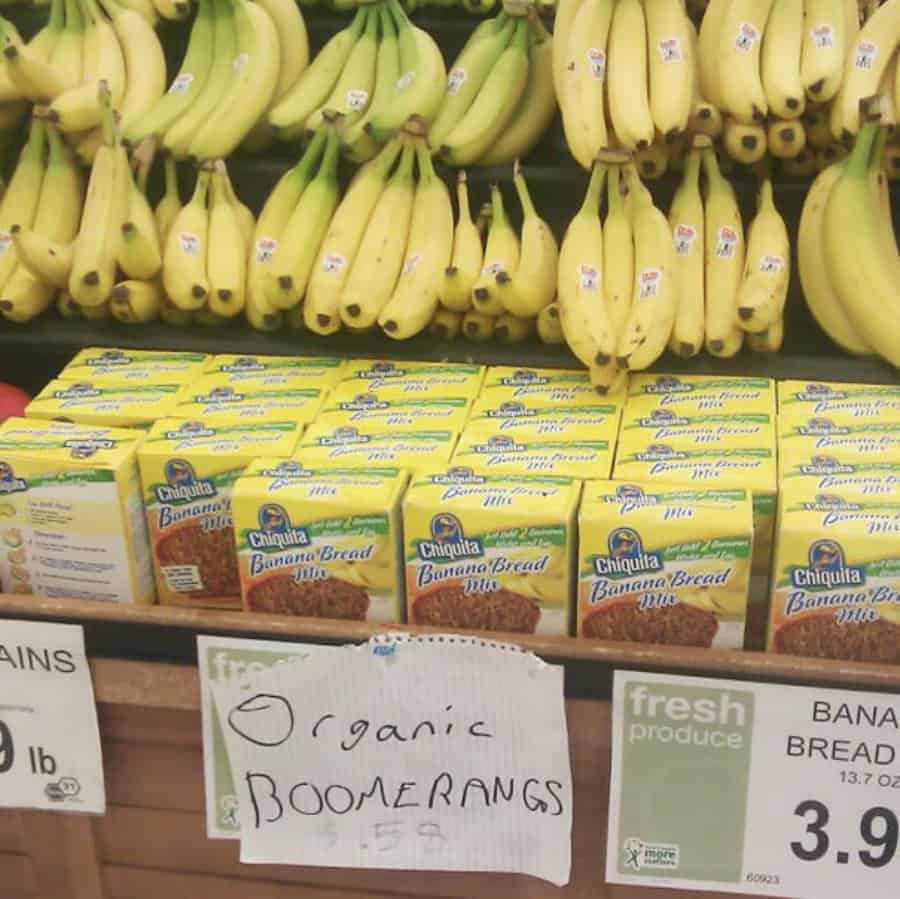 There’s already some brilliant marketing by putting the banana bread right next to the bananas but then there’s the other use for these. 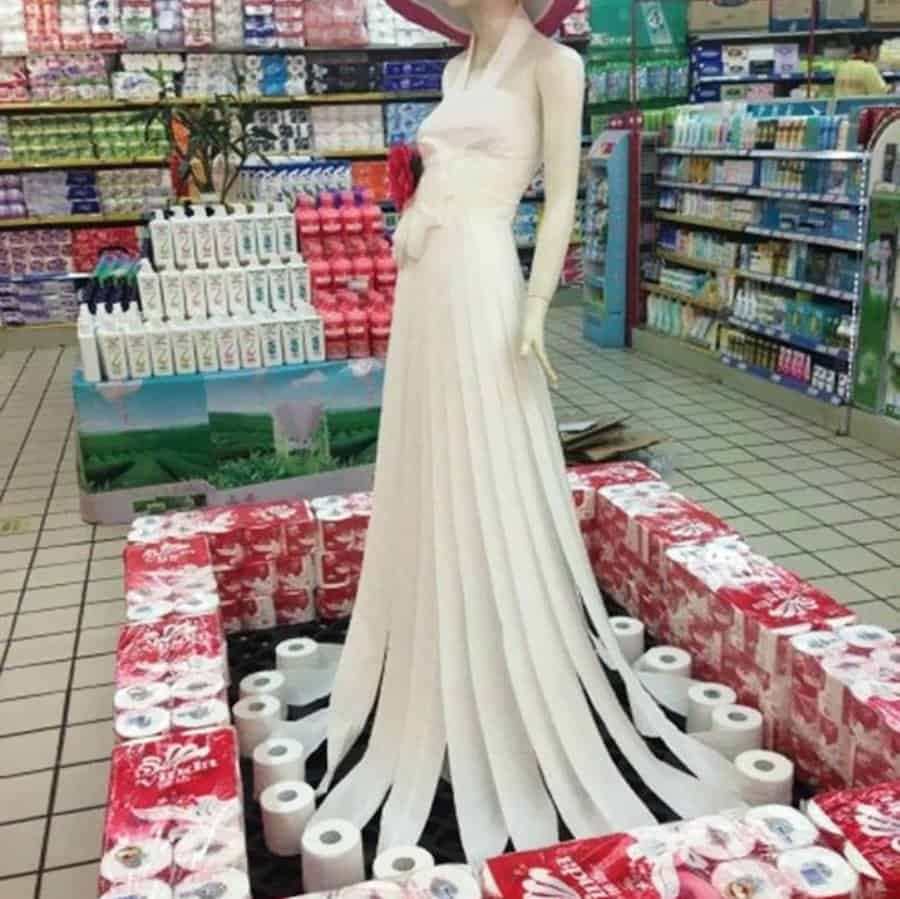 This display took some serious work. We’re impressed by whoever decided to put this kind of time. 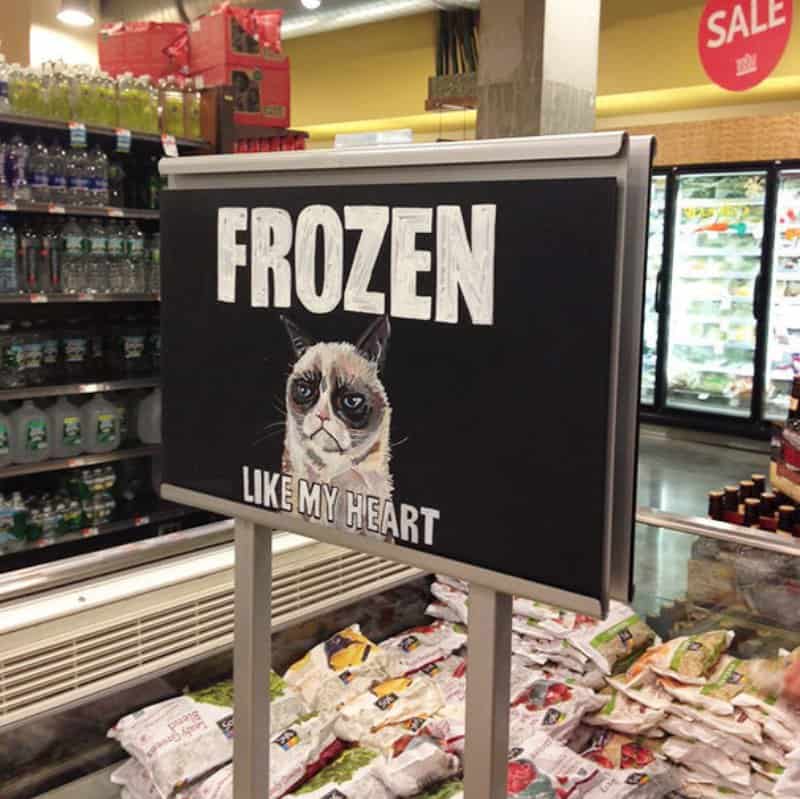 This is not only an awesome attempt at marketing but it’s an incredibly good illustration. 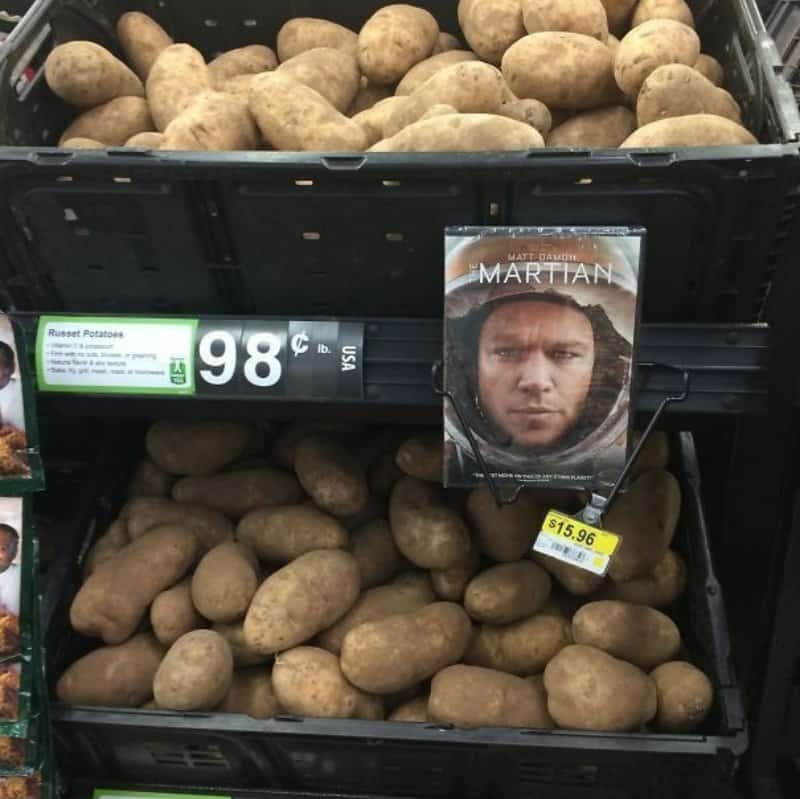 Anyone who has watched the Martian understands potatoes are quite important to your survival if you’re ever stranded on the Red Planet.

In Other Words, Chalkboards 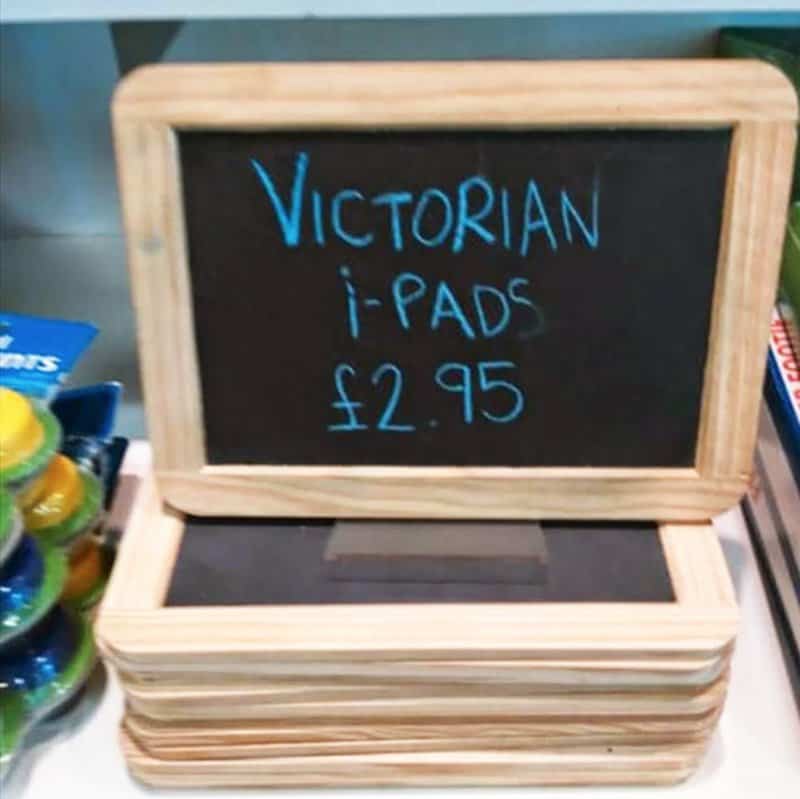 This is a nice nod to what kids today identify with. We figure the kids who see this are going to want to know what Victorian means. 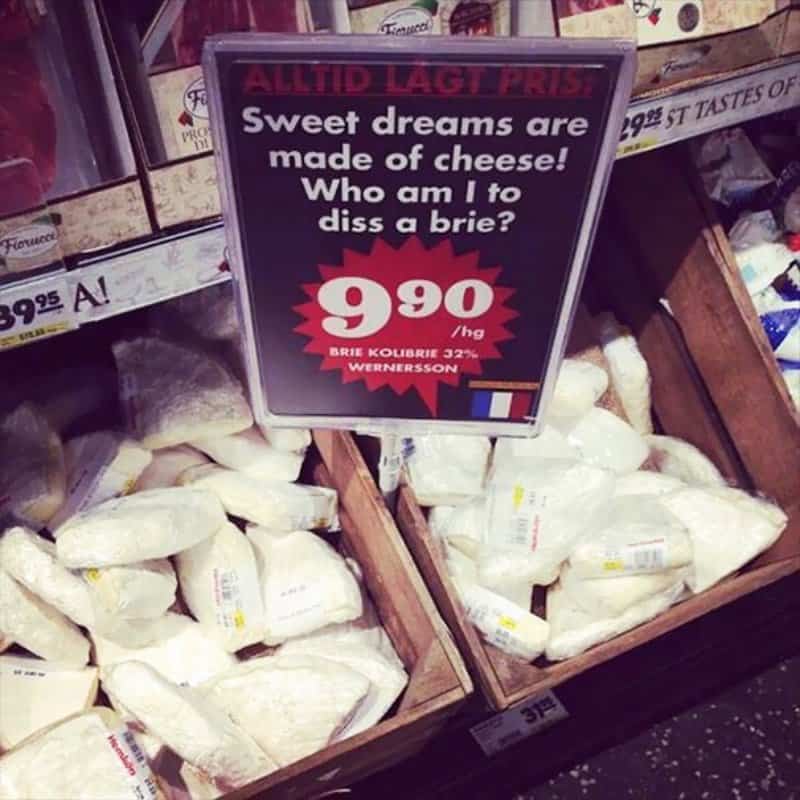 We have to give them credit for their work with this sign. It’s not everyday you see such a wordsmith at the grocery store.

For The Gamers Who Love Meat 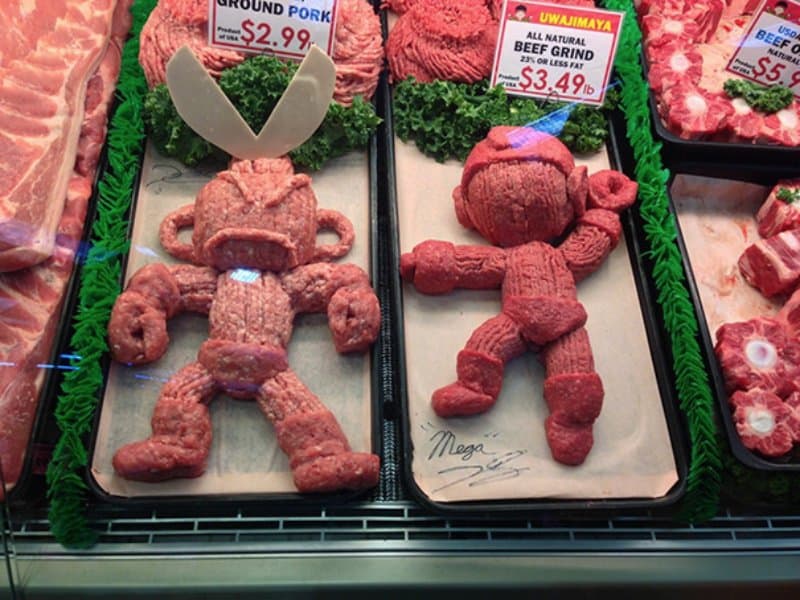 For those who don’t know these figures, they are characters from the popular video game Mega Man. That’s the titular character on the right and one of the top enemies on the left. 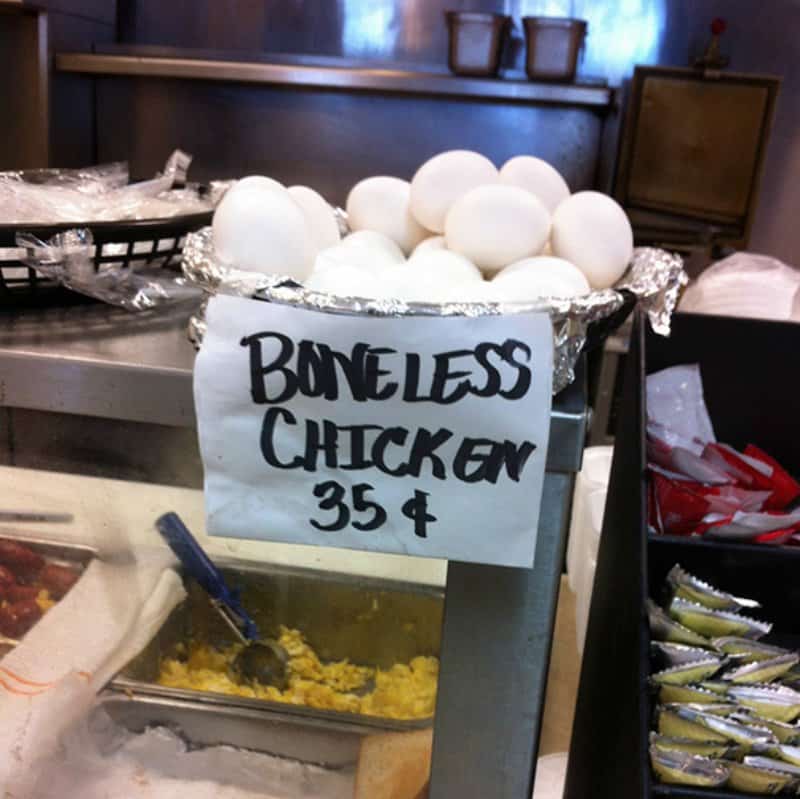