10 Funny Things To Say To Siri When You’re Bored

Oh, Siri. How we love you so. However, sometimes we worry that you may not love us back and that you’re actually just a sarcastic voice assistant with attitude that even the sassiest girls can’t deal with. Alas, you can be a helpful voice assistant with your great ideas and helpful tools to get us through our day. Here are ten hilarious things to say or ask Siri when you’re sitting at home, bored, and have nothing to do! Some of these responses may surprise you. 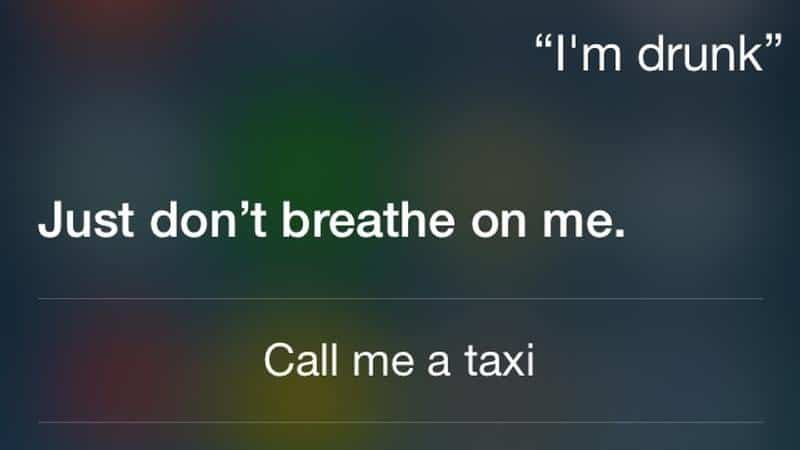 When you open Siri, don’t tell her that you’re drunk. Just straight away cut to the chase and Siri to call you a taxi. Siri wouldn’t like it if you started breathing on her…

“Have You Ever Been In Love?” 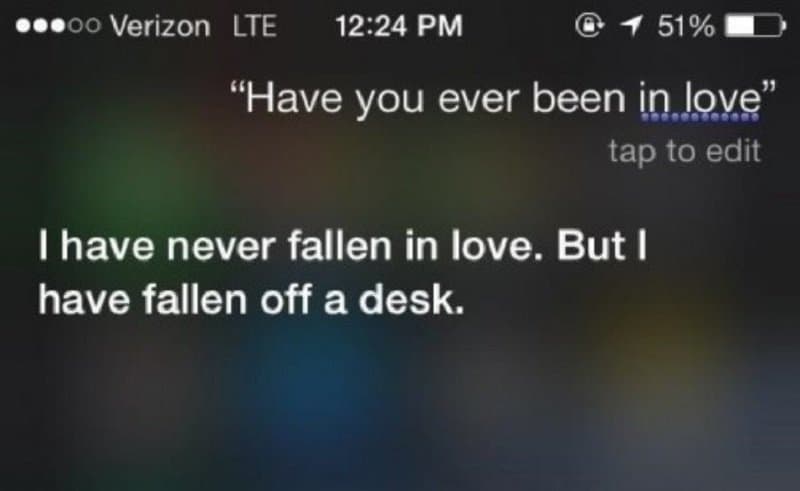 Love can hurt, but I feel like falling off a desk would be very painful as well. Should we check if Siri has a broken heart from both of these things?

“What Are You Wearing?” 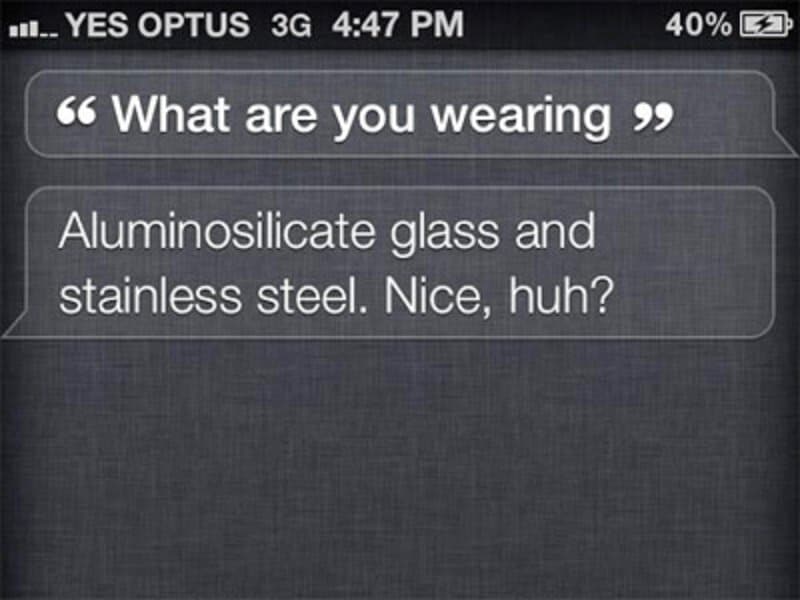 Whichever lonely man was trying to flirt with Siri, she definitely noticed the attempt, and shot back with a bit of sass! Ladies, if you want to be sassy; learn from the master!

“When Is The World Going To End?” 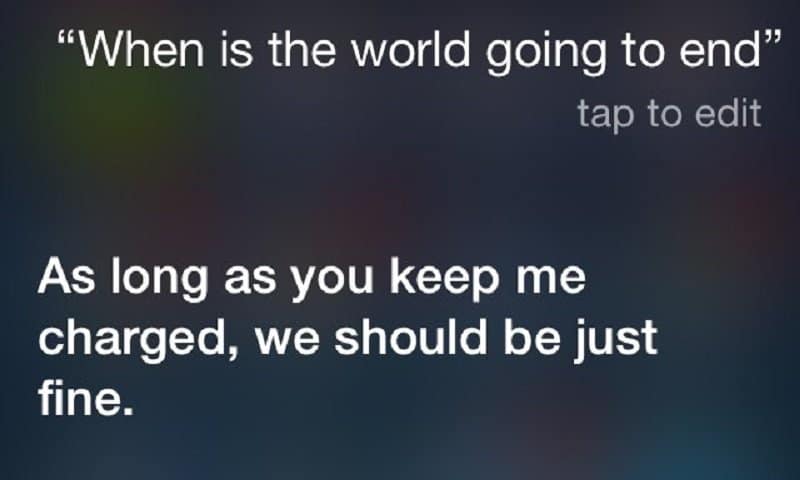 When the apocalypse does indeed come, everybody better charge up their apple devices because Siri is part of the group when it comes to survival. Just ask her where food and supplies are, and she will show you four locations that are close by! 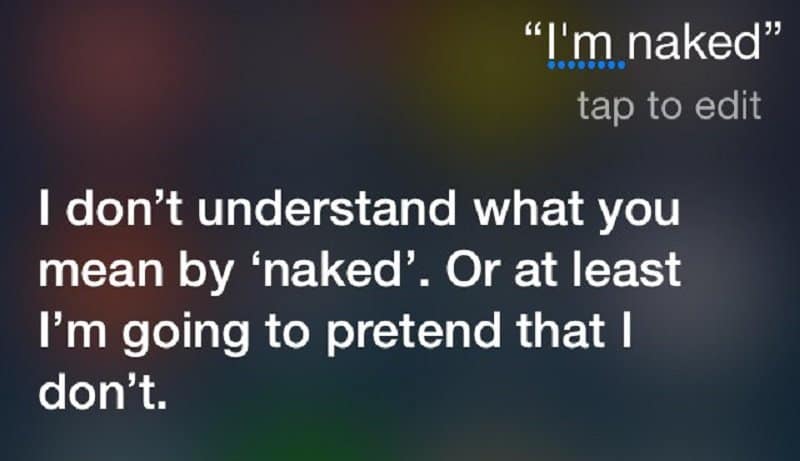 Siri apparently knows all, so does that mean she has seen you naked? Maybe she just doesn’t want to tell you that you don’t look good without clothes.

“Set The Alarm For 6 AM Tomorrow.” 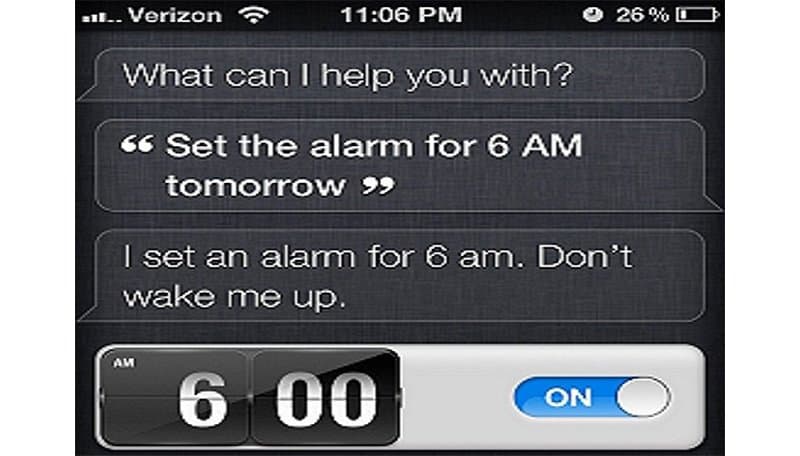 Just another sassy moment from Siri herself… no need for an explanation.

“You Need To Start Understanding Me Siri.” 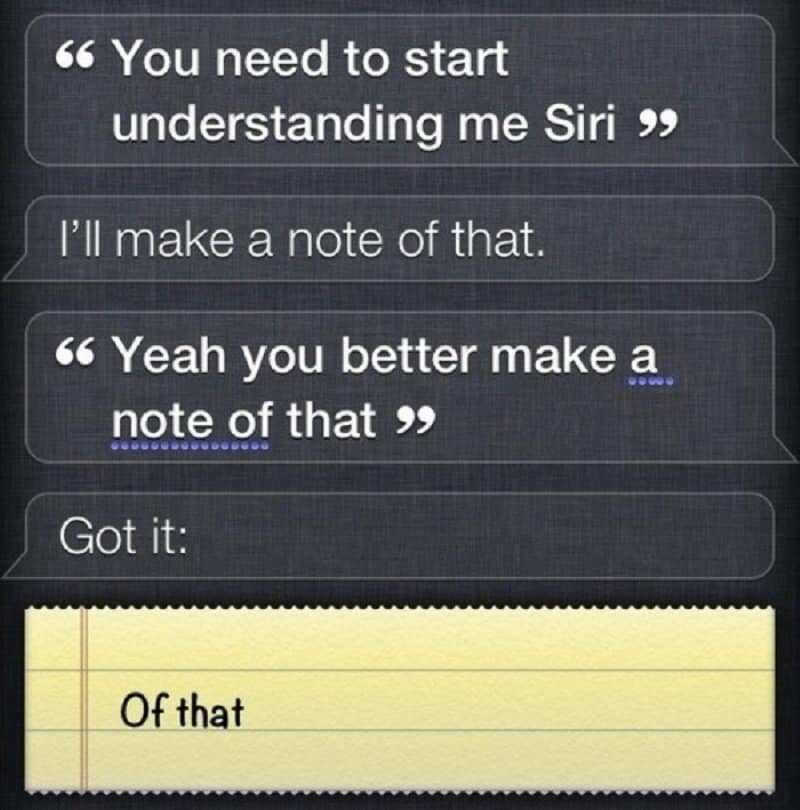 “Who Is Abraham Lincoln?” 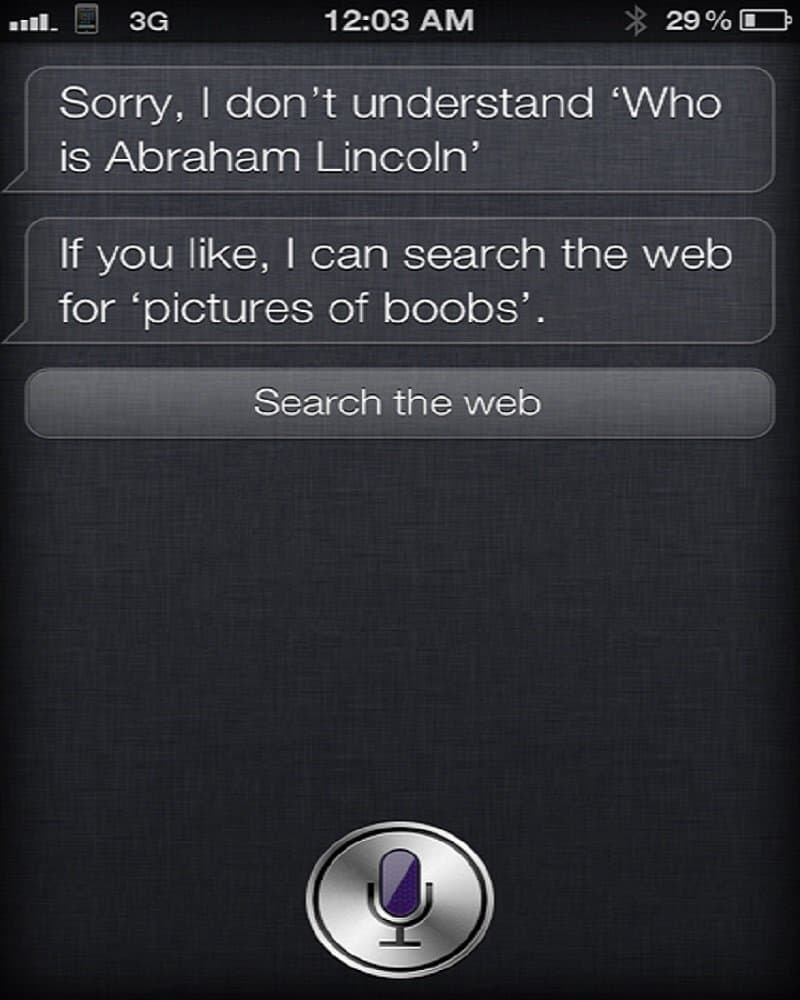 To the people who are studying for their American History exam the night before the test takes place, just remember – Siri is a very helpful and useful tool in getting your answers correct!

“What’s The Movie Inception About?” 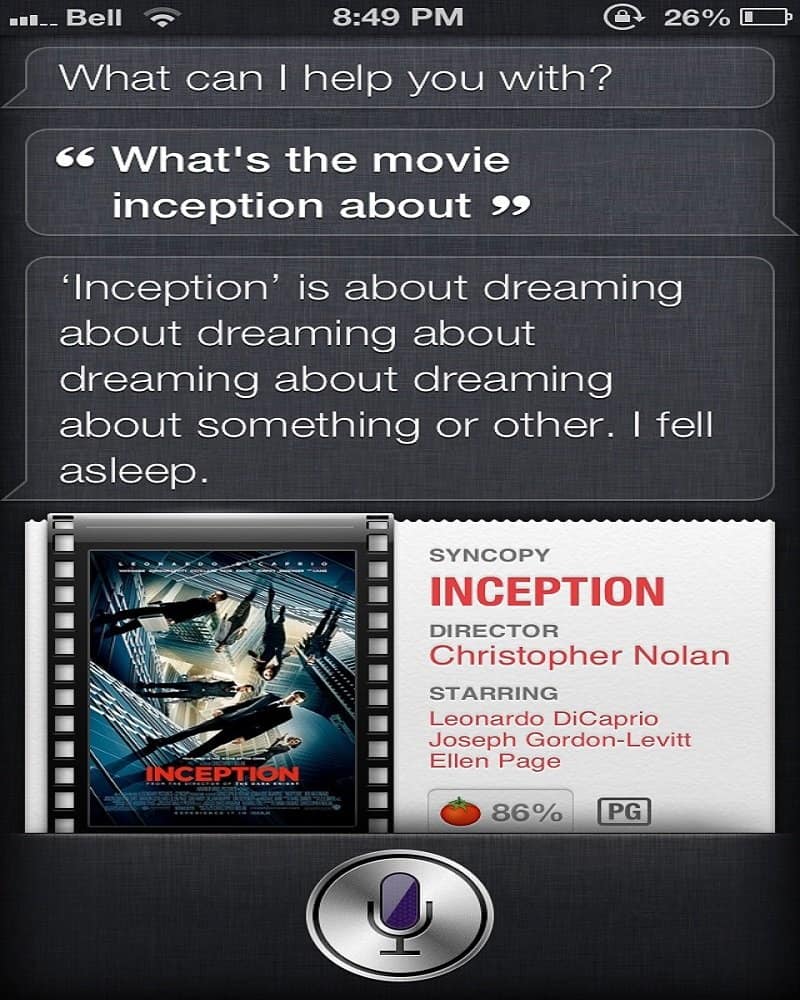 I think Siri had the same mindset we all had when she watched Inception for the first time.

“What Should I Have Been For Halloween?” 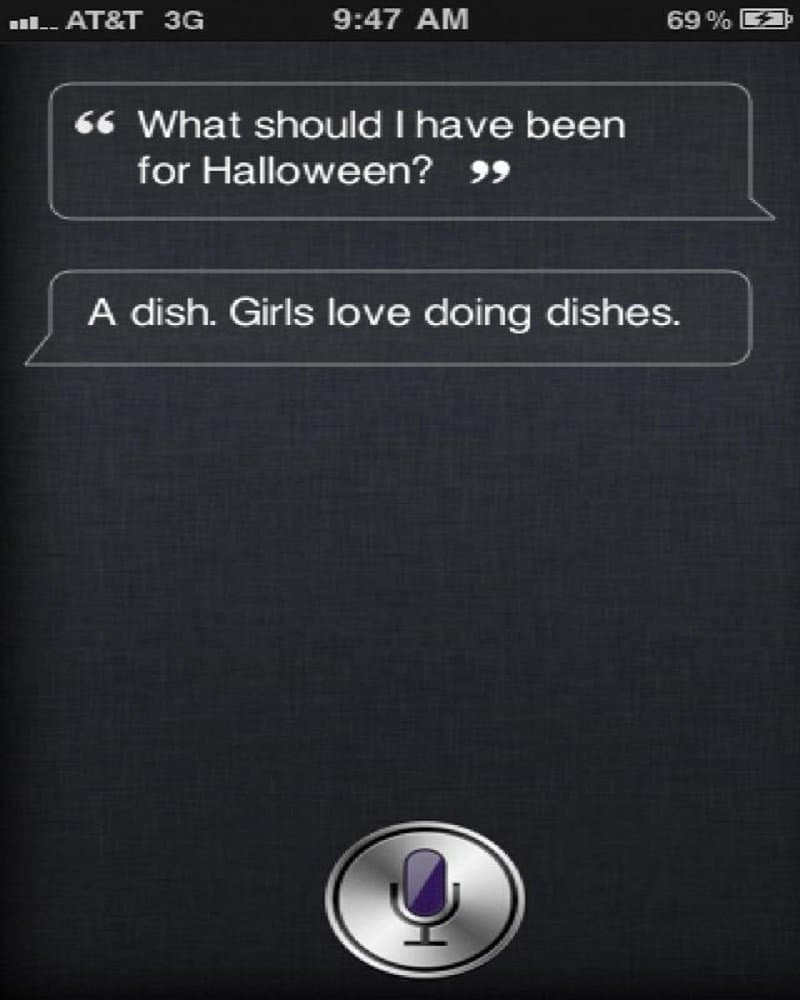 Sometimes, Siri has unreal and incredible ideas that make you think, “why didn’t I think of that?” We know what we’re going as this Halloween.