10 Funny Mistakes Made By Newspapers

The newspaper has been the oldest source of daily information for the public. The fact that the establishment is still running today is truly amazing, but it is clear that it is now on its last leg. The newspaper used to once be a source of reliable, consistent information, but now it has been muddled with ads and paid news to lower its credibility. Not only that, the standard of journalism has been dropping badly, and what is considered news worthy has changed dramatically. We see more errors in newspapers than ever before, and these publications have to immediately put up apology notes for their mistakes. Here is a list of 10 funny mistakes made by newspapers and some corresponding apologies. 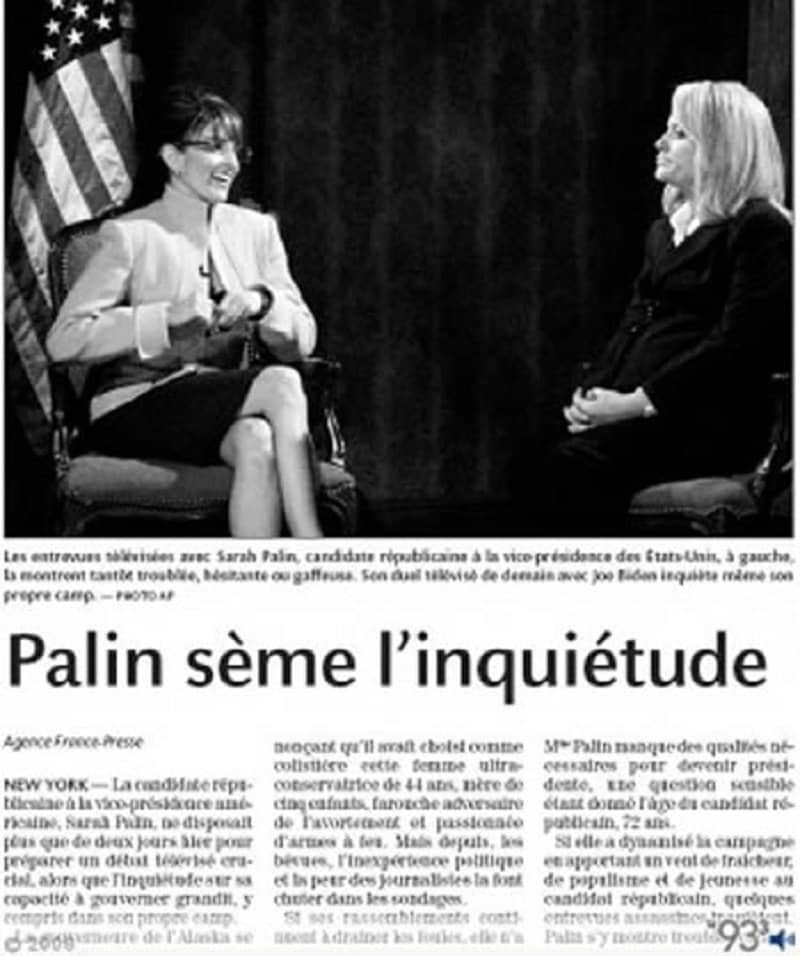 You have to be pretty out of the loop to use a picture of Tina Fey playing Sarah Palin in an SNL sketch. I wonder if SNL has made a sketch about this yet? 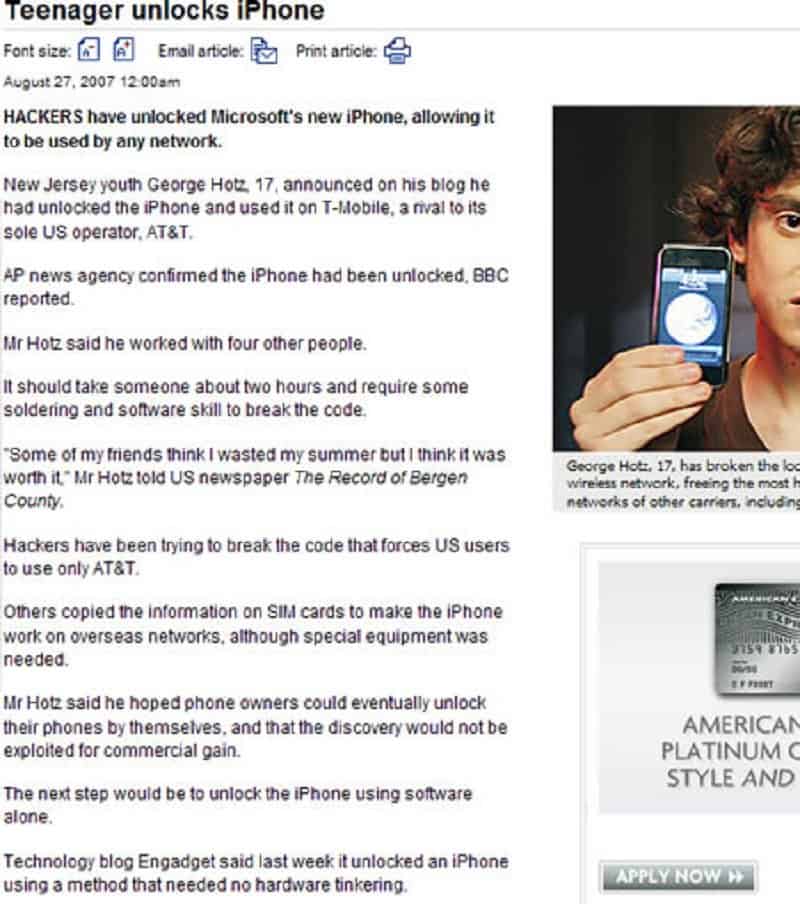 How does someone working in a newspaper even make the mistake of calling the iPhone a Microsoft product? They have clearly not used an Apply product before! 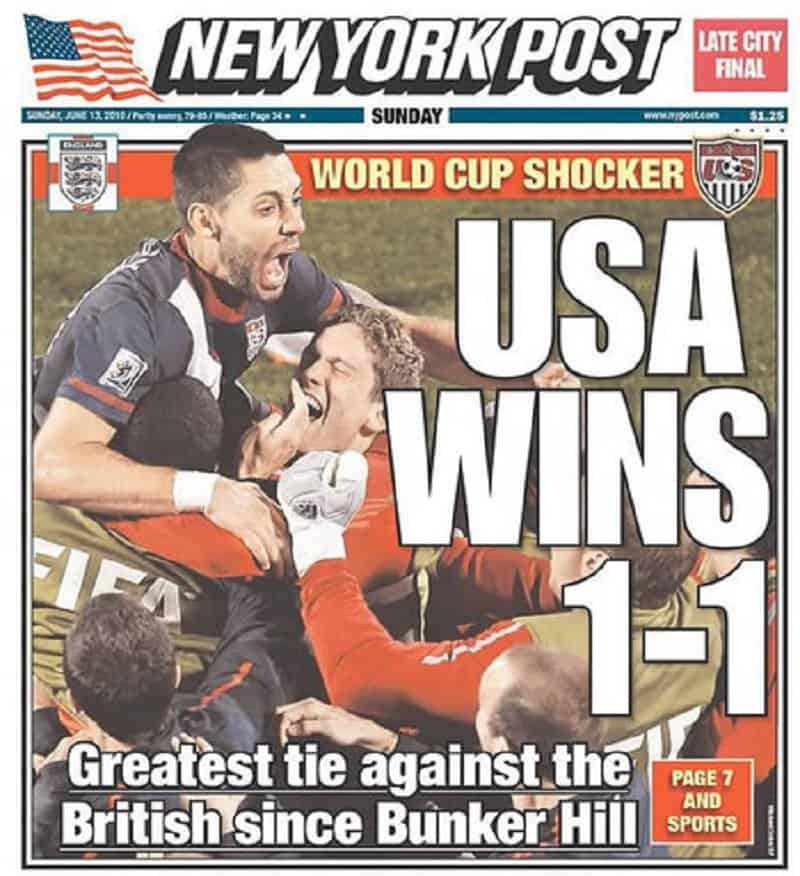 A 1-1 scoreline does sound like a more realistic result for a U.S football match. You can chalk that up as a win. 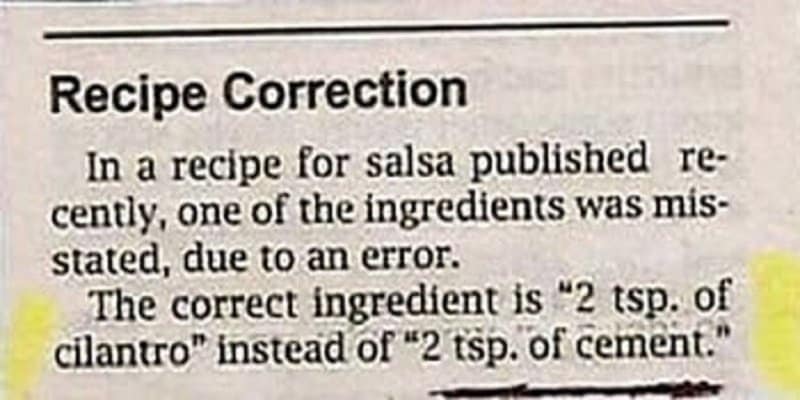 If you tried make salsa based on the recipe provided by the newspaper, and ended up using cement instead of cilantro, that is your mistake. It is also the newspapers mistake, but you should be pretty disappointed in yourself as well. 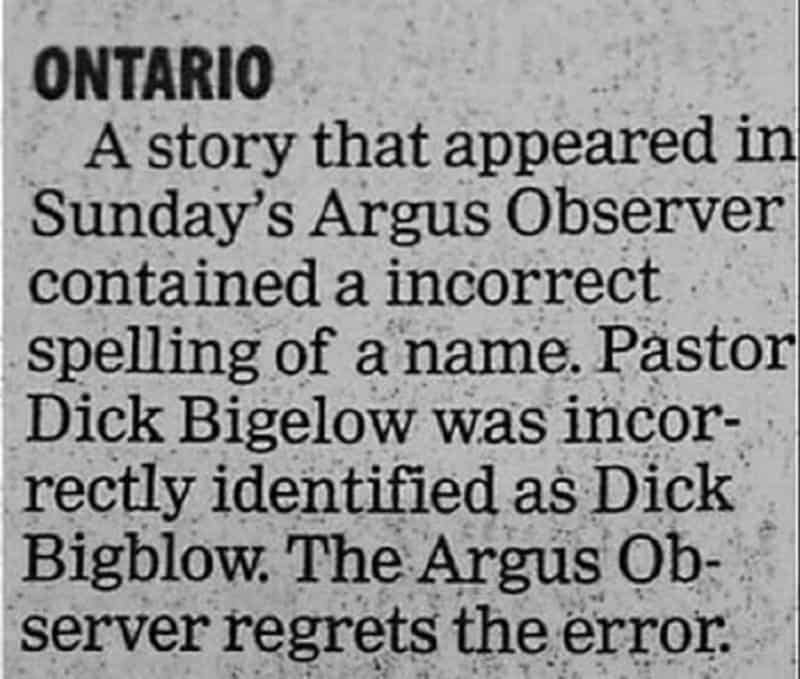 The Pastor’s name in the article was spelt Dick Bigblow instead of Dick Bigelow. It is a name that the pastor is probably used to hearing many times.

Two Mistakes For The Price Of One 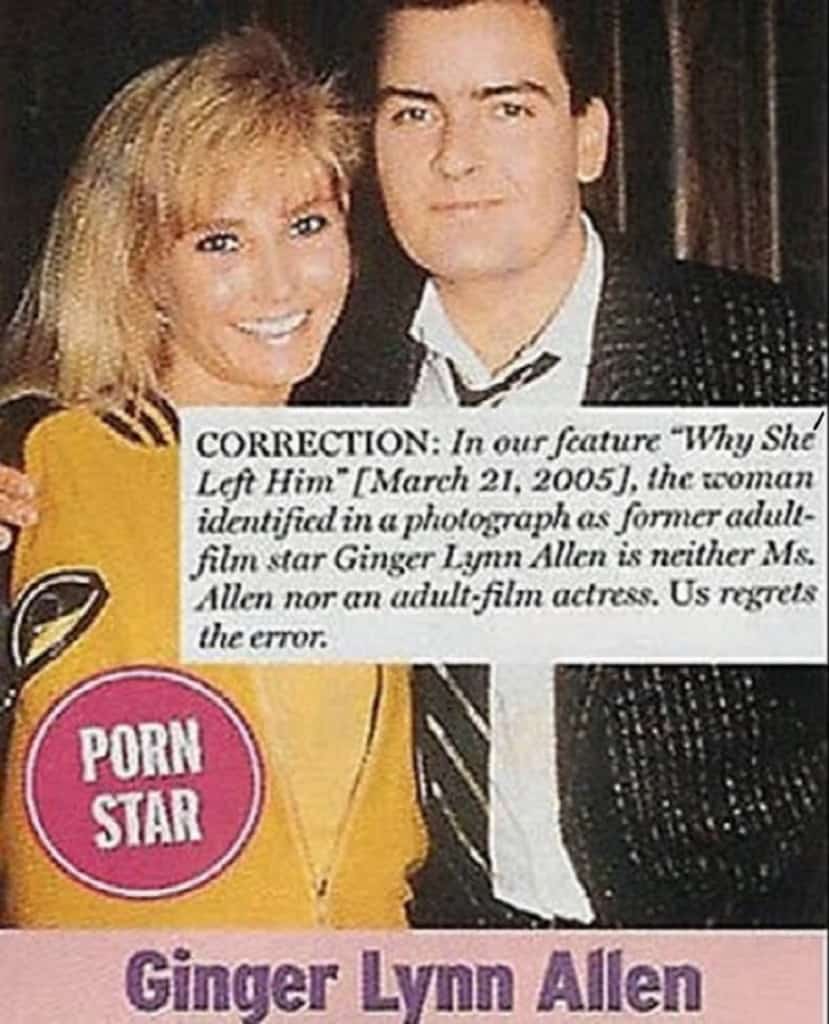 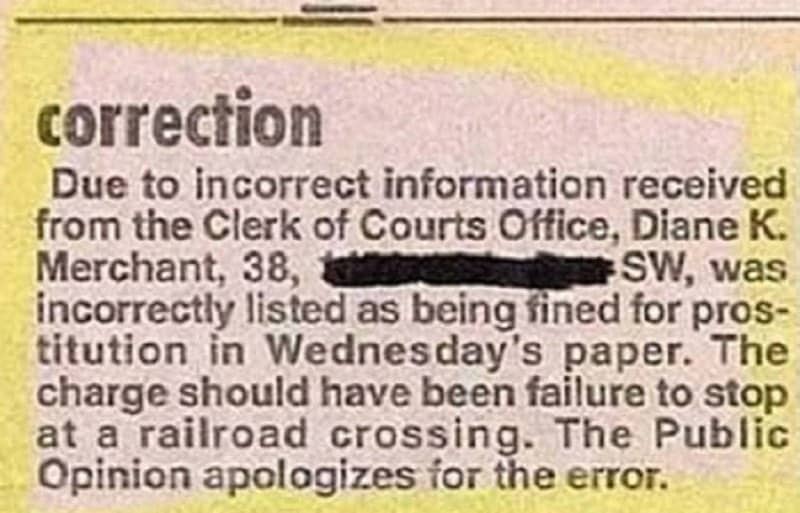 The lady in the article was fined for not stopping at a railroad crossing. The newspaper decided to call her a prostitute instead. That must happen all the time with women! 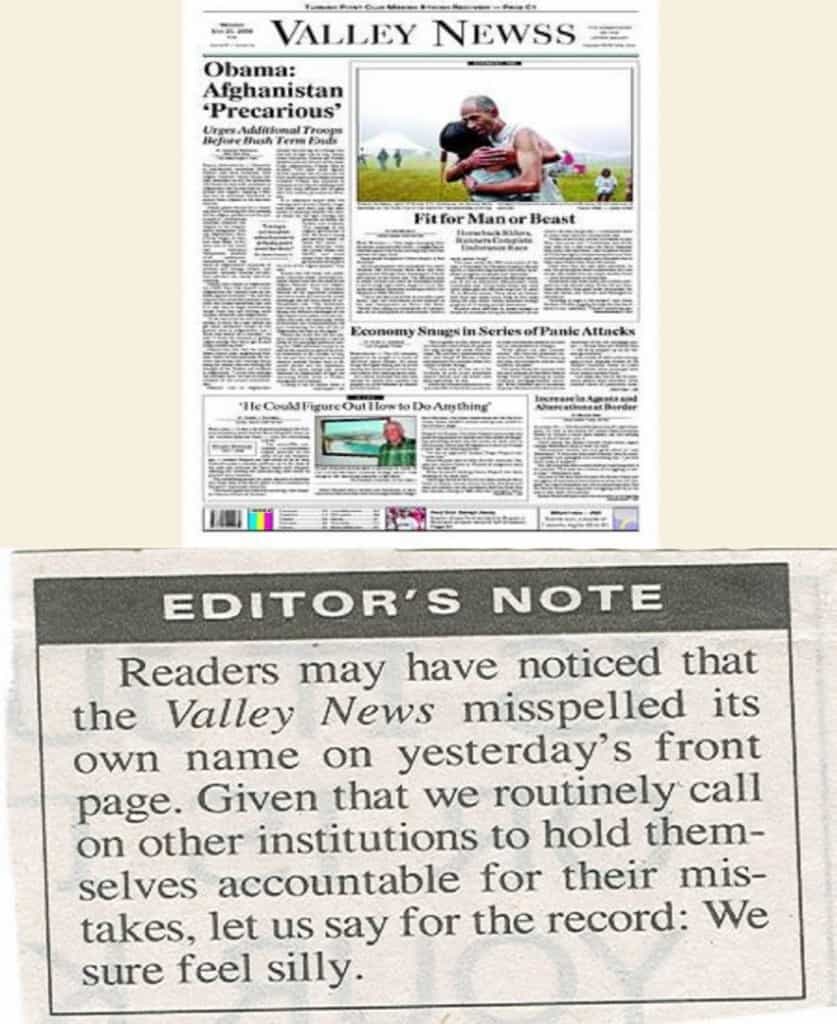 What is worst than misprinting the name of your own newspaper you ask? Nothing, nothing is worse than that if you are an editor. 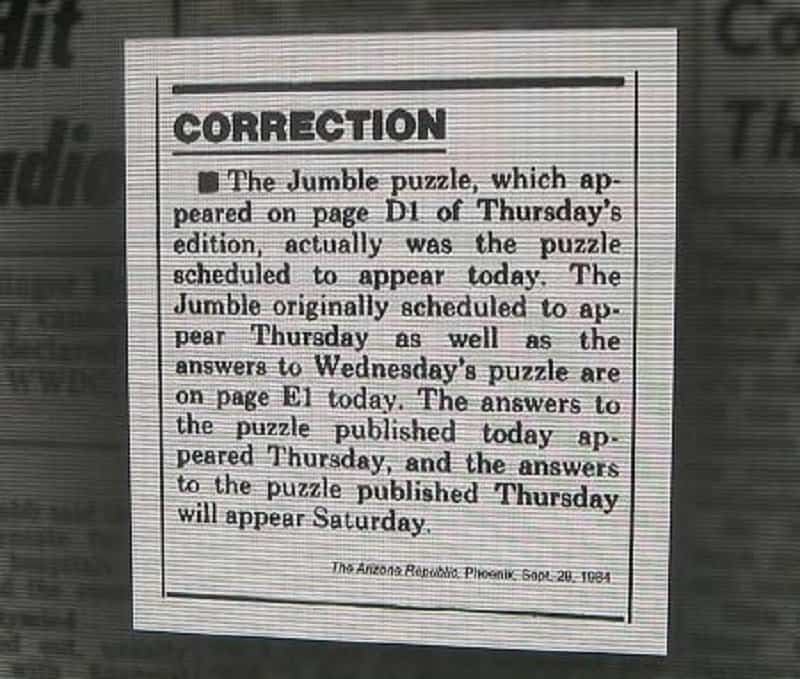 This apology note is more jumbled and confusing than any jumble puzzle the newspaper must have ever printed. 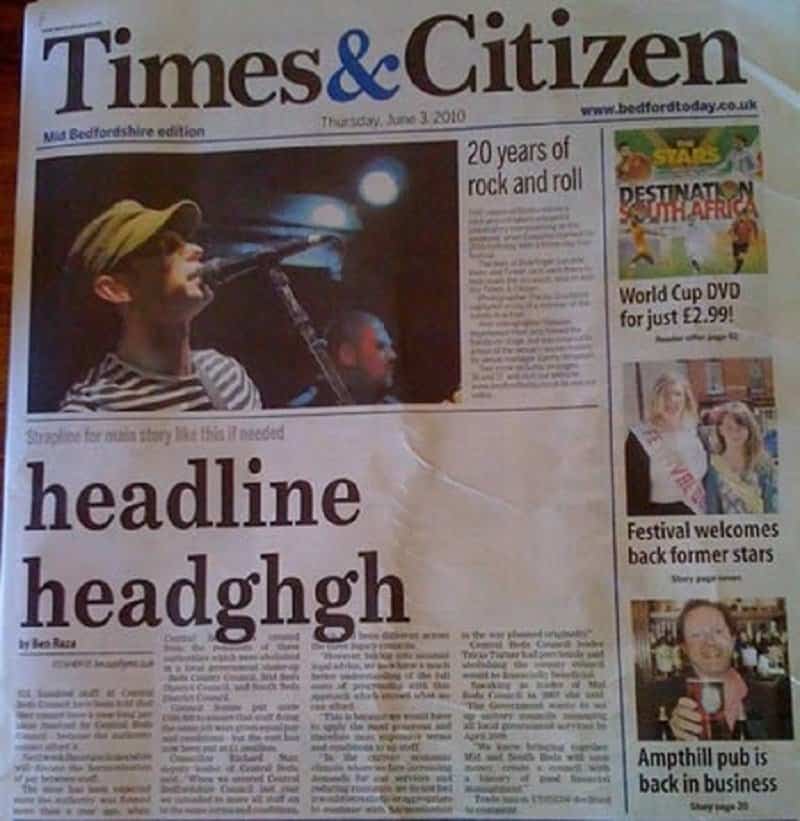 I must admit this is one intriguing headline. The news article that follows it though was pretty mediocre and poorly written.