We like to do a lot of silly things just for the sake of humor. We tend to break small rules, pull pranks and even lie whenever we think we can get a laugh out of it. Apparently some people like to take children’s coloring books and use them to create inappropriate cartoons. This list features 10 funny cartoons made using children’s books. Some of these are funny, while others are quite scandalous. Either way you will be laughing at them. Just make sure your kids don’t see them and get the wrong ideas. 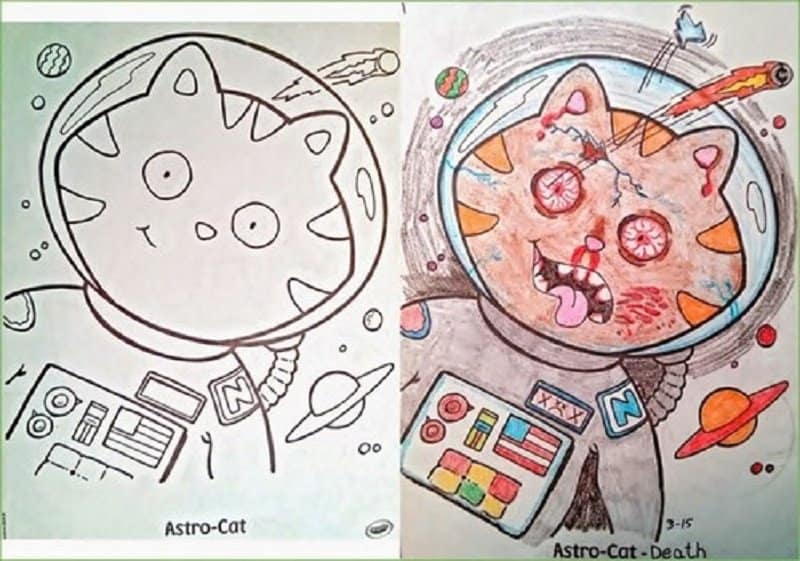 Space can be a dangerous place for a kitty astronaut. Just look at what happened to this poor bugger. 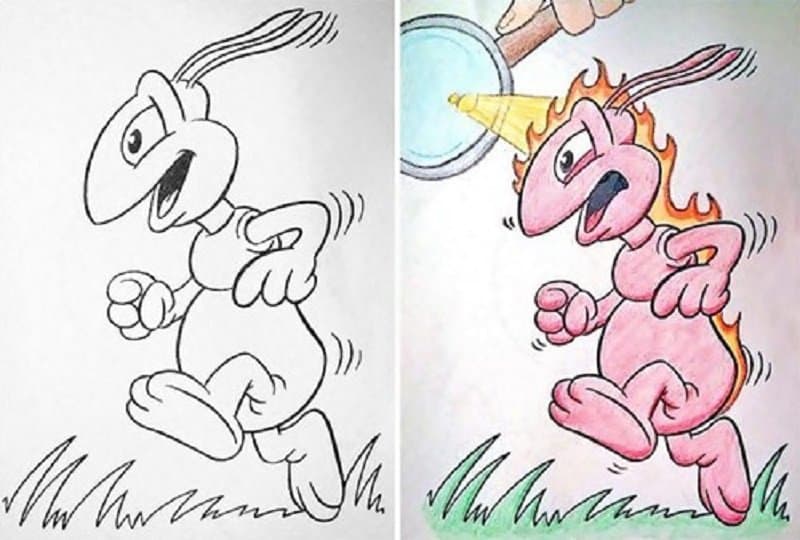 All of us have tried to burn ants using a magnifying glass. This one is a tribute to the torturous child inside all of us. 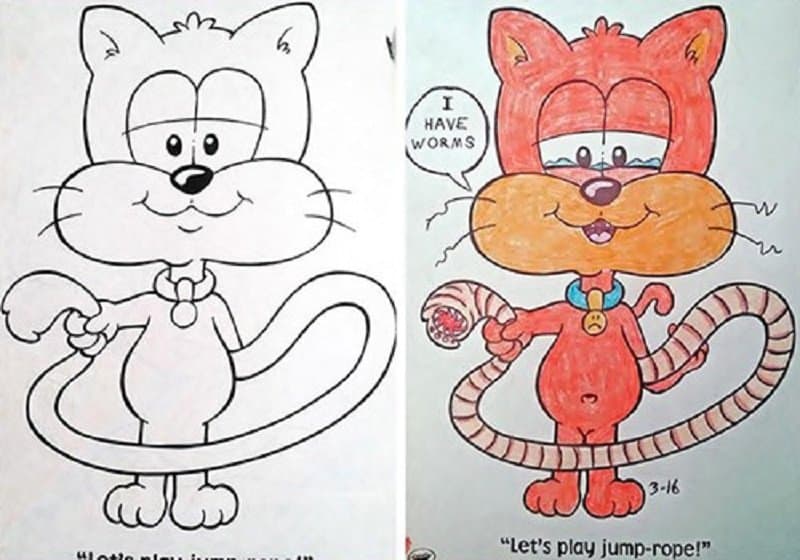 An innocent tail can become a giant worm problem at the hands of a twisted colorist. 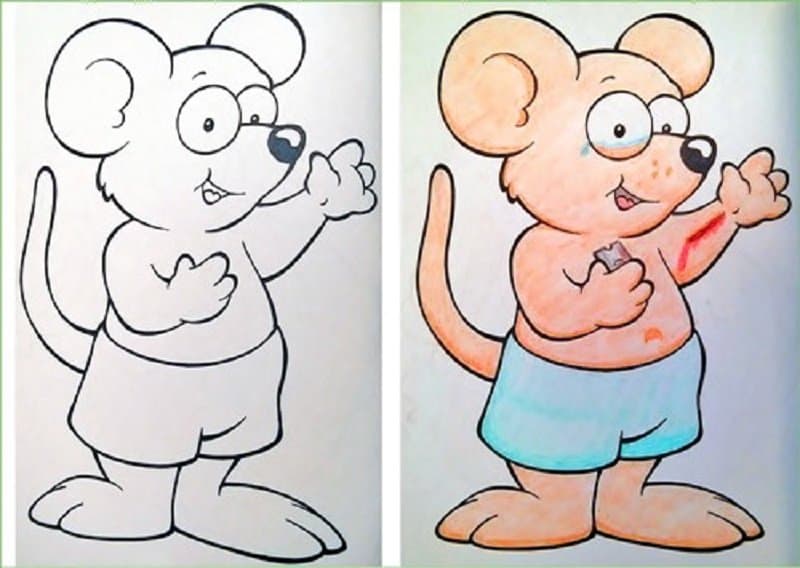 This mouse has some serious issues and harming itself seems to be the only way he can express himself. 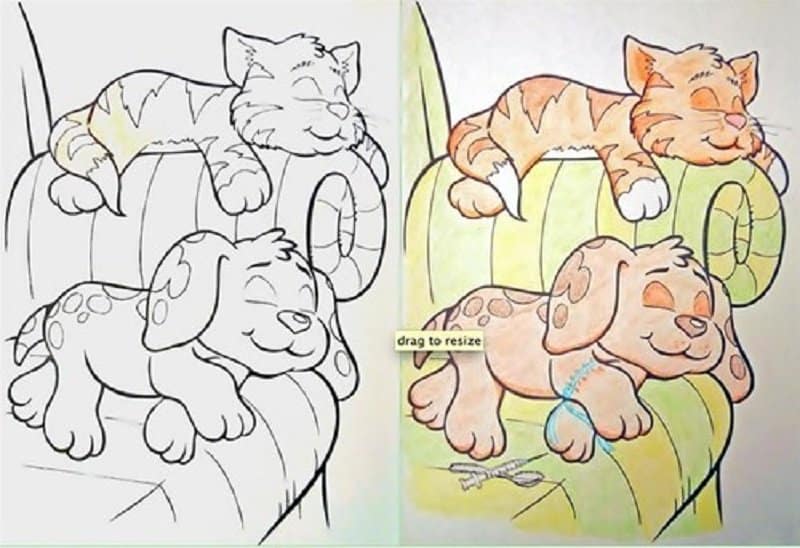 A simple afternoon nap has been turned into a hardcore drug abuse session by this colorist. 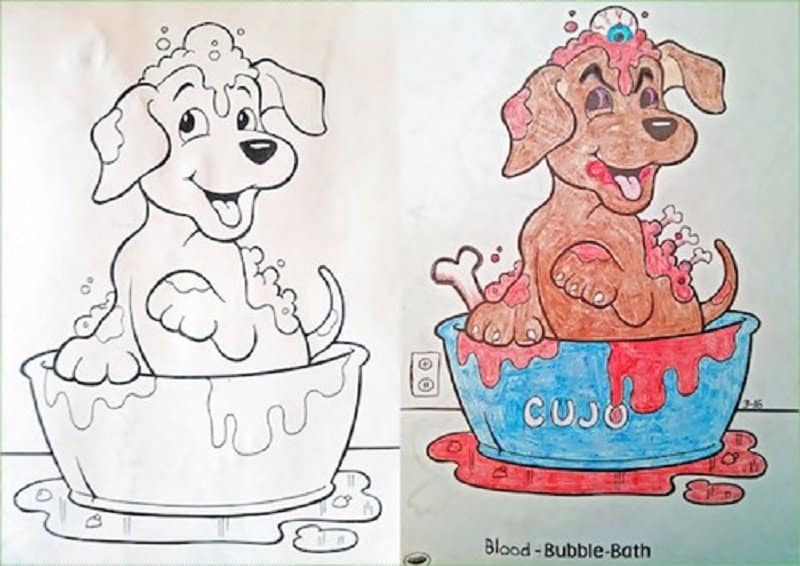 You thought that Cujo was gone right? Well he has just been biding his time until you let your guard down. 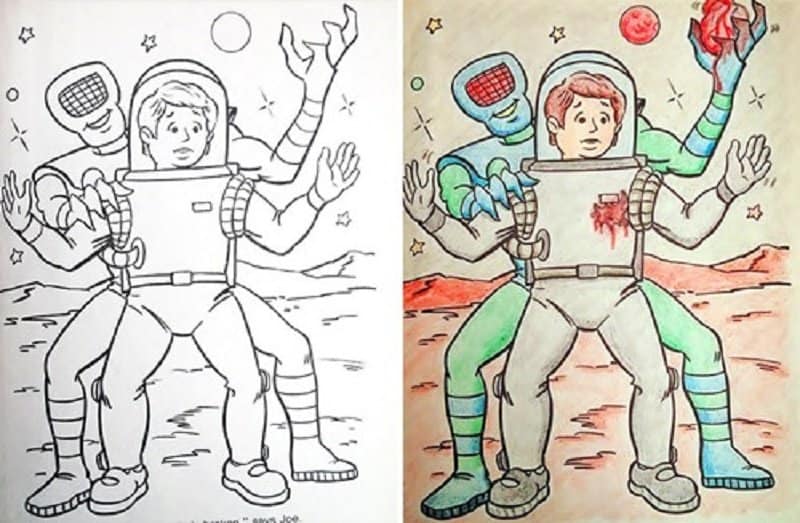 A lot of people think meeting aliens will be an awesome experience. This colorist believes that it can go the other way as well. 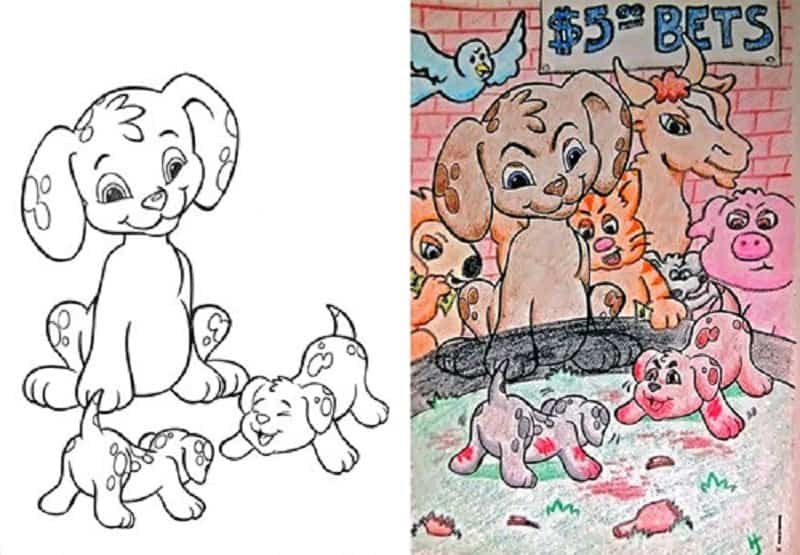 A parent looking at two pups fight has been turned into a brutal pup fight club by this colorist. 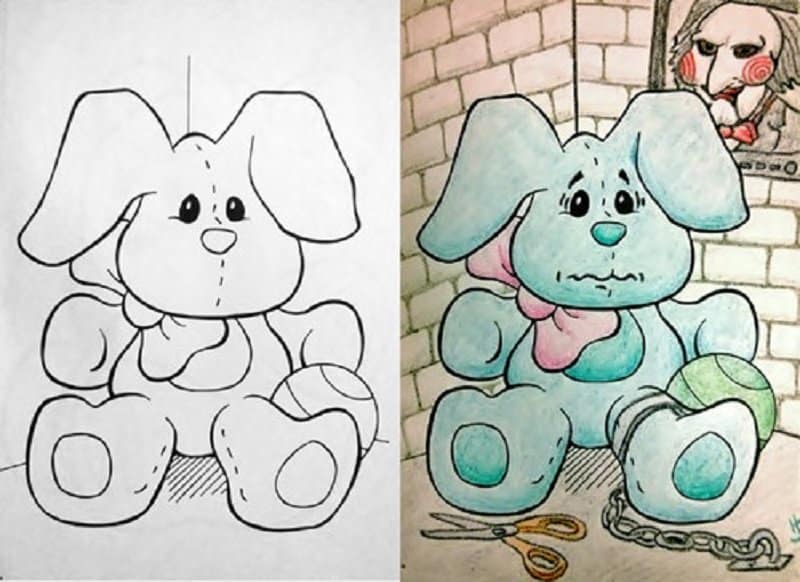 This poor dog has been placed in the brutal world of the ‘Saw’ movies and it has only one way out. 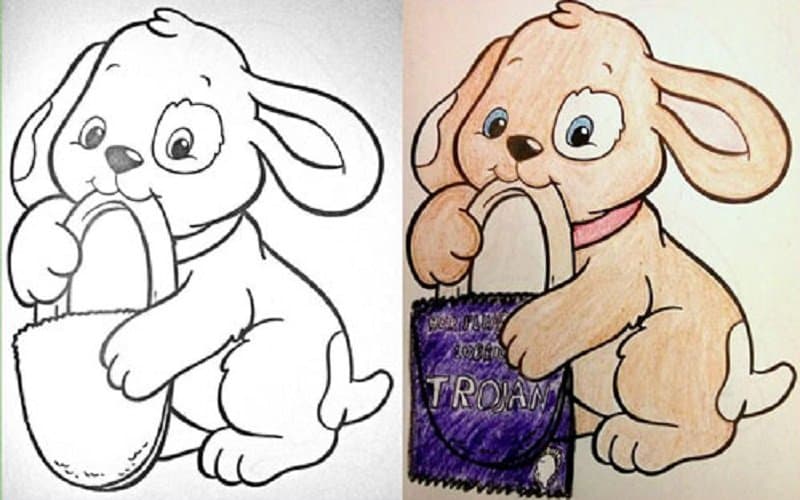 The poor furry creature was chewing on a bathroom slipper, but he is now chewing on birth control thanks to a wicked colorist.