There’s the dress, the shoes, the invitations, the music and the food. And then, there’s the cake! Wedding cakes have gone to a new level in recent years, probably from the spotlight shown on them from all the TV shows about cakes. These are some of the most extraordinary cakes ever made. Yes, there’s fondant, elegance and artistry of the finest detail. But there’s also 8 tiers and 500 pound cakes out there. And flowers? Yes, those are in the thousands—handmade and edible. We can promise you’ll enjoy this list, but we can’t promise that your sweet tooth won’t be acting up when your through! 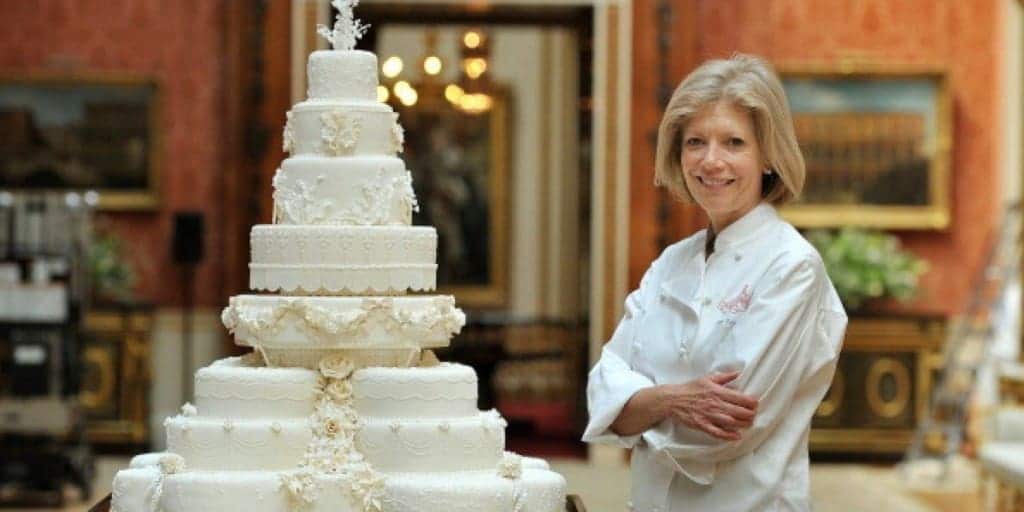 Fiona Cairns was the mastermind behind the $80,000 cake. The 8 tiers of fruitcake had 900 sugar paste florals formed into 17 different kinds of flowers and had to be assembled at Buckingham Palace. 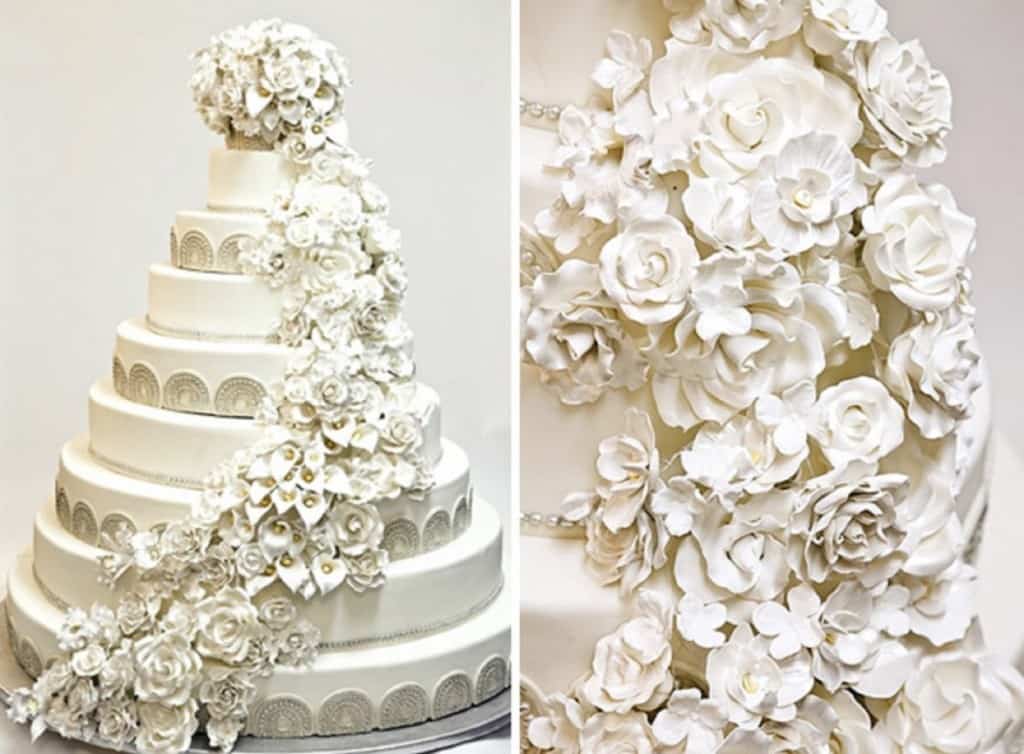 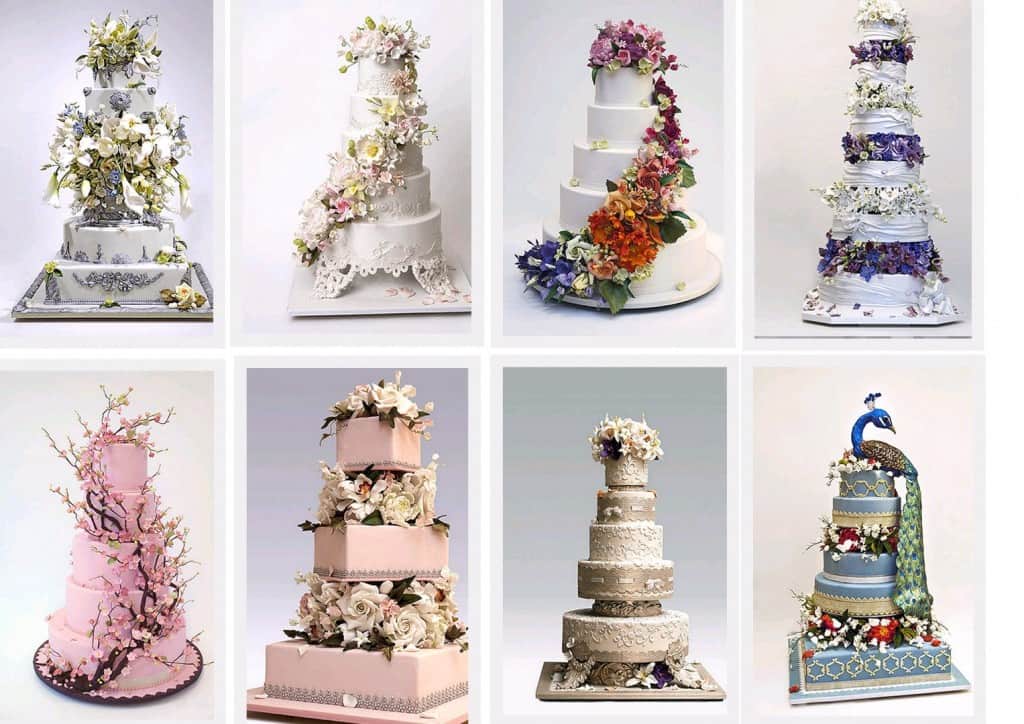 Ron Ben-Israel is considered the “Manolo Blahnik of wedding cakes” and while his cakes start at $1,500, the reach well into the tens of thousands. He’s a favorite amoungst celebrities and created that masterpiece that dripped in crystals for the Sex In the City movie. 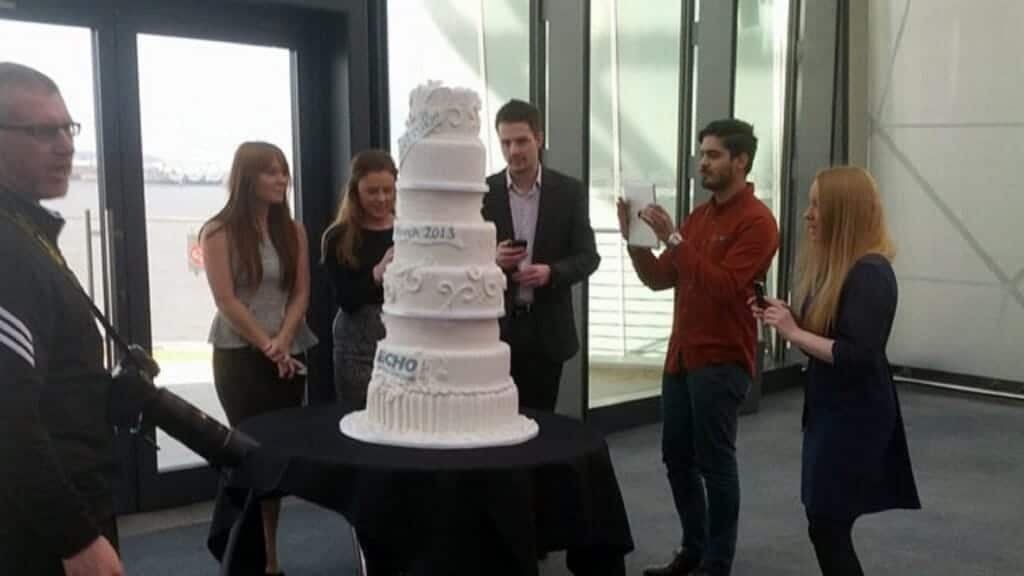 Yes, it’s beautiful. And who can go wrong with 8 tiers of fondant icing? But you may wonder how this cake, made by Cake, a bakery in Chester, England, could be worth more than 52 million dollars. It’s simple: there were 4,000 diamonds on this cake!

She’s a favorite amongst celebrities, including Catherine Zeta Jones and Ivanka Trump and it’s no wonder why. Sylvia Weinstock’s cakes can reach as high at 8 feet and come with thousands of flowers. And at $20+ a slice, you can do the math on feeding cake to a few hundred (or a thousand) people! 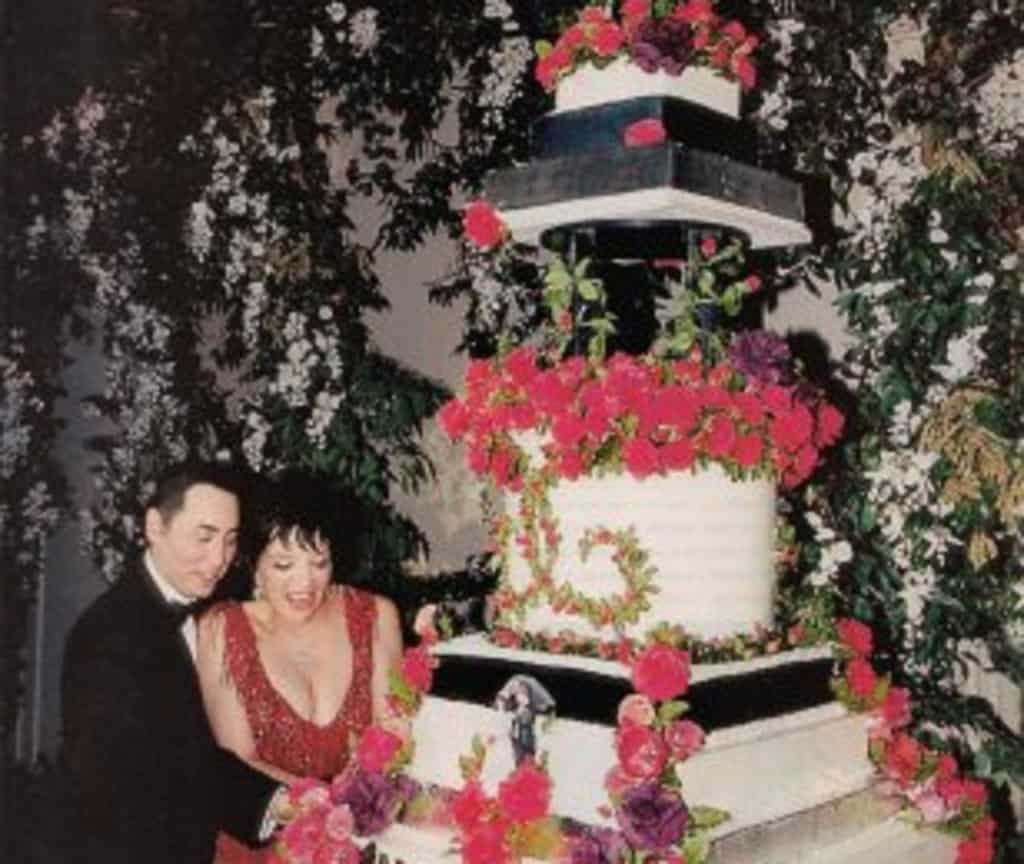 It was as unique as they were a couple. Liza Minnelli and David Gest’s wedding cake was 12 tiers of black and white with red and purple sugar roses. And it cost a whopping $40,000. 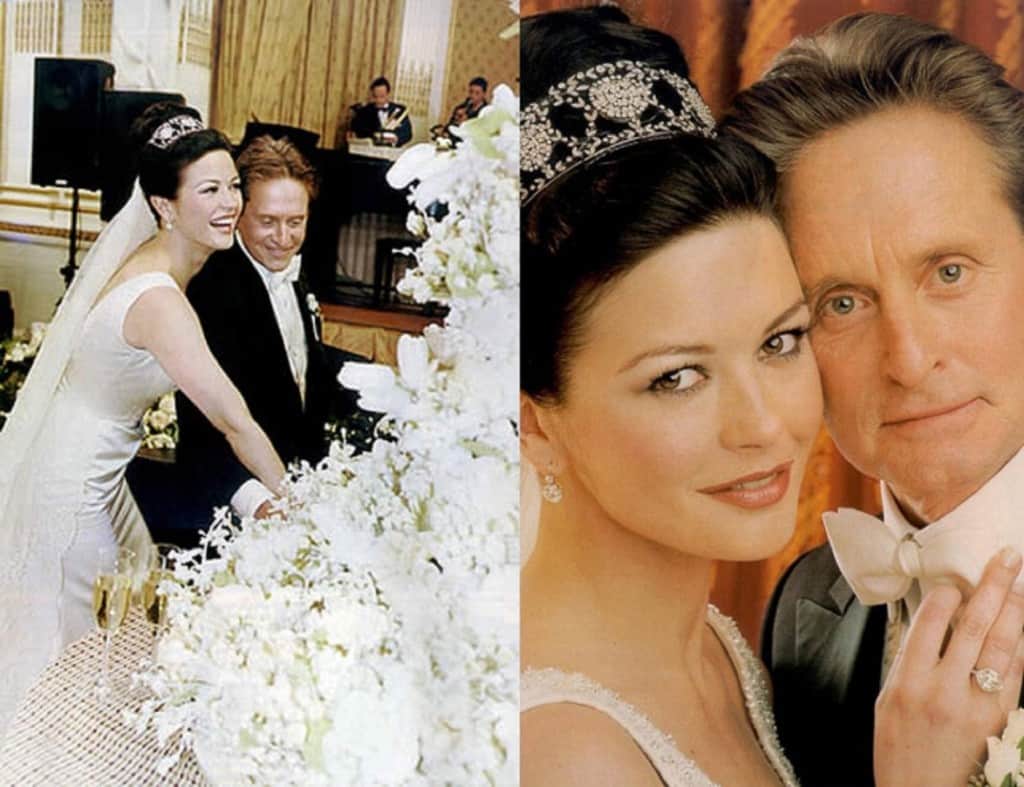 This masterpiece was created by the “Leonardo DaVinci of wedding cakes,” Sylvia Weinstock. The top two tiers of the six foot tall wedding cake had to be removed to fit through the ballroom door. This beauty and its thousands of edible sugar flowers costs $7,000. 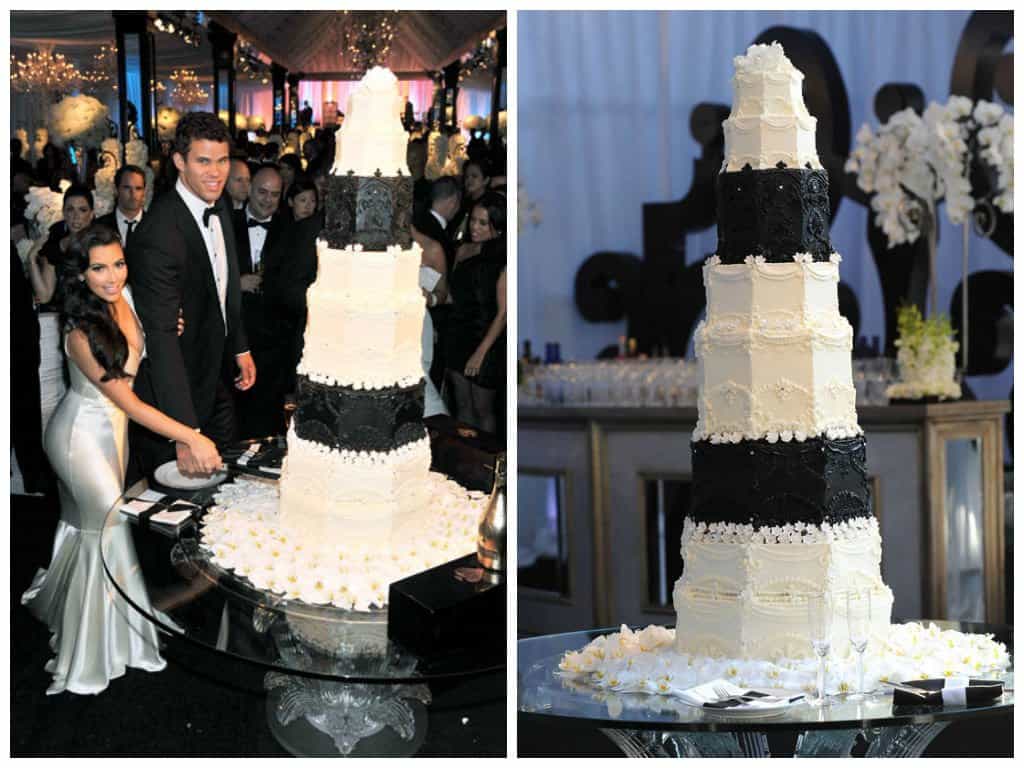 Kim Kardashian’s 8 foot tall wedding cake for her first marriage came in at $20,000. Patrick Hansen created the cake which served mostly as a photo op. It was too tall to cut so guests were fed sheet cakes. 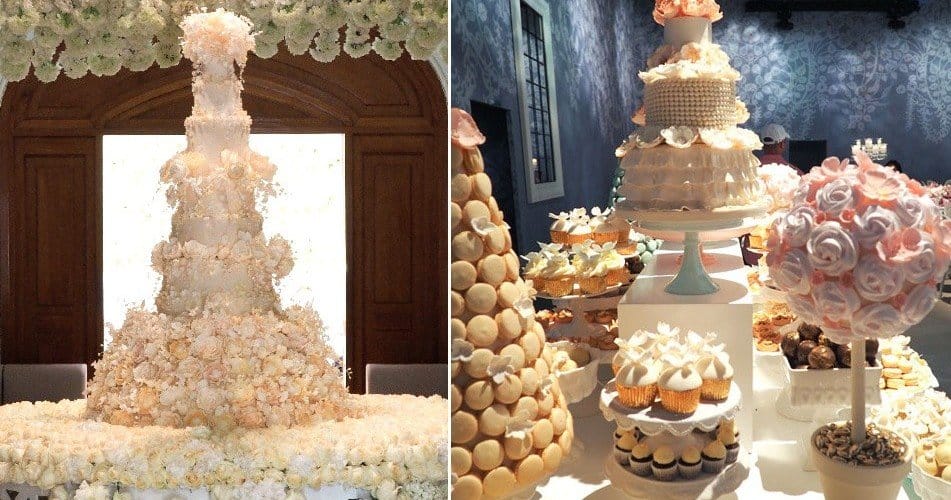 This cake by Rosalind Miller, and the accompanying table of baked sweets, were created for a royal wedding in the United Arab Emirates. 1,000 guests enjoyed the decadent cake which had hundreds of sugar flowers that took months to create. 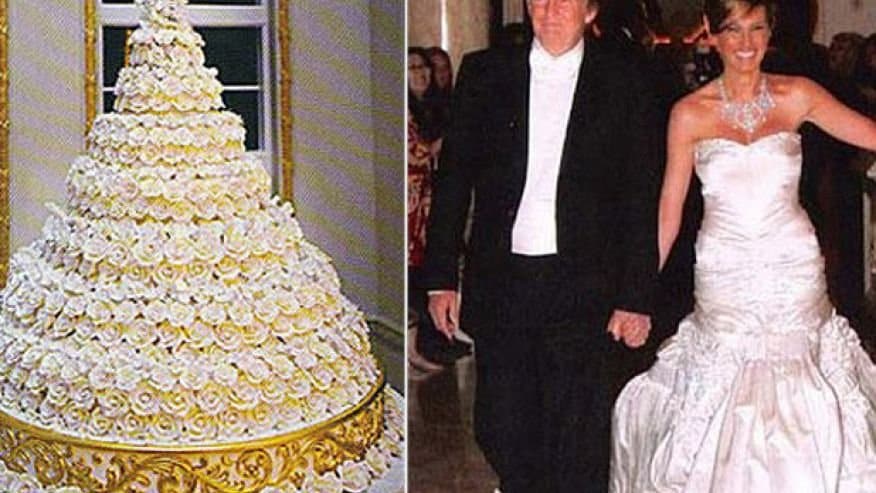 Of course Donald made the list. For his wedding to Melania Knauss, Chef Cedric Barbarat made a 5 foot tall, 200 pound, Grand Marnier chiffon wedding cake that was covered in 3,000 white icing roses.