10 Crazy Photographs Taken On The Subway

The subway is a beacon for the weird and wonderful. As a cheap and efficient way to get around the various cities that they run through, they attract people from all walks of life, meaning that any ride on one of a train is likely to lead to people seeing all types of strange things. This can manifest in bizarre characters who are wearing odd clothes while on their daily commute or crazy events that you would never expect to see. Whatever the case, the subway can certainly provide some downright strange sights. 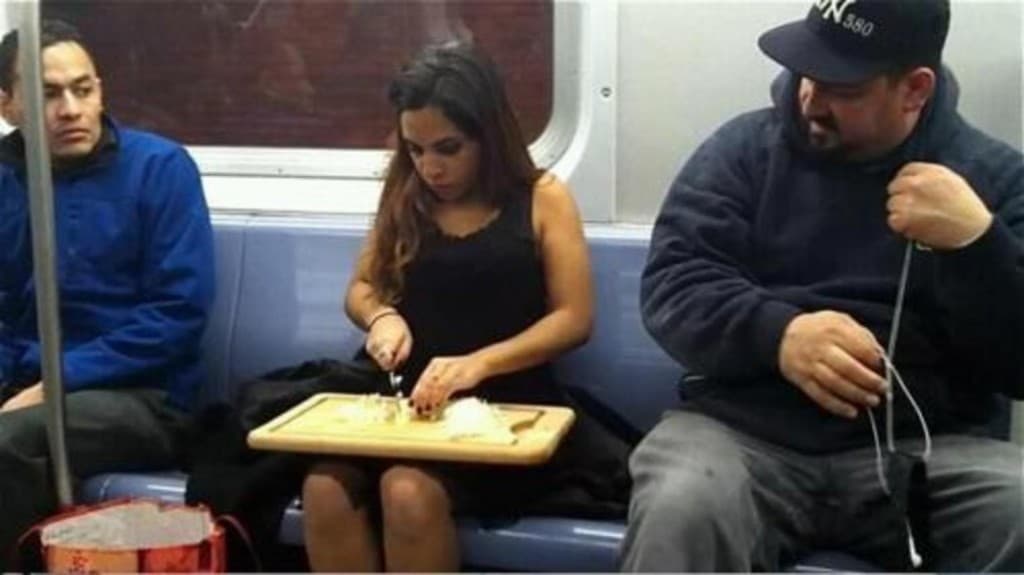 Sometimes there just isn’t enough time in the day to get everything done, so it can be beneficial to combine certain activities to be that bit extra efficient. 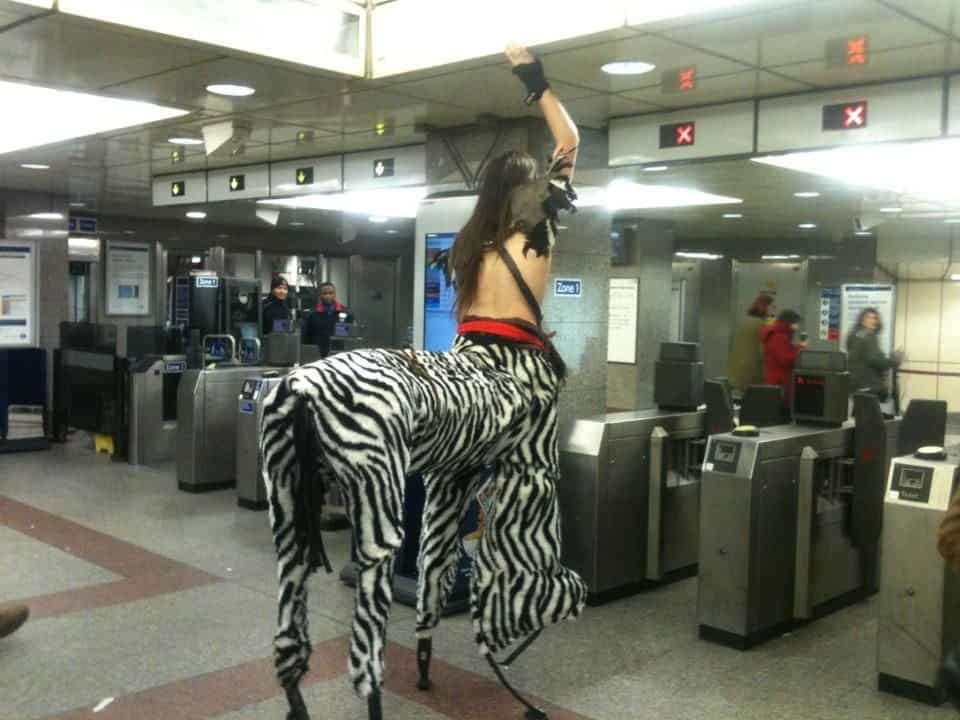 This centaur might struggle to get on the subway with that much height. 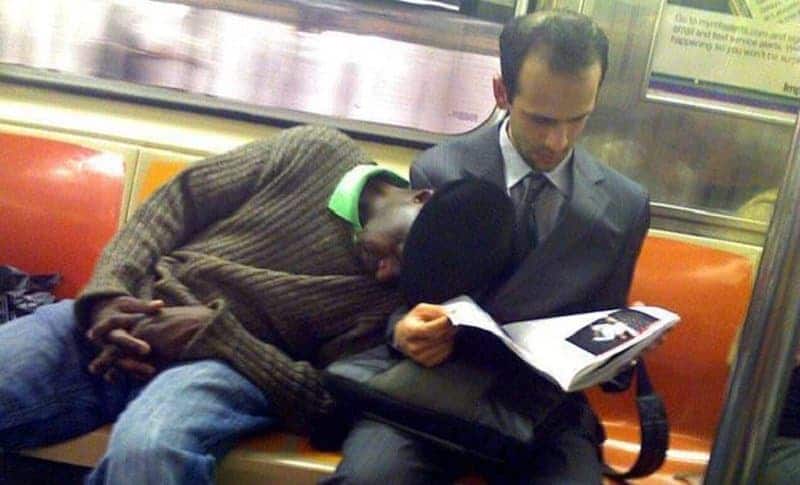 People clearly make the best types of pillows for those who need a little nap while travelling to work.

Who would ever have guessed that ninjas travel on the subway? 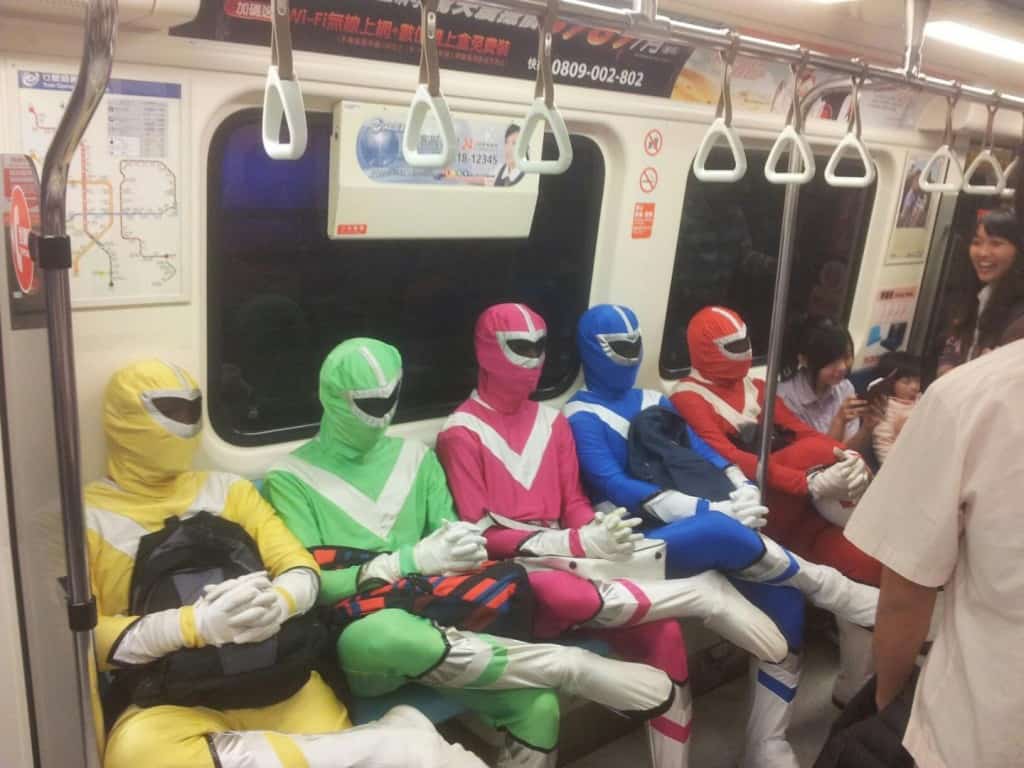 Having a group of Power Rangers on hand on the subway in case any trouble starts that requires a group of superheroes. 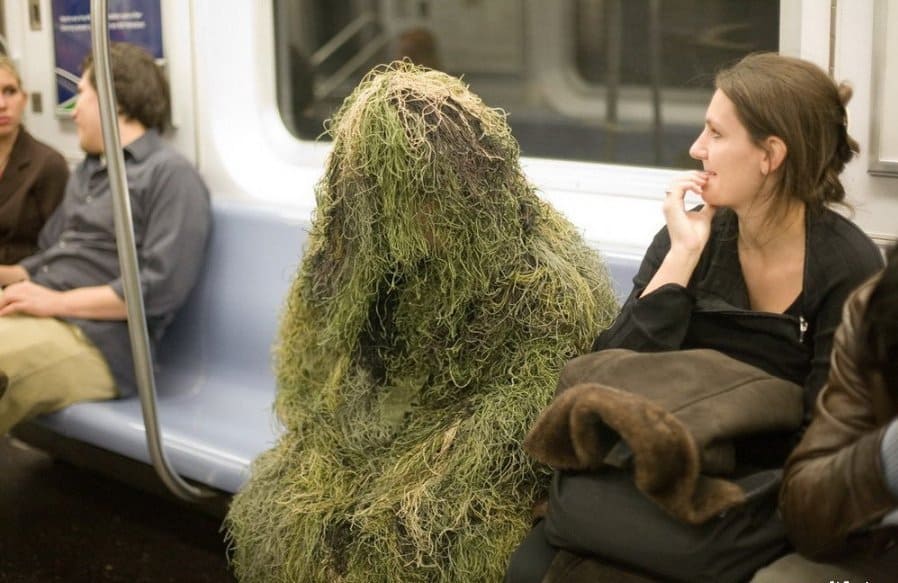 It is best to always be prepared because you never know when someone might launch an attack on you while you are travelling on the subway.

Not So Furious Rhino 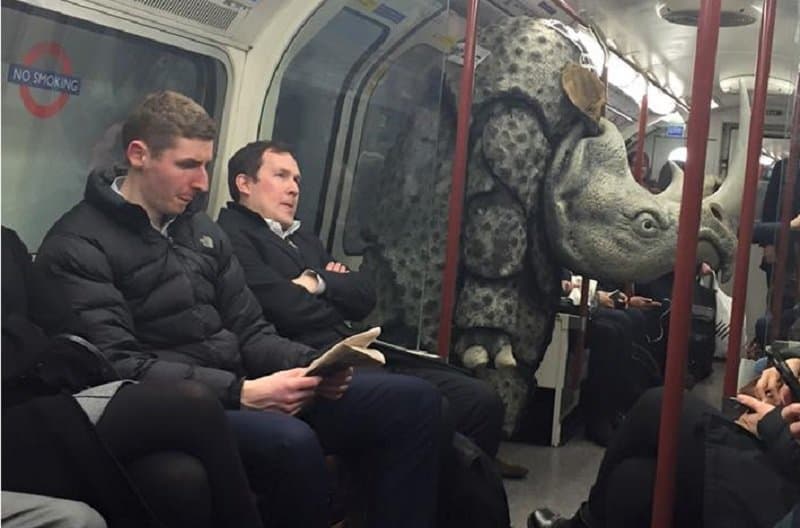 Even rhinos need to get around and there is no better way to do just that than on the subway. 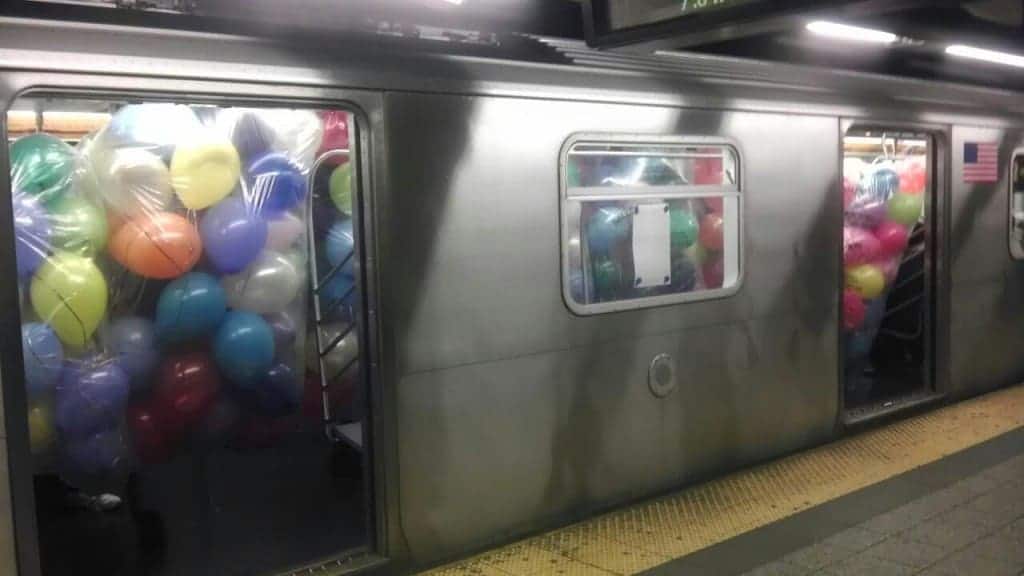 Surely it would be better to blow the balloons up when they arrive at the destination rather than transport them like this? 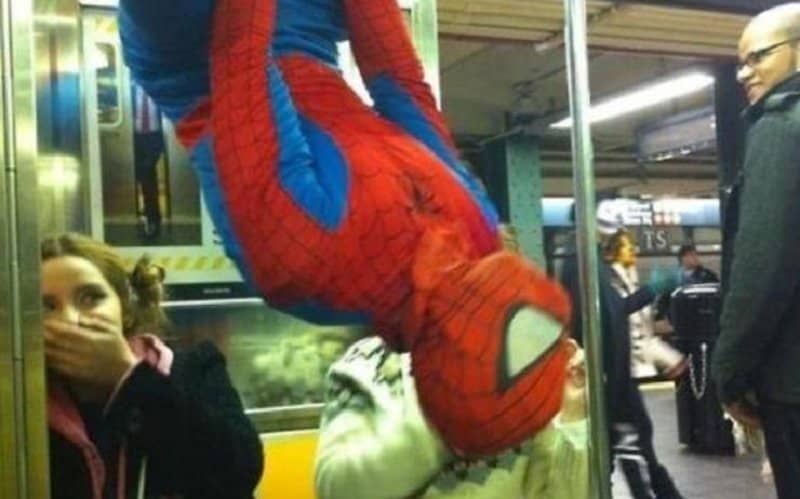 Web slinging from place to place can be pretty tiring, even for Spider-Man. 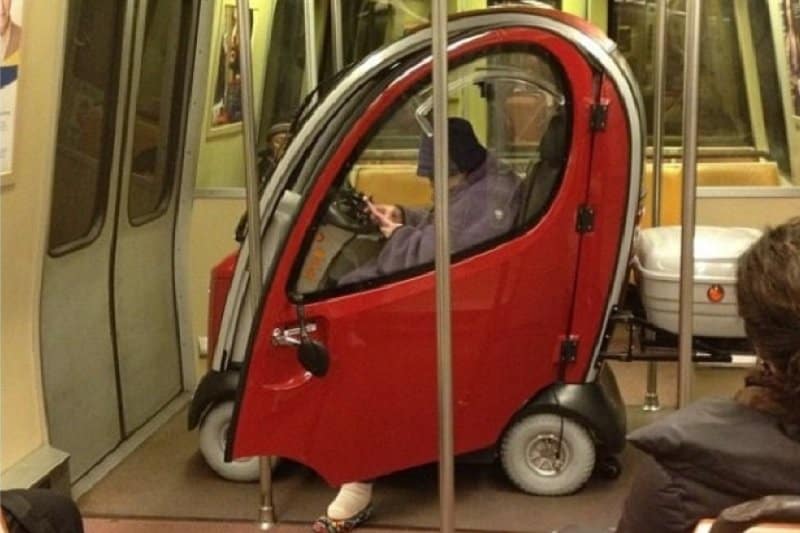 This woman obviously wants to save her tires from wear and tear, though the ticket price for a car must be pretty expensive.