Social networks have brought about the popular trend, the ‘Selfie’. Instagram, Facebook and Twitter are each partly responsible for this global self portrait phenomenon stretching across everyone’s news feed and profiles. Take a second and delve into your own imagination. What if superheroes joined these social networks? I’m pretty sure they would end up taking part in the worldwide pursuit for the perfect selfie. Even if they do have arguably the most difficult and time consuming job on the planet. Plenty of us average Joe schmoes take selfies while on the job, driving and during plenty of our daily activities. Afterall, isn’t that the essence of the ‘Selfie’, a self portrait at the perfect moment and just the right time. I traversed the web and dug up ten epic superhero selfies that can be considered for the ‘Selfie’ superhero heavyweight championship. 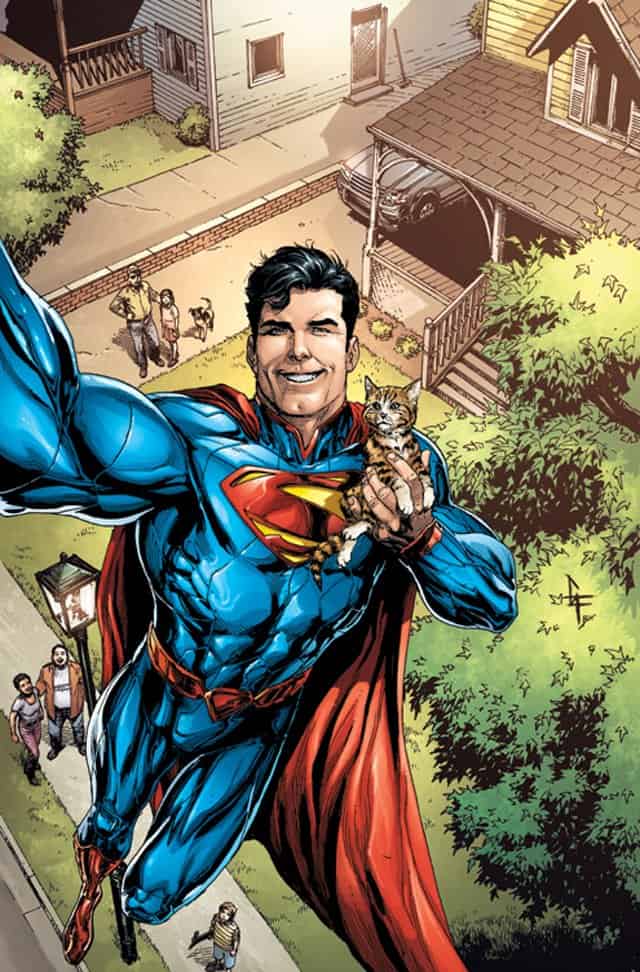 ‘Wait Let me take a selfie’. Superman makes a few samaritans wait before returning the rescued kitten to its owner. Cute selfie Clark, but a little too girly for the ‘Man Of Steel’, don’t you think? Definitely not championship material, just give the kitten back to the kid and try again. Maybe next time you can take one during an alien invasion or something.

9: RONNIE CATCHES BATMAN IN A SELFIE 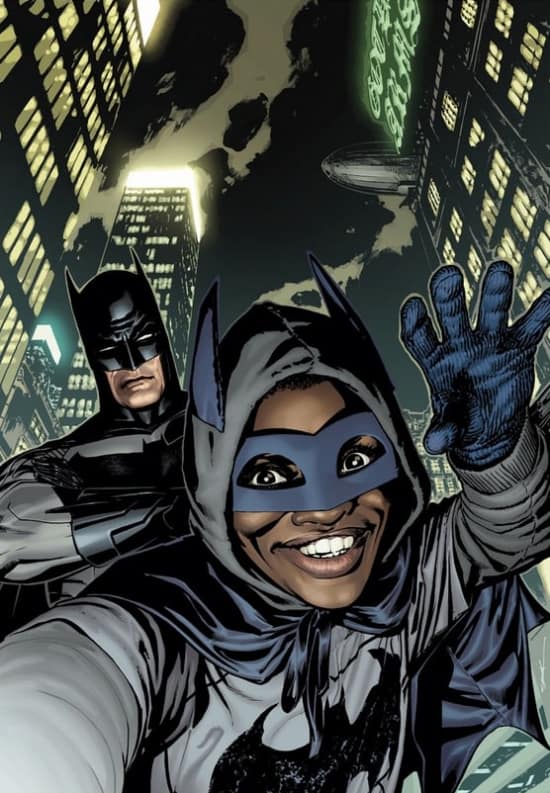 The most impressive thing about this selfie, he actually convinced Batman to take a selfie with him. Clearly Bruce isn’t feeling it, or maybe its the lame cosplay this kid put together. I’d say it’s the latter. Not top spot material, but I’m sure he got plenty of props at school.

8: BATGIRL SHOWS OFF HER NEW TOY 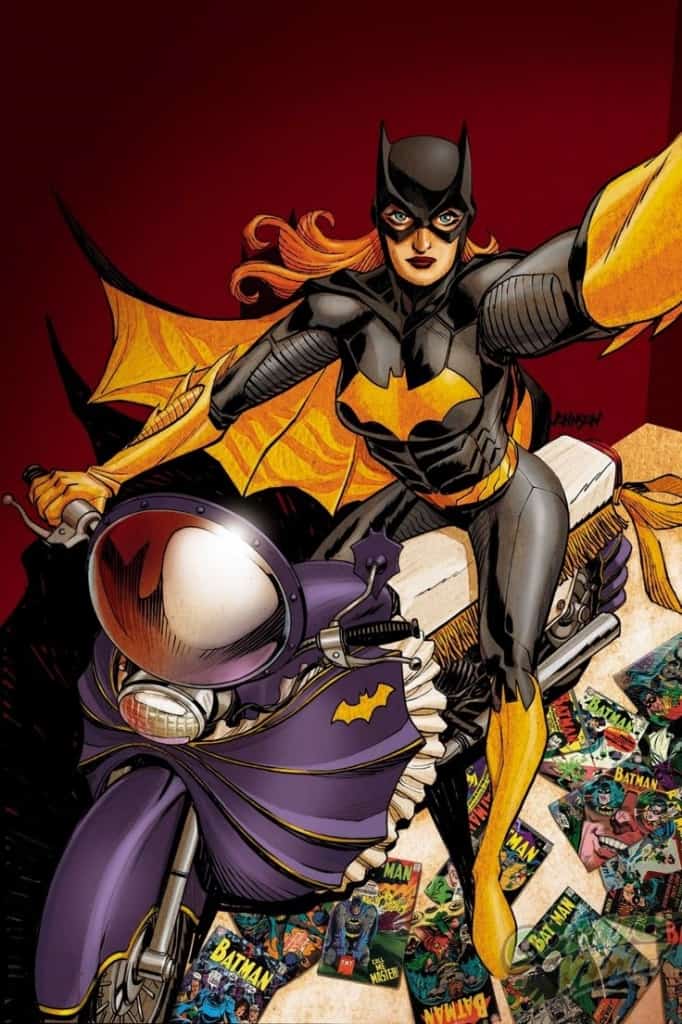 Awesome bike Batgirl, great angle too. This could be considered a pretty good selfie, if you weren’t riding your motorcycle all over a bunch of issues from the original Batman comic series. A little disrespectful Barbara, I know I’m a huge nerd, but those comics are really valuable.

7: WONDER WOMAN GETS A BIT PROMISCUOUS

We all love Wonder Woman, she’s a beautiful amazonian princess with the strength of a god. Her outfit has always been pretty sexy and we all know the rumors of her with Batman and Superman. But did she have to stick your tongue out with a statue. Not as bad as the ‘duckface’, but still pretty questionable Diana.

6: SUPERGIRL IS NEVER TOO BUSY FOR A SELFIE 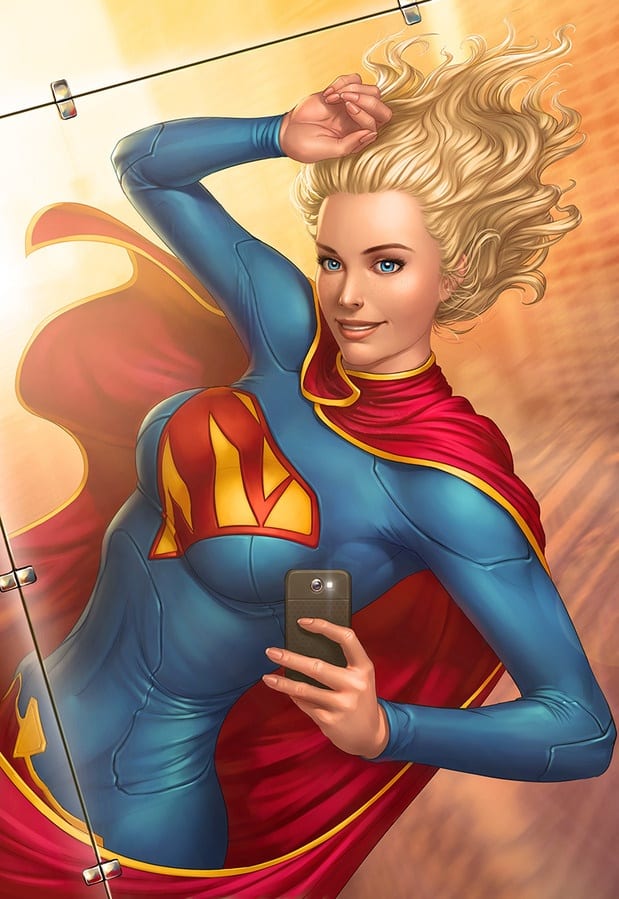 Supergirl has pretty much captured what the meaning of a real selfie is here. She’s flying around, see’s her reflection on a skyscraper window and decides to take a selfie. I sincerely hope someone didn’t just die because you wanted to share the moment on Instagram. 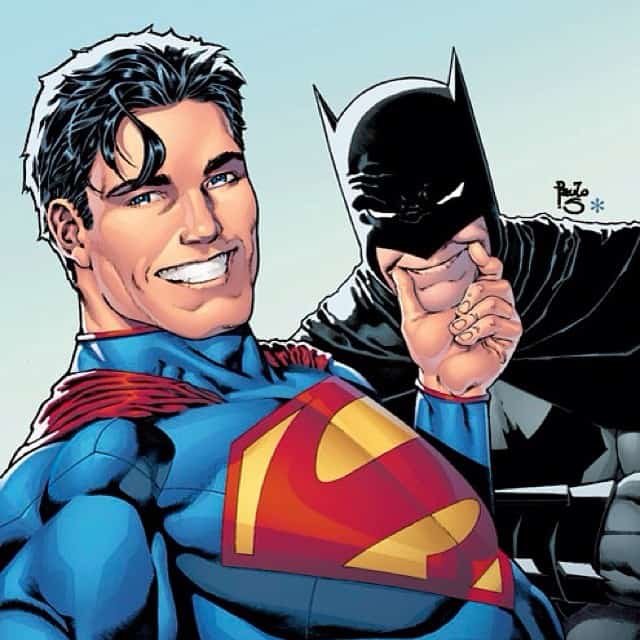 Of course Clark had force a smile on Bruce’s face. I’m sure Supes took the selfie faster than Bats could even realize. Think about it, would Batman really be caught dead smiling in a selfie. Hes all about not being seen and being mysterious. But still Superman deserves one of the top 5 spots for this quick prank, you redeemed yourself Superman. 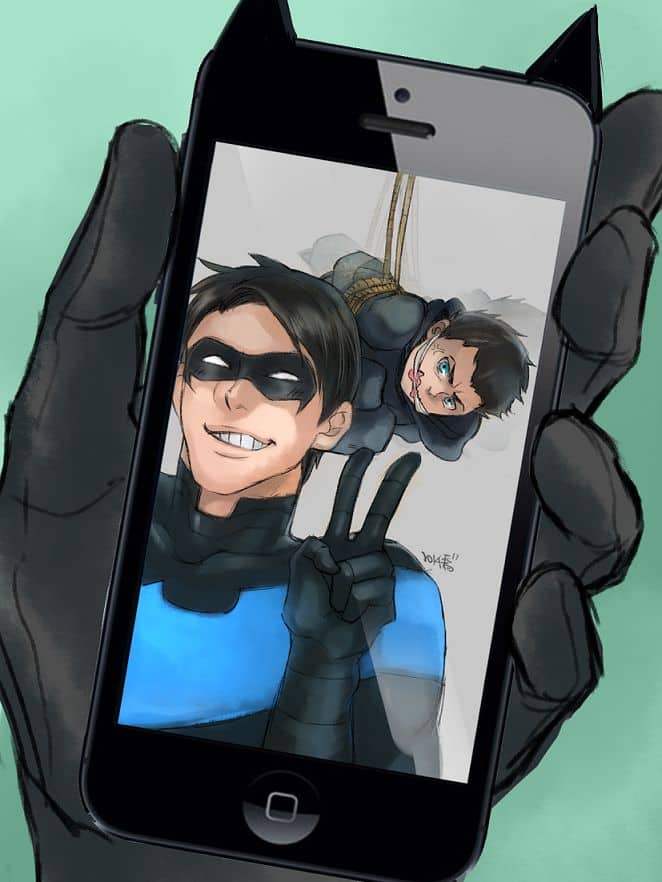 Nightwing takes the fourth spot with this hilarious selfie. Damien hog tied and gagged, most likely cause he was either attacking or annoying Grayson yet again. What an embarrassing picture for Damien, priceless for Dick grayson though. Well done Dick, well done.

3: THE RACE EVERYONE ARGUES ABOUT 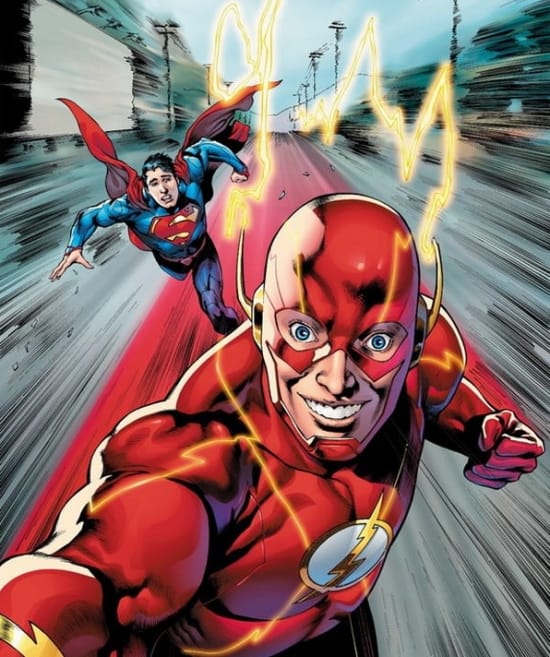 ‘Facebook Post Reads‘- Proof!!! I AM THE FASTEST MAN ALIVE! Superman CANNOT beat me in a race and I am tired of everyone thinking otherwise. Every single time, he trips just like now. @Superman Lol choke artist.

2: JIMMY OLSEN DOING WHAT HE DOES BEST

Of course Jimmy takes one of the top spots with this epic selfie. The kid was brave enough to be in the midst of a fight like that and flawlessly smiles while a car soars through the air behind him. Don’t know many people that would risk this much for the perfect selfie, but Jimmy does it for a living. 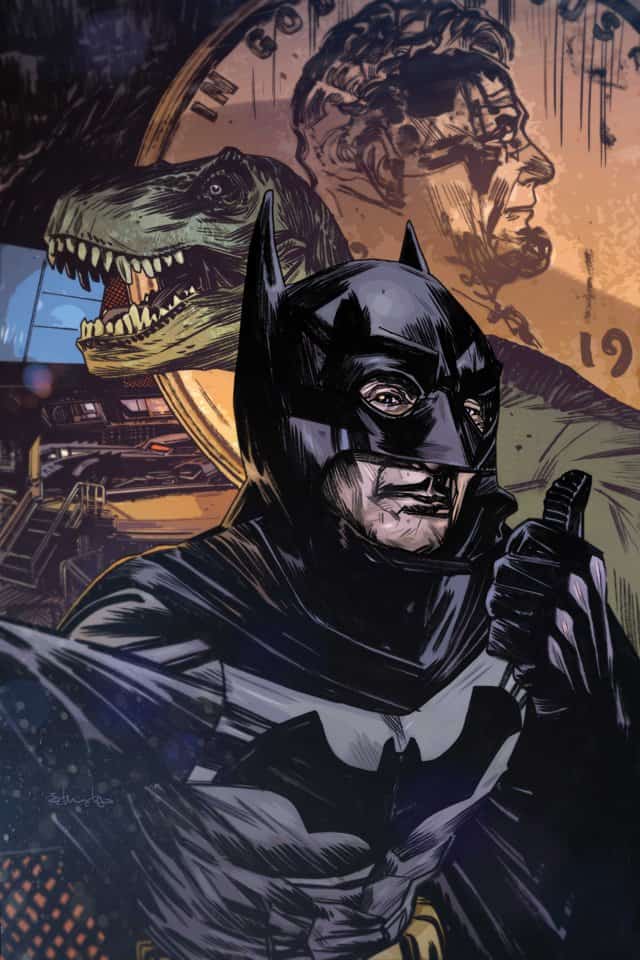 The winner of the superhero heavyweight selfie championship is none other than, ALFRED! Not sure how often he waits for Bruce to be asleep so he can get a chance to run around in the cowl, but that takes real cojones. Hopefully he’s not friends with Bats on any of his social networks because this would definitely boil Batman’s blood. Profile picture material right here.