10 Of The Strangest Cephalopods Lurking In The Oceans

Cephalopods can be distinguished by their boneless body, serpent-like tentacles, sharpened beaks, and their massive eyeballs. These include squids and octopuses, of which there are hundreds, if not thousands, of different species in the world’s oceans today. These creatures tend to be appear a bit like horror creatures or something from a science fiction movie. Despite this, they are also fascinating. Here are ten of the strangest cephalopods that you’ll ever see, and hopefully we’ll never encounter these in person. 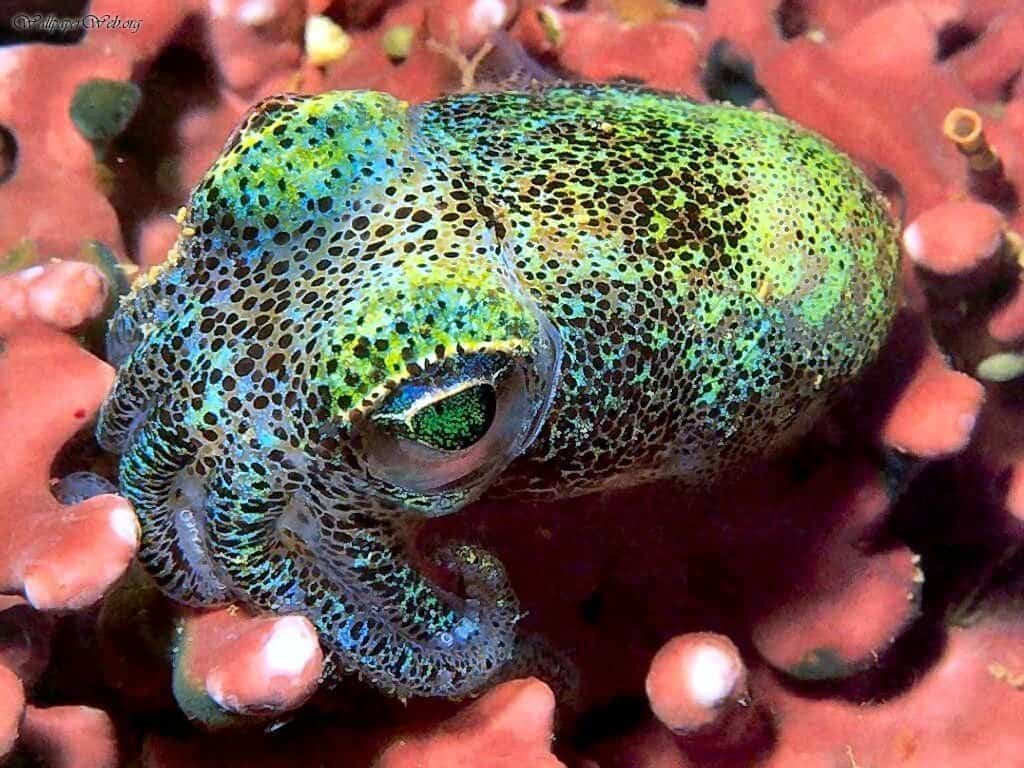 The Pygmy Squid is one of the smallest cephalopods in the entire world, at just under an inch long in total. They live along the blades of sea grass, and tend to flit around as if they were an insect in the ocean. 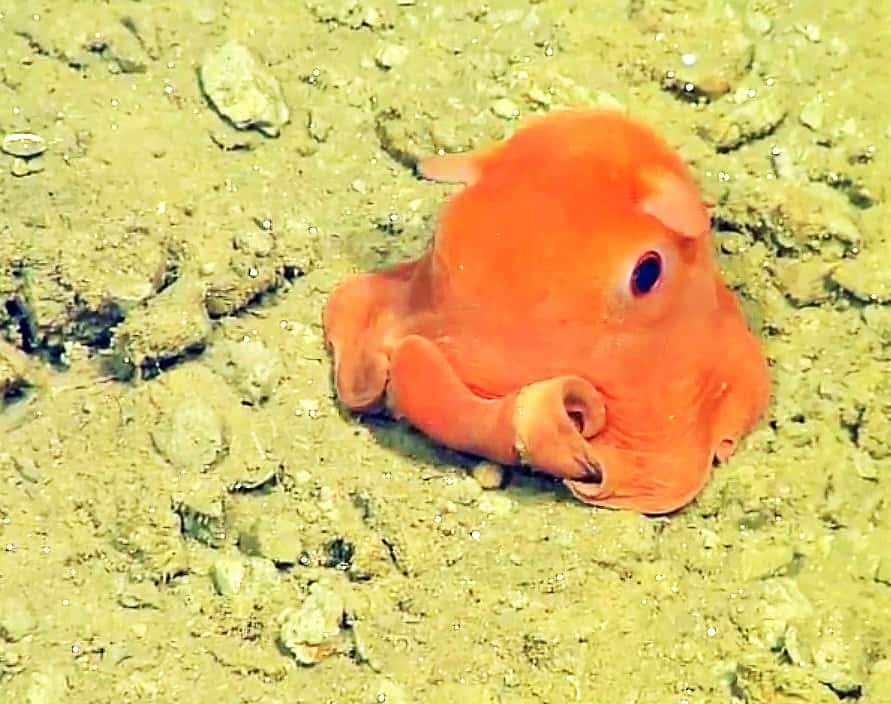 Flapjack Octopuses are a bit like a sheet ghost. They are smooth and have a saucer-like shape to their entire bodies, which makes them easily distinguishable from other species. It is unclear how they reproduce or what they eat, though.

The Spiny Cranch Squid, or glass squid, is easily recognized by their transparent body, which is perfect camouflage for under the ocean, especially in the dark. They can even inflate themselves to protect against predators. 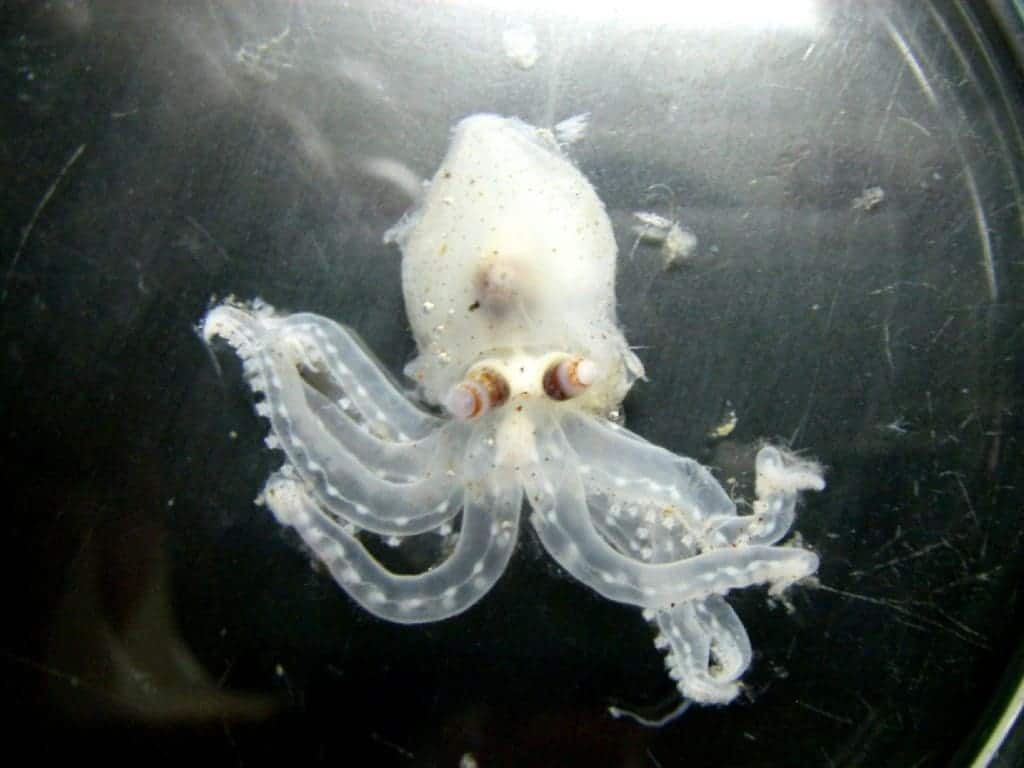 The Telescope Octopus is another deep sea dwelling octopus. They are distinguished by the bulging, tubular eyes, which are unlike any other cephalopod in the entire world. These stalk-like eyes can rotate to look for prey and predators. 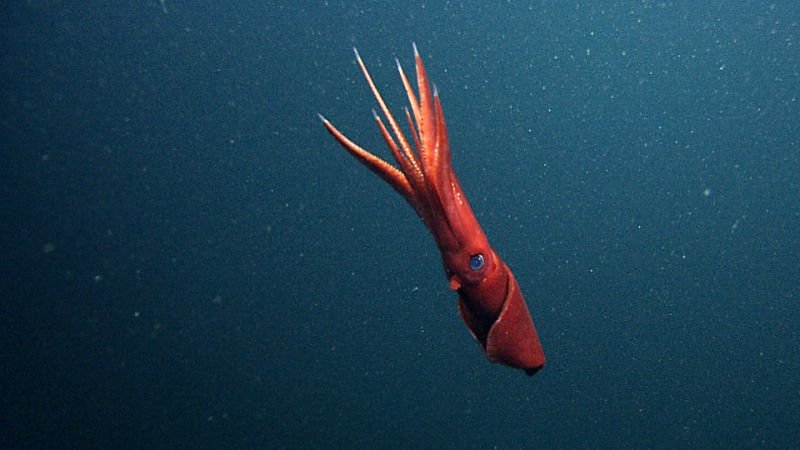 The octopoteuthis deletron appears like a typical squid in the deep sea, but they have an impressive defense mechanism that has shocked scientists and biologists. The squid is capable of removing its arms and throwing them at predators. 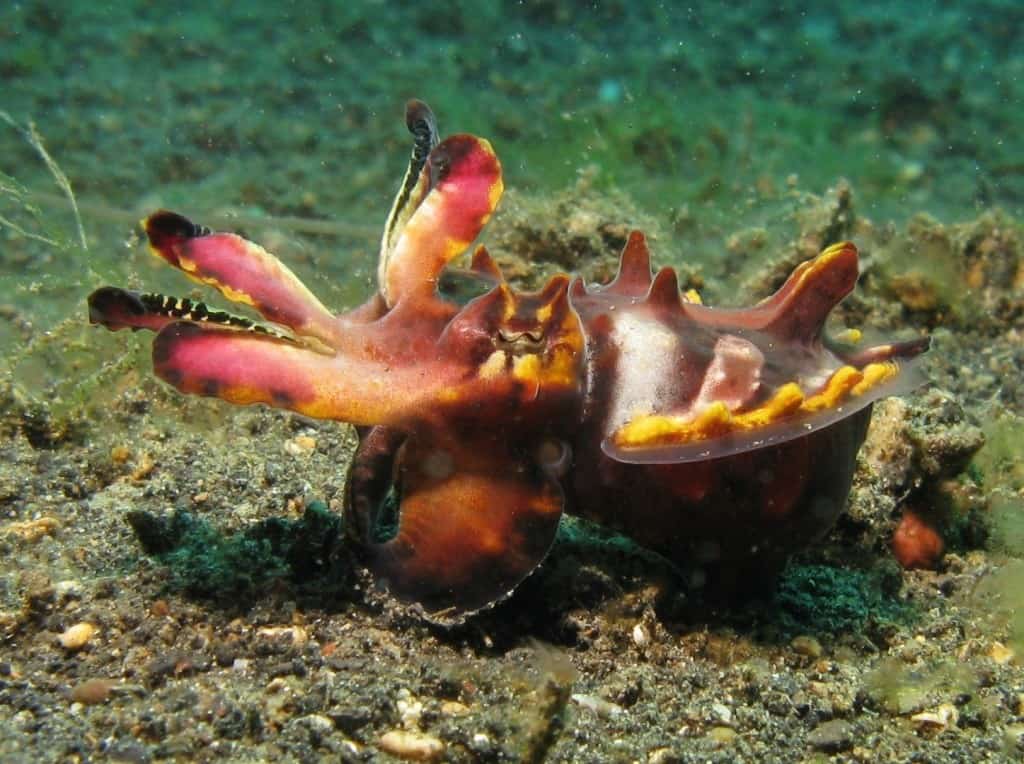 The Flamboyant Cuttlefish is known for their intelligence and impressive camouflage abilities. They can animate different patterns in order to confuse their prey and any predators attacking. Their flesh is poisonous, which helps. 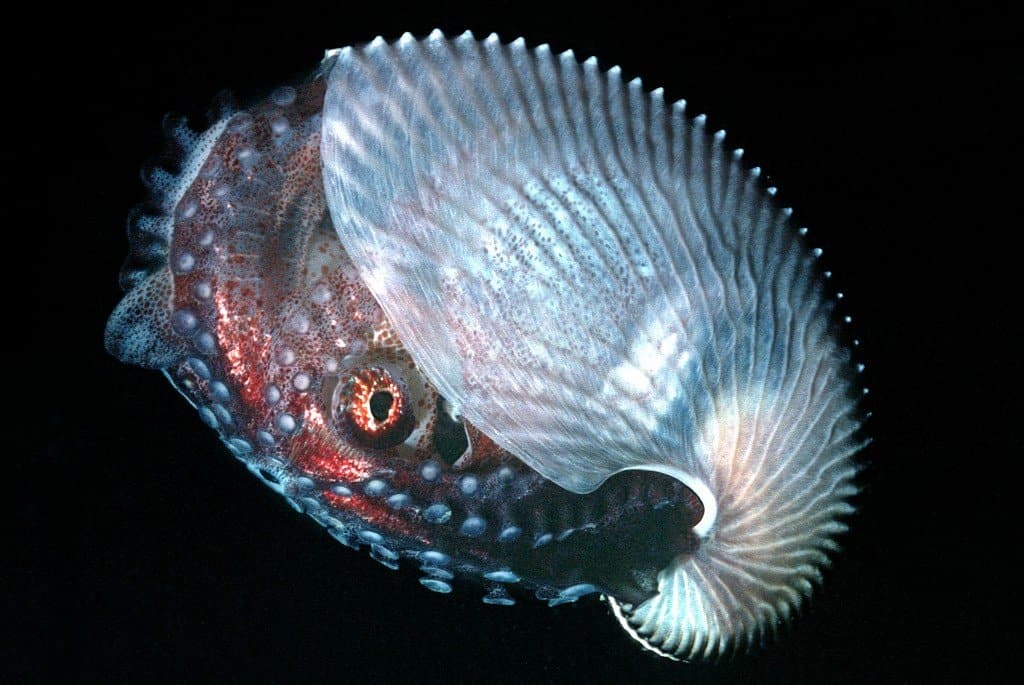 The Paper Nautilus, which are sometimes known as argonauts, are a tad bit mysterious. They are seldom-seen by scientists, but have been named for their paper-thin shell that the females use and carry with them for their eggs. 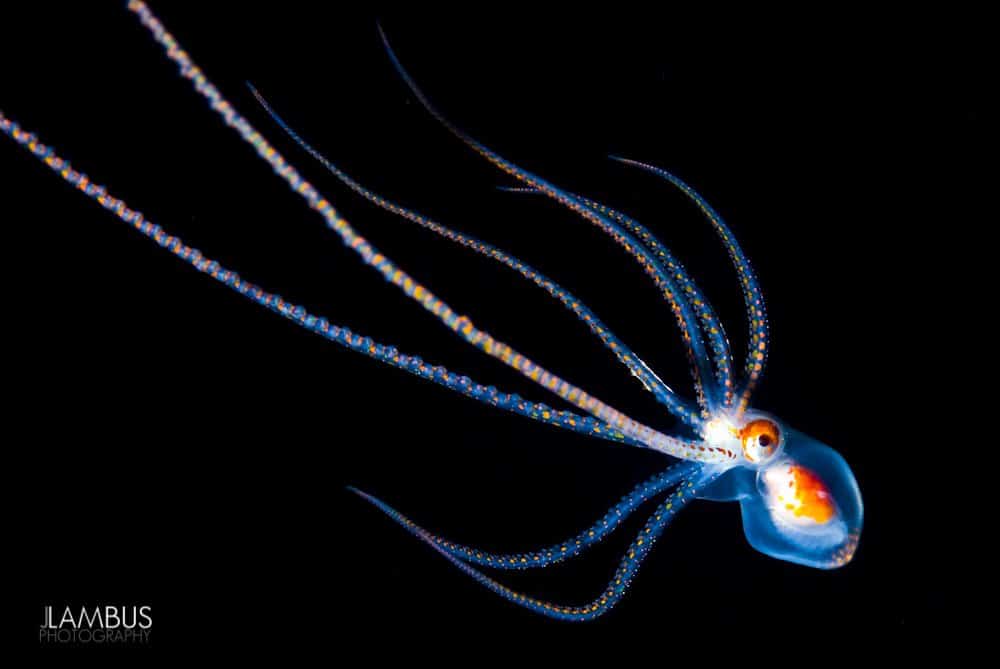 The Long-Armed Squid looks like something one would see in space. They have long arms that trail behind their bodies up to thirty feet or more. These tentacles are stretchy, and are used in defense and offense. 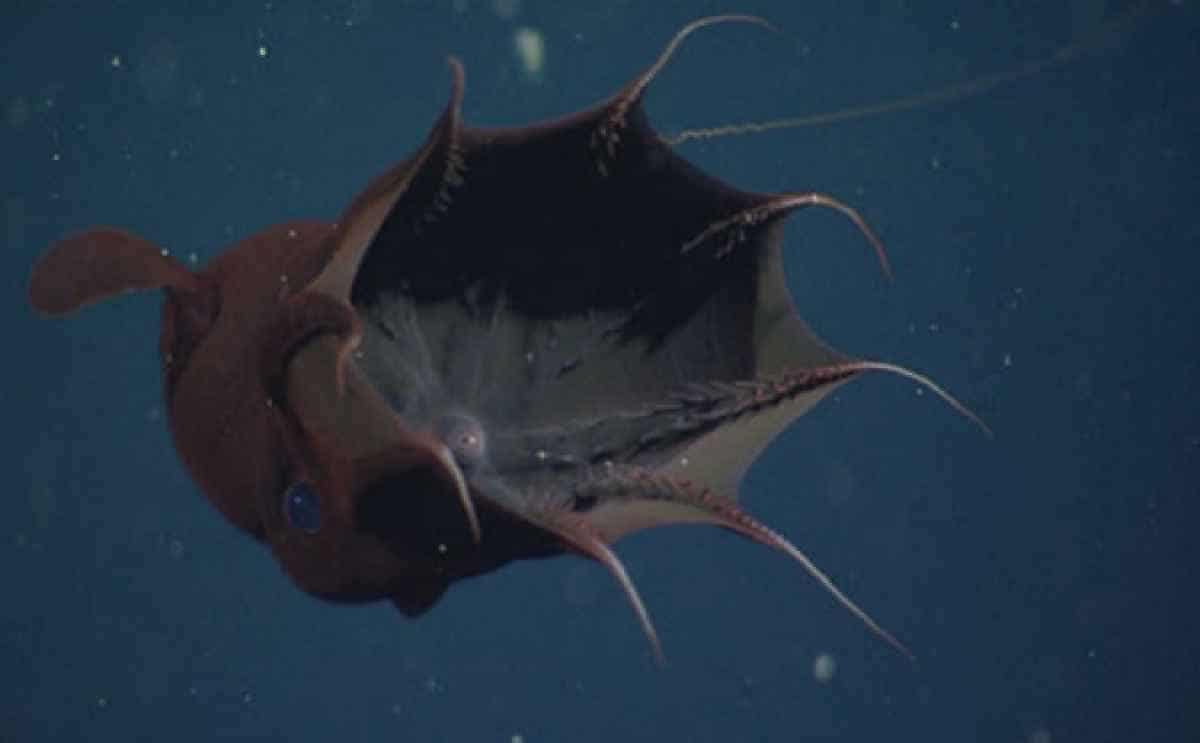 The Vampire Squid is a bit scary, as they have deep red skin and false eyes on the top of their head. Their tentacles have been joined in a web-like appendage, plus spines grow instead of the normal suckers. 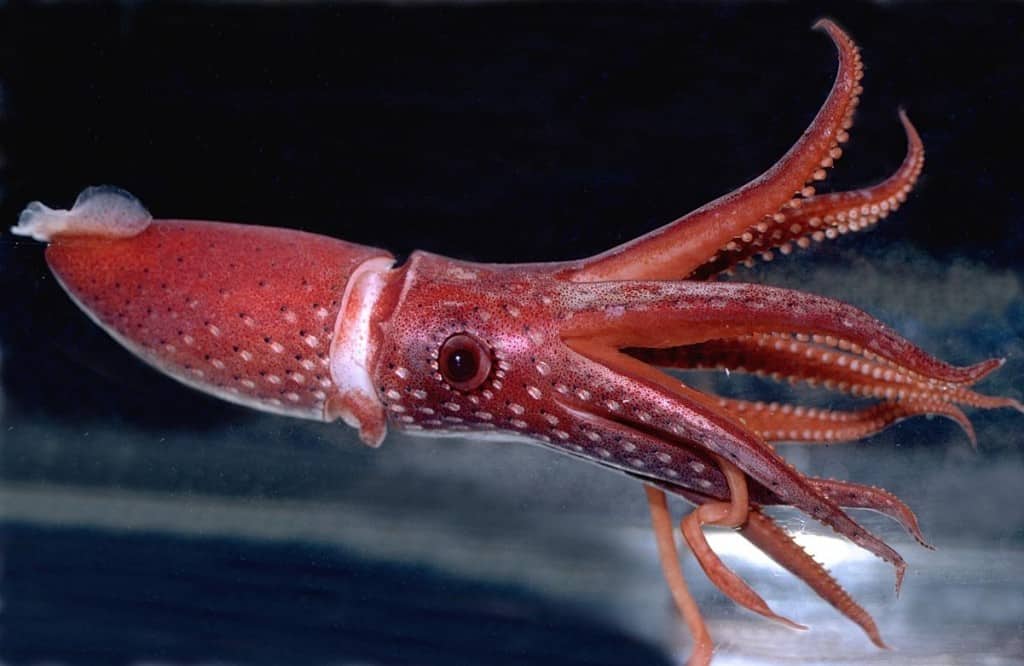 The Cock-Eyed Squid is another deep-sea dweller that lives in the pitch black without the use of their eyes. The squid have different eyes on each side of their body, which allow varying degrees of light to enter.